But will anybody be watching?

The future of motorsport is a sensitive topic for many racing fans. With smaller engines and hybrid powertrains becoming the norm, the future seems bleak. Long gone are the days where motorsport was home to gaz-guzzling, fire-breathing beasts with little care or thought for fuel economy and market relevance.

People have come to yearn for the ‘good old days’ of motorsport where the drivers where rough, the cars hard to tame, the tracks fearsome, and the racing hard. And while things are far more polished and professional now, the high-octane battle between highly-professional drivers may also be missed in decades to come if a vision into the future is any guide. The 14 year gap may not seem like a large leap, but when you consider how rapidly technology is changing in the motorsport world, it was a difficult task to say the least.

The end result is some spectacular looking concepts which would certainly make for great watching tearing around the Circuit de la Sarthe.

However, competitors also took into account adapting technology into their designs, with some bringing in the idea of a robot doing part, if not all, of the driving duties. 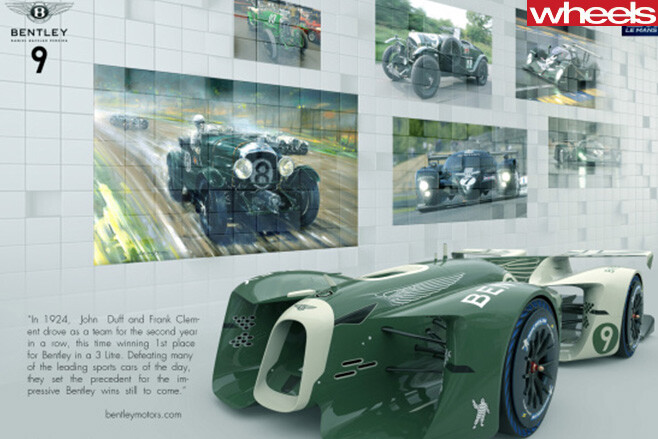 This raised an interesting debate in the Wheels office, would you watch a racing series contested by self-driving cars?

For me, hell yes. I grew up in the era of Robot Wars (for the uninitiated, that’s a television show where home-made robots would fight to the death in a display of glorious carnage), so the thought of watching a bunch of programmed cars careen into each other appeals immensely. Let’s not beat around the bush, crashes are a massive part of the appeal of motorsport. However, the fact incredibly talented men and women are put in danger every time something goes wrong turns that into a morbid moral crisis.

Taking the driver out of the equation means the carnage can be viewed guilt free. On the other hand, the human element is a vital part of the appeal in racing. Wheels Deputy Editor Alex, and journo Ryan, were both adamant a driverless race series held zero appeal. What’s the point in watching perfectly programmed cars take the perfectly programmed racing line all day, they argue.

So we put it to you. Would you watch a driverless race series in 2030? Can the appeal of techno-carnage outweigh the lack of having a skilled driver behind the wheel?