Allow me to give you a glimpse into my internal monologue as I stepped onto the lawn at this year’s Goodwood Festival of Speed. It was my first time at Lord March’s garden party and my thought process went something like this.

“Oh look, there’s Ken Block. Cool. And that’s Jackie Stewart, isn’t it? Wait … is that a Porsche 917? It is a Porsche 917! WOW! Hang on, there’s two of them. And there’s another one. And ano…” This went on for some time, until I realised I was standing, mouth agape, next to 11 examples of one of the world’s most iconic endurance racers. “But … Porsche only made 50…” I whispered to myself. 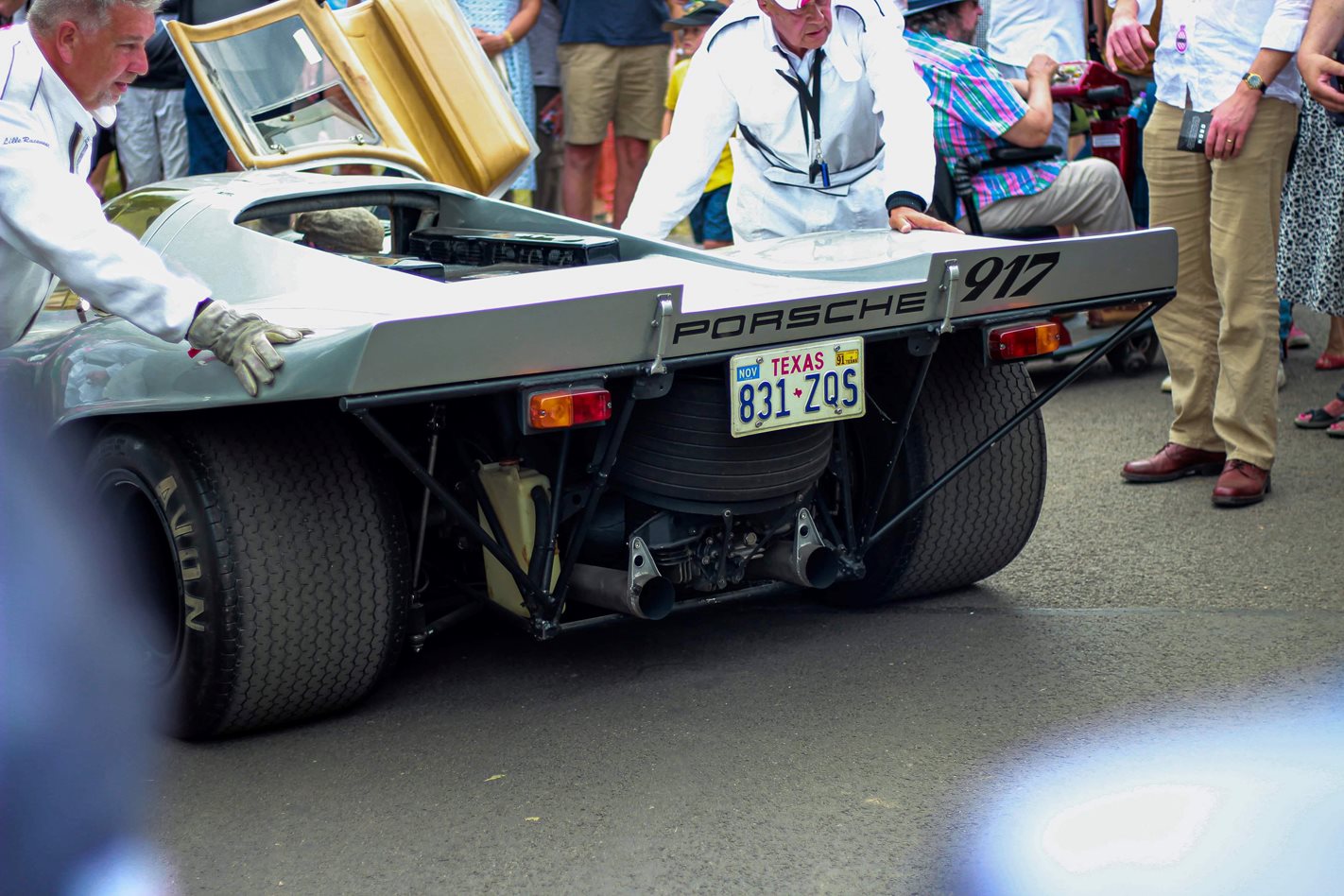 They even had my favourite – the actual red and white Salzburg car that took Porsche’s first victory at Le Mans in 1970 – and as I hovered around it, mouth slowly opening and closing like a dumbfounded goldfish, the most brilliant thing happened.

With the confidence of men who’ve done this a thousand times before, three neatly dressed mechanics descended on the 917, whipped off the engine cover, clipped on some jumper leads and fired it up. The big flat-12 coughed, spluttered and then caught, dousing the swelling crowd of stunned onlookers in an enormous cloud of smoke. Collectively, we breathed deep. 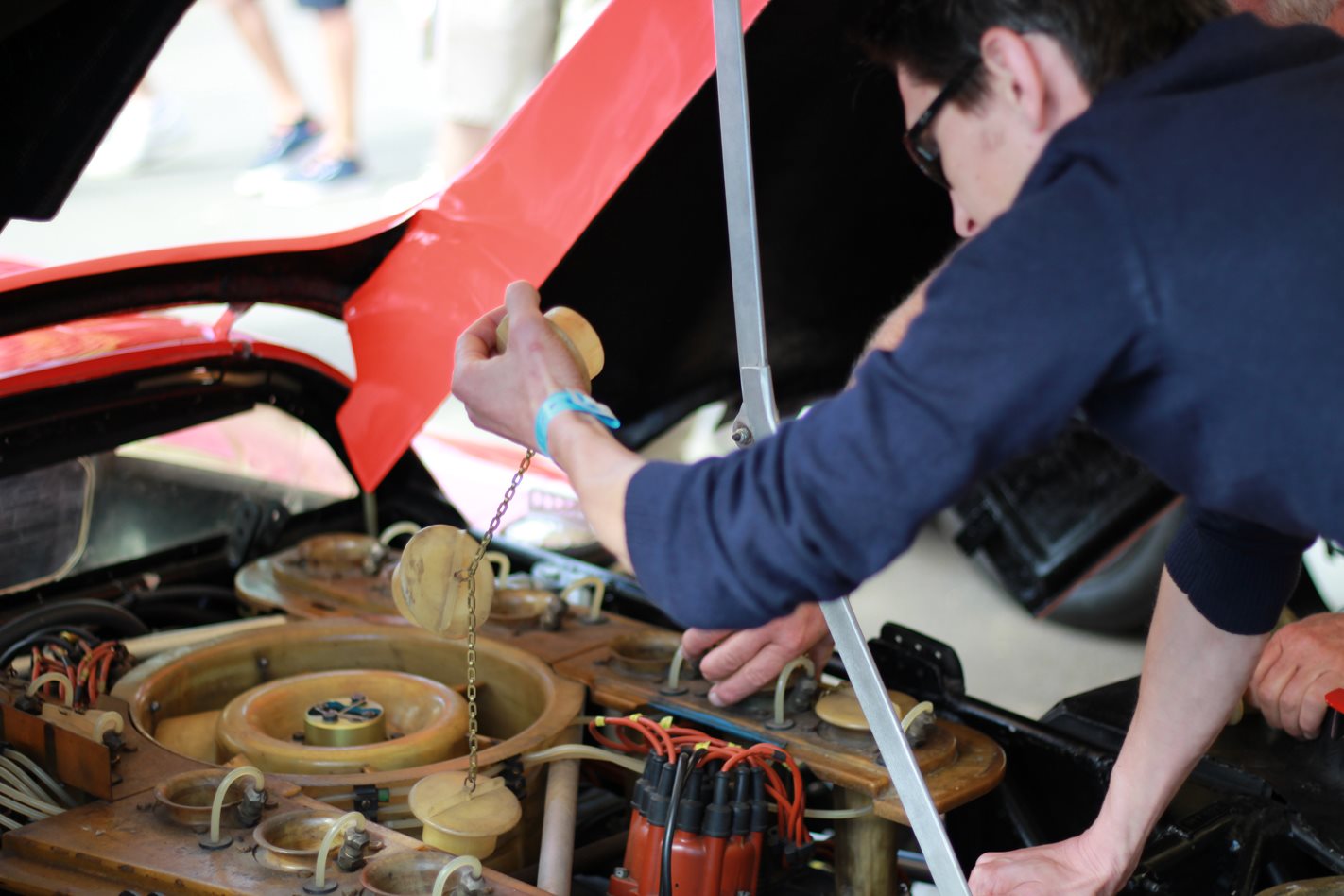 So there I was, barely five minutes in, and already thinking Goodwood might be the best motoring event I’d ever been to. Then I was strapped into the passenger seat of a Volcano Yellow McLaren P1, and as its driver, English GT racing hot-shoe Charlie Hollings, slid and skidded his way up the iconic hillclimb, I knew for sure that it was.

VIDEO: Best footage from the Goodwood Festival of Speed 2019

It’s the cars we’ve all come to see, obviously, though strangely, they aren’t what make Goodwood so special. It’s the access. Far from keeping punters at arm’s length, Goodwood encourages you to get as close to the priceless machinery as you dare. At one point I watched in sick fascination as a small boy dragged his smudgy mitts down the side of a Bugatti Type 57 SC Atlantic Coupe. He then tried to squeeze his fat little fingers into vents that ran along its bonnet. No one flinched. 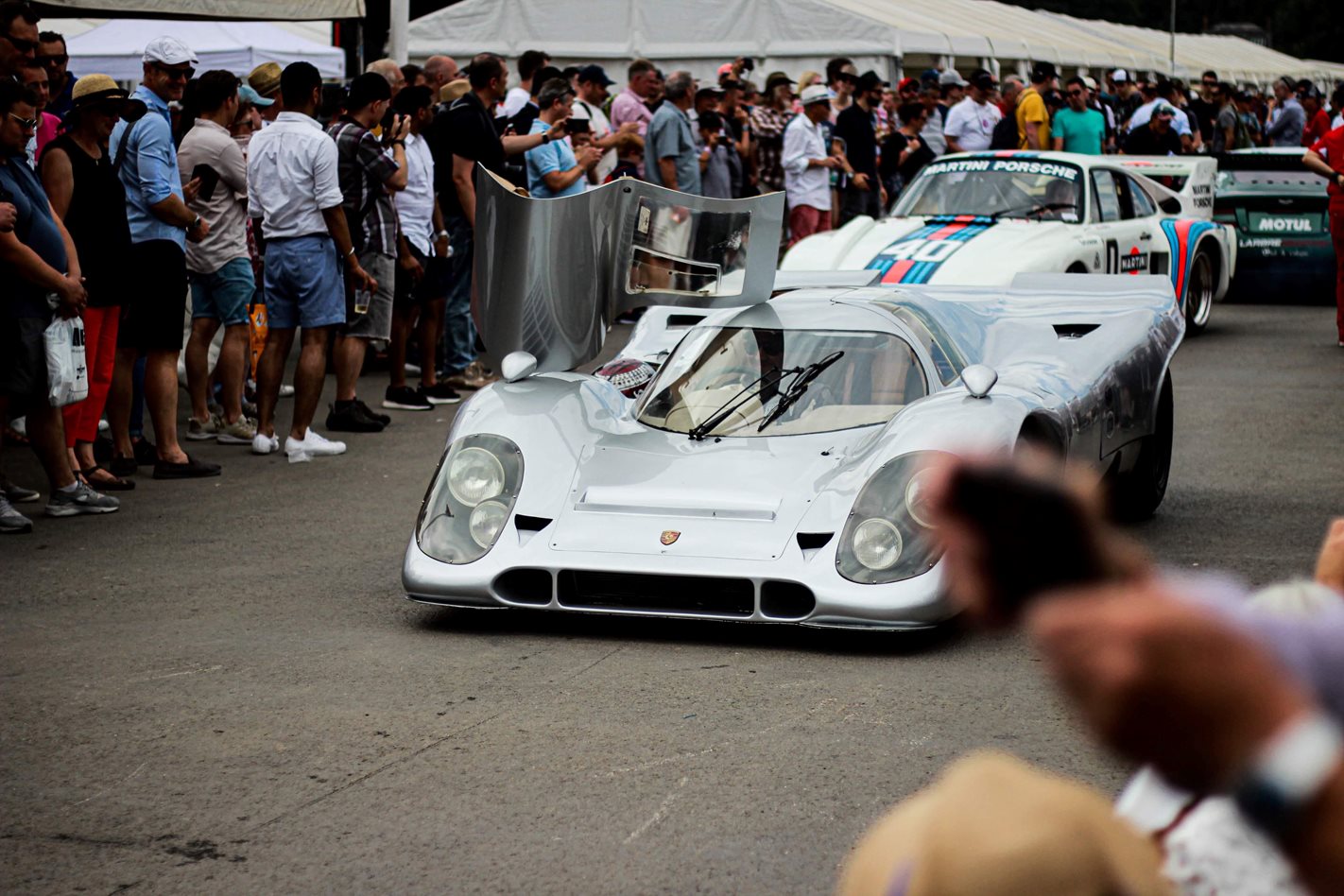 And it’s not only the metal that’s in close proximity. I literally bumped into Bruno Senna as I walked through the crowd, and not long after, I found myself chatting to Derek Bell, who was pretending to be interested in what I was saying as he reacquainted himself with the 917 he raced at Le Mans in 1971.

But the very best part was the people watching. Not the pop stars or the movie stars or the Instagrammers and YouTubers, but the mums and dads with kids perched on their shoulders. With eyes wide as cars flew by, you could see the next generation of petrolheads being formed. 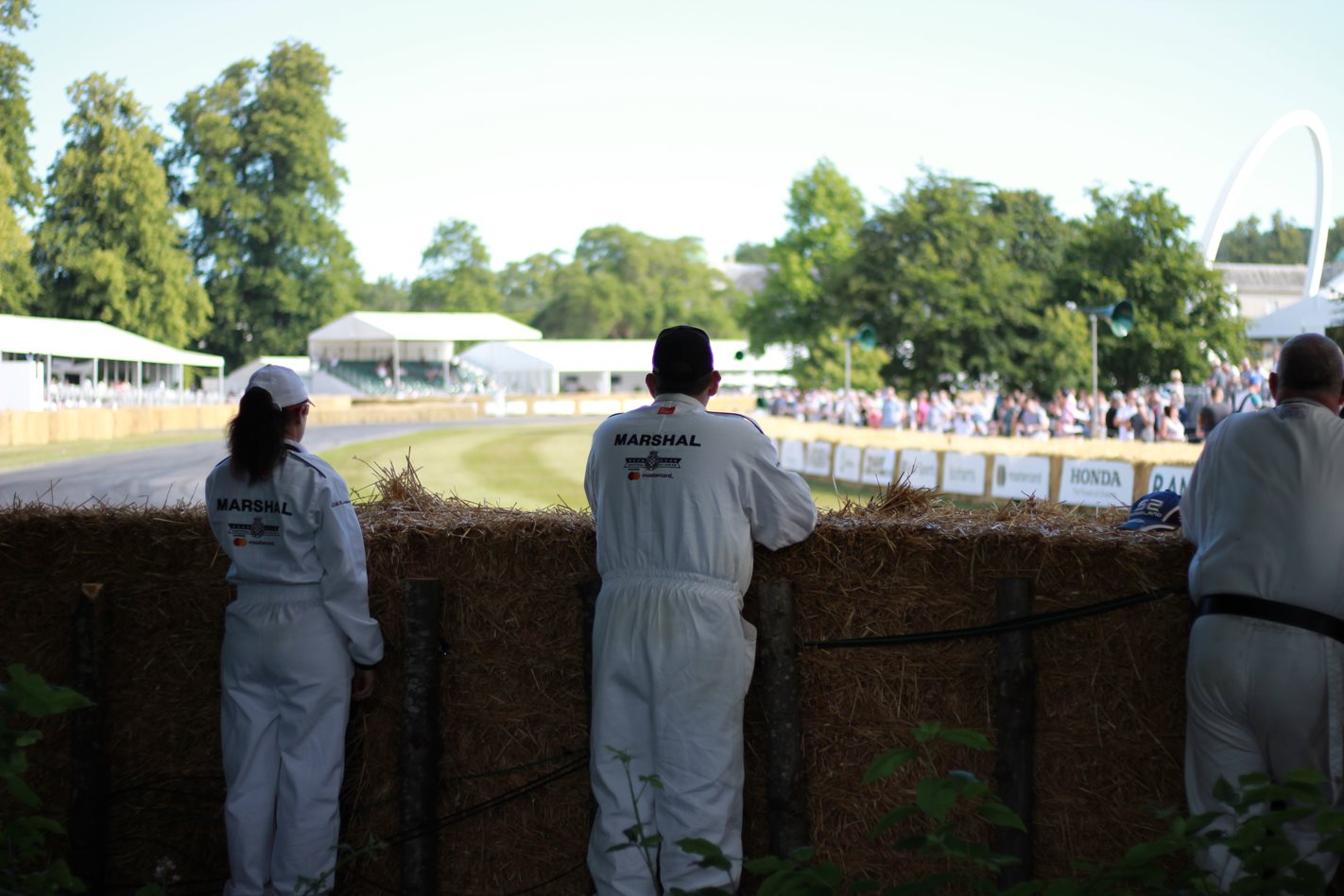 So predictably, Goodwood is brilliant. If it isn’t on your bucket list, it should be, though it does make you wonder if Australia could ever hold an event of similar magnificence. I asked Mark Webber that very question, and in typical Webber fashion, he didn’t hold back.

I nodded sagely, but I did wonder if he was being a little harsh. Australia does have events that capture parts of the Goodwood magic. The Phillip Island Classic is one. Motorclassica is another. And for a while there, it looked like Adelaide was onto something with its Motorsport Festival. Plus, there are rumblings that a Goodwood-style event is about to be added to the roster at Bathurst.

Until then, however, there is another way to get 90 percent of the Goodwood experience without the 24-hour flight. New Zealand’s Leadfoot Festival is said to be just like a mini Goodwood. Only 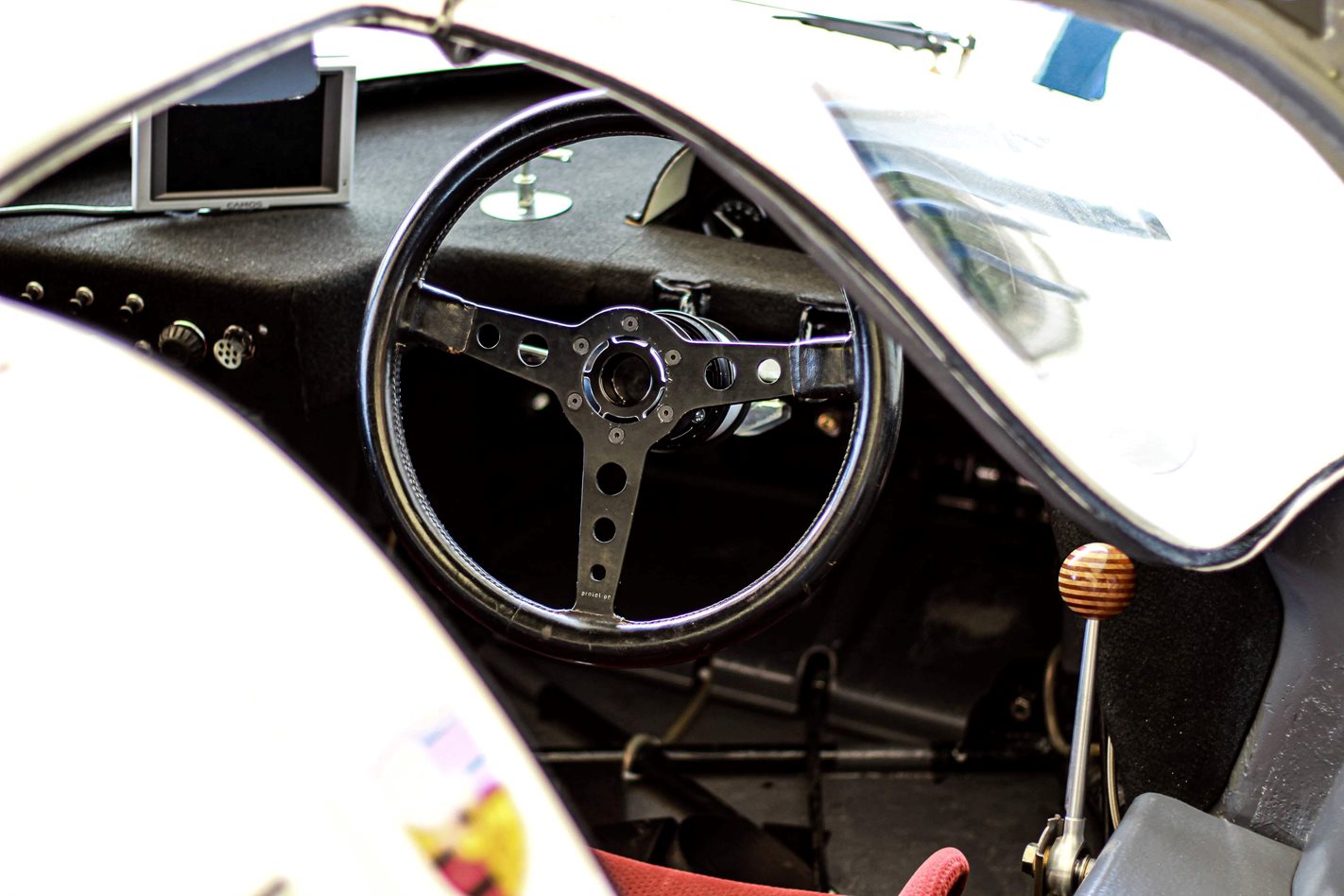 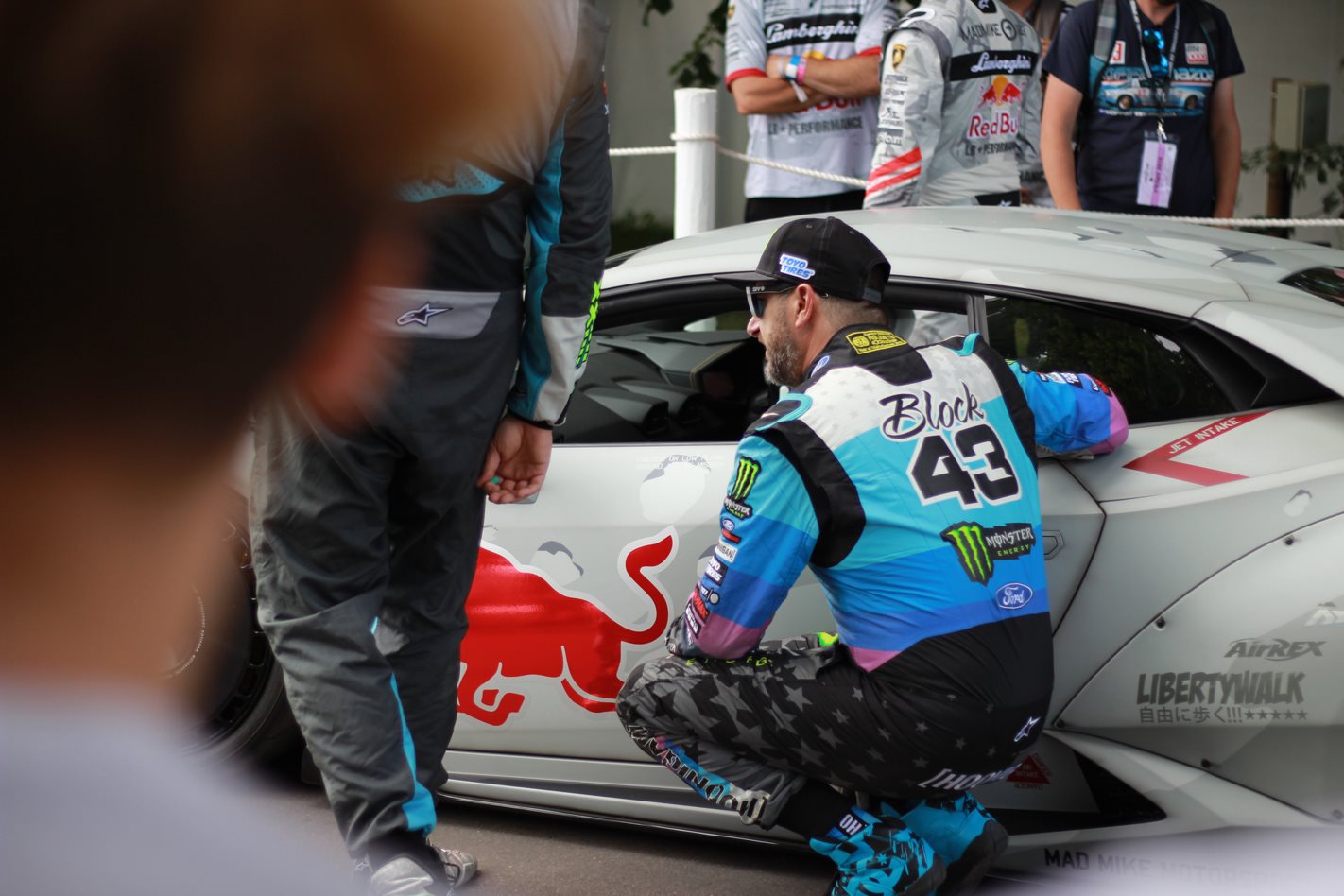 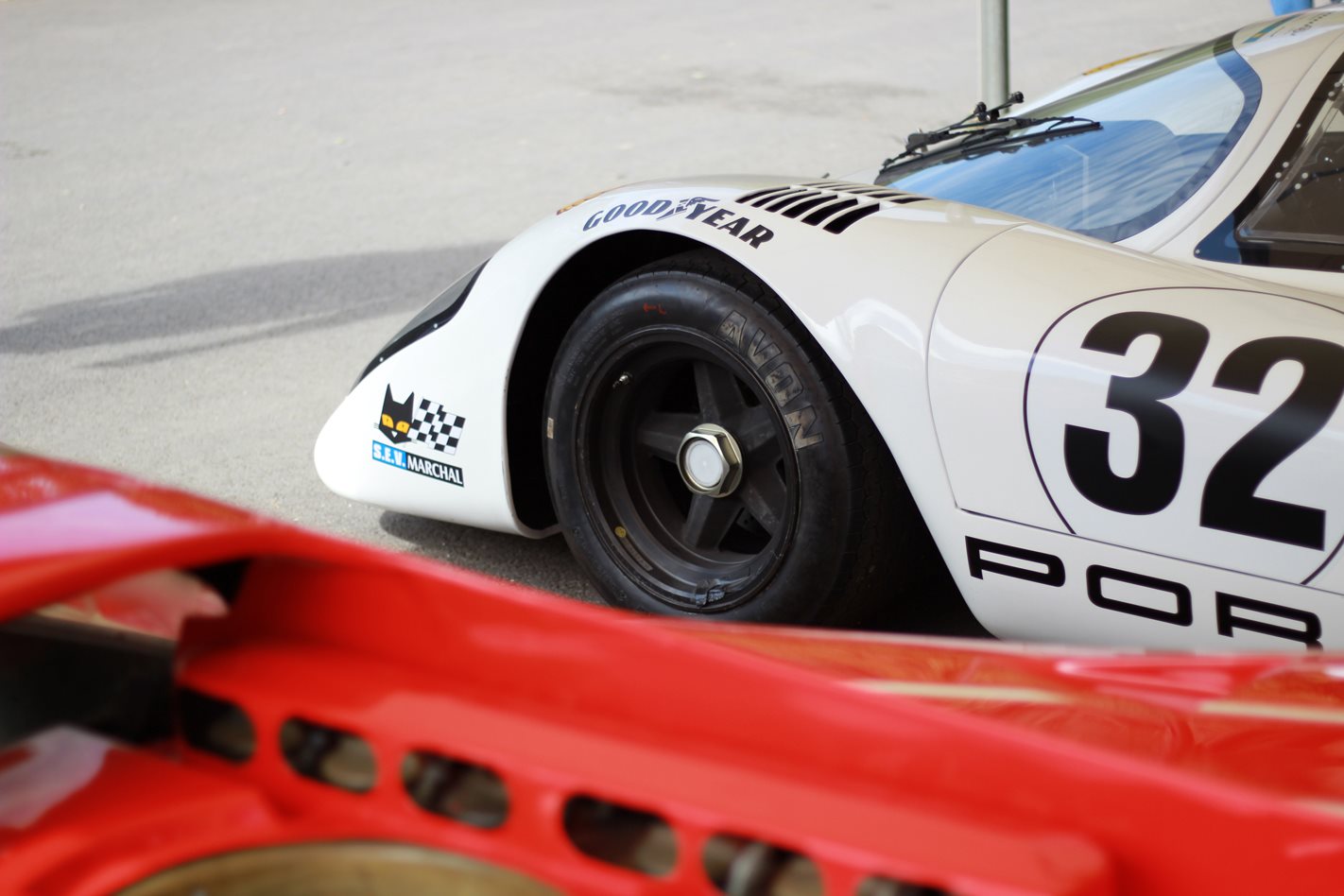 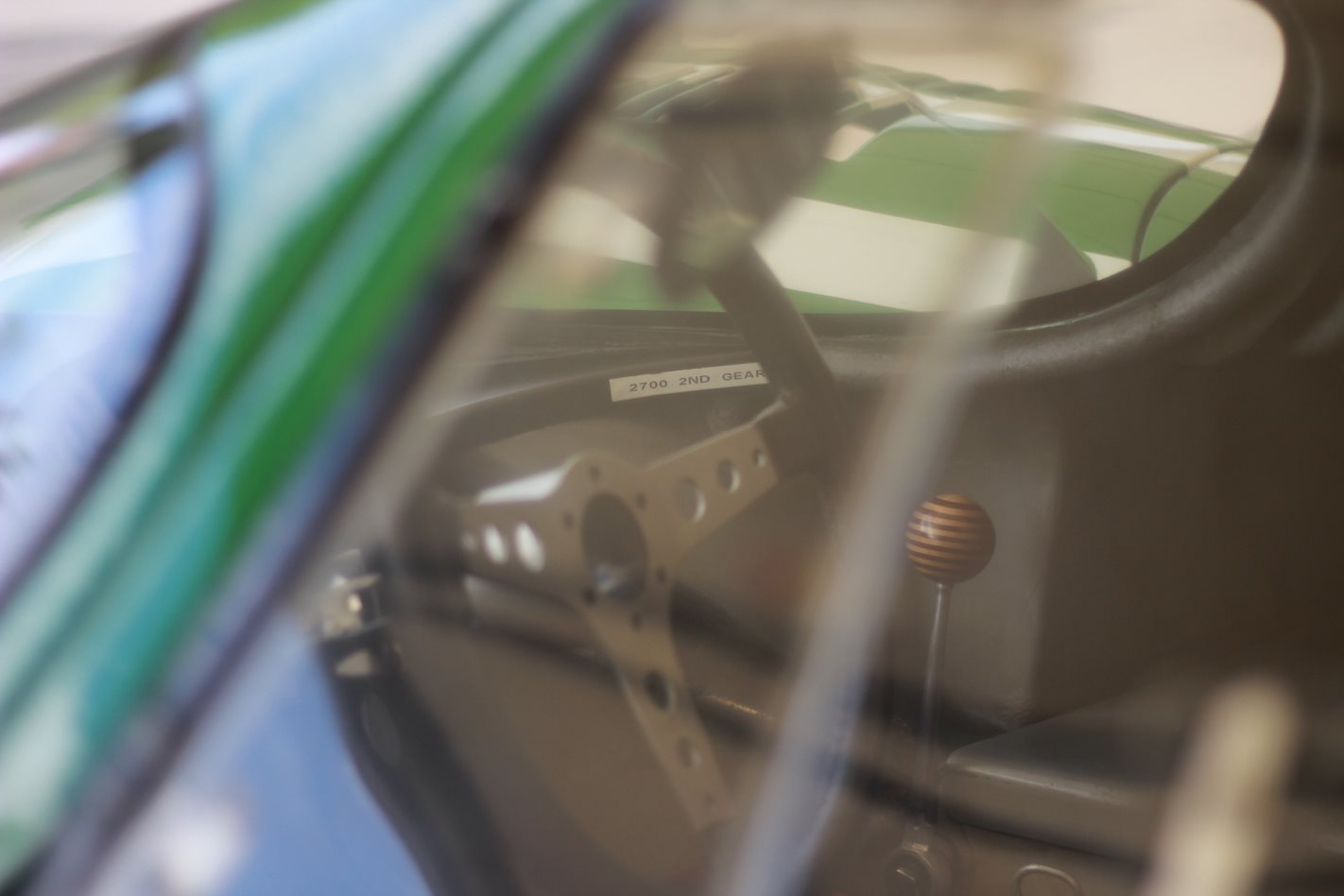 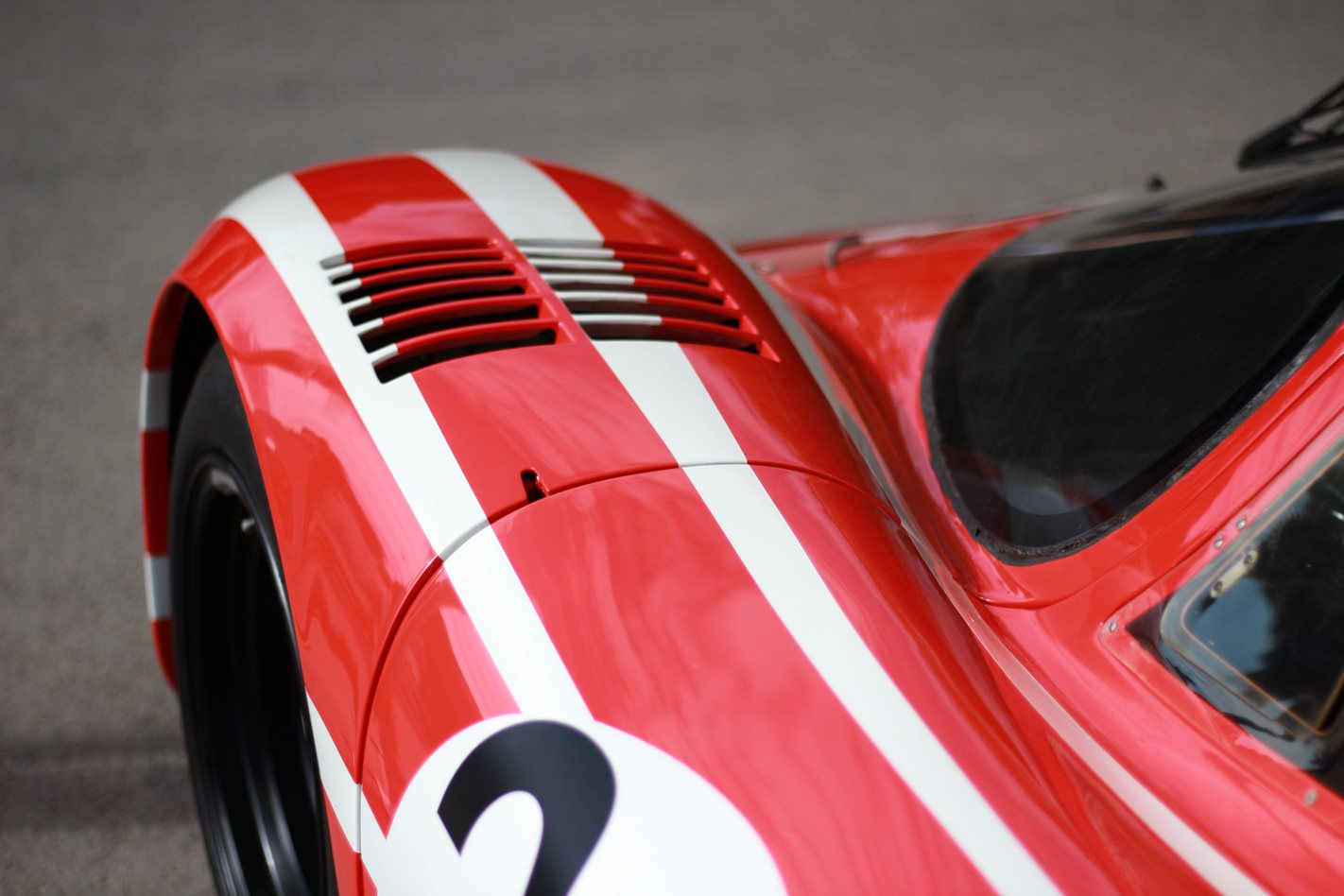 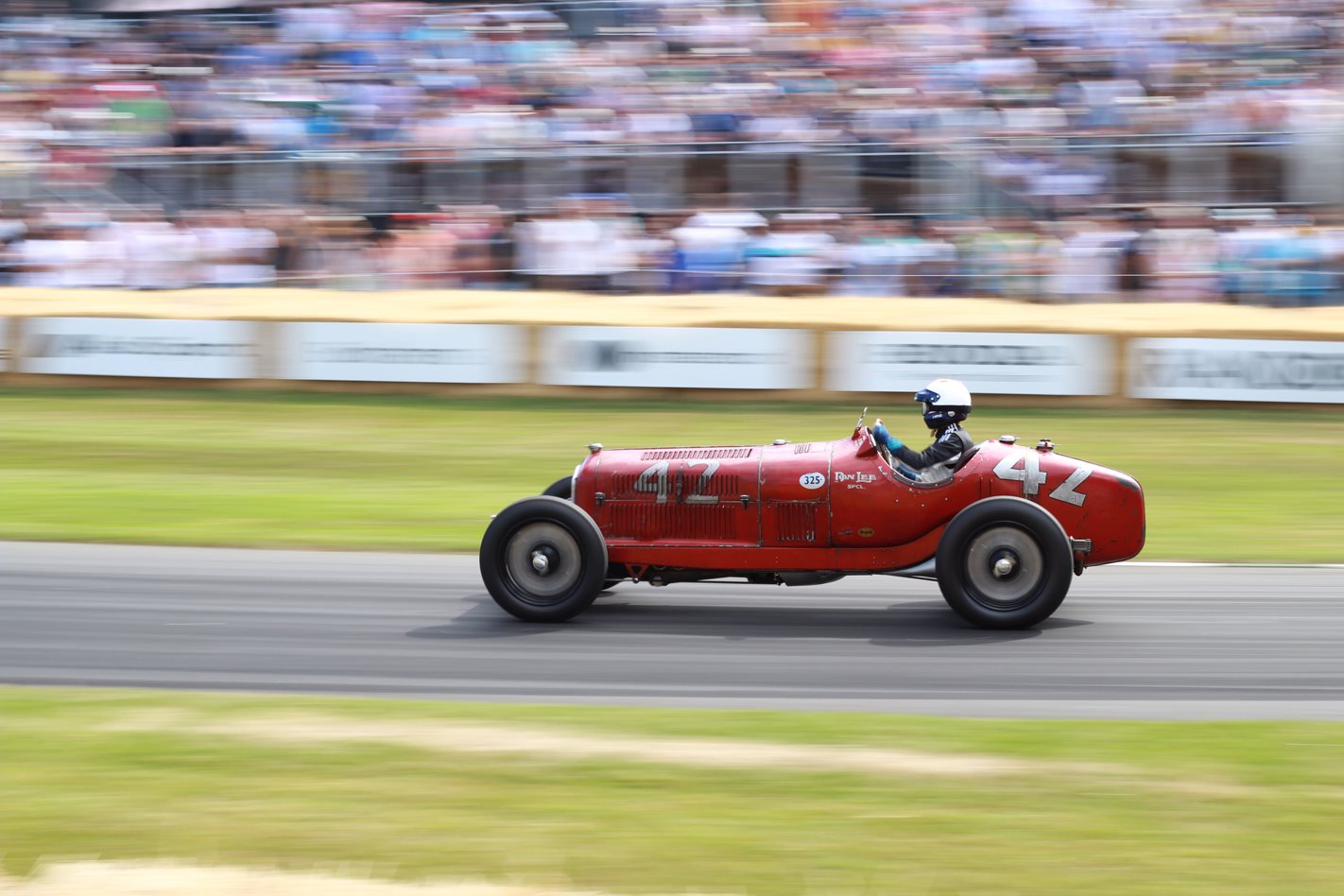 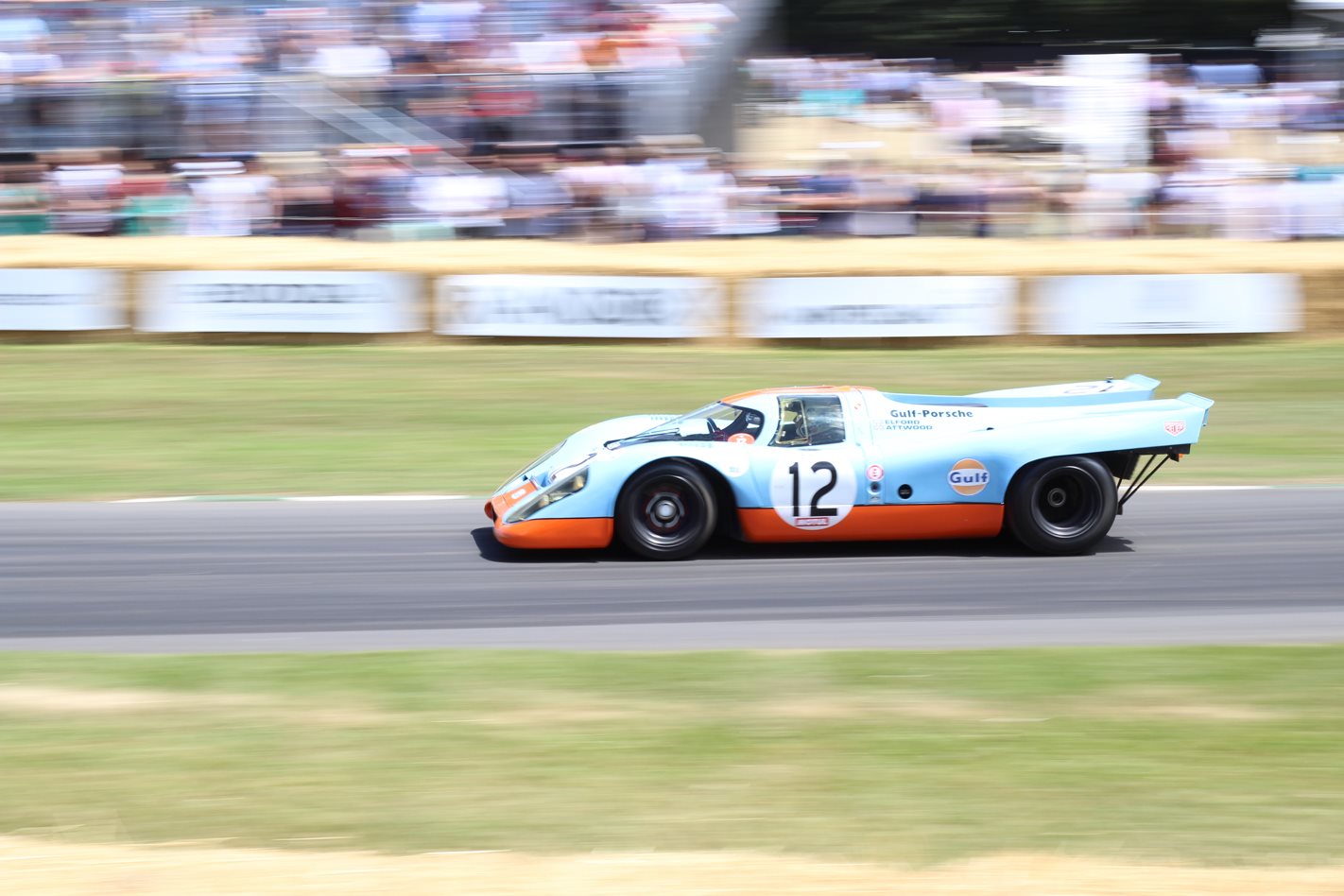 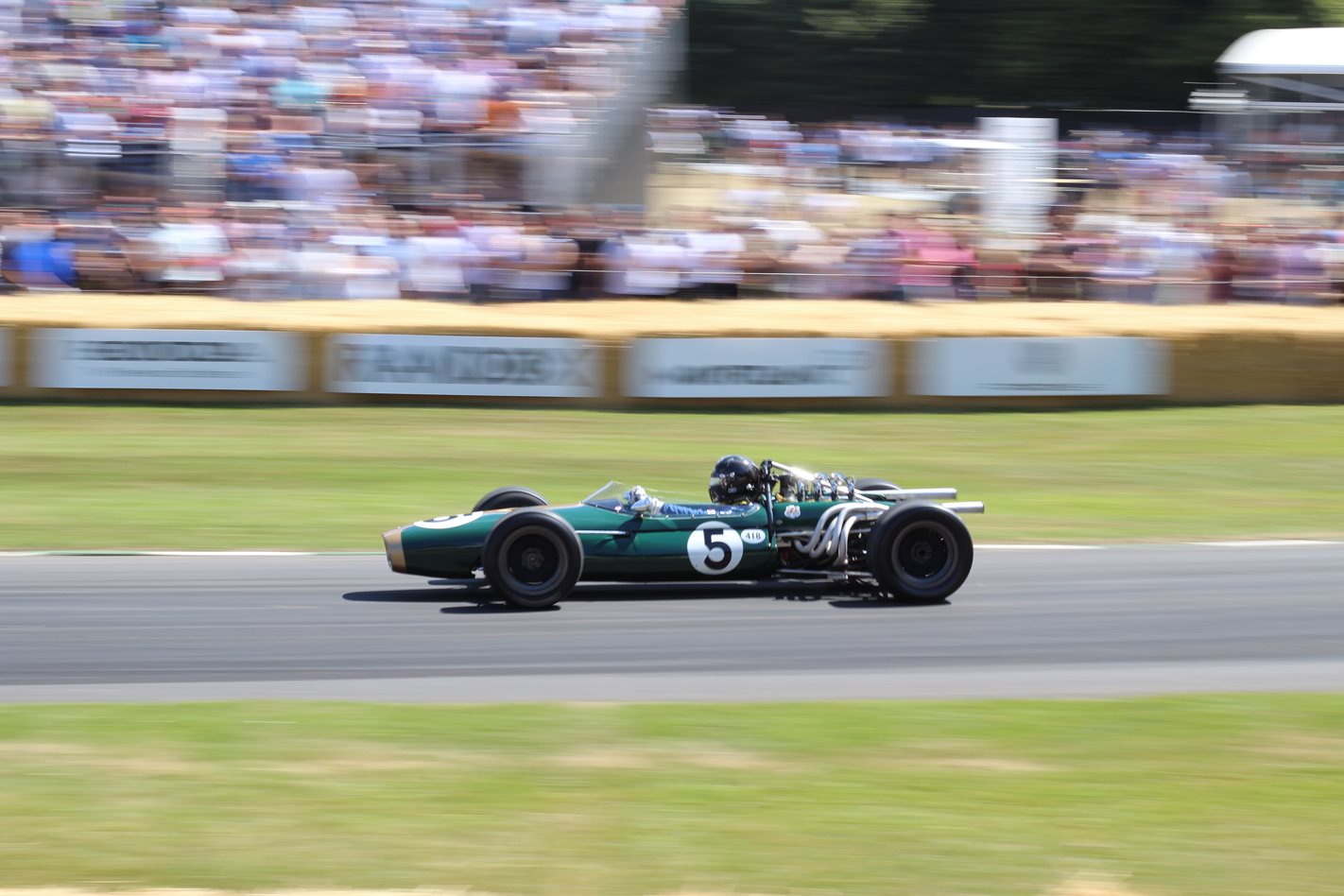 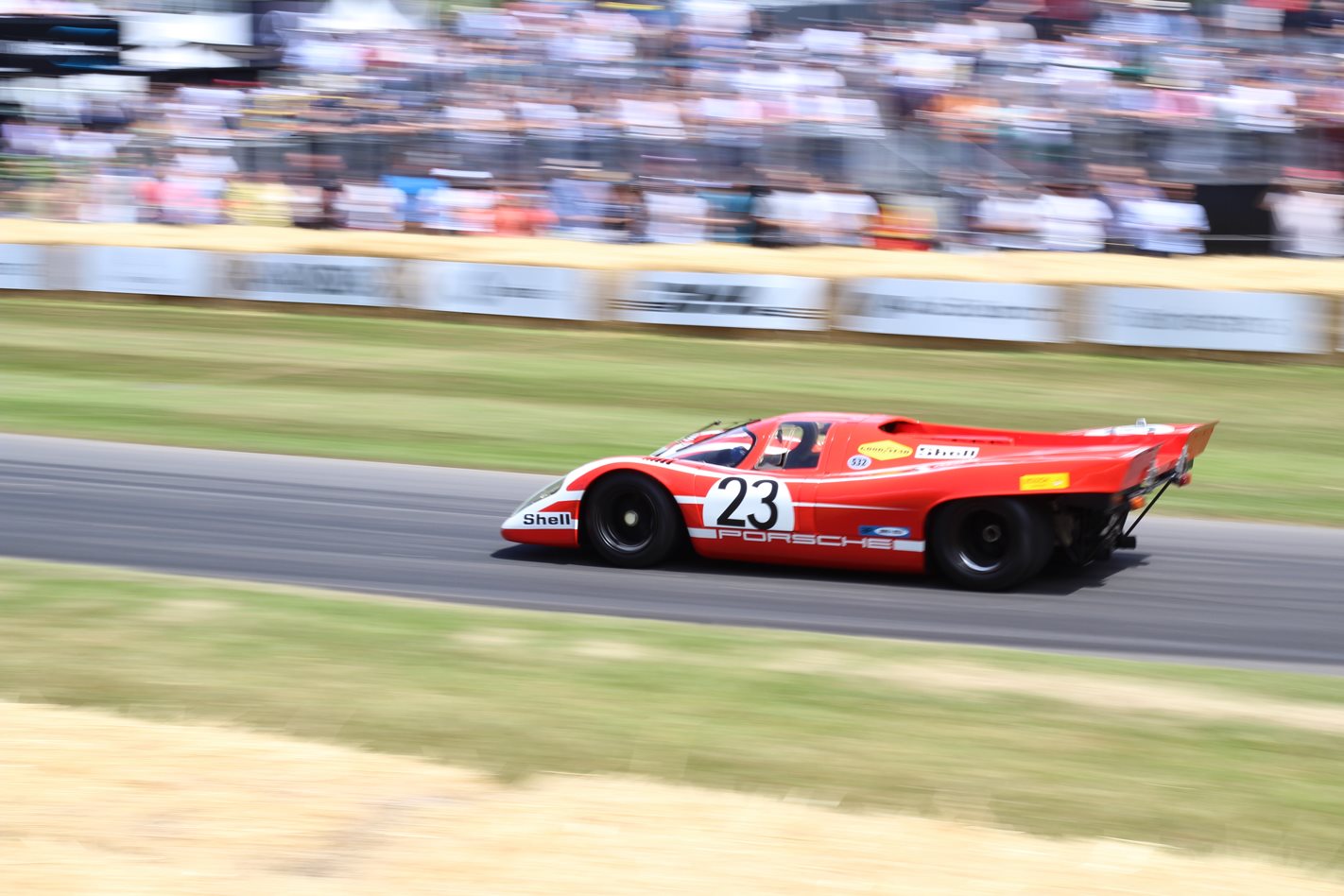