Downsizing brings a supersize serve of driver thrills and satisfaction

If we’re talking hot-hatch heritage, no brand has a lineage as rich as Renault’s. And if we’re talking Clio size, the spirit that germinated in the hairy R5 Turbo (and all its luscious derivatives way back when) truly lives on in today’s range-topper, the Clio RS220 Trophy. 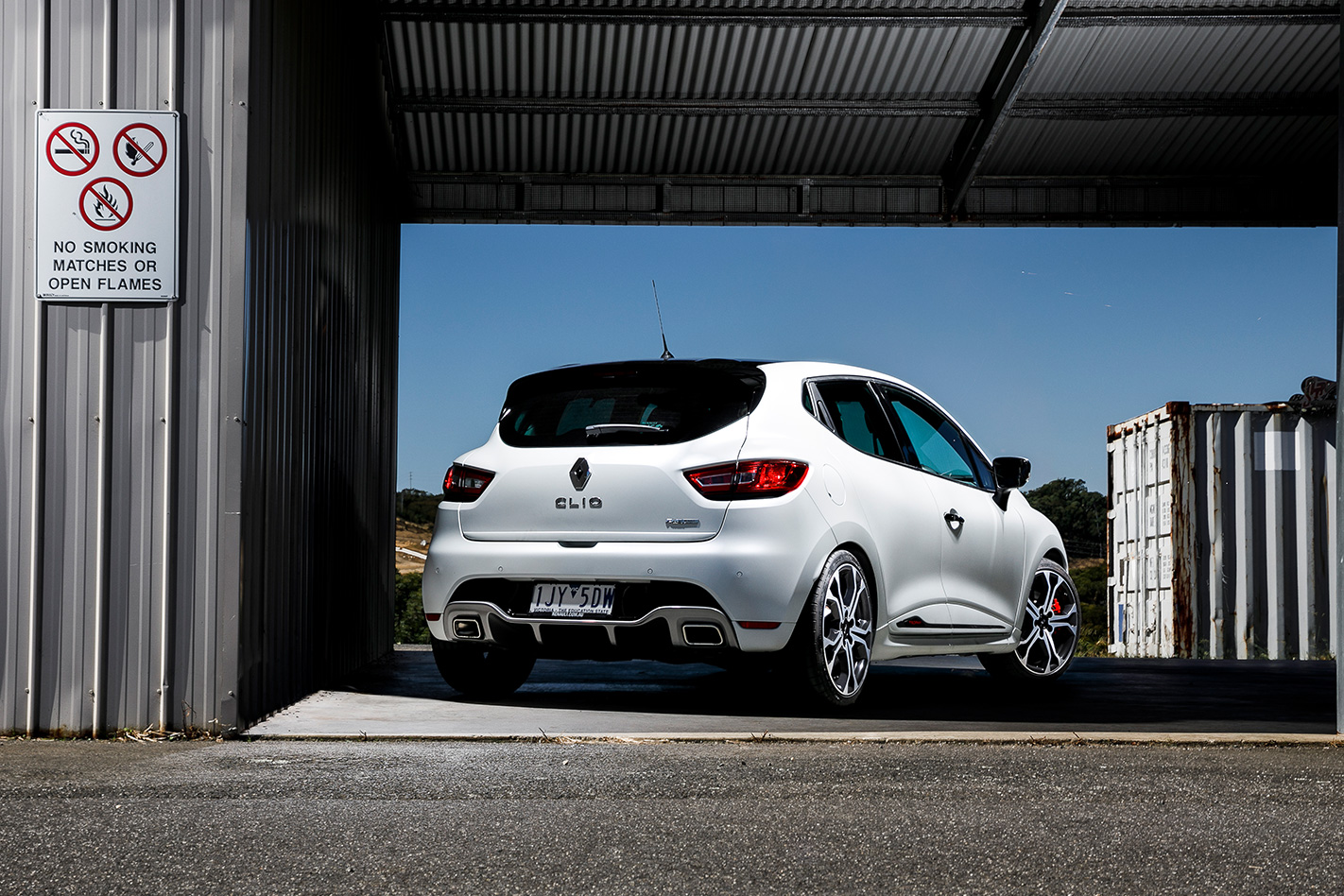 While the current dual-clutch-only generation (launched in 2013, along with the regular Clio IV) hasn’t achieved the fan-boy status of its smaller, non-turbocharged predecessors, there’s one thing that Renaultsport got right from the get-go: the current Clio RS’s chassis.

Indeed, for this late-2017 update (that appeared in July ’16 in Europe), not a single change has been made to the suspension of any variant. Merely visual tweaks – all of which successfully update the Clio’s timeless elegance – and the addition of a six-speed manual transmission on the 88kW 1.2-litre turbo (which, sadly, hasn’t made it to Australia).

So that’s how we’ve managed to get away with testing a pre-facelift RS220 Trophy, not the latest black-wheeled variant with its trick new lights, full leather cabin and extra-barky Akrapovic exhaust. It was the only car available for testing (all press Trophys had already been sold), though aside from slightly less crackle-and-pop from the rear, the old car’s dynamic repertoire is as per the cheaper and better-equipped latest version. 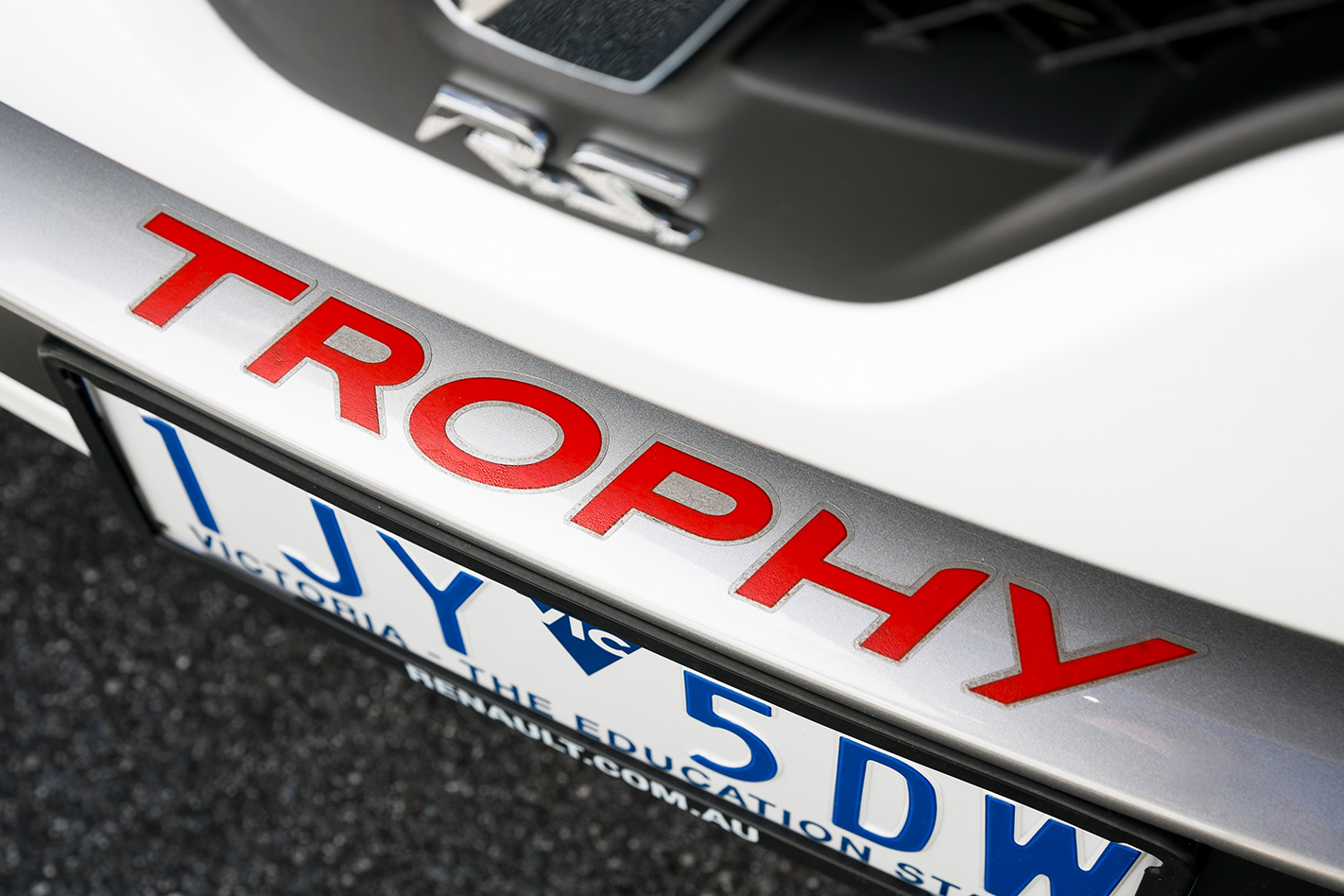 It only takes one corner to realise why Renaultsport wasted no time fiddling with the Trophy’s chassis set-up. Sitting 20mm lower at the front and 10mm lower out back than the ‘standard’ Clio RS200 Cup, the Trophy’s rear springs are 40 percent stiffer, its dampers firmer and its steering faster-geared for a truly ‘on-rails’ driving experience.

At Haunted Hills, Renato described the Clio as “very, very agile” and thought it rivalled the i30 N for best exhaust note, even without the wonderfully anti-social Akrapovic exhaust filling the cabin. And on the road, just like at the circuit, you consistently reap the benefits of the Clio Trophy’s manageable size and 1204kg weight, giving you seemingly more road to play with and handling that cannot fail to blow any enthusiast’s mind. 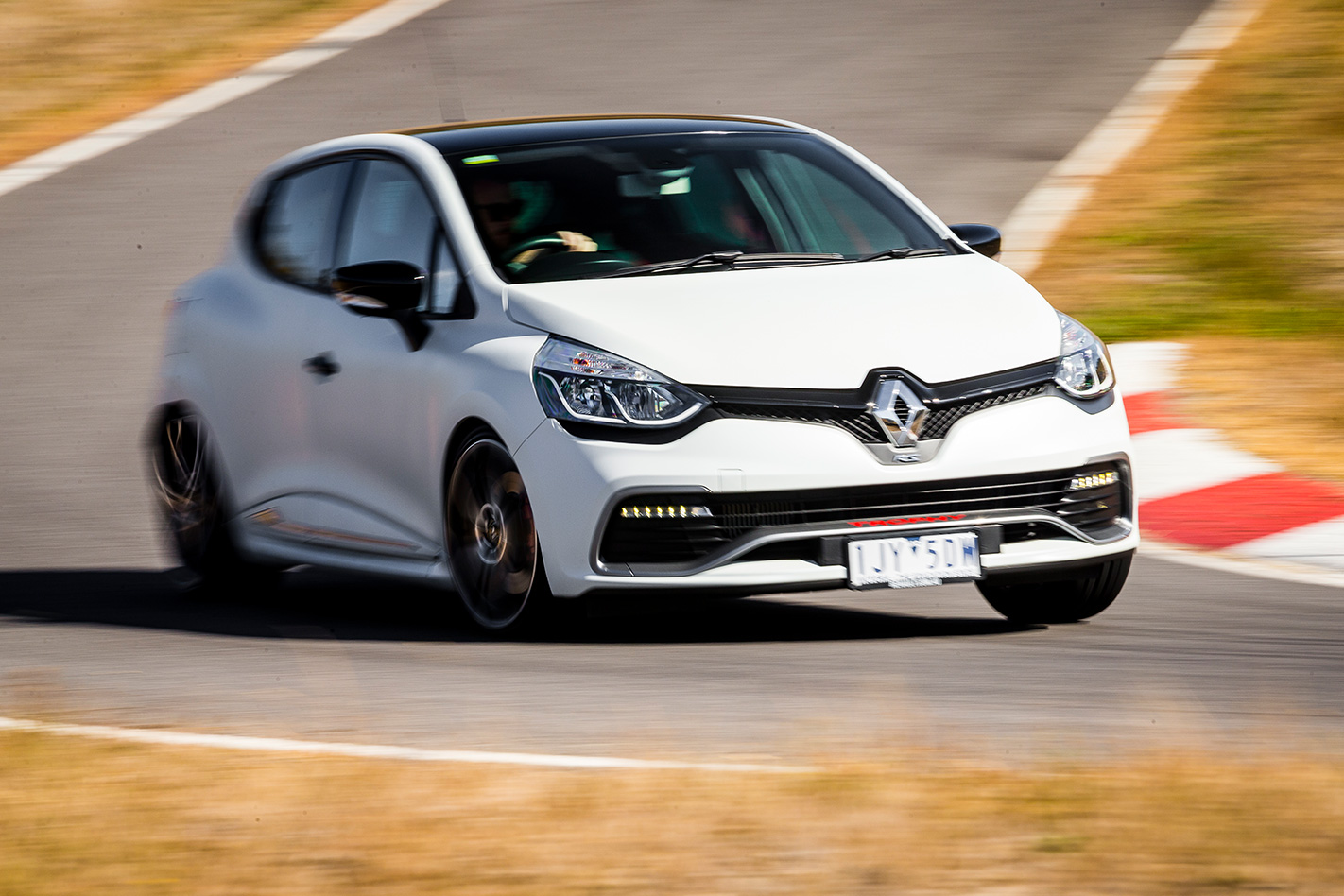 The ultra-taut Clio is one of the few cars where its handling limit lies beyond what is consistently achievable even on a fabulous road like our test loop. Its mid-corner grip and perfect balance are of the sort that make your eyes pop, giving the driver so many options as you scribe a line through a corner. Its throttle adjustability is so incisive that there is zero approximation in driving this Renault at any speed and its brakes are superb too. Dynamically, the Clio Trophy’s synergy is sublime.

The flip side of the Trophy’s handling and steering focus is a suspension set-up that borders on hard, yet in fine Renaultsport fashion it manages to withstand severe hits at speed without losing any of its cool. 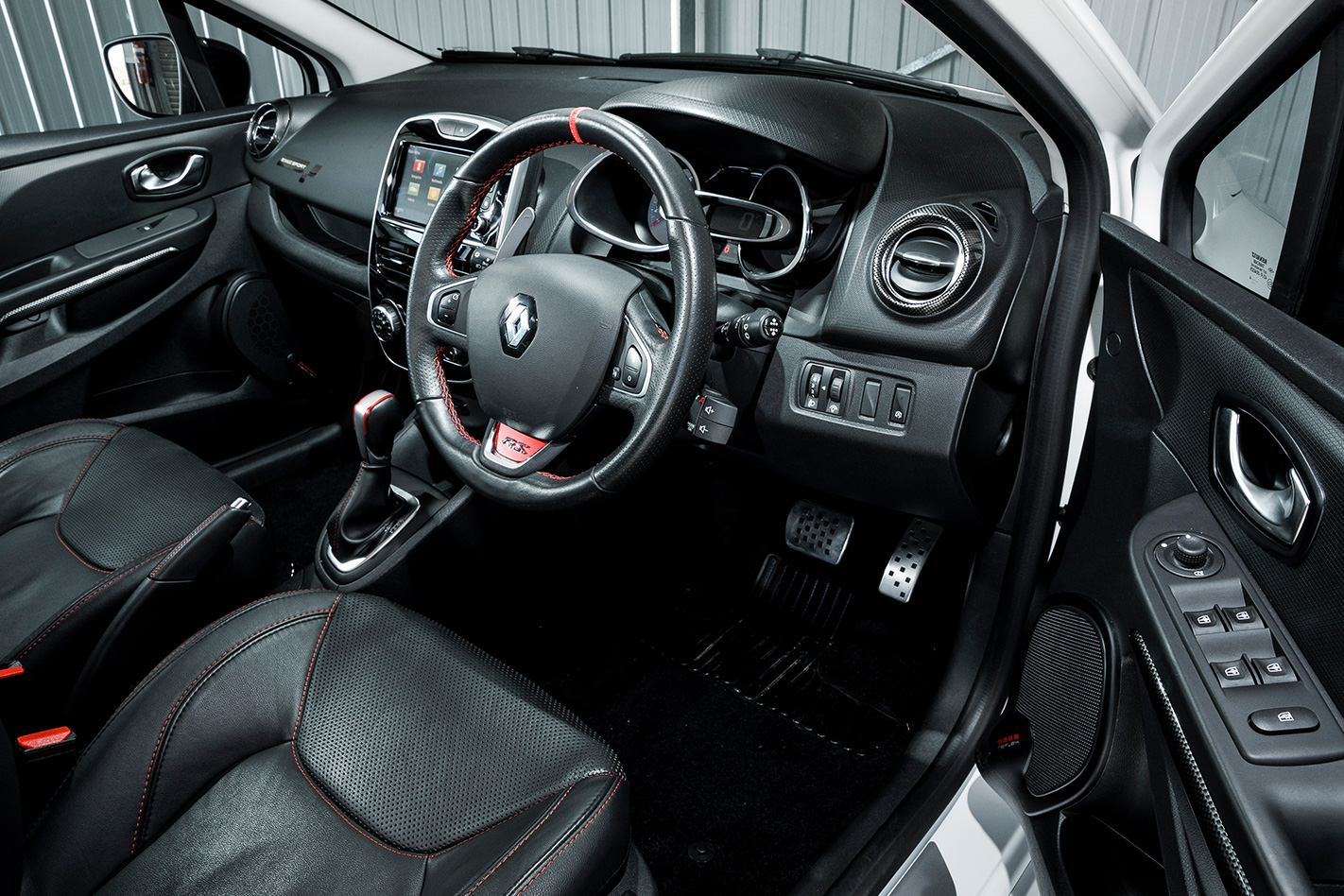 The Renault, on the other hand, is a selfish choice. You need to love and understand small cars to want a supermini as nuts as this, but what you lose in cabin tactility, rear-seat packaging and boot space, you gain in abundance in charisma, driver appeal and overall seduction. 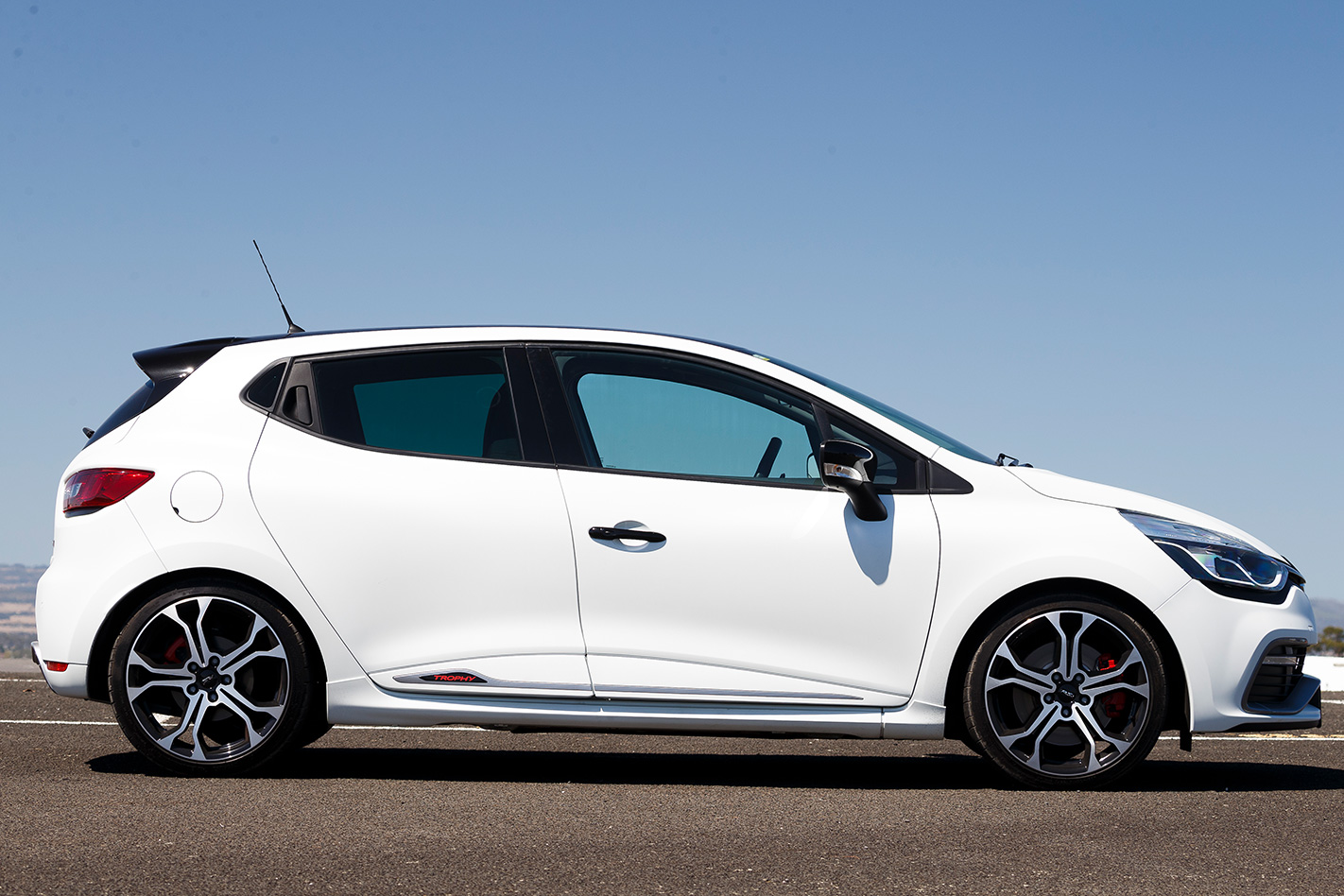 Despite the Clio IV’s vintage, its styling has barely aged a day, yet handling this amazing clearly still doesn’t come cheap. 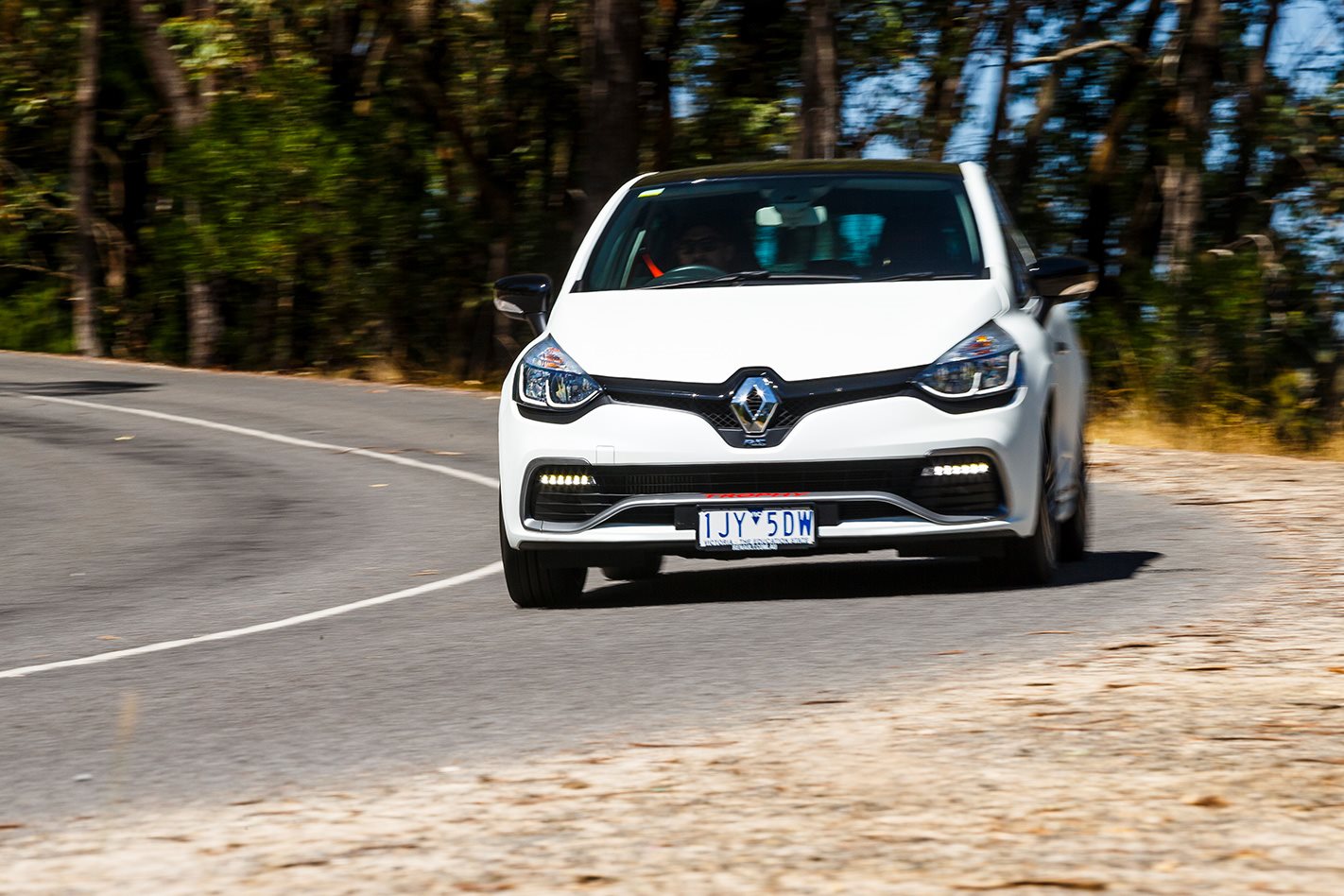 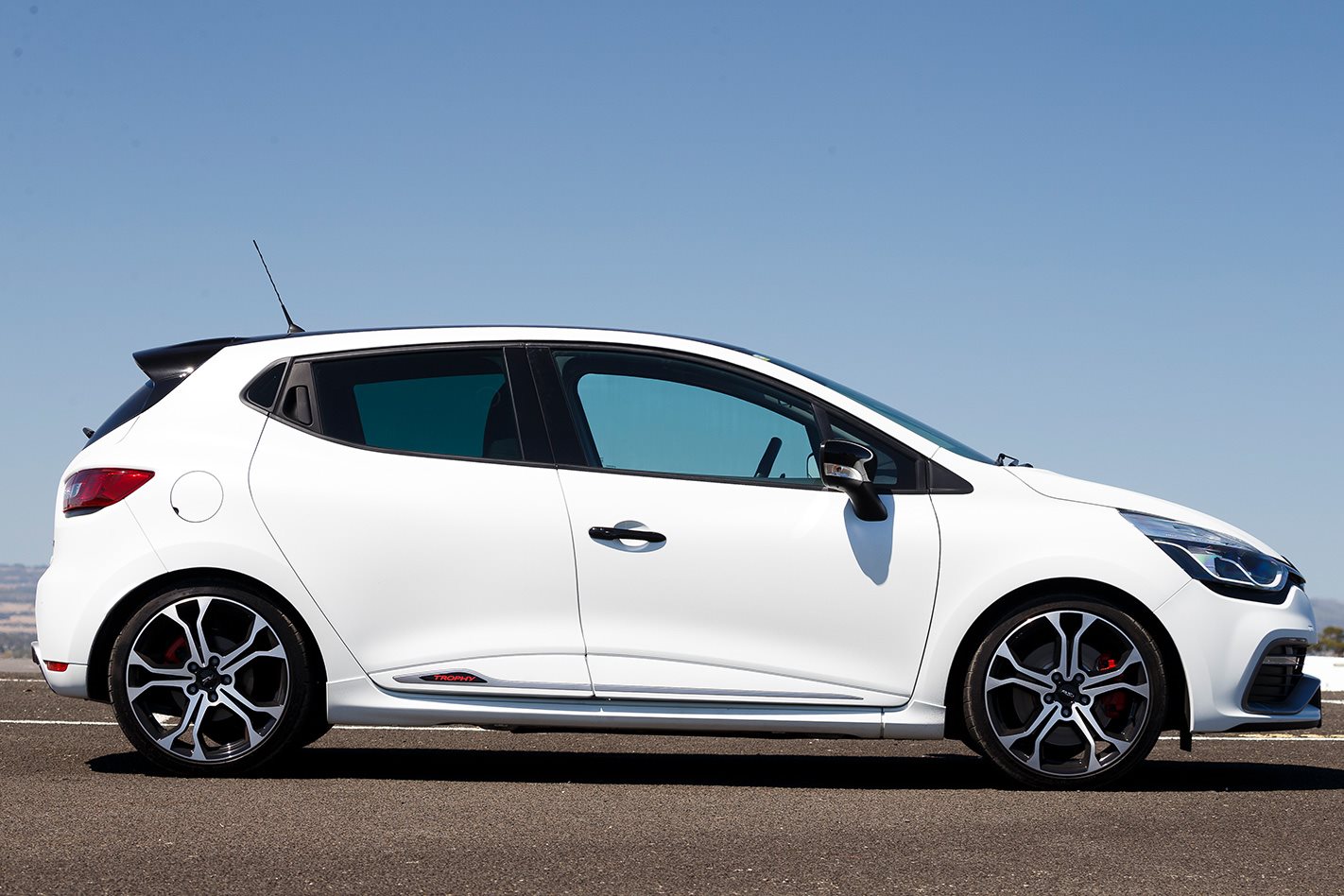 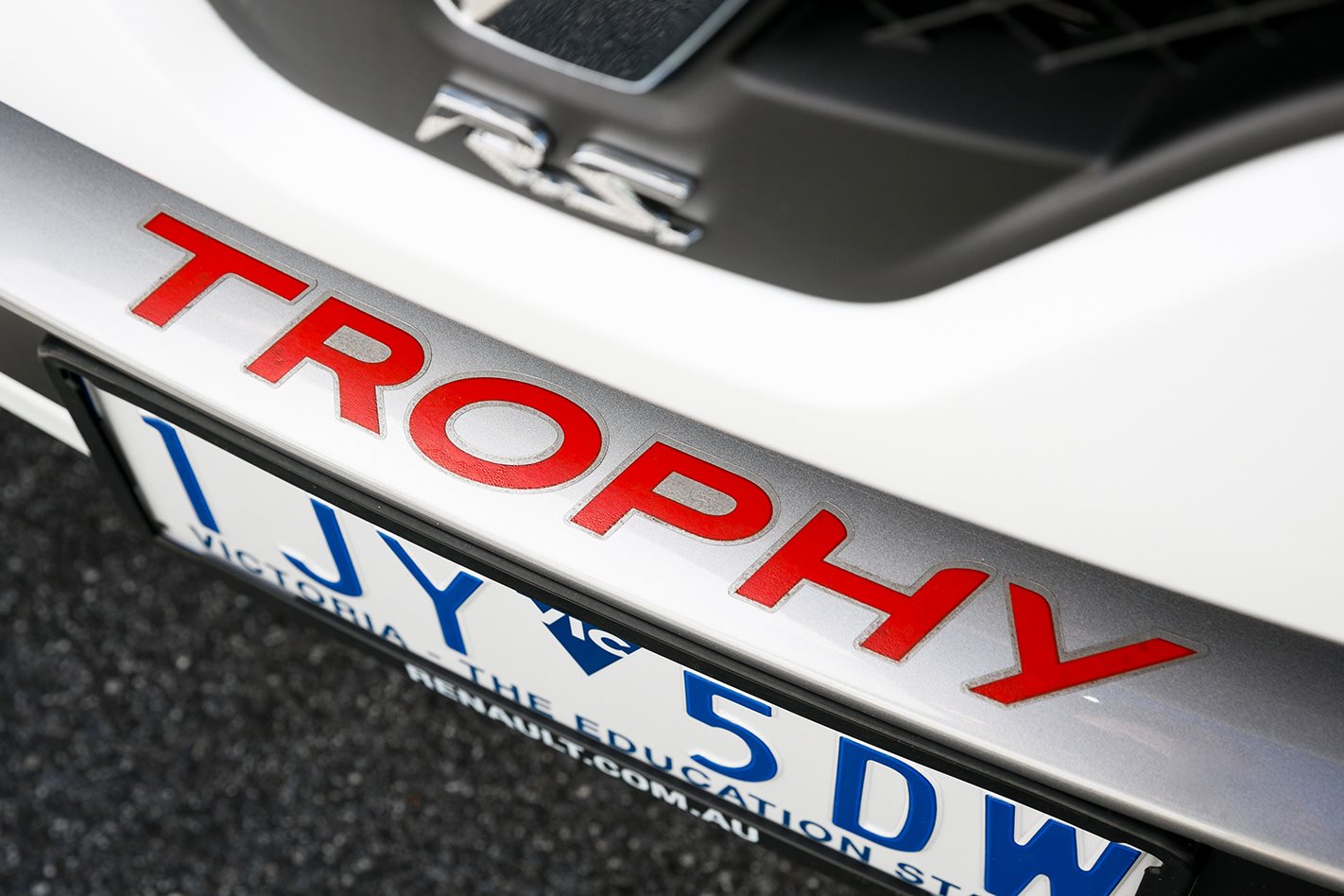 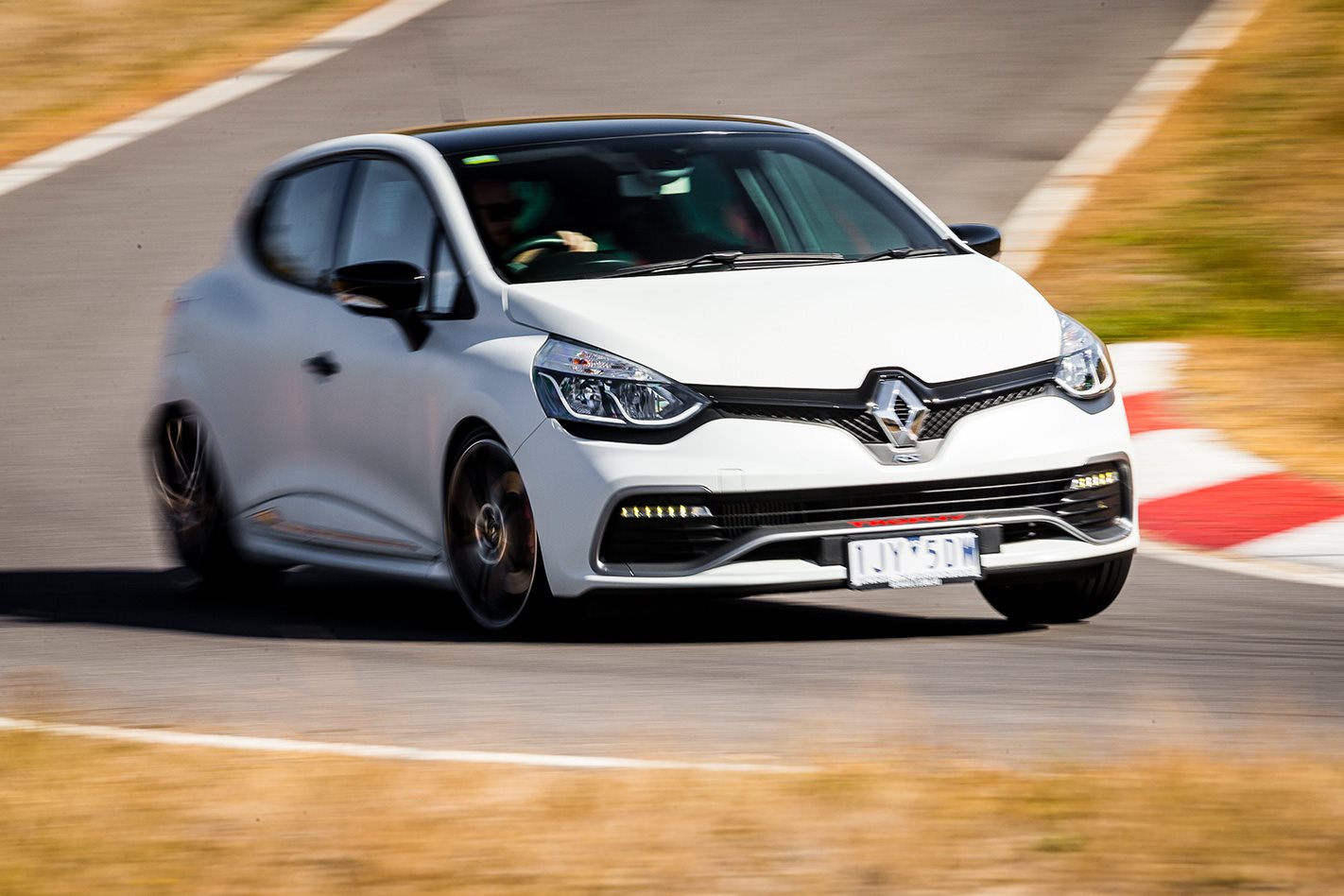 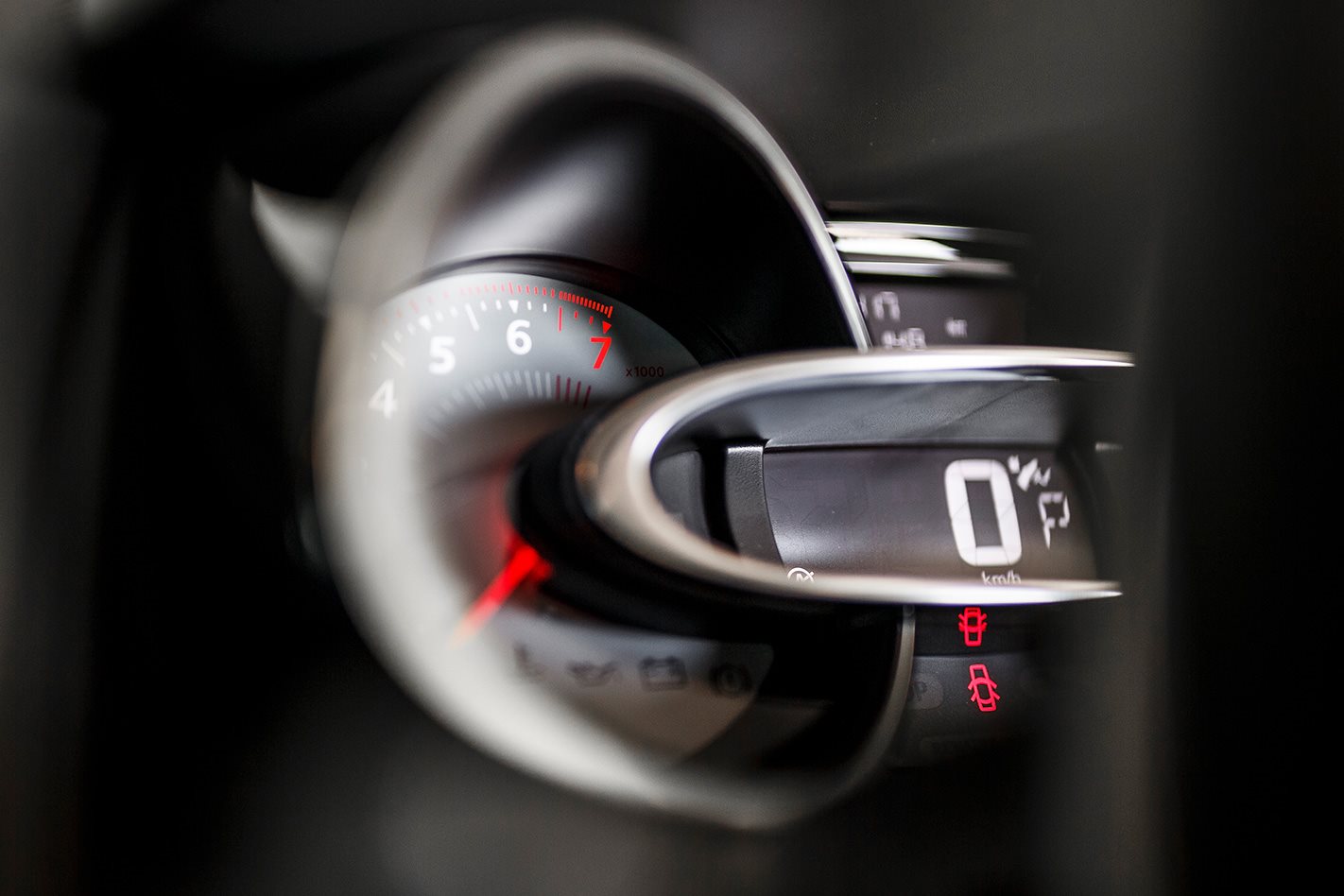 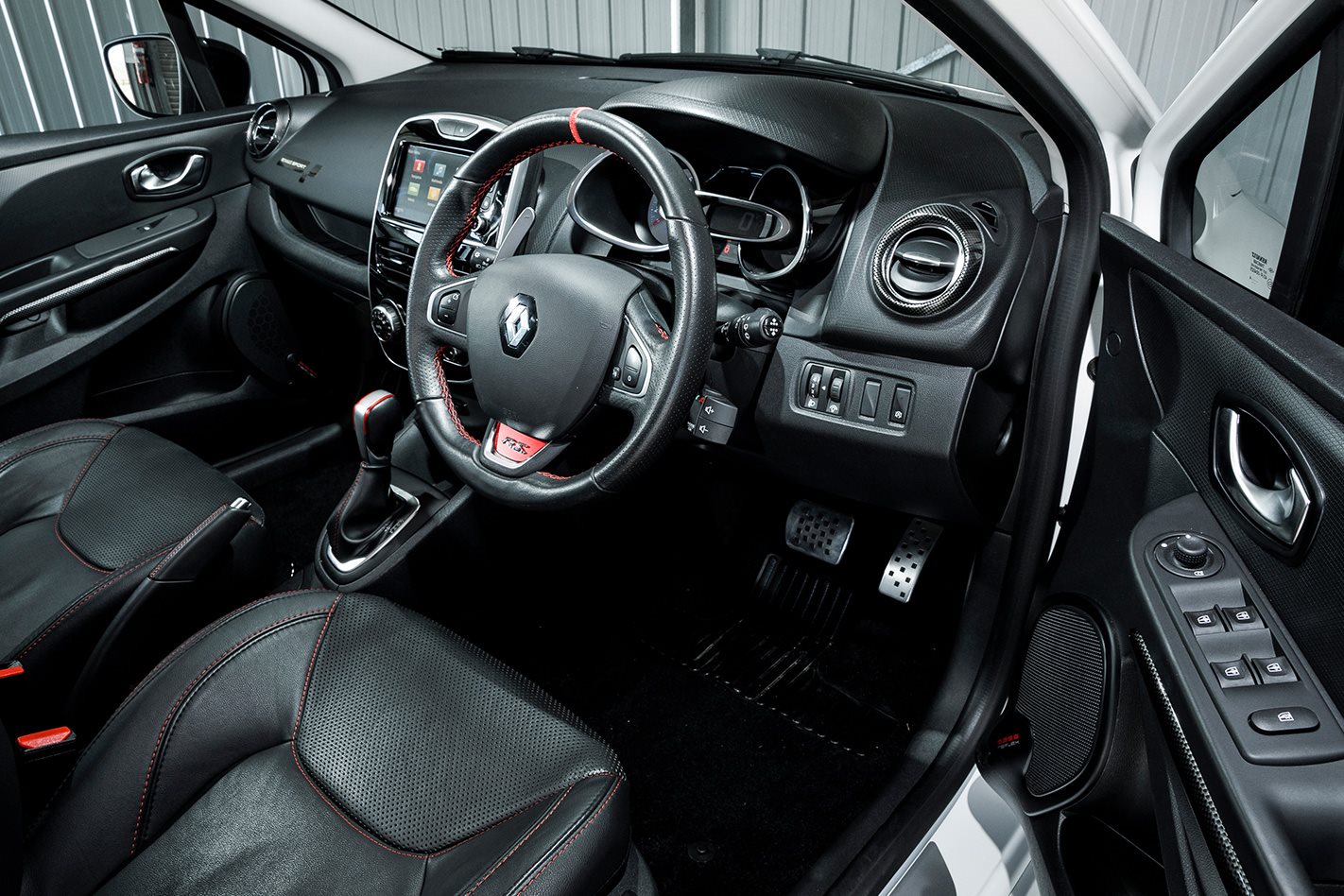 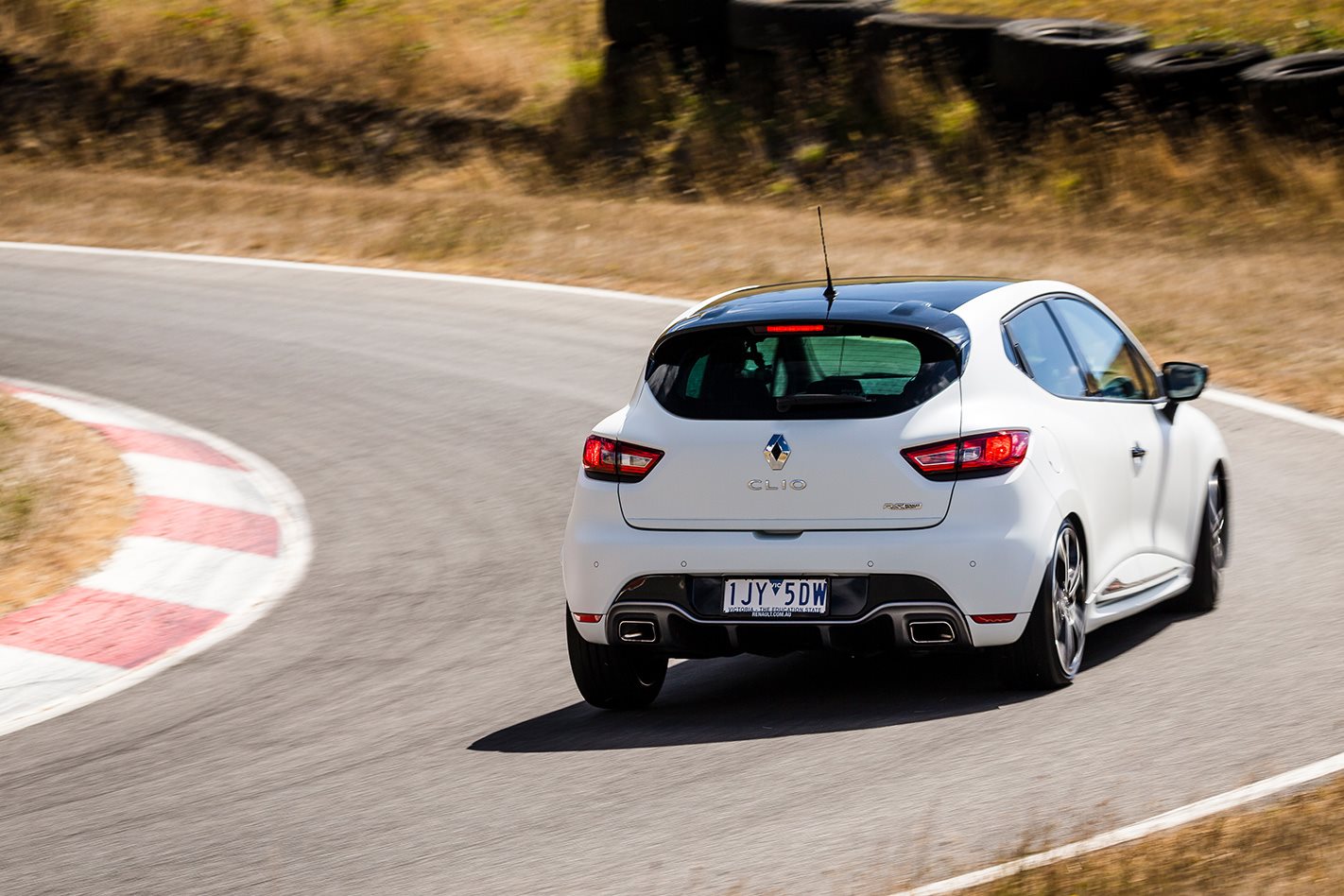 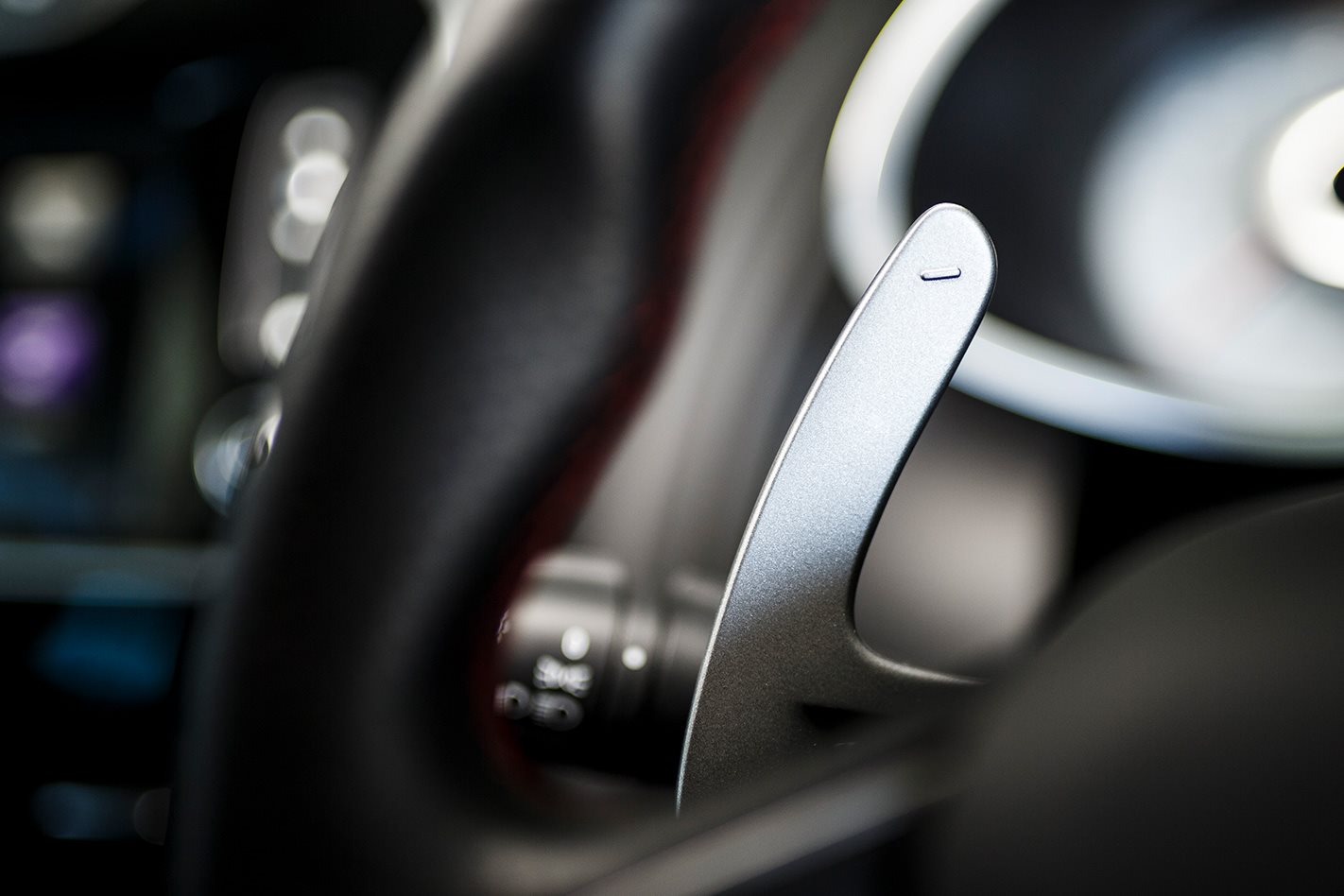 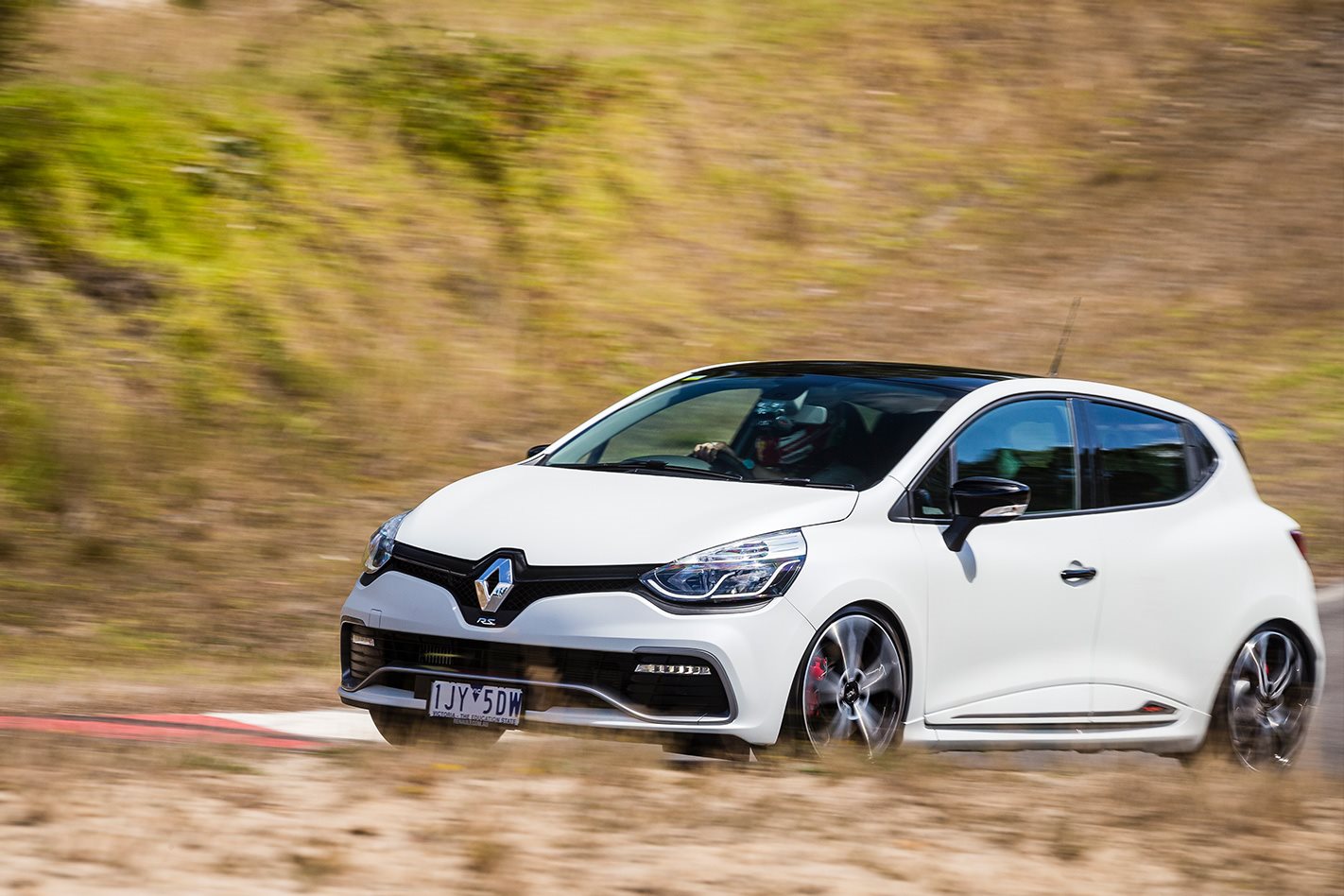 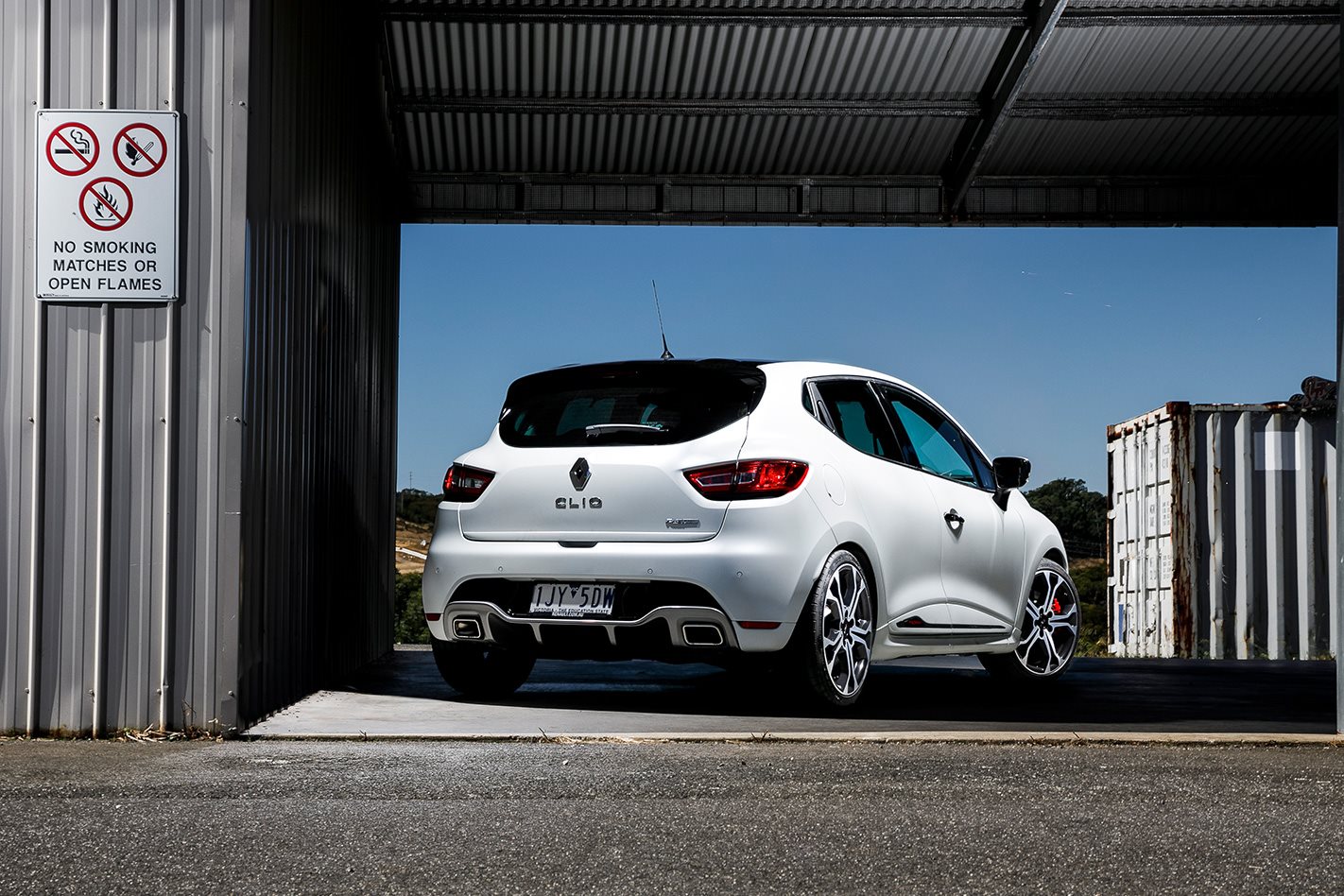