With a mild-hybrid system paired to its twin-turbo V8, has AMG's monster GLE gone soft?

In the world of monster trucks like the new 2021 Mercedes-AMG GLE 63 S, six centimetres is not much chop. Except, it is to Mercedes-AMG, because it hopes that small distance will dramatically split both the new GLE 63 S wagon and its coupe sibling on personality.

The fourth-generation GLE is the first time the brand has built the body styles on a different wheelbase that is, you guessed it, six centimetres longer for the wagon. It hopes to cater to buyers with a more specific product, further differentiating between performance and practicality. 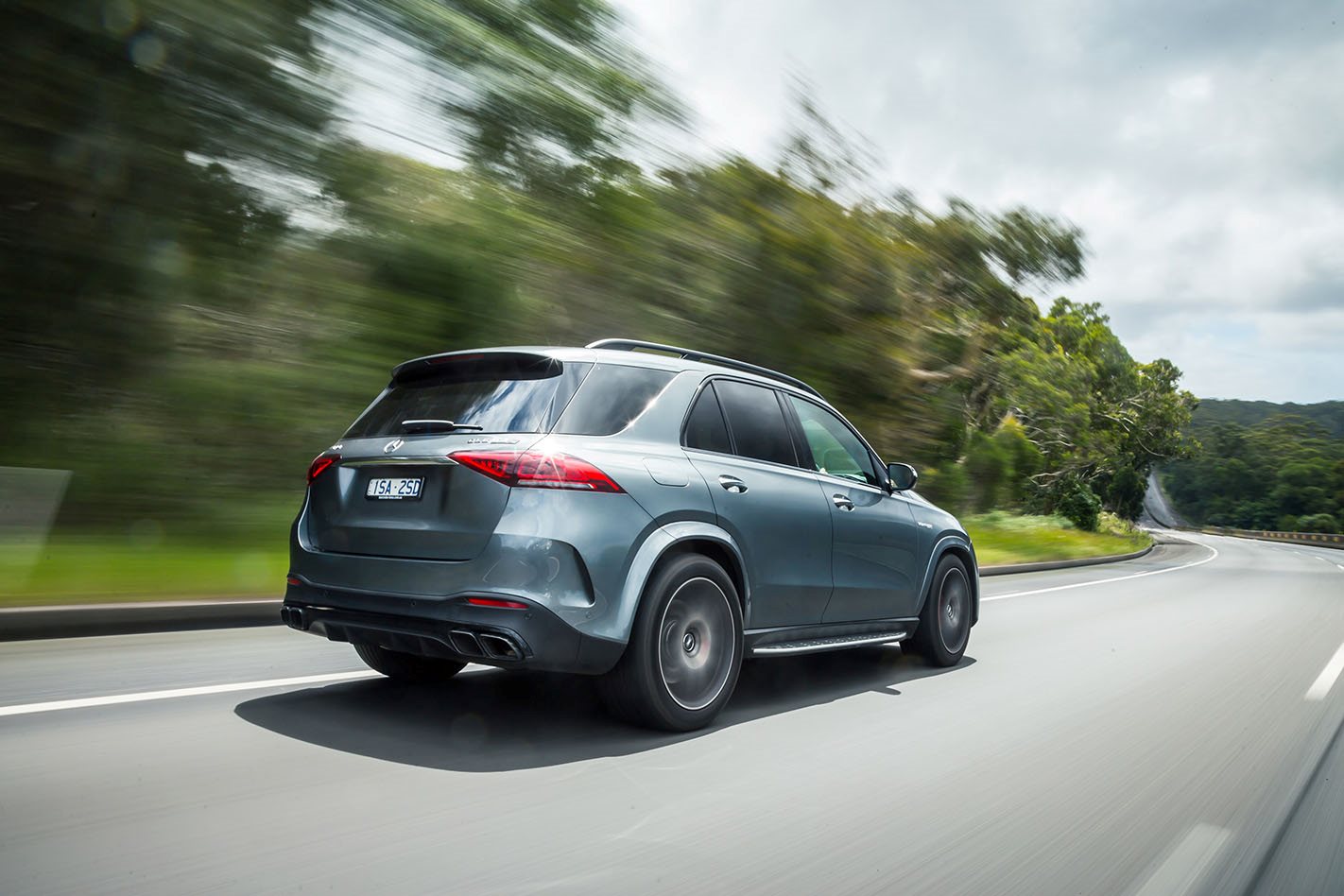 Of course, being practical might not feature among the priorities for someone attracted to the GLE 63 S variant. It is the only GLE wagon missing the seven-seat option. It also sits at the absolute top of the range thanks to the 4.0-litre twin-turbo V8 lurking beneath its bonnet, which is now married to 48-volt mild-hybrid technology with an integrated electric starter motor.

This new powertrain marks two milestones. Firstly the new GLE 63 S engine officially replaces the old loveable 5.5-litre twin-turbo V8 known as the M157, which featured in the first-generation E63 S and GLE 63 S. Secondly, the new GLE 63 S is the first go at electrifying a flagship AMG model. Let alone one with 450kW and 850Nm.

The mild-hybrid technology works similarly to the system already found in the E53 Coupe. An alternator motor wedged between the engine and transmission can deploy an extra 16kW and 250Nm when needed. It can also help kick the engine over during start-stop operation, charge batteries, aid engine-off sailing and control idle speed.

The electric assistance does not necessarily equal more power, however, according to the spec sheet. Although the new GLE 63 S produces 850Nm from 2500rpm to 4500rpm, overlapping with the electric low-down shove to theoretically combine for 1100Nm, AMG refuses to quote a combined torque figure. 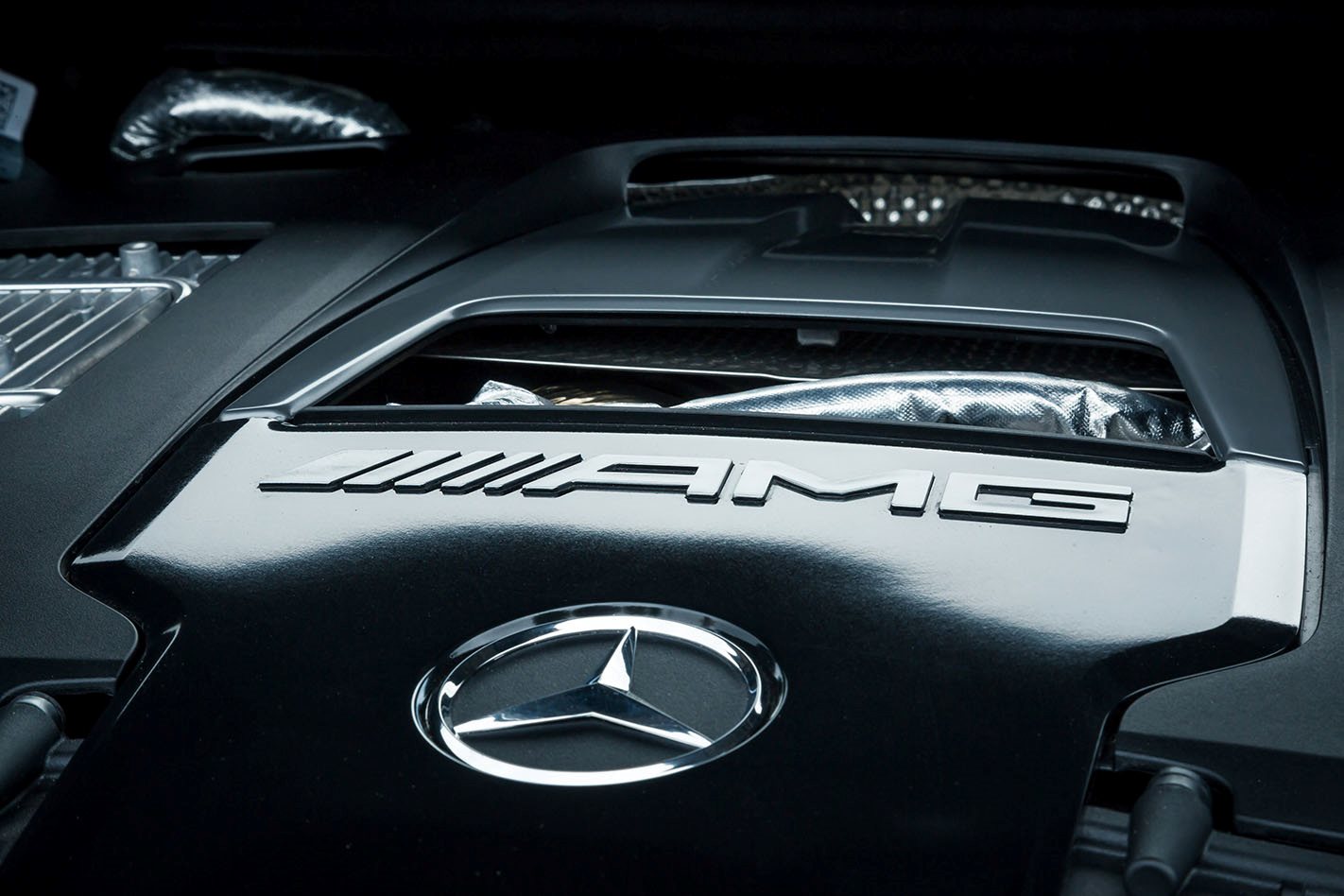 Truth on the total output remains hidden because the electric motor relies on changing battery charge. Either way, just the engine alone represents a jump forward in progress. Peak outputs are 20kW and 90Nm higher than the old GLE 63 S. Meanwhile, it sips a fraction less on a New European Driving Cycle figure, registering 11.5L/100km to best the old one by 0.3L/100km.

That reduction is alarmingly small given the mild-hybrid system and the fact this particular V8 can shut down a bank of cylinders to curb its thirst. But all these technologies add more than convenience. 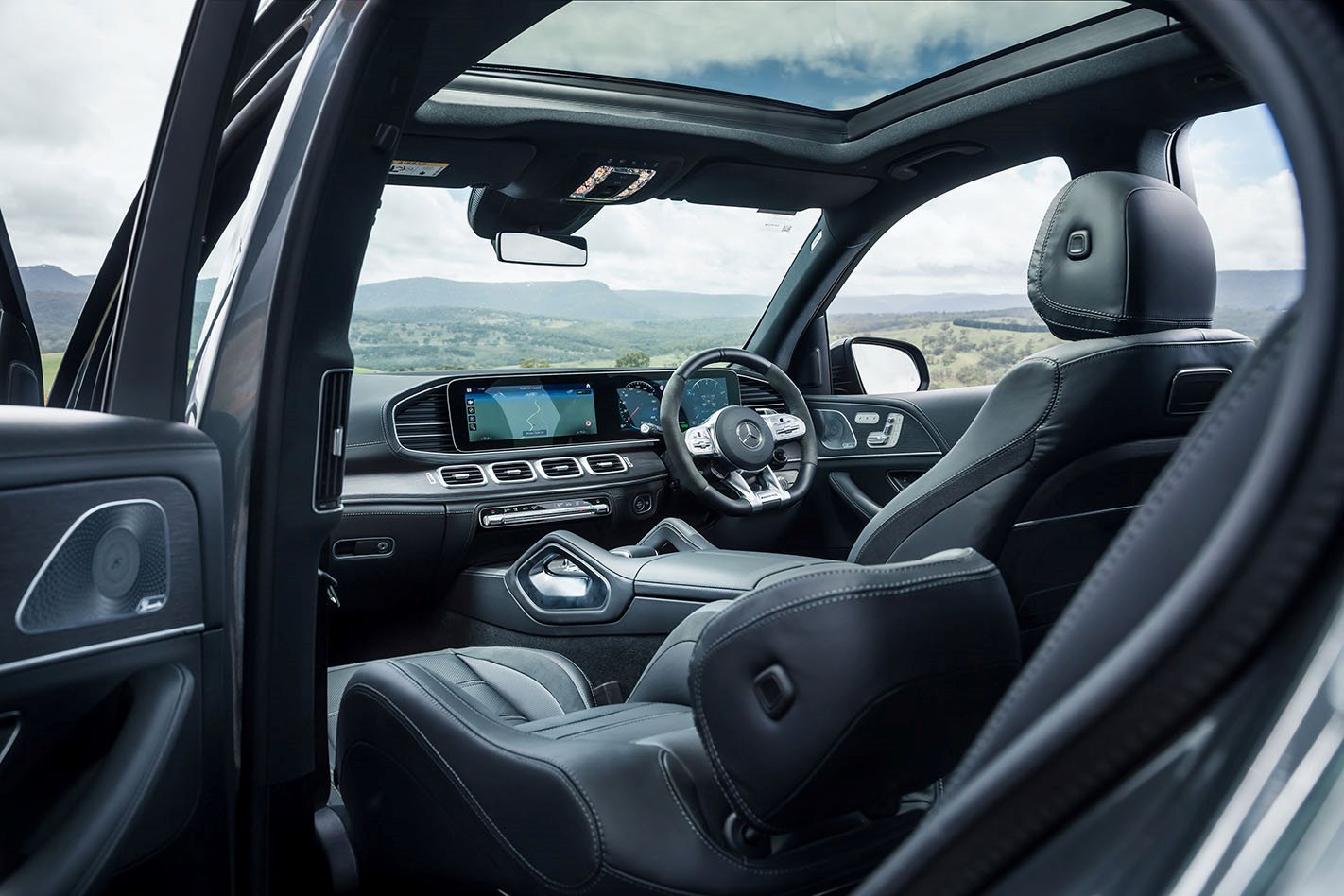 The price for a GLE 63 S rises to $246,278 driveaway in Victoria. But it brings a plethora of standard equipment.

Other standard equipment includes the Exclusive Package, which adds extra trim elements on the back of front seats while adding heating and ventilation to them as well. It also adds wireless charging, a panoramic sunroof and Burmester sound.

Inside it scores an AMG-optimised MBUX infotainment system on dual widescreen displays, loaded with smartphone mirroring. They sit behind an AMG Performance steering wheel finished in GLE 63 S-specific microfibre. It also includes a lockable compartment and multi-contour front seats with massage functions. 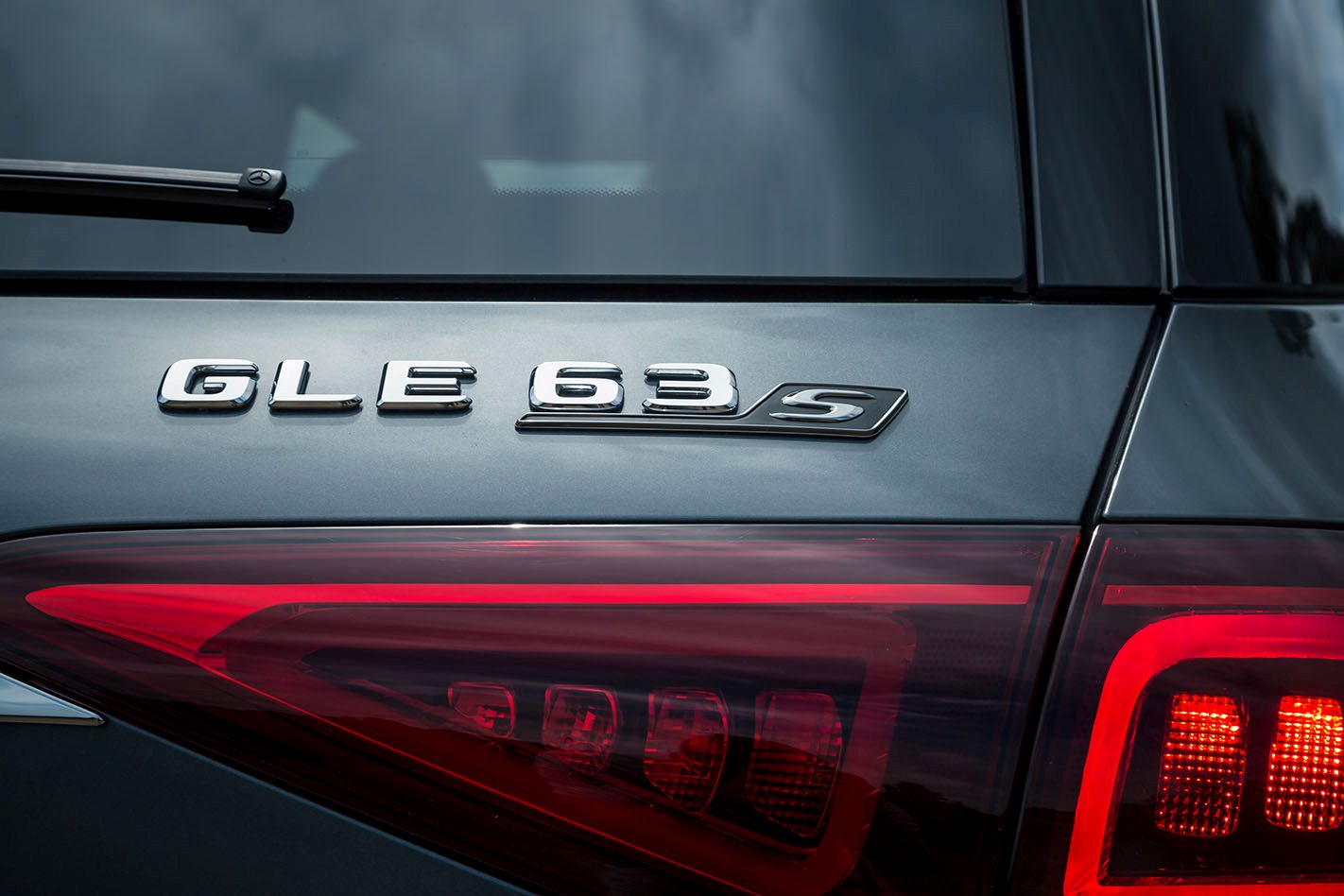 These include an interior carbonfibre package ($3900) that adds carbon trim to the front workstation and steering wheel or an Energizing Package Plus that includes cabin air purification with fragrance and armrest heating for $3200. 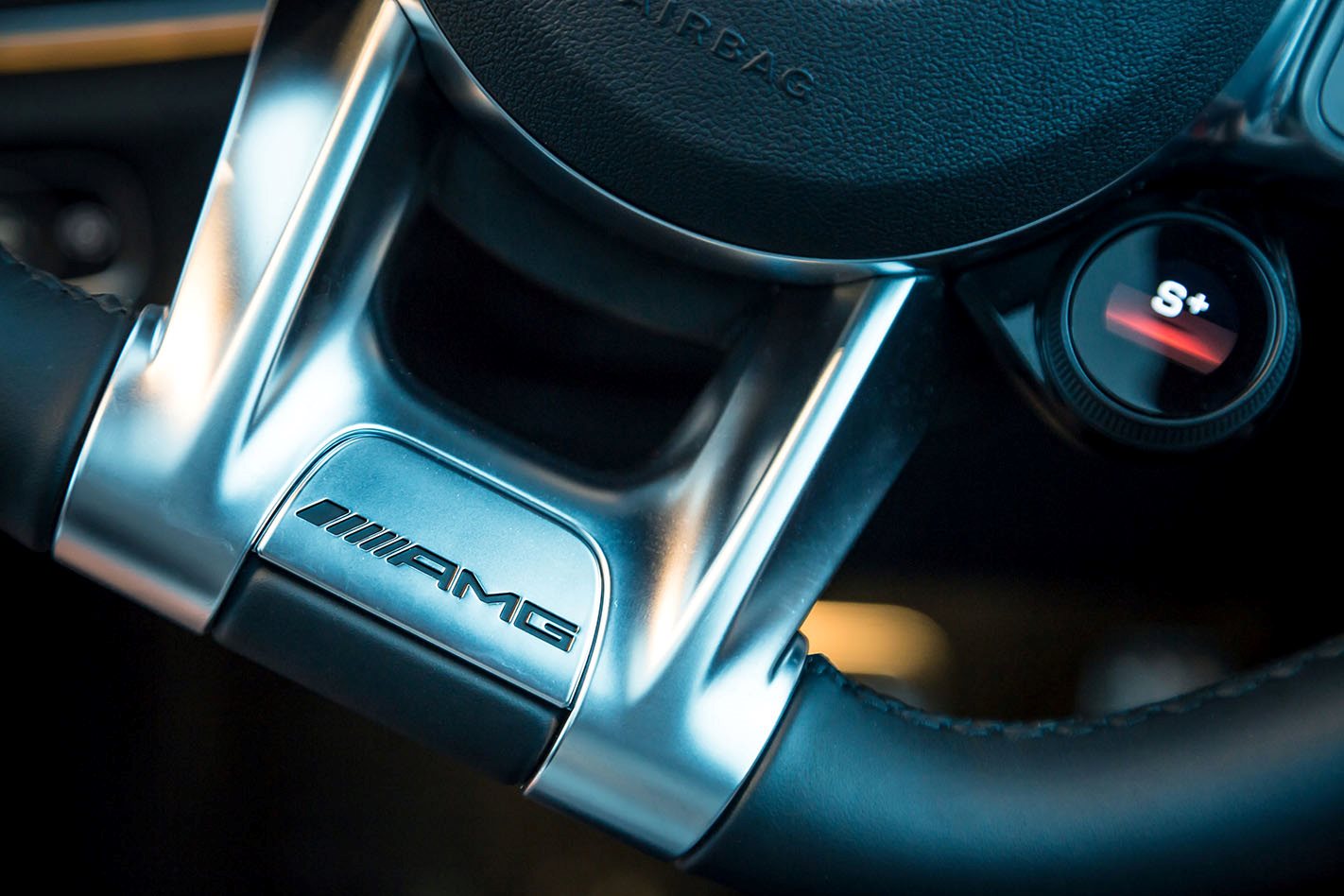 All these options represent almost $30,000 and take a fully loaded GLE 63 S above $275,000 driveaway. Expensive? That depends on how your trust fund performed last year.

Either way, the GLE 63 S comes with a five-year unlimited-kilometre warranty, beating the BMW 80,000km five-year offer and Audi's unlimited-kilometre three-year program. Service intervals are slightly more strict for 63 models, set at every 12 months or 20,000km compared to 25,000km for all other Benz models. Capped-price servicing lasts for three years.

Unsurprisingly the GLE cabin in 63 S trim is pure luxury. From the panoramic sunroof to the form-hugging seats with adjustable bolsters, it is class. Even the rear seats offer four-zone climate control and two USB-C ports. 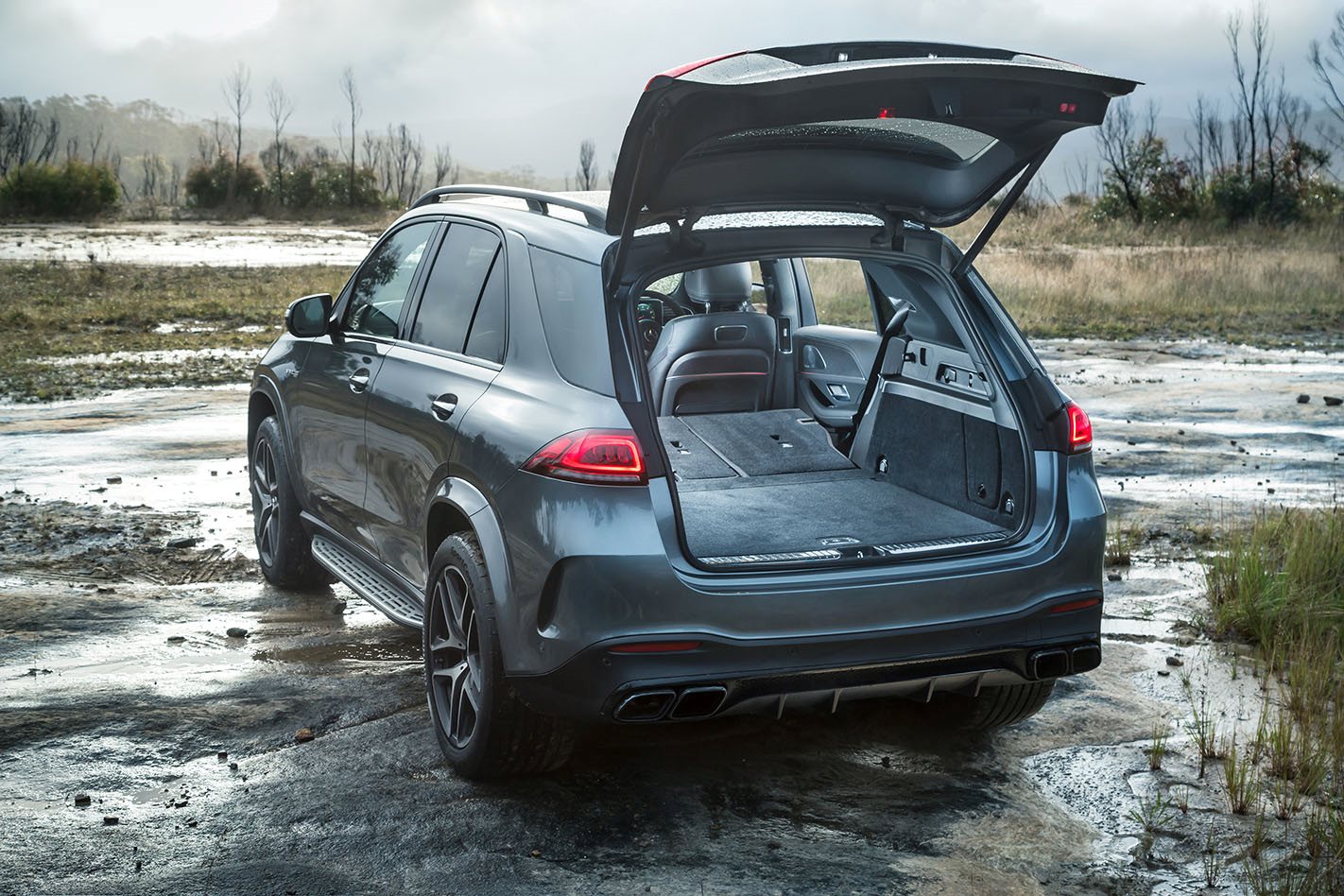 Either outboard rear seat is cavernous. There are even microphones in the ceiling that allow passengers to speak with the MBUX system.

The rear boot offers 630L worth of cargo, which grows to 2055L after folding away the rear row. Under the boot floor lies a space-saver wheel and goo kit for punctures. You can also hit a one-flick switch that lowers the rear suspension when loading items into the boot.

The MBUX dual widescreen displays offer more information than you would ever need, especially now that it features an AMG Track Pace app. The head-up display is just as rich with information, offering plenty of customisation. 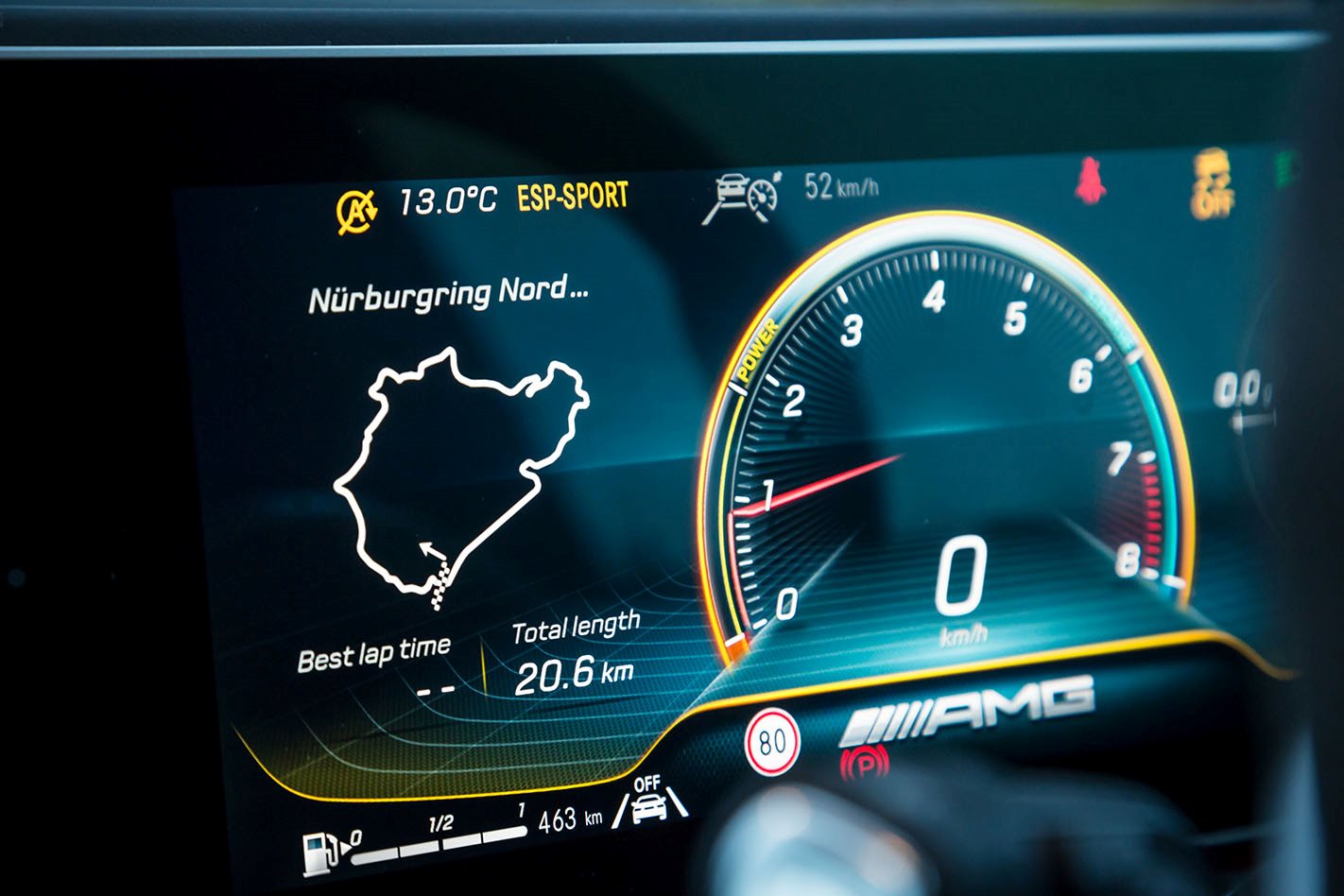 But as with many other AMGs equipped with the Performance steering wheel, there are almost too many ways to set up one thing. For instance, you can select a drive mode either through the adjustable dials on the steering spokes, a roller dial on the centre console or through the MBUX centre touchpad.

The suspension, anti-roll bars and active engine mounts link to the drive modes, of which there are seven (!) comprising Comfort, Sport, Sport Plus, Individual, Race, Trail and Sand. The latter two optimise the car’s smooth nine-speed automatic transmission and transfer-case based all-wheel-drive system to work on slippery surfaces, while the air suspension raises 55mm.

The more sporting drive modes instead lower the suspension 10mm, hunkering down on standard 21-inch wheels. Mercedes-AMG’s big-engine SUVs are known for their punch rather than their sidestep and nothing has changed for the new 63 S. Active roll bars cancel out roll to a degree and equal good directional stability through long sweepers. And the variable-ratio steering rack points true, even on decreasing radius bends. 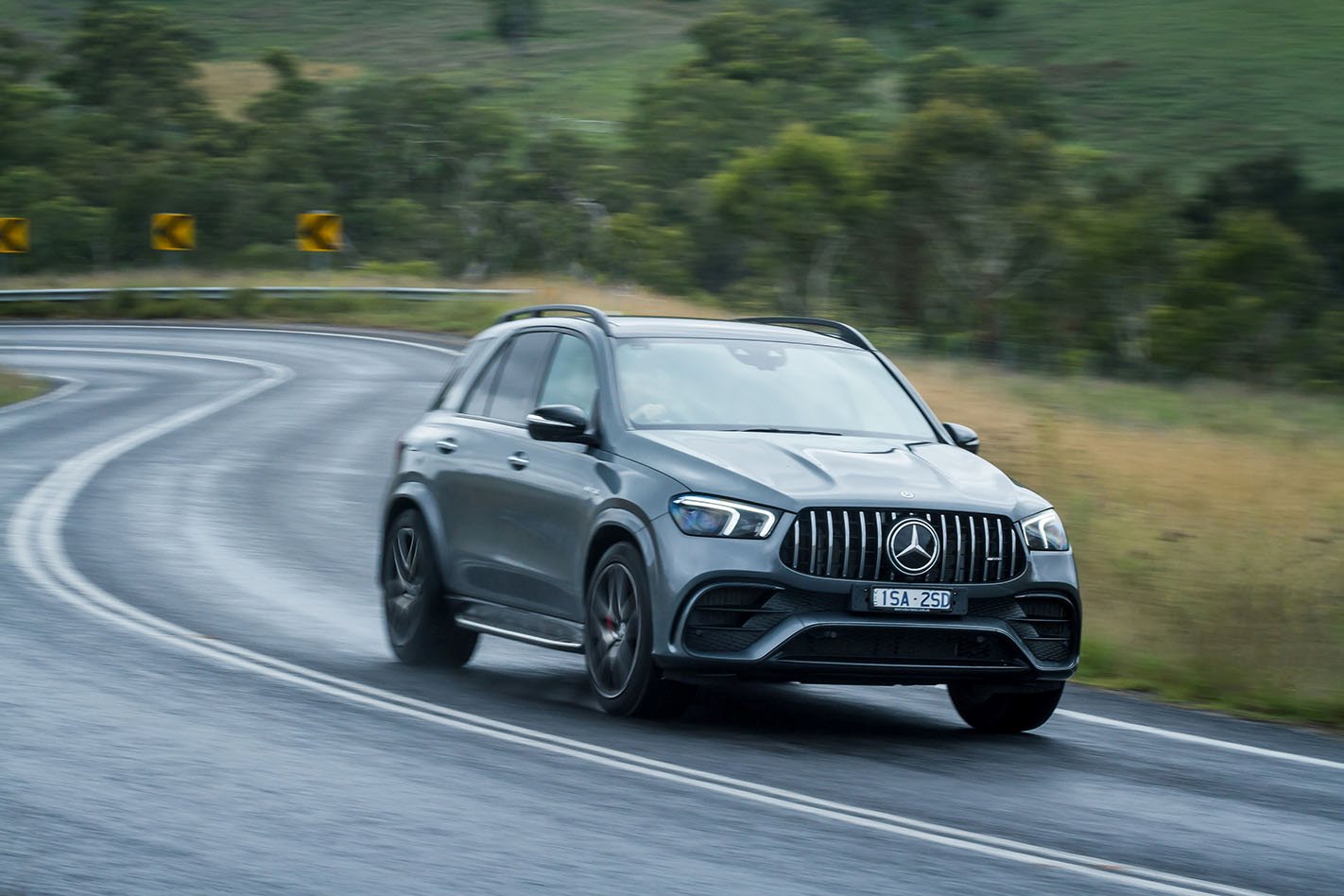 It’s surprisingly encouraging, but its ability, especially on this longer wagon variant, expires before your enthusiasm. And it’s when you’re navigating tight turns, especially at stop signs or at low speed, that it feels boatish. That said, the drawcard here is that bellowing engine, enlivened with one press of the exhaust button.

Although it booms down low with the exhaust open, the engine’s sweet-revving nature equals a robust, full-bodied roar on the way to its 7000rpm redline. The push forward is tremendous in the mid-range, especially when the electric motor is chipping in. The sprint from zero to 100km/h is claimed to fall in 3.8 seconds.

You are occasionally confronted by the tremendous weight the engine has to battle. For instance, even the unbelievably grunty twin-turbo V8 can struggle to get going in fifth gear under 3000rpm.

The upside is an all-wheel-drive system and electronically controlled rear LSD that never runs out of grip on Continental tyres that span 275mm wide up front and 310mm wide out back. 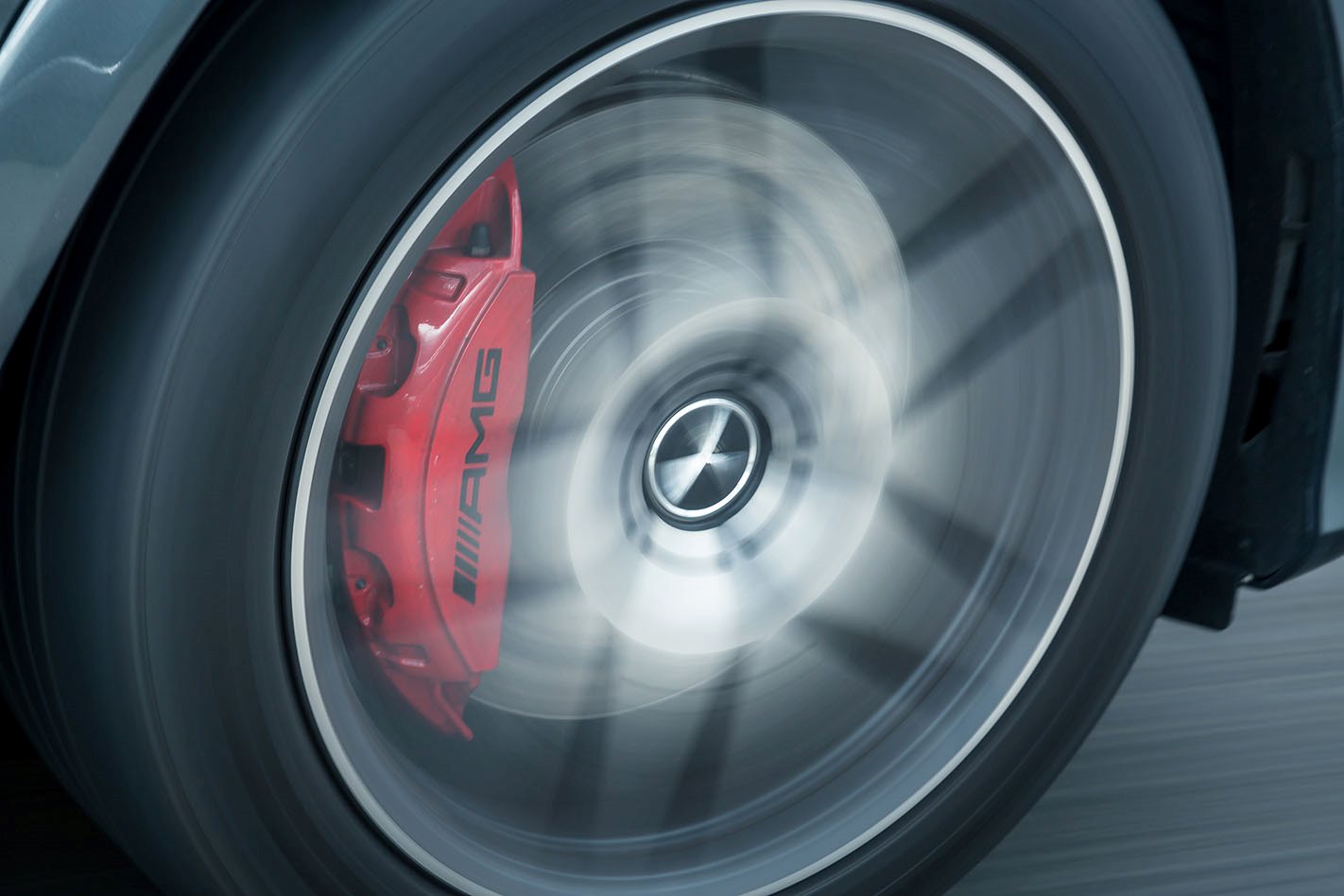 Although this equals tremendous braking power via six-piston front calipers that bite 400mm brake discs (single-piston calipers and 360mm discs at the back) the mild-hybrid system regeneration has robbed feedback from the brake pedal.

Overall, what’s most likeable about the GLE 63 S is its honesty. Although it’s nowhere near as agile as something like a Porsche Cayenne GTS or BMW X5 M, you can sense it doesn’t care. Instead, it concentrates on what a five-metre SUV with a twin-turbo V8 should.

Some of that includes hinging its personality on the idea of a twin-turbo V8 in a two-tonne SUV. Thankfully, electrification hasn't softened the monster within the maddest GLE Mercedes sells. But its strengths also include the serious luxury, passenger comfort and long-legged cross-country ability we expect. 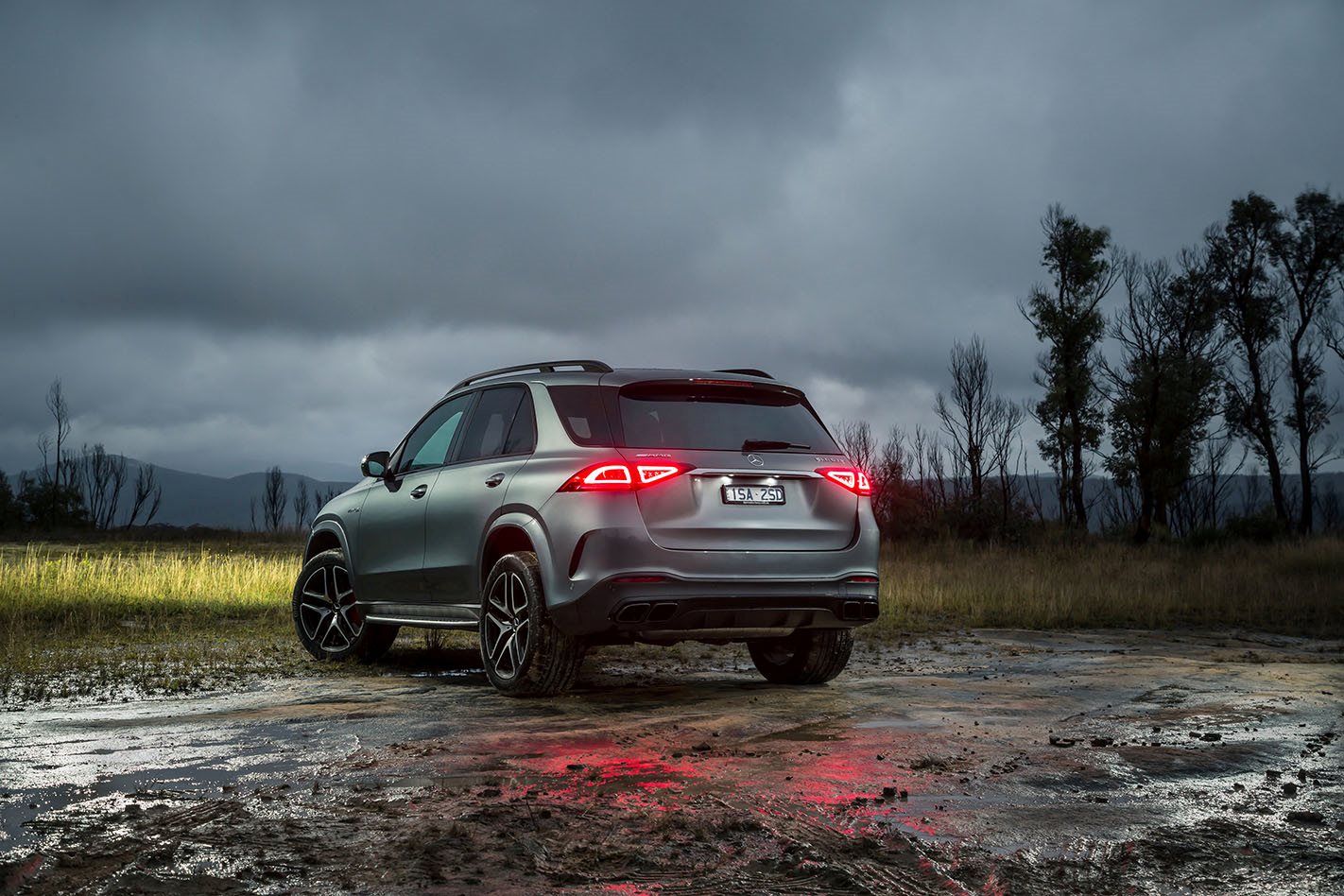 The GLE 63 S wagon uses its long wheelbase, 21-inch Continentals, air suspension, active engine mounts and anti-roll bars to filter out the outside world. And the interior space offered to all passengers, as well as in the boot, really underscores the wagon’s practicality.

The only thing missing is simplicity. We suspect that, like the driver who is surrounded by all those buttons, the GLE 63 S itself is overwhelmed by the technology.

Then again, when it comes to twin-turbo V8 luxury monster trucks like this, pragmatism is not as important. 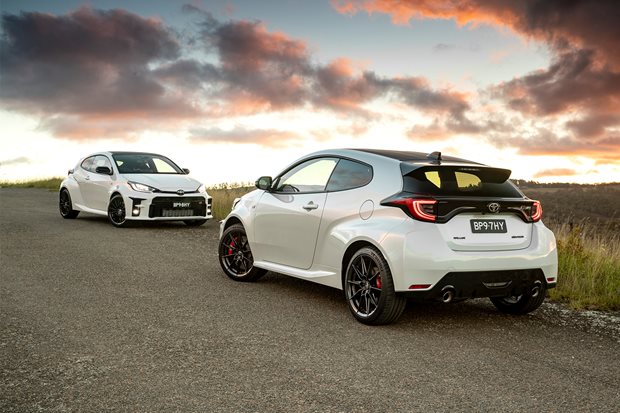