There’s something to be said for the Mazda CX-3’s ability to stand tall against some of the newer competition it faces. Sure, it’s had some useful updates along the way since its early-2015 debut, but they’re still minor in the scheme of things. Yet, here it is, sitting at the pointy end of this field. And the sales charts, too.

Chief among all attributes is the simple fact it's entertaining to drive. Progressive, natural steering and a keen ability to hook into corners rather than just tolerate them made sure the keys to the CX-3 were in high demand on test, while its strong 2.0-litre engine is easily one of the most engaging. 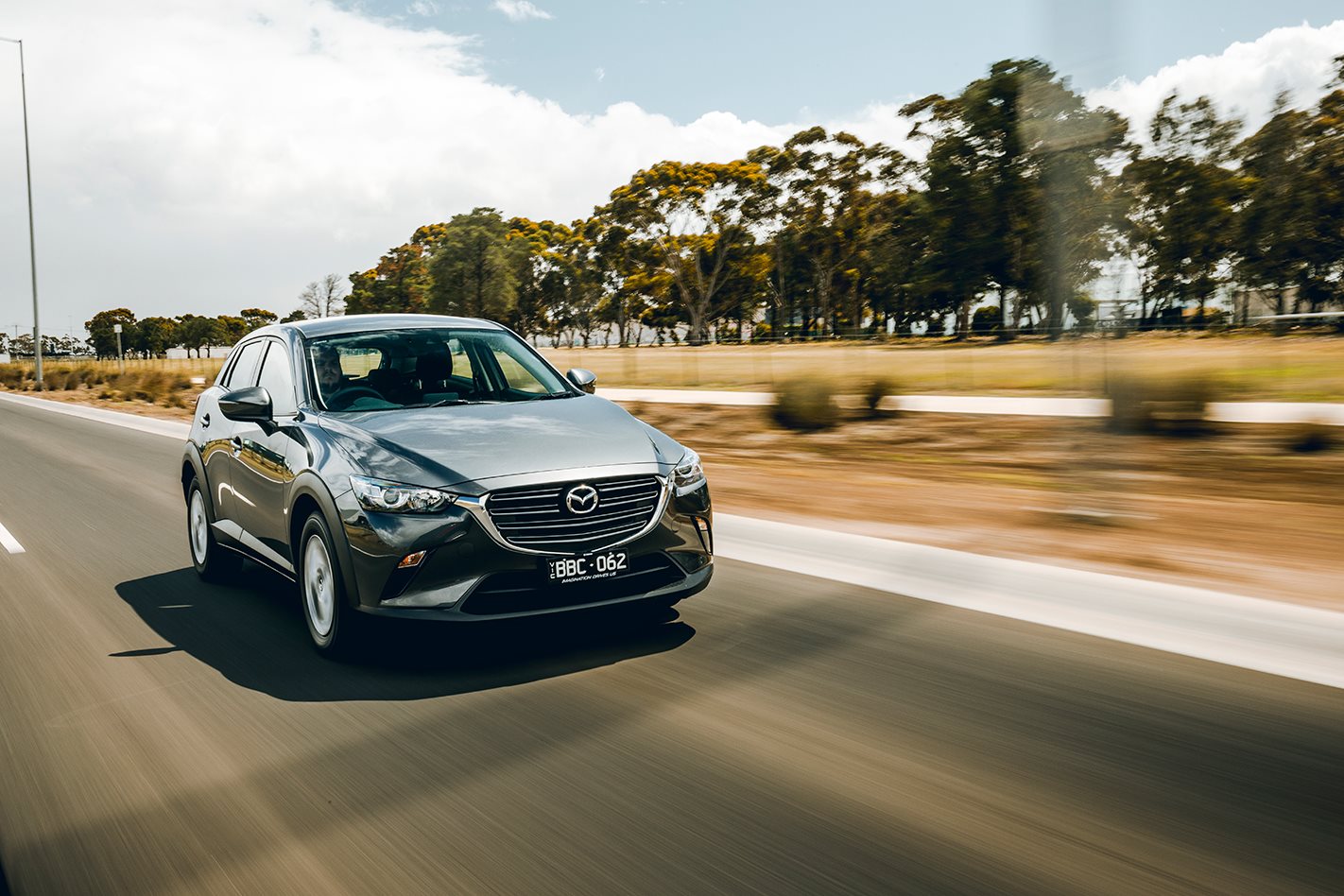 The on-paper figures don’t suggest anything amazing – its atmo four-cylinder still only ekes out 110kW/195Nm – but the Maxx Sport pulls smoothly throughout its rev range and its slick-shifting six-speed torque-converter automatic does a great job at selecting the right ratio for the situation. Where the Thai-built compact crossover really stands out is its ability to pick up the pace when you’re really on it. Push the toggle to ‘Sport’, and the gearbox will hold on to each gear, keeping the engine on the boil as needed. And the stubby little lever, when moved to manual mode, allows for furious pull-back upshifts, sports-car style.

Recent updates improved the value proposition by supplying extra kit in lower-spec variants, but also focused on bettering previously intrusive NVH levels. The net result shows a definite improvement in terms of road noise and ride control over corrugations, but still doesn’t shy away from letting itself be heard.

The CX-3 is the only car on test which includes start/stop tech to aid efficiency (and emissions); its 8.7L/100km consumption average was impressive given how hard it was driven over the test loop. 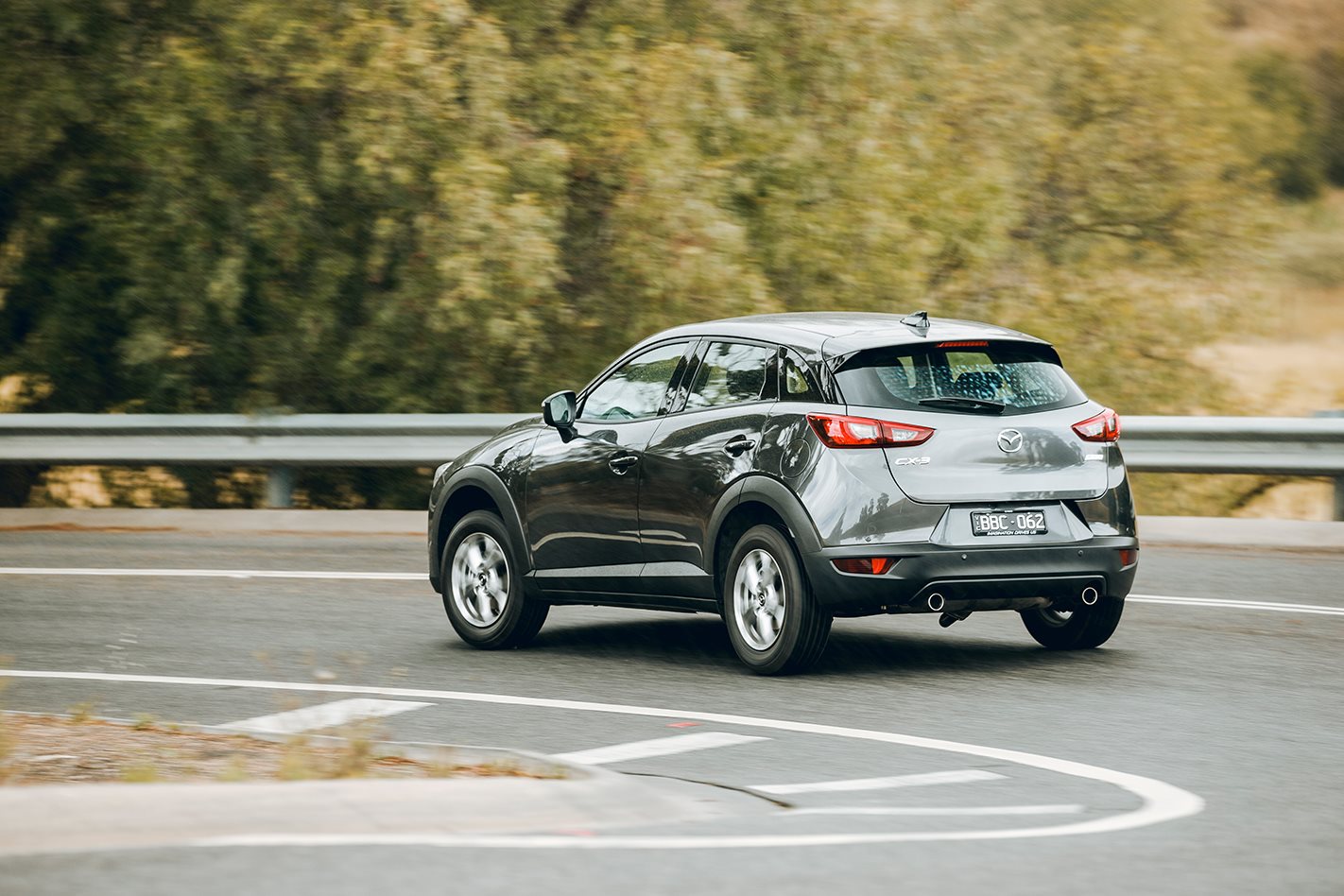 With four bodies on board, the CX-3 handled the punishingly potted road that makes up our ride test with a certifiable pass mark. It conquered sharp divots without fuss and ironed out smaller imperfections smoothly, all the while remaining dynamically superior through bends. It controlled its weight more like a hot hatch.

Interior quality is still right up there for its age, too, with Mazda’s well-designed MZD Connect infotainment system taking pride of place on the dash and choice materials combining to make the space feel as though it’s punching above its weight.

Read next: Electric SUVs for the environmentally-conscious

The cloth seats are plush in both rows and provide good side-bolster support, but it can be tricky for larger folk to get comfy. The leather-bound steering wheel feels lovely in hand and ties in with a clear central speedometer flanked by a digital tacho. 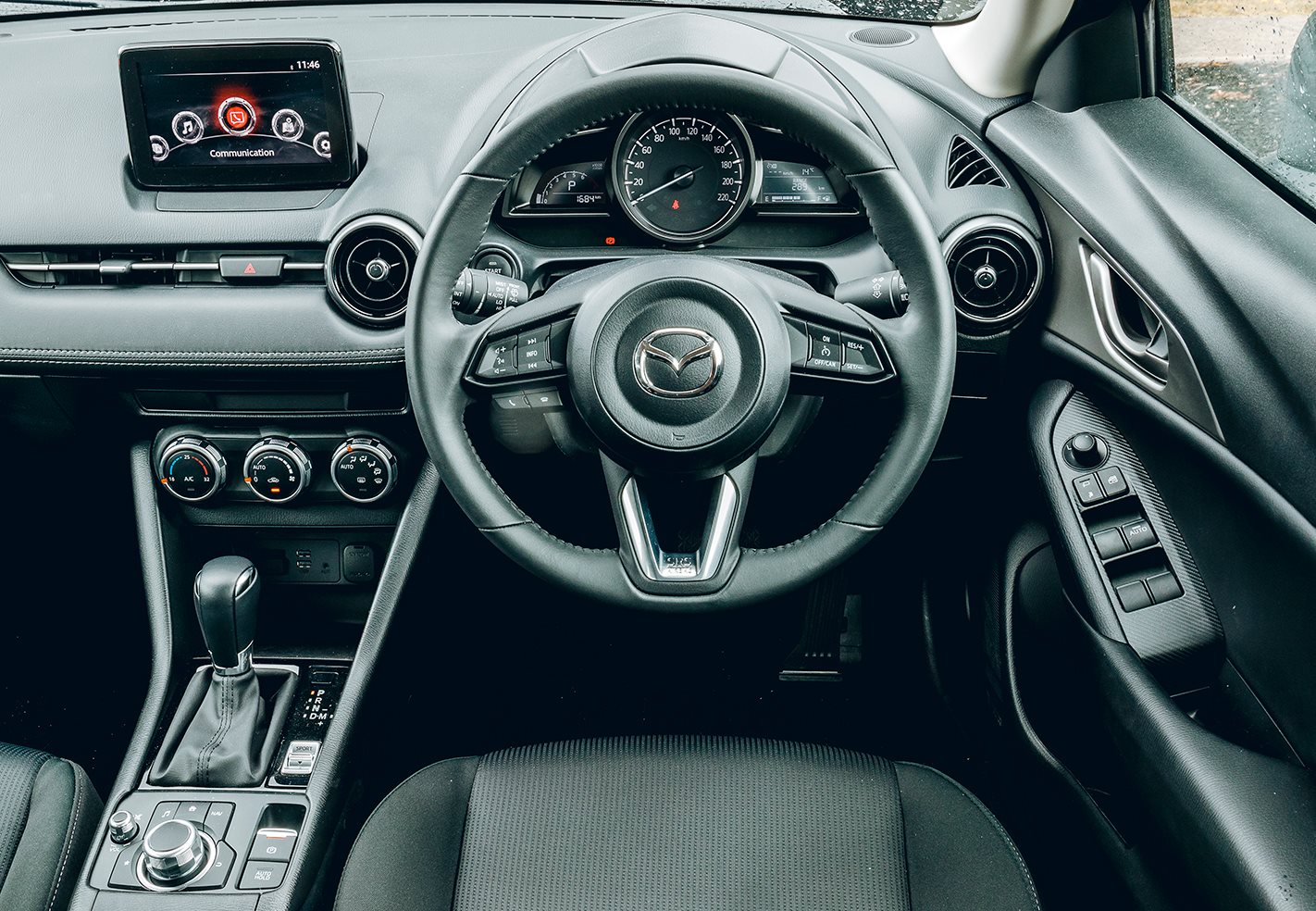 Where the CX-3 equation starts to lose a little lustre is the point when you slide into the back seat. It’s not unbearable by any means, and the cushion and backrest themselves do their job admirably, but it is cramped, and knees do hit seatbacks (albeit soft ones). There’s not much in the way of amenity in the rear, either, aside from a centre armrest and a bottle holder in each door. It also has the smallest boot on test, offering up a paltry 264 litres.

Look past its rear-seat and boot deficiencies and you’ve got an SUV that oozes charm, teamed with drivetrain sophistication and a chassis that can still carve it up with the best of them.

Whereas rivals like the newly updated ASX present as though Mitsubishi is serving up the same old dish, just reheated, the CX-3 has remained piping hot throughout its lifecycle. Bravo, Mazda. 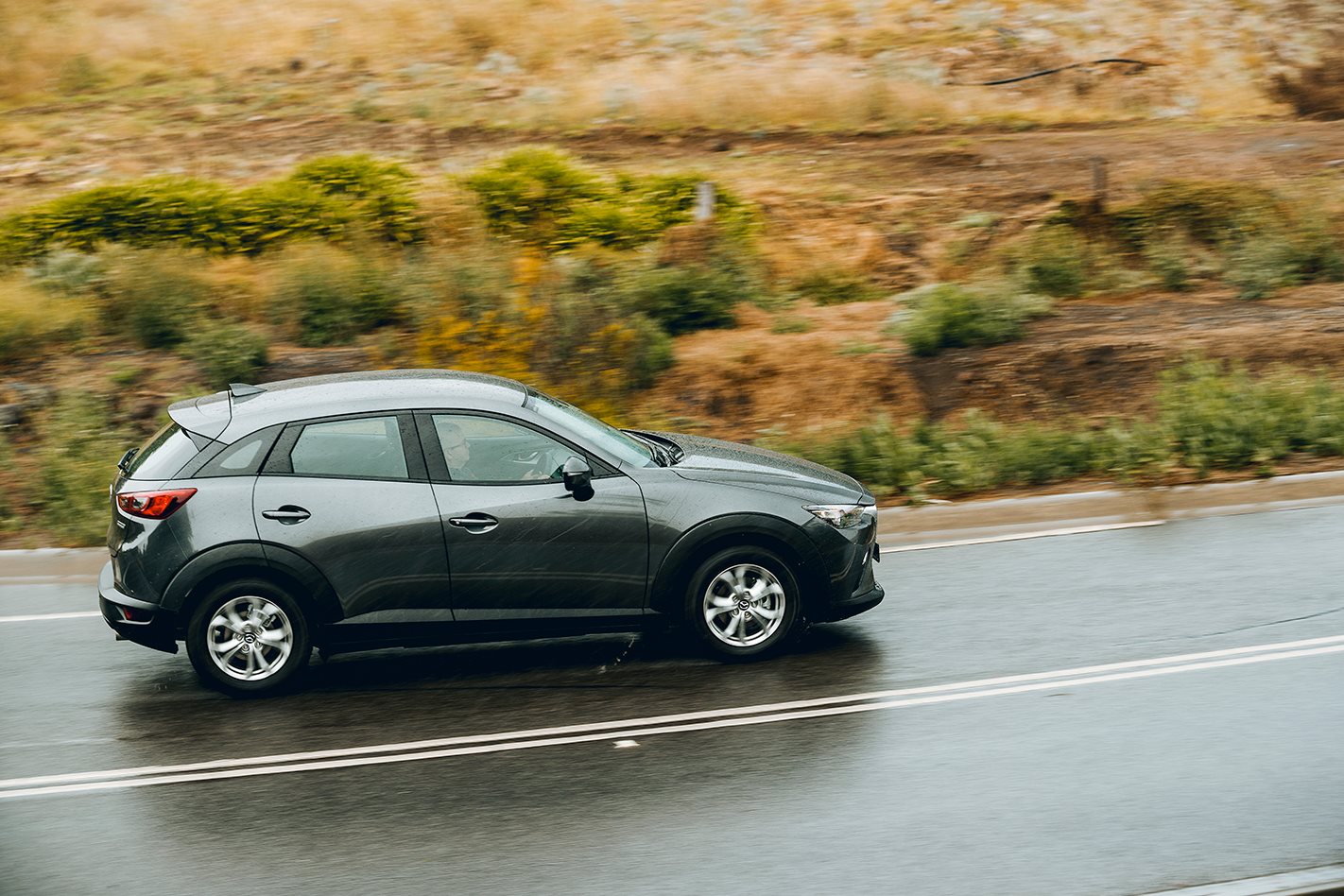