One of the very few positive things about war is that it's an astonishingly effective catalyst for technological and scientific advancement. In fact, were it not for the second world war and the cold war that followed it, many of the things we take for granted today either would never have been invented, or wouldn't be at the advanced stage that they are right now. One such innovation is the one you're using to read this article right now: the internet.

The automotive industry, perhaps more than any other aspect of civilian industry, has benefited hugely from technology initially intended to help us kill other people more effectively. Somewhat ironically, most of that tech is now used to help us stay safer out on the road, and you may be surprised that the origins of some of your car's features can be traced back to warfighting equipment. 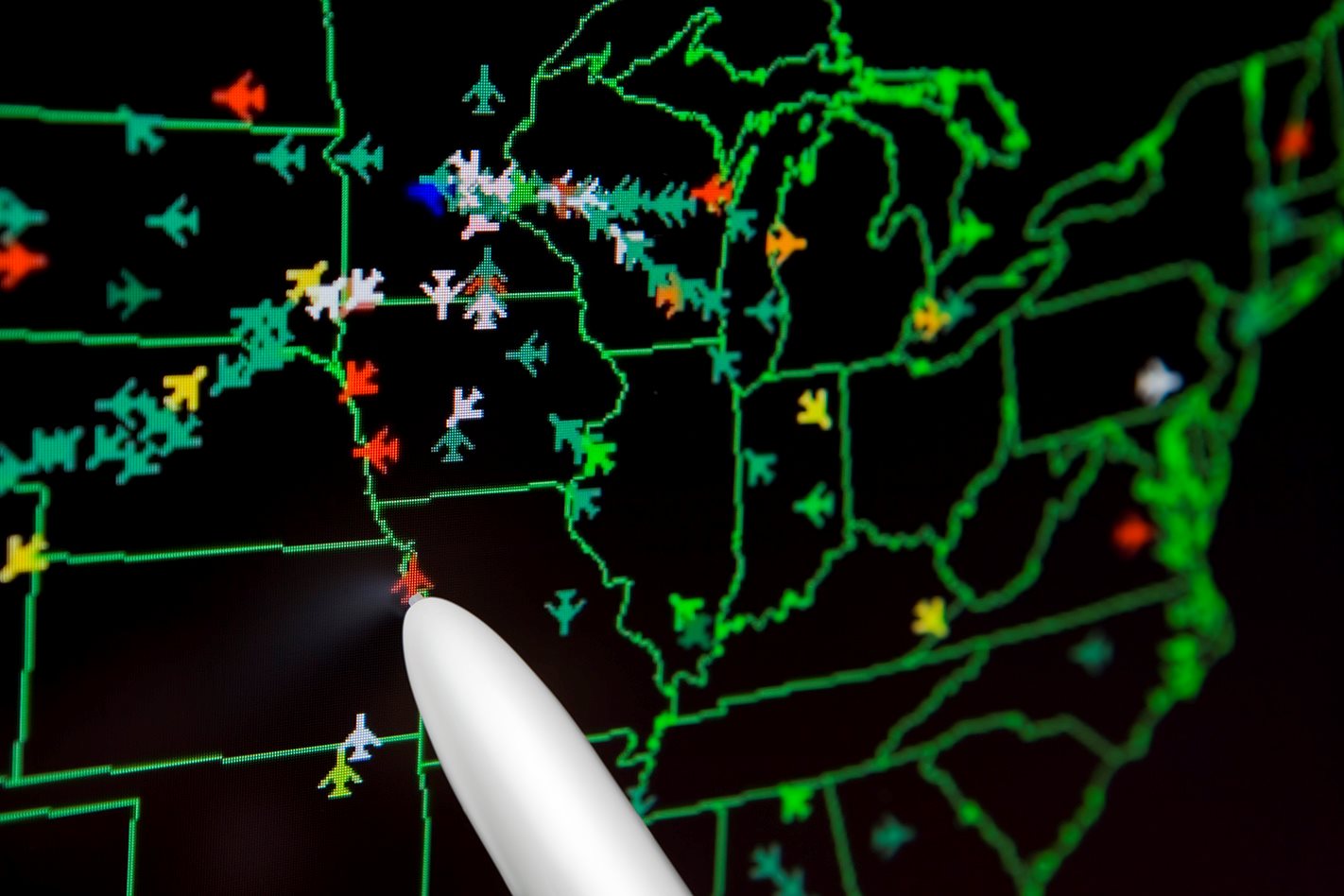 The system that helps keep your car a comfortable distance from the car in front when active cruise control is switched on has its roots in world war 2 Britain, where it was deployed to detect Nazi bombers long before they came into visual range and thus gave British fighters the upper hand in the air.

That system was called Chain Home, and the technology it used is what we now call “radar” (an acronym standing for Radio Detection And Ranging). It’s been pivotal for commercial and military aviation since the British proved its usefulness in wartime, but it’s only recently become commonplace in cars as a safety device.

The principle remains the same – radio waves are sent out ahead of the car, with objects in front bouncing those waves back towards it. The time taken for those “returns” to arrive back at the car then tells the computer how far away an object is, as well as its rate of approach. If a collision is deemed imminent, the car can take over the brakes and throttle to ensure separation is maintained - it's the technology that drives most active cruise control and autonomous emergency braking (AEB) systems. 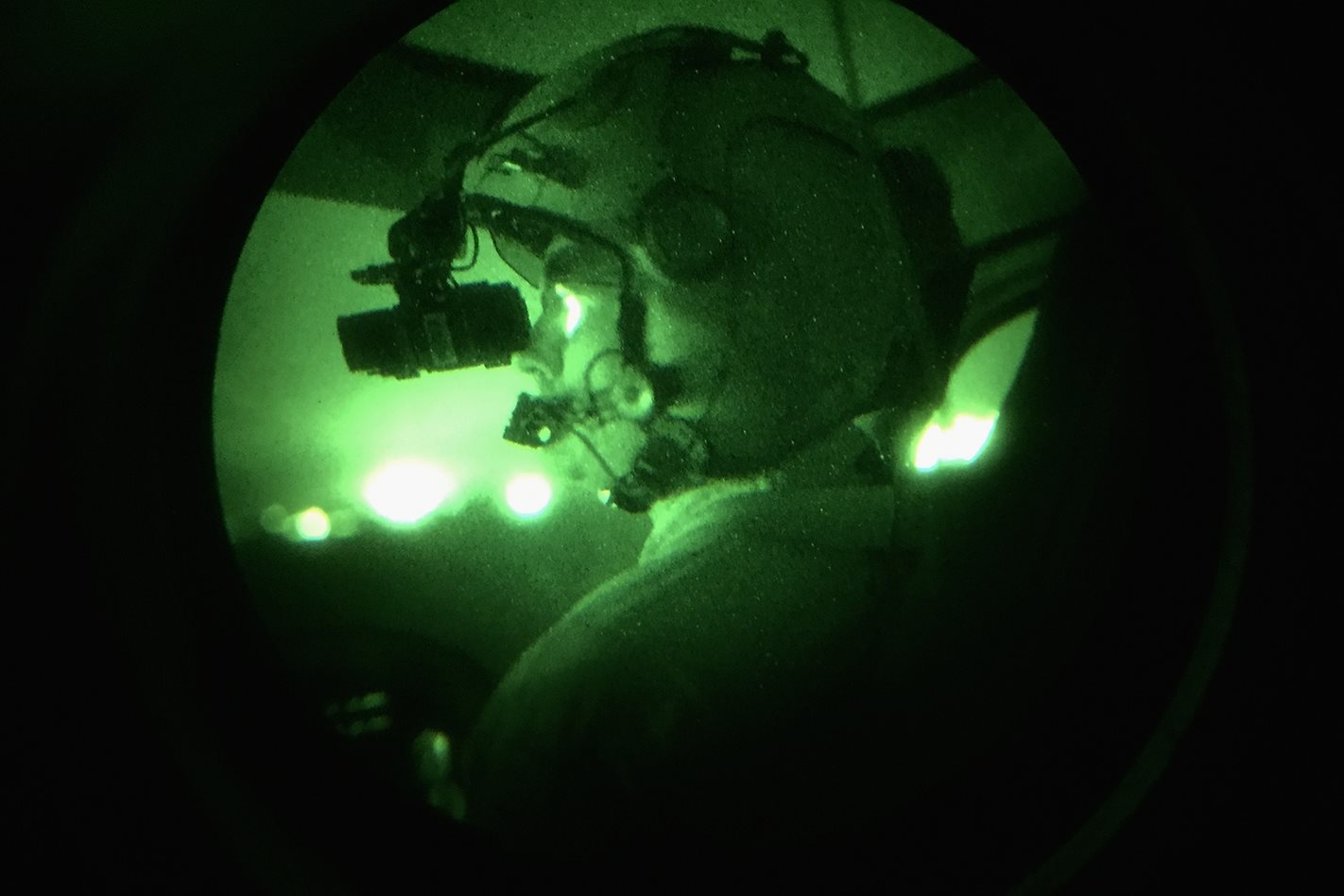 High-end cars like the BMW 7 Series and Audi A8 have been available with forward-facing night vision cameras for a number of years now, allowing drivers to see hundreds of metres further ahead than the headlamps can reach, revealing potential obstacles and wildlife well in advance.

But what are the origins of this tech? Awkwardly, we have the Nazis to thank.

The Third Reich developed the first workable night vision systems, which worked on the infrared spectrum and required a sizable infrared lamp in order for targets to be revealed. The USA made their own system afterward, with the Soviets following, and eventually over the course of the cold war night vision optics would shrink to the size where they could be mounted on a soldier’s rifle or helmet and didn’t require any infrared illumination to function. 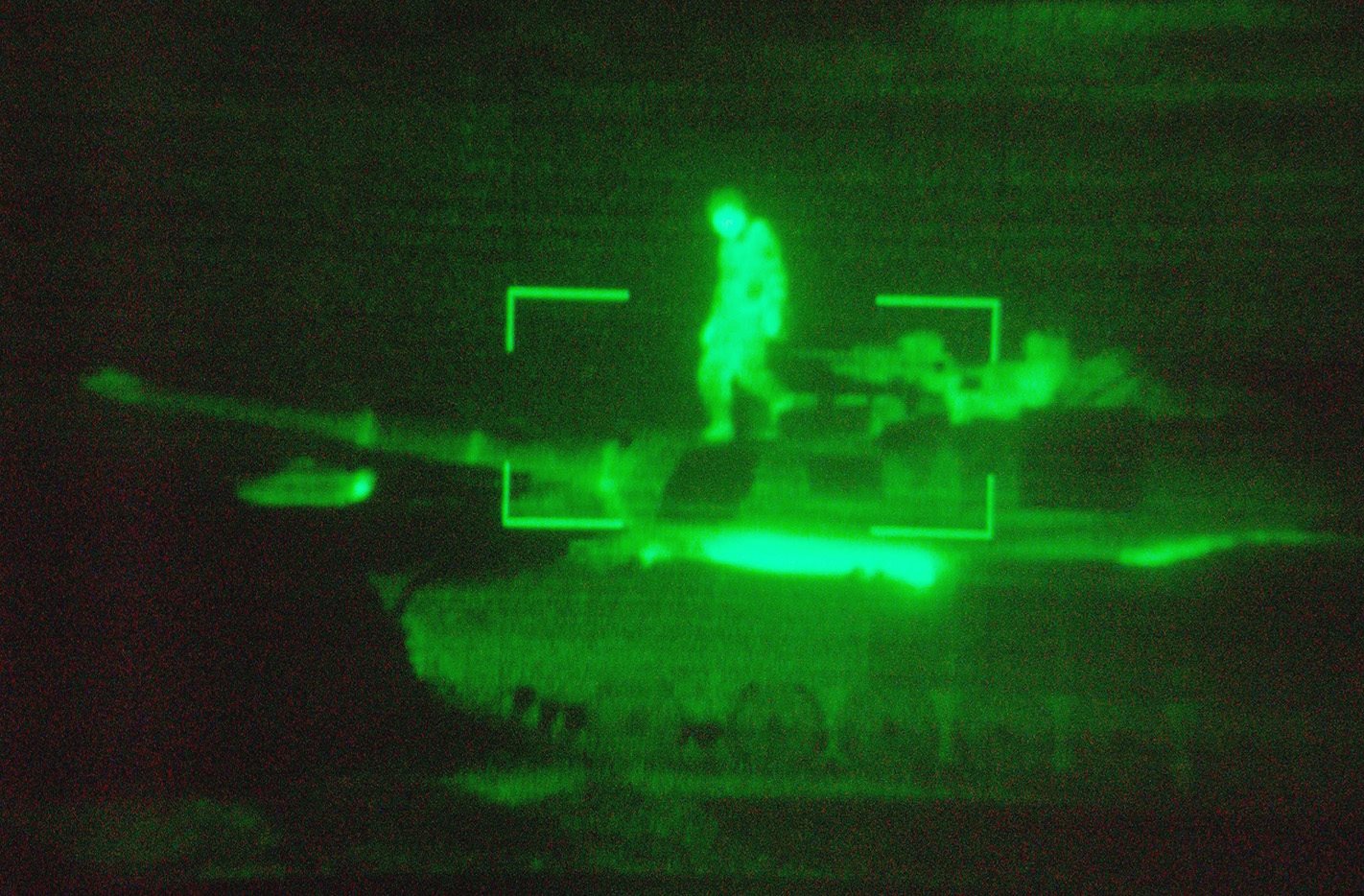 These days some night vision systems work by detecting emissions in the infrared spectrum (which mean you aren’t looking at light, but rather the heat given off by people, vehicles and the environment like in the image above) and are often referred to as thermal sights above, while the more common ‘green tint’ night vision systems are image intensifiers that magnify existing light levels and can work using just ambient light from the moon and stars.

Car-based night vision tends to use thermal imaging cameras rather than image intensifiers, and now that technology helps you avoid kangaroos on lonely country highways. Neat.

Car-to-X – it’s like the internet, but for fighter jets

The idea of cars being able to communicate wirelessly to other vehicles and road infrastructure is indeed a novel concept, and one that’s right now regarded as critical for the further development of autonomous cars and improving traffic flow in logjammed cities.

However, it is far from a new idea. 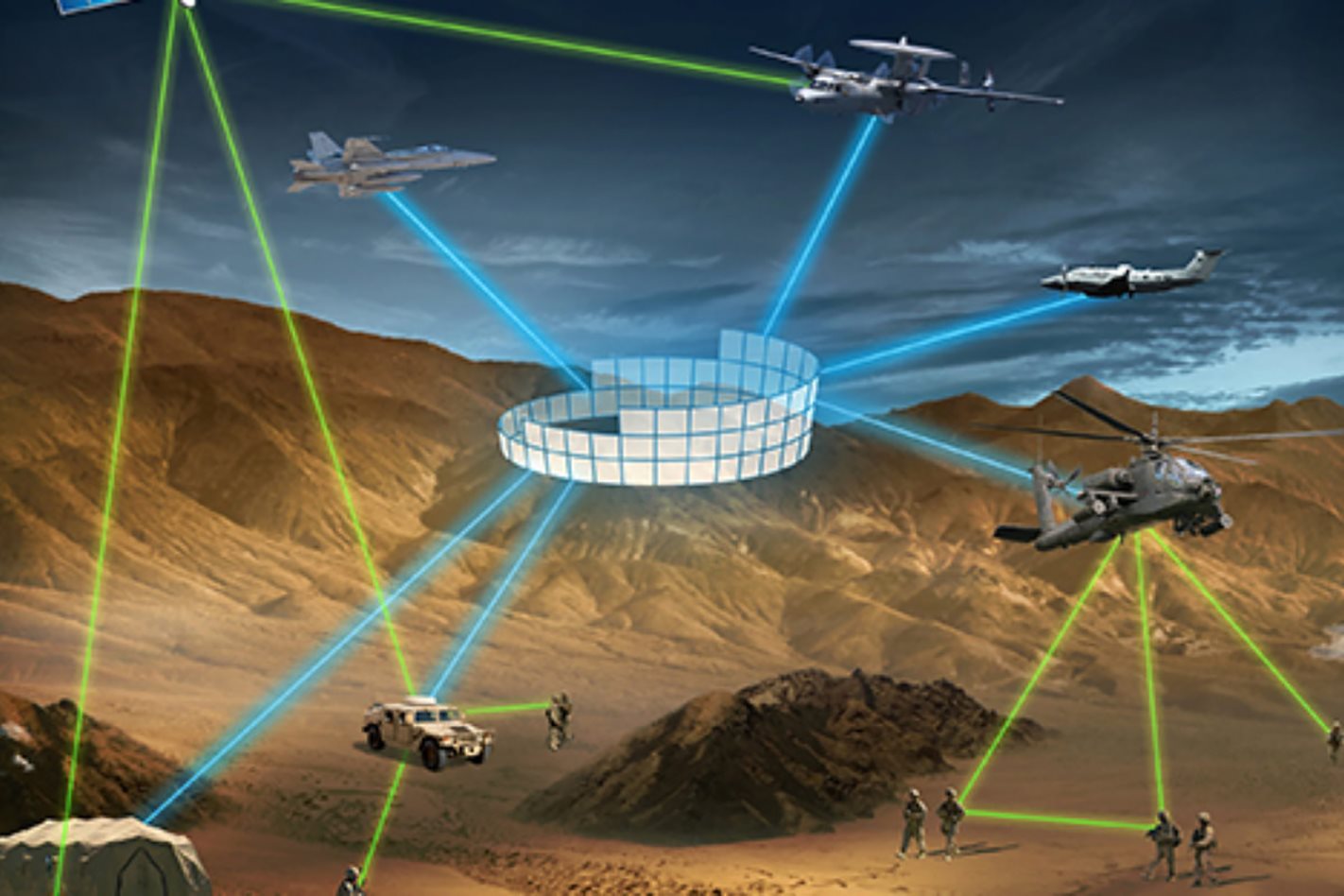 Western militaries have been using a similar system for decades now to enable fighter jets, bombers, radar installations and missile batteries to share information with each other, transmitting data about where targets are in the sky and on the ground wirelessly over a secure datalink.

Known by various names but most often referred to as “Link 16”, the datalink protocol gives a critical advantage to combat aircraft in particular: because target data is supplied by a different aircraft, they’re able to intercept targets without switching on their own radar – the electromagnetic equivalent of activating a strobe light in a dark room. By keeping their radar off and using the datalink, they can then sneak up to enemy forces while remaining undetected.

For cars, the data-sharing principle helps individual vehicles build a better picture of their surroundings than if they were relying just on their own on-board sensors. Also, by integrating with streetside infrastructure like traffic lights, they can also anticipate changes in traffic conditions and speed up or slow down accordingly, leading to smoother traffic flow and less time spent stationary. If you've heard the term "car-to-x", that's what this kind of 'swarm intelligence' is. 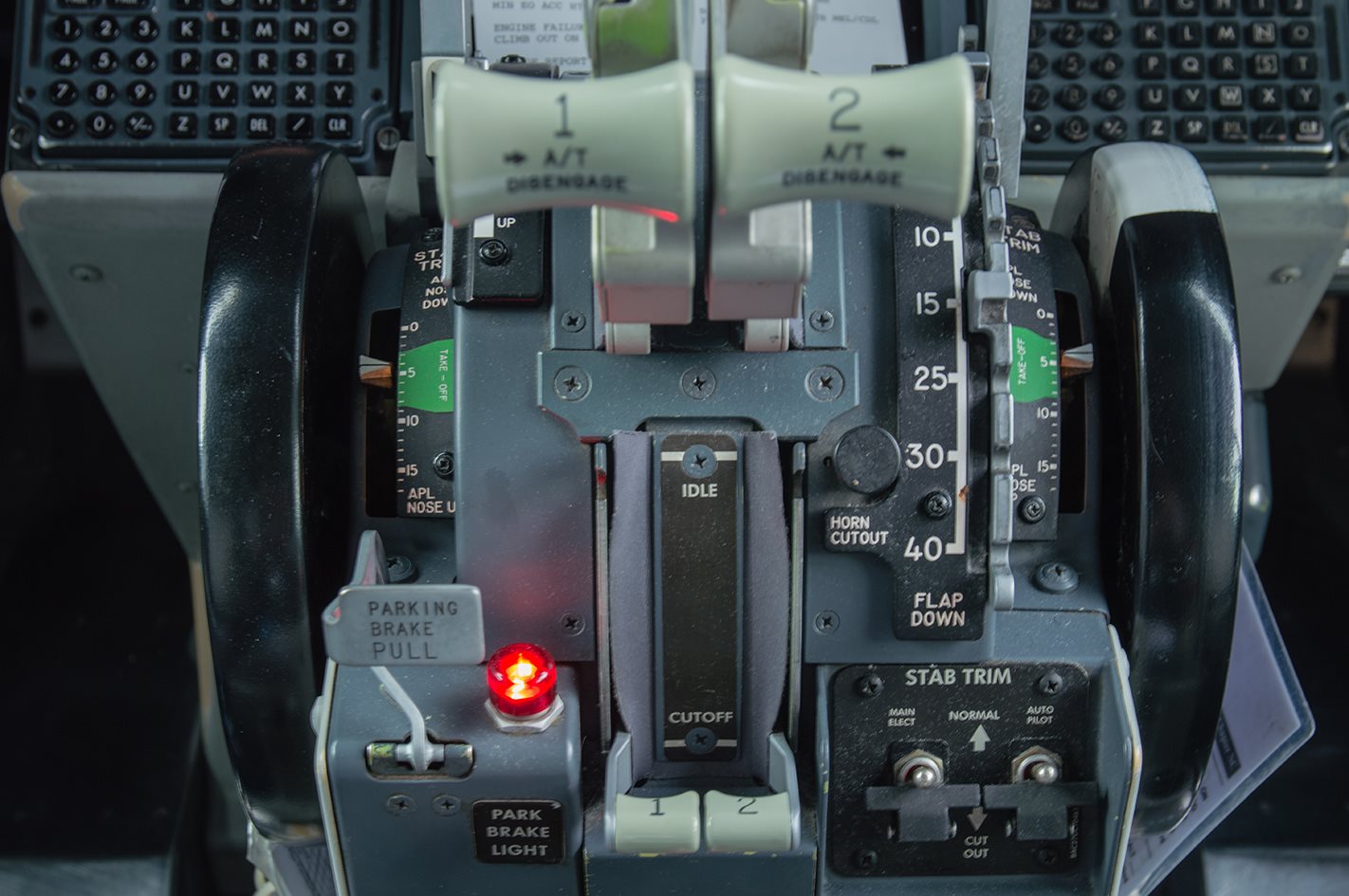 For obvious reasons, most people prefer the reassurance of a mechanical connection between their feet and hands to their car’s steering, engine and brakes. However, technology pinched from the world of aviation is slowly trickling down to everyday road vehicles, with the promise of better performance, less weight and improved reliability.

Both military and civil aircraft have been employing “fly by wire” technology for decades now, which sees traditional mechanical linkages between the pilot’s controls and the control surfaces, like rods, cables and hydraulic pipes, replaced by electrical connections and computers. 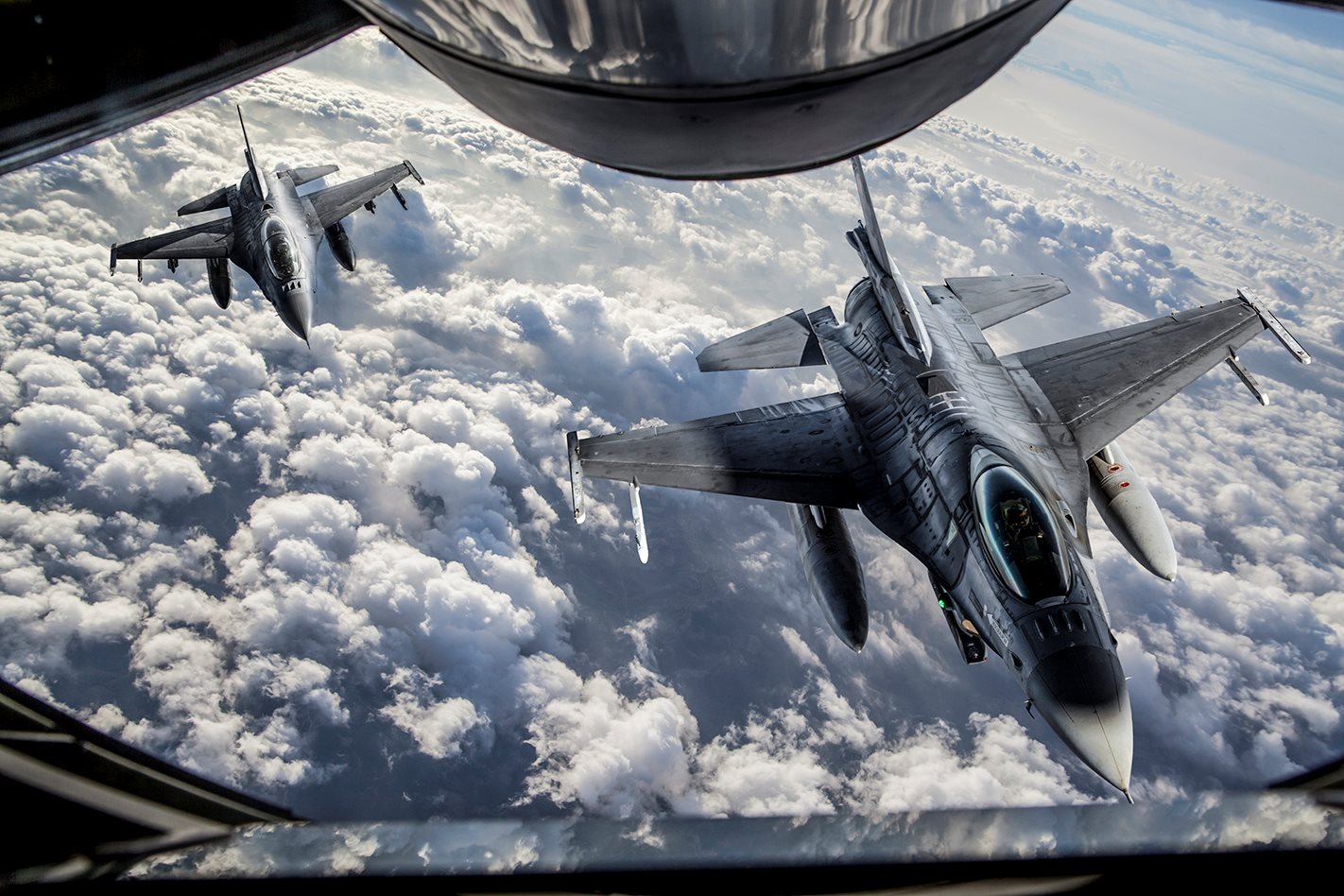 The main reason is to reduce weight and eliminate systems that can be tricky to maintain or offer poor reliability. A handy side-effect is that by filtering a pilot’s input through a computer, an aircraft can be made far more agile, a trick that the F-16 fighter jet, above, uses to great effect. How? Well, the pilot’s controls simply tell the computer what the pilot would like their aircraft to do – the computer meanwhile sends faster and more precise signals to each control surface to execute that command – often manipulating those surfaces in ways that wouldn’t seem intuitive to a human, or at speeds that a human wouldn’t be able to physically input.

Most cars these days feature fly-by-wire (or drive-by-wire, more correctly) technology in the form of an electronic throttle. It’s a similar principle to the above example – the accelerator pedal merely informs the car’s ECU about how much thrust the driver requires, while the computer has full control over the physical position of the engine’s throttle plate. The result is more responsive performance and better fuel economy, because a computer - and not the driver's foot - is better suited to optimising air and fuel flow into the engine.

Steer-by-wire and brake-by-wire is also coming into existence, with Infiniti and Alfa Romeo leading that charge with the Q50 and Giulia respectively. 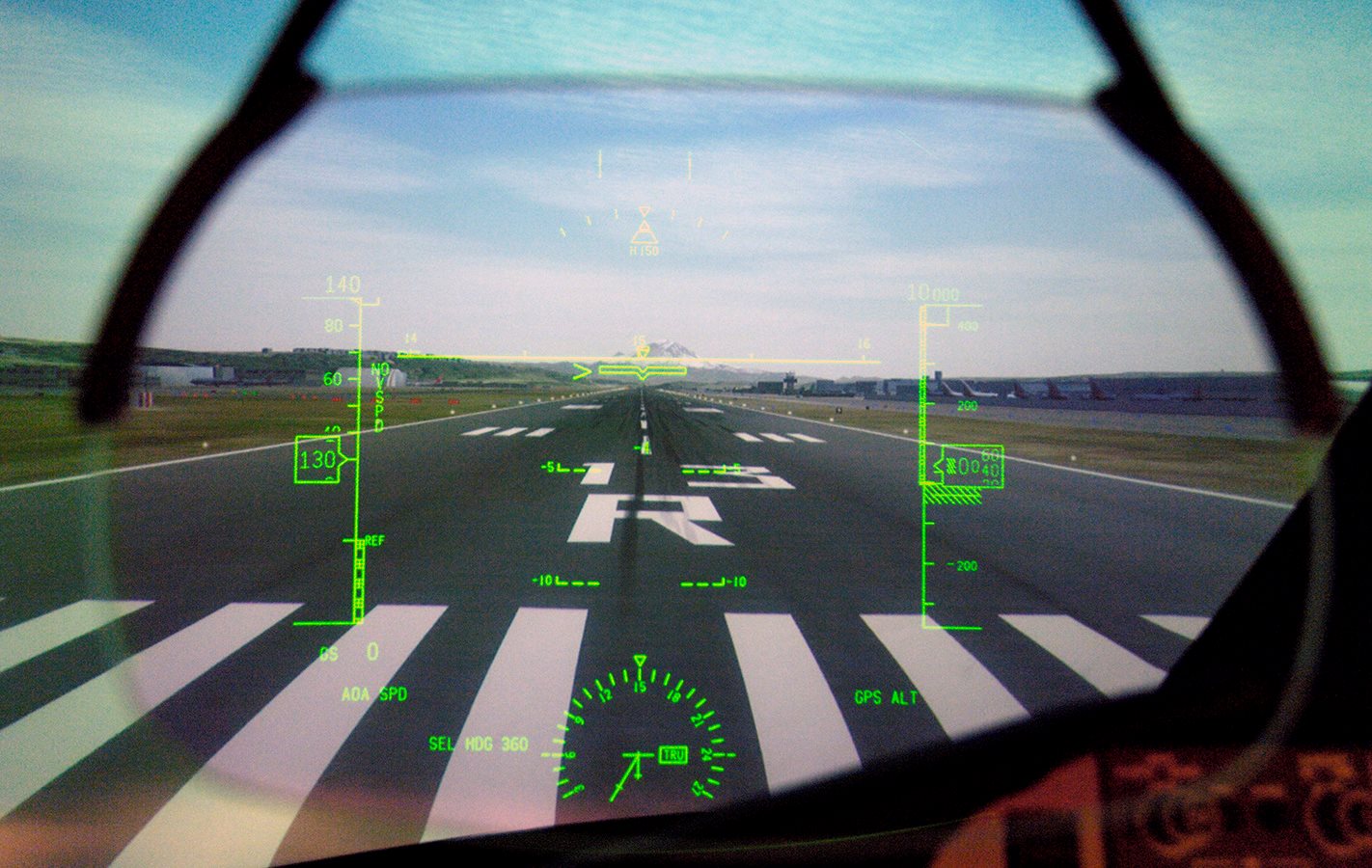 Is it any surprise that aviation has been the biggest source of technological trickle-down to the world of cars? Head-up displays have over the past decade become so common that you can now find them in something as ordinary as a Mazda 3 or Toyota Corolla, yet for most of the cold war period that tech was only found in frontline combat aircraft.

A development of simple reflector gunsights, head-up displays - or HUDs - project moving graphics onto a glass plate ahead of the pilot/driver, making the graphics and symbology appear to float in midair in front of the aircraft/car. 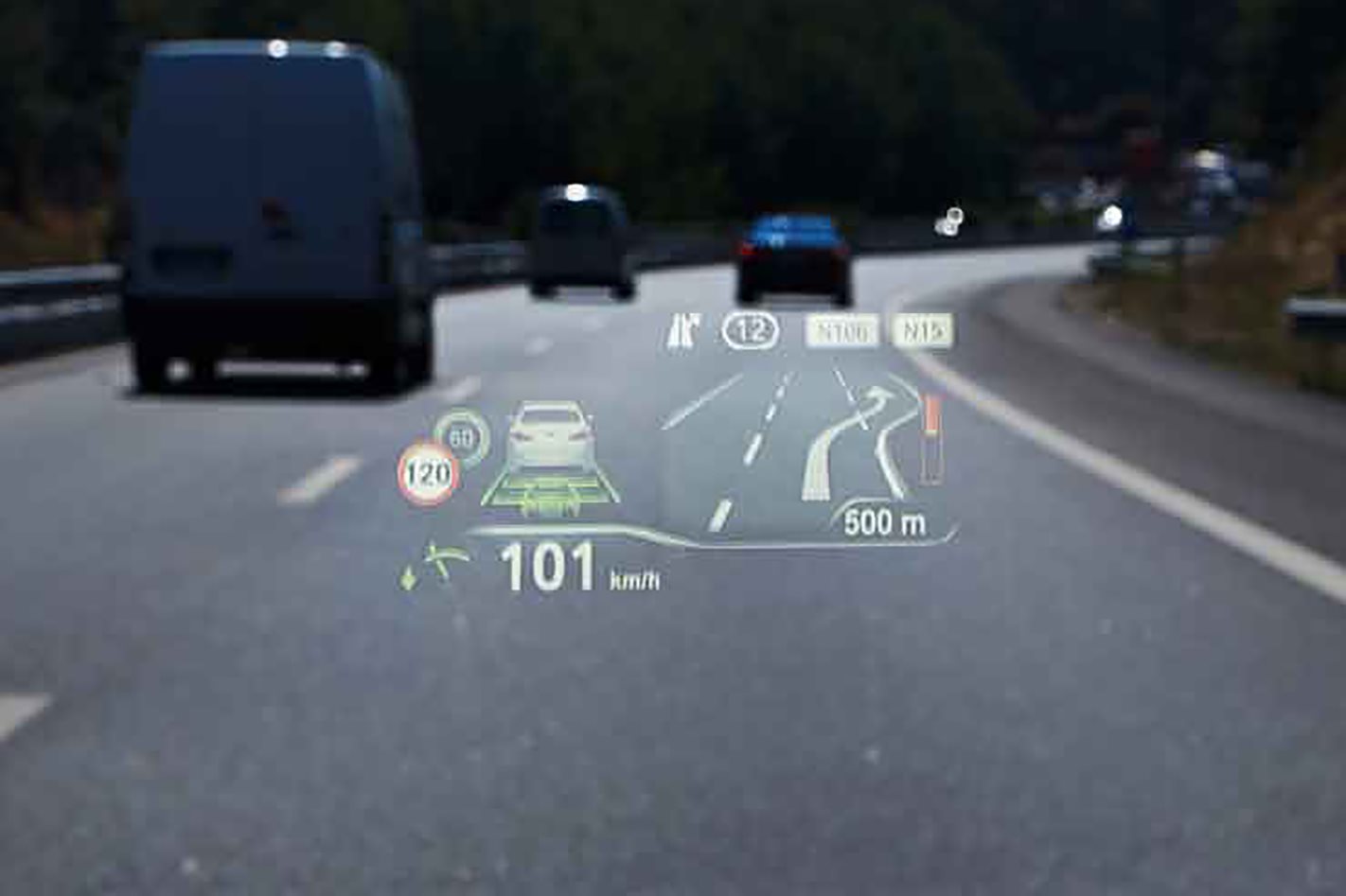 A HUD is vital in fighter jets because it puts crucial information right in the pilot’s eyeline, allowing them to maintain visual contact with targets and use their weapons more accurately. They’re great to have in cars for similar reasons, by projecting speed readouts, turn-by-turn navigation instructions and more, meaning you can keep your eyes up and on the road for more of the time.

Another handy side effect is that because that information appears to float ahead of the driver somewhere above the bonnet, a HUD can reduce eye strain by reducing the amount of refocusing the driver’s eyes have to do whenever they go to check their speed. 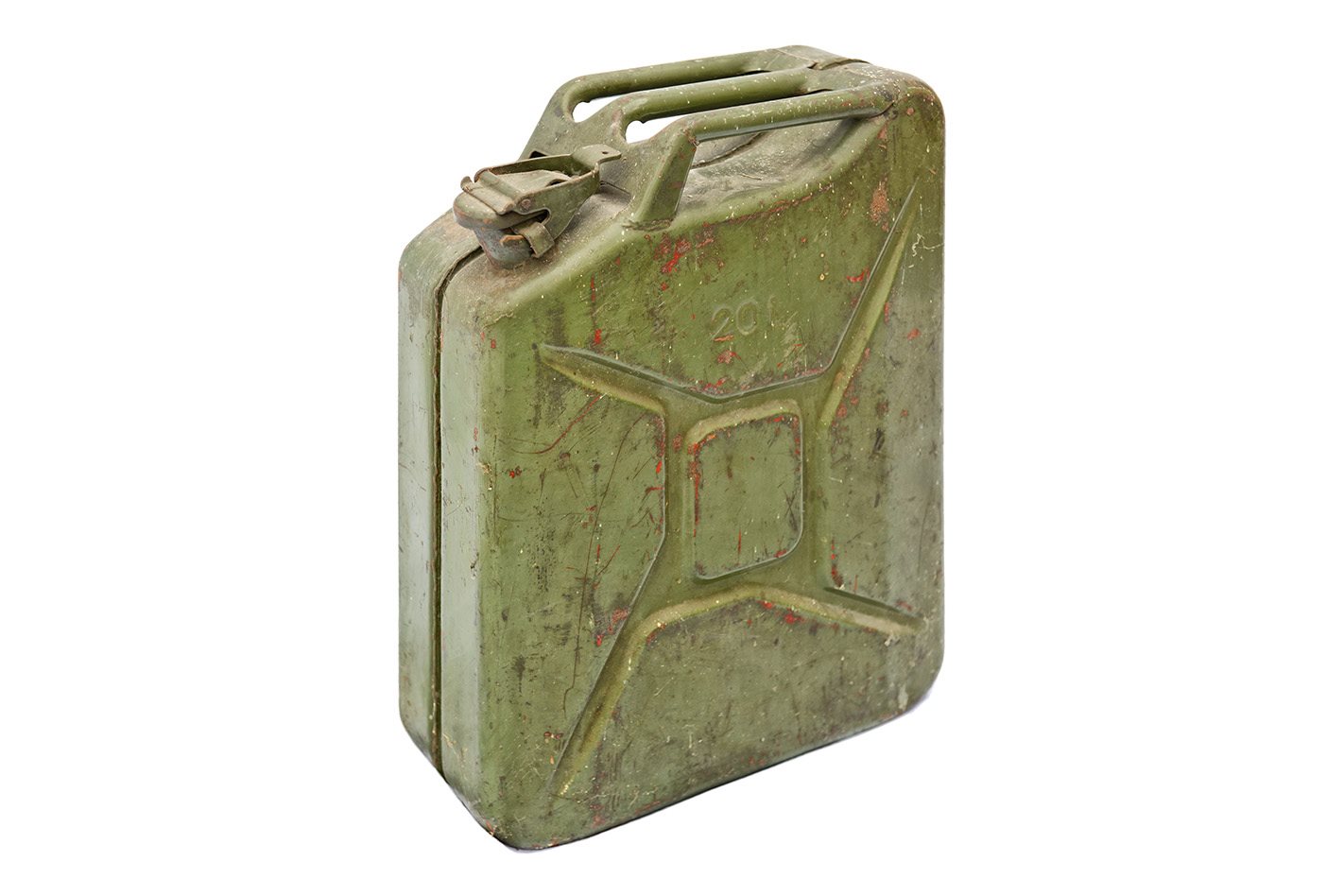 Another product of the Third Reich, the 20-litre jerrycan as we know it today came into existence in 1937 as a product of German industry for the Hitler’s army. Issued en masse, it was groundbreaking in several ways – it was easy to produce with its body being made of two steel stampings welded together, it was easy to carry by hand, its rectangular shape made it easily stackable and no special tools or funnels were required to pour fuel from it.

It was hugely superior to the more cumbersome and fragile containers used by the British and American armies, and the German design was almost immediately copied wholesale by the Allies. While Hitler didn’t make it through the war, the jerrycan that fuelled his armies has endured to the present day, where 4x4 enthusiasts continue to rely on them when venturing through the great outdoors. 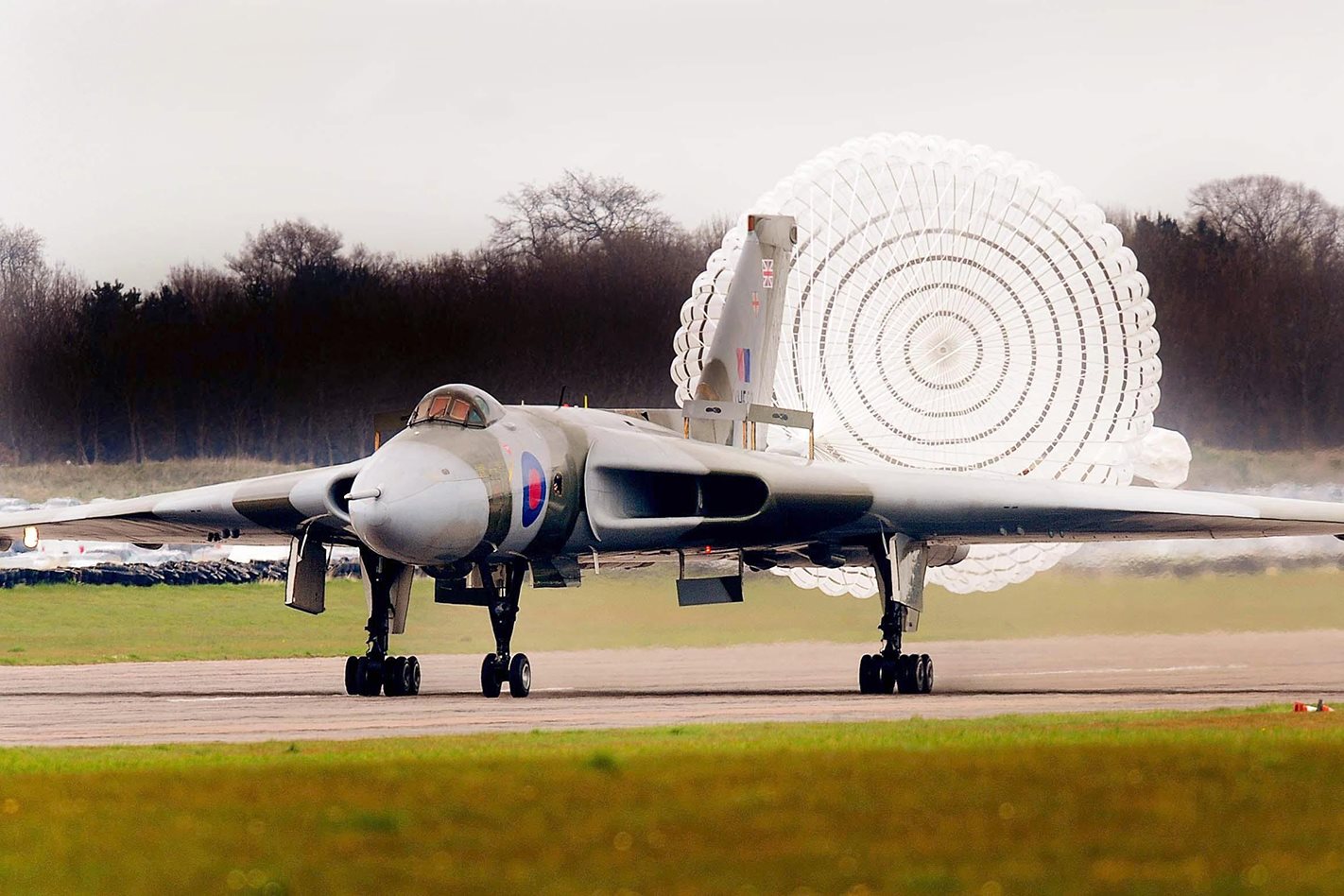 Picture this: it’s a rainy night, you’re piloting a four-engine bomber weighing around 70 tonnes and you need to land. Oh, and you’ve got a nuclear bomb on board.

Suffice it to say, you want to make sure that the thing is going to stop before the runway ends, but wet weather and a heavy aircraft are not in your favour. Thankfully, anti-lock braking systems were invented for precisely this reason – to bring heavy bombers to a halt without their wheels locking up and causing either a loss of control, a burst tyre, setting fire to the undercarriage or a longer-than-ideal landing roll-out.

Originally commercialised by Dunlop and marketed under the name ‘Maxaret’, early ABS was entirely mechanical and relied on flywheels and hydraulic links to detect when individual wheels stopped rotating while others were still spinning. If wheel lock-up was sensed, the system would ease hydraulic pressure on the brake for that wheel to get it spinning again, before re-applying pressure to recommence braking.

British nuclear bombers like the Vulcan (above) were among the first recipients of the Maxaret system, though it eventually found its way into a car – the Jensen Interceptor FF. Later innovations took ABS technology toward an electro-mechanical direction that eliminated the flywheel and improved stopping performance, and these days ABS is found in virtually every car on sale in Australia. 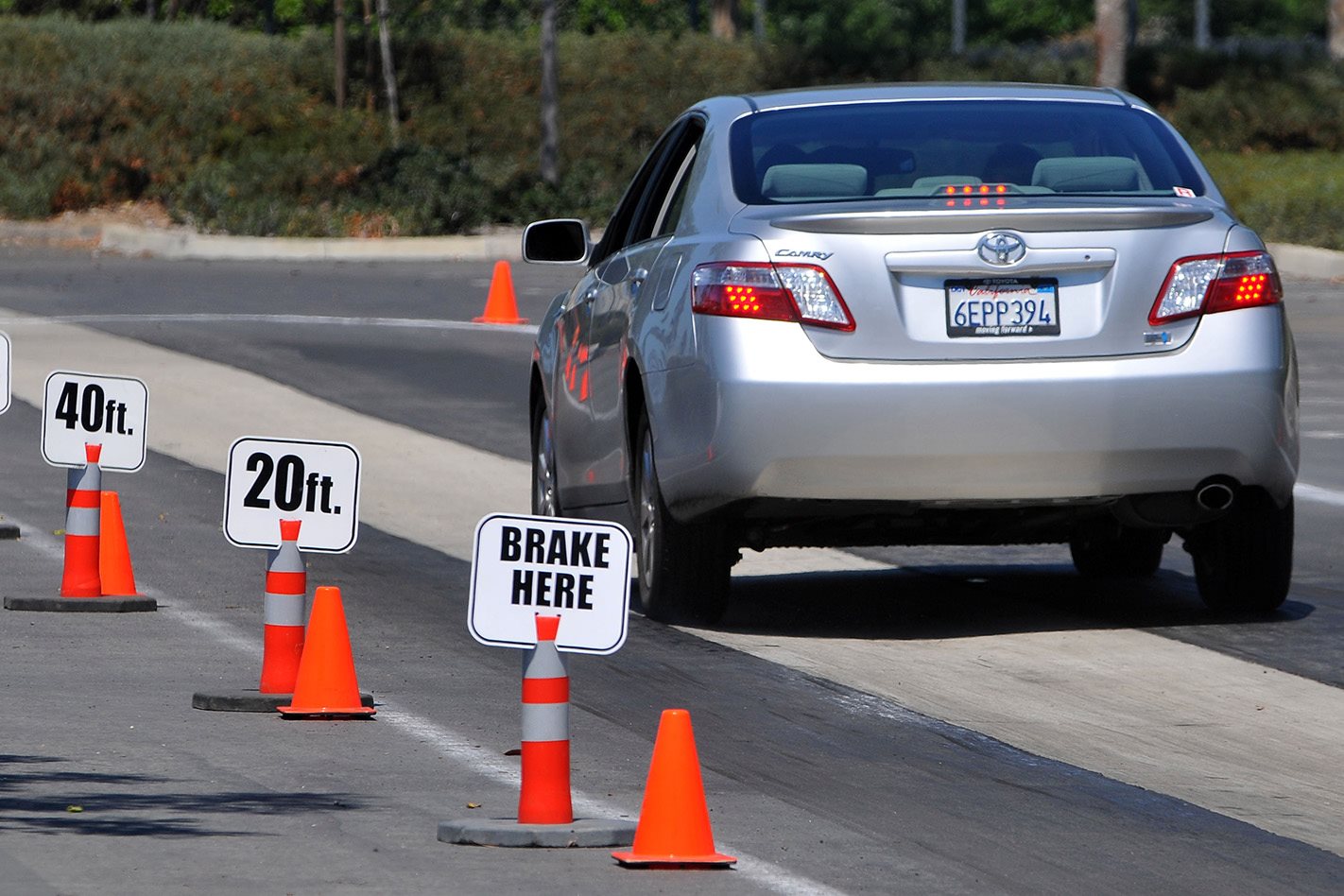 Engineer John Hetrick was one of several people who championed the use of airbags, but while the concept of providing a soft surface to cushion passengers in a crash was by no means his idea alone, he was the first to receive a patent for the idea and his solution for how to deploy an airbag certainly drove the technology in the right direction.

A former engineer in the US Navy, Hetrick was inspired by the compressed air system that launched torpedoes from submarines and figured that system could be scaled down for automotive use and supply the energy required to inflate an airbag. He was, as it turned out, wrong, but later research found that compact chemical rocket motors – another military innovation – were the secret sauce needed to make airbags a reality. 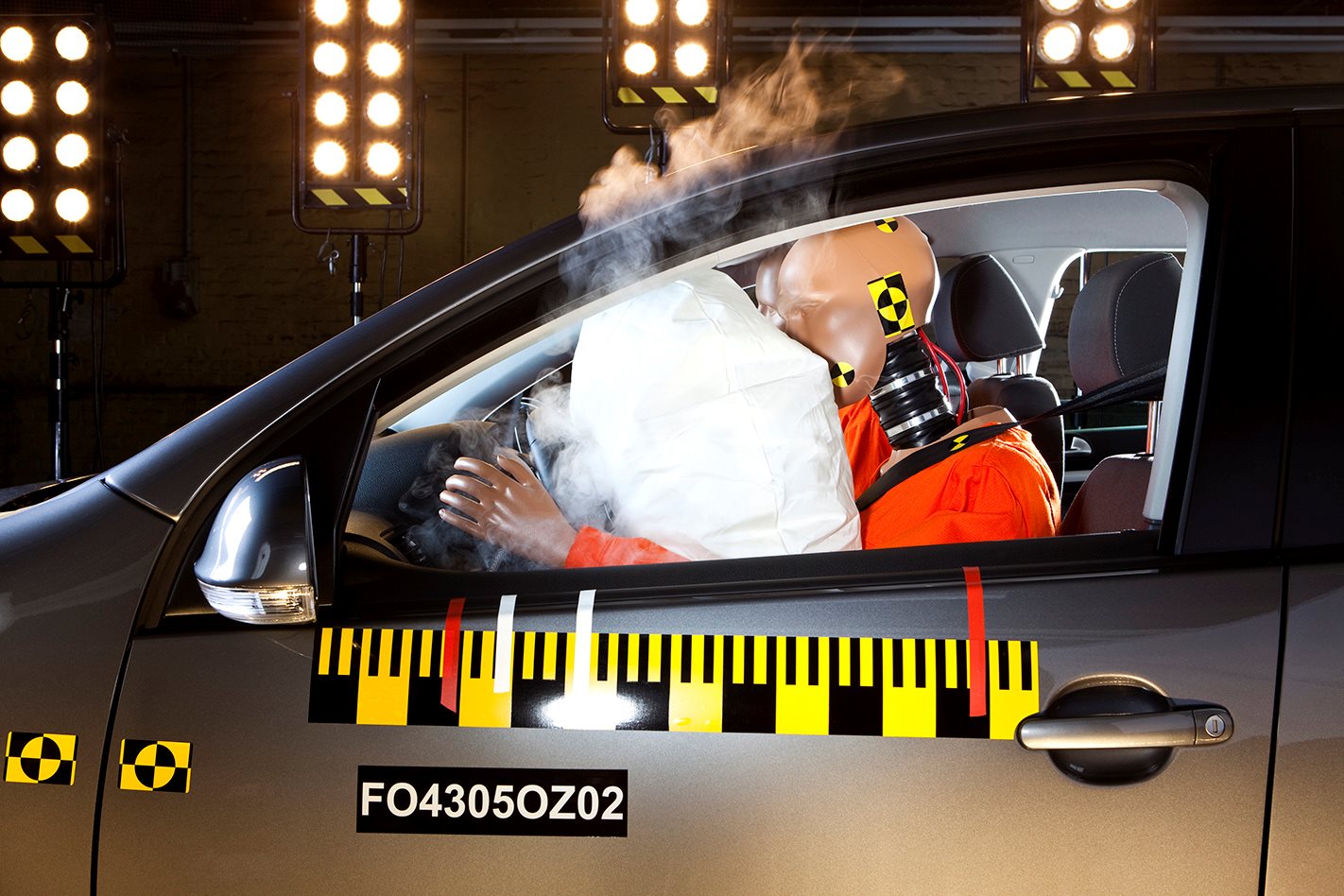 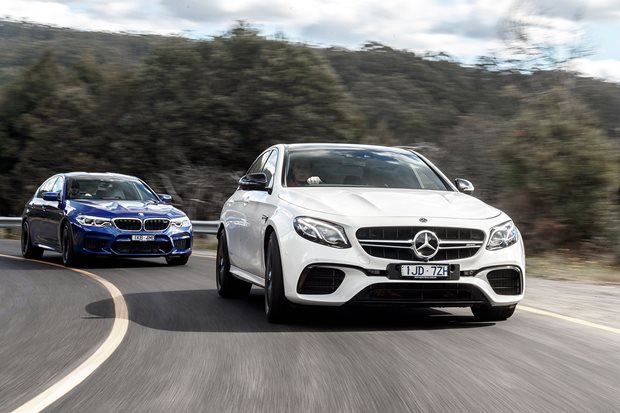 New study finds that in-car technology problems for premium brands are rising, but are actually falling for more affordable cars 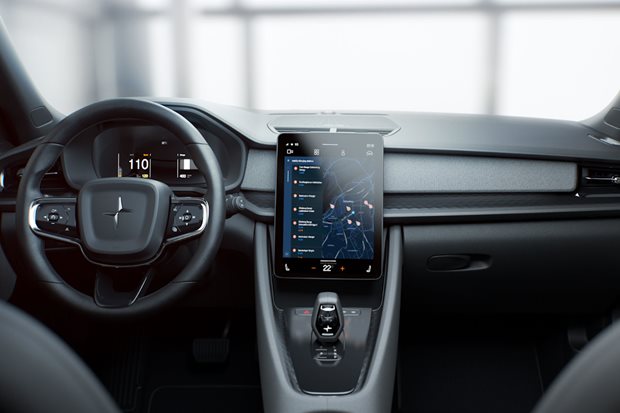 Google's next move: Is Apple CarPlay officially over? 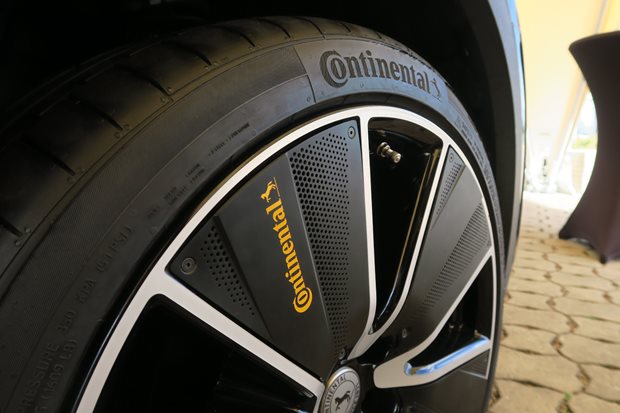 This is what the tyre of the future will look like

Tyre of tomorrow will self-inflate, be kinder on the environment and tell you when your tread is low