Why you should never ride with your feet on the dash

A graphic warning for those who mistake airbags for ottomans

Taking a short local trip in the passenger seat of her husband’s car didn’t appear particularly hazardous. In fact, Audra was extremely relaxed, riding with her legs crossed and with a foot resting on the dashboard. 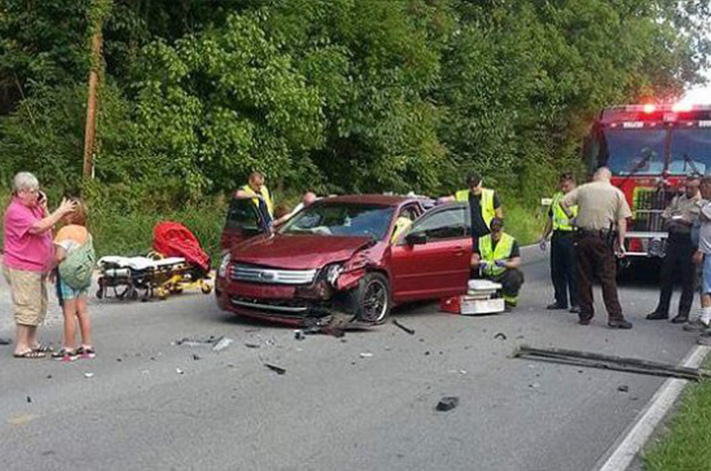 Out of the blue a car pulled out in front of them, and despite throwing on the brakes, the Walkers t-boned the other vehicle. It was a relatively low-speed collision but the results were horrific. As the passenger airbag deployed, Audra’s right leg was blown backwards into her face and neck, breaking her nose in the process.

“Basically my whole right side was broken, and it’s simply because of my ignorance,” she said in a recent CBS News interview, hoping to highlight the dangers of putting your feet on the dashboard. Her injuries also included a broken ankle, femur, and arm, which entailed several surgeries and months of physical therapy. 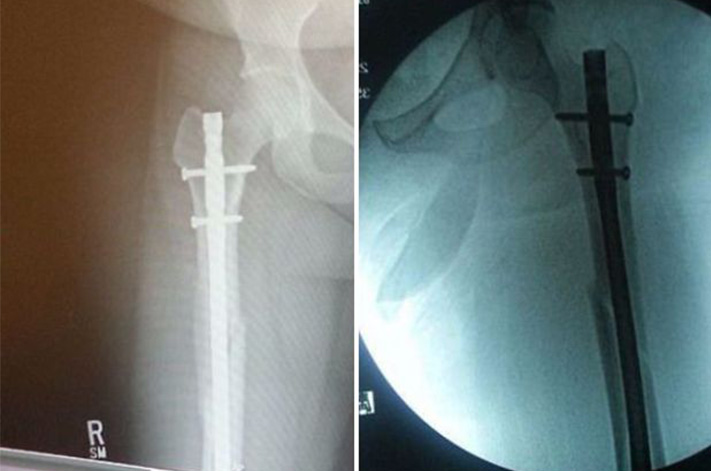 In fact, she still walks with a pronounced limp now. The femur was broken in four places, but doctors told her she wouldn’t have sustained any injuries if her feet were on the floor.

| New versus old: Why you don’t want to crash in a very second-hand car

“I regret it every single day,” she said. “Every hour of every day because every time I put pressure on my leg I feel it… Do not sit like that. If you sit like that you’re asking for it.” 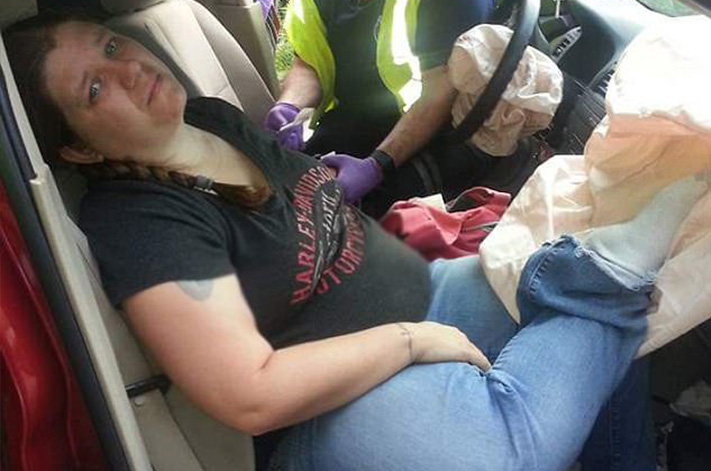 Given that an airbag deploys at anything up to 320km/h, kicking yourself in the face with that sort of force doesn’t come highly recommended. The fastest kick on record is by taekwondo master Ronny Heberson, and that only clocked 221km/h.

So next time you’re tempted to think of putting your feet on the dash, think again.