The 107-year-old British sports car brand Aston Martin finds itself in a very precarious position as the COVID-19 outbreak rampages across the planet, despite recent huge cash injections from new investors.

Its share price plunged to new lows this week after it declared to the market that it didn’t have sufficient money in reserve to survive another 12 months, despite a cash investment of more than one billion dollars (AUD) rounded up by its new executive chairman-in-waiting, Canadian clothing magnate Lawrence Stroll (below).

Its share price fell from GBP2.20 to as low as 65p this week, before settling at around 80p. The company was floated on the stock exchange in late 2018.

The iconic British sports car company, founded in 1913, is also suffering under the weight of excess stock, with slow sales for the Vantage and DB11 coupes compounded by the delayed launch of its first-ever SUV, the DBX.

MORE DBX will be a "true" Aston Martin

“We have to balance demand and supply to remove extra stock out of the system and get back to building cars to order,” Aston Martin CEO Andy Palmer (below at the opening of the company's new DBX factory in Wales in December) told UK magazine Autocar in an interview this week. 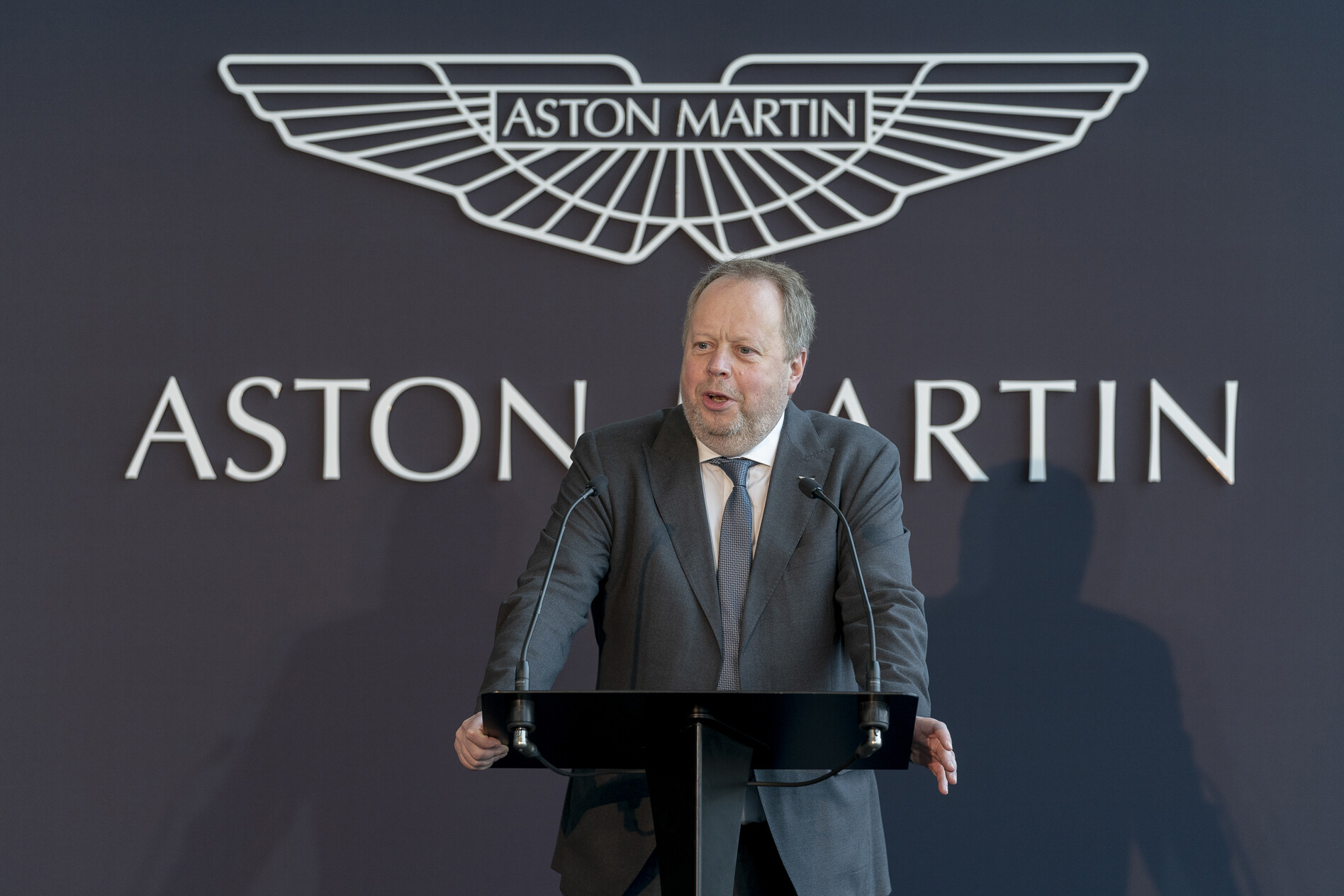 Last year the company built 5800 cars, but Palmer suggested it would build fewer in 2021. Those cars are set to include the DBX and the limited-run, multi-million dollar Valkyrie (below), while a mid-engined and more ‘affordable’ version of the latter, known as the Valhalla, is due in 2022.

The DBX has been in development for some five years, and it could add 4000 sales a year to the company’s bottom line, according to Aston Martin.

It is being looked upon as a potential saviour for the company, much in the way Porsche avoided the gallows in the early part of this century with the release of the non-core but very profitable Cayenne SUV.

However, the COVID-19 outbreak in Europe has seen production halted at all of Aston Martin’s UK sites including at its brand new St Athan plant in Wales (below), while a press event in May has been cancelled.

This will mean a delay of several months at least before Aston Martin can dispatch cars to key markets like the US.

The slump in the company’s share price, coupled with a perfect storm of imperfect sales conditions for luxury vehicles, will be a difficult cross to bear. Stroll has taken steps to preserve Aston’s bottom line by shelving well-advanced plans to produce a pair of sports EVs and halting plans to join the Le Mans hypercar class.

By contrast, he is insisting that the company remain on the F1 grid next year as the factory backer of his own F1 team, currently known as Racing Point.

The sponsorship will be pulled from Red Bull Racing, despite the fact that Red Bull and Aston Martin worked closely together on the development of the Mercedes-AMG Project One rival, the Valkyrie.

It seems that the clothing magnate – who is also the Ferrari importer for Canada – has deep pockets for the moment, but only time will tell whether his largesse is proven to be well placed.