People are using roundabouts as jumps and it's weird

Cars leaping over roundabouts is a worldwide phenomenon. So why do people do it?

It started as one of those strange things that pop up on the internet from time to time - something that makes you think 'wow, that's a bit crazy' and you never think of it again.

But when I saw my third video of a car jumping a roundabout, I started to wonder what the heck was going on.

And when a woman jumped her Nissan Pulsar over a large roundabout just a kilometre from my home, I knew... we were in the midst of a Roundabout Jumping Epidemic.

The 55-year-old driver had to be cut out of her car and suffered a minor back injury, but no one else was hurt and no other cars were damaged, despite a 40m flight followed by a 100m slide after landing.

“I have never seen such thing in real life, only in movies," said the gobsmacked service station attendant who witnessed the crash, which happened during the day.

“I was thinking, what is happening? Is it real or not?"

A scan of the internet quickly revealed the breadth of the epidemic.

The most recent 'full send' effort came from Poland, where our hero travelled more than 100m through the air only to land - somewhat ironically, given that the driver escaped relatively uninjured - in a cemetery.

And how's the speed? There's almost no chance that this was accidental, right? Well, there's no surprise to learn that Polish police arrested the 41-year-old for high-range drink driving.

MORE See what a zero-star NCAP test really looks like

In fact, he was so pickled that there was probably more risk of a fire started by his blood than by the car.

Given the state of his car, though, that's a pretty light get-off. 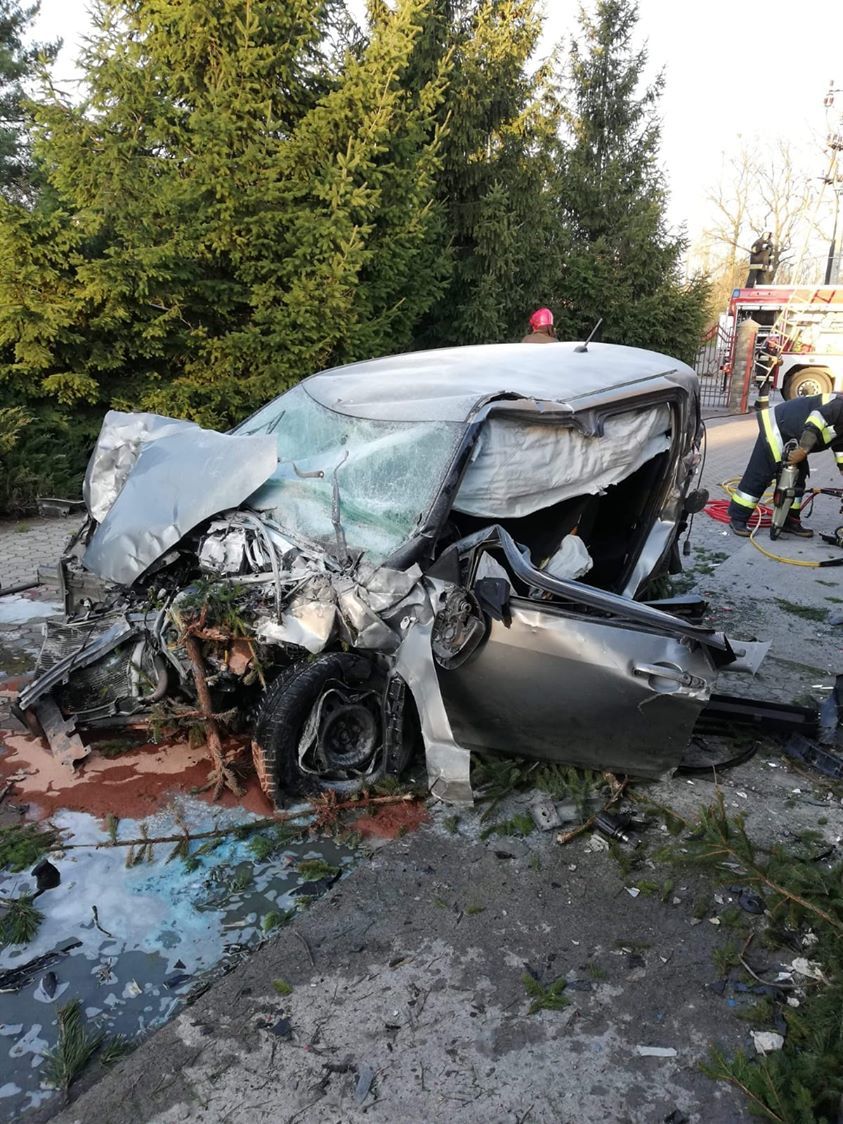 Another truly 'oh crap' moment involving a roundabout came from the UK.

At first glance, we're going to say that road rage - or at the least, some seriously inconsiderate driving - led to the moment where the driver (pilot?) of a VW Caddy was not cleared for takeoff, but took off anyway.

There was so much hang time, in fact, that many pundits doubted the veracity of the video. It was indeed real, though, and our 18-year-old pilot was fined with dangerous driving.

What's more astonishing, though, even though it looked like a real-life mod for GTA 5 is the fact he was able to be charged with anything at all, on account of not being dead.

He and his passenger were, in fact, unharmed, but they did miss out on the music festival they were travelling to.

Less speed, more grace was the mantra for this UK-based leap, with an extra style point for landing directly in the puddle.

It's this vid that gives us a lot of understanding as to why cars are jumping over roundabouts - the facing side of the traffic island is shaped like Evel Kenevel's driveway.

MORE Why everyone is using roundabouts wrong

Civil engineers are tasked with creating traffic-controlling devices that inflict as little damage to wayward vehicles and their hapless occupants, and so while these jumps look spectacular, the impact is actually far less than if the car ran directly into a wall.

In fact, the landing was probably more uncomfortable than the initial impact. Still, our victim here was extracted unscathed from the wrecked car to fly another day.

Out of our entire crazy collection, this one is the least fun, only because the TRULY AWFUL woman behind the wheel had her 19-month-old kid in the car with her.

MORE Sydney or Melbourne traffic -which is worse?

Thankfully, the child escaped this sizable shunt completely unharmed, and she - thanks to a blood alcohol reading three times the UK legal limit - only copped a handful of abrasions after disobeying every roundabout rule known to humanity.

And hopefully she also copped a solid mouthful from the presiding judge.

Our final capture comes from the beautiful town of St Lucia in Malta, and it's probably the most graceful of all.

It's got everything - speed, distance, pinpoint landing and an uninjured occupant. Apparently, even the damage to the roundabout was inconsequential.

“Kindly note that the police went on site and after all investigations were carried out, no breaches were found,” Malta police told local media. “Also, you may wish to note that no other vehicles were damaged.”

Now that's what we call a great escape.