There are some truly wild automotive ‘lifestyle’ products for the car lover with everything. Here are our top five auto accessories that (lots of) money can buy.

They say the best way to make a small fortune in cars or motorsport is to start with a large one. Even so, there are still a lot of lucky lads and ladies who, following their automotive endeavors and indulgences, will have the cash left over to accessorise. Check out these outlandish ways for the car obsessed to indulge.

IN THE DRIVER’S SEAT

One may not want to be reminded of their Porsche sitting in the garage while slaving away at their desk. But for those wanting their bums-on-seats experience even when out of the car, Porsche offers their 911 bucket seat as an office chair complete with electric height and recline adjustment for $7440. 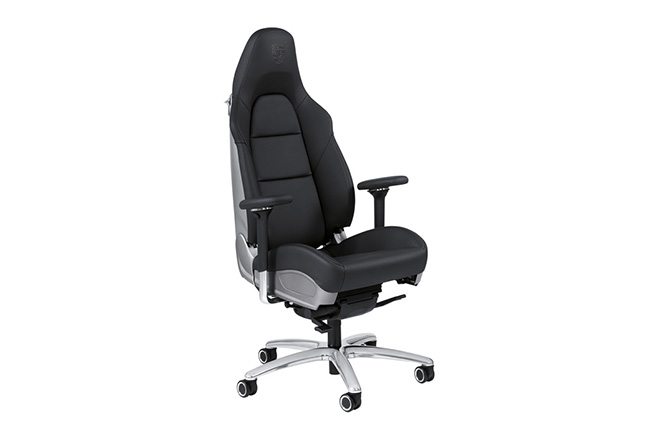 If the chair isn’t enough, Cup Car lovers can indulge in a real 911 GT3 Cup rear spoiler on their wall. Made up of an original blade, carbon-fibre fins and even the racing screws, the shelf costs less than the actual on-car option at ‘just’ $5535.

Many car manufacturers have moved into pushbikes as part of their lifestyle brands: what better way to accessorise the SUV or sedan than with some additional carbon-fibre wheels? 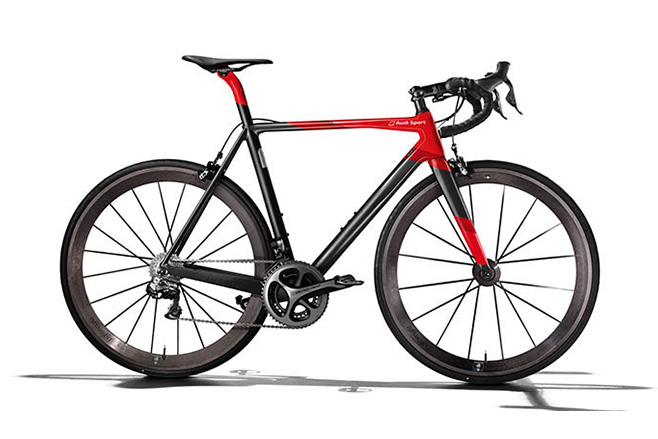 Other luxury marques have more affordable pedal options, and the Cruise E-bike from BMW may appeal to the lazier among us.  With the help of an electric motor that recharges as you pedal, the bike can be propelled to speeds of 25km/h for just $4430. You can also match your kids up to your pedals with their own balance bikes in a choice of three colours for $549. 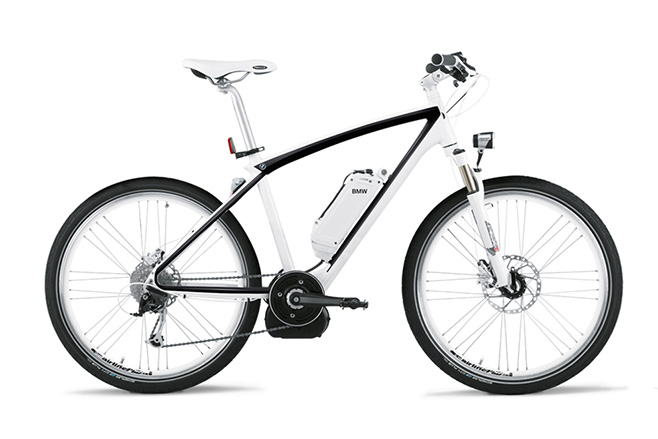 If you own an Aston Martin DB9, this watch is not an option, but a must-have. Not only is it full James Bond spec in appearance, the Jaeger-LeCoultre Amvox2 unlocks the DB9.

It has a micro-transmitter built in to its titanium frame, so the owner simply taps the touch-sensitive sapphire crystal glass between eight and nine o’clock on the watch face to unlock the car. To lock the car, one simply taps between three and four o’clock, or tap both to have the car flash its headlights at you and reveal its hiding place in large dark carparks. 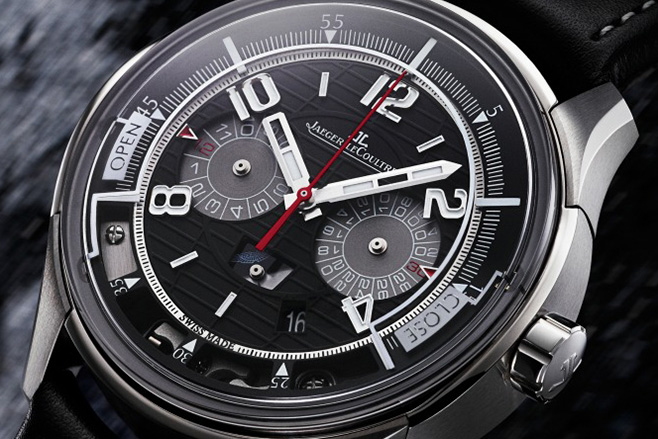 Rolls Royce is still arguably at the pinnacle of luxury transport, and their ultimate accessory is quite nearly art (and not just because it involves alcohol).

The Rolls‑Royce Cocktail Hamper is handcrafted from aluminium, carbon fibre, walnut wood and leather, and features a laser-cut cocktail strainer, Theresienthal hand-blown and platinum-topped glassware, a recipe book from sommeliers at London hotels The Dorchester and 45 Park Lane, and is of course lavishly engraved with the ‘RR’ monogram. 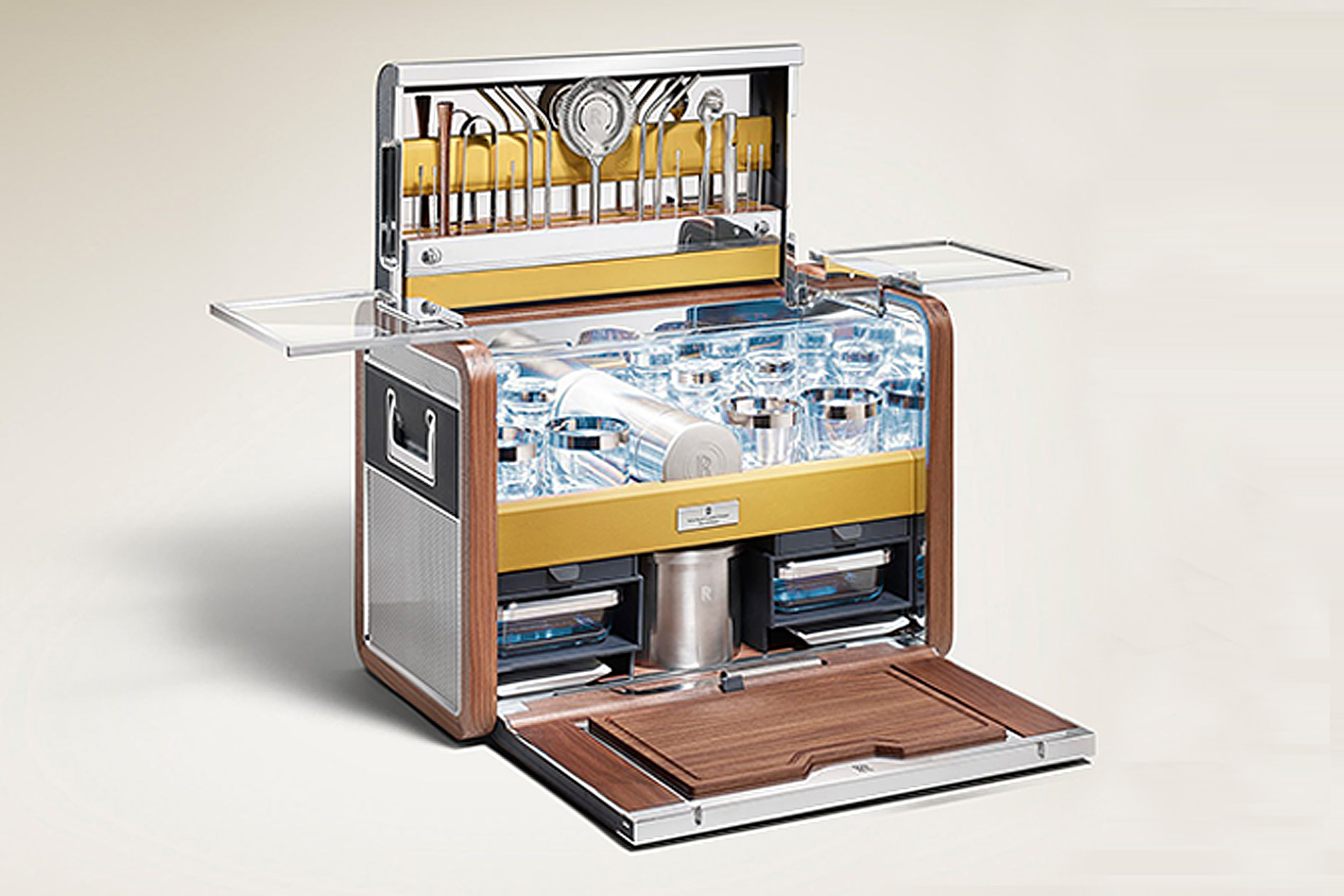 The Breitling ‘Mulliner Tourbillon’ timepiece is hand made from 18-carat rose or white gold with 12 diamonds and a 22-carat gold oscillator, and costs two-thirds of the price of the car itself at $300,000.  Yes, that’s $300,000 for the clock inside the car. No, that’s not a typo.

Breitling can only build four of these particular in-car clocks each year. Two are already sold.

Can't get enough? Now read about other things automakers make besides cars.