Saddle-up! It's a venerable stampede of Australia's hottest powered-up ponycars

Ford’s timing couldn’t have been better, really. With its own Aussie-made rear-drive V8 copping the last rites last year and the Commodore V8 due to be nailed into a box right about now, the perfect storm had been created for a car that could fill that philosophical gap.

Let’s face it; not everybody wants a Chrysler 300 SRT and not everybody can afford an AMG E63 S or a BMW M5. Yet, for those of us who love our engines with eight pots and prefer to let the rear wheels do the torqueing, the demise of the two local heroes sadly left us with very few options to choose from.

Until the Mustang, of course. Launched in late 2015, the ’Stang was the car that convinced us that life could go on. It was affordable and it was a proper V8 from a country which, although currently run by an ex-reality-TV host with a dead squirrel perched on his bonce, is one that nevertheless ‘gets’ proper cars. It might have had just two doors, but then, so did cars like the Holden Monaro and the Falcon hardtop; cars that were instrumental in creating our love of the V8 genre. 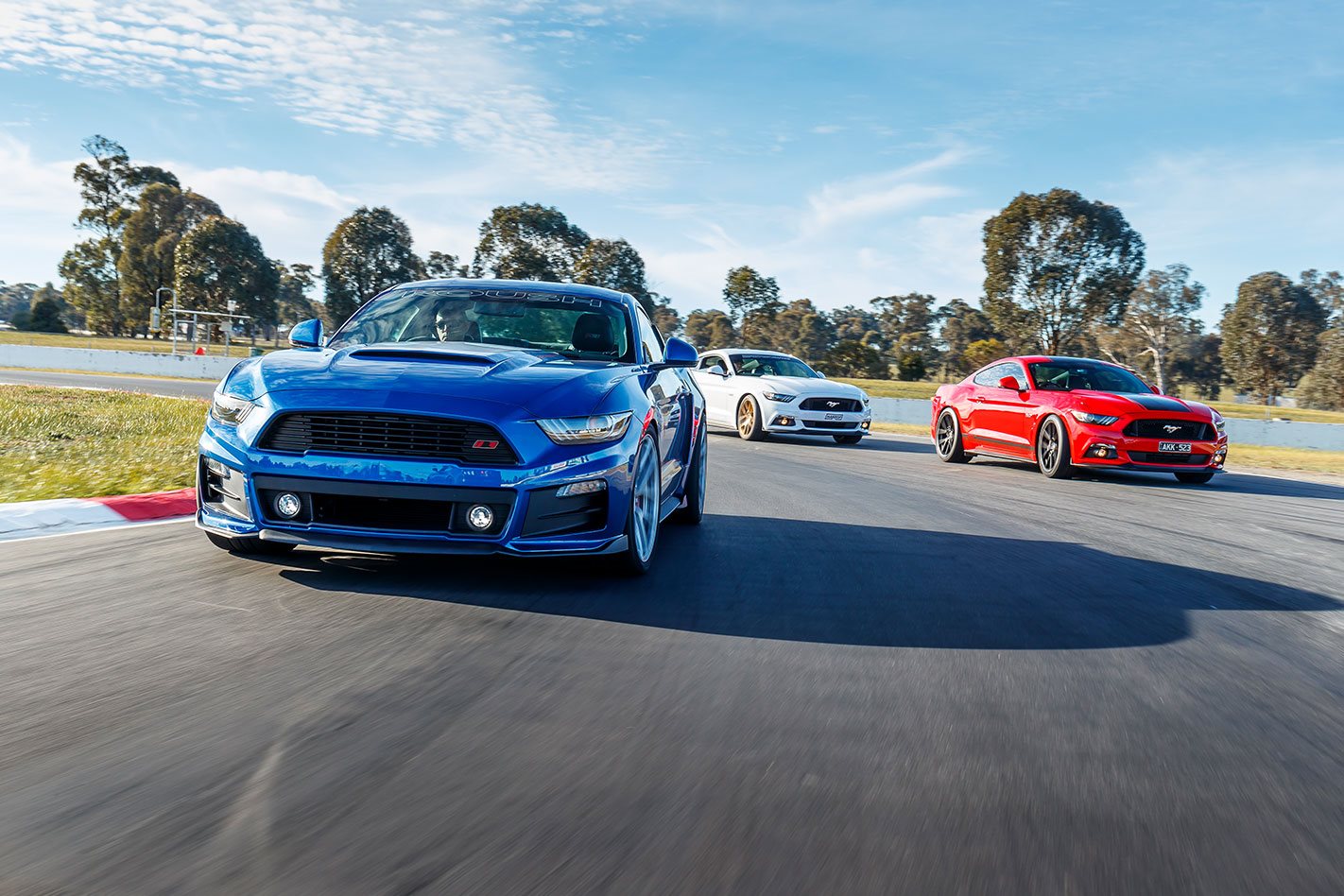 And do we love the Mustang similarly? Do we what. Right from the get-go, the Mustang had a waiting list longer than your arm. Up to 12 months at its peak, actually. Even now, it’s still about six months if you want to be picky about colour. The 5.0-litre GT Hardtop is the big seller with about 80 or 85 per cent of total volumes and in the 2016 calendar year, Ford Australia moved 6208 Mustangs; way above its pre-launch sales forecasts and more than Ford Aus could have dreamed.

But here’s the killer punch: globally, we are among the greatest Mustang lovers of all time. Big statement, I know, but consider that in terms of total sales, we are currently third in the world behind the US and Canada. And if the curve keeps ramping up, we’ll soon overtake Canada. And that’s not per capita; that’s in outright sales numbers. Ford Oz hasn’t had a sniff of a sales phenomenon like this in decades (if ever). And we’ve rarely taken a particular car to our hearts and garages as fervently as we’ve embraced the born-again Pony.

It’s why you now see Mustangs everywhere. And it’s why the Pony car is the ‘big thing’ within the tuning industry. It has attracted the attention of the best tuners this country has to offer and, for the majority of them, the Mustang is now their bread and butter. Which sounds like a horse sandwich. 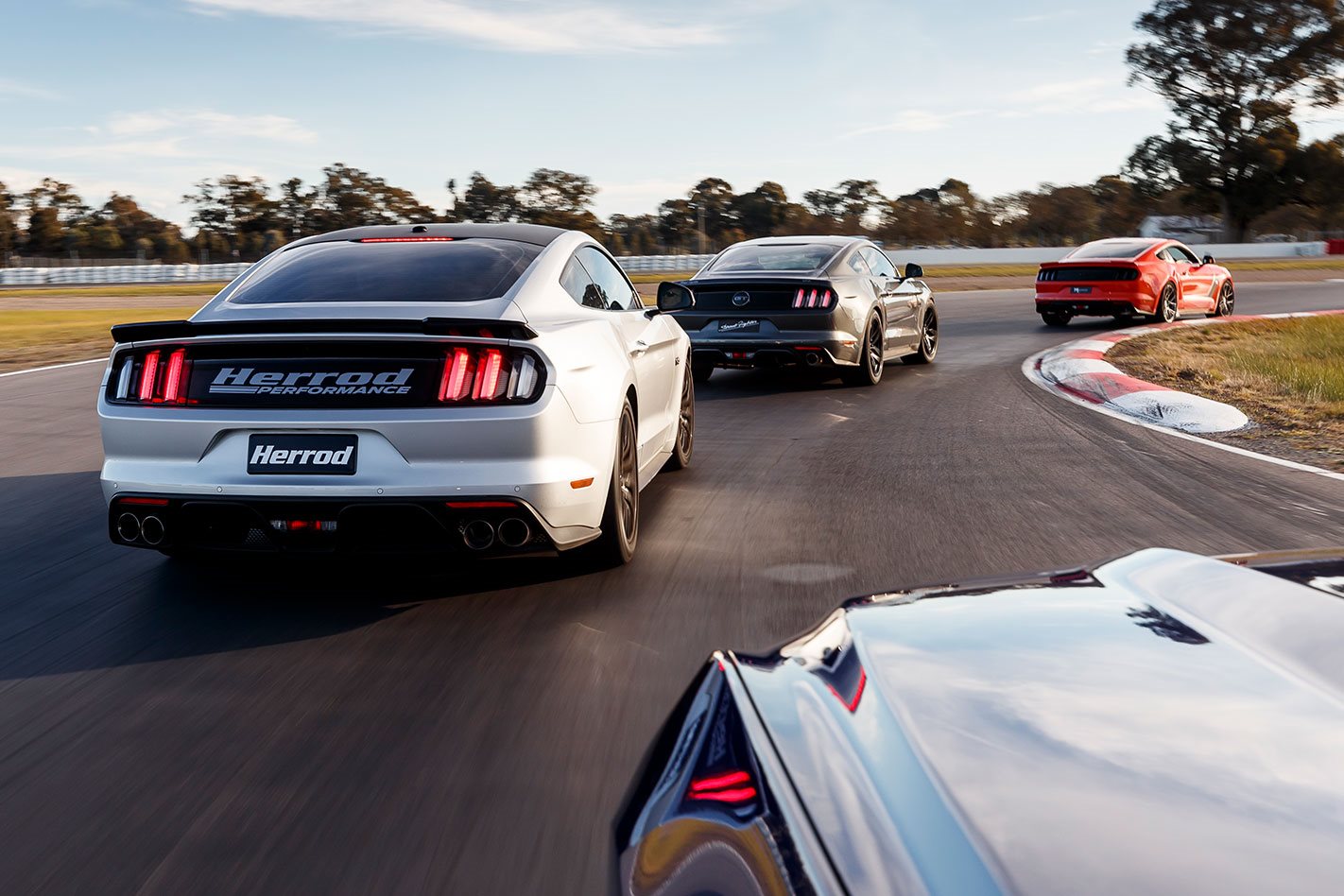 Perhaps the biggest surprise is that the Australian tuning industry seems to have embraced the EcoBoost ’Stang. Now, a four-cylinder Mustang is a known quantity in the US where they’ve been a reality for decades. But out here, driving a four-banger Pony was always a bit like dancing with your sister: you’re up on the floor, but there’s little to be proud of. Well guess again, kids, because once the Eco-nag has been tuned up, it’s a different story. Okay, she’s still your sister, but, man, can she foxtrot.

And then there’s the main event – the Mustang GT. And again, the tuner world seems a bit split over which way to go with the thing. In the recent past, we’ve experienced twin turbocharger set-ups and centrifugal pumps, but by and large, the tuner world seems to have arrived at the positive displacement blower as the solution to sinking the spurs into the donk. But the Coyote also seems to have renewed tuner interest in the concept of a high-comp, big-stick combo, so a couple of tuned atmo cars turned up as well. 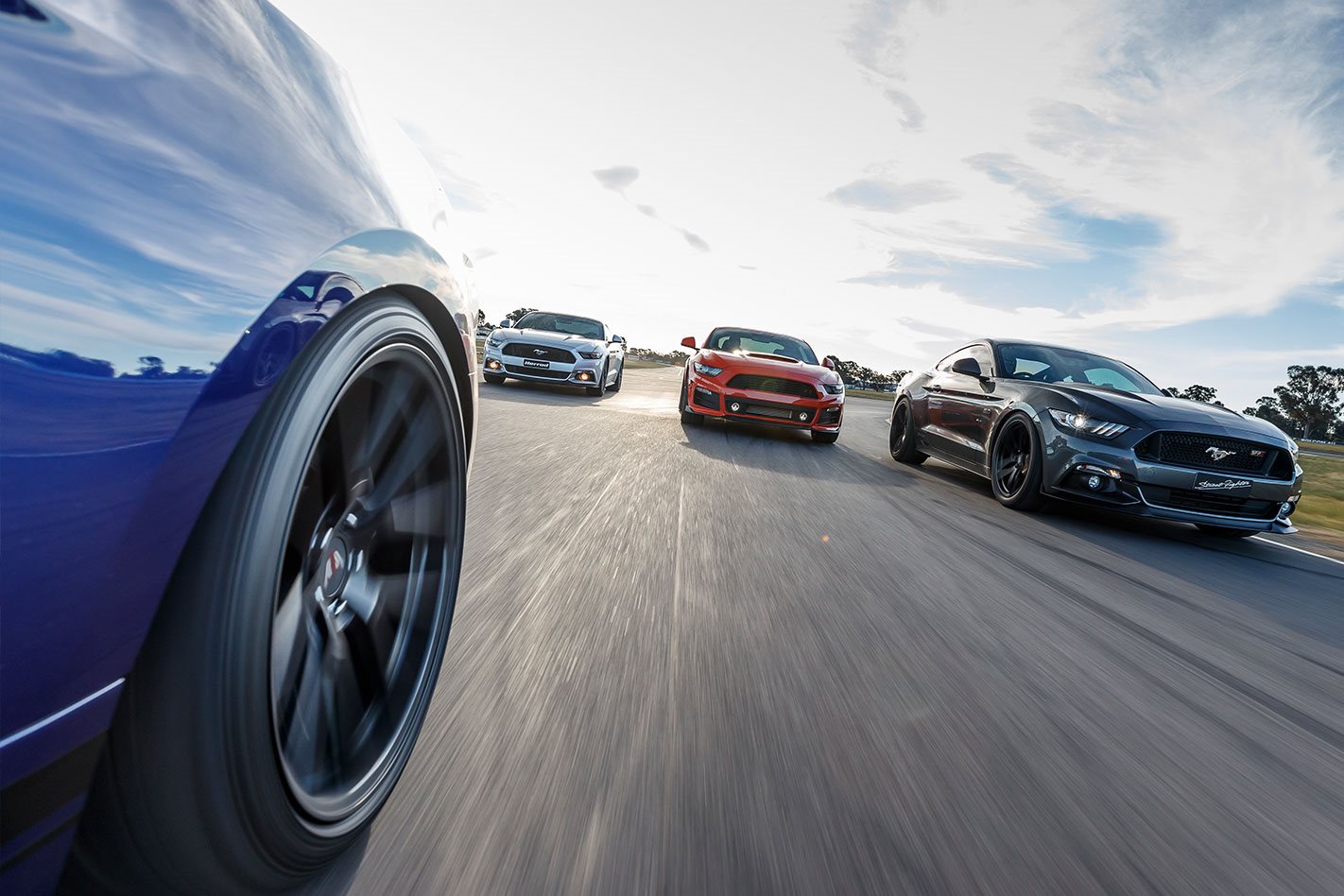 The other theme that emerged was one of finally taking notice of aero. Until now, Aussie tuners have, in the main, taken the Enzo Ferrari view of aerodynamics. As in: “Aerodynamics are for people who can’t build engines,” as the great humanitarian once said. Now, though, we’re seeing the time-honoured stuff like rear spoilers and front lip extensions as well as new-age stuff like rear diffusers, and even details like winglets on the rocker panels. Such stuff probably doesn’t mean two hoots at Winton, but it shows that even though the Mustang badge is older than a dad-joke, a good base product will always give a good engineer cause to stretch his or her imagination.

And there’s no better sentiment than that to explain why Motor’s Hot Tuner pursuits have become a fixture and why, this year, it’s all about Ponies.

Meet the Contenders for the Ford Mustang Hot Tuner 2017 Crown 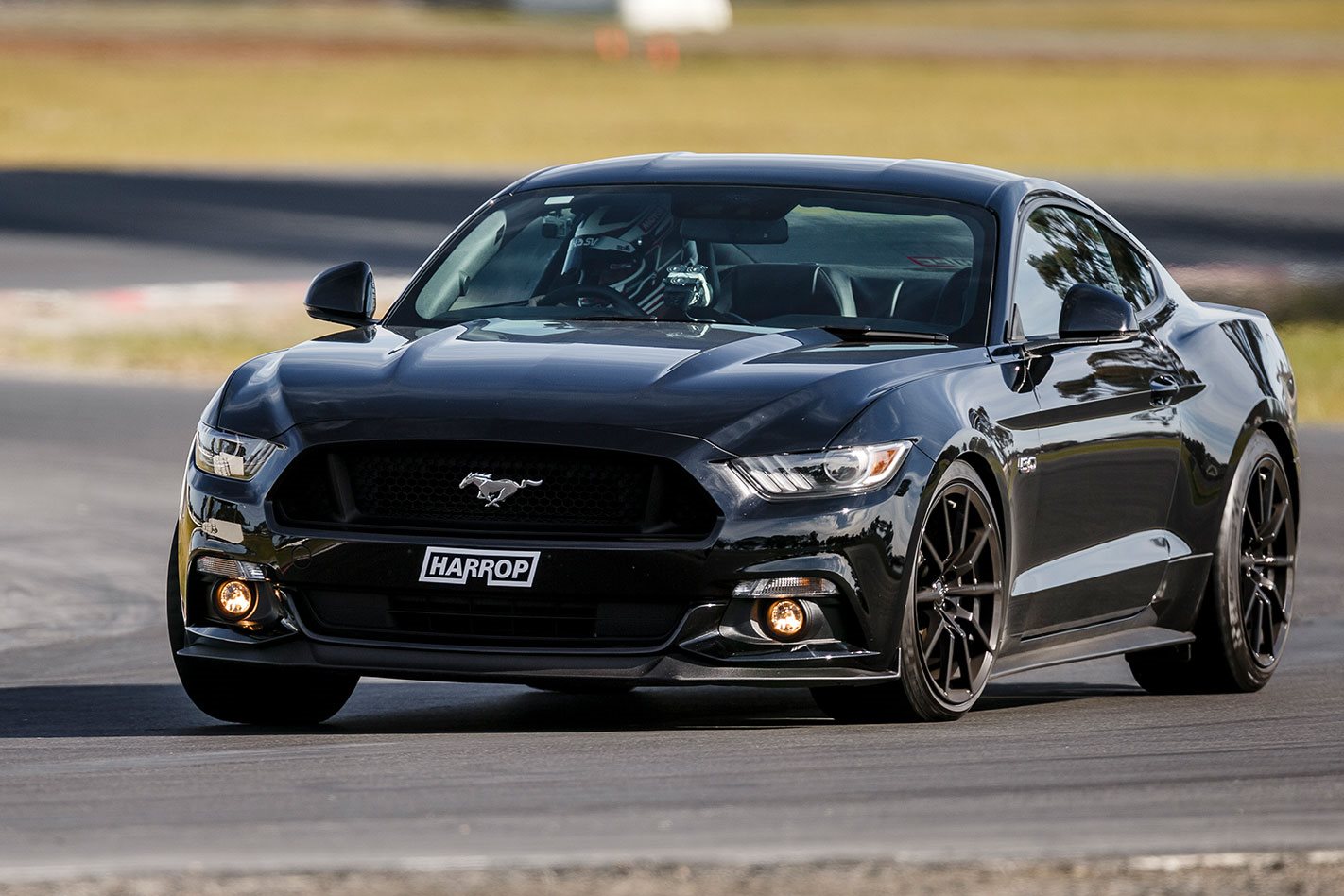 2. Harrop Engineering Supercharged Mustang GT
Monsters the strip and anything before it 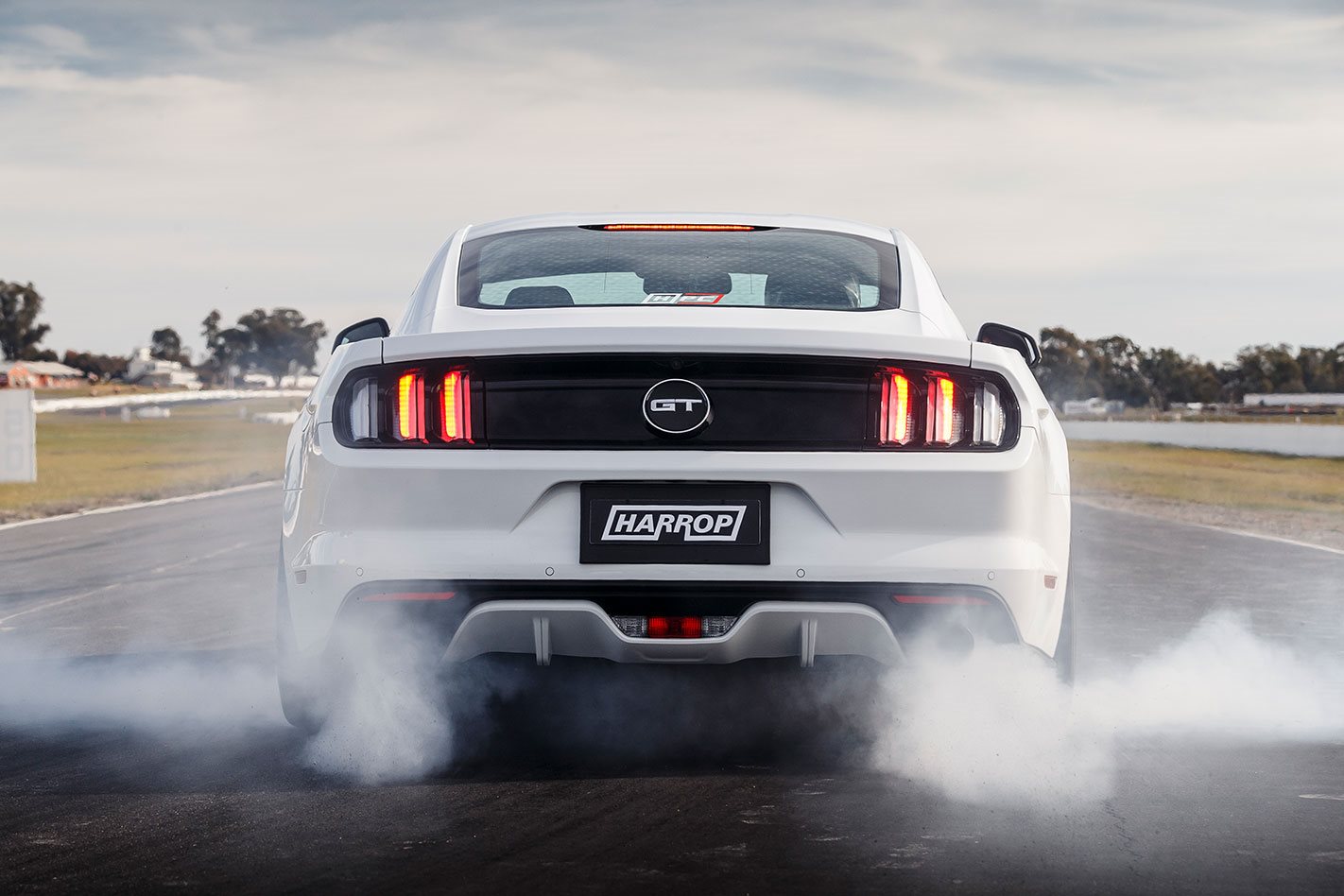 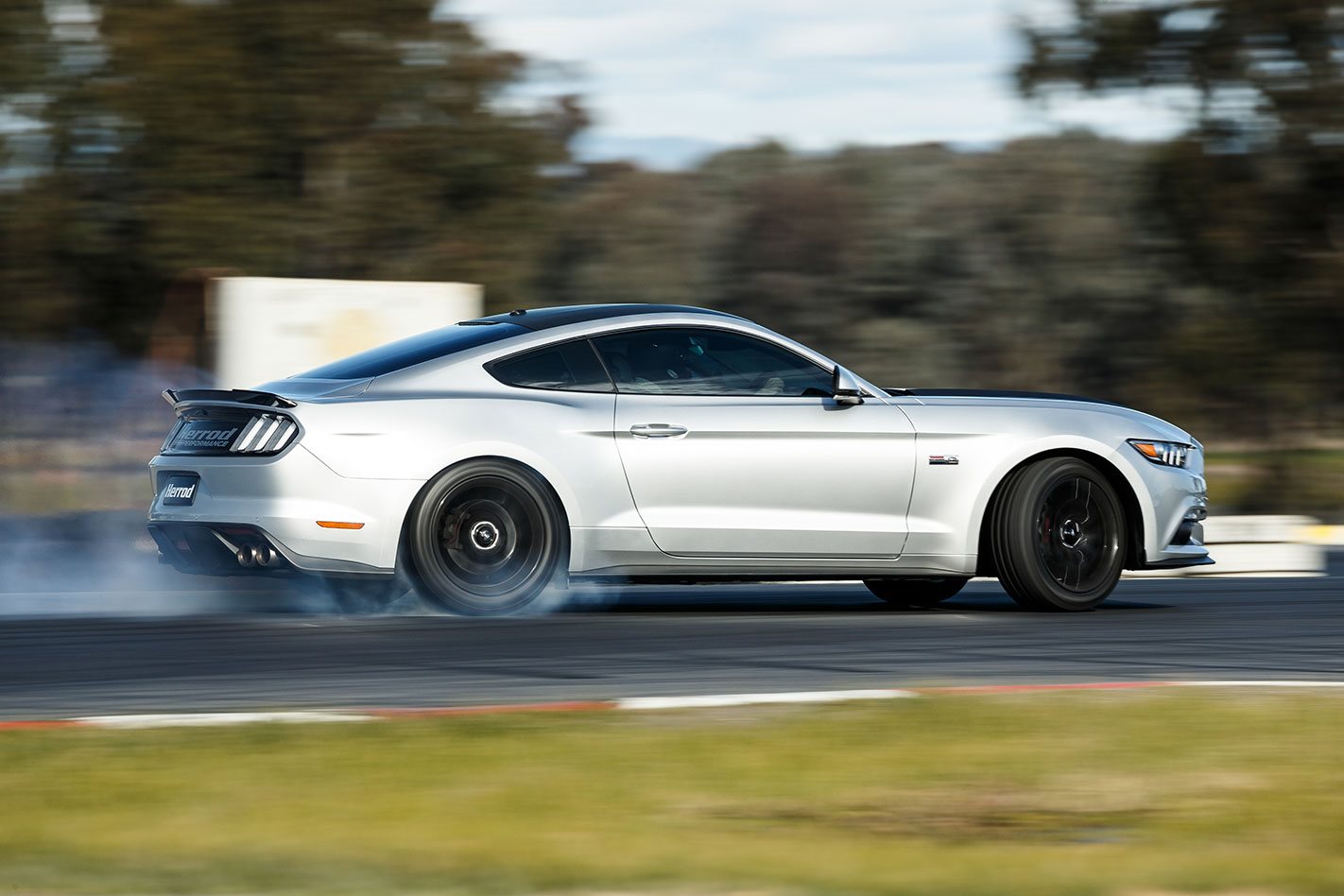 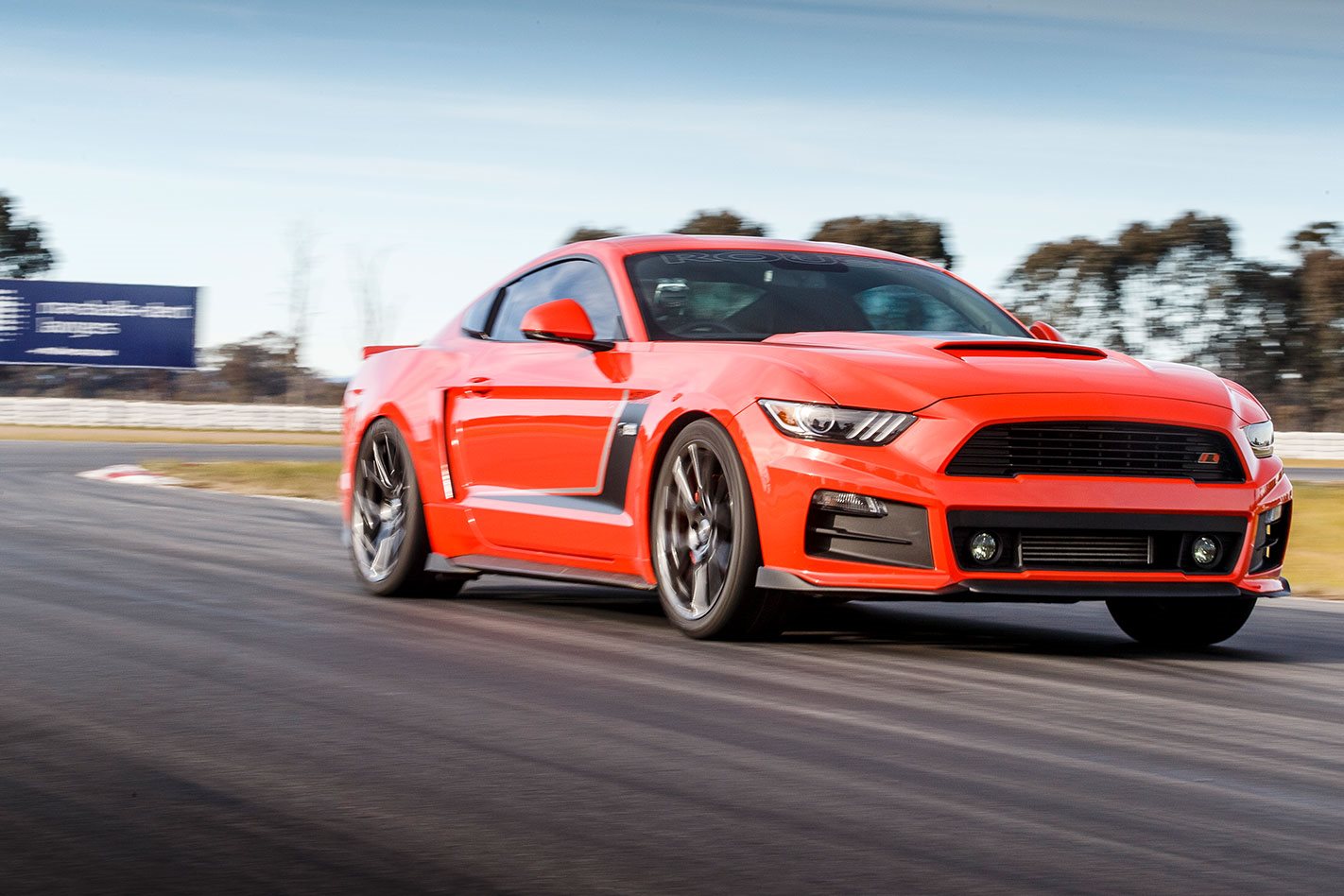 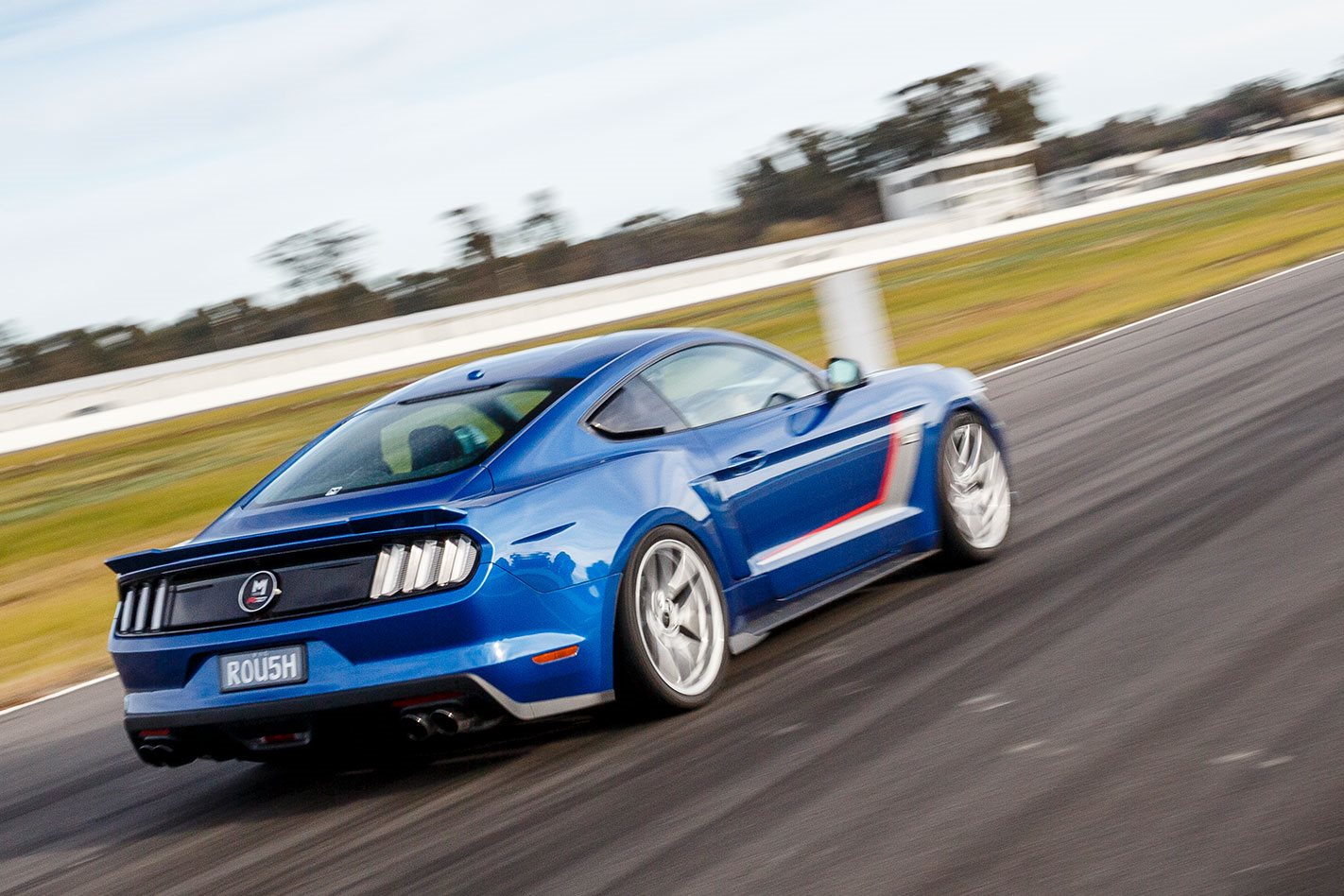 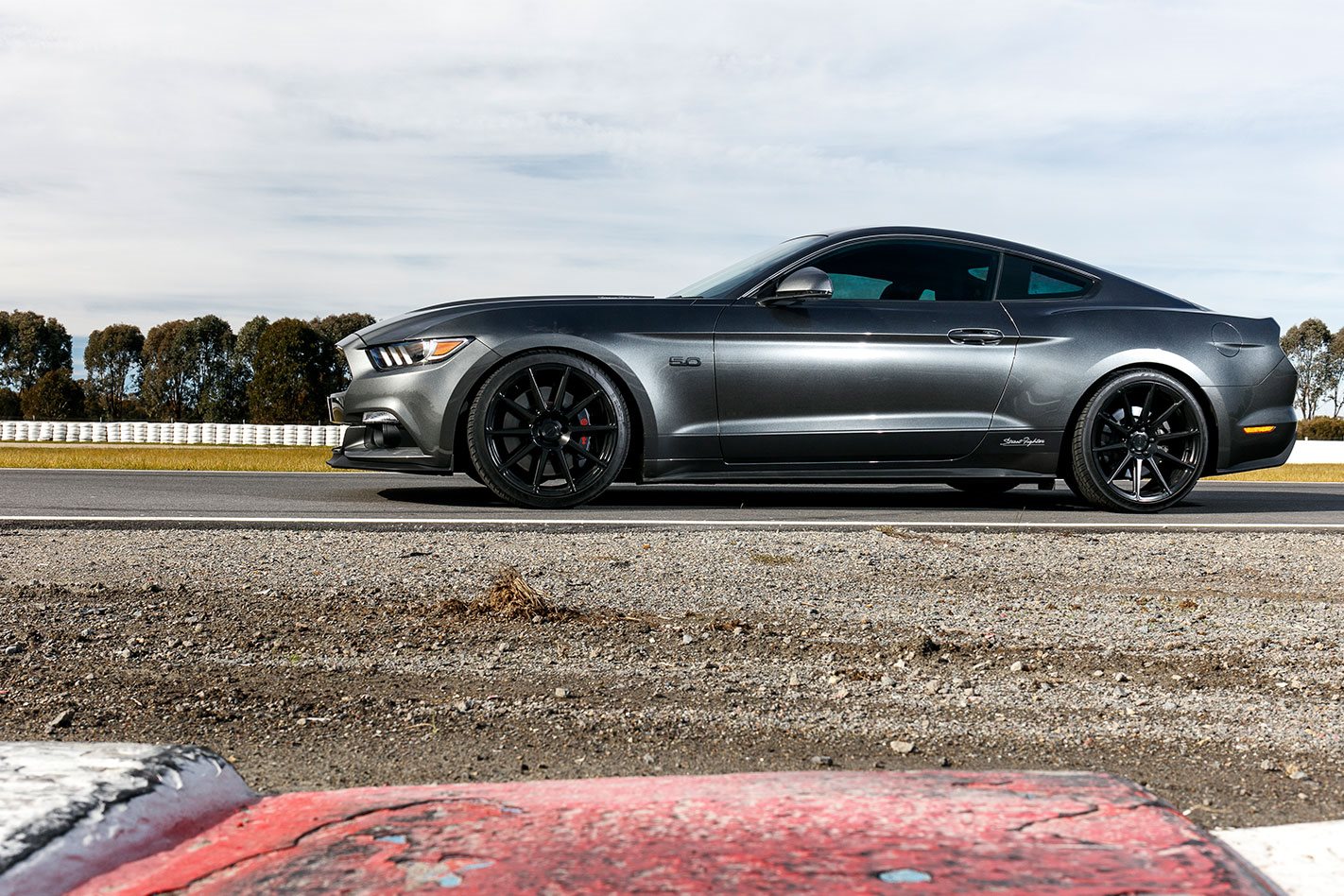 7. Streetfighter SF700S (Supercharged V8)
Feral filly has all the horsepower in the world 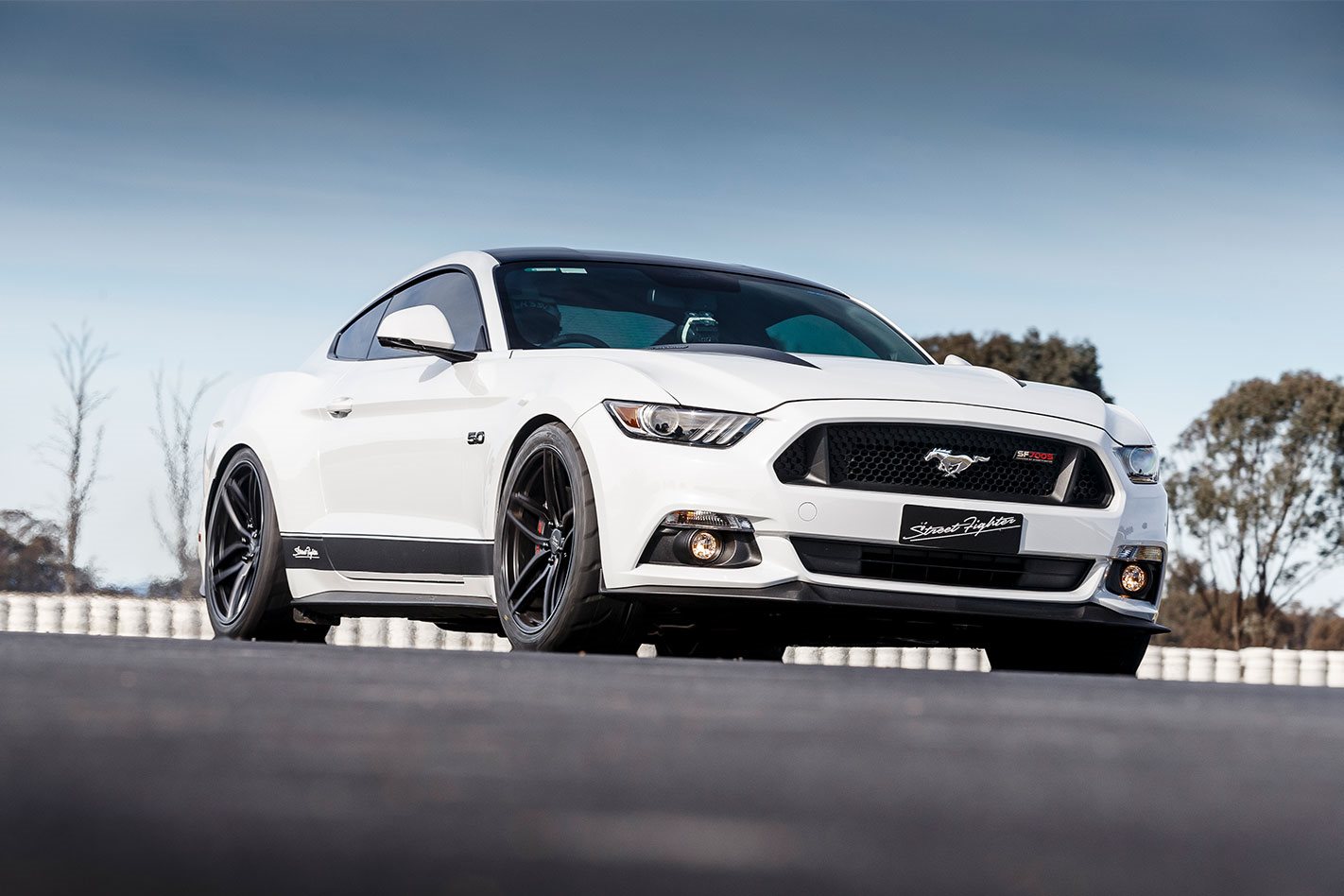 8. Tickford 360 Power Pack (Atmo V8)
Proves to be more than the sum of its parts 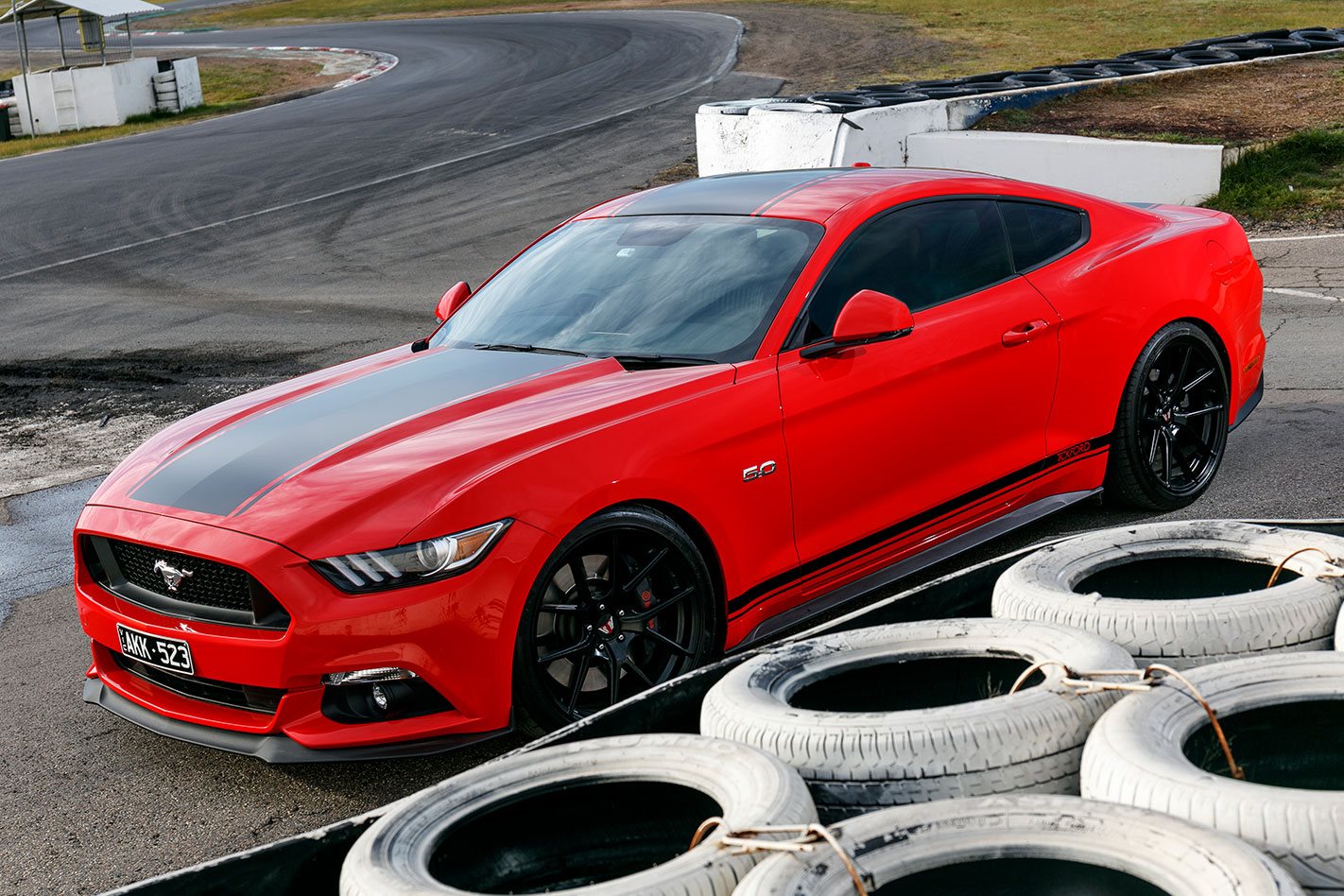 9. Tickford Mustang Ecoboost
Proof that the tuners can best the factory outfits 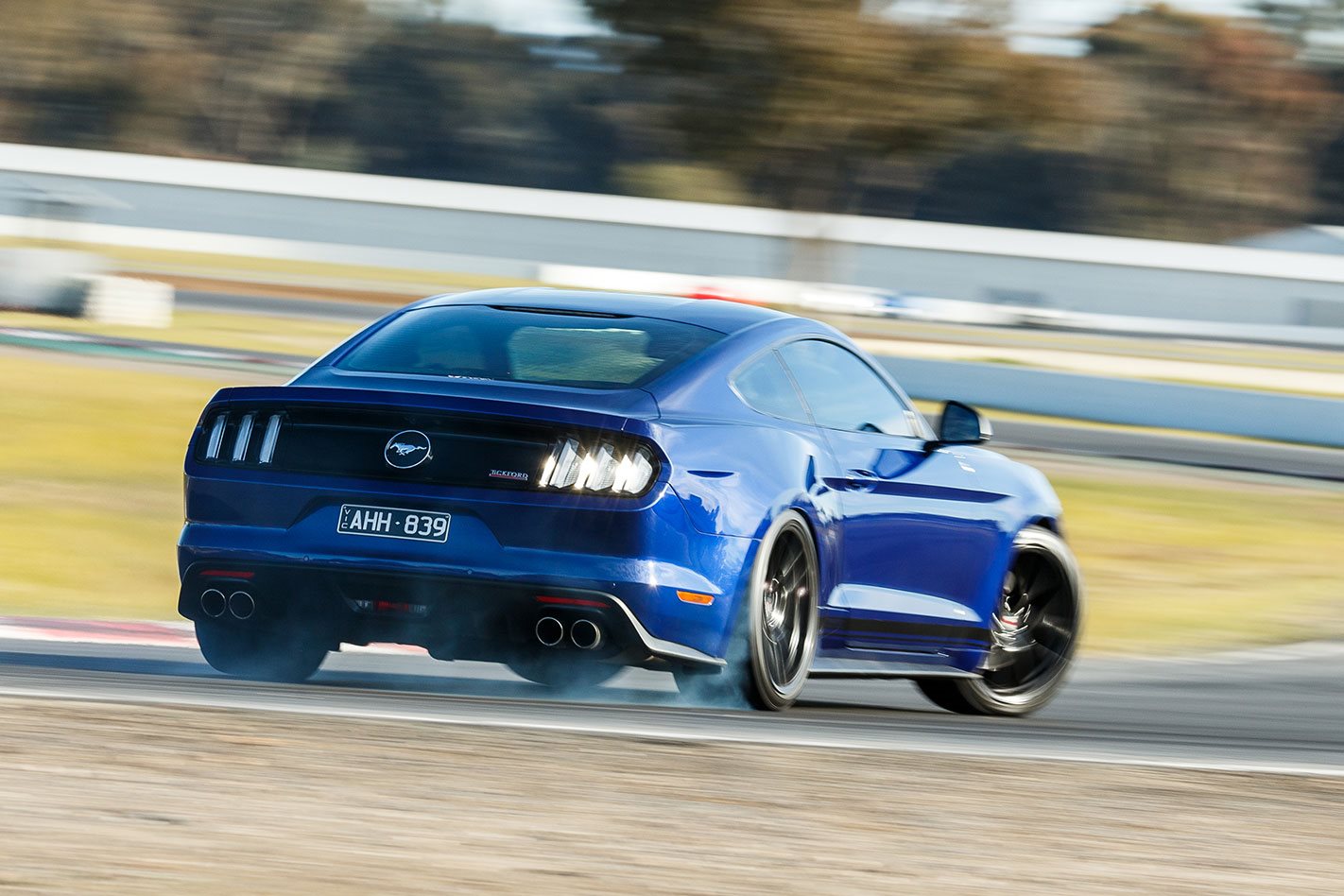 How we dish out the points

LISTEN UP, this is the science bit. In order to rank this motley crew in terms of their outright performance we turned to a modified version of our tried and tested Bang For Your Bucks formula. 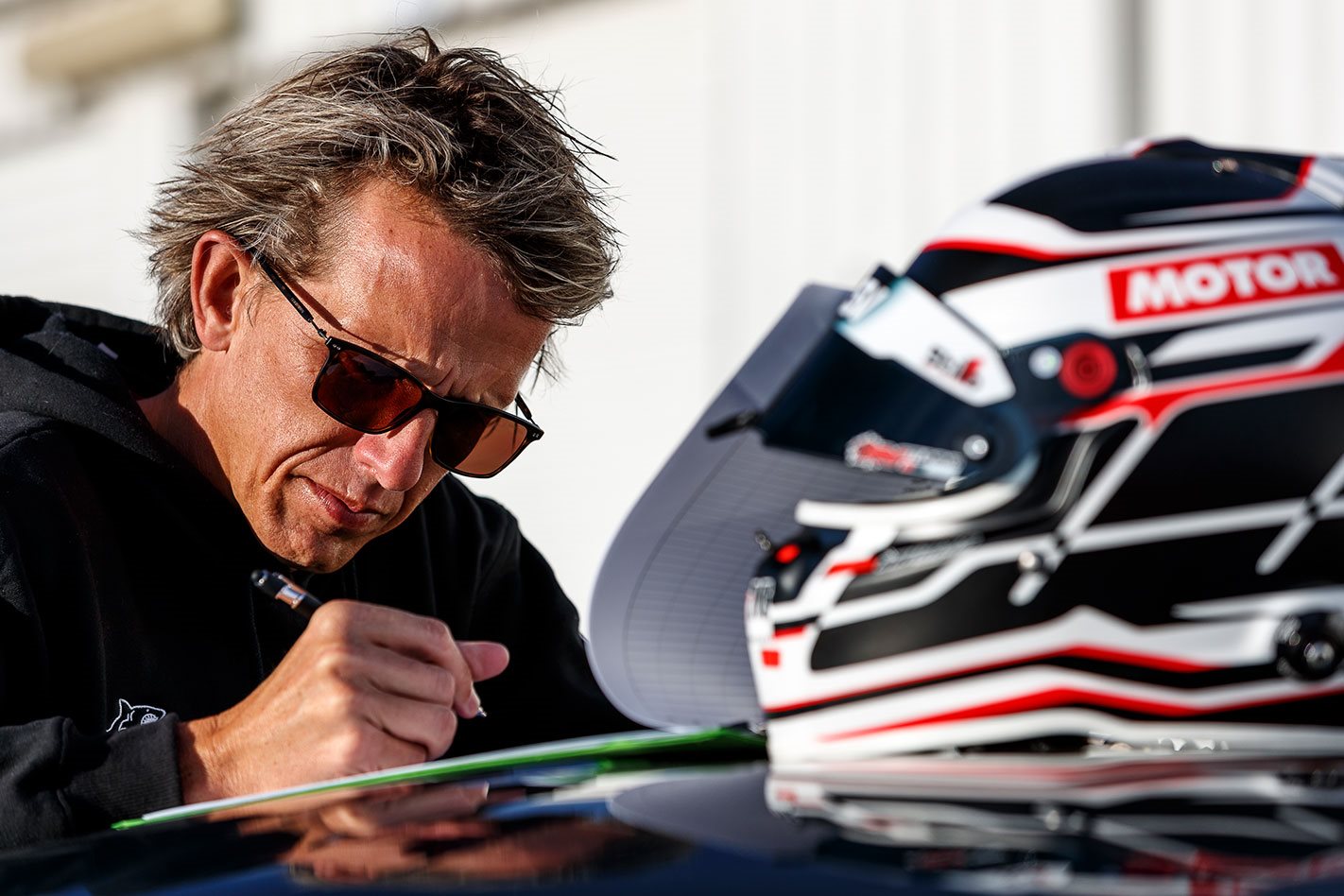 We feel these percentages give a fair and accurate balance between straight-line speed and handling ability. Each category is also weighted with the best and worst car receiving 10 and one point respectively and the others spread between based on the strength of their performance.

Finally, we also used a standard Mustang GT in order to set a benchmark in each discipline. 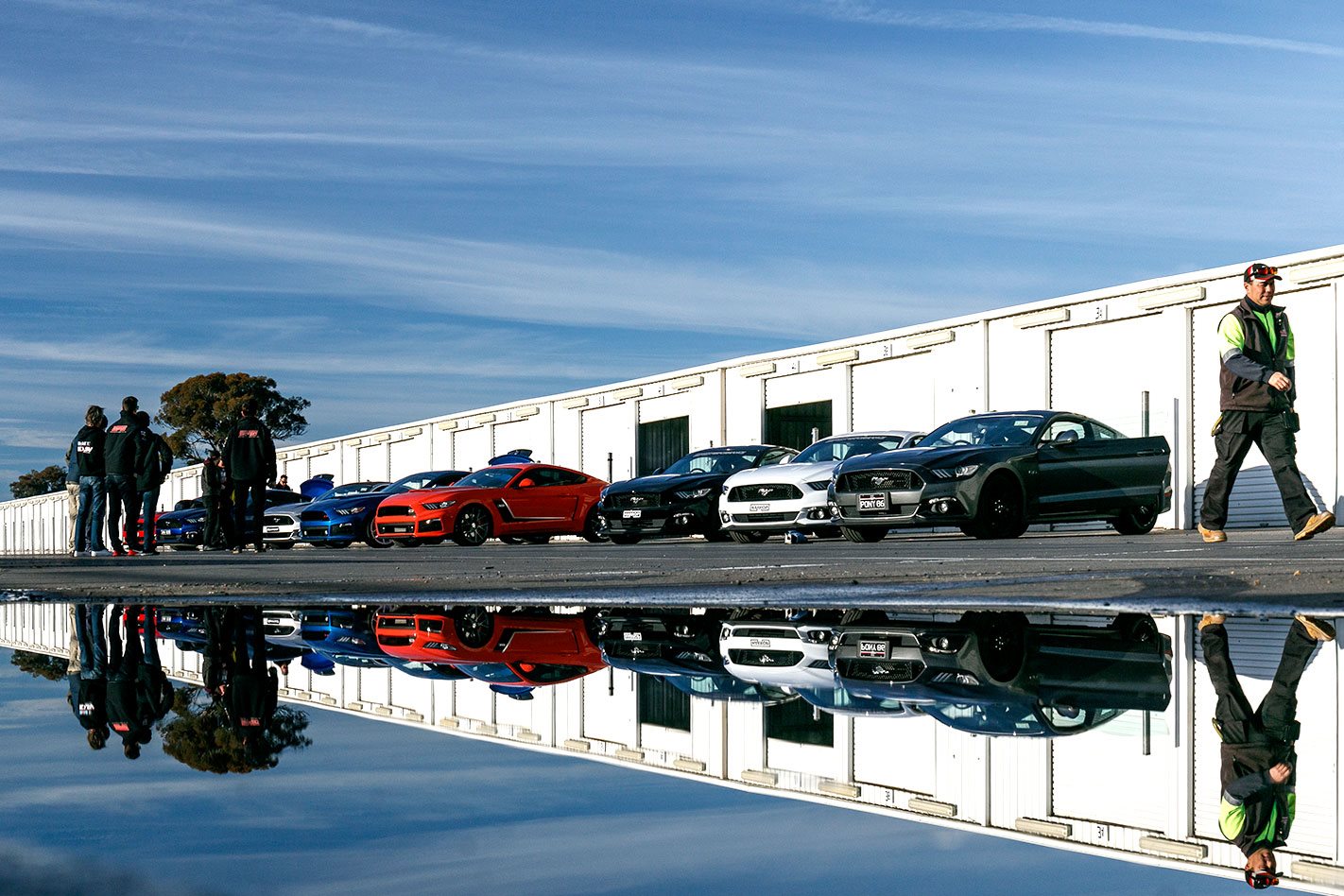