Performance Car of the Year 2020: The Drag Test

The Bend’s long, long main straight is a happy place for PCOTY 2020 performance testing. A smooth, grippy surface and plenty of rubber laid down by numerous tyre-burning race starts makes for, in general, fast times.

But first, an embarrassing confession: Morley and I had completed all the cars only to discover the Driftboxes didn’t have data-saving memory cards in them. While the numbers had been written down, the Driftbox only displays figures to one decimal place rather than the two it records to, so we hastily grabbed our helmets and re-ran all the cars in double-quick time in order to obtain accurate figures. 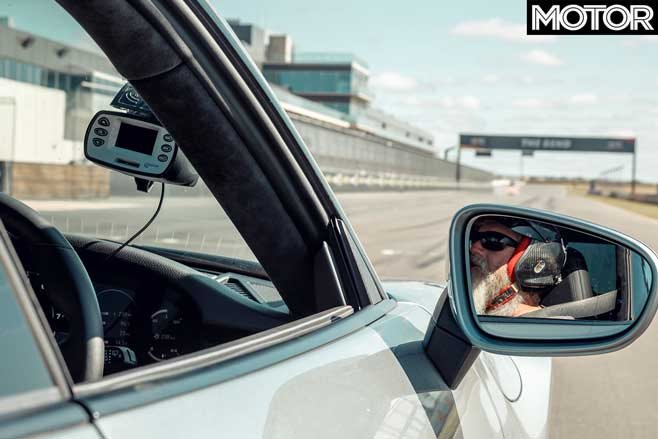 Thankfully, due to our earlier ‘practice’ runs, despite the haste we managed to match the earlier figures to within a tenth. So without further ado, in alphabetical order, this is the class of PCOTY 2020.

The Alfa Romeo Stelvio Q doesn’t look like your standard athlete, but a 375kW/600Nm 2.9-litre twin-turbo V6 provides plenty of motivation, while all-wheel drive rockets the Italian SUV to 100km/h in just 3.79sec and through the quarter-mile in 11.95sec at 191.50km/h. Yep, an SUV running sub-12sec quarters. It makes a suitably throaty six-cylinder growl in the process and stops remarkably well too, pulling up from 100km/h in just 35.6m.

Unsurprisingly, the rear-drive Chevrolet Camaro ZL1 can’t match the Alfa off the line, but with plenty of heat in the massive rear Goodyear Eagle F1 Supercar 3s a cautious take-off and short-shift into second gear brings up 100km/h in just 3.93sec. 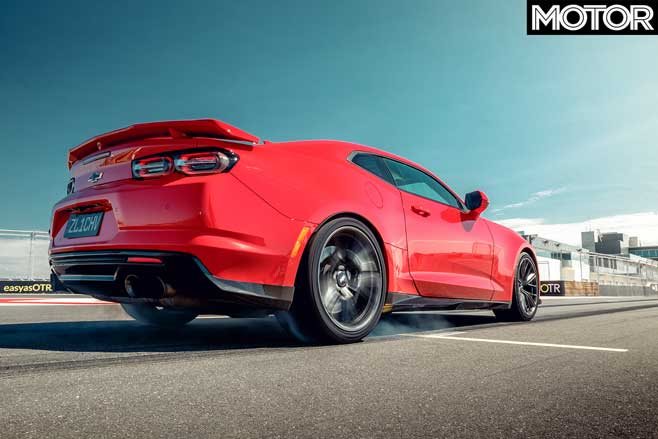 Nevertheless, the strength of the G70’s bang-for-buck equation is evident in the fact that the Lexus RC F Track Edition can only improve on the Genesis’s efforts by a tenth or two, despite costing almost $90K more. The Lexus V8 is a sweet, free-revving thing and numbers of 4.79sec and 12.90sec at 182.33km/h aren’t shabby, but equally the Track Edition isn’t going to blow you away with its sheer speed. 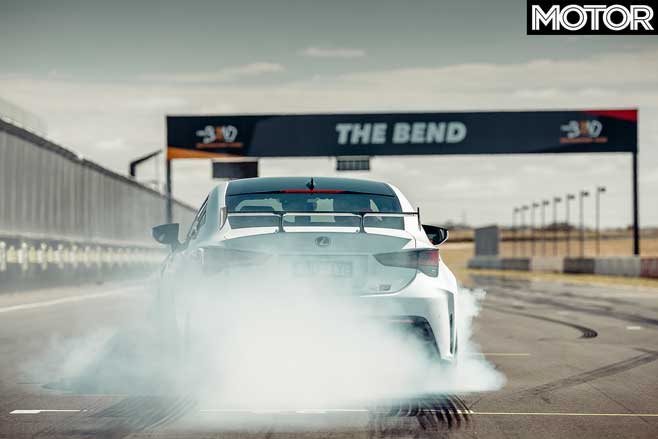 The Lotus illustrates what a real ‘Track Edition’ can do. A supercharged V6 in an 1100kg body makes for ample acceleration; we couldn’t quite match the figures achieved earlier in the year, but 3.91sec to 100km/h in a manual rear-driver is still pretty handy.

What’s more, the Exige Sport 410 has the grunt to sustain the charge, crossing the quarter-mile in 12.07sec at 192.68km/h, more than 10km/h up on the Lexus. That lack of weight comes in handy on the decel too, the Lotus stopping quicker than any other car in the field from 100km/h at just 31.8m. 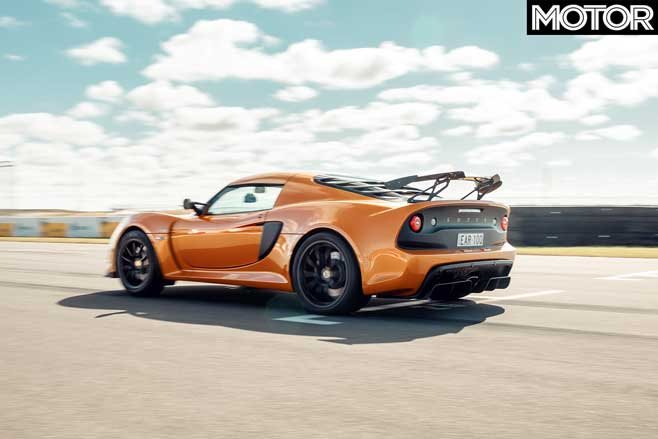 AMG tends to do a pretty mean set of stoppers also, the A35 coming to a halt in 33.1m. Its acceleration isn’t quite so impressive, though it uses its 225kW/400Nm to good effect, launch control catapulting Merc’s semi-hot hatch to 100km/h in 4.86sec before its relative lack of punch becomes evident, the quarter-mile requiring 13.16sec at 170.50km/h.

Lack of punch isn’t something you’ll ever worry about in the A35’s big brother; the GT63 is out of this world. Sadly, our timing equipment chucked a wobbly (11.3sec quarter-mile at 184.8km/h? Yeah, nah…) but thankfully we’ve tested the big Merc before and there’s no reason to believe our PCOTY test car is any slower. Figures of 3.16sec 0-100km/h and 11.08sec at 203.43km/h for the 400m make it easily the speed king of this year’s contest. The monster carbon brakes struggled though, taking 37.0m to arrest the two-tonne GT63. 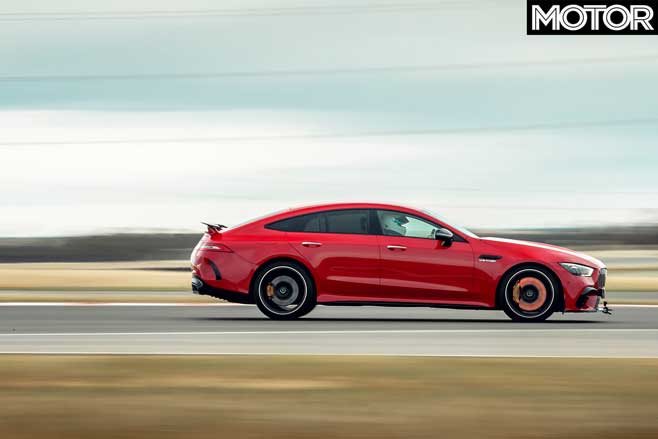 The Renault Megane RS Trophy-R is the quickest front-driver we have ever tested, if only by fractions of a second over the Honda Civic Type R. Launching it is a right pain, with all manner of electronic protections getting in the way (4000rpm soft rev limit when stationary, no clutch drops allowed), but cajole the Frenchie off the line correctly and it will whip to 100km/h in 5.66sec and to the 400m mark in 13.60sec at 175.31km/h. The slowest car in the field, sure, but pretty brisk for a hot hatch.

Last but by no means least is the Toyota Supra GTS. It likes a little bit of wheelspin off the line but then it’s just a case of ensuring you click through the closely stacked ratios in time to rattle off an impressive 4.44sec 0-100km/h and 12.62sec quarter-mile at 181.16km/h. It stops equally effectively, shedding 100km/h in just 32.6m. A fine way to round out a very speedy dectet. 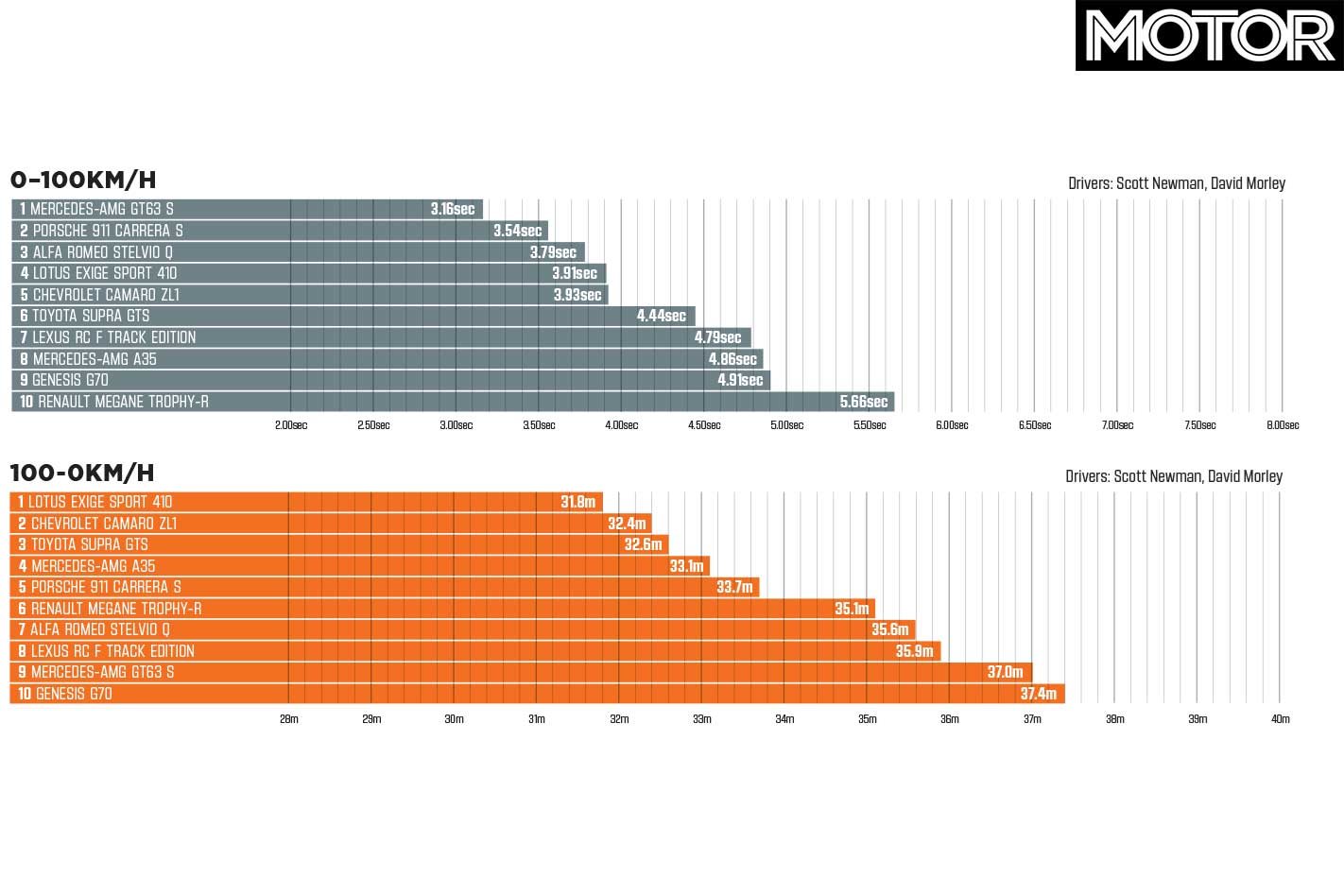 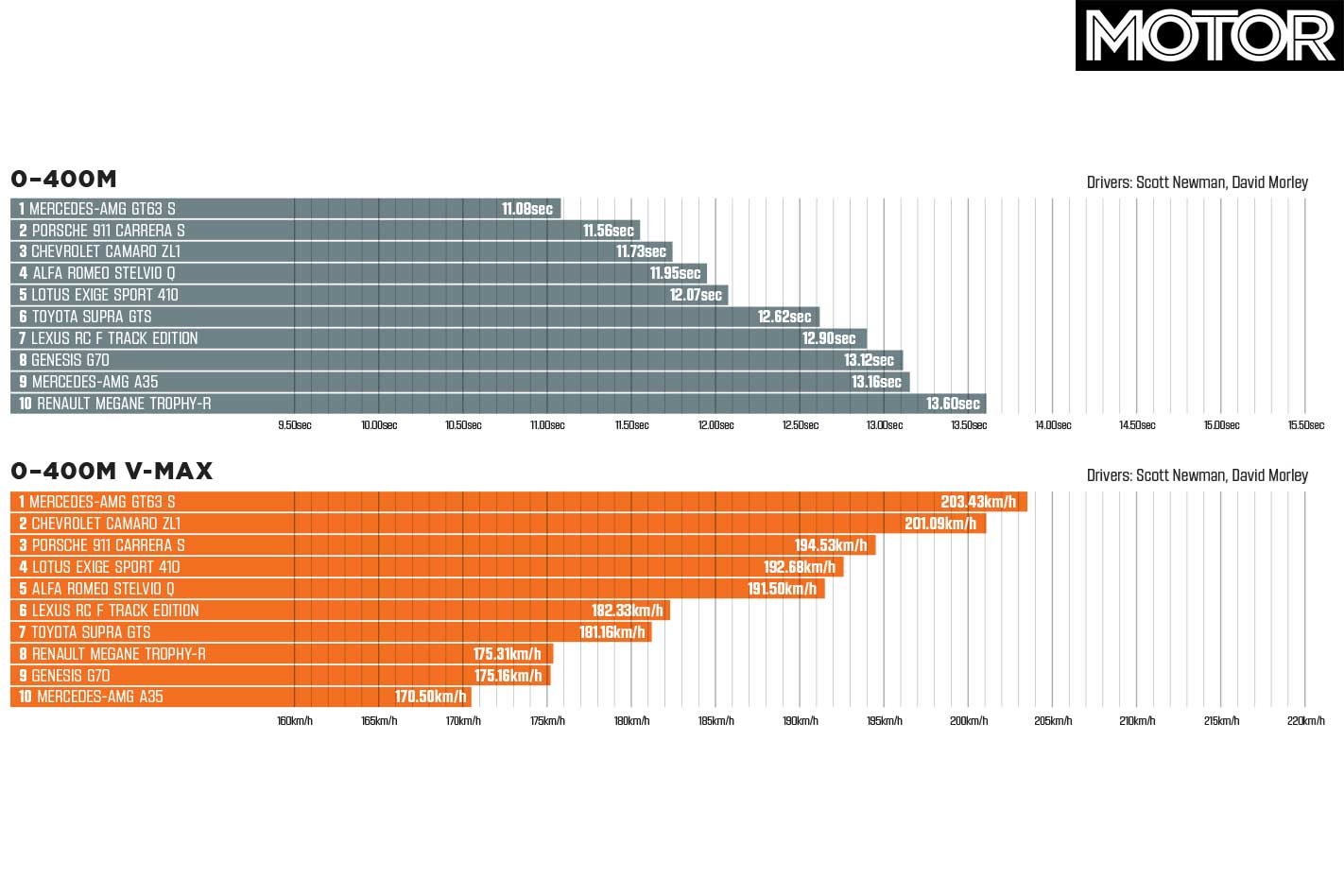 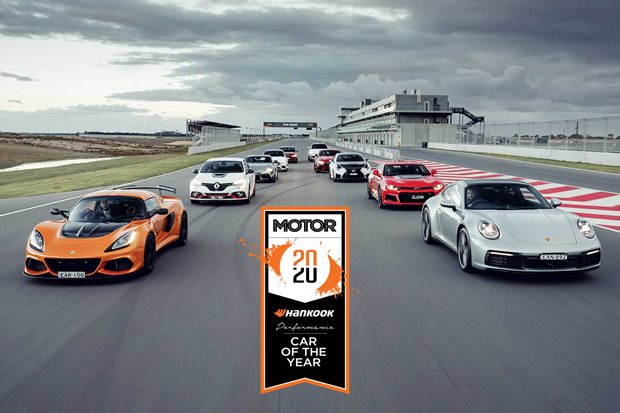 Performance Car of the Year 2020: The Track Test

Put on the track suit and lace up those sneakers, it’s time to test the athleticism of our 10 PCOTY challengers 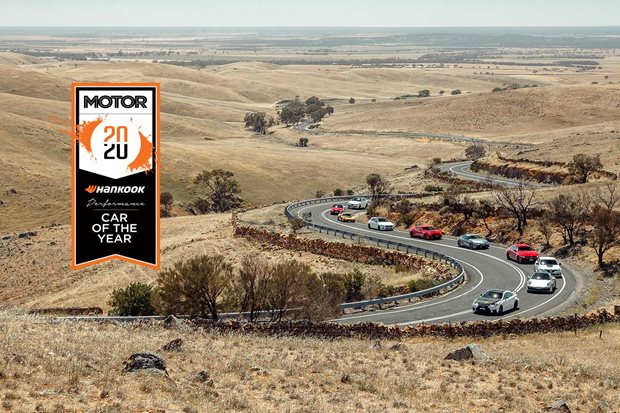 Performance Car of the Year 2020: The Road Course 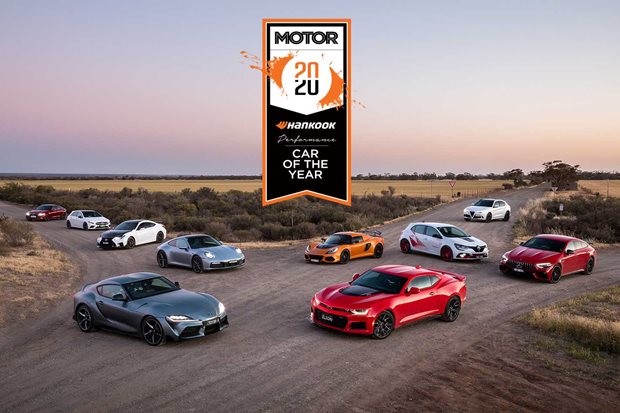 Performance Car of the Year 2020: Introduction 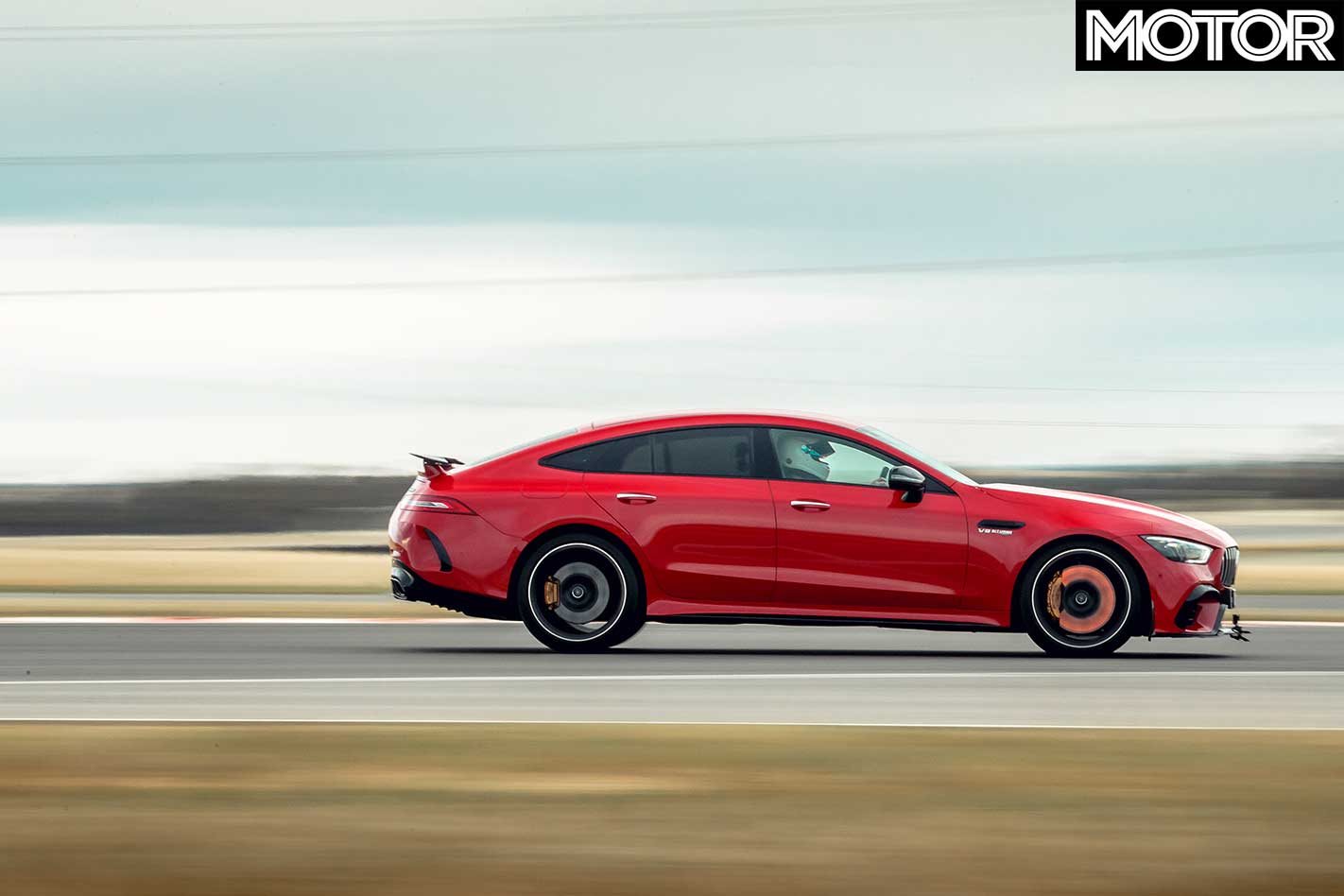 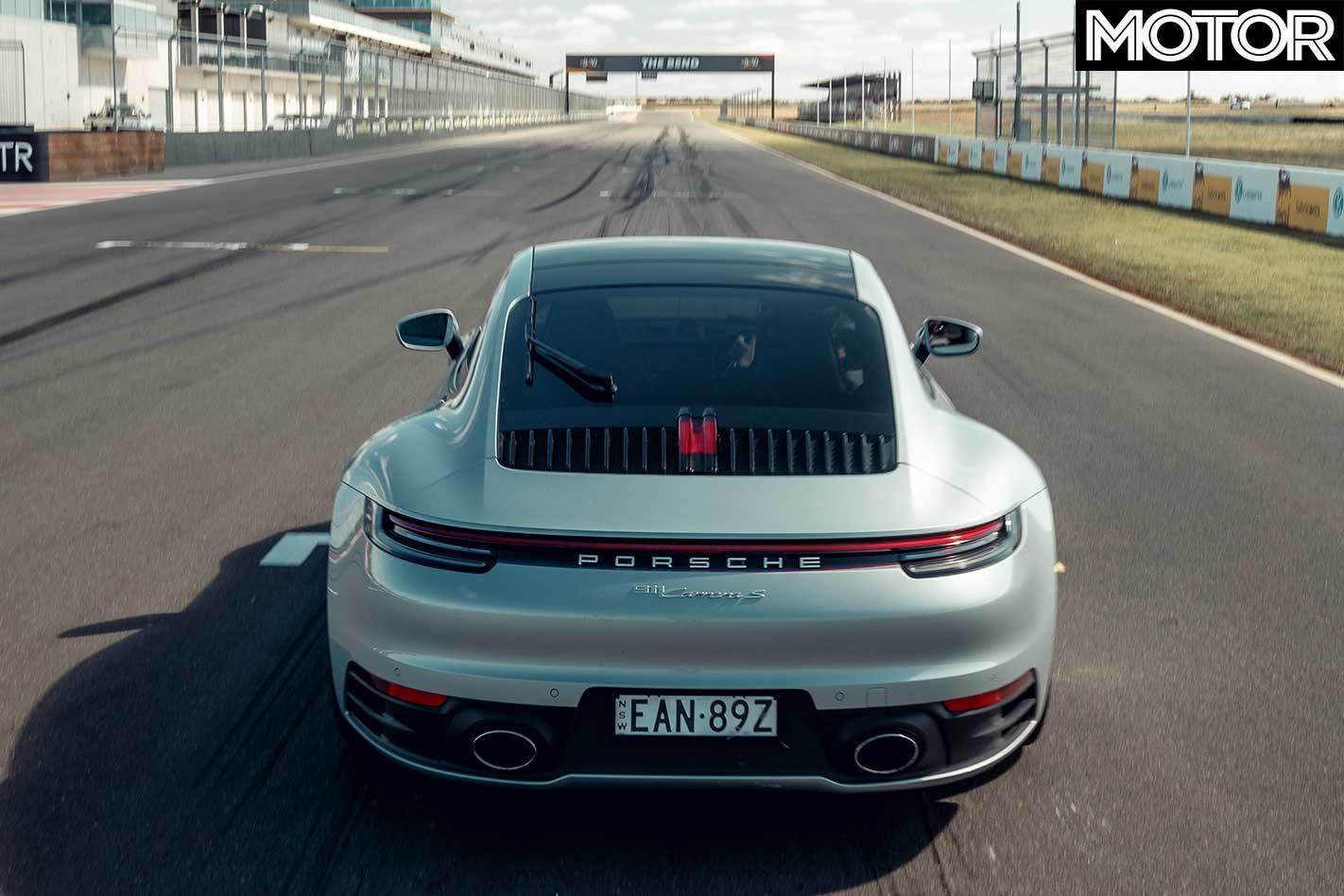 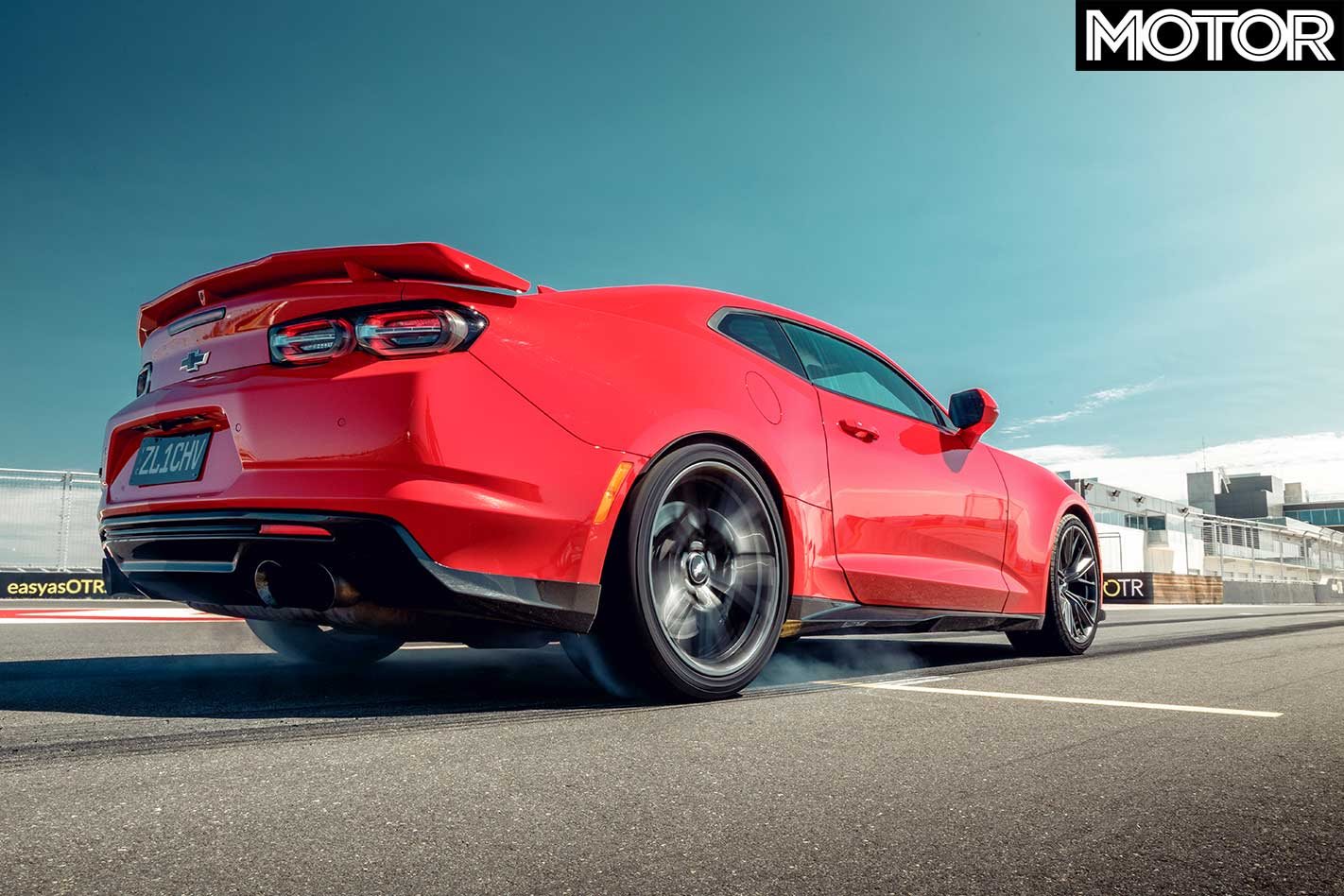 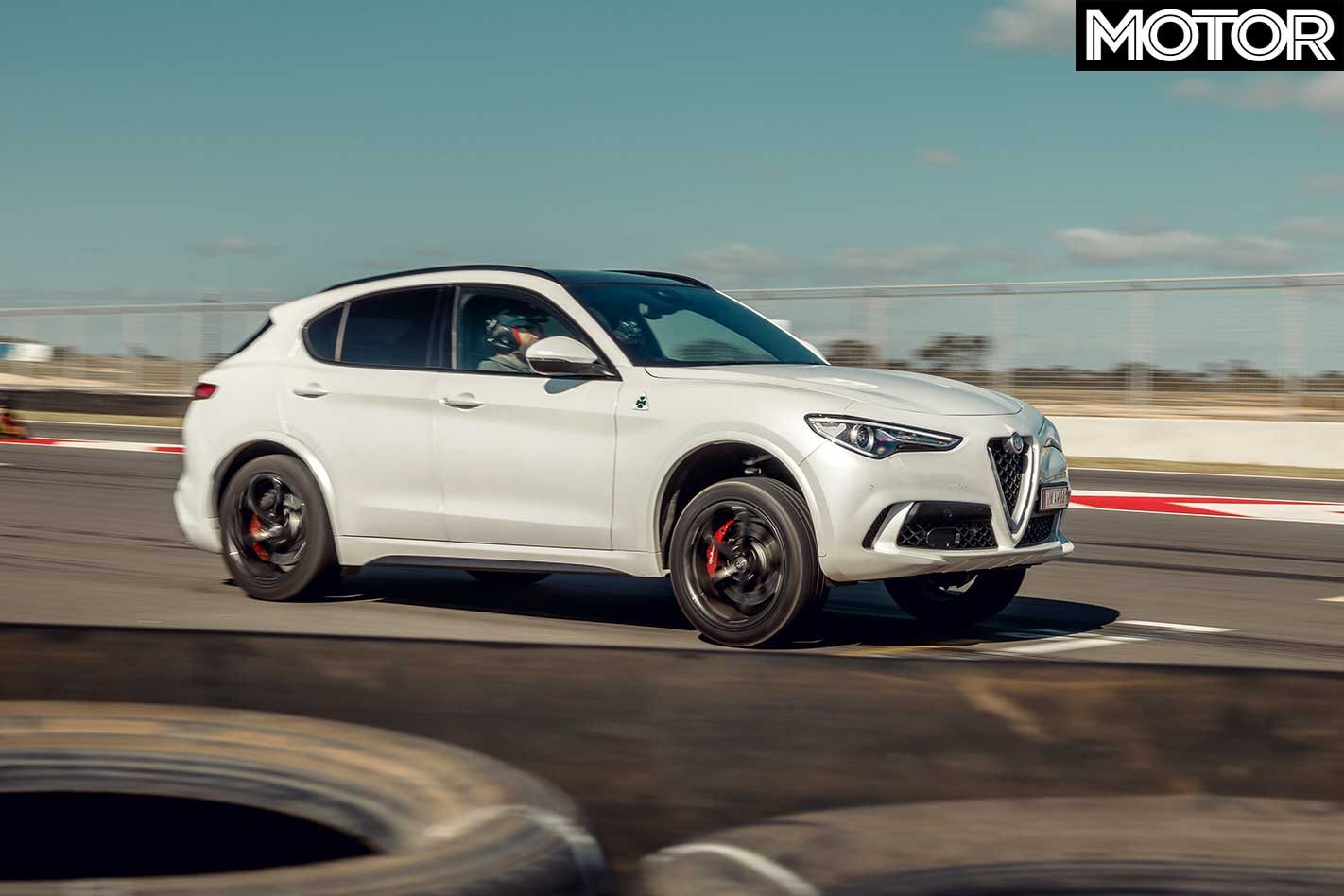 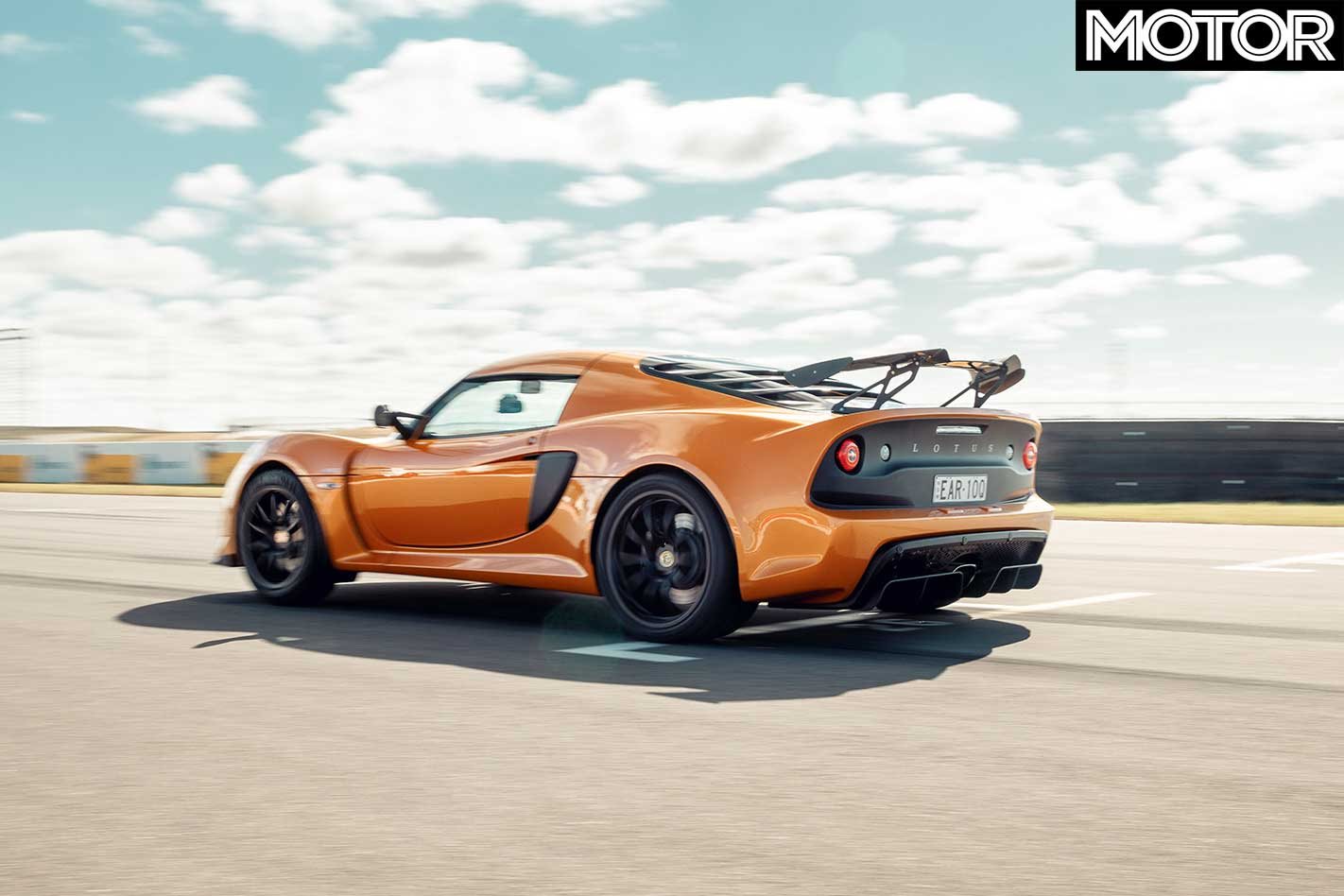 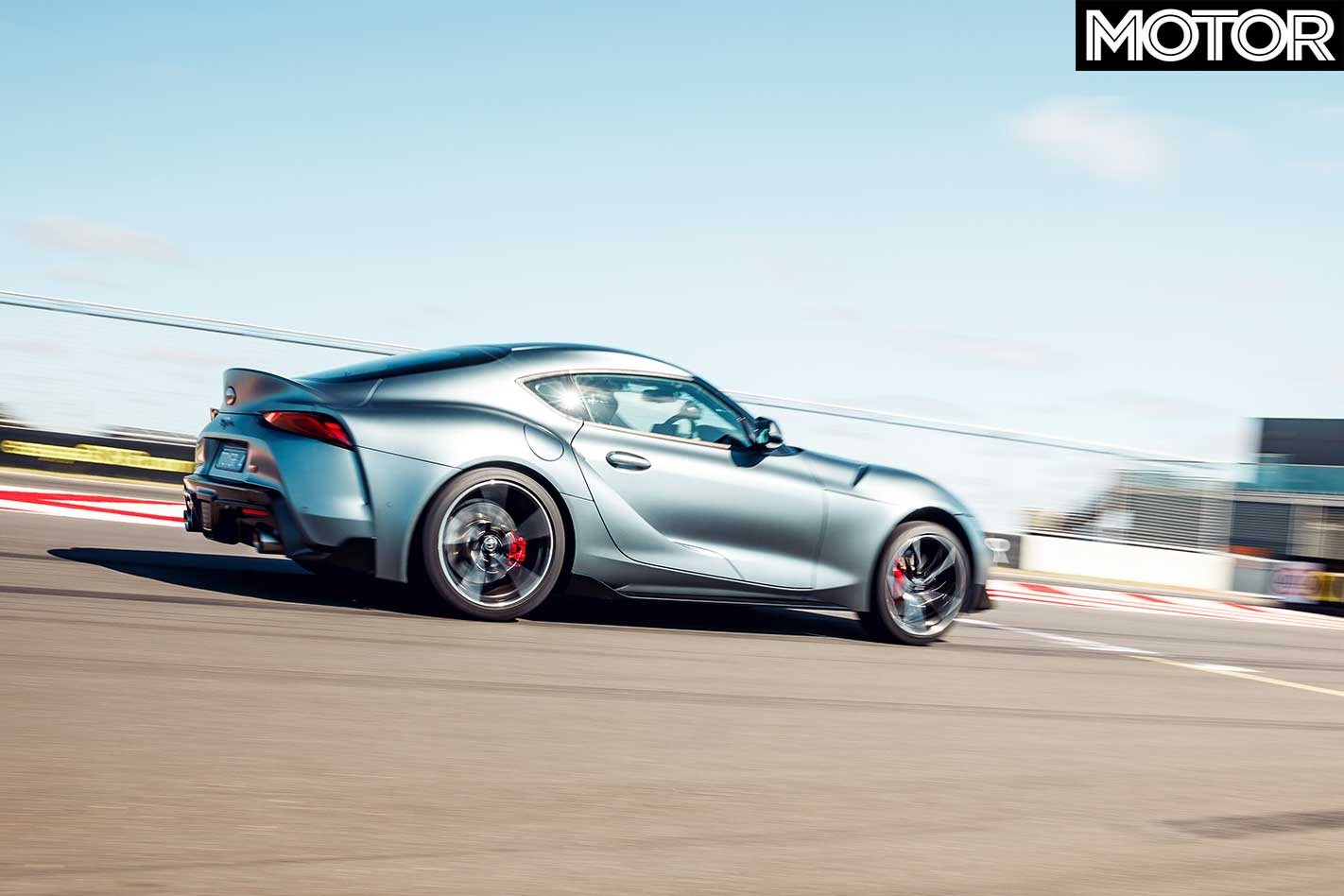 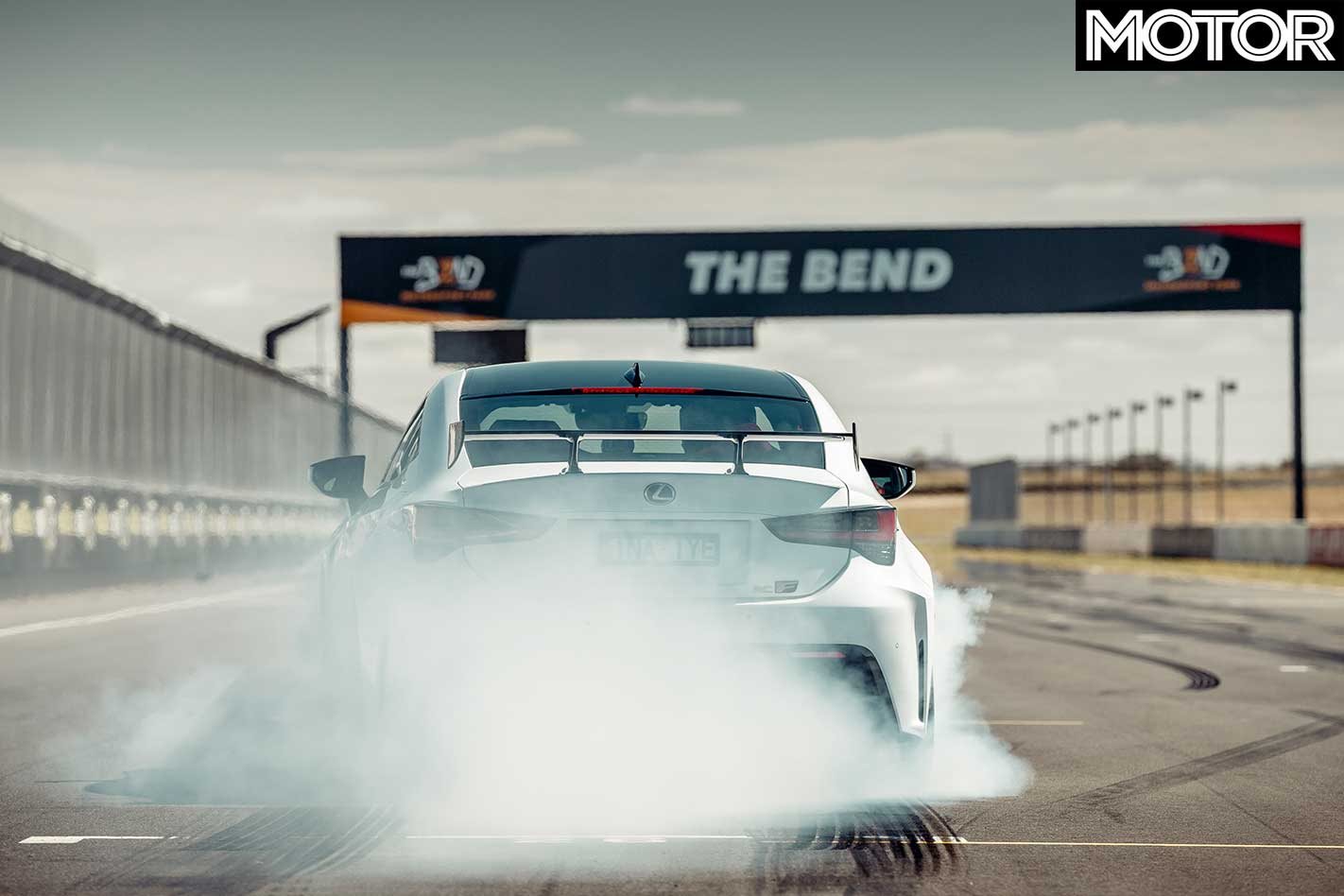 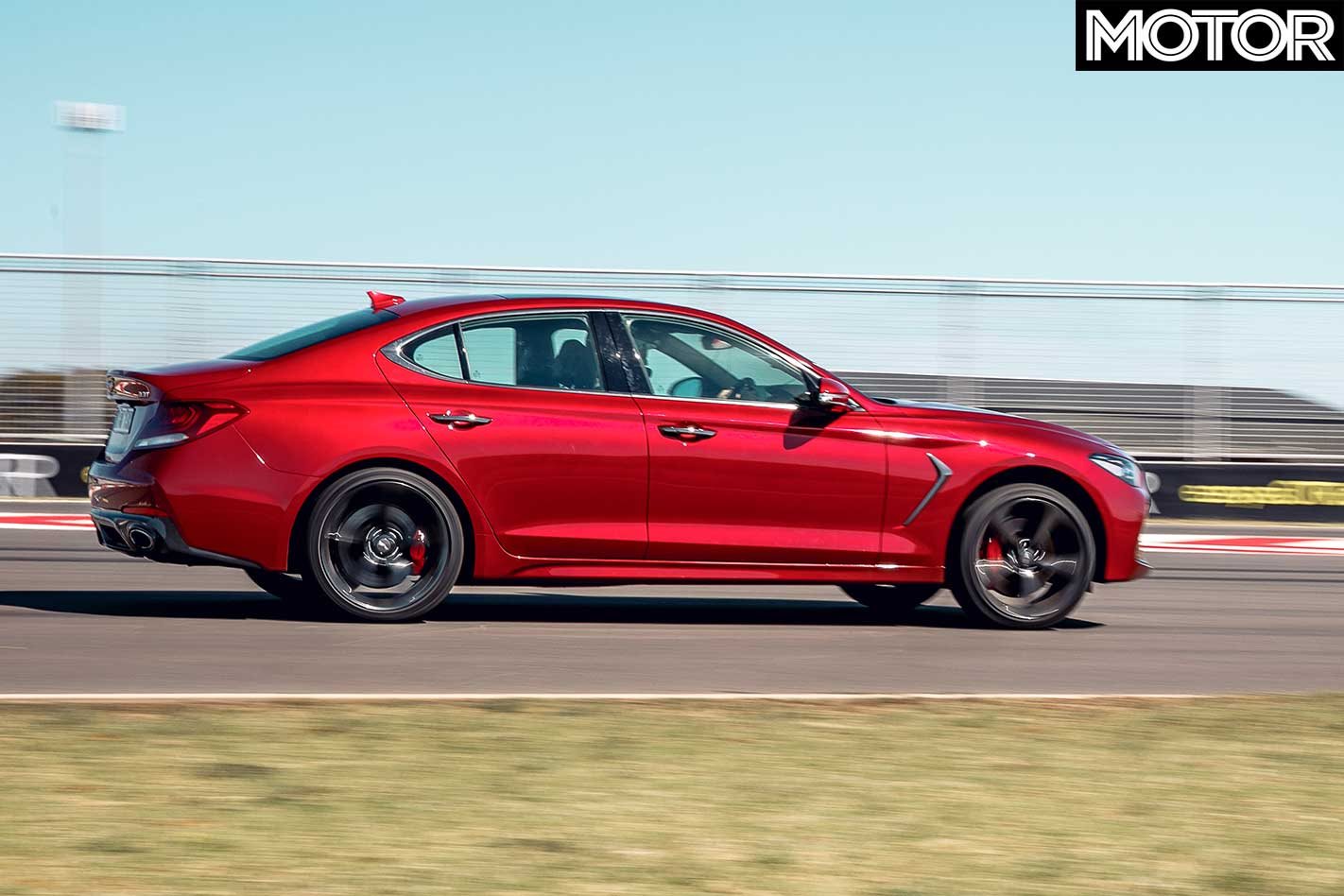 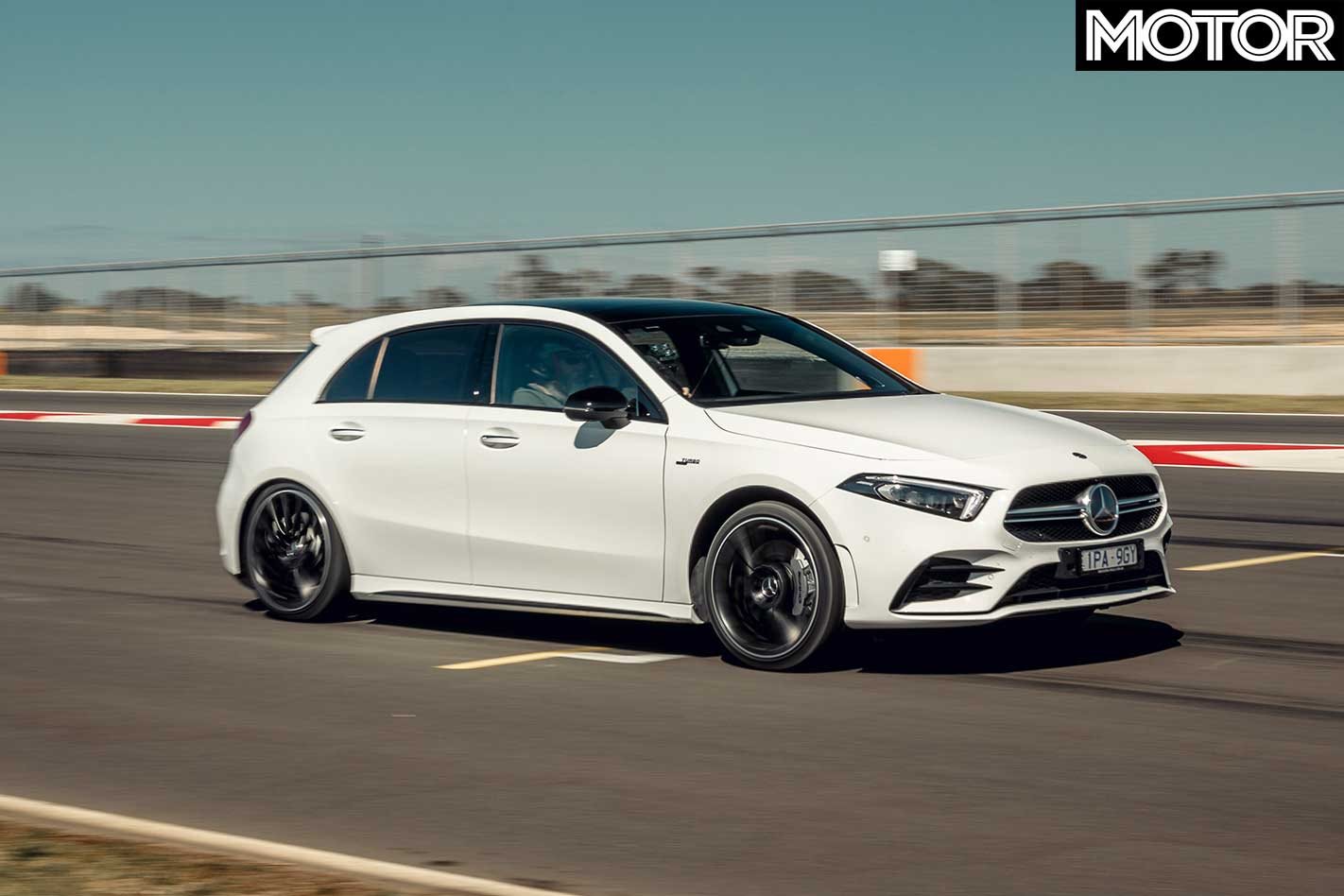 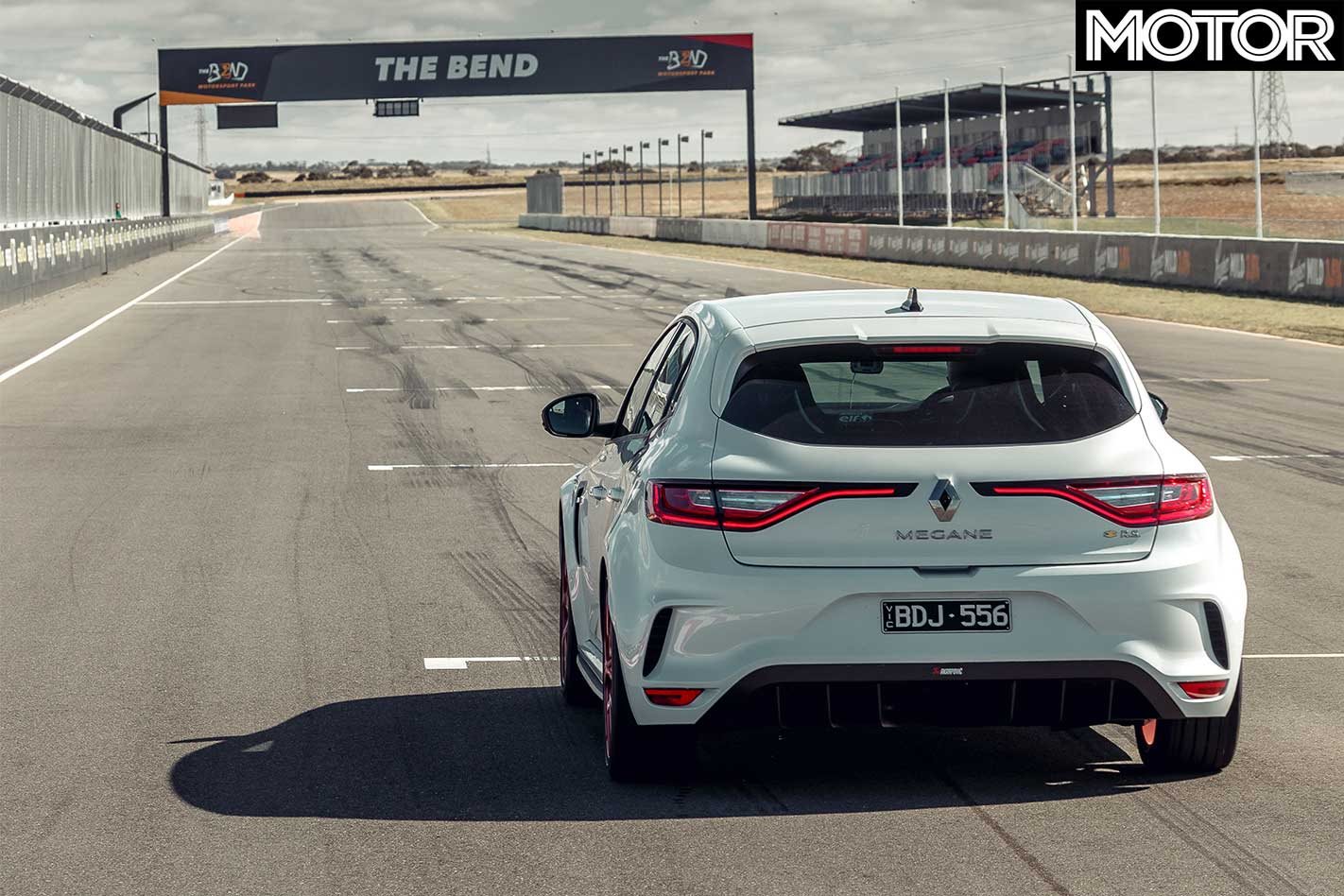