TO THE ears of a hardened petrolhead, it has the unmistakeable corrugated idle, valvetrain clatter and bassy exhaust of a tough street machine. But the sound doesn’t match the scene – where said petrolhead might expect a wicked-up Monaro or Falcon, they are instead confronted with the stately sprinkled-with-chrome white elegance of a 1965 Rolls-Royce Silver Shadow. Huh? 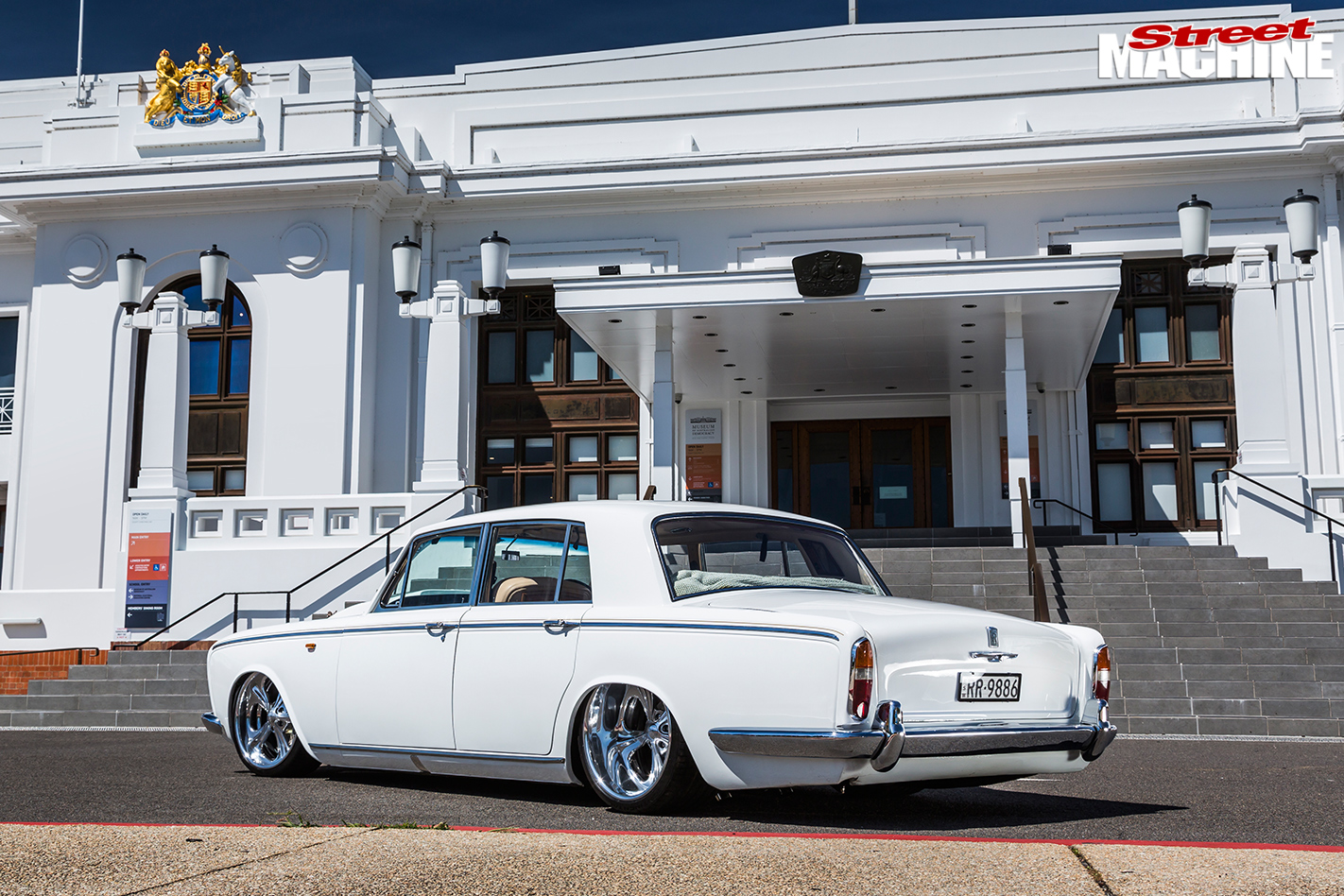 “People see it roll by and it’s like: ‘Is that – that’s a – wow, a Rolls-Royce!’” owner Ben Crombie explains, pointing comically at his tough white luxo-barge. We get that.

This car’s odd blur of sight and sound scored plenty of smiles – and a thumbs-up from a couple of black-suited security spooks – at Canberra’s Old Parliament House where we took some pics. 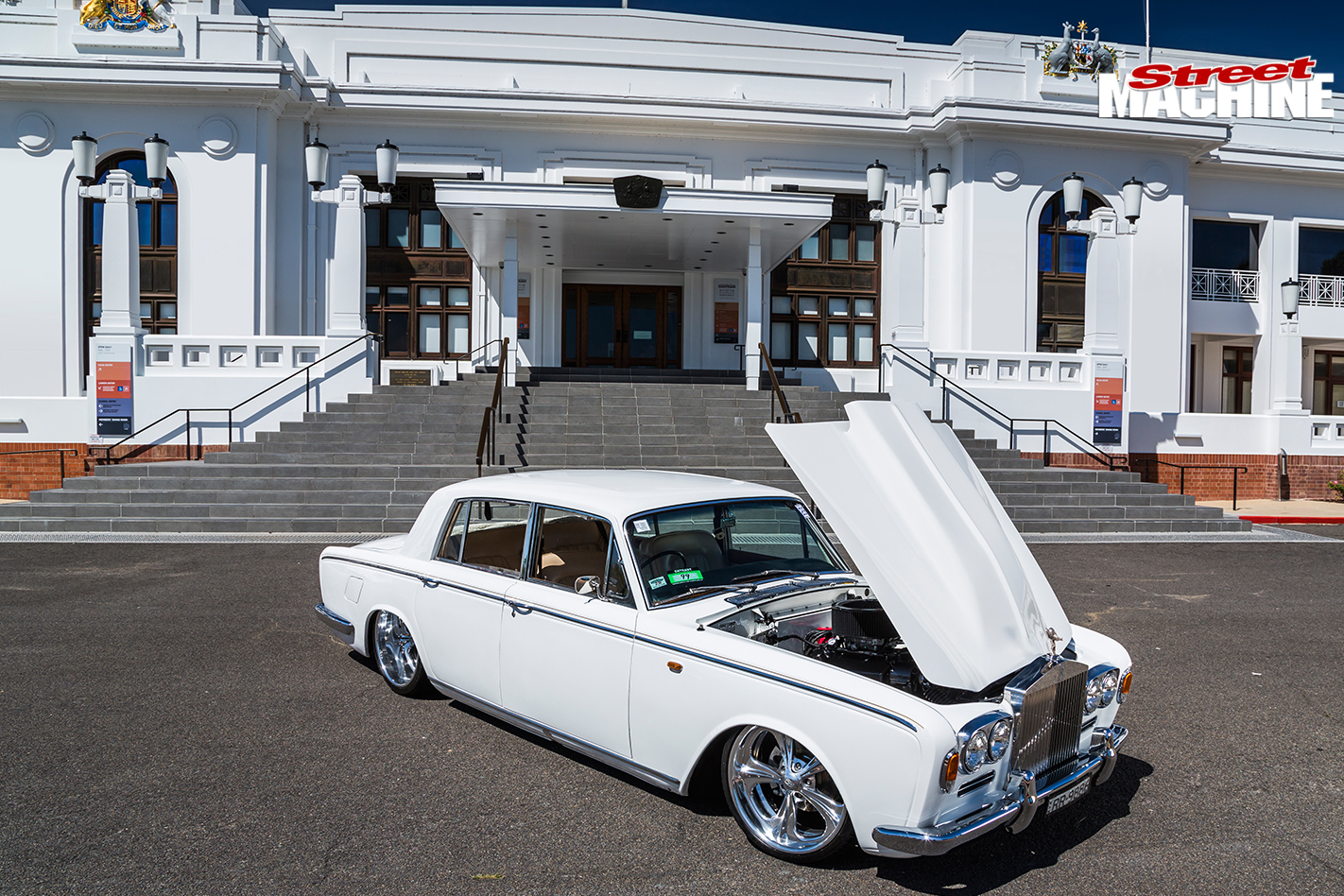 Ben bought his Rolls with a Chev V8 already installed. It’s a common enough conversion for older Rollers – the Chev is simple, durable and far easier to service and maintain than the sometimes troublesome, always time-consuming Rolls-Royce V8.

For his first seven years of Rolls ownership, Ben delivered happy brides to weddings around his hometown of Orange, NSW. Then three years ago, he blew up the diff doing a burnout. As you do. “So I thought: ‘Ah stuff it, I’ll do it up,’” he says. “After seven years of Saturdays, I was starting to not enjoy doing weddings. Sure, it’s the bride’s big day, but too often I was hearing: ‘Oh it’s too hot,’ or ‘Oh it’s too cold,’ or ‘Oh, I don’t drink that brand of mineral water’, or whatever. I’d had enough.” 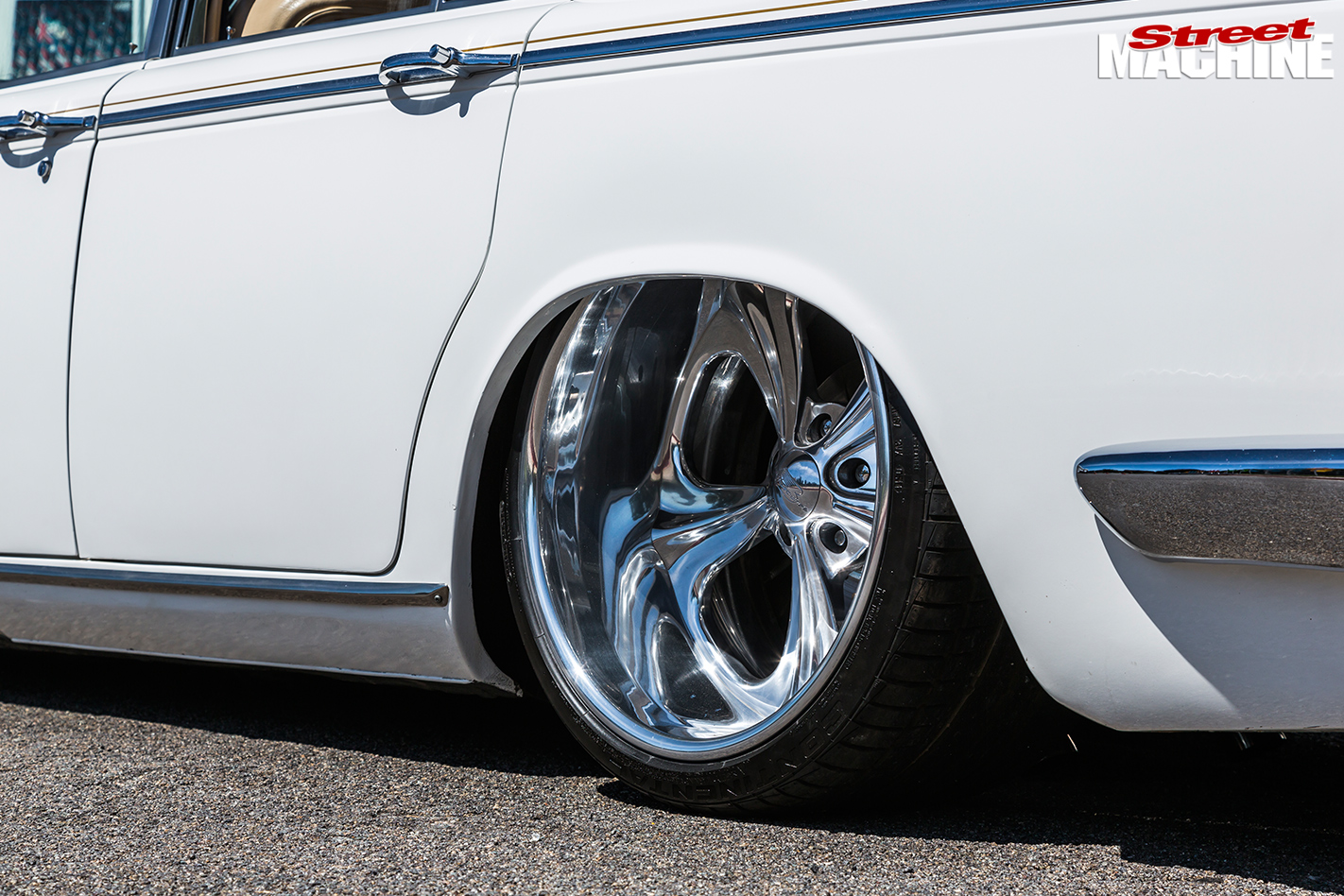 The busted diff – within a subframe that carried the Roller’s complex height-adjustable independent rear suspension – was replaced with a shortened Ford F100 nine-inch. There was a fair bit of modification needed to anchor the four control arms and Watt’s link the nine-inch required, and of course to make sure those 20x13-inch Billet Specialties wheels would fit.

Working by himself, Ben had to tinker with the chassis rails from the back seat to the rear of the boot to make it all fit. “You make it up as you go along,” he admits. “I had no one I could ask!” 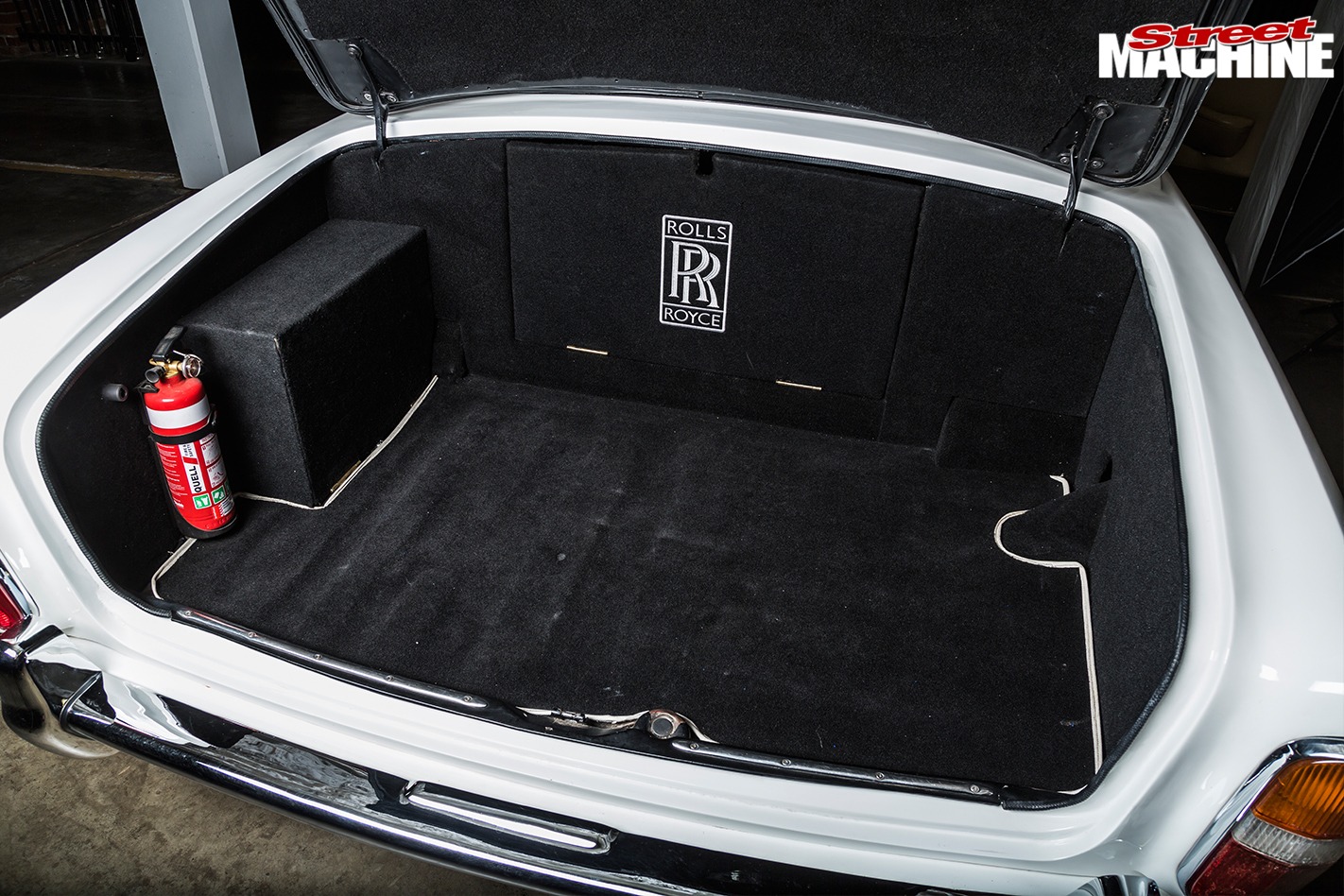 The rear suspension change was matched with a rework of the front end, too. The original strut front and box-type steering was replaced with a wishbone front end created from an amalgam of a Southern Rod & Custom crossmember, 1980s XF Falcon uprights, larger early-noughties BA Falcon brakes and BMW 3 Series rack-and-pinion steering. Both ends are suspended on airbags, capable of bellying the big Rolls. 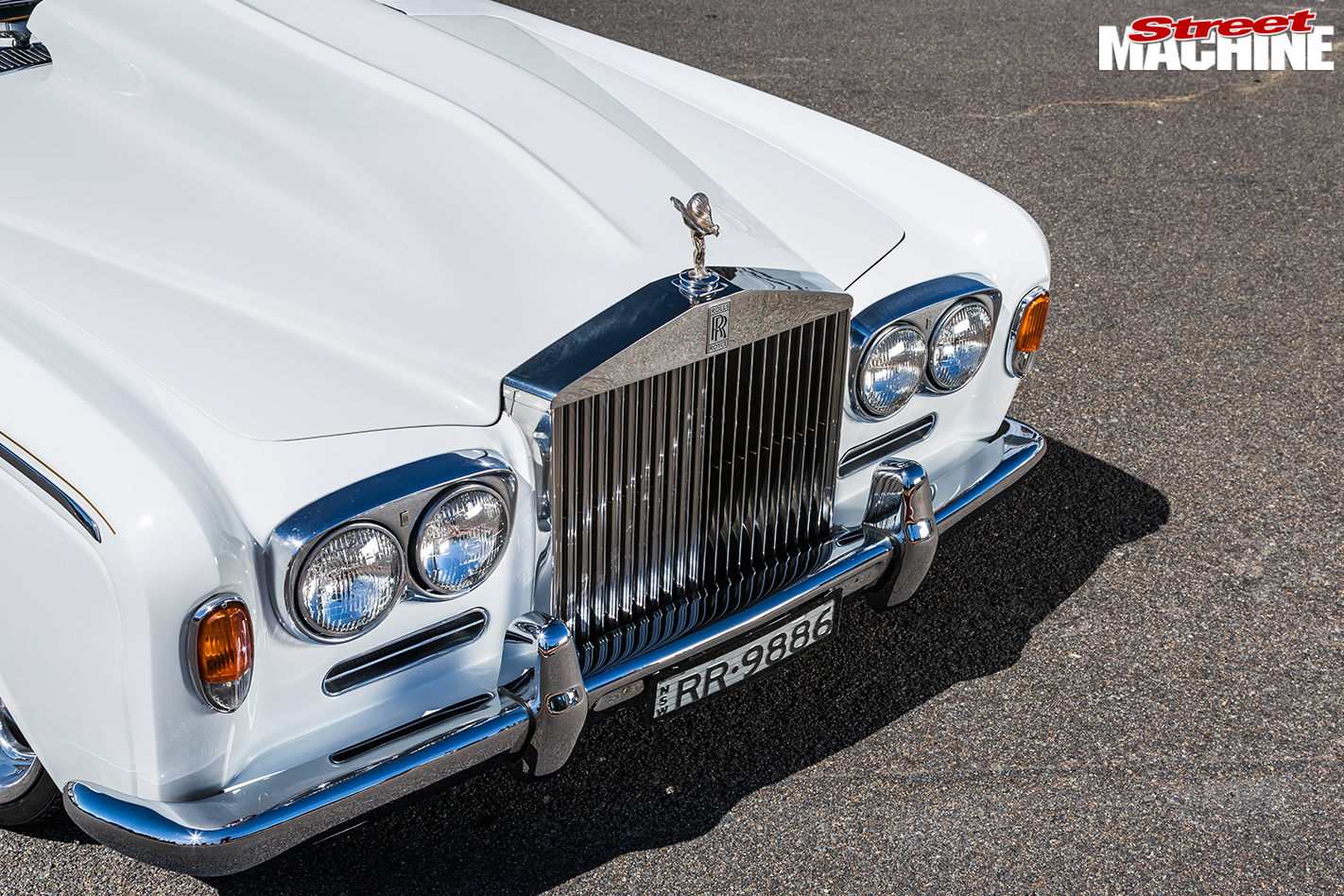 Helping the build logistically and financially was the fact that Ben was given an unwanted Roller dragged from a farm. The donor car’s engine/suspension K-frame helped with the front suspension conversion, while items such as the grille and door trims were sold to give Ben some extra spendooly and make a few other older Rollers pretty again. 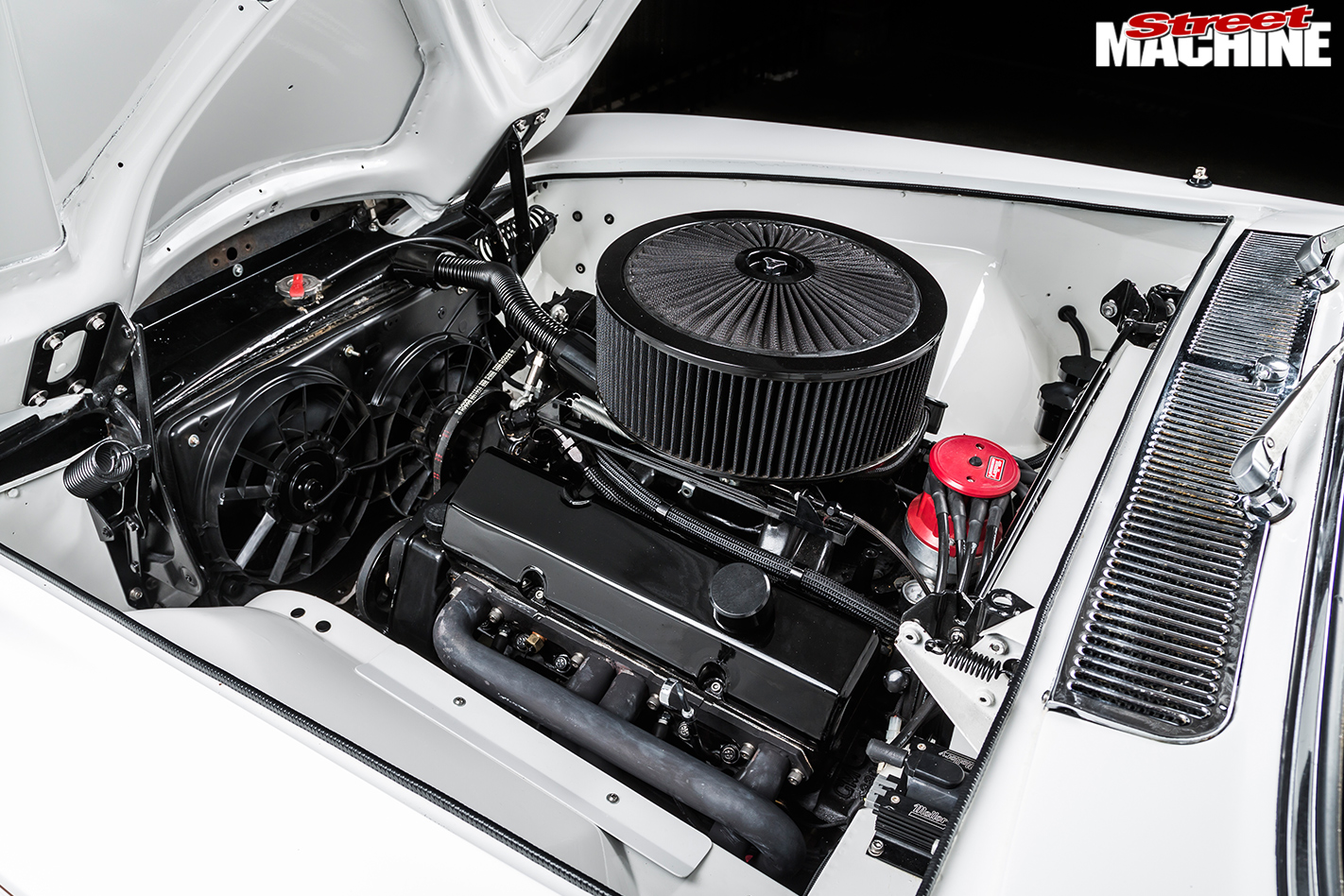 Many car enthusiasts get a surprise when they learn that these Rolls-Royce Silver Shadows used a GM TH400 three-speed auto. That makes fitting a Chev V8 a relatively easy task. And of course, with a Chevrolet V8 comes the opportunity for more good ol’ grunt. “Yeah, it was screaming out for it,” Ben says. “It needed some attitude!” 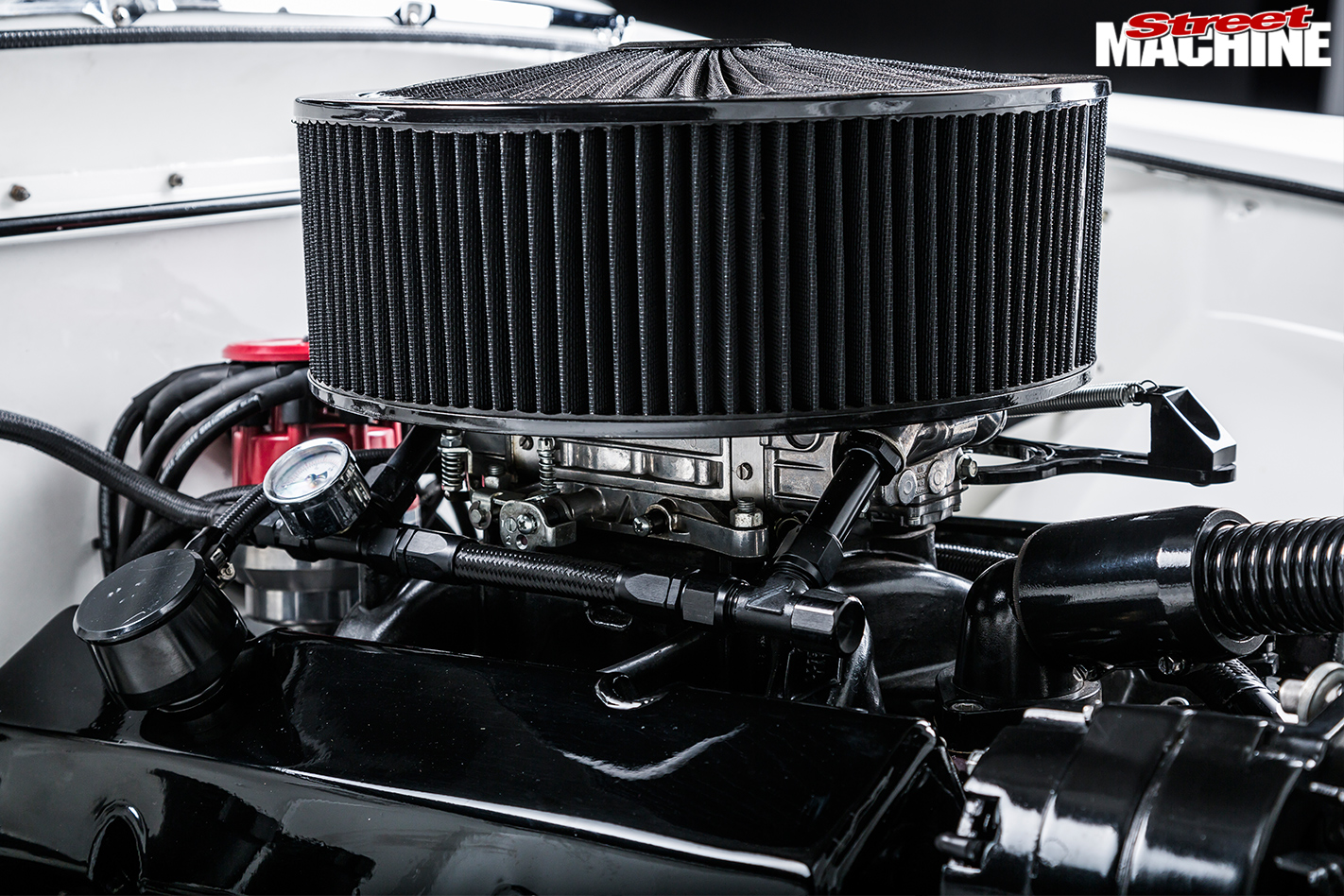 The 408ci Chev – an overbore of a 400 small-block – that Ben’s Rolls now sports is a no-fuss engine, with a torquey Camtech bumpstick, Dart Sportsman II heads and a Holley 850 on a Weiand manifold. Keeping it cool is the standard Rolls-Royce radiator but with three thermo fans. 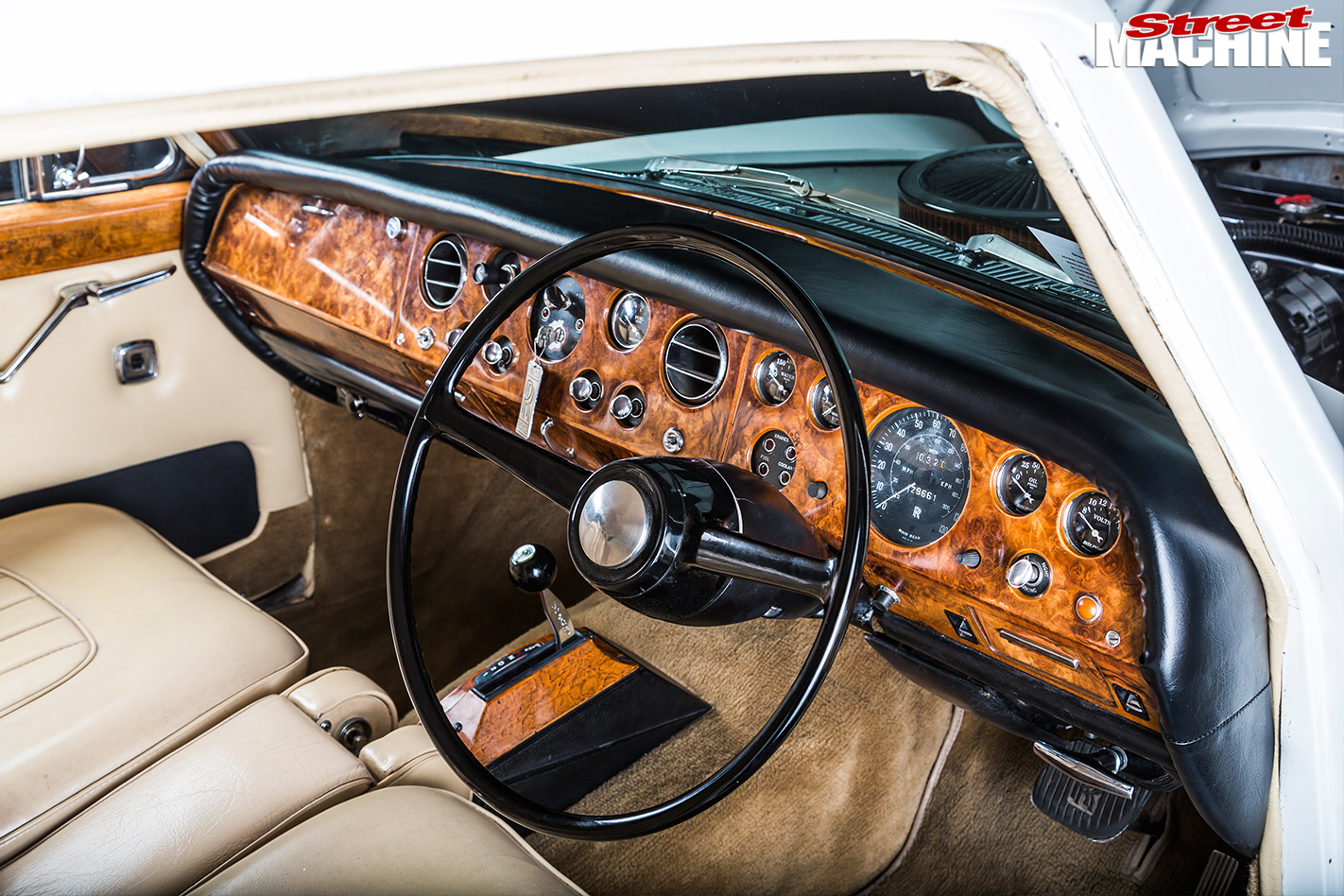 “I got the motor from some bloke in Lithgow who specialises in Holden grey motors,” Ben says. “It was to be used in an HQ Monaro, but that ended up with an LSX instead.” 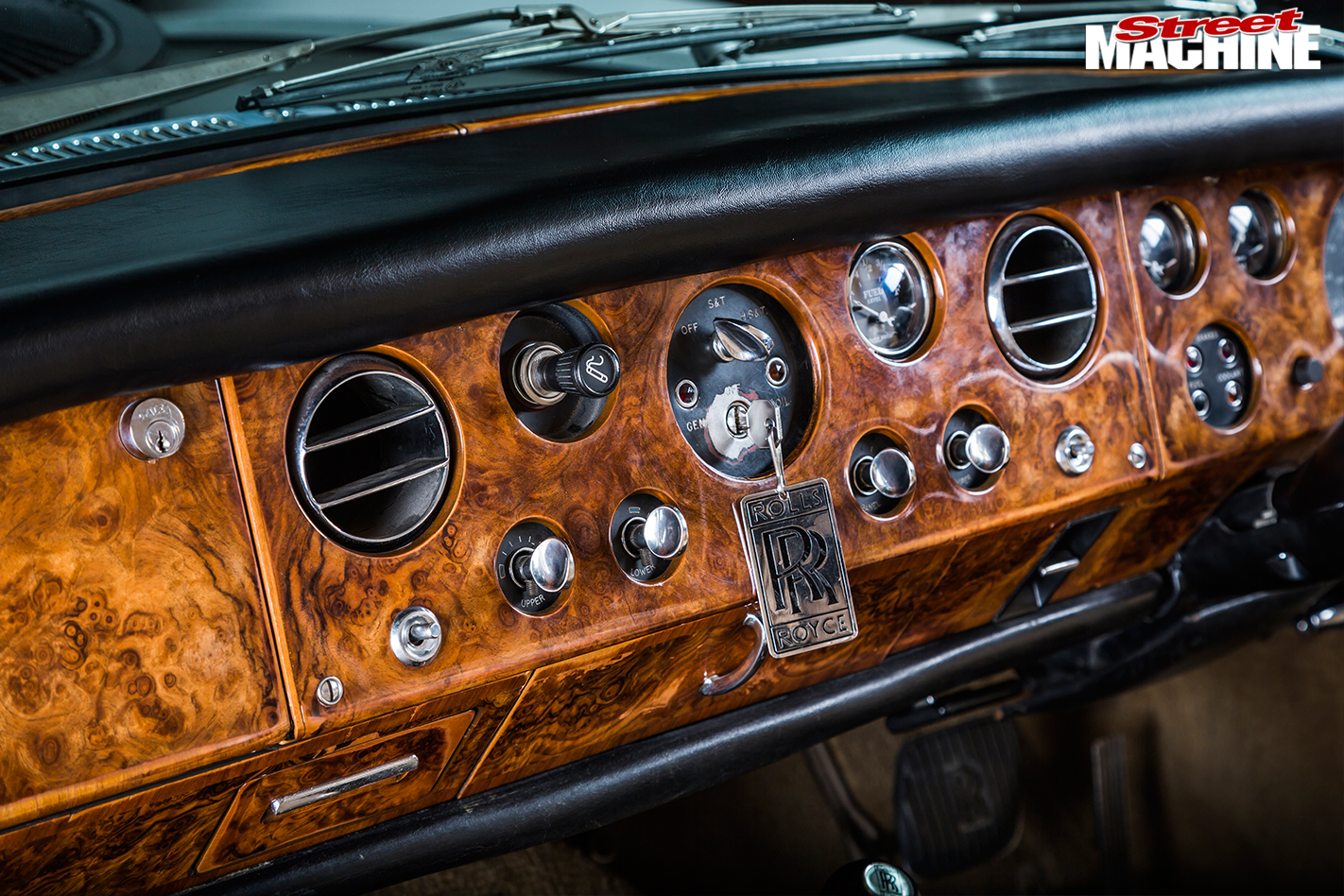 The Chev’s natural match to the transmission meant there was little mucking around with crossmember or shifter – the shifter is now on the console, not the column – and of course that TH400 trans has a reputation for easy performance, too. 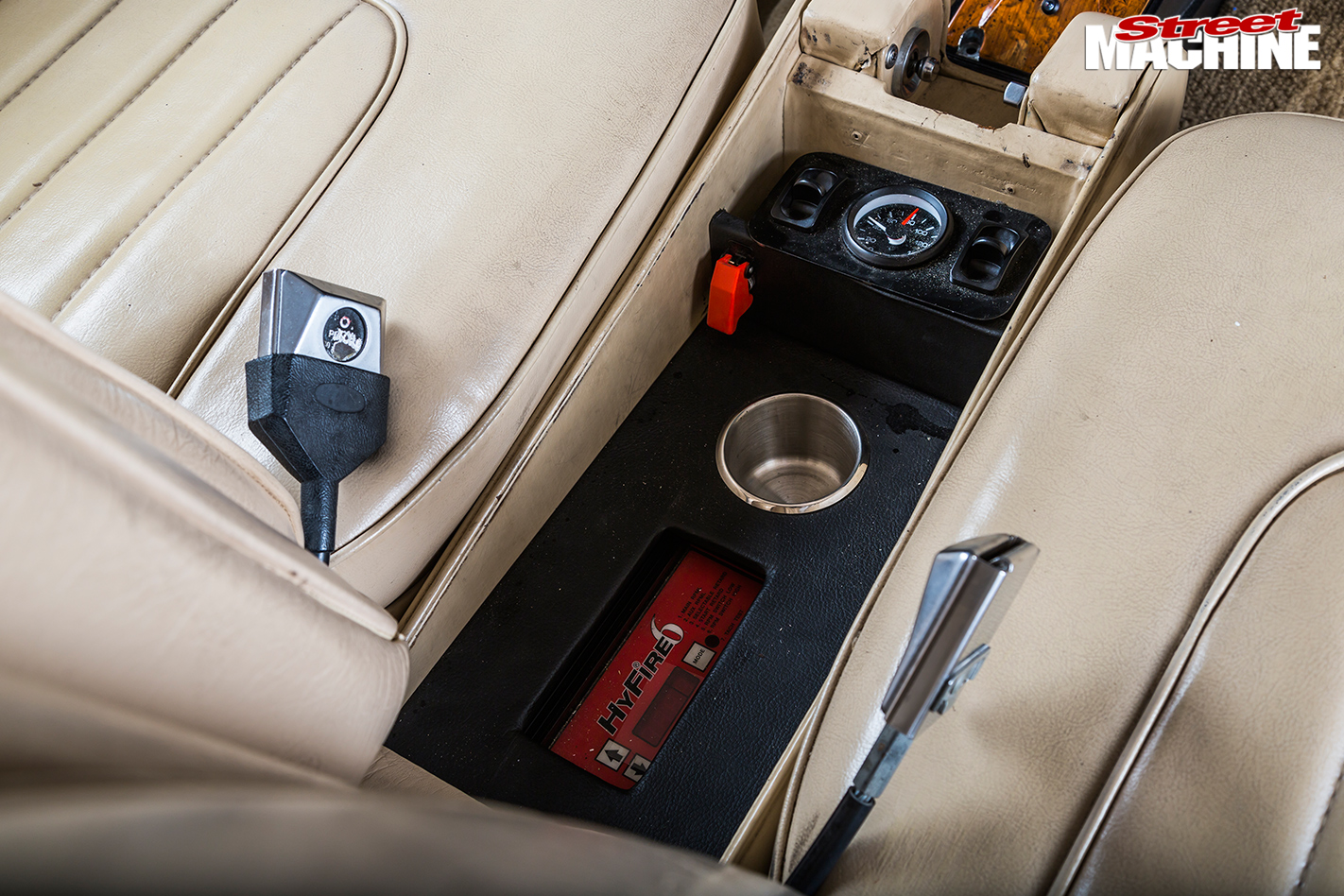 Ben loves the shape and personality of the Rolls, so most of his effort was spent on the suspension and driveline, rather than modifying the body and interior. Having been kept classy for weddings, both were in terrific – but not perfect – condition. 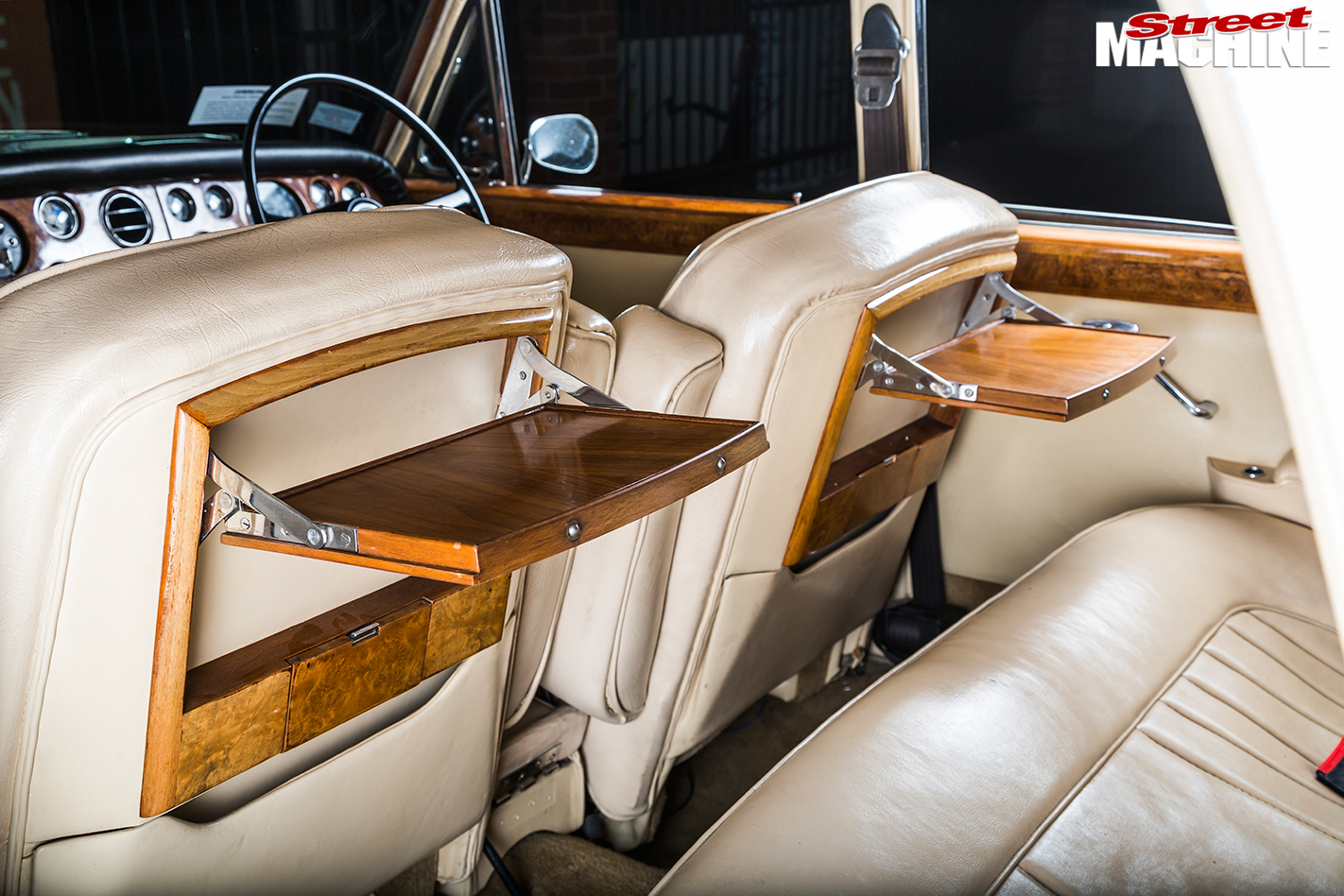 “They’re a very well-built car,” Ben says of his luxury icon, before pointing out a few features that helped make the Silver Shadow ‘The Best Car In The World’ in the 1960s. 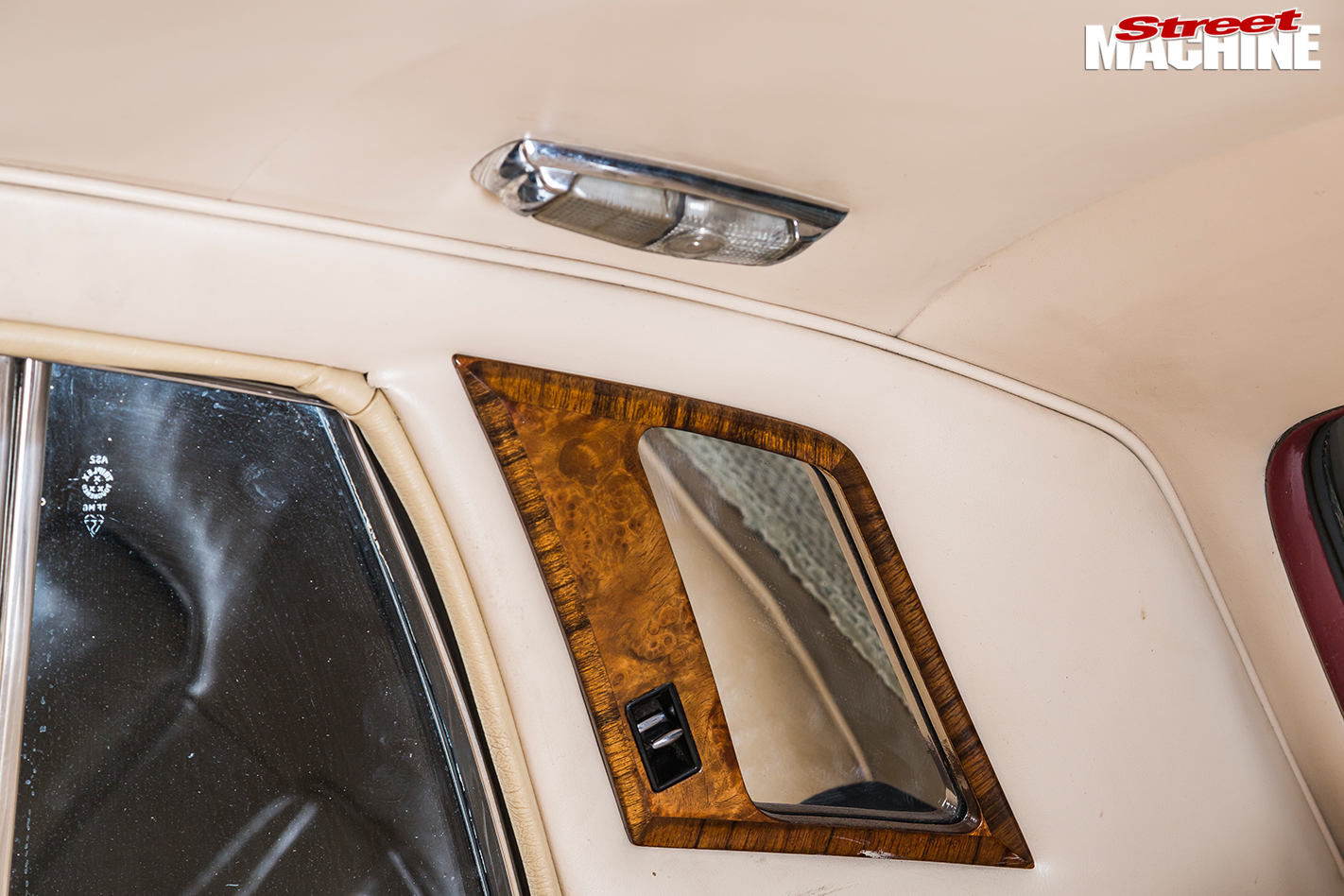 “People reckon I’ve shaved the gutters from the turret – but I haven’t,” he explains. “It’s standard. They’re very subtle along the edge of the roof. The flip-forward bonnet is standard, too.” But not the reverse-cowl bonnet scoop!

What Ben did manage to shave from the car with his modifications was weight: “I chopped out about 300kg; it’s only 1960kg now,” he says. 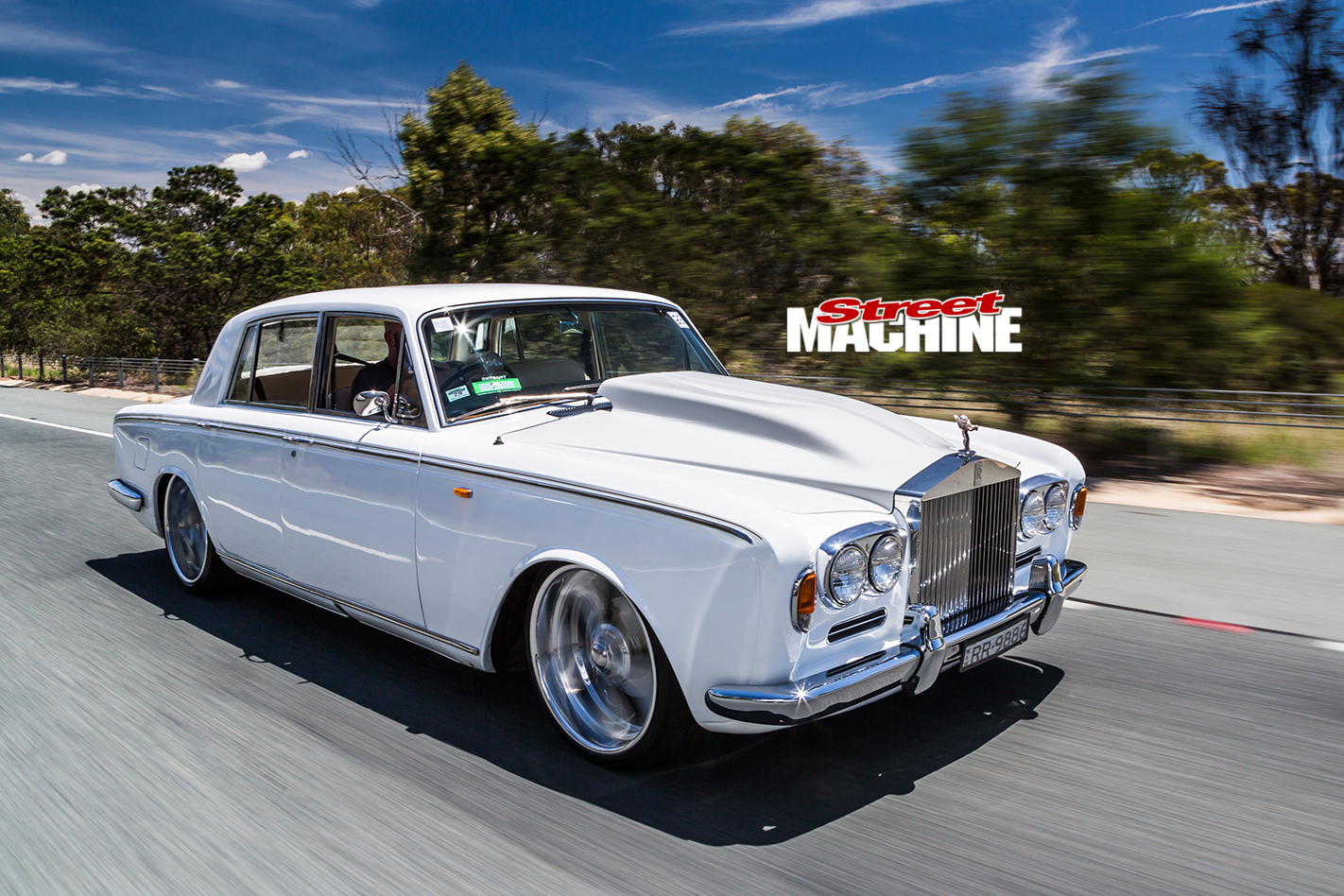 Ben mentions other aspects of this Rolls-Royce’s heritage that would strengthen its collectors’ appeal – if it was still original! “It was the first Silver Shadow delivered to Australia,” he says. “It was the sixth ever built – real early. It was shown at both the Melbourne and Sydney Motor Shows in 1965. 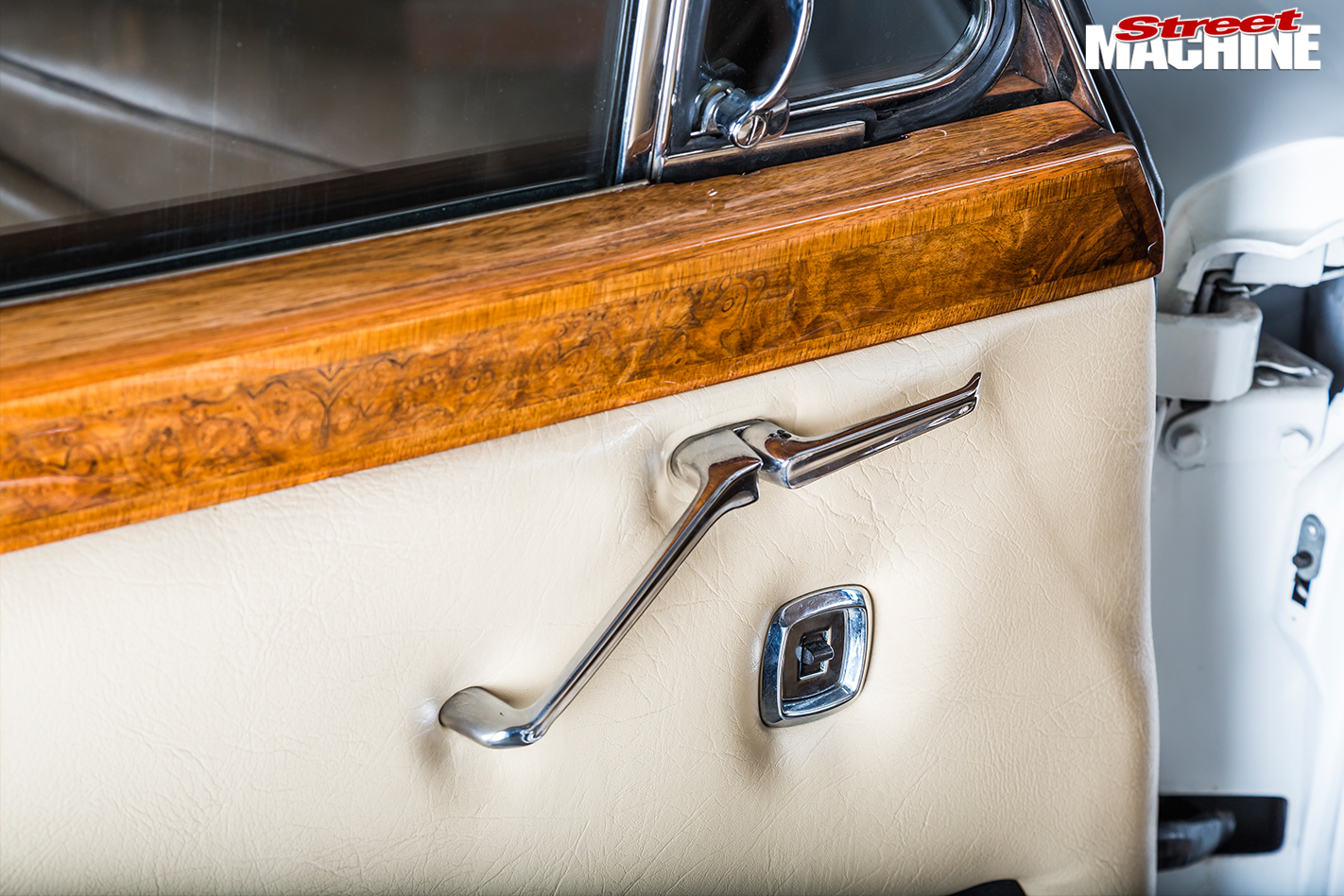 “Originally it was grey with a green interior, and it was used for government duties in Melbourne until 1968. When new, it cost more than the average Sydney house. 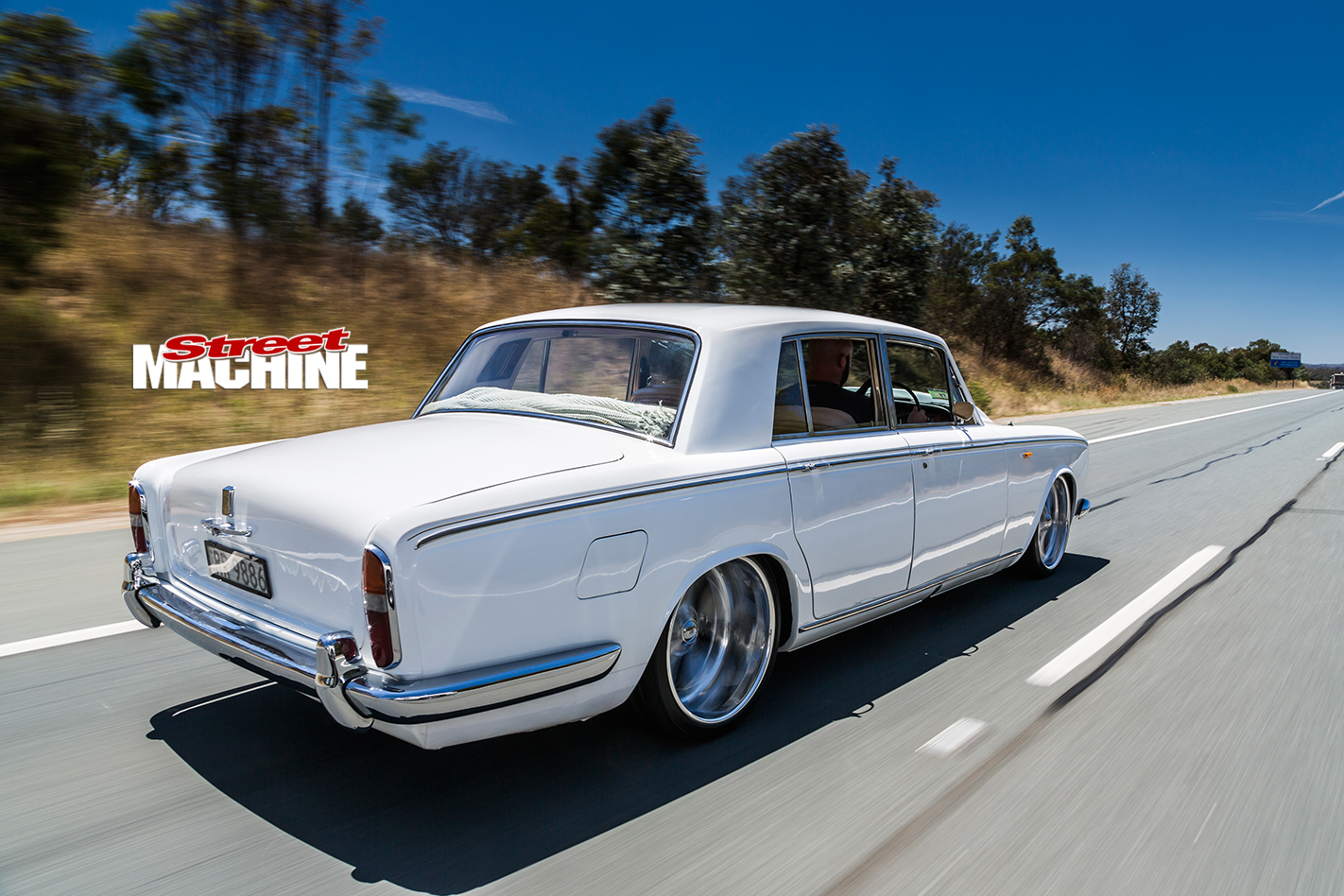 With its early build number, and government and wedding work in its past repertoire, it’s clear this particular Rolls has what some stodgy automotive historians would call provenance. But for Ben, its past roles pale compared to the simple honour of being a family cruiser for him, his wife Bec and kids Enzo and Jack. 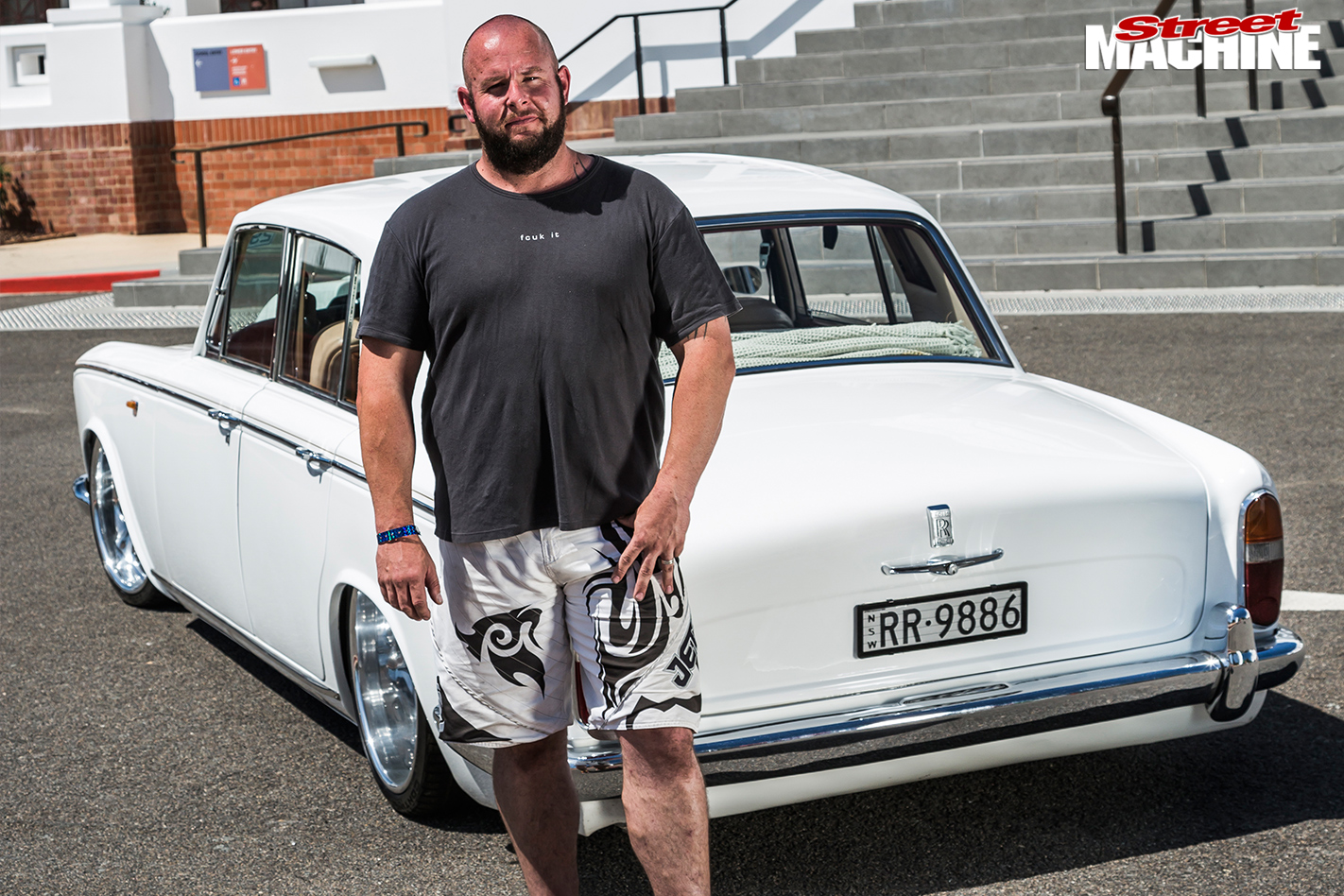 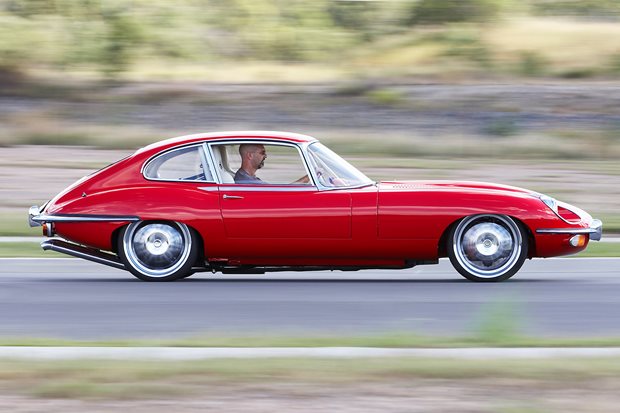 We look back to 2010 at a classic Brit that's no ordinary Jaguar. With a twin-turbo Chev LS2 heart, this 1970 E-Type goes like a scalded cat 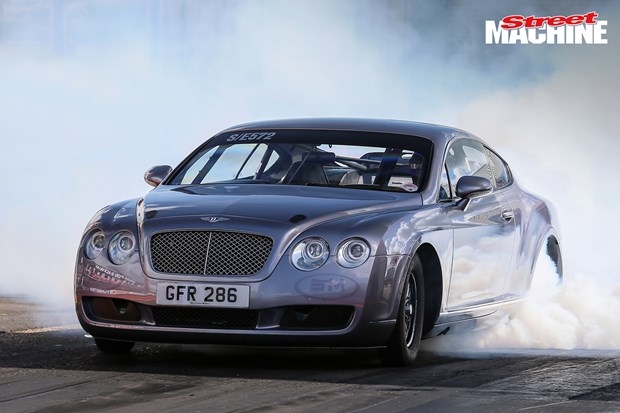