RENAULT isn’t due to officially launch the 2018 Megane RS until September at the Frankfurt Motor Show, but the highly anticipated hot-hatch will make its public debut at this weekend’s Monaco Formula 1 Grand Prix in what is becoming a tradition for the French carmaker.

The Megane RS follows other hi-po Renaults shown off for the first time at the Principality’s iconic street circuit, though it will mark the first time Renault has revealed a production car to the Monegasque crowd.

Take a look back at the other Renaults that made their debut at Monaco:

Renault wowed spectators at the Circuit de Monaco in 2012 when its 295kW tribute to the legendary Alpine A110 Berlinette hit the track to celebrate the performance sub-brand’s 50th anniversary.

It sported a 3.5-litre V6, mounted in the middle of its Megane Trophy racing chassis and echoed Renault’s strong Formula 1 presence with a paddle-shift gearbox and racing aerodynamics, including a huge rear spoiler that wasn’t just for show. 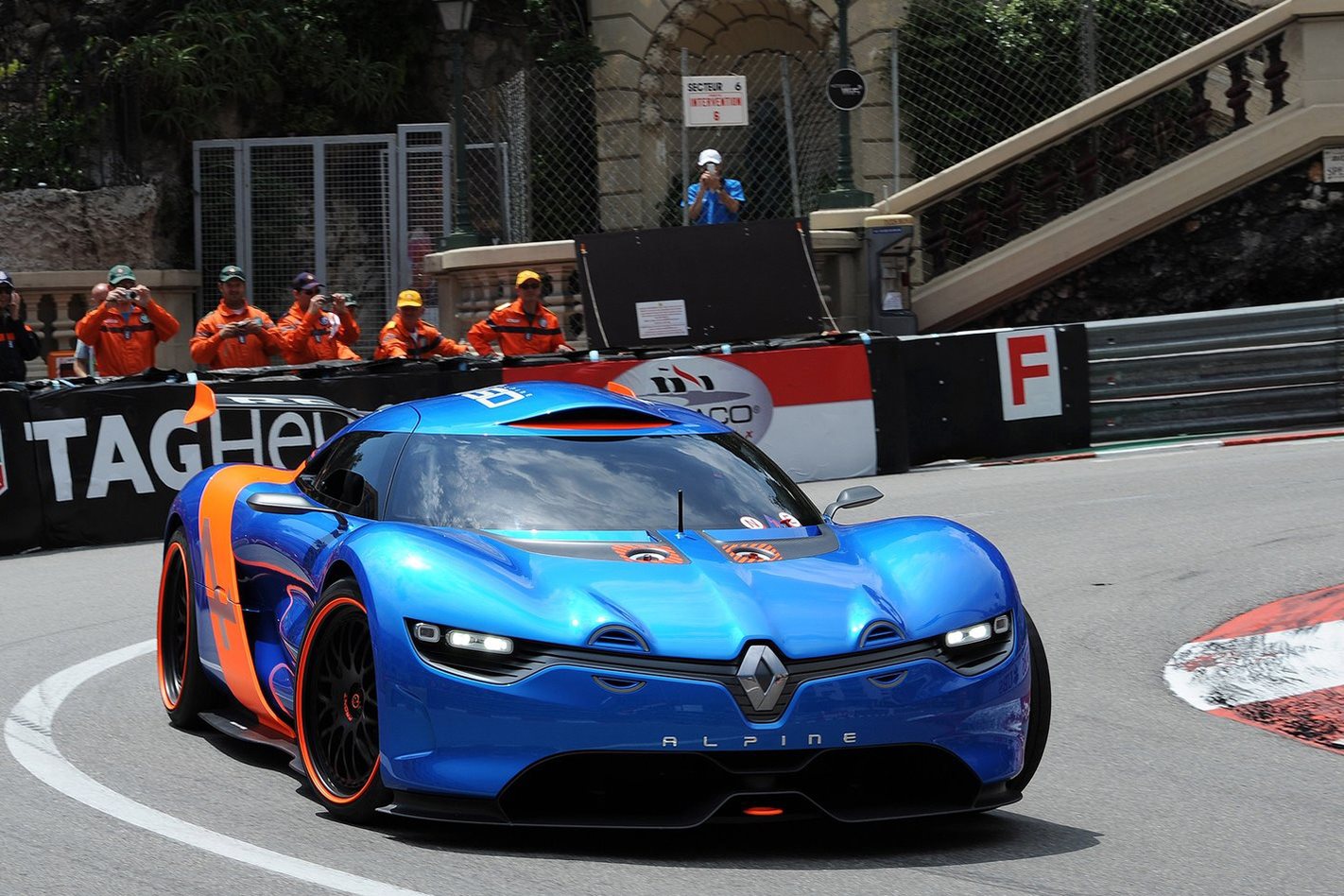 Sadly, nothing became of the A110-50, though Renault did release another Berlinette inspired concept four years later, the Alpine Vision, which spawned an all-new Alpine A110 production model that debuted at the Geneva Motor Show earlier this year.

Apparently buoyed by the reception the Alpine A110-50 received at Monte Carlo, Renault sent another concept a year later in the form of the much smaller, but almost as powerful, Twin’Run city car in newly hotted-up form.

Proving that great things come in small packages the oddly-named Twin’Run managed to house a 236kW 3.5-litre V6 engine mated to a six-speed sequential gearbox in its tiny carbonfibre body.

Paying homage to the Renault R5 Turbo and Clio V6 the Gallic pocket rocket was underpinned by a motorsport-derived tubular chassis which kept the power-to-weight ratio low enough to achieve 0-100km/h in 4.5 seconds. 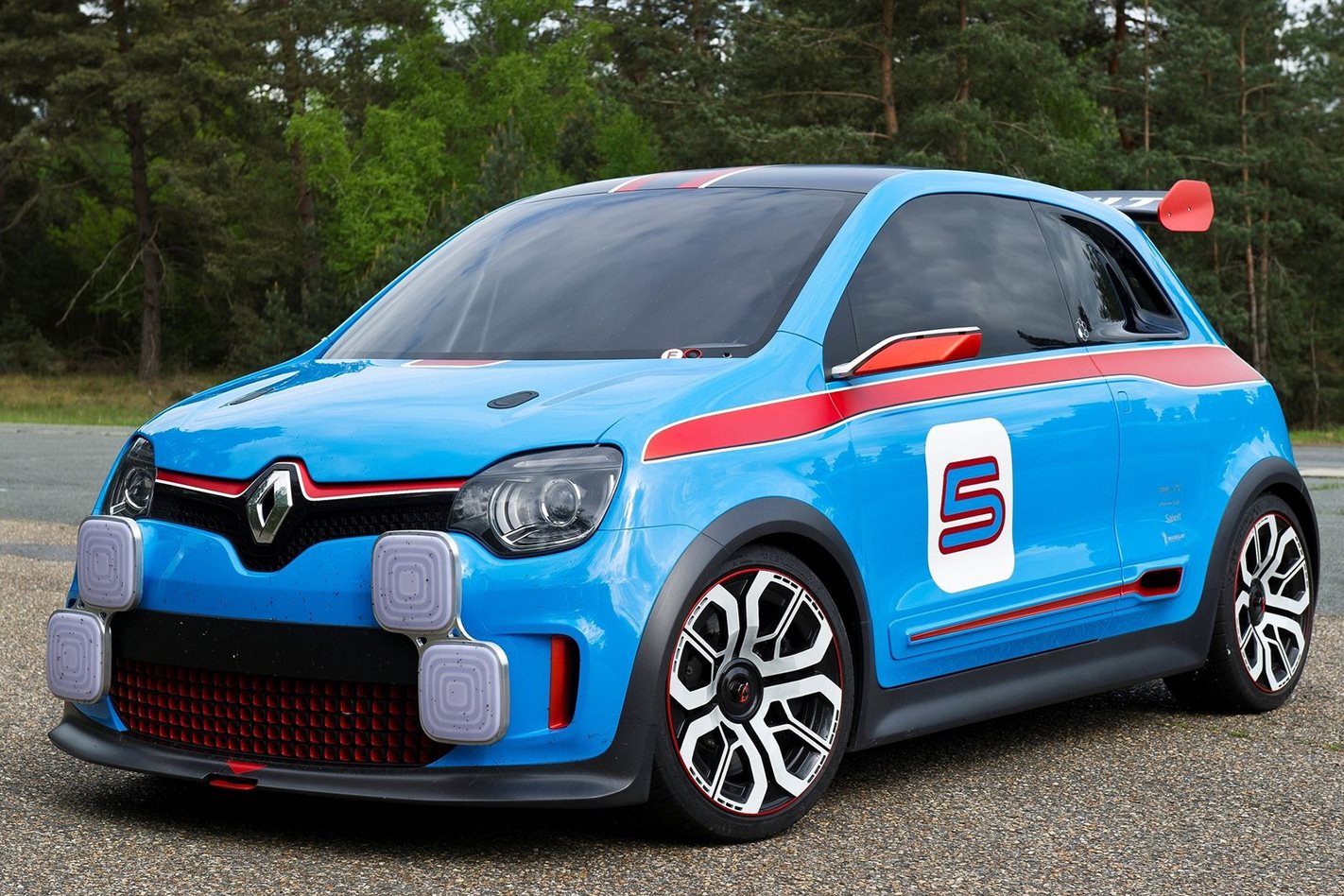 Last year’s Monaco Grand Prix saw the global debut of Renault’s Clio RS.16 concept, which was developed to showcase RenaultSport’s expertise and inventiveness when given a blank canvas.

That said, it still would have taken some effort to shoehorn the Megane RS 275’s 205kW/360Nm 2.0-litre Trophy-R powertrain and cooling system into the diminutive Clio chassis. Predictably, their efforts didn’t make their way to a production version. The latest Clio RS instead makes do with a 1.6-litre turbocharged donk, with 149kW and 164kW options. 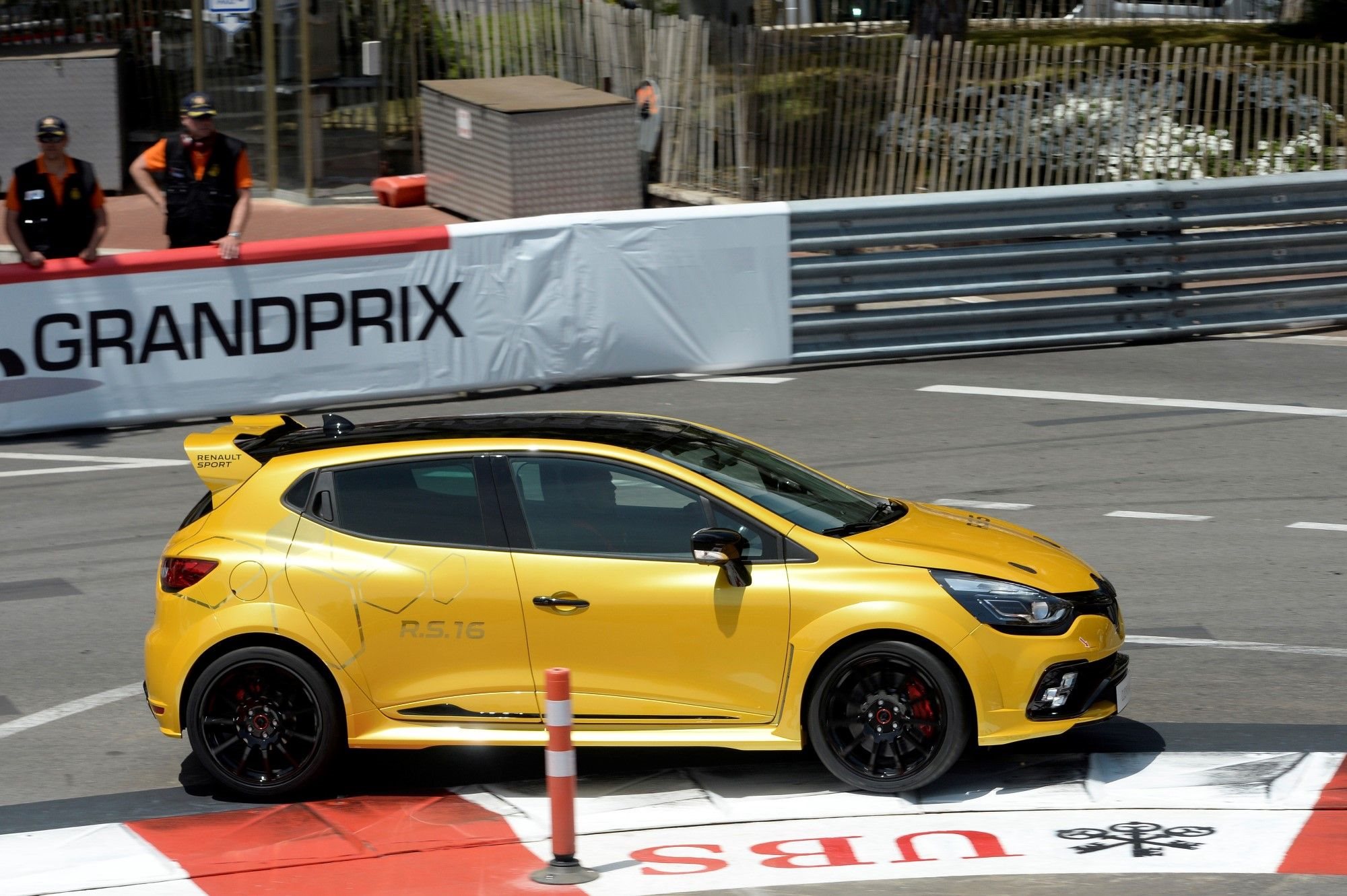 Which brings us to Renault’s latest production hot hatch, which is expected be front-wheel drive but with four-wheel steering and powered by a highly tuned version of Renault’s 2.0-litre turbo engine set to deliver more than 220kW – about 20kW more than today’s RS 275. 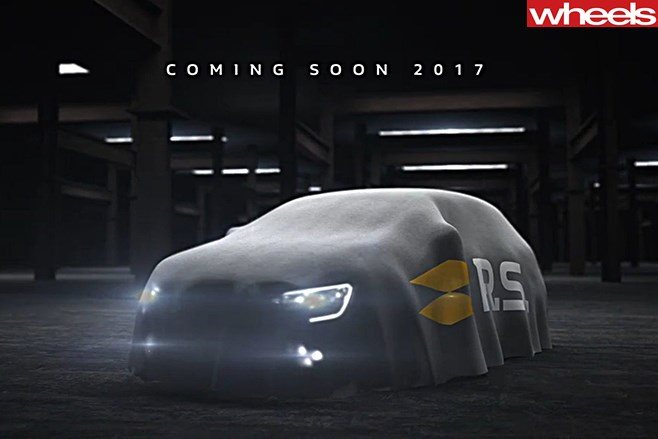 It will lap the Circuit de Monaco on Friday adorned in RenaultSport yellow with Renault F1 driver Nico Hülkenberg behind the wheel.