Eight-gun salute: How the Porsche 928 came to be

Impossible to believe now, after building over one million 911s, but in 1969 Porsche management estimated the 911 would only realistically survive until 1974

Weissach, under R&D boss Helmut Bott, had begun researching various technical layouts for a replacement while the 911’s air-cooled engine was believed to be at the end of its life. Every possible layout was considered.

With the end in sight for the original air-cooled Beetle, at least in Europe, front-wheel drive was the obvious choice for small cars, while a mid-engine design seemed most appropriate for sports cars.

Finally, on October 21, 1971 Dr Ernst Fuhrmann, who’d taken over as Porsche boss in 1972, decided the new car should have a water-cooled front engine, probably a V8, and a rear-mounted gearbox to give near-perfect weight distribution. It was, therefore, that rarity among cars: a totally new model, owing nothing to those that had gone before. 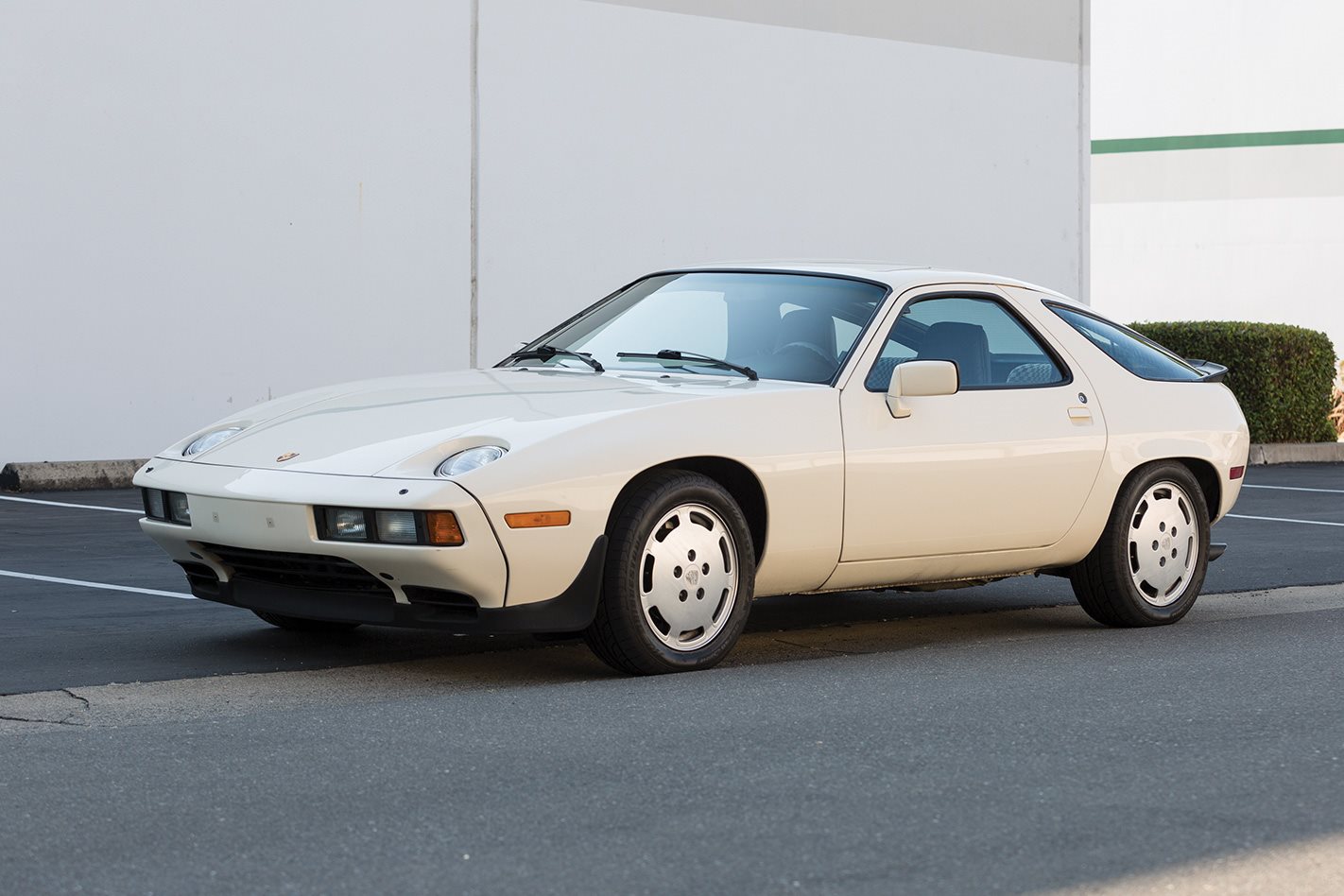 In late 1995, with photographer Tim Wren, I fronted up to Zuffenhausen to commemorate the end of the 928. We wanted to spend wheel time in one of the very last cars, mainly for photographic purposes, but more importantly to meet designer Wolfgang Mobius and modeller Peter Reisinger to learn more of the creation of the 928.

Read next: The Porsche 911 that launched an all-wheel drive revolution

I knew part of the story from Chuck Jordan, the American design boss who, in 1968, headed Opel design and later became GM’s vice-president of design. Latvian-born Anatole ‘Tony’ Lapine, who’d worked on various Corvettes (including serving as studio engineer on the 1963 Sting Ray) was on assignment to Opel. By chance, the urbane, multilingual Lapine met some of the Porsche family. He suggested they might like to see the new Opel design studio. Jordan remembered Ferdinand Piech, FA ‘Butzi’ Porsche and Ferry Porsche arrived in a huge Pontiac station wagon.

“We thought it would be good for motivation,” remembered Jordan. “It was a great honour for us.”

He wasn’t so pleased when, within months, Lapine – with designers Dick Soderburg and Mobius, plus Reisinger and engineer Jurgen Mayer – all left Opel for Porsche. These men were to form the core of the team (with Dutchman Harm Lagaay, who’d come from Ford) that designed the 928 and the 924. 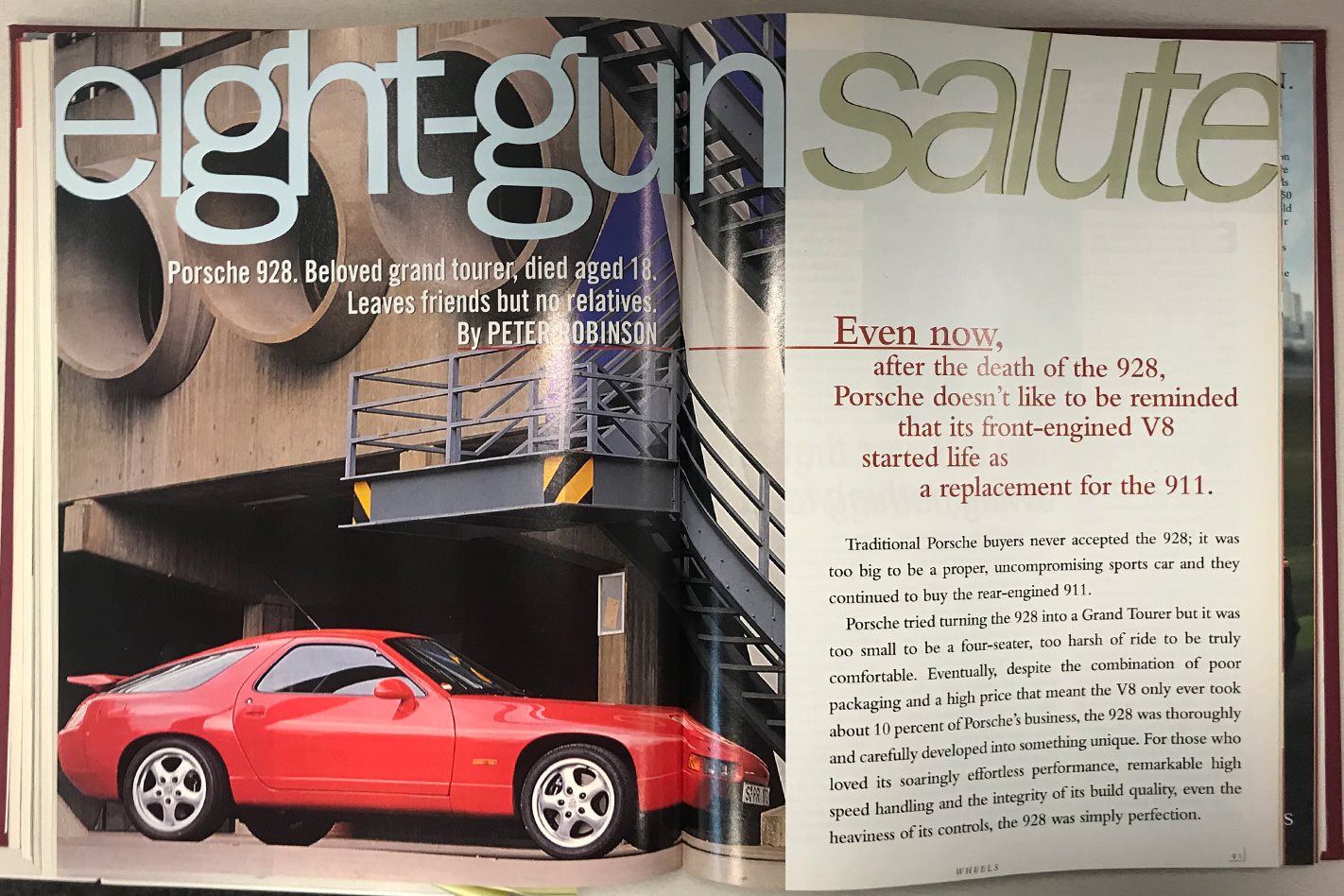 The 928 package called for a car slightly longer and wider than the 911. However, Mobius’ original width proposals were blown out the door when the engineers realised the GM automatic transmission they insisted upon using was going to add considerable width, if the car was to retain two, small rear seats. Eventually the 928 blew out to be 186mm wider than the 911. Mobius’ job was to disguise this width. By giving the new design extreme taper at both ends, Mobius managed to hide the length of the overhangs.

“I think it looks better today than it did 18 years ago,” Mobius told me. “It may have been too far-out; it wasn’t easy to understand initially.”

On this visit Porsche refused to provide an end-of-production date. Only months later did the press department admit the last car (of just 61,056) was built on July 26, 1995, four months before our visit.

Read next: Michael Stahl: Waking up in Porsche paradise 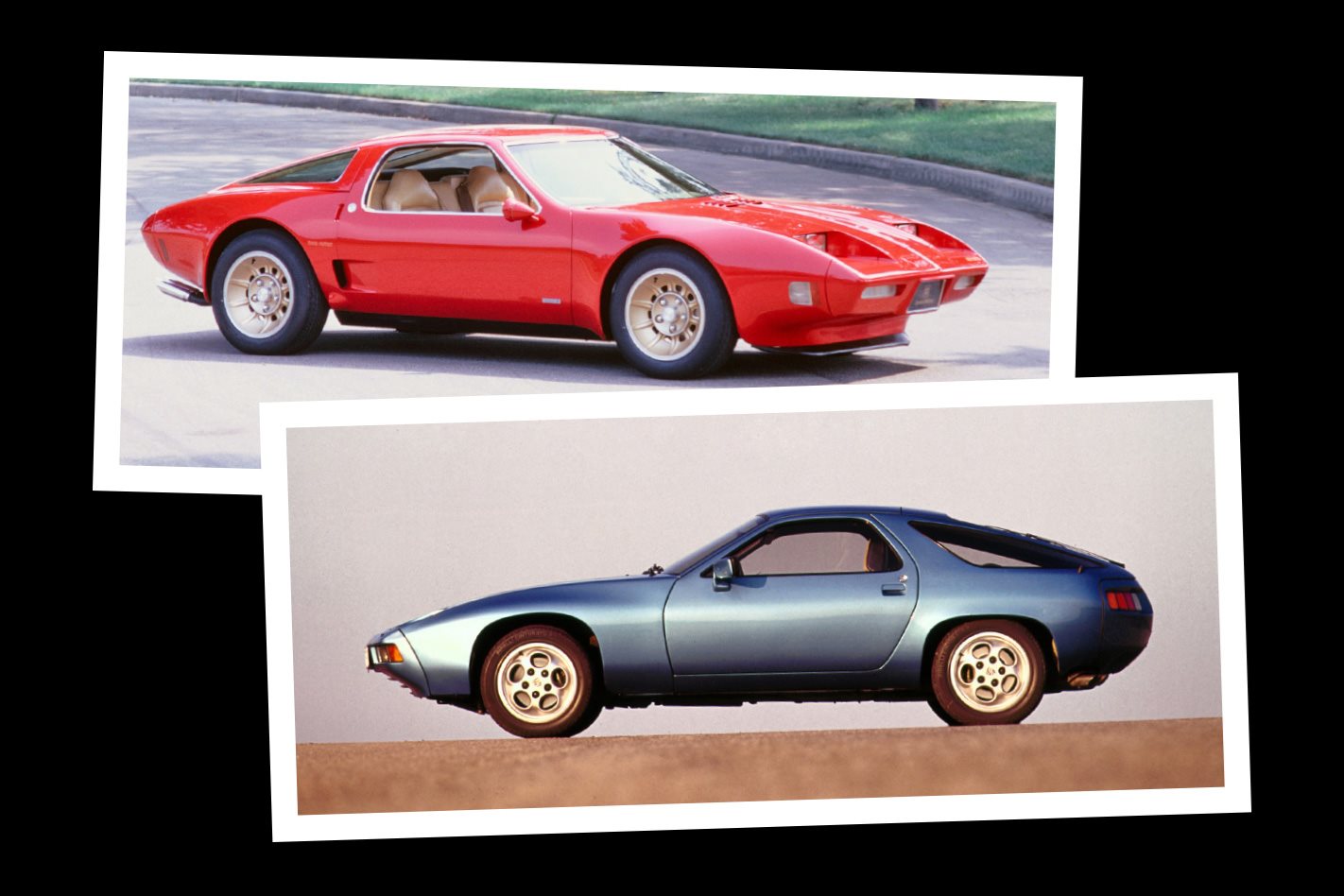 How many people today realise there is a design link between the 928 and the still-born 1973 two- and four-rotor Chevrolet Corvette concept cars? The Corvettes, built by Pininfarina on Porsche 914 chassis, were designed to a large extent by Tony Lapine before he was poached by Porsche, and share many of the same design elements as the 928. Soft corners, a wide B-pillar, even the overall shape of the doors, and the proportions, all look 928-ish.