Since the middle of last century, many manufacturers have dabbled with rotary engines.

However, while most gave up at the prototype or concept stage, Mazda has been the only one to persist with the fickle technology – and successfully too.

To celebrate the 50th anniversary of Mazda’s unorthodox powerplant we’re delving deep into the Wheels Archive and digging up our past coverage of Mazda’s rotary-engined heroes. To kick it off, here’s our retrospective on the car that started Mazda’s long-running relationship with the rotary – the Mazda Cosmo 110S of 1967. First published in the January 2010 issue of Wheels Magazine, Australia’s most experienced and most trusted car magazine since 1953.

What was the world’s first rotary-engined production car?

Poindexter-points for naming the NSU Wankel Spider of 1964-’67.

The pretty, tail-finned two-seat roadster had a 498cc single-rotor engine that required inordinate attention and vibrated horribly at low revs.

As for the world’s first production two-rotor car – NSU nerds, sit down. With its May 30 1967 launch, the Mazda Cosmo Sport beat the NSU Ro80 sedan to market by just over three months. 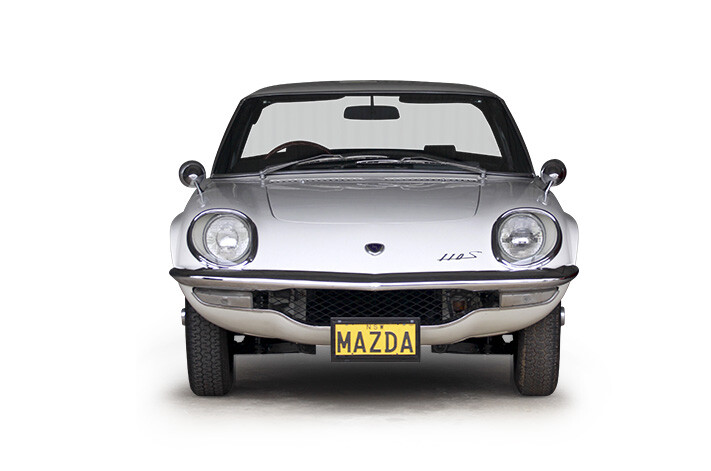 Indeed, NSU’s rush to be first contributed to the costly engine failures that killed the company.

NSU had signed a technical agreement with Dr Felix Wankel in 1951; the KKM (kreiskolbenmotor) rotary engine, forerunner of today’s design, appeared in 1958. Two years later, Mazda president (and son of the company’s founder) Tsuneji Matsuda received a letter from a German engineer friend, urging him to look into this “epoch-making invention”.

Matsuda soon learned that more than 100 other companies were already knocking on NSU’s door; 34 of them Japanese. High-level schmoozing from Germany’s ambassador to Japan got Mazda to the contract table.

Mazda soon ditched the “unstable” single-rotor and by July 1963, had running prototypes of a 798cc, two-rotor L8A engine. Twelve months later, this had evolved into a prototype side/peripheral-port 10A (982cc). And a sexy little concept coupe in which to show it at the September 1964 Tokyo motor show.

Mazda’s development would now embrace not only the production ‘0810’ 10A rotary engine, but its host coupe.

Matsuda presciently had 80 examples built in 1965-’66, specifically for real-world testing. Sixty of them went through the hands of more than 1000 customers. 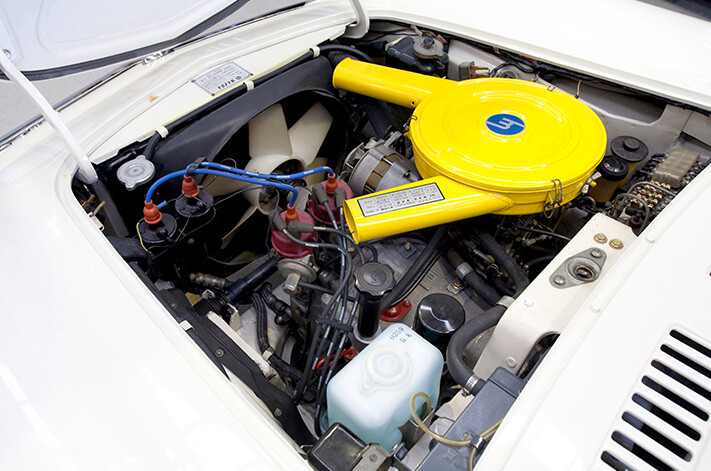 The 10A engine had a four-barrel, two-stage Zenith-Stromberg carburettor and claimed 82kW at a lofty 7000rpm and 130Nm at 3500rpm.

Weighing 940kg, and powering through a four-speed gearbox, the Cosmo Sport would get from 0-100km/h in 8.8 seconds and cover the standing 400m in 16.3 seconds; figures that put it on a par with another famous Mazda two-seater that would follow two decades later.