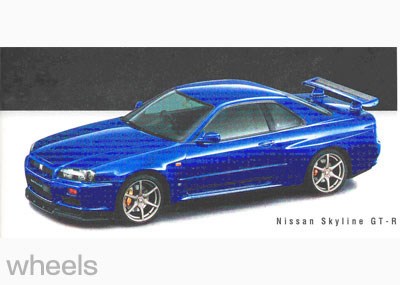 Nissan raises the game on all fronts.

Super sophisticated and devastatingly fast, the new Nissan Skyline GT -R has just broken cover overnight, Tokyo has itself a new performance hero. The brutal-looking R34 Skyline GT-R, Nissan has raised the game all round.

Yes, Godzilla is even faster than before, both on more or less unchanged, Nissan has shortened the straight and through the curvy bits. Nissan officially is quoting 13.8sec for 0-400m, compared to 14.1sec for the R33, but both times are surely conservative. With more grunt and grip, the new Godzilla is on line to do 13.5sec, say Japanese media who know, while it also has the ability to lap the Nurburgring Nordschleilfe 30 seconds quicker than the R33 - the first production car to break eight minutes, despite having ostensibly the same power and weight.

The starting point is the thundering RB26DETT 2.6 litre 24-valve twin turbo straight six which still produces the same published 211kW at 6800rpm as before. But torque now bumps up 24.5Nm to a monster wide peak of 392Nm at 4400rpm. Each turbo's main shaft spins on low-friction roller-bearings for sharper boost-up to improve throttle response. Redline hovers at around 8000rpm.

Next comes a new close-ratio Getrag six-speed manual box. To put all this power and torque down the road, the R34 GT-R rolls on new 18in lightweight alloys wearing 245/40ZR Bridgestone RE040s while the muscular two-door 4600mm body with those outrageous wheel arch extensions has double the torsional rigidity of the R33.

Although kerb weight of 1540-1560kg stays more or less unchanged, Nissan has shortened Godzilla by 75mm to make it more manoeuvrable and the compact 2665mm platform is 55mm shorter than R33's; width creeps up 5mm to 1785mm. Height stays at 1360mm.

Alas, the bluff front end of the new GT-R will not go down as one of the more graceful in the business. Nissan, on the other hand, has spent a lot of time improving aerodynamics both over and under the car. On the top-spec edition called V Spec, you get twin underbody diffusers (front and rear). Race technology has also been applied to the GT-R's twin, variable-blade rear spoiler to improve high-speed stability.

Inside, the R34 GT -R is totally businesslike with simple dashboard and a set of conventional analogue instruments.

Exports, if they happen, will likely go in very limited numbers to the UK and Oz. 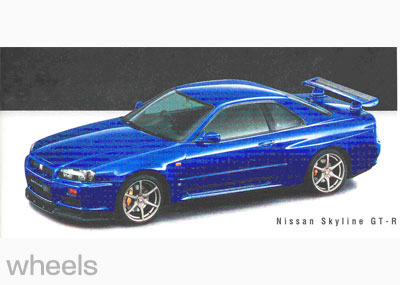 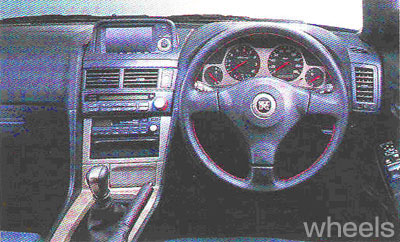 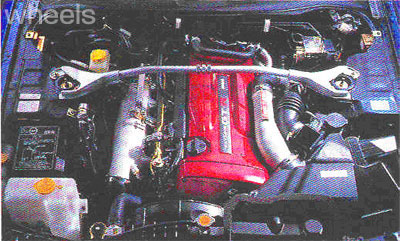