FOR MANY diehard Porsche 911 fans, the final air-cooled 993 was the ultimate incarnation of an iconic model, with looks that continue to get prettier with age and an unmistakable flat-six note, but North American 911 restorer Gunther Werks has gilded the lily.

Making its debut at the 2017 Quail Motorsports Gathering, the new 400R is the product of a 993 911 donor car that has been put through a rigorous process of restoration, remanufacturing and modification at the hands of the independent specialist.

None of the 993’s original aesthetic charm has been lost in the transformation with the unmistakable proportions and jaw-dropping design retained, but scratch the flawless paintwork and it is a different story underneath. 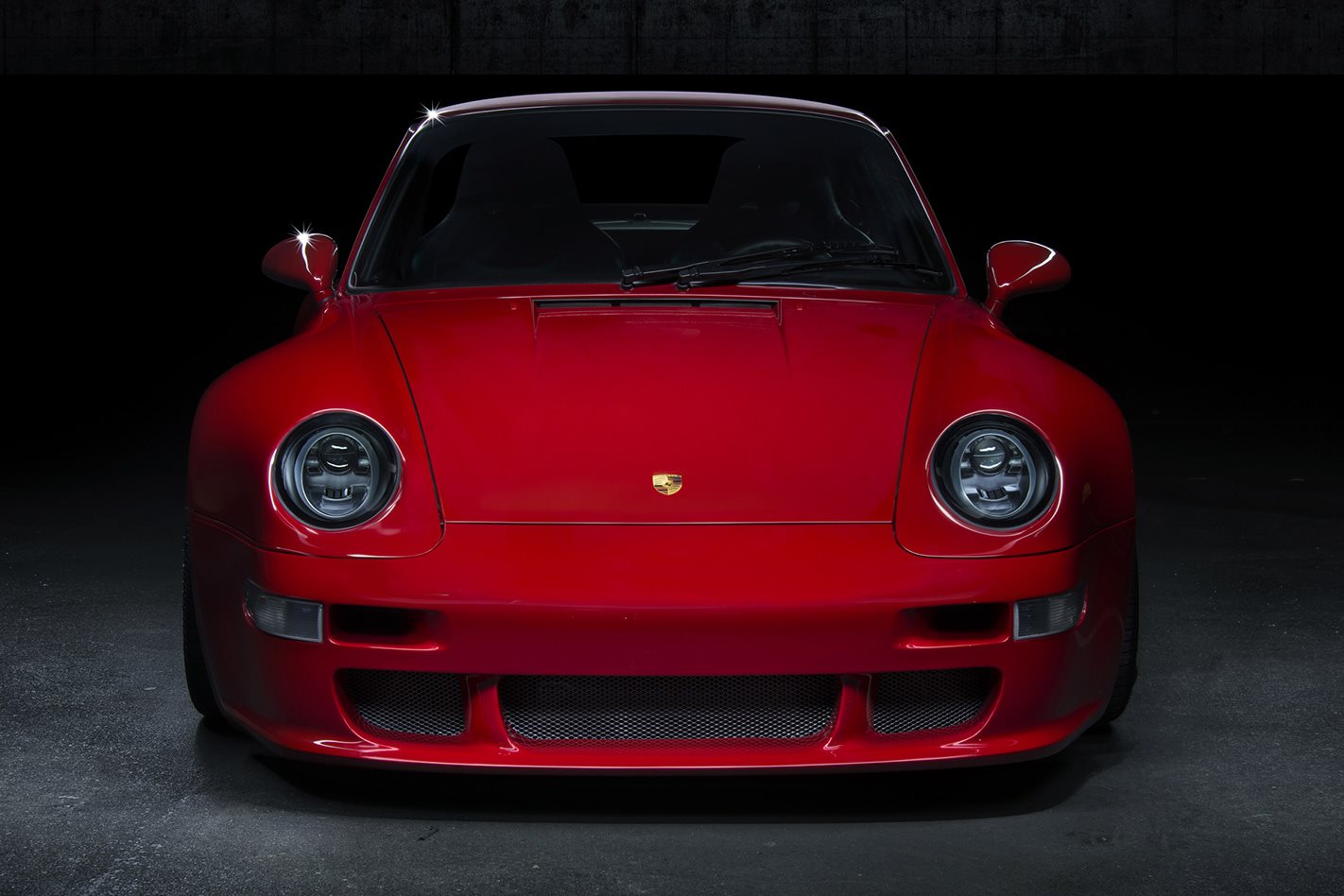 The 400R’s panels, including deck lid, spoiler, and roof, are made in-house from carbonfibre in the pursuit of weight reduction and performance enhancement. Compared with the original factory cars, Gunther Werks versions are lighter, stiffer and stronger.

More carbonfibre features on the inside for the pair of front racing seats, handbrake and the bespoke panel that covers the area where the rear seats have been deleted. As an option, customers can also specify a special carbonfibre lithium battery that weighs just 1.9kg and saves 13kg over a standard lead acid version. 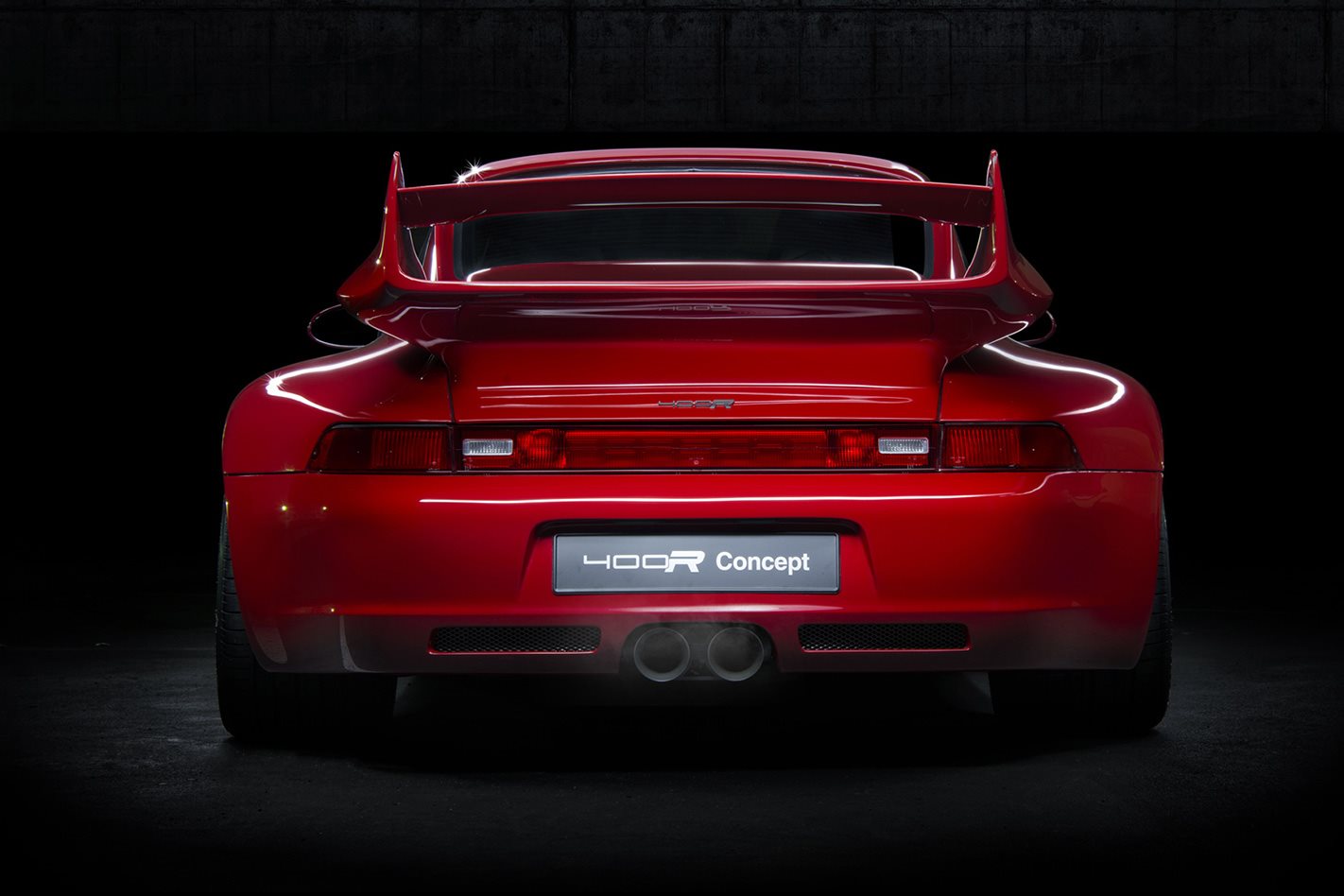 For the chassis, Gunther Werks took possibly the most desirable 993 – the ultra-rare and highly potent 993 GT2 – as the inspiration for its suspension, which the company says is almost identical in its car. 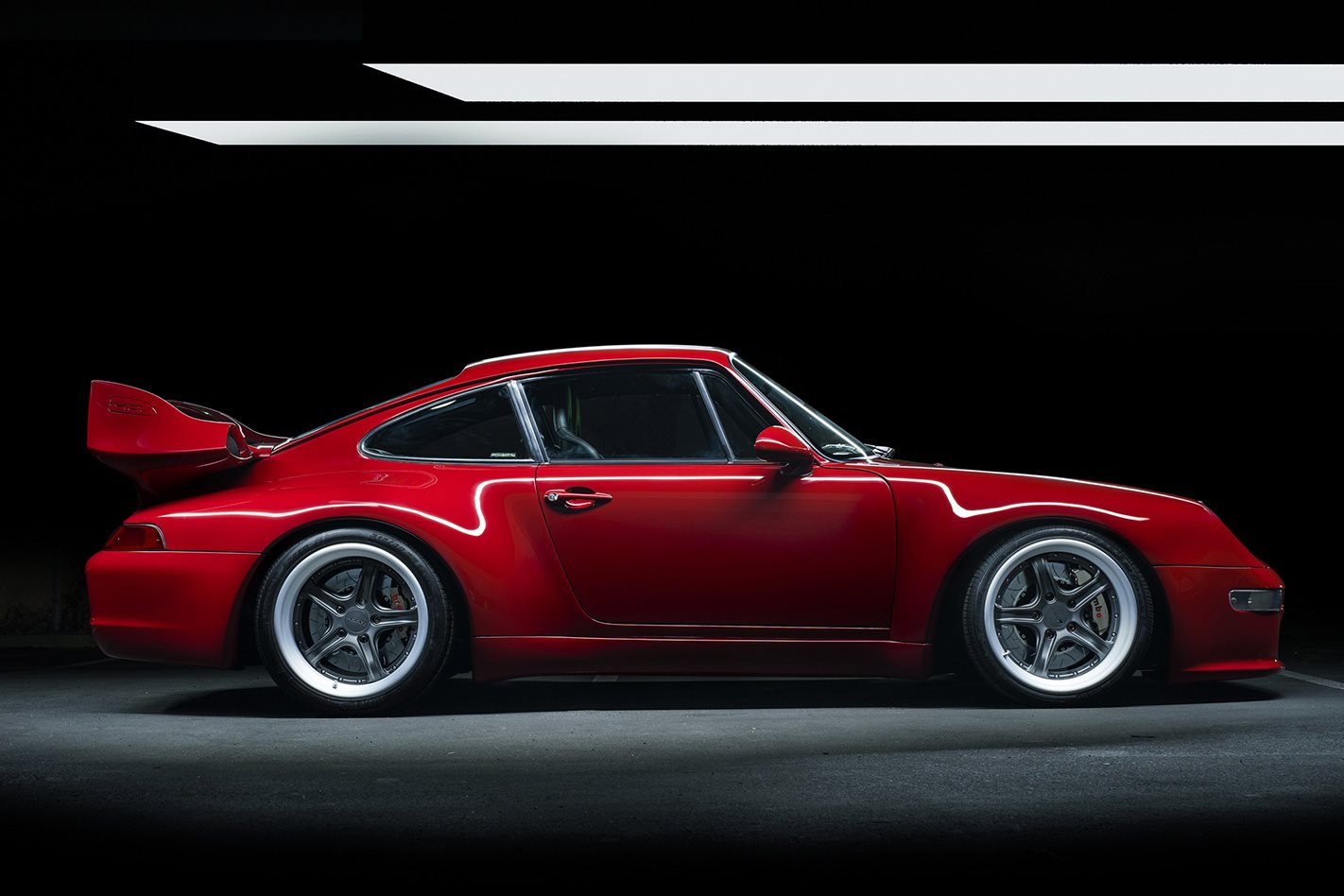 As you might expect from a vehicle that has been so comprehensively enhanced while remaining honest to the original, the engine is no exception.

In its tail, the 400R still packs the air-cooled flat six with natural aspiration that was fitted to sub-turbo variants, but for the modern interpretation virtually every component has been redesigned, modified or blueprinted by Rothsport. 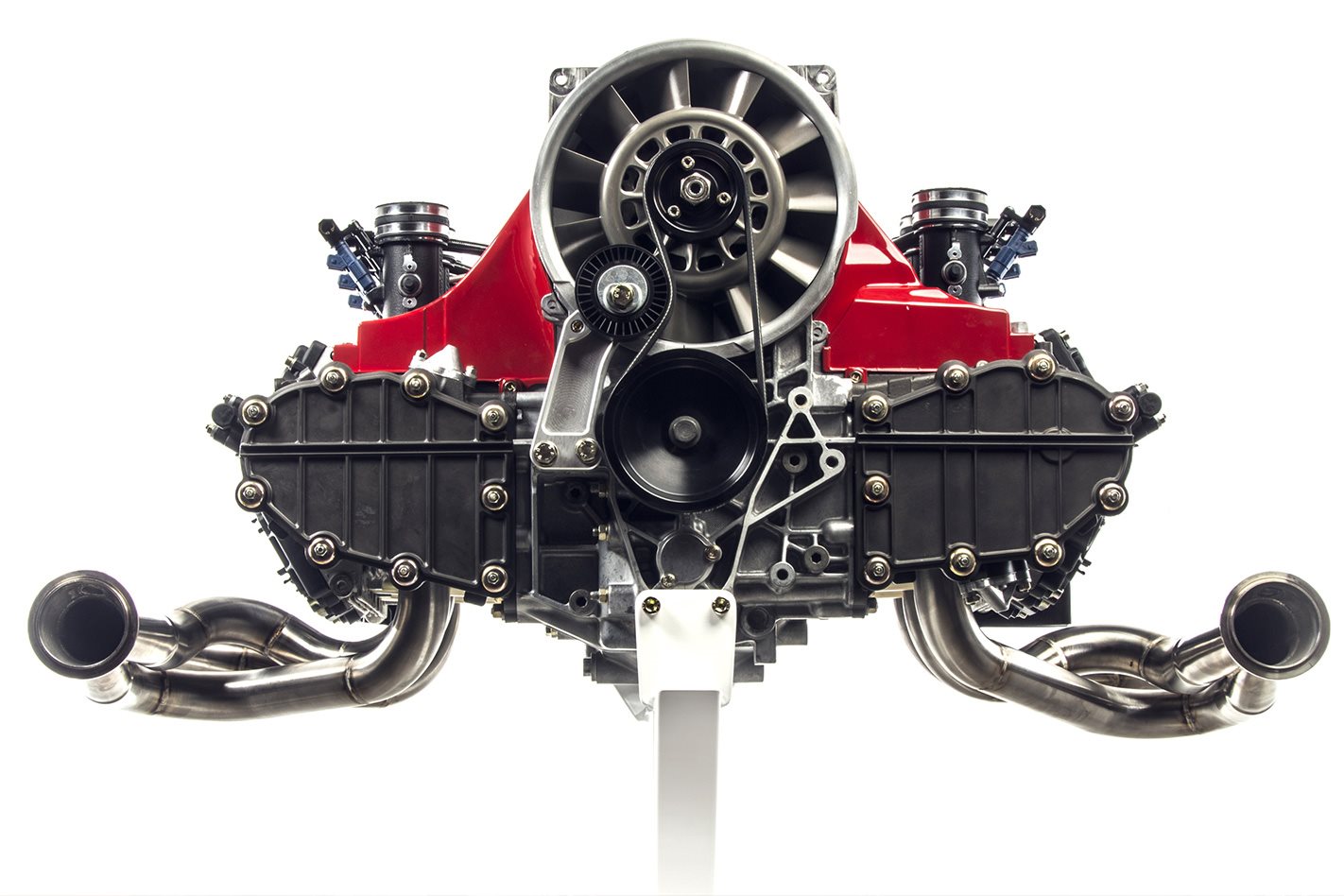 Capacity is up to 4.0-litres from 3.6L, the crankshaft is swapped out for a billet crank, as are the conrods, pistons are forged by Mahle, ignition is provided by coil-over twin spark plugs, while the induction is handled by individual throttle bodies and a carbonfibre airbox.

The result is 298kW and 447Nm with a 7800rpm redline, which doubtless sounds heavenly when paired with the optional titanium exhaust and electrically operated valves. 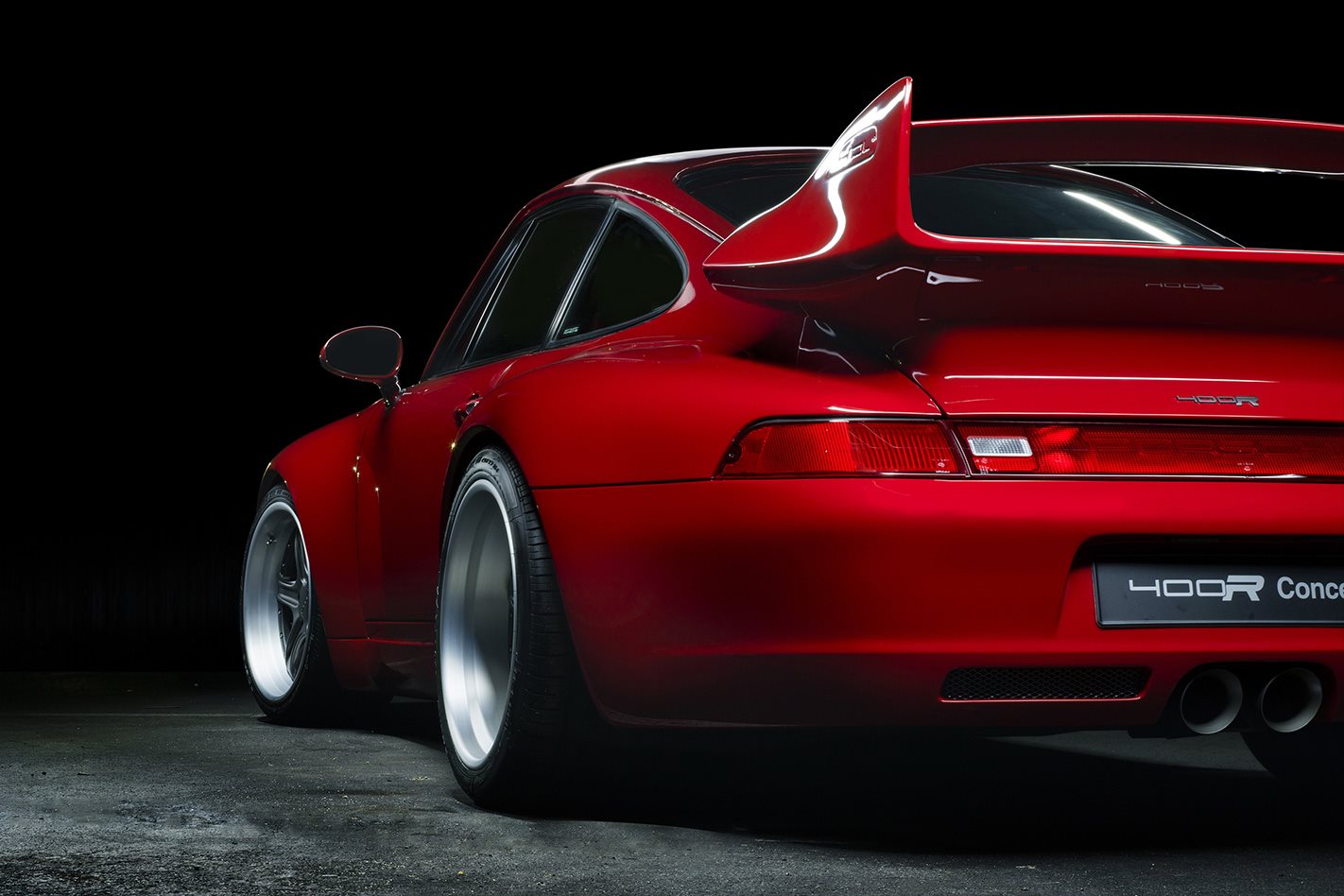 The original Getrag G50 five-speed manual gearbox also gets a complete pull-down and rebuild with new components and an uprated clutch, bolted to single-mass lightened flywheel.

Perfection comes at a price though and customers will have to find $US525,000 ($A660,000) plus a donor car, and will need to act fast to avoid disappointment with production limited to just 25. 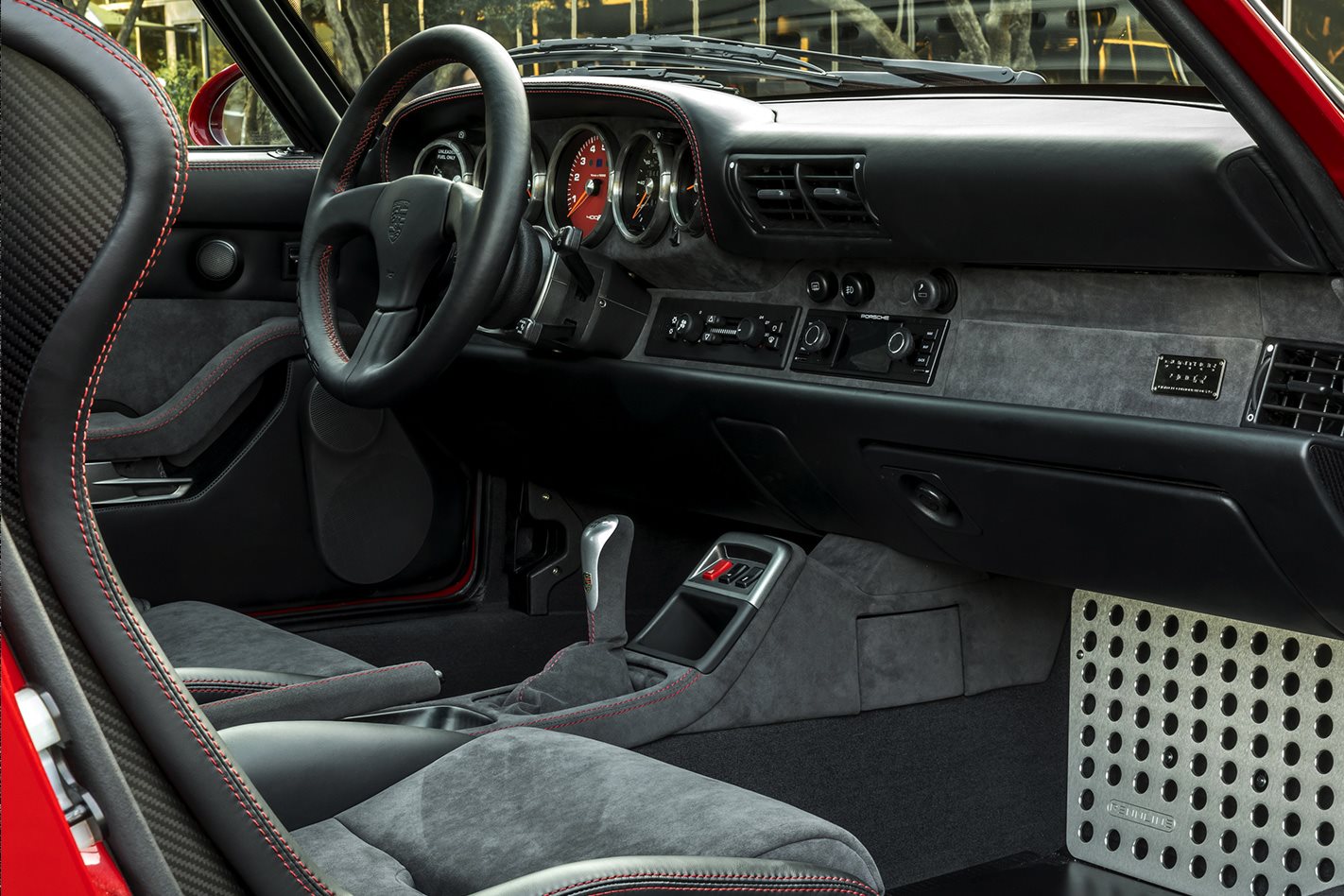 When the time comes, those on the list will be taken to a Newport Beach resort in California where they will be pampered and spoilt before being presented with a pair of bespoke keys in a wooden case along with matching Conid pen that has been engraved with their vehicle’s build number.

It’s hard to imagine a Porsche more desirable than the Gunther Werks 400R or how you could take such a coveted model and enhance it any further than the tuner is offering, but we think if you could secure one of the manic ground-up designed Singer flat sixes we featured earlier this month, slotted it into the body of a 400R and turned the key, you would experience motoring nirvana.