HOLDEN’S confirmation of a VXR badge for future hot Commodores is the final nail in the coffin of the iconic Commodore SS nameplate which, just like the V8-powered Aussie built Commodore, will be retired with the soon-to-be-replaced VF.

It’s a significant move: the SS badge has earned a fearsome reputation over 45 years of race victories and road tests, but how much do you know about the badge? Do you know its origins? Do you know what SS means?

It’s hard to imagine a Commodore line-up without an SS variant, but it hasn’t always been there. The VB and VC ranges came and went without one, and it was with the VH of 1982 that Holden first stuck an SS badge to a Commodore – though its local origins date back another decade to the 1972 HQ SS. 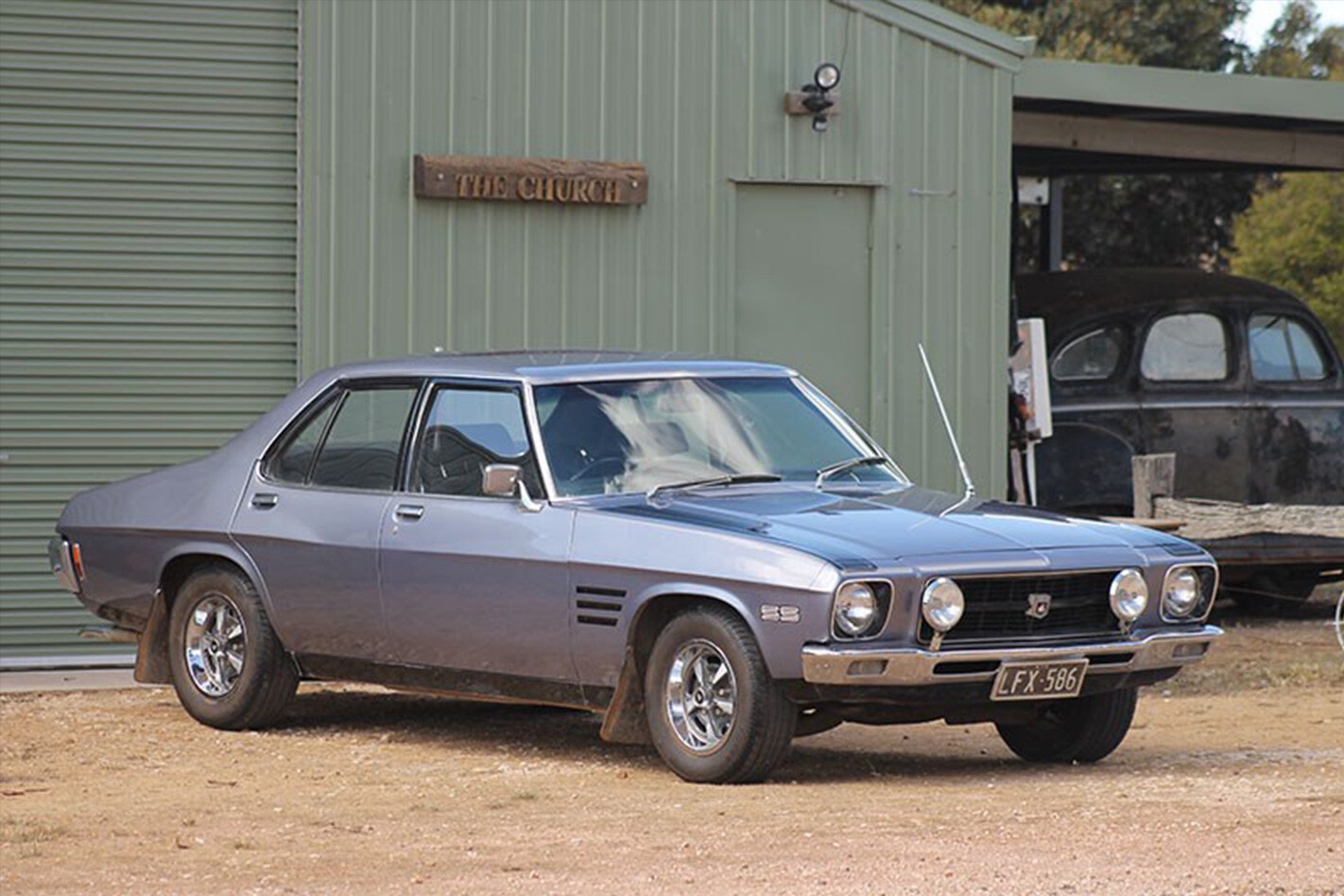 The original SS was essentially a four-door HQ Monaro before such a thing existed (that arrived in 1973). Holden based it on the relatively bare Belmont model to make it more affordable. The SS featured a 253ci (4.2-litre) V8, four-speed transmission and oh-so-‘70s colour choices including Infra Red, Ultra Violet and Lettuce Alone. Holden wanted just $3295 for one at the time, which is $32,665 in modern money.

The SS badge next appeared with the 1976 Holden LX Torana SS and SS A9X, the latter of which was essentially a road-going version of the Group C car driven to a famous Bathurst victory by Peter Brock in 1979. The Torana SS was available with either a 253ci or 308ci V8, or with a 202ci inline six-cylinder, making it one of only three SS-branded Holdens sold with an engine other than a V8 in the badge’s 45 year history. The others are the supercharged VT Commodore SS V6 and the particularly rare VP SS V6 made for Group 3E racing homologation. When Holden introduced SS nomenclature to the VH Commodore, it in fact did not denote the flagship variant, as it has come to mean more recently. A ‘normal’ Commodore SS was basically a taxi with a V8 under the bonnet, which kept it as light as possible for Group C racing homologation.

From that starting point owners could exploit Holden’s tie-up with HDT and upgrade their road car with one of four different packages to make it either a HDT Holden Commodore SS Group One 4.2, Group Two 4.2, Group Two 5.0, or Group Three 5.0 From the VK Commodore onwards things were simplified. There were only two models initially, the SS and the SS Group Three. Development was handled by Peter Brock’s HDT outfit with assembly carried out on the Holden production line. Both models had 5.0-litre V8s up front and a standard LSD in the back. Like every V8 Commodore ever offered the SS had standard power steering and four-wheel disc brakes.

Limited run SS Group A variants of the VK and VL followed, spearheaded once again by Brock, but a nasty divorce between Holden and HDT shortly afterwards changed the trajectory of the SS brand. Holden took the program in-house, and it became a full-production mainstay of the Commodore line-up from the 1989 VN Commodore SS onwards. It was the SS's permanent addition to the Commodore range with the VN that cemented it as a performance bargain. It cost $25,375 when the entry-level Executive was $20,014. Holden offered an automatic transmission in the SS for the first time with the VN.

Holden’s last V8 homologation special was the VN Commodore SS Group A, powered by a 210kW/400Nm version of the venerable fuel injected 5.0-litre V8 and featuring a six-speed manual gearbox. Only 302 were made. The VP facelift in 1991 introduced independent rear suspension adapted from Opel, which added even more dynamic ability. Revised VR and VS models followed, but gained little over their predecessors. It was the VT SS that brought the biggest change to the SS since the VN. It was heavier, but moved the game on in terms of sophistication. Holden’s engineers at the time argued for 17-inch alloy wheels as standard, at a time when the rival Falcon XR8 had 15s with 16s available as an option.

A Series II update in 1999 gave us the much-loved 5.7-litre LS1 ‘Gen III’ V8 sourced from Chevrolet. It was detuned to 220kW/446Nm in the SS, yet was still a worthy replacement for the ageing 5.0 – lighter and far more refined. 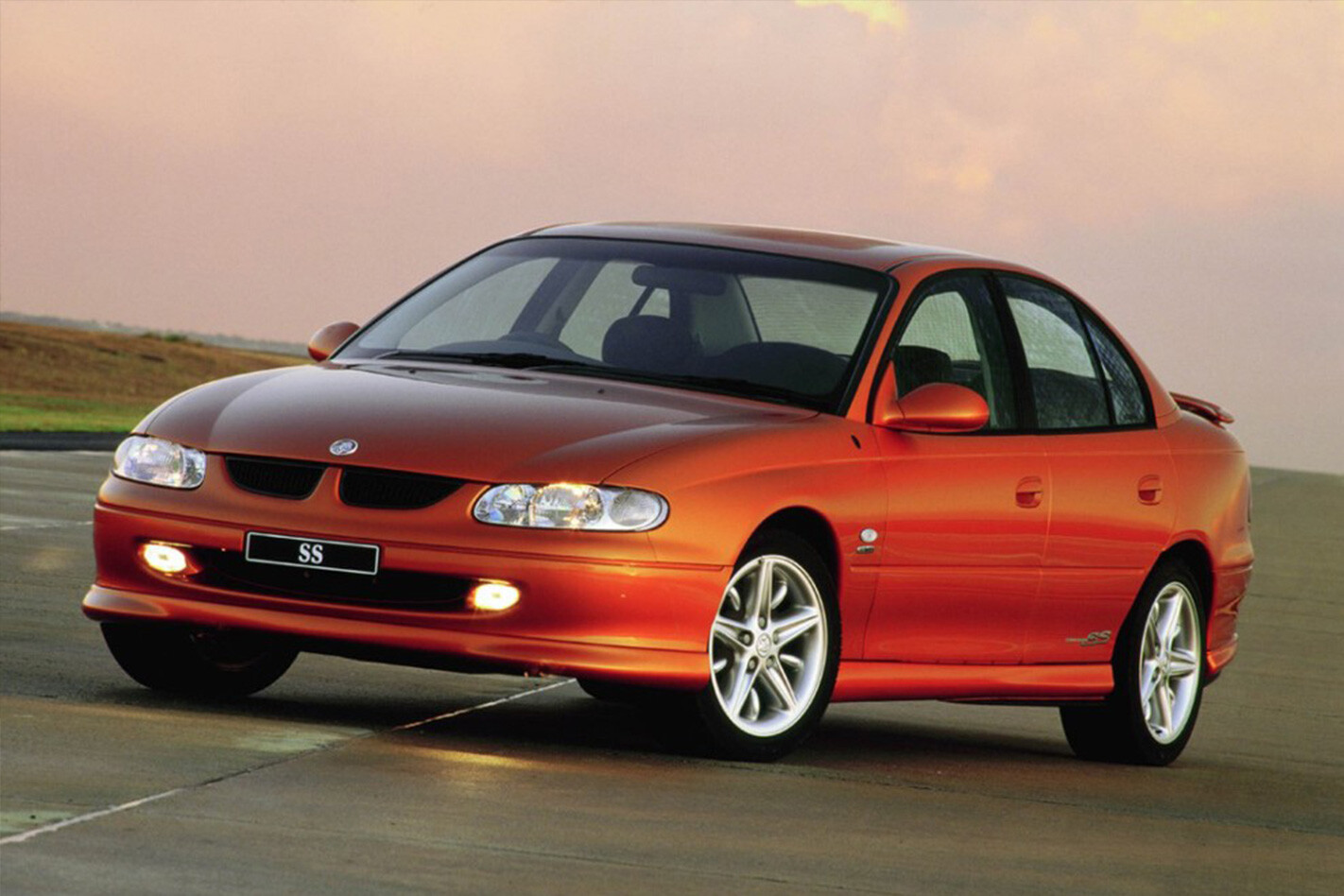 In many ways the VX facelift was change for change’s sake, however it did bring an SS ute (known as the VU) to the permanent line-up for the first time – the VS Series III SS ute was limited to 300 units. 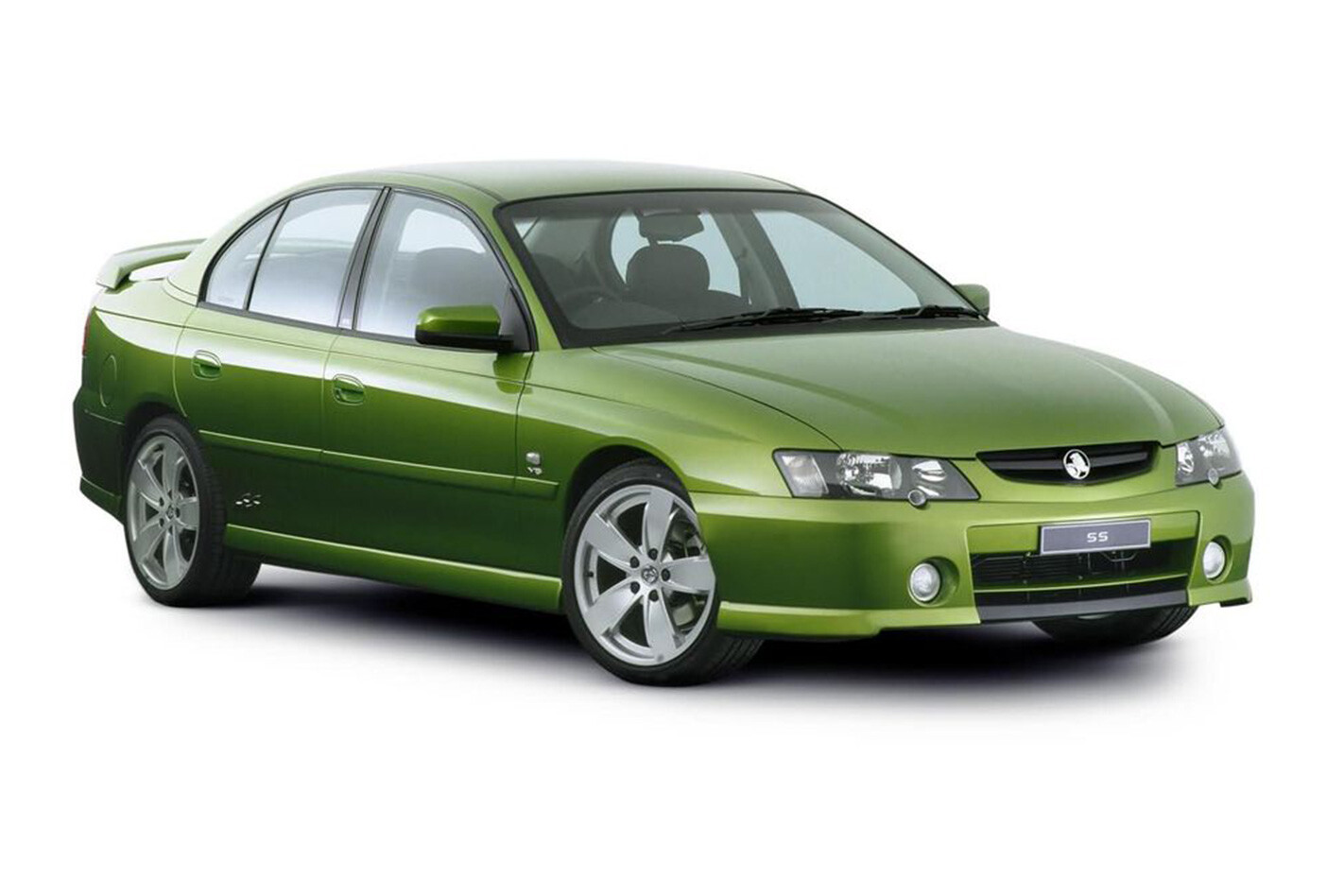 Come 2006, Holden introduced the VE Commodore SS with a 6.0-litre version of the Chev V8 producing 270kW and 530Nm. As a totally new car underneath it was more dynamically accomplished than any SS before it. The addition of an SS wagon in 2009 gave buyers a third bodystyle to choose from.

Brembo brakes and 19-inch wheels were added in 2010 with the $2500 Redline option for the SS-V, which had the SS nipping at the heels of its HSV contemporaries. 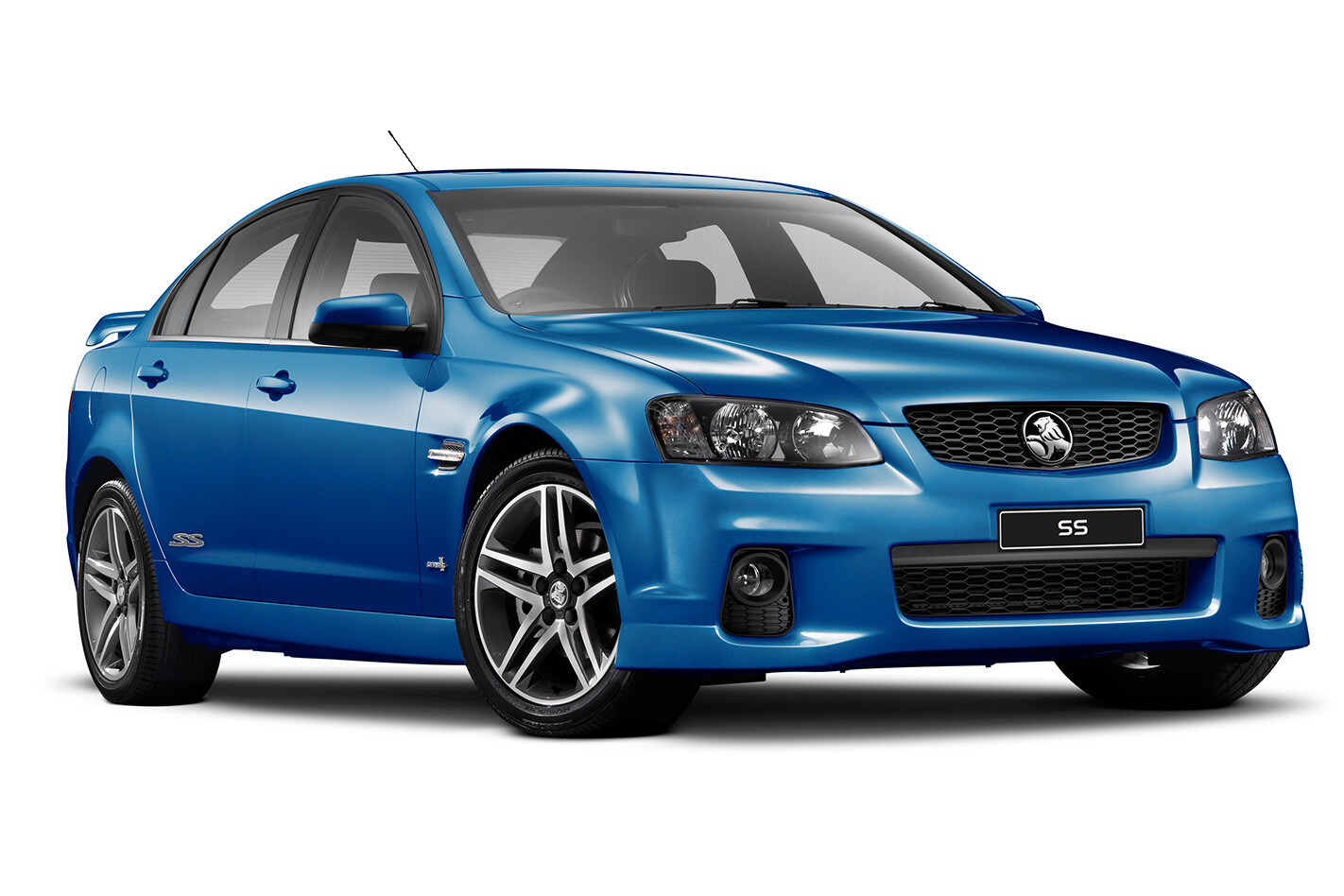 When the VF SS debuted in 2013, it wasn’t a dead certainty that this would be the last all-Aussie V8 Commodore. Now that we know, it’s bittersweet to look upon it objectively as surely the greatest of the breed. Its LS3 V8 at 6.2-litres is the largest and most powerful with some 304kW/570Nm on board unlocking sub-5.0 second 0-100km/h acceleration for the first time.

General Motors has been importing Aussie-made V8 Commodores to the United States and selling them as the Chevrolet SS since 2013. At its introduction, GM billed it as a “a modern interpretation of Chevrolet's Super Sport heritage." That SS heritage stretches back to 1961 and the first Chevrolet Impala SS. GM has used the Super Sport badge to signify performance versions of many vehicles including the Camaro, Chevelle, El Camino, Impala, Monte Carlo, and Nova.

And here’s a bonus factoid for curious types: General Motors of South Africa briefly sold a Chevrolet SS during the early 1970s that was based on the Holden HG Monaro and powered by a 308ci V8 with a four-speed manual, LSD and power steering. At least one of these unusual cars has made its way back to Australia, and it could be argued that it is in fact the first SS-badged Holden.