One glance at Mercedes-AMG’s new GT Black Series is enough to make you wonder if it actually did bolt numberplates on a racecar.

AMG certainly delights in making comparisons to its track-bred weaponry; for example, when aero boss Gustavo Estrada talks about how the Black Series carves through the air.

“At the front we have the new significantly wider inlet, this is a carryover from our GT3 racecar,” he says in a promotional video.

“It increases furthermore the cooling efficiency and eliminates the need for separate inlets for wheel arch radiators.” 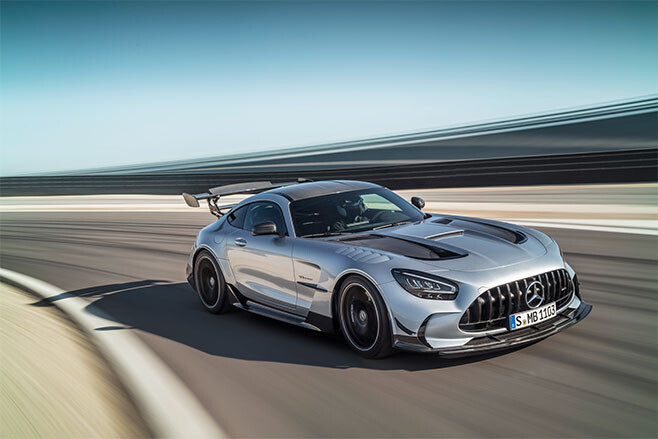 Given the biggest difference in performance between high-end sports cars and their GT3 spin-offs comes down to the grip generated through downforce, AMG worked hard to close that gap with the Black Series.

It says the Black Series produces “well over” 400kg at 250km/h. The Porsche 911 GT2 RS, a car the Black Series will be hoping to thump for the Nurburgring Nordschleife lap record, is claimed to make 450kg of downforce but at a much higher 340km/h speed.

| Watch the AMG GT Black Series tear around the Nurburgring

How far that is from a GT3 car is hard to say. AMG’s customer racing division keeps tight lipped on the GT3 car’s downforce figures for competitive reasons, but we’d safely assume the Black Series fares much closer to the toned-down Mercedes-AMG GT4 racer.

Still, the Black Series has taken plenty of cues from the recently updated GT3 racer. 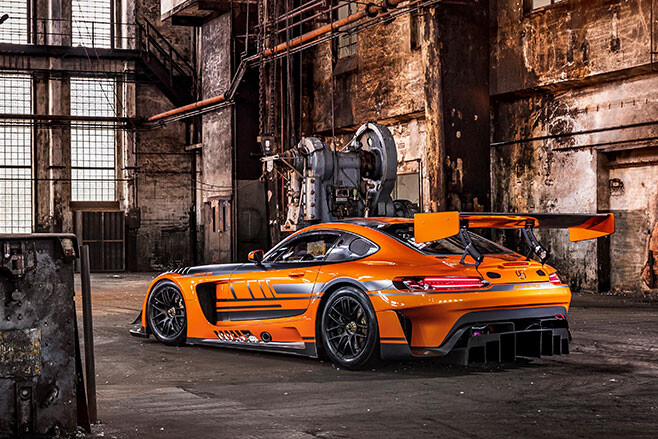 First among them is the double vented bonnet that aims the exhaust air from the front radiators up and over the A-pillars to the massive rear wing.

The unique front fenders are also heavily scalloped behind the wheels to allow extra tyre width but also vent pressurised air. GT3-inspired gills atop the fenders assist them, while the rear bumper features outboard channels for further cooling.

The Black Series also mimics the GT3 in what it offers on setup, especially with aero. The rear wing’s big party trick is its active flap on the top plane but owners can still adjust both boards through three steps.

The front splitter can also be mounted further forward to complement an element that actively lowers, creating a Venturi effect and quickening airflow under the car. 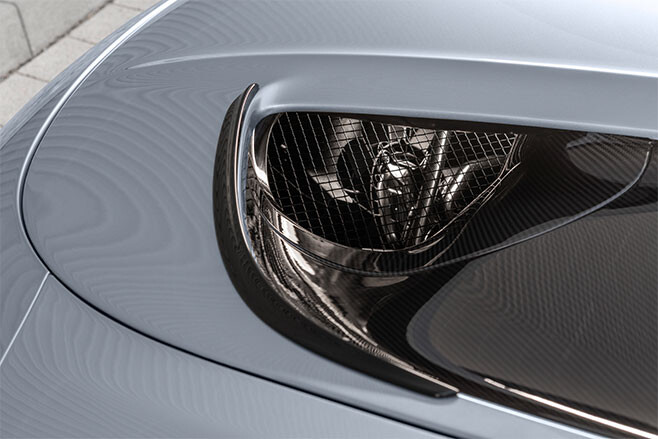 That’s not all. At each corner, the Black Series features GT R coilovers that can adjust the spring pre-load. The damping is adaptive since AMG promises the car will handle urban duties and the occasional pothole.

It can also be changed through the regular drive modes.

However, if you’re really keen to play race engineer you can manually adjust front and rear camber, or even set up its front carbon-fibre or rear steel roll-bars to three different levels of stiffness. Both these mechanical and aerodynamic elements will come in handy when deciding how to exploit the Michelin Pilot Sport Cup 2 R tyre.

Fitted to the Black Series’ 19.0 by 10-inch front and 19.0 by 12.0-inch rear wheels, they’ll be available in two compounds. The soft option is called MO1A while the harder tyre is called MO2.

With such high-level engineering, the Black Series is not afraid to try to match its GT3 relation on price, either.

The Black Series gets adjustable traction control like the GT3 car, but not its adjustable anti-lock brakes nor brake bias. Race drivers move the pedals instead of the seat in order to maintain a more optimal weight distribution.

The Black Series offers a Track Package that adds a 2kg fire extinguisher in the cabin as well as a titanium ‘roll-cage’. It’s less of a cage and more of a lattice placed behind the driver. Four-point harnesses attach to its main brace to hold on you in carbonfibre bucket seats.

The Mercedes-AMG GT3’s suspension carries over the front top control link from a road car but redesigns everything around them. The coilovers also feature adjustable compression and rebound damping, while the roll bars are adjustable.

Why AMG’s GT3 racer sticks to the big bore formula

The jury is out on whether the Black Series’ flat-plane crankshaft has changed the M178 V8’s (pictured) sound for better or worse.

But if it’s the way Tobias Moers wanted for the last V8 under his watch at AMG, then it’s for a higher purpose.“It’s a perfect fitted race engine,” he said. “It gives you precise feedback, instant throttle response.” 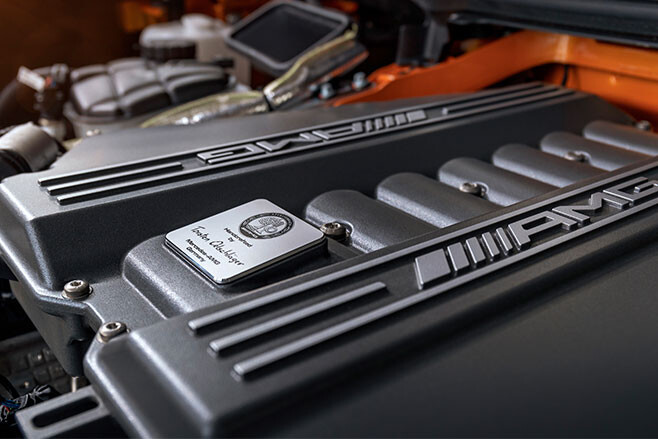 Why you won’t see it in the latest AMG GT3, however, is because the 6.2-litre M159 V8 that served in the SLS AMG GT3 racer proved more than capable of meeting the restricted outputs in GT3, to be virtually ‘bulletproof’ as well as qualified for the ‘ain’t broke don’t fix it’ mantra.