Life with a Tesla Model S P100D: The great Aussie roadtrip, minus the fuel

Melbourne to Sydney (and back) without a drop of fuel

CAR ownership and road trips go together like adolescence and raging hormones. You can’t really have one without the other.

An electric vehicle is still a car, and as such, the ability to go on a road trip in one is a natural prerequisite.

It’s fitting then, that the first day of our Tesla ownership test would see the big saloon staring down a 900 kilometre blast from Melbourne to Sydney, before completing the return trip a week later.

For electric vehicles such as the BMW i3, or Nissan Leaf, this would prove to be a large, timely hurdle. With charging times blowing what is traditionally a 10-12 hour drive (depending on the number of drivers available and stops made), to something that could take up an entire weekend.

But, as you are probably well aware by this point, Tesla has peppered the Hume Highway with a series of its Supercharging stations.

Despite knowing this, I still felt the pangs of what I realised was ‘Range Anxiety’ in the days before I picked up the big red beast. Deep down I knew the nervous waves were illogical, the P100D has the largest range of any EV on sale in Australia, and numerous Tesla owners had done this before. But, what if I ended up in the middle of Victoria, with a $314,000 electric vehicle and a dead battery?

I doubt Mr Inwood would be impressed.

Yet, in reality, there was actually nothing to worry about. I’ll save you a kilometre by kilometre account of how it went– mainly because it would be more boring than the drive up the Hume itself.

On the solo trip north I made just two 45-minute stops at Wodonga and Gundagai. Both superchargers are located near food options that aren’t the greasy artery cloggers you’d normally associate with road food. This meant I returned to the car rested and feeling fresh, instead of having the onset of meat sweats.

Driving the Tesla from Melbourne to Sydney on your lonesome is really no different than it would be with any other conventional car. I never felt delayed by the charging, instead the breaks reminded me of the importance of stopping to fight off driver fatigue. 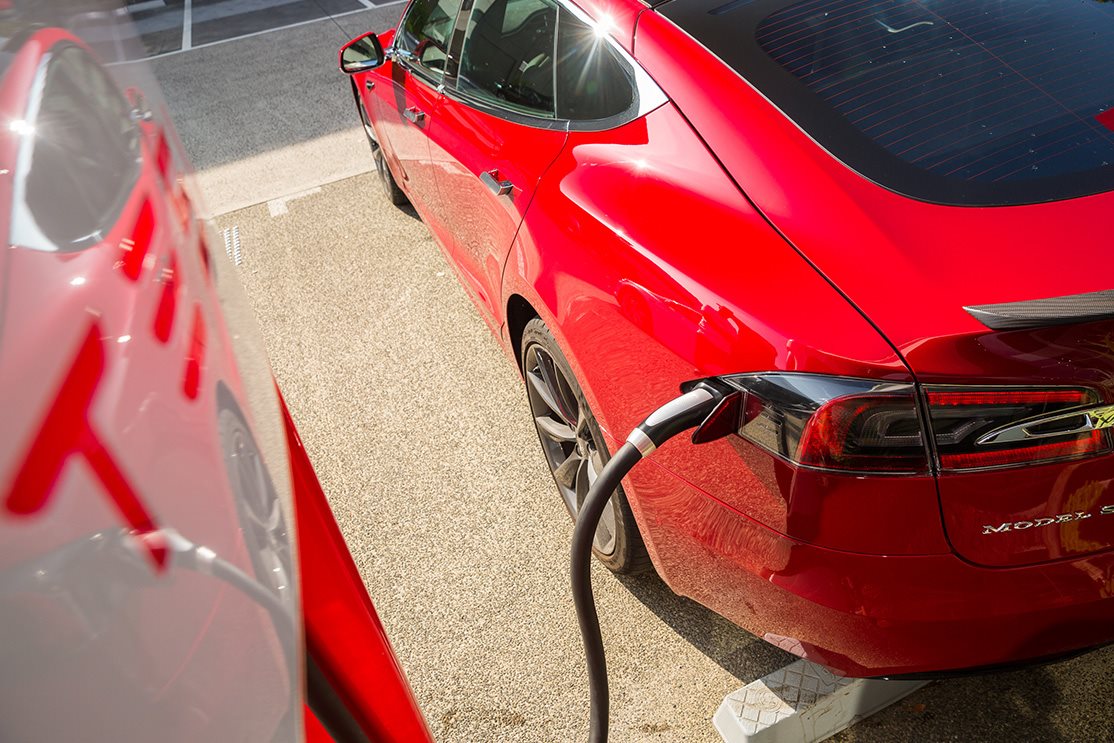 If you had two drivers that could share the load behind the wheel, the longer stops for charging may become slightly irksome. But for the most part only those on an extremely tight schedule, or masochists who don’t like sitting down to eat or stretching their legs for 10 hours, will find taking the Tesla on an interstate roadtrip between Melbourne and Sydney via the Hume a drag.

My range anxiety had well and truly abated by time I arrived in Sydney. The Tesla had arrived at each charging station within a percent or two of 10 percent range (equivalent to roughly 50-odd kilometres depending on how your right foot is feeling), and only once suggested I to drop the cruise control from 110km/h to 105km/h for an extended uphill section.

If you are a particularly anxious person, there are a total of four charging stations between Sydney and Melbourne to choose from, and 10-minutes with the supercharger gives the battery a decent top up.

Having said that, the ability to drive between Melbourne and Sydney in a perfectly reasonable amount of time is a particularly low bar to set for a car, which costs well over a quarter of a million dollars. Where the Tesla actually gains ground over the rest of the vehicular field is just how bloody comfortable it is to spend long periods inside of.

The weakest link inside the cabin is the seats, which you tire of around the seven-hour mark (a decent amount of time, none the less). The pews gain back some favour being heated in both the front and back, and cooled for the forward-most passengers.

Now, a Tesla isn’t silent (as much as some outlets may say it is), but it is remarkably quiet inside the cabin. Wind noise is minimal unless you start getting to speeds which will worry Mr Plod, and road noise is admirable seeing as the P100D is rolling on fat, low-profile rubber. It’s only coarse-chip sections which will be bothersome.

A unique quirk to the Tesla is the wing mirrors, which sit on extended stalks for better airflow. The chrome finish on said extensions looks nice while stationary. But for an hour before and after midday, depending on what direction you are driving, they will beam sunlight directly into your face – an annoying design oversight to say the least.

For owners that joined the church of Tesla before January 15 this year, the use of supercharging stations is free for life. Everyone else gets a 400kWh no-cost allowance annually (roughly 1600 kilometres). After that, it’ll cost you $0.35 per kWh. That means for the P100D I drove, it’d cost $35 for a full charge from dead flat.

Tesla is continuing to expand its charging network, meaning soon a drive between Adelaide and Brisbane is going to be possible without a drop of fuel, and that’s a good thing.

Now, for those of you readying your fingers to hastily remind me that the electricity injected into the Tesla’s batteries during the stops still comes from coal-burning power stations (take that, greenies!), not so fast. That’s a different conversation which I’ll be getting to in a later instalment.

Stay tuned, because in our next instalment we debate if the hypercar-slaying P100D is a performance car at all.