With summer slowly turning up the dial on Melbourne’s temperature, we’re glad to welcome Mazda’s latest MX-5 in 2.0-litre form. But it has some mighty big tracks to fill.

See, two months ago we bid Chrysler’s mighty 300 SRT goodbye. And in place of a huge 6.4-litre HEMI V8, our new arrival’s plucked its 2.0-litre four banger straight from a Mazda 3, which spins four less cylinders and ignites less than a third of the V8’s capacity. And this is Mazda’s ‘big-block’ variant. Gulp.

That’s right, Japan never really wanted to build this car. If it wasn’t for America stomping its feet about the 1.5-litre base roadster being a little short on poke, it would have never existed. 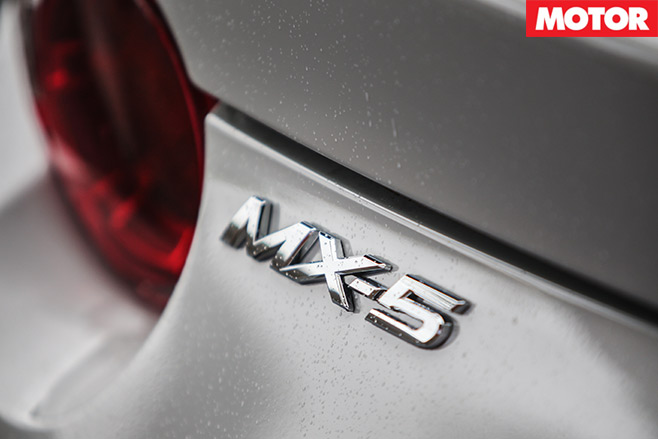 Yet we’re glad it does, because Mazda hasn’t done this often. Mazda Australia spiced up the second-gen MX-5 with a turbo with the locally-built SP of 2002, which Mazda HQ took inspiration from when creating the more common but less powerful SE of 2004.

Mazda has promised grunt-lovers a longer innings this time ’round, as the MX-5 launched with both the 1.5-litre and 2.0-litre donks to serve up an interesting choice between ‘purity’ and ‘power’.

Why’d we go for the latter? We threw both into the ring last year and the family fight revealed 500cc makes a lot of difference. 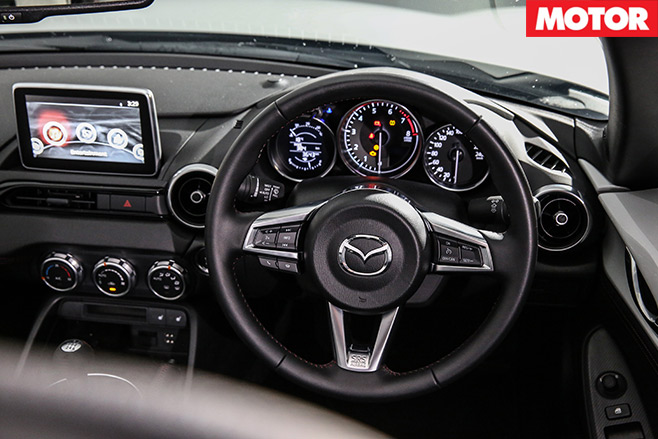 That’s knocking on the door of VW Golf GTI pace, covers off the mini turbo hot hatches you’d find at Ford, Peugeot, or Renault, and is more than a second healthier than its less endowed bro.

Straight-line go isn’t all you get with the bigger engine, either. Mazda also chucks in bigger wheels, beefier brakes, stickier tyres and stiffer suspension. This, it says, help deal with the engine’s extra weight. 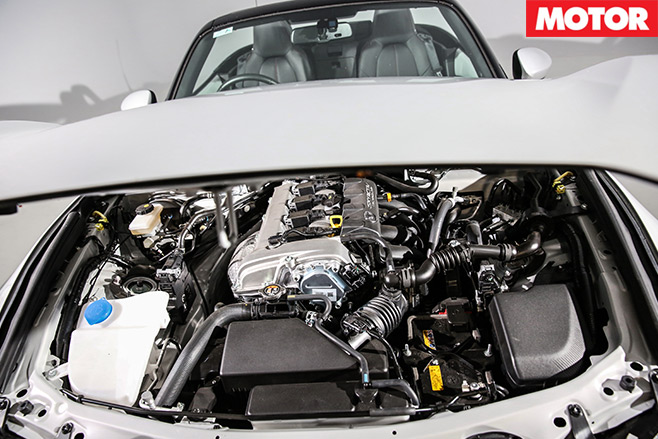 But while 24kg counts for more in a car that weighs just over a tonne, 1033kg to be precise, it’s hardly noticed. Our MX-5’s proved lithe as a feather zipping around town and the bowser seems to agree.

Crucially, however, we’ve found the suspension bits to do more than just keep belly fat in check. The engine lets you thrust into traffic gaps more quickly, the ABS remains unfettered and violent pitch and roll has been reduced.

So, really, Mazda’s saved you the cut knuckles and forum-digging usually needed for an engine swap. And you haven’t had to sit down with a mechanical engineer to dream up the right spring rates, tyre sizes and brake package to suit. 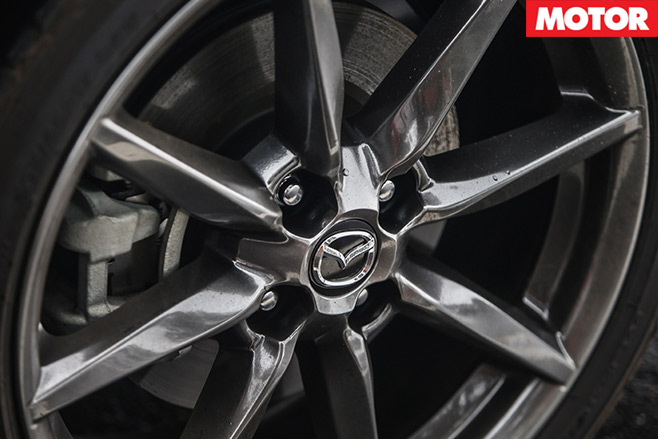 Okay, the little 1.5-litre engine’s a zingy delight to rev out, making its slick shift all the more satisfying, and it’s keener to wag its tail. But for hard-driving MOTOR-heads, the 2.0-litre washes up as the smarter choice. Better yet, at $34,490 for the base version, the 2.0-litre’s only $2500 more. And MZD connect (Mazda’s inferior imitation of BMW’s iDrive) is also thrown in to boot.

Don’t get us wrong, it’s not tuner-proof. We’d love to shrink the gap between its wheels and guards, and a couple of Jet Black MX-5s getting around Melbourne make our 2.0-litre’s Crystal White Mica paint look a little bland.

That’s fine, though, because we’ll fix that up over the next few months. The Kuroi styling pack, which proved popular on the Mazda 3, has spurned a new version for the MX-5, and we’ve put our name down for it. 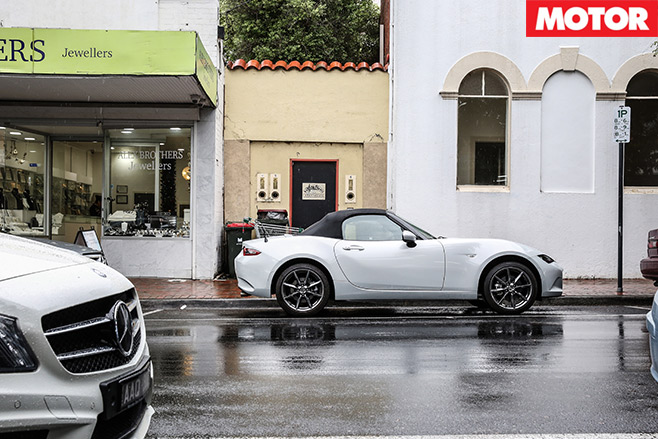 We’ve also pencilled in a date with another standout from Japan. Toyota’s 86 has just been upgraded for 2017, and it’s not just a facelift. So we’ll compare our 2.0-litre to the stiffer, quicker coupe.

First impressions, otherwise, is that inside the MX-5’s certainly no Chrysler 300. We’ve bagged a GT-spec 2.0-litre, that runs up its ask to $39,550 and scores heated seats, leather, along with climate control, but you can sense the compromise around the cabin.

Engineers slaved to make the fourth-generation lighter than the porky NC before it, but you’d appreciate somewhere to hide your phone, more sound deadening at the rear, and a glovebox up front.

On the other hand, we love that you can slam-dunk the manually-operated roof whenever you want, and while it’s no 300 SRT to drive, that’s entirely the point. We’ve swapped a Big Mac for sashimi. And we’re relishing the taste.