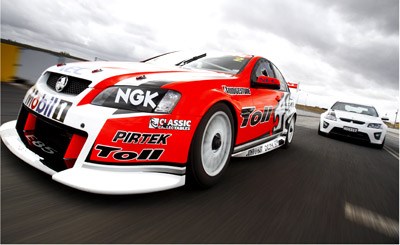 Rather than a true racer, HRT's 'ride' car is the fastest passenger vehicle in Oz.

If the opportunity ever presents itself to have yourself strapped into the Holden Racing Team (HRT) ride car, embrace it (I did for half a dozen laps ... purely in the name of research, you understand). It is very close to the real thing, as our comparisons between it and the Ford Performance Racing (FPR) race car demonstrate.

One myth to dispel is the notion that race cars brake later into corners. They don't, because they're invariably travelling at greater speed. Compared with the GTS, for example, the HRT ride car gets on the picks 20 metres earlier at the end of the main straight. The reason? It's doing 246km/h; the GTS 209km/h. Consider the energy that's required to be dissipated: the HRT car has to shed 7.5 percent more energy than the GTS to get around turn one.

It happens again on the back straight - the HRT car, doing 219km/h, brakes 26 metres earlier than the GTS, and is still doing 207km/h when the GTS hits the anchors at 185km/h.

You might wonder if this is in fact a liability. It isn't. One of the coolest things you can do with the AX22's analysis software we're using here to burp up the all-important data, is overlay the graph of one car's speed against position around the circuit, and overlay the graph of another's upon it. Do that with the GTS and the HRT ride car, and the HRT car is faster everywhere - and the gulf between them grows as speed increases. In other words, the HRT car is travelling much faster than the GTS just before the track's key braking points.

Do the same thing with the HRT car and the W427, and watch the speed difference shrink. In fact, well into the braking zone at the end of the main straight the difference is minimal - there's less than 2km/h in it. Then, on the way into turn two, off the straight but before the apex, the two graphs appear to touch. Closer examination revealed the HRT car doing 67.6km/h where the W427 achieved 66.8km/h - too close for comfort from the race car's point of
view, but a shot in the arm for anyone who stumped up $155,000 for the W427...

The third informative overlay exercise pitted the HRT ride car against the FPR racer. The two speed and position graphs might as well be carbon copies, yet look closely and the FPR V8 Supercar is fractionally ahead in many places. In particular it carries significantly more speed during brake manoeuvres. Into turn one, for example, at one point on the track the HRT car manages 'only' 229km/h against the FPR's 252km/h.

Through the kink the HRT records 171km/h, while the FPR is a remarkable 10km/h faster through the same section of track. The end of the back straight sees the HRT ride car at 207km/h when the FPR car is storming along at 222km/h. Farther into that stop, just before cranking the wheel right into dogleg two, the HRT car (doing 106km/h) out-paces the FPR (99km/h). 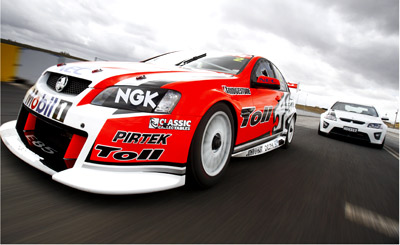 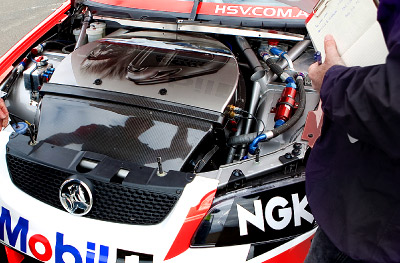 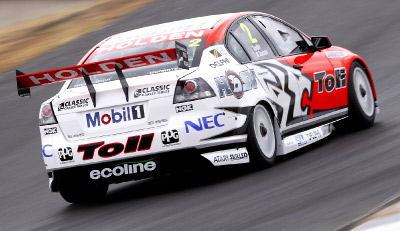 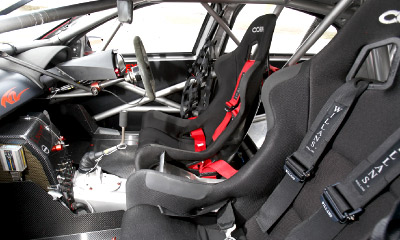