Where others have tried and failed, the Adelaide-built Brabham BT62 is a triumphant return of Aussie ingenuity and manufacturing (albeit on a small scale).

The coming V8-powered hero is the brainchild of racing legend David Brabham, and continues the legacy of his father, Formula 1 driver Jack Brabham.

With this ground-hugging supercar set to go into limited production for both road and track uses, it’s a good time to reflect on some less fortunate designs that sadly never made it beyond the test track. Inspired by the F22 Raptor jet fighter, the 2002 Cadillac Cien may not have gone into production but it has made a mark on pop culture having appeared in movies and video games including Gran Turismo 4.

Despite the Cadillac badge, it was designed in England at GM’s Advanced Design Studio, which installed a 7.5-litre V12 producing 559kW within the carbonfibre shell and chassis. The brief marriage of Daimler and Chrysler isn’t ordinarily known for being a success, but it did spawn one progeny that could have become an American classic.

Like most supercars, the Chrysler ME Four-Twelve was a mid-engined, two-seat concept car, powered by a 6.0-litre AMG-derived V12 that produced 633kW and could propel it to 100km/h in 2.9sec.

It seemed headed for production but was killed off in 2005 because Chrysler couldn’t justify the costs. Some reckon the real reason was because this would have given the Mercedes SLR McLaren a good view of its twin exhaust pipes, which wouldn’t have pleased the suits in Stuttgart.

MORE Chrysler brand to live on, but not as we know it 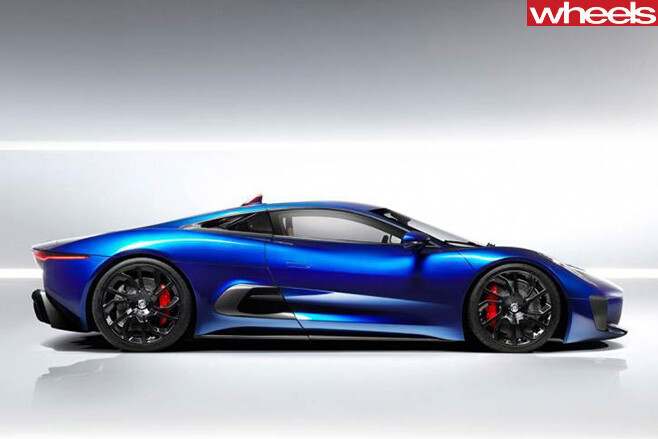 You have to wonder how many more hybrid cars there would be now if the jet-assisted Jaguar C-X75 set the tone for such vehicles instead of the Toyota Prius.

Instead of a normal petrol engine to recharge the batteries, Jaguar decided on using two diesel-fed micro gas turbines.

Despite plenty of effort and a decision to drop the gas turbines for a more conventional engine, the global financial crisis meant there weren’t enough people willing to shell out more than $1 million for what would have been an incredible car. The JP1 was meant to be the $500,000 production version of Melbourne-based Joss Development’s lauded JT1 Supercar show car.

However, key financial backing wasn’t forthcoming by the time production was meant to commence in 2013. It was almost reborn as a race car to compete in Targa Tasmania, but this required $500,000 in crowd-funding that also didn’t eventuate.

Sadly, the only way you’ll get to drive this thing is on the virtual roads of Project Gotham Racing on X-Box 360. 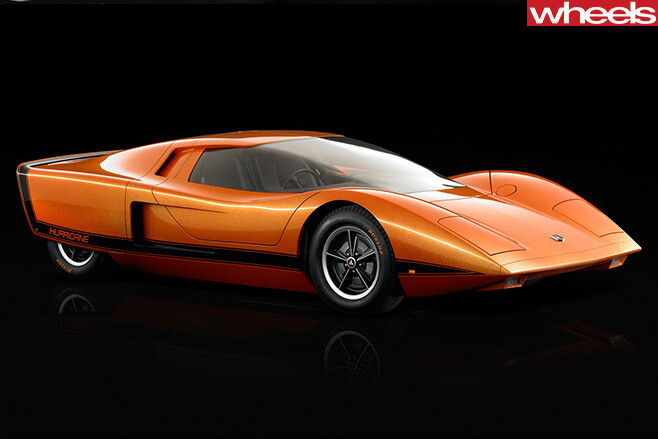 It’s hard to believe that while Holden was churning out the barge-like HK series during the late 1960s it was also at the cutting edge of experimental car design.

The mid-engined Hurricane was way ahead of its time.

The two-seat, fibreglass concept car featured a rear-view CCTV camera, digital speedo, climate-control air-conditioning and a ‘Pathfinder automatic route indicator’ at a time when cassette decks where the pinnacle of in-car gadgetry.

An electro-mechanical powered canopy swung forward and the occupants climbed into powered seats that rose up for easier access.

It was powered by an experimental 253 V8 engine that sat just forward of the rear axle.
While the Hurricane was never slated for production, many a Holden lover has spent the past 47 years wondering, what if… 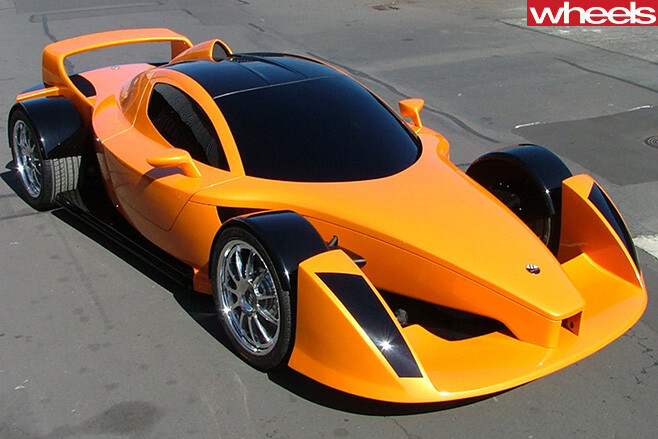 Named after New Zealand’s only F1 world champion, Denny Hulme, this Kiwi foray into the supercar market still isn’t dead but has been stalled on the grid since 2008.

This race-inspired ‘open-wheeler’ developed in Auckland by Hulme Supercars is designed to have a 521kW (700hp) supercharged engine.

An idea of what could have been can be seen with the prototype Hulme CanAm, an open-topped track car powered by a 447kW (600hp) Chevy LS7 V8 that pushes it from 0-100 under three seconds. Imagine what those extra 100 horses would do. This car was so crazy it was considered too wild to drive on the road and was even a handful in the Gran Turismo 2 video game.

First created in 1996 as Project 7/12 (after its 7.7-litre V12 engine), it was symbolic of the Cool Britannia era, when confidence and cash were more in abundance than sense.

It was built for GT1 racing, but regulation changes meant this was no longer viable so the project went ahead as a road car. This actually allowed it to be more powerful because the engine didn’t need to be governed to meet racing regulations – apparently it produced more than 700kW on the dyno before blowing.

But the project was finally shelved when, despite holding a decent number of orders, TVR owner Peter Wheeler took one home and declared it “unusable on the road”. It looked road-ready and even had a name, but Volkswagen built this supercar just to show it could.

What started out as the W12 (12 cylinders in W formation) in 1997 developed into the Nardo, which turned heads at the 2001 Tokyo Motor Show.

By then the mid-engined W12 was pumping out 441kW, did 0-100 in 3.5sec and reached a top speed of 357km/h. It was named after the Nardo test track in Italy where in 2002 it broke all manner of records when it travelled 7740km at an average speed of some 323km/h.
Despite demand, the closest it got to production was when Volkswagen introduced it as the ‘LeVanto TDI Hybrid’ on its Facebook page in 2015, but that was a cruel April Fool’s joke. Who says Germans don’t have a sense of humour?

While the W12 was never to be, its DNA can be found in the Bugatti Veyron.