The best Wheels photos of 2017

THE Wheels photography team produces some truly breathtaking, world-class images throughout the year and one of the hardest jobs can be selecting just a handful of shots that make it into the pages or online. Often there are many we simply love but can’t find the space to share them with you.

We’ve complied a selection of our 2017 favourites from thousands of shots snapped from all over the world, of all different kinds of cars and each of them with their own special story to tell. 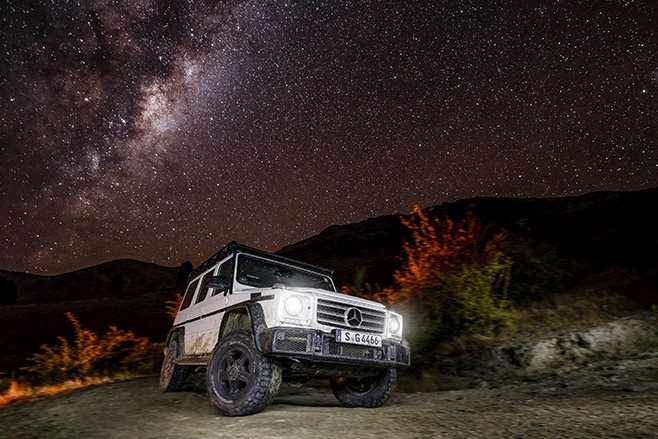 Any trip to New Zealand’s spectacular landscapes is bound to produce some memorable shots, but on a trip across the baron South Island in April, Nathan Jacobs took advantage of the impossibly clear skies and zero light pollution, and snapped the Mercedes G-Class under a blanket of stars. 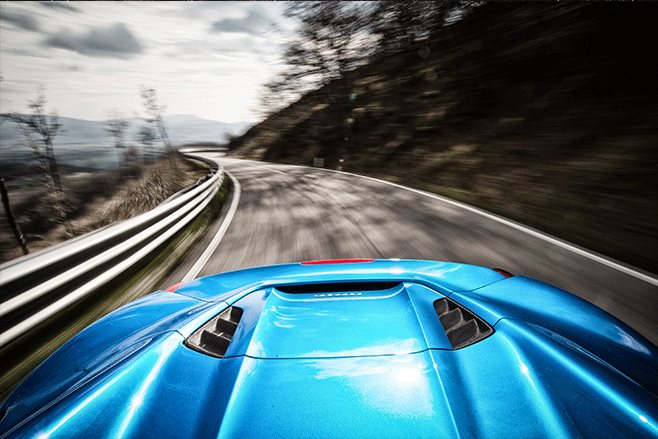 It’s hard to take a bad shot of Ferrari’s jaw-dropping 488, especially when it gets its Spider top off, but when Tom Salt followed John Carey on a blast through the prancing horse’s native Italy in the dead of winter, the results were glorious. 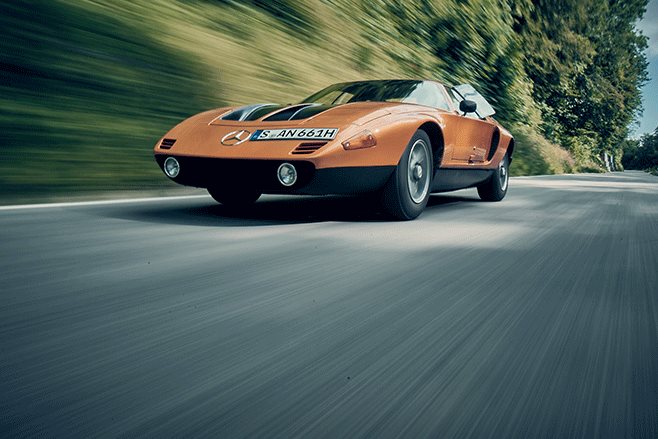 Still in the northern hemisphere but this time Germany, Peter Robinson was given the almost unbelievable privilege of driving the nuts off $10m-worth of Mercedes C111 prototype, and Steffen Jahn was there to capture the action. 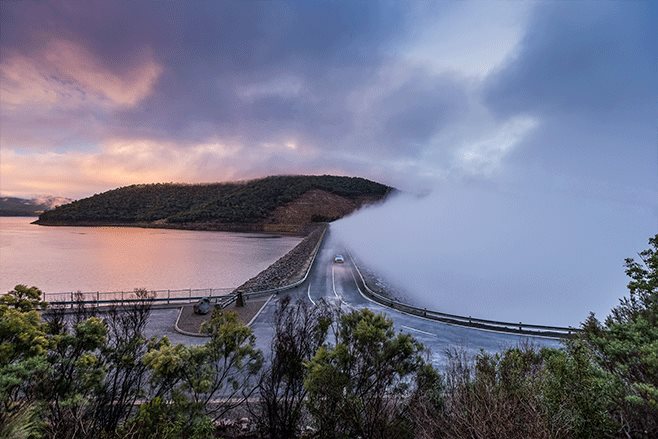 Back on home turf and this time with the author behind the wheel, Ellen Dewar and I got up at an ungodly hour to capture this incredible shot of an Audi TT RS as the winter sun rose over Lake Dartmouth. The massive dam wall seemed to be making its own weather system and the huge curtain of mist ebbed and flowed like a tide. 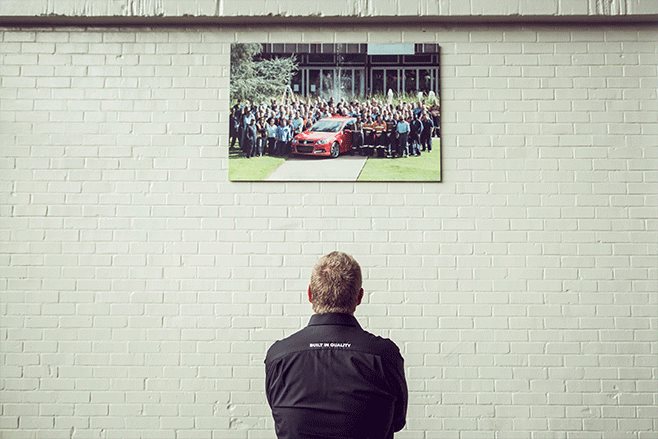 Our adventures nearly always start with a car as the motive, but the people we meet along the way can be just as intriguing. On a visit to the Holden factory just before its closure in October, Thomas Wielecki snapped this employee in a moment of quiet reflection.

While many of the portraits he captured on the day were positive and of people who recounted long and happy careers, it was this shot that so beautifully represented the sense of loss that so many staff were supressing and hiding behind smiles. 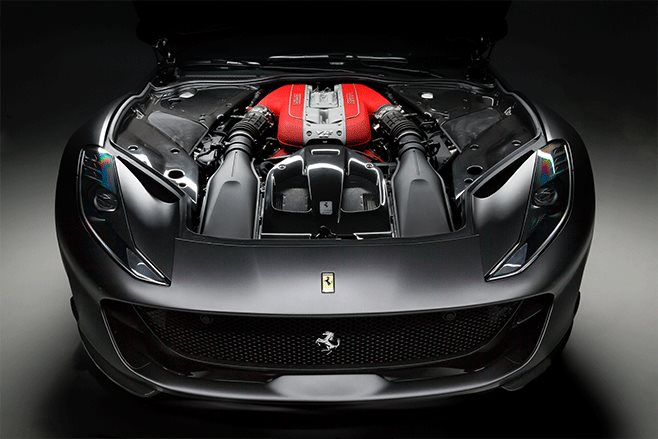 Not all of our stories come from the great outdoors and many incredible images have been produced over the year in the Wheels studio, where the photographers can control light and conditions for perfect results.

Jacobs captured the 812 Superfast’s mighty 6.5-litre V12 before any other publication even knew the first example was in the country. 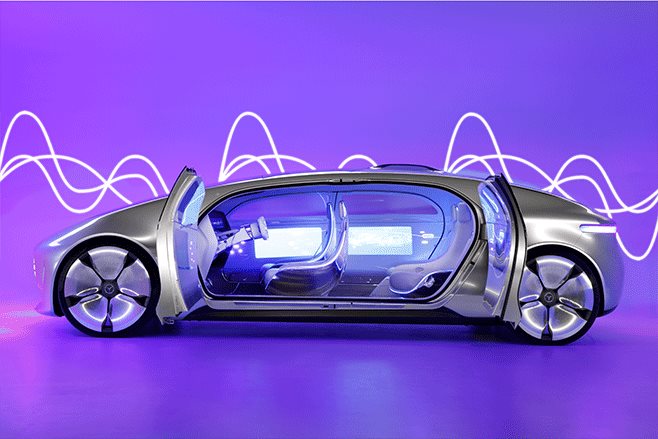 Later in the year, Jacobs was back in the studio again, this time to shoot the Mercedes F 015 concept when it made a brief stop-off in Australia as part of a world tour.

The car was chaperoned by a team of Benz experts partly to keep the car running and in perfect order, but also to bodyguard this incredibly, big, heavy and expensive one-off machine. 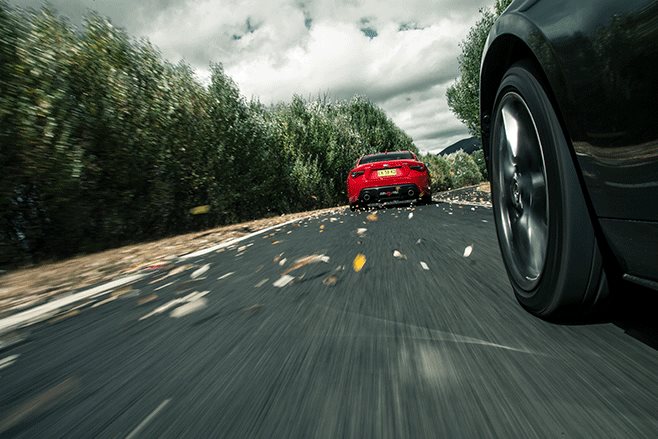 Back out on the road again in the autumn of 2017, Nathan Duff snapped this shot of a Subaru BRZ in it natural habitat as part of a three-car comparison.

The dancing leaves and blurred road perfectly represents sense of speed, while the turning colour and moody skies are pure Victoria as it starts to recede into another winter. How good are your car spotting skills? Can you identify the car that’s hunting the Subaru? 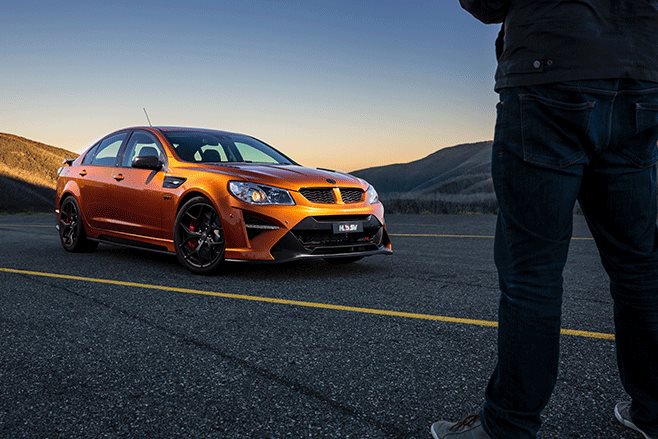 One of our favourite cars of the year is presented in unparalleled brilliance in this shot by Jacobs. Not only does the rich bronze paint pop out of the picture, the HSV GTS-R W1 is perfectly framed by the sharp road markings and dying alpine light.

Stay a little longer though, and you’ll see a deeper meaning. In the foreground, Ash Westerman appears to be contemplating an incredible day piloting this 474kW monster through equally momentous roads, or perhaps he is lamenting the passing of something epic that will never return? 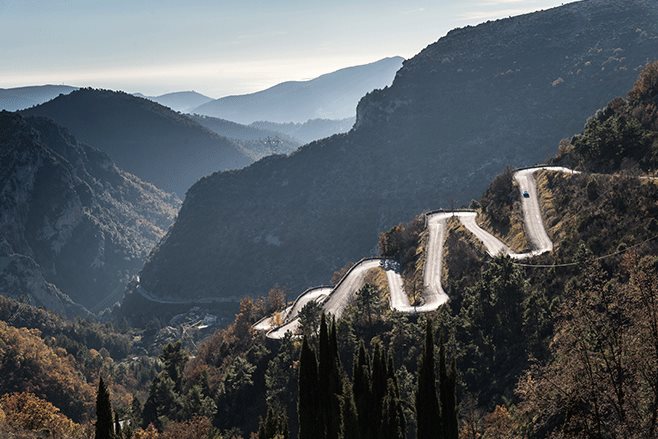 In March, Ben Oliver discovered that one of the finest ways of escaping the glitz and claustrophobia of Monte Carlo is in a topless Porsche 911 Turbo S. Salt set up in a crow’s nest above this fantastic road in the mountains behind Monaco to capture the fun. 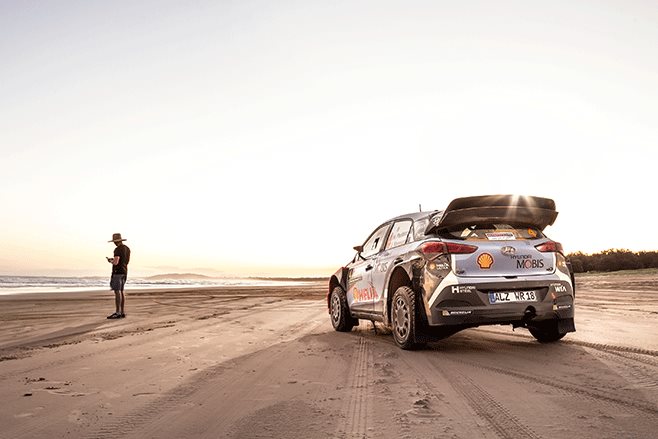 Editor Inwood still can’t believe he was allowed to drive this Hyundai i20 WRC racer on the road, but that’s exactly what he did early on in the year. It should have been 48 hours of petrolhead heaven but the heat, blowouts and punishing cabin made it far more challenging than he had expected.

Wielecki caught Inwood in a rare moment of calm and relaxation on this stunning Coffs Harbour beach. 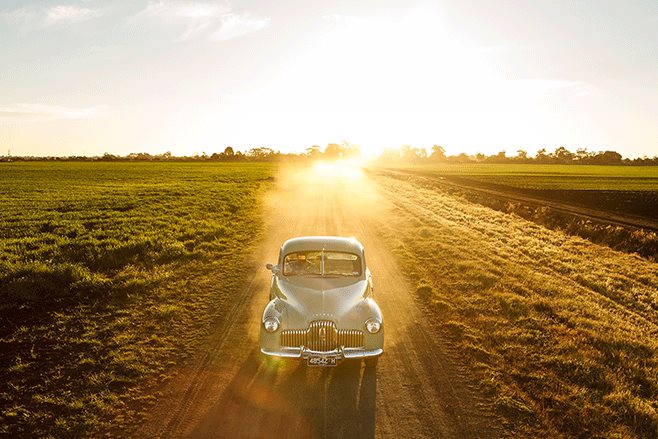 This hauntingly beautiful shot by Jacobs almost made the special subscriber’s front cover of the commemorative edition of Wheels in November, but it was narrowly edged out by a similar shot from a lower angle.

The warmth of colours and sunlight perfectly represents how so many of us feel about Holden, while the 48/215 disappearing out of shot in a trail of dust is a timeless metaphor of the lion badge’s manufacturing legacy on red dirt. 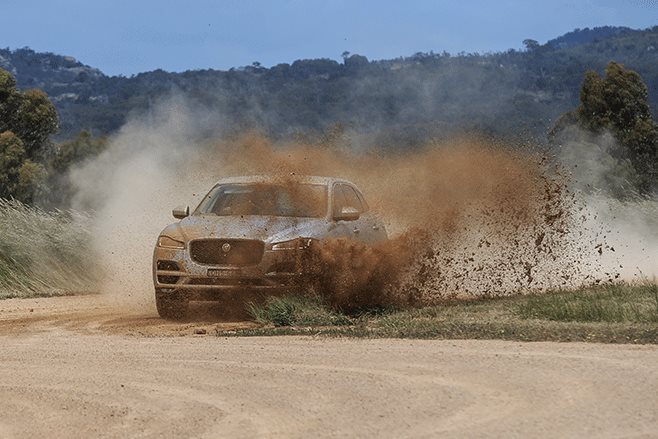 At the end of each year, the Car of the Year judges assemble to put a host of new machines through their paces over a week of gruelling testing.

COTY, as it is affectionately referred to, is as exhausting on the judges as it is on the cars and this perfectly timed snap by Dewar summarises exactly how far we go to find the very best cars of the year and select just one winner.

It has been a brilliant year of action, fantastic new metal and captivating people in unforgettable places. Join us in 2018 when we’ll bring you a whole new adventure complete with stunning images. 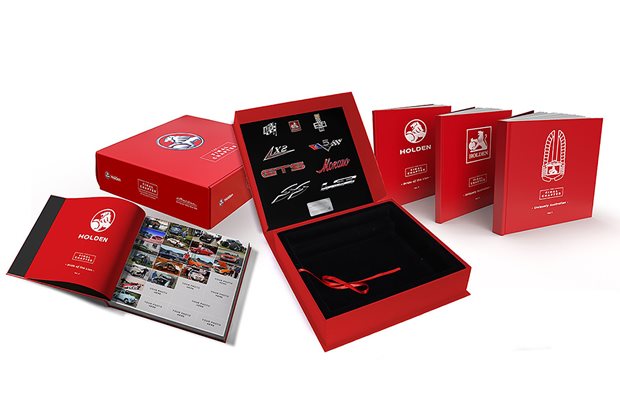 Holden wants your car for its final book

You can have your Holden featured in a new commemorative book set, but there's a $349 catch