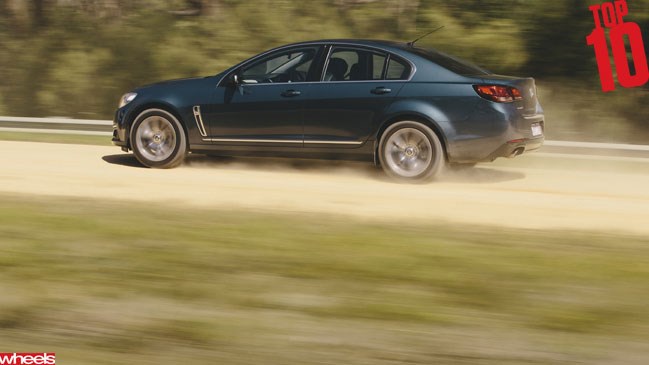 We take a look back at the cars that really moved us in 2013, including the Holden Calais.

All those years ago, Holden’s advertising for the original VK Calais trumpeted how it was ‘World Class’. For the time (1984), it probably was, but not like this. While the sporting VF Commodore models are stand-outs for their performance and their superb ride and handling, it’s the entry-level Calais sedan that smashes people’s preconceptions.

In terms of its appearance, refinement, comfort and cabin ambience, the Calais is a $60K-plus European luxury sedan masquerading as $39,990 Aussie special. And nowhere is this more evident than in the Calais’ multi-hued, beautifully textured interior.

Everywhere you look, all the things you’d imagine are optional are actually standard in the $40K Calais. High-grade, two-tone leather, Alcantara dash trim, an excellent full-colour touchscreen – it all makes a massive difference to the Calais’ quality perception. In that context, it’s almost impossible to believe what we accepted in the VE Berlina for the same price back in 2006. An incongruous strip of poplar wood on the dash, a leather-bound steering wheel and dual-zone climate control. Whoopdee frigging do!

Out on the sort of roads that populate vast expanses of this country, the 18-inch-wheeled Calais is sublime. Its Touring-grade suspension is supple without being overly soft, its body control disciplined, yet cushioned in a way that French luxury cars used to be. Add very low levels of tyre noise and impressive cabin isolation and it’s no wonder the VF Calais does such a great impression of a car costing twice its price.

The other great benefit of the VF’s comprehensive NVH improvements is the newfound culture of the 210kW 3.6-litre V6. It’s never going to sound like a Dell’Orto-fed Alfa, but the Melbourne-built V6 is a muscular performer that blends a wide spread of torque with a genuine eagerness to rev. Add a well-calibrated six-speed auto and the VF Calais’ commendably light 1702kg kerb weight and the result is a terrific sports-luxury sedan.

You can have a lot of fun in the VF Calais, exploiting its superb chassis balance and the sort of keen, uncorrupted steering that only rear-wheel drive can muster. Yet the Calais is equally at home transporting five adults at pace across any country road you want to throw at it, with unmatched comfort and disdain. And unexpected thrift.

Of all the VFs we drove this year, it was the quiet-achieving Calais that surprised us the most. Yes, the SS-V Redline is a cracking sports sedan, but it’s the everyman’s Calais that most deserves inclusion in 2013’s Top 10 cars. 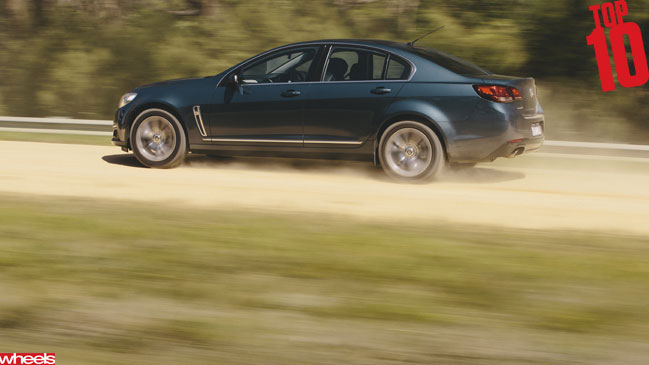 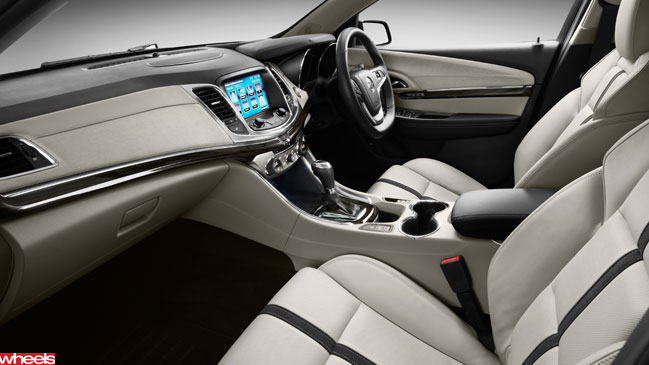