Here’s a quick brain teaser to get you warmed up. How many cars can you think of that were offered – in the same generation – in both front and rear-wheel- drive guises?

True anoraks might well be able to identify the Rover 75 or, if they have a real left-field view, the Renault 5/Clio.

Then there’s the Mk5 Toyota Corolla, another model which, for the most part was a front-driver but which reached its rear-drive apotheosis in the form of the AE86 Corolla Levin and the iconic Sprinter Trueno.

For a car that’s so delightfully ‘correct’ in its engineering, the Trueno has long carried a capacity to divide opinion.

Many can’t understand why a live-axled 96kW car with, let’s face it, barely enough power to get out of its own way, has become such a cult hero.

But there are others who fully appreciate why this car is held in such esteem. To trace its lineage, we need to go back to the start and a man called Shinji Ohira.

Ohira-san had been at Toyota since 1968 and was transferred to the Product Planning department as consultant engineer in 1977.

This is the man whose life has been dedicated to the Corolla, from the fourth-generation E70 of 1979 through to the 11th generation E160 model of 2012, Japan’s mandatory retirement age creeping up on him in 2015.

Of course, there were all sorts of packaging and cost benefits of an FF (front- engine, front-wheel-drive) layout, but Ohira hedged on the migration of sporting models to a rear-drive platform.

“With the sportier Levin, we stuck with the FR (front-engine, rear-drive) layout because an FF layout would reduce the sportiness of its performance. Although that, unfortunately, increased the variance within the series, we managed to gain the understanding of the production division and other divisions by setting out a clear policy of always using FF layouts with the sedan version, and then FR layouts with the sports coupes.

"We also added a hatchback called the FX (for ‘Future 2boX’).”

The Trueno – derived from the Spanish word for thunder – was sold through Toyota Auto Store dealerships, appearing in Japan in May 1983, and powered by the fizzy 4A-GE 1587cc 16-valve engine.

Now you may have seen a few confusing codes for this powerplant such as 4A-GEU or 4A-GELU so, in typically nerd style, we’ll clear those up for you here.

Ostensibly, they’re all from the same 4A-GE engine family, but the codes indicate which market these engines were destined for and, indeed, the orientation of the engine in the car.

The 4A-GEU as installed in the Trueno Sprinter is the engine that was used for the Japanese and European markets, while the 4A-GEC is the crippleware version for the US market with its strict emission standards.

The 4A-GELU is designed for a transverse fit – as in the original W10-gen Toyota MR2 – and differs because the manifolds were of an altered design to cater for the different intake and exhaust routing.

Since Toyota switched to FWD for all cars that used the 4A-GE after 1988, when the MR2 was replaced by the SW20 version, all 4A-GE engines from then on were in fact the 4A-GELU variant.

And while we’re at it, let’s clear up the difference between an AE86 Sprinter Trueno and an AE85 Sprinter.

These can look fairly similar but they’re chalk and cheese. The AE85 got the lame SOHC carb-fed 3A-U lump good for just 58kW, and it has no rear disc brakes and no limited-slip diff.

Unfortunately, it’s also the model that Toyota chose to import to Australia, which only adds to the full-fat Trueno’s local lustre. The Wheels road test in October 1983 is a lament to what might have been:

“There’s also hope that, in lead-free 1985, we will see the Sprinter with a more potent engine, one of the twin-cam multi-valve jobs now available in the Sprinter in Japan.

"Make the 400m time 17.0 seconds instead of 18.5, give the car a crisp bark instead of its present warble and, once properly suspended, the Sprinter would stand a good chance of becoming a baby hotshot of great appeal.”

Indeed, such is the yawning chasm in ability between the AE86, also known as the Hachi-Roku (86 in Japanese) and the AE85 (Hachi-Go) that there’s an episode of Initial D where the clueless Itsuki Takeuchi character buys an AE85 by mistake and suffers social embarrassment.

It’s like buying a Civic Type-S and thinking you’ve got the sporty one.

Much of the AE86’s social capital spawned from its success in Group A racing, but also the pivotal role it played in the genesis of Japanese drift culture, courtesy of drivers such as ‘Drift King’ Keiichi Tsuchiya and, subsequently, stars like Hiroshi Takahashi and Yoichi Imamura.

It’s key to know exactly what you’re looking at when buying, and here comes another bit of Hachi-Roku jargon.

If you’re heart’s set on a Trueno, you’ll then have to choose between a zenki or a kouki, which translate to early (1983-85) or late (1985-87) models, because there are some parts that are unique to each model.

The easiest way to differentiate them is by peering inside. Zenkis have red or blue interiors while koukis went with lower-key blacks and greys. There were also four JDM trim levels, including a rare Black Limited model, but most will be GT-Apex variants.

This was the most popular trim in Japan with velour seats and trim, tilt-adjustable steering, leather finishing for the gear knob and steering wheel, electric mirrors, and buyers could also option in electric windows and power steering.

The GT is a rare drum-braked thing, but the GTV is sought after despite some fairly low-rent vinyl trim and a greasy urethane gear-knob and steering wheel.

The centre console is more rudimentary and there’s no adjustable steering column, but keen drivers will probably think that’s a fair trade for a quicker steering rack, uprated dampers and springs and a heftier rear anti-roll bar.

Whichever version you buy, it’s possible to feel underwhelmed by the effort required to gain pace in an AE86. Despite weighing from just 970kg, it’ll take 8.5sec to reach 100km/h and make a fair old racket doing so.

In other words, despite its big reputation, it’s going to be smoked by a RAV4 Hybrid at the lights.

As a result, finding an unmolested car is next to impossible but, unlike most of the modern classics we’ve featured in these pages, that’s certainly no deal-breaker.

Companies such as Melbourne-based Shockworks have dialled-in their suspension upgrades for the AE86 and offer both street and track options that will transform wheel control.

Talking of wheels, the standard-fit alloys are dinky 14-inch items, but you’ll find superior tyre options by stepping up to 15-inch wheels which fill the arches a bit better and also help with access and cooling if you’re thinking of a big brake kit.

The engine responds well to a little old-school tuning. So if you can open up the breathing a little with a filter, replace the stock exhaust manifold with high-flow extractors and fit a less restrictive exhaust, that represents a solid start.

Fit a set of mildly hotter cams (don’t go more than 8.5mm lift) and you should be looking at around 115kW, which yields much the same power-to-weight ratio as a 2012 Toyota 86.

From there, the sky’s the limit, but costs rise too, so unless you’re absolutely intent on retaining the original engine, those looking for a truly hot AE86 will usually go the engine swap option.

MOREOpinion: The freedom of driving after lockdown

The 4A-GZE supercharged engine from the MR2 is a relatively straightforward project, resulting in 127kW, and the 147kW 2.0-litre inline four BEAMS powerplant from the Toyota Altezza RS200 is also popular.

The holy grail? Fitting Honda’s F20C from the S2000, but this will require some custom fabrication. It will generate around 186kW, giving a very crisp power-to-weight ratio while retaining the buzz-saw feel of the original.

As with most JDM cars of this era, rust can be an issue.

Notable water traps include the front guards, the spare wheel well, and beneath the boot seals.

Side intrusion bars will need to be fitted to the doors for ADR requirements, but many buyers will want to give the doors a little remedial attention anyway, as they can sag on their hinges after time and, while you’re at it, a refurb of the door catching mechanism is time well spent.

The five-speed manual is a reasonably trouble-free unit with wear on second and third gear synchros about the only thing to regularly rear its head.

Look for cars with a factory-fitted limited slip diff as they’re held in higher regard. Anything made of rubber in the suspension ought to come in for inspection, so look for tired bushings, ball joints and tie-rod ends.

The Trueno always had fairly relaxed body control, which was one reason why it was such an excellent car to learn the fundamental role of weight transfer in vehicle dynamics, and roll centre adjusters are a useful fitment to quell bump steer on lowered vehicles.

Source a sorted Trueno and you’ll understand why it makes such an excellent foundation.

The driving position is excellent. The unassisted steering requires some twirling at 3.3 turns lock-to-lock, but as long as you have quick hands, you have a reassuring margin for error when spooling on and off opposite lock.

The Trueno’s desirability lies in the fact that it offers a level of purity no longer readily available today. And as we increasingly crave connection and authenticity, its appeal will only ever grow.

MOREFive of the best rear-drive hot hatches from history

Who owns one? Dylan Campbell, Melbourne

"As the Editor of MOTOR Magazine [now Wheels], some might wonder why I own this of all things, but besides the acceleration feeling like it’s towing a small parachute, it’s everything I’m looking for when I go for a drive – light weight, revvy atmo engine, and rear-drive balance with proper connection. And it looks so cool!

"After lockdown, I’m getting Shockworks suspension, intake, cams, flywheel and exhaust to spice things up a bit”

Takumi Fujiwara, the 18-year-old tofu delivery driver from Initial D fame might well see his dad’s Sprinter Trueno as a better long-term asset than his pay packet because prices have skyrocketed.

So much so, in fact, that there’s big demand for ‘panda’ black and white cars that resemble the anime cartoon vehicle.

The bad: Getting very expensive; not very quick; plenty of crash repaired examples; interior not very durable; baffling appeal for non-JDM fans; you will never be as cool as Keiichi Tsuchiya 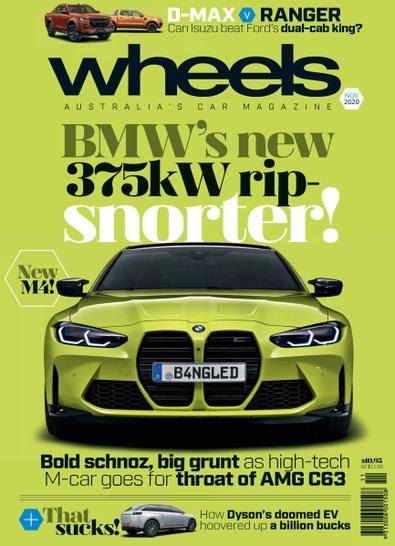