Staff Photographer Ellen Dewar captures perfectly the enthusiasm of young schoolboys staring in wonderment at the new Ford Mustang in this shot. As car enthusiasts, we can all relate to this moment, staring at a hot new sports car, wishing one day to find it in our own garage. We were all these kids at some point in our lives. 2. “Excuse me sir, may I please have some new tyres”

When Mark Skaife and Russell Ingall were brought together for one final Commodore vs Falcon track battle, one thing was guaranteed: plenty of tyre smoke. Chris Benny captured this moment of V8 Supercar legend Mark Skaife ripping a stonking burnout in the SS-V Redline. It’s an event replicated on backstreets around the country, but there is something special in seeing a motorsport star let their inner bogan loose and shred some treads. The request to Fiat was not a simple one, we wanted to shoehorn a full-size sumo wrestler into one of their new Fiat 124 Abarth Spiders. But they came to the party and helped organise an ex-pro sumo for the shoot, so it was up to Alex Inwood to give the man a drive and up to snapper Christian Brunelli to capture the magic. Thankfully, the subject was up for some fun, gladly posing for imposing shots in front of the little sports car. Just imagine this bloke as your passenger! Our man Inwood doesn’t have to – he’s experienced it for realsies. 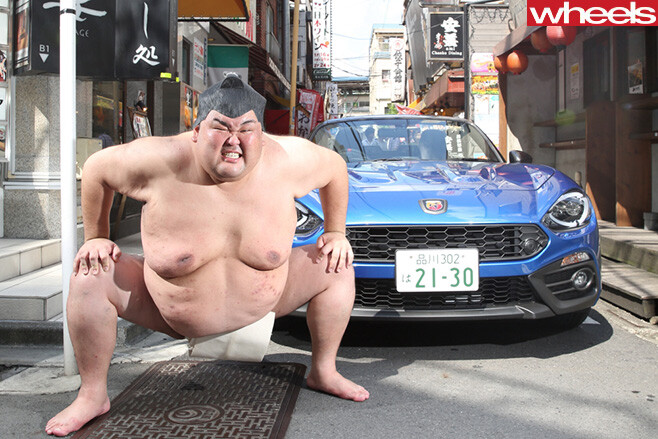 This shot from our Car of the Year issue captures the imposing snout of the Mercedes-AMG GT perfectly. Backlit in a pedestrian tunnel, the AMG strikes a daunting image to match its fearsome bark and performance. This is one of those images that you just could not plan for, captured during a roadtrip to Bathurst from Melbourne in HSV’s Clubsport R8 Track Edition. Early in the morning, photographer Thomas Wielecki and I spotted a low-flying crop duster. The accelerator was planted as we attempted to catch up to the plane for some unique shots. We were lucky enough to be witness to a dozen low-flying passes, the pilot playing up for Wielecki’s camera. The result, well, a picture tells a thousand words... 6. “Offroad? Don’t know what you are talking about”

Another Wielecki shot, this time capturing Nathan Ponchard cutting donuts in the Ford Falcon XR8 Sprint. It is typical Australiana, with a supercharged V8 Falcon doing circle work in the red desert soil. Suffice to say Ponch had his work cut out for him washing the car before handing it back to Ford, but the payoff was an image that couldn’t be any more Australian if we wanted it to. 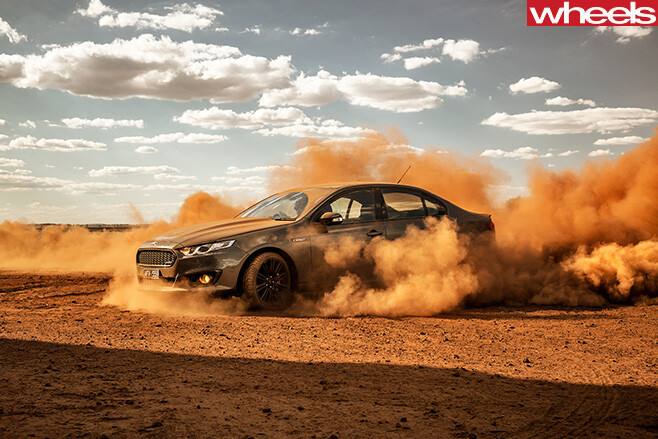 7. “The real stairway to heaven”

The Stelvio Pass is regarded by many as the greatest piece of bitumen on earth. This shot by Tom Salt exemplifies why this is. Somewhere amidst that spaghetti line of twisting asphalt is John Carey having a really difficult day at work in an Alfa Romeo Guilia QV. What a struggle. 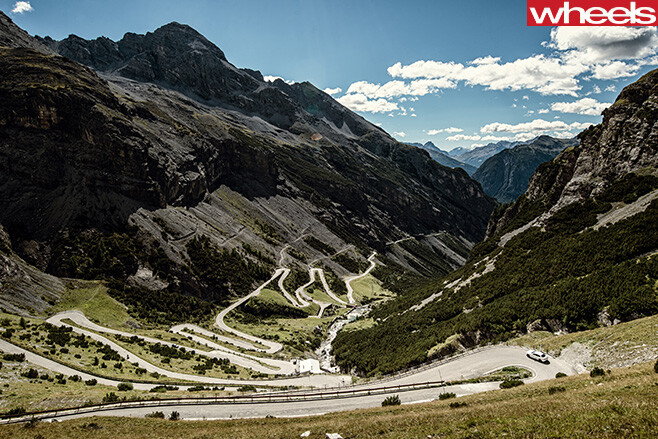 What better car to visit Australia’s very own royalty, than the Bentley Bentayga. Stephen Corby and Thomas Wielecki were the lucky sods to go bush bashing in the $400,000 Bentley SUV, to visit the Hutt River principality. This regal shot was the result.

Sometimes, the best automotive shot barely has a car visible at all. This rule is best demonstrated by Nathan Duff with his shot from the March 2016 issue. The glorious sight of the mountain ridgeline shows us a glimpse at motoring nirvana. Squint really hard, and you may be able to spot the Mazda MX-5 and Toyota 86 hidden within the shot.

How do you shoot a Bentley Continental Speed GT travelling at maximum velocity on the Stuart Highway in the Northen Territory? From a Helicopter. Of course. Mark Bramley gives us a glimpse of the space required to Vmax a car, shooting John Bowe with the British brawler’s accelerator pinned firmly against the firewall in this fantastic aerial shot.