Superior lighting performance and a mid-range price puts the Bushranger Night Hawk at the front of the pack.

The light pattern with the standard spot cover is superbly bright over long distances, and it combines with one of the better (not the overall best) wide-angle spread over short and medium distances. Plus it’s devoid of annoying, patchy shadows.

The clip-on cover (as much as they often tend to reduce light output) transforms this light into something akin to an LED light bar with an incredibly wide, strong beam. There are still no patches or shadows, and it casts a decent distance beam – not as concentrated or bright as the spot, but totally useable in its own right and potentially perfect when combining one spot and one spread beam. 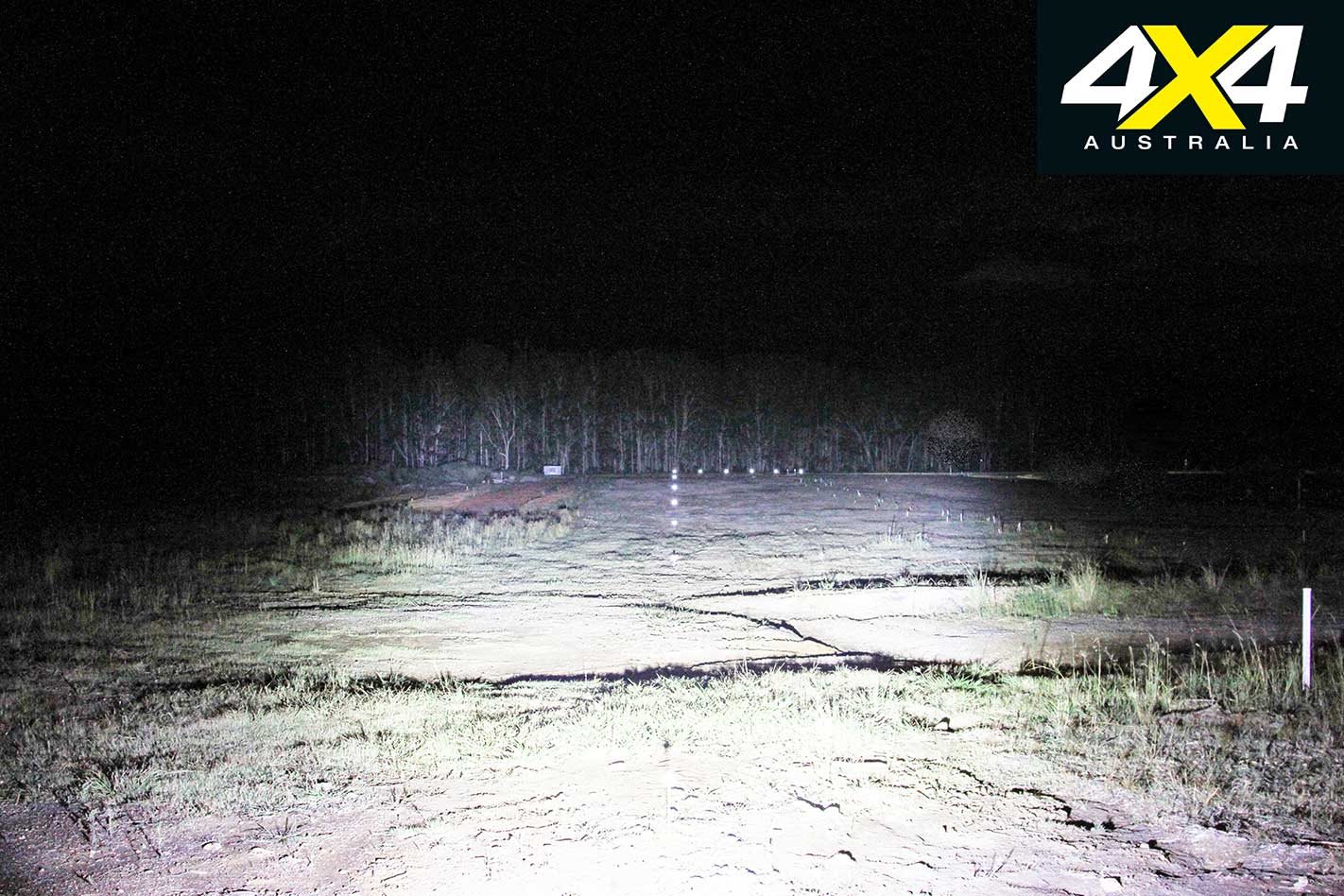 Using a pair with the standard spot beam covers would return adequate vision all around, while slipping one spread beam cover on for high-speed antics would improve peripheral vision for spotting wildlife.

Plus, using both wide-beam covers for low range crawling would maximise the vision required closer to your vehicle. Given we could still see plenty of detail at the extremities of our 350m test bed, there is also the likelihood that using the two flood beam covers during high-speed on-road driving may be practical.

The flow-through ventilation via inbuilt air ducts is another unique aspect of the Night Hawks; given they chew at 175W and measured 14.3amp on test, the engineers must’ve ‘turned up’ the LED’s outputs to maximise the safe light generation. Cleverly, Bushranger has incorporated an Active Temperature Control system to ensure this high power and light production isn’t detrimental to the workings or longevity of the LEDs. 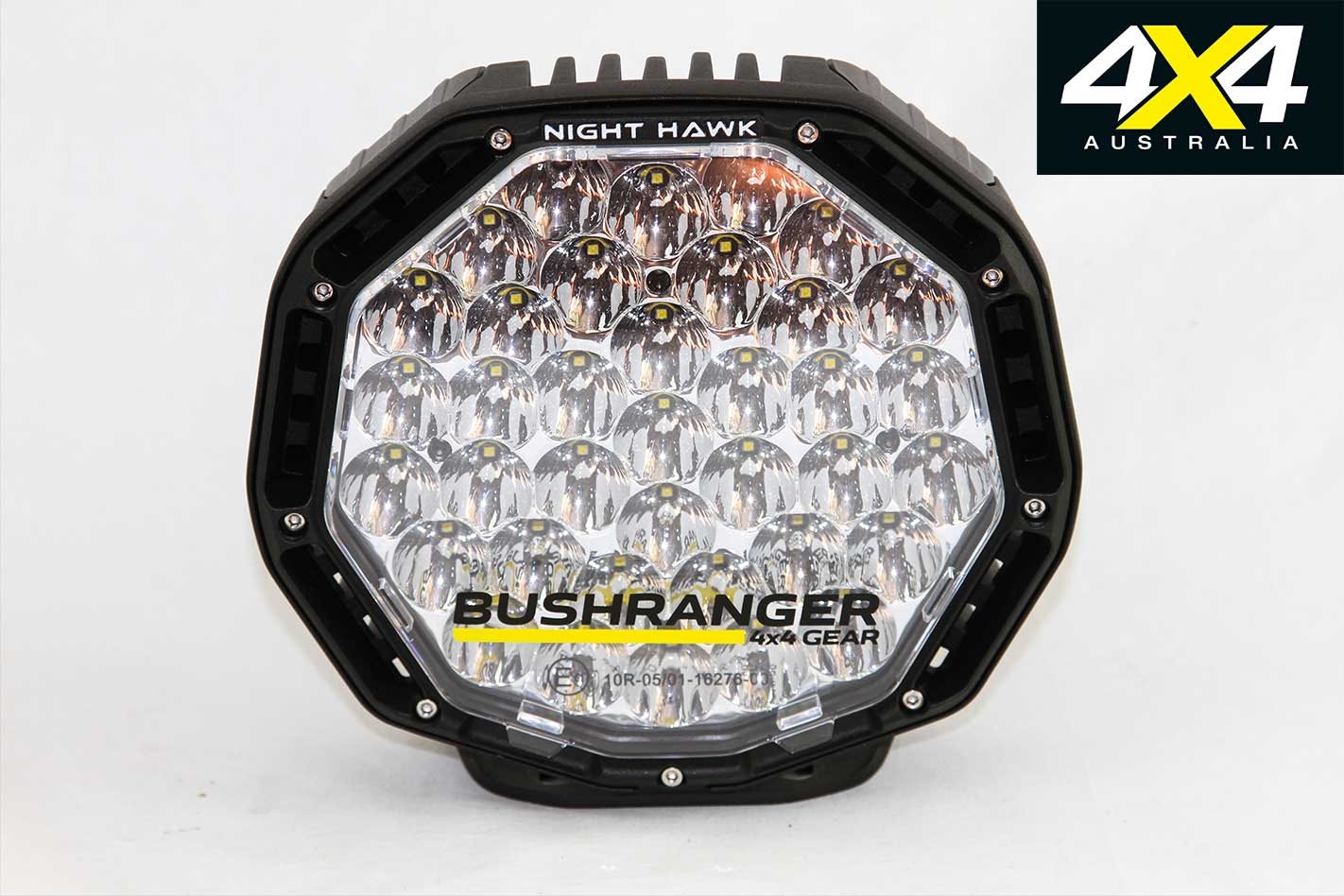 The simplistic yet rugged design of the fitting bracket is impressive. The Night Hawks should easily fit a majority of vehicles, especially given their overall lower height which allows for a lower than normal fitting space. However, perhaps one of the dual Allen keys for the vertical adjusters could be swapped for a hand-operated system to easier align the lights.

We didn’t wire up the VLI (Variable Light Intensity) loom, which allows for light dimming via a dash control. This adds $89 to the price and its overall usefulness isn’t conclusive.

The Night Hawks are priced in the middle of this pack, making this formidable driving light near unbeatable when combining specifications, inclusions and potential pairing with spot and wide beams. 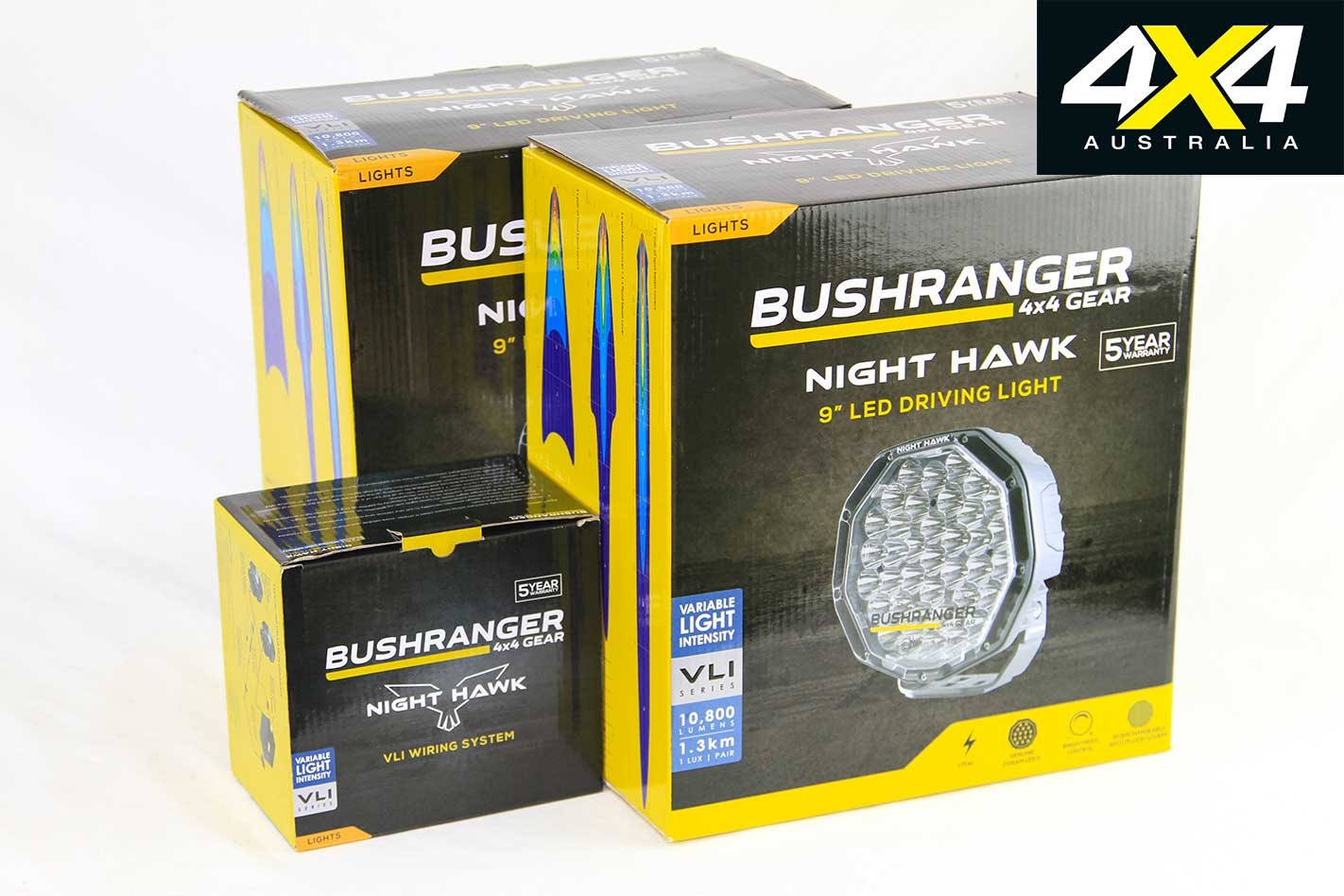 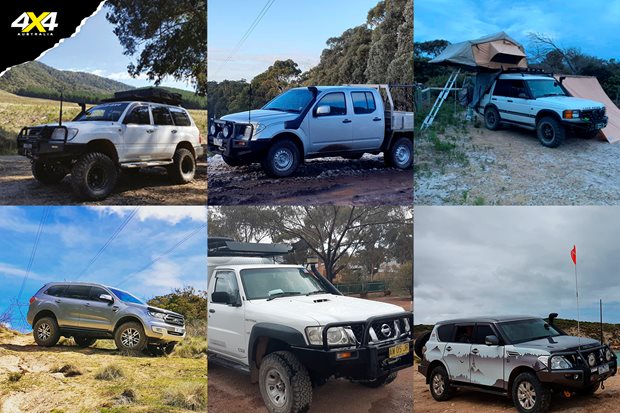