KIA has joined the growing number of mainstream manufacturers choosing to exhibit fresh metal at the SEMA show, with not just one, but two modified high-performance Stinger sedans on display at the Las Vegas show.

The first was handed over to renowned tuner and bespoke vehicle modifier West Coast Customs for a makeover that added meat to the Stingers wheel arches, dropped its ride height by more than 30mm, bolted on a set of 21-inch wheels and threw a selection of carbonfibre aero bits at the body.

Fans of the more muscular Stinger in custom blue hue could recreate a similar machine with a deep pocket and accommodating bodyshop, but the second of two showcars is perhaps more relevant to Australian owners looking for more instant gratification. 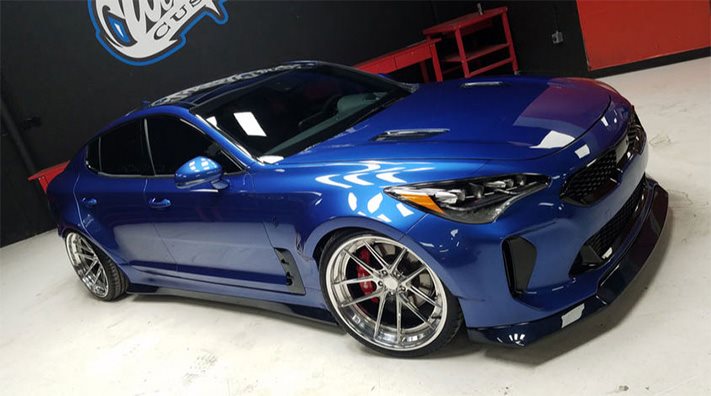 Rolling out in conspicuous orange paint, the second 3.3-litre V6 turbo GT Stinger debuts a number of tuning and styling parts supplied as original equipment from Kia North America. That means Stinger owners with a penchant for online shopping can apply a similar treatment on Australian soil.

Under its bonnet the Kia Stinger GT Federation has a pair of K&N air filters in place of the standard airboxes for a more show-and-shine look, while adding 8kW to the standard 272kW output. 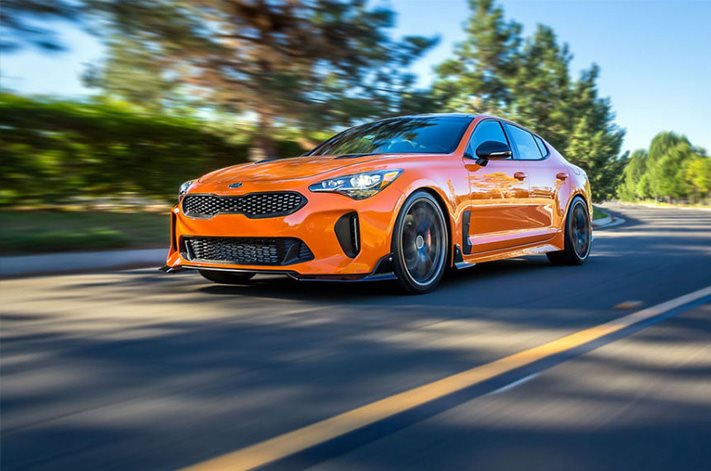 On the outside, a range of new aero parts bring a more purposeful look including bonnet vents, boot spoiler and redesigned rear diffuser, while a Borla exhaust completes the look while turning up the gain dial.

Underneath, a set of Eibach springs stiffen the ride for a more involving ride, complemented by thicker anti-roll bars and a 20-inch set of TSW Sprint wheels. 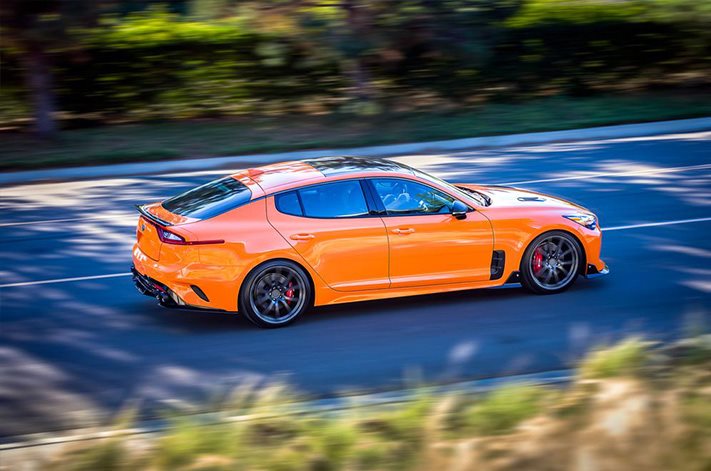