There’s a pointer to other manufacturers: check out this steering and damping

DOES anybody even remember that the Focus ST still exists? Ford’s forgotten hot hatch has languished under the extravagant side skirts of its extroverted RS sibling for ages, so frankly, little was expected from a series that struggled to see off the previous-gen Golf GTI back in the day. 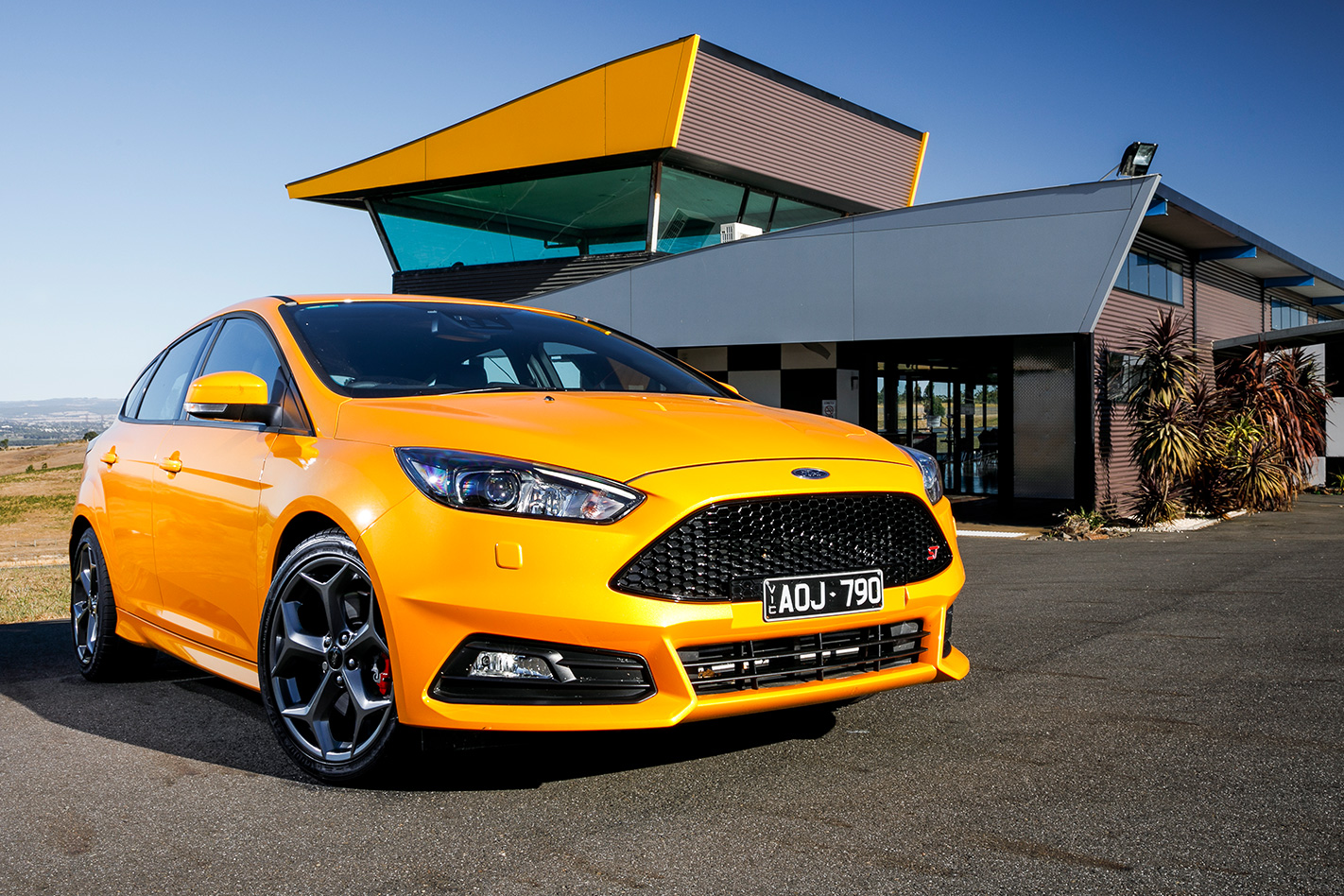 And who could blame sudden-onset amnesia? ‘ST’ (for Sport Technologies) might work for Fiesta but it’s meaningless in a Focus. The styling now seems heavy handed inside and out, AEB is a $2000 option, and the rear-seat package – while spacious – has all the charm of Tigerair, with roughly finished door pulls and no centre armrest, air vents or cupholders.

Knee-smashing dash ends, dour monotone plastics, rattly trim (from the Starship Enterprise lurking at the top of the windscreen), and auxiliary gauges that appear stuck-on with wood adhesive scream ‘don’t go further’. But at least the 2014 LZ facelift did banish the dashboard’s confusing button fest and Sputnik-era tiny screen for a more expansive multimedia set-up that works a treat. 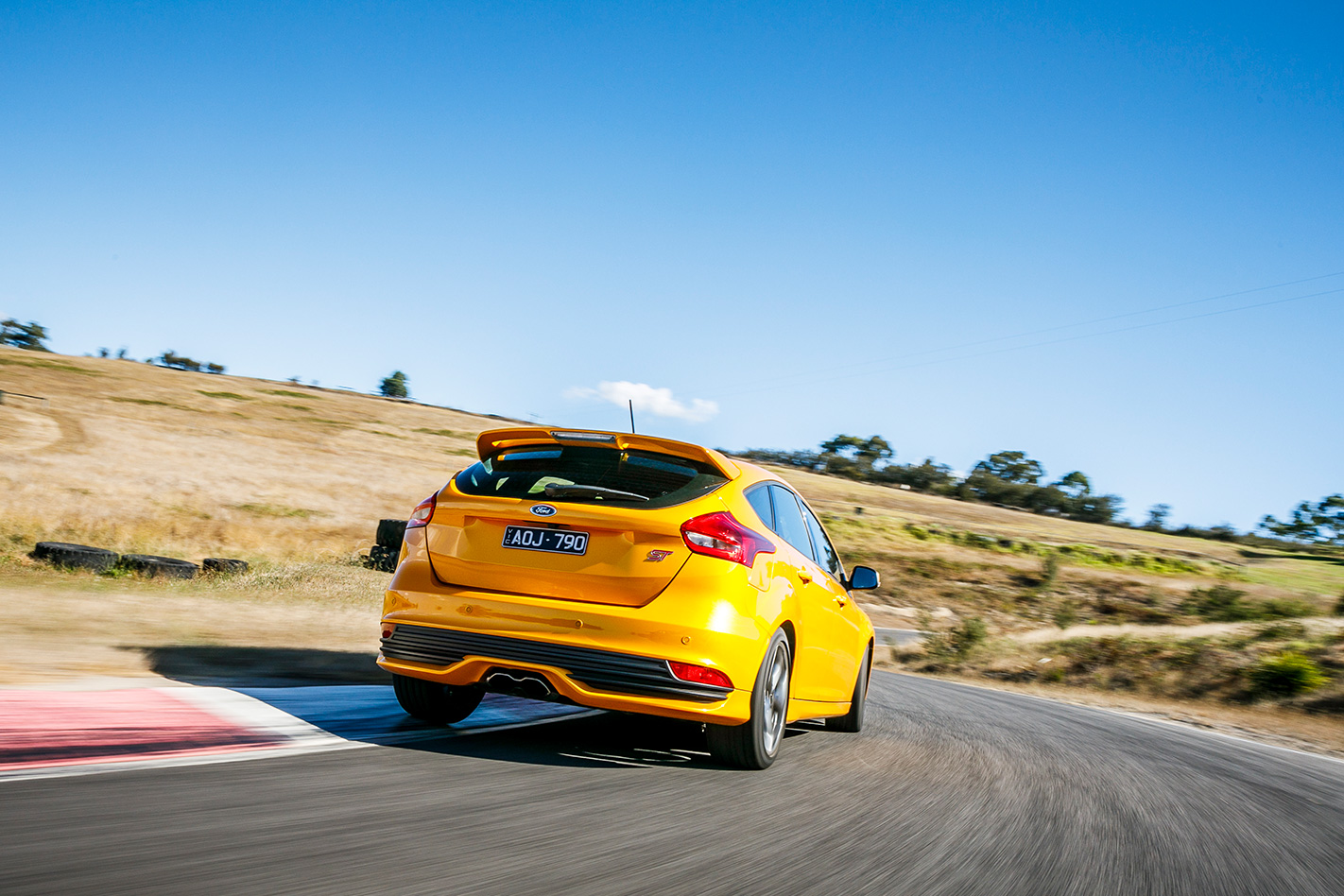 Equipment levels are generous, the Recaro front buckets are mounted low and offer brilliant support, the driving position is excellent, the steering wheel amiably chunky and the Focus’s handbrake is of the classic lever variety. Yes!

The last four items loudly telegraph the German-built ST’s intent because, on the move, it rises above any notion of being the lardy, hard-drinking, torque-steering lout that its G-Star leisurewear-like bodykit and dated alloys might suggest.

Although the throaty 184kW/340Nm 2.0-litre turbo boasts a decent amount of low-rev response (backed by a brief 360Nm overboost function as well as a fitting exhaust baritone), there just isn’t the instantaneous punch available for the hefty Ford to keep up with this group’s faster hatches, though you’ll have fun trying because the pleasantly positive gearshift loves hard work and the ratios are perfectly suited to the engine’s power band. 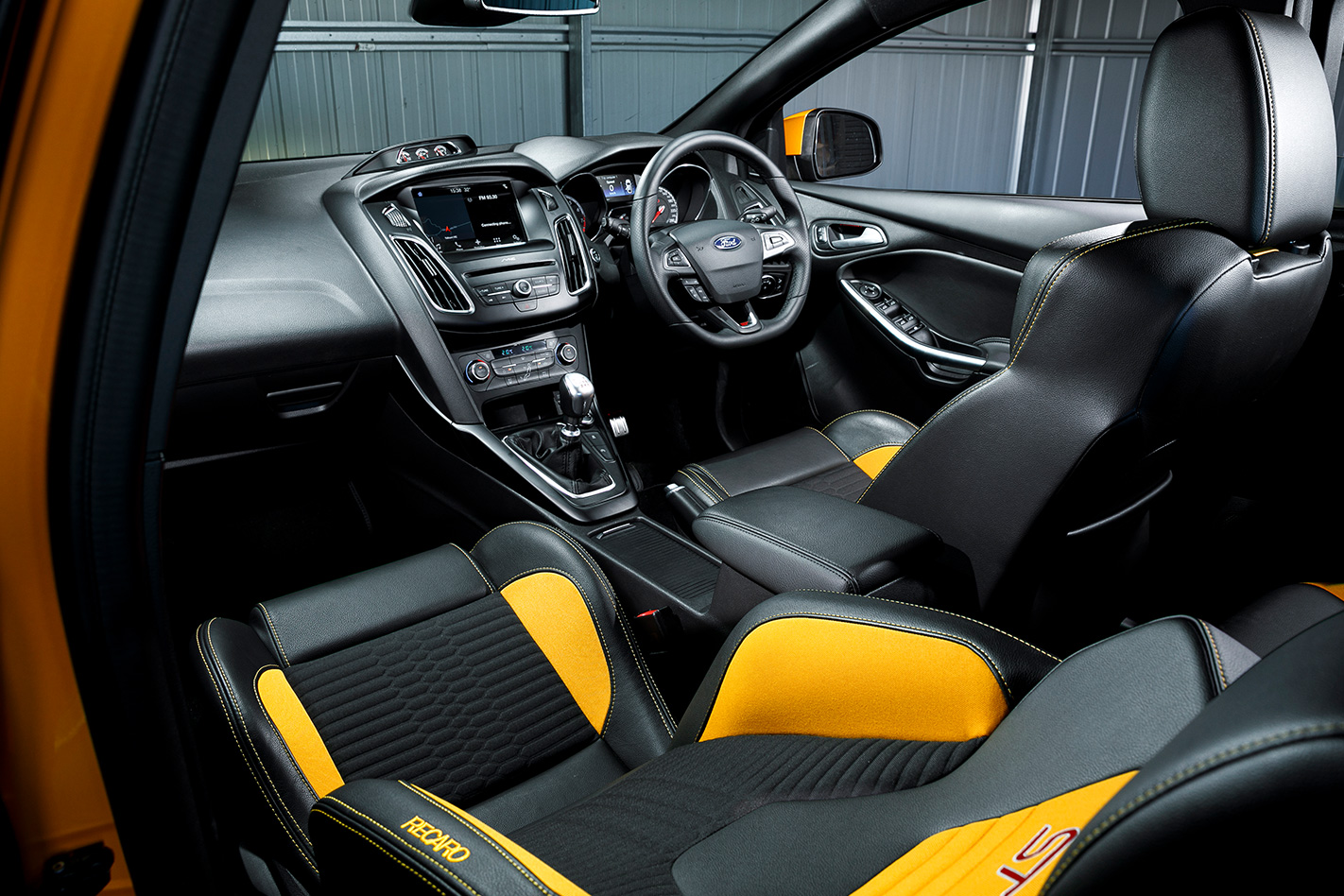 What really makes the ST special though is its delicious steering, which oozes tactility and feedback to an almost sensuous degree after experiencing the BMW’s bland helm. Like all great hot hatches, it draws you through tight turns, relaying what’s going on below but also filtering out the bad stuff, as fluidly as possible.

The Focus’s chassis feels tuned for fast, faithful and linear roadholding every time, even with its howling Goodyear 235/40R18 rubber. With traction control off, they even manage to put the available power down cleanly – on dry roads, at least, if not on a challenging racetrack. There’s also an underlying suppleness to the way the chassis deals with surface irregularities, making the Ford a pleasure to belt along at speed. 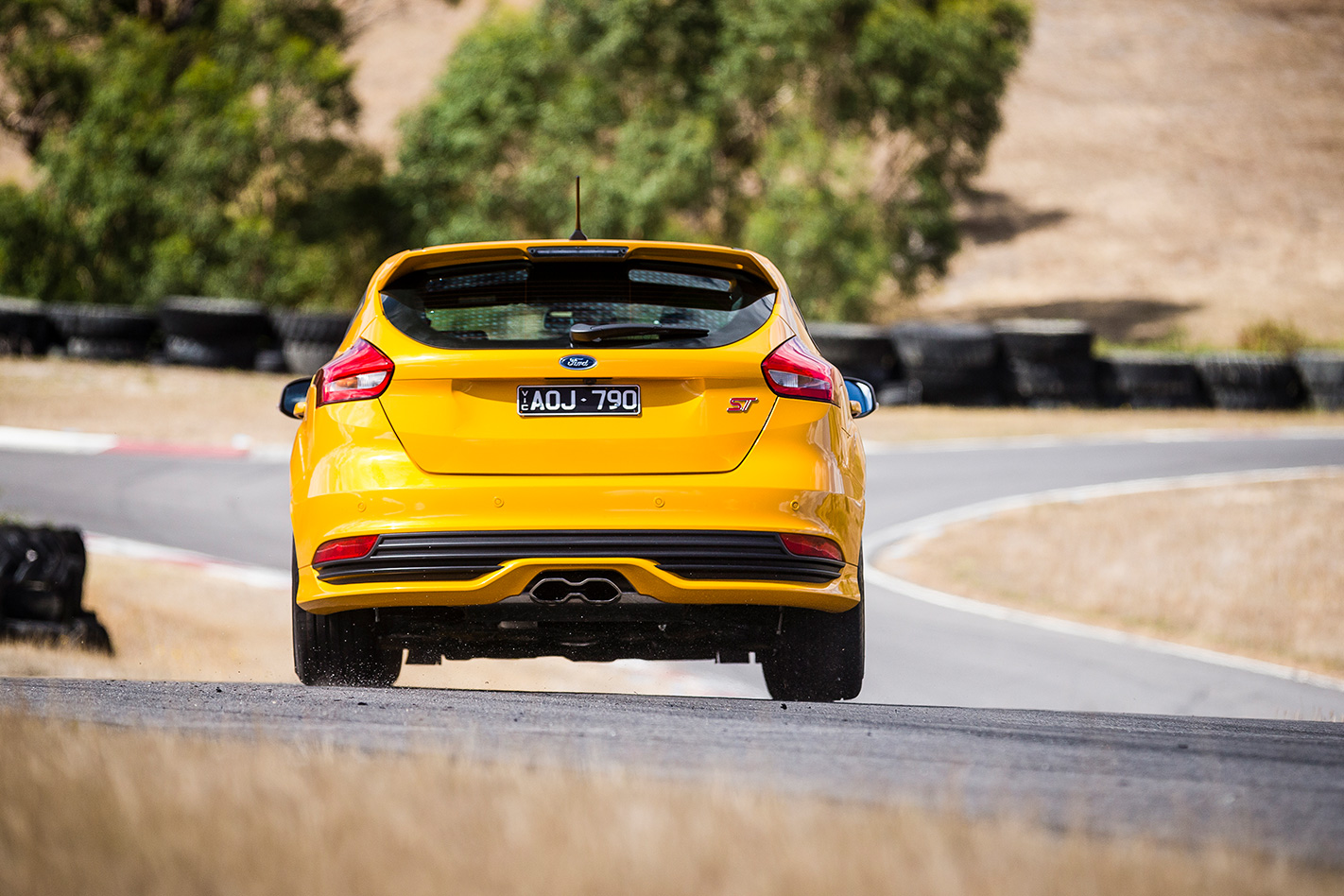 At the circuit, Renato felt the ST was crying out for an LSD, as it squanders power in unnecessary wheelspin, though he also acknowledged how fluent the handling is through less constricted corners.

“Because you’ve always got that power at the front end you can let it float and really drive it hard and tow the rear back in,” he said. “It did the same thing on every corner for every lap, which is really good.”

The more time you spend with it, the more you realise how remarkably confidence-inspiring the Focus ST is. Mechanically, it’s so sweetly balanced. Torque steer is contained, ride comfort is more than acceptable, and the overall dynamic refinement contradicts the loudness of the design inside and out. 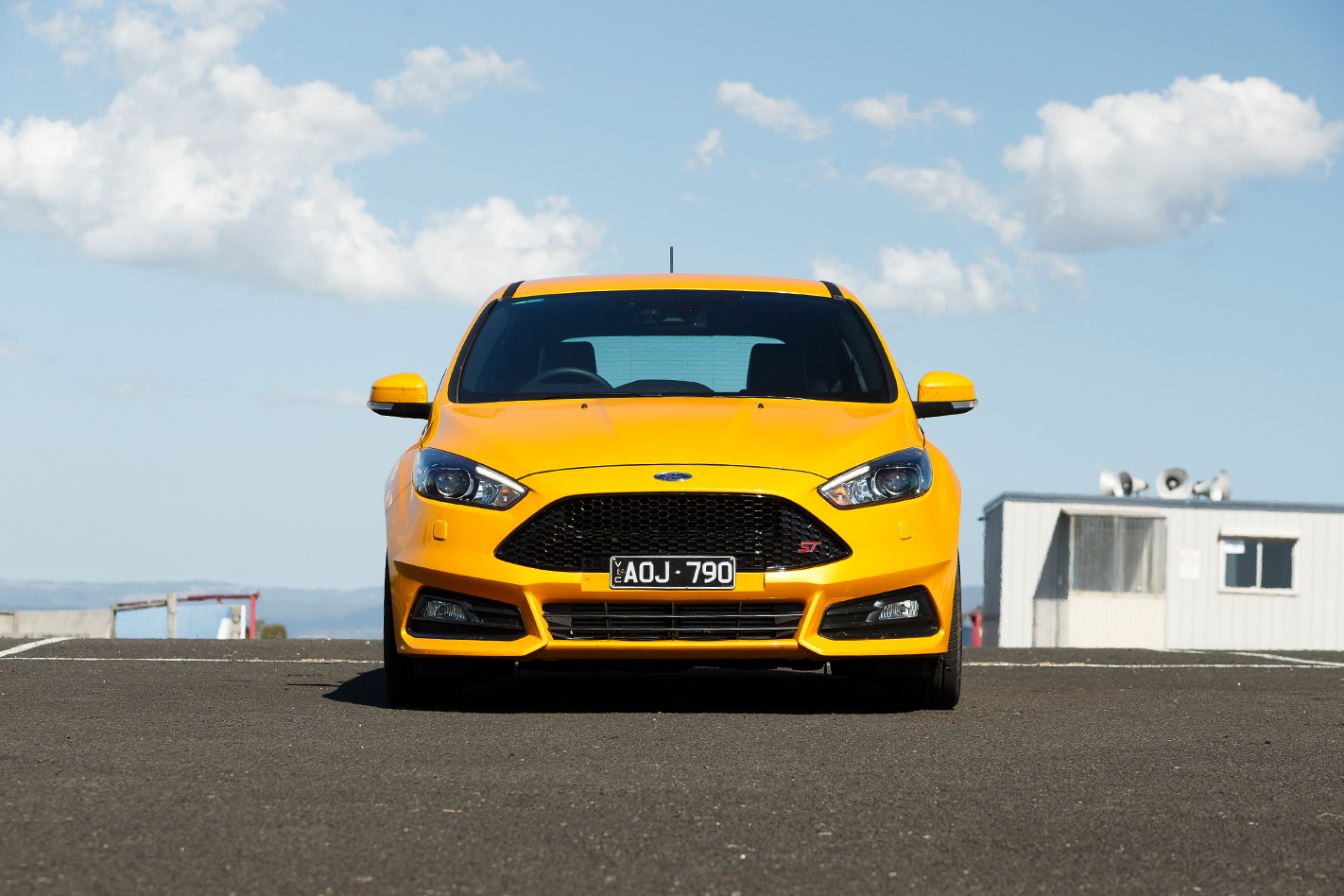 Even at the twilight of the outgoing Focus ST’s life, hot hatch fans would do well to remember this likeable, cultured punk once again. 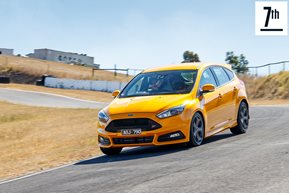 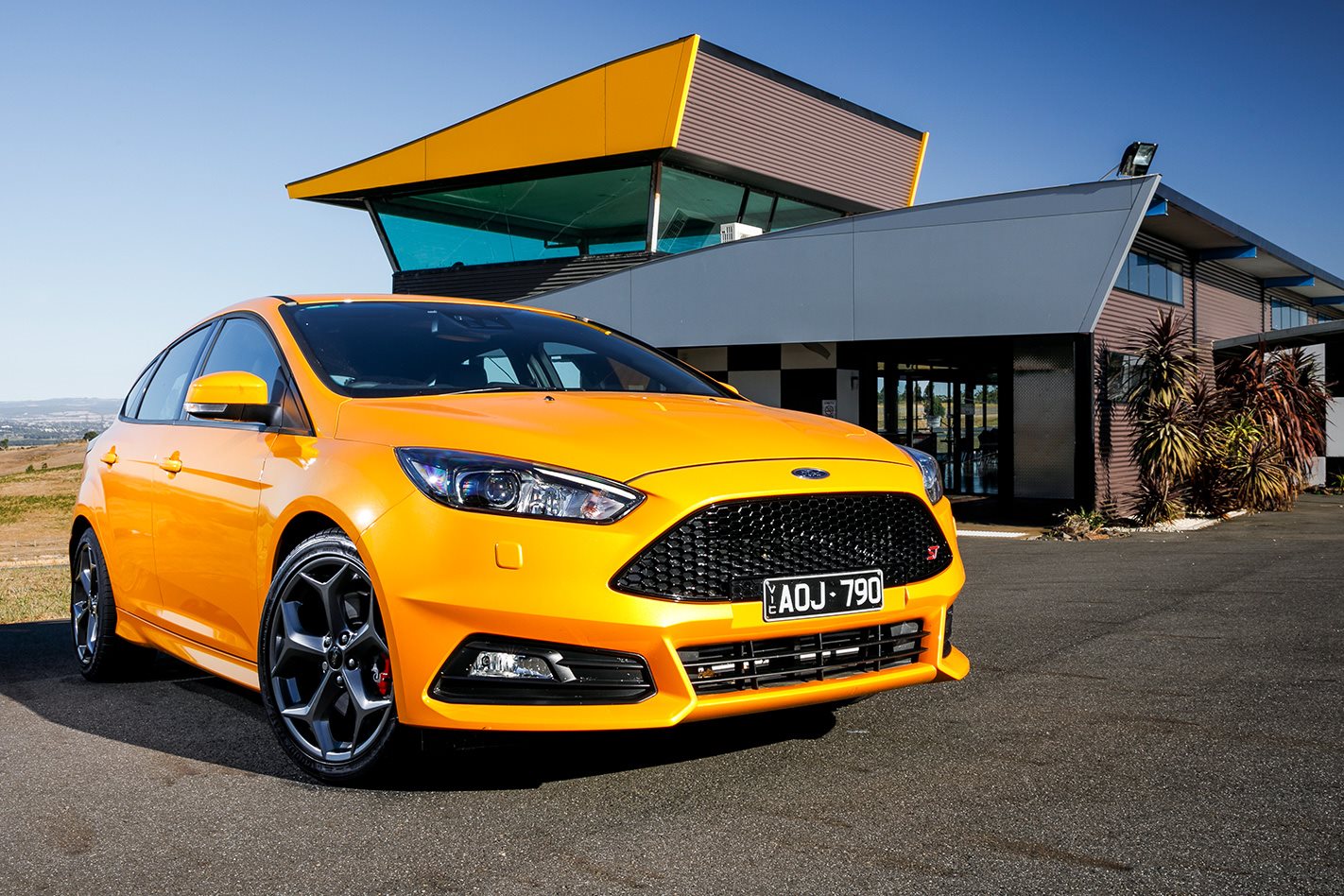 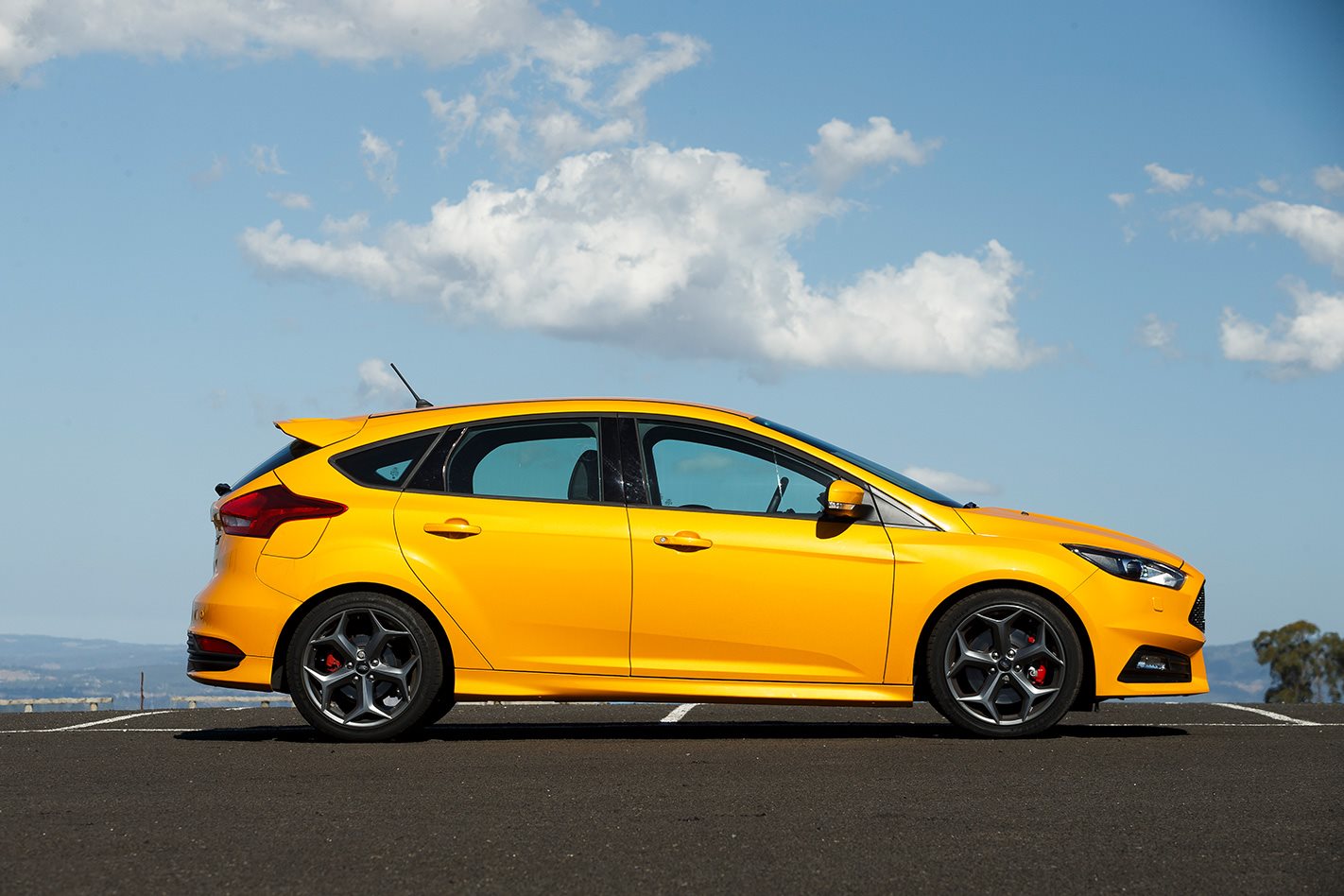 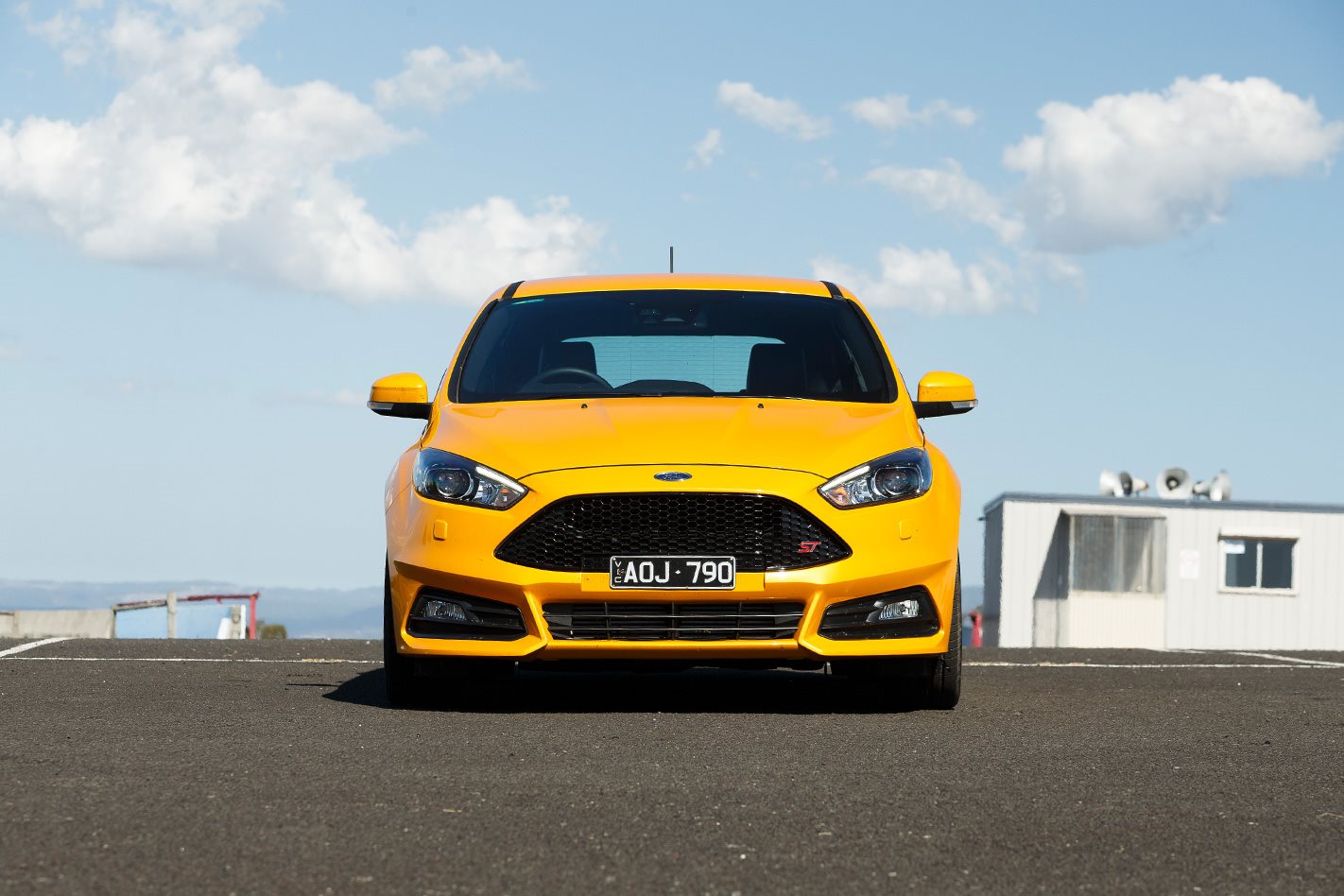 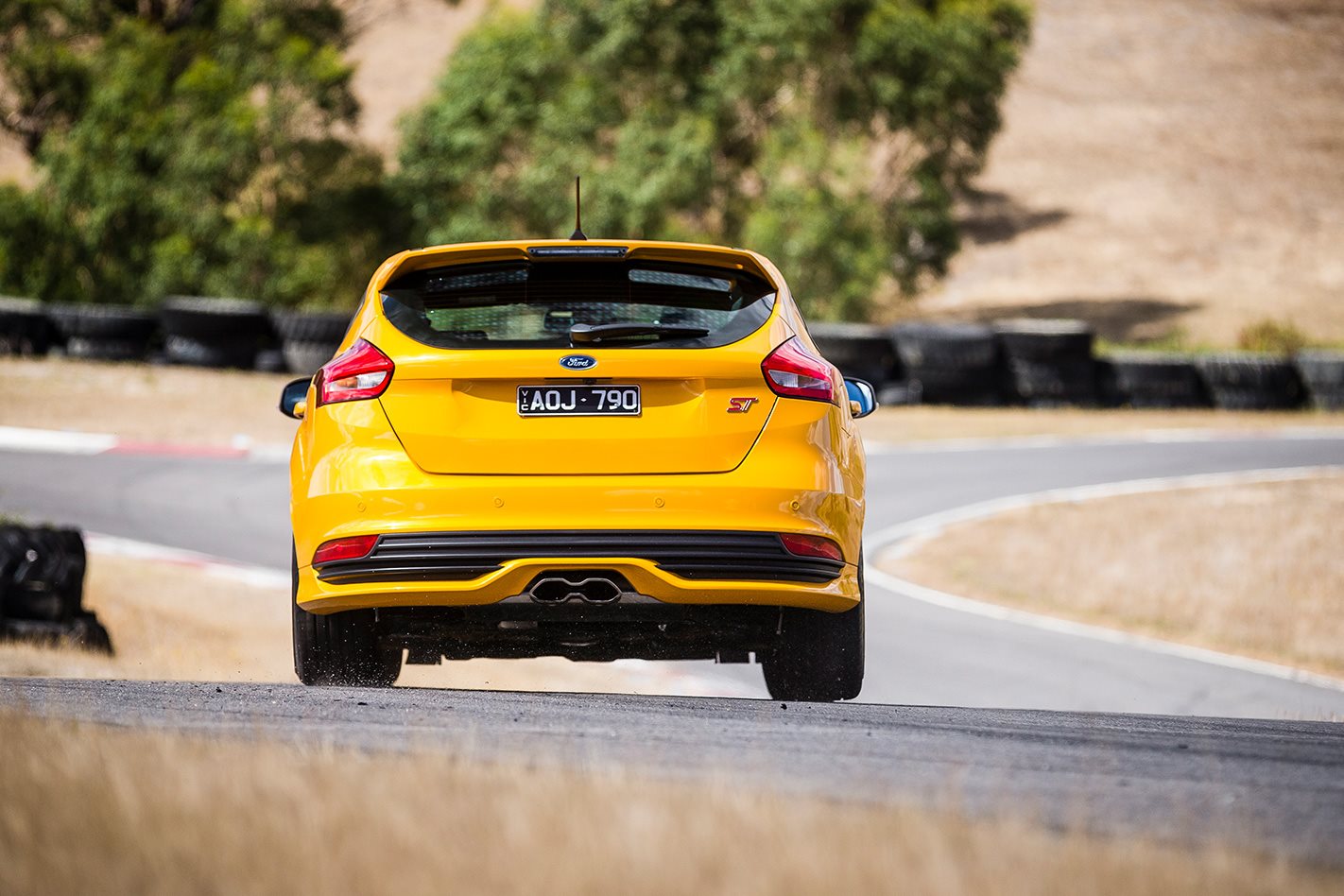 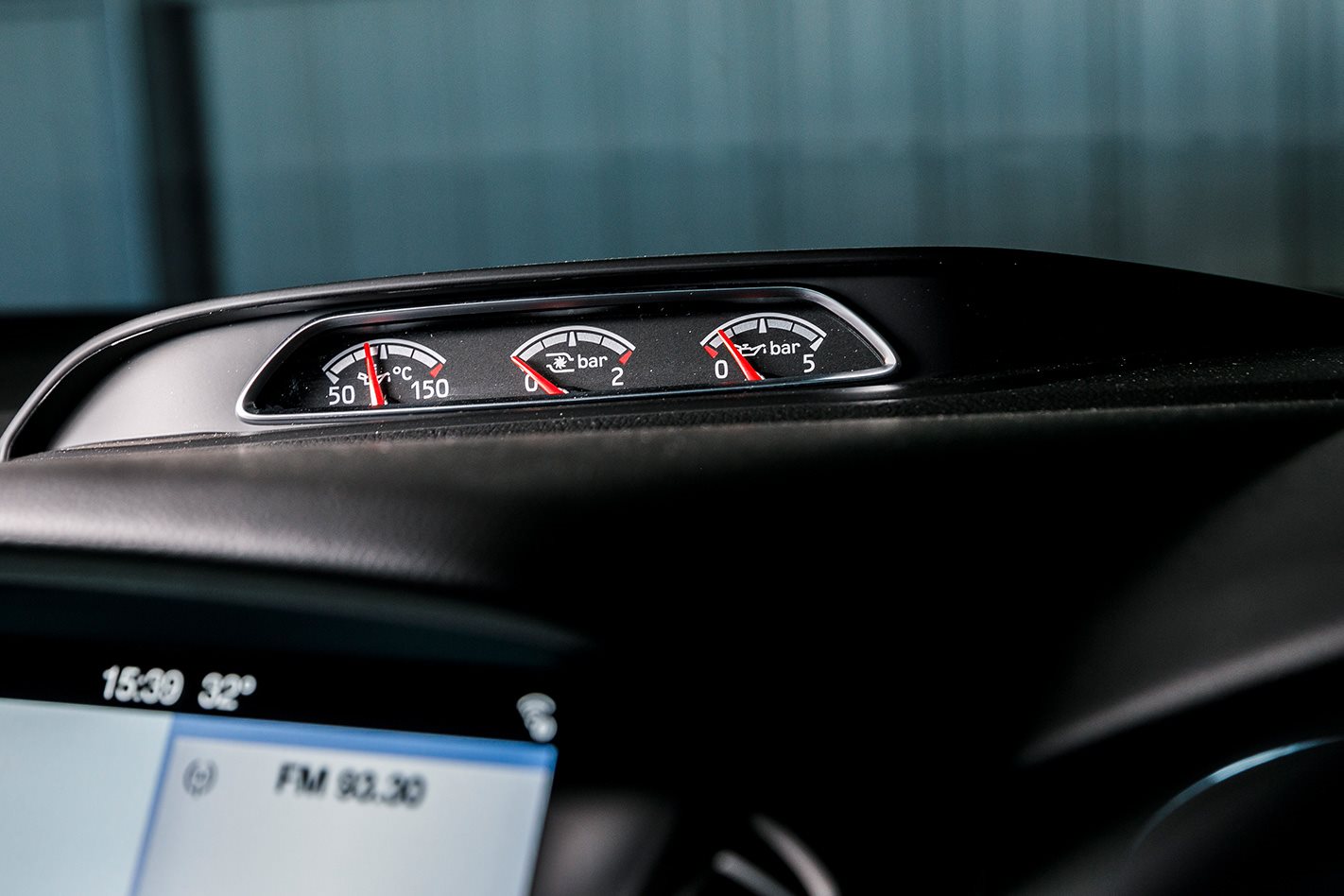 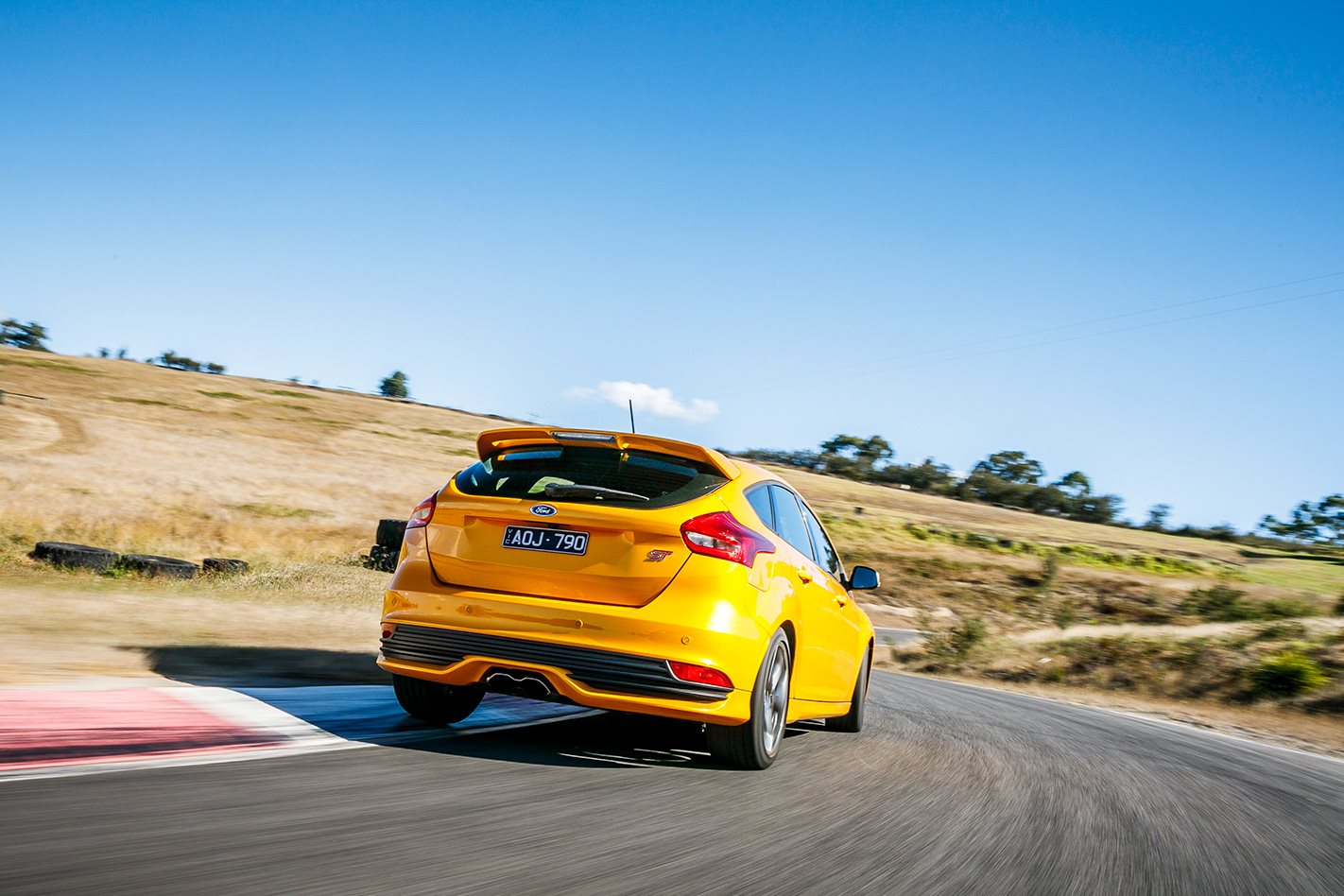 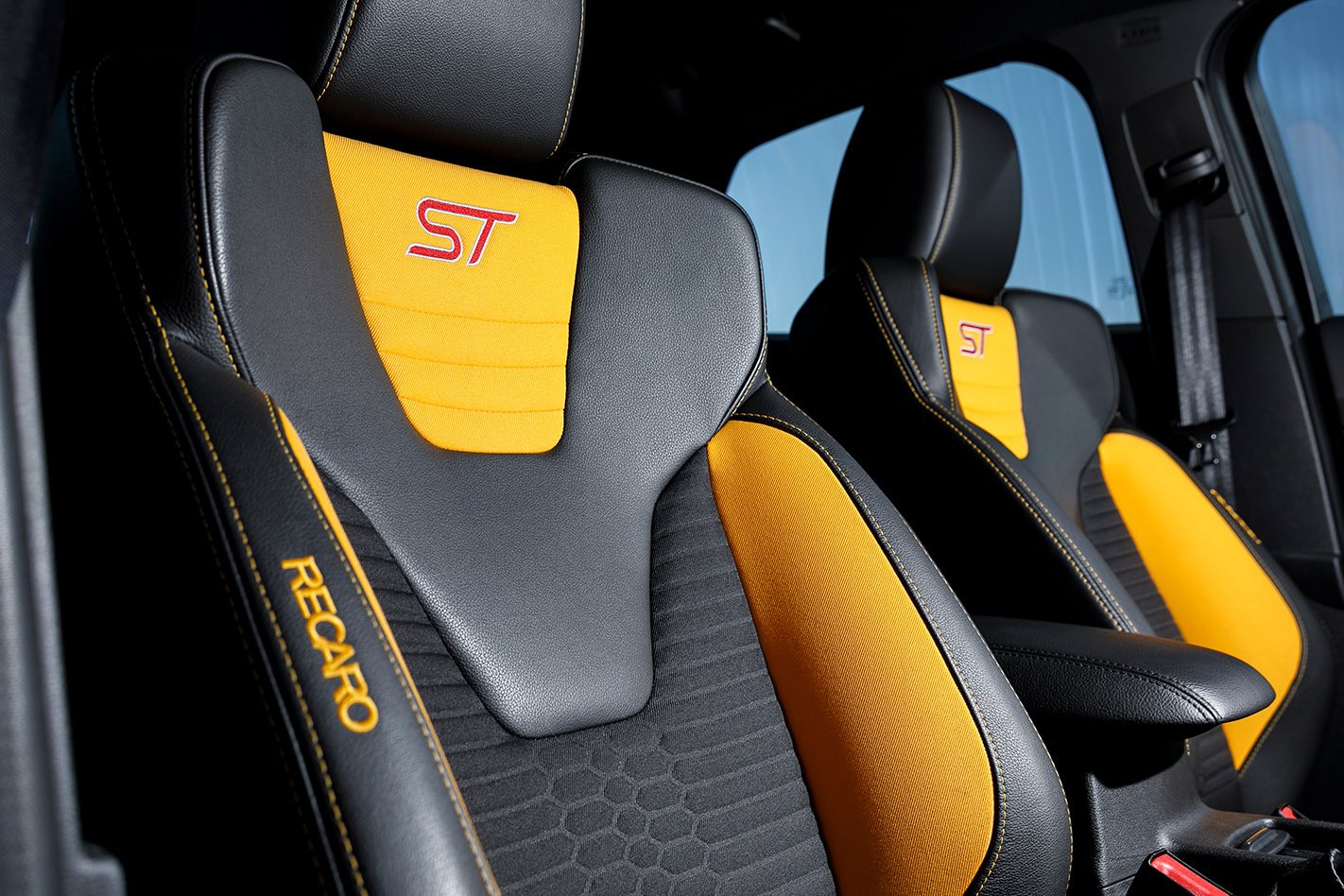 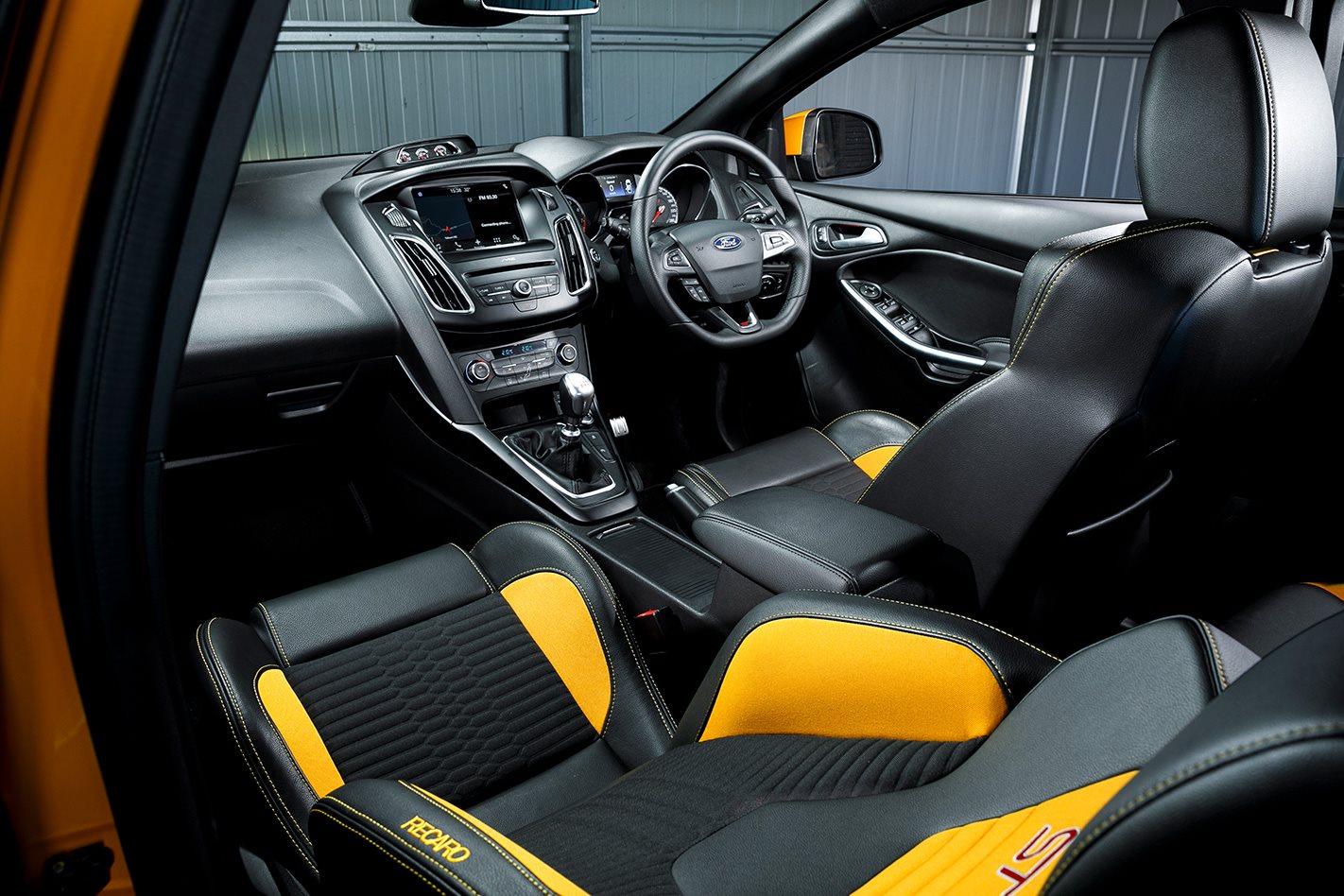