For any vehicle to be sold in Australia, it has to comply with certain (ADR) design regulations and a vast majority of these stipulations ensure that a car is safe for occupants and other road users. It’s the reason any vehicle you see in a showroom today will have multiple airbags, ABS, electronic stability control and a whole host of other advanced features that were once considered somewhat indulgent.

There are no special dispensations made for emerging trends including electric vehicles. It doesn’t matter whether you’re looking at a $45,000 Hyundai Ioniq or a range-topping Tesla upwards of $150,000, an EV has to jump through the same hoops as a petrol or diesel.

In that regard, all vehicles for sale in Australia including EVs are regarded safe enough.

However, the same unique feature that gives an EV its power source also presents a very new hazard and manufacturers are developing corresponding safety features to mitigate the risks. But does an EV’s battery make it any more dangerous than a regular combustion-powered car in a crash?

Just like a tank of highly combustible fuel, during normal operation, there is nothing unsafe about riding around with a large high-voltage battery of lithium-ion cells (the most common type in EVs today), but that can all change when things don’t go to plan.

Batteries damaged in a crash or by object impacts can catch fire and a number of incidents around the world have shown that the worst case scenario is not pretty. Once the flammable electrolytes in a Li-ion battery are alight it is incredibly difficult to fully extinguish the fire. 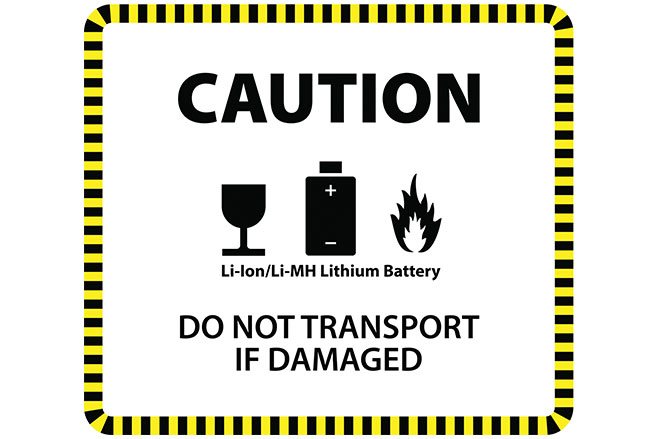 Some fire services hare recognised that the possibility of EV fires is inevitably increasing as more people embrace zero-emissions cars, and are preparing to fight the unique challenge with special equipment.

In March, a Dutch fire department’s specially built truck was given its maiden voyage, despatched to put out a BMW i8 fire. Instead of dousing the smoking car in water and foam, the $300,000+ sportscar was lowered into a bath of water for 24 hours.

The problem is that batteries are not only full of flammable materials and harmful chemicals, but their massive contained energy is also capable of restarting a fire many times over, even after it appears to be completely out.

In the quest to make batteries safe enough for vehicle use, manufacturers have a number of inherent challenges to investigate and overcome.

Even though modern vehicles are designed to operate without complaint in temperatures from minus 30 degree celsius to heat beyond 50 degrees, a lithium-ion battery has a much narrower range of operation – about 15 to 45 degrees.

The efficiency, longevity and safety of the battery relies on its ability to stay within this temperature range. To do that, EVs have sophisticated battery management systems which incorporate heating and cooling. You need only look at the Samsung Galaxy Note 7 saga to see what happens when a problem arises with battery management and temperature control or, put simply, design.

Clever cooling systems that use either liquid or air, along with close monitoring and management of battery load, helps keep the cells within their critical operational range. 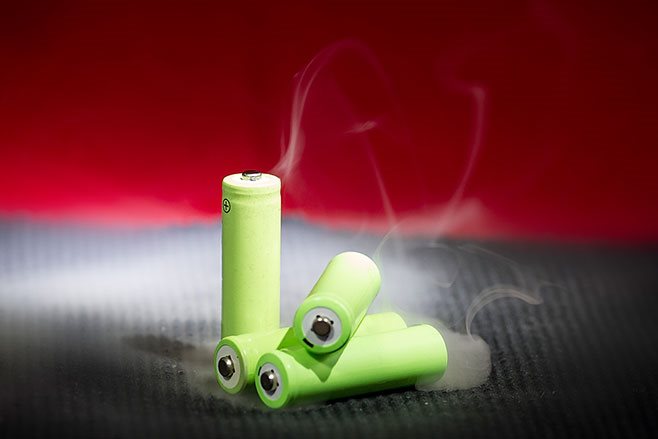 At temperatures of 60 and above, a battery is in the danger zone and at risk of so-called ‘thermal runaway’, which is an unstoppable chain reaction causing a fire.

Manufacturers are reinforcing battery casings with thick metal to reduce the chances of battery damage. As well, relocating the battery to central positions away from the most likely impact zones is also reducing the risk.

Batteries are heavy, large and require little or no maintenance, which means they can be tucked away deep in a vehicle’s structure and often as low as possible to benefit the centre of gravity. But that also means they can be very difficult to access if they are on fire. That’s why the i8 came to a very watery end in the Netherlands - the firefighters simply couldn’t get to the battery with their hoses or apply enough water to be satisfied that the danger was gone. 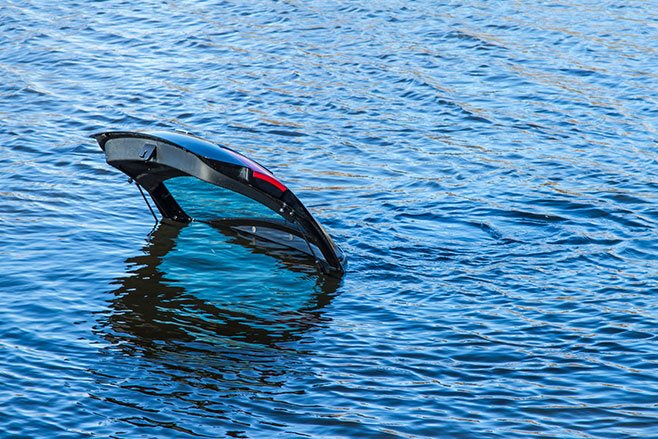 Vehicle design is addressing the problem and new EVs will allow the battery to be accessed more quickly. Like a petrol or diesel fuel pump that automatically shuts off, modern battery management also instantly disconnects the battery at multiple points, preventing the high voltage from starting external fires or endangering emergency service workers.

Under certain circumstances, the electrolyte in lithium-ion batteries can catch fire, but manufacturers are tackling this problem by dividing the battery into smaller cells with separating fire-walls. If one cell catches fire, it is prevented, or at least delayed from spreading to neighbouring parts of the battery.

Compared with an EV battery, liquid fuel can leak and flow away from the vehicle spreading the engulfed area. Petrol and diesel also requires special foam and chemicals to adequately attack when on fire.

Statistically speaking, there haven’t been enough serious electric vehicle crashes on the world’s roads to determine if the risk of fire is higher or lower than an equivalent petrol or diesel-powered car. 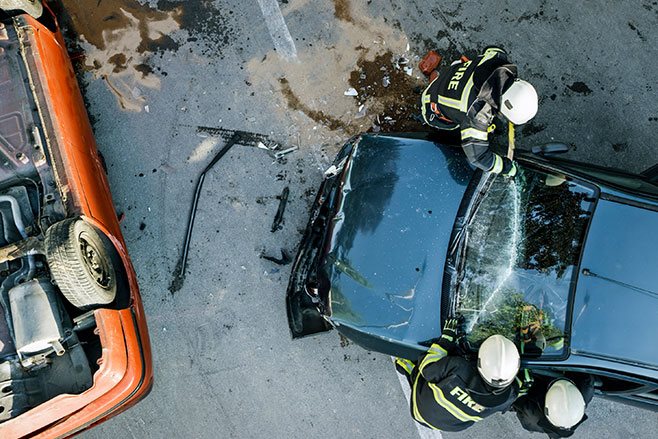 The good news is that all the mainstream manufacturers regard electric vehicle safety, including reducing the risk of battery damage and fire, as a high priority.

With ongoing research and development, vehicle fires caused by crashes have never been more unlikely thanks to increasingly advanced safety systems in both combustion engines and electric drivetrains.

While the exact answer is yet to be presented through comparable figures and real-world incidents, many electric vehicle authorities believe that EVs are destined to be safer than combustion power in every regard, not just the likelihood of fire following a crash.