Hyundai i30 vs Kia Cerato vs Mazda 3 – Which Car Should I Buy?

QUESTION - NICK:
I am considering a Hyundai i30 Active hatch with an automatic gearbox, or a Kia Cerato S hatch, also with an auto for everyday city commuting and occasional long distance round trips for work.

Is it worth the extra money to upgrade to i30 Active X or Cerato S Premium? Or is there another model I should be considering?

RESPONSE - BYRON:
The Hyundai i30 and the Kia Cerato share basic platform components, as Hyundai controls Kia globally, but the two small cars are designed and engineered by competing teams, and so have distinctive differences.

Despite having a slightly smaller engine (a 1.8-litre instead of a 2.0-litre four-cylinder unit), the i30 is the sportier and more involving drive, while the Cerato is a bit more soft-riding and comfortable.

We do recommend that you drive both cars, to find out which one you prefer, as each does offer a unique experience from behind the wheel that may outweigh the spec differences when it comes to your personal taste.

Having said that, on balance, we would go for the Kia, because it has a two-year longer warranty (seven years) than the Hyundai (five years). Additionally, the current (second-generation) i30 will be replaced by an all-new model in the first half of next year (it will debut internationally at the end of next month), while the Cerato will stay current for at least another year and a half before its all-new replacement arrives. This last point also means that the Cerato has a slightly better predicted resale value rating after three years. 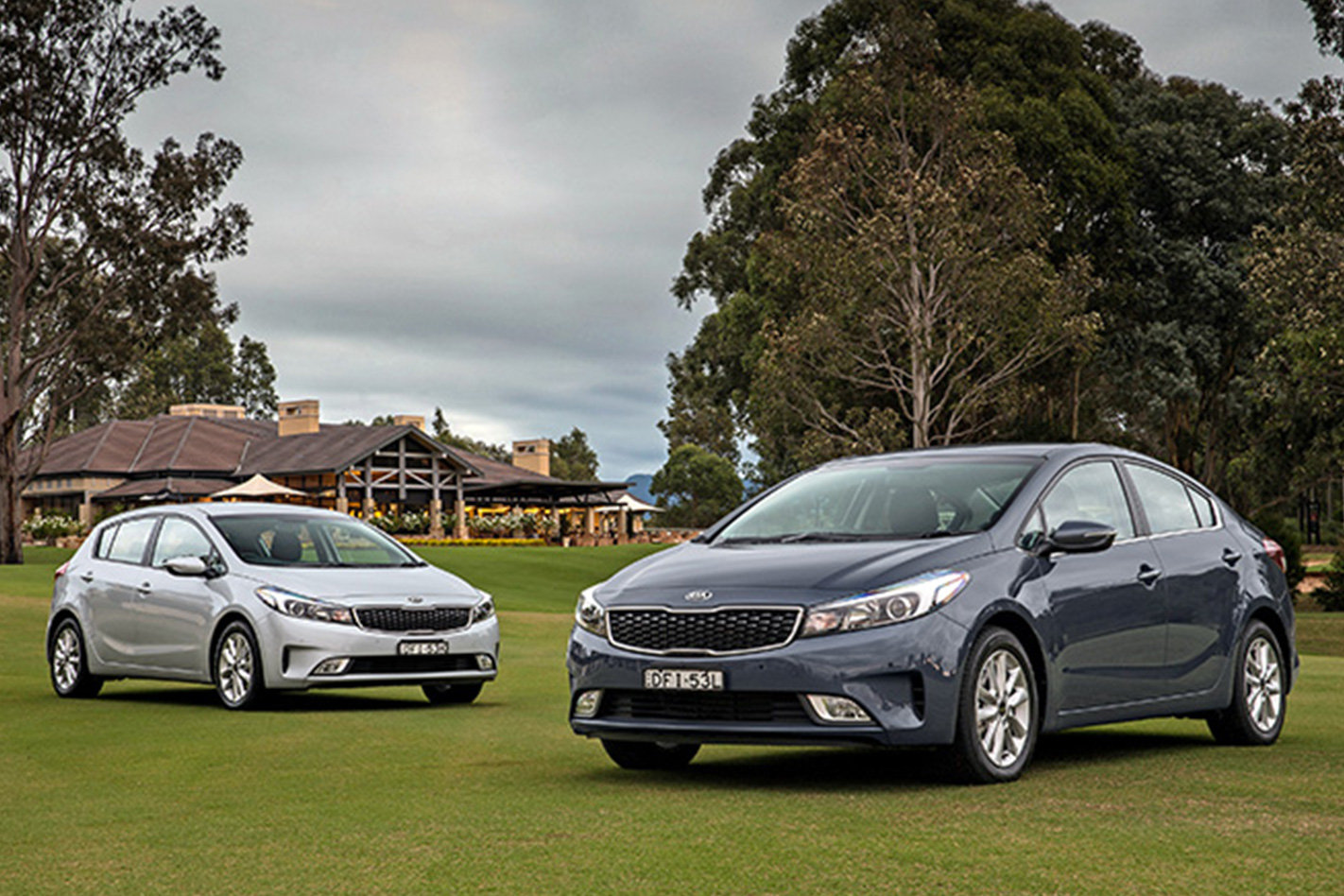 The question of upgrading is complex, because both these cars appeal chiefly on their low price/high feature balance. And both begin to lose their appeal significantly the more you spend. So unless the
dealer throws in an upgrade for little or no money extra, we do not see the value in spending a few thousand dollars more for an S Premium or Active X. However, in the Cerato’s case, we would tick the optional ‘AV’ Audio Visual box at $500, since it matches the i30 Active's reverse camera and Android Audio, and then adds automatic on/off headlights to the base S. And these items are genuinely desirable.

Still on the topic of spending more to upgrade, for about $25,000, we would recommend that you instead look at the Mazda 3 Maxx Series II, MY17 Skoda Octavia 110TSI Ambition, or Volkswagen Golf 92TSI; all three offer advanced driver-assist safety systems like Autonomous Emergency Braking (AEB), for example, while the Hyundai and Kia currently do not.

Note that the latter safety feature is also standard on the base Mazda 3 Neo Series II from $20,490 plus on-road costs. That might be the best value compromise of the lot.