The days are long gone when airbags and three-point seatbelts were considered high-end safety kit for cars.

The technology used to keep motorists safe has evolved rapidly over the past 20 years, which is fantastic news for car buyers, but what features should be non-negotiable these days and what features are merely icing on the safety cake?

Read next: The best aftermarket safety add-ons to fit to your car

In Australia some tech is legislated to be mandatory for passenger cars – such as electronic stability control and anti-lock brakes – but there are many helpful and potentially life-saving features that are not. So what should you be seeking out in your next new car when it comes to staying safe? 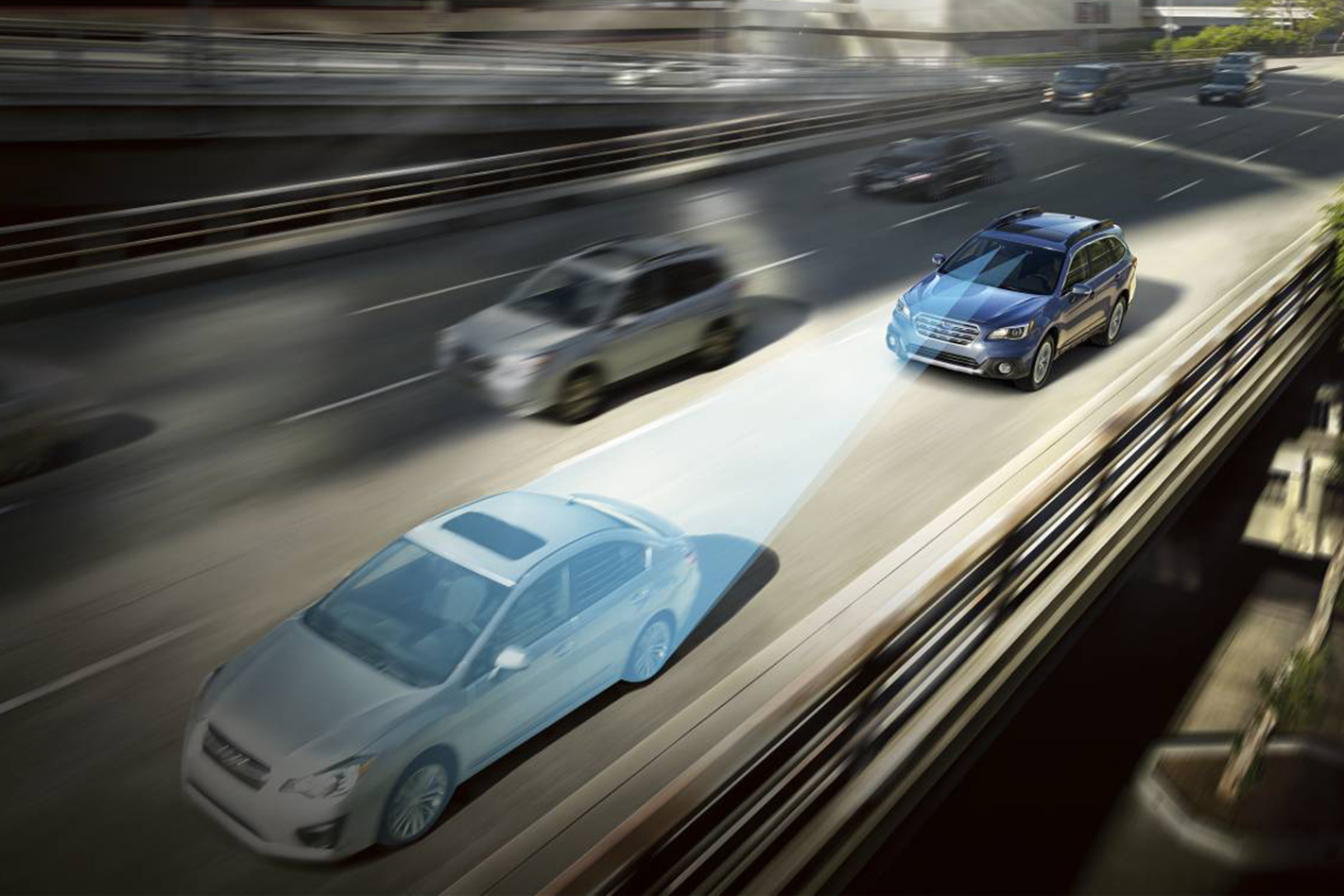 What is AEB: Also commonly referred to as emergency auto-brake or simply AEB, autonomous emergency braking uses forward-facing sensors (usually a laser or camera, sometimes a radar, and sometimes all three!) to monitor your distance from the traffic in front of you. If the car in front stops suddenly and the system detects that you haven’t braked sufficiently to avoid a collision, it takes over and slows the car down automatically. Some systems can even detect pedestrians, cyclists or animals at low speeds.

Why is AEB important: It’s always the responsibility of the driver to stay vigilant and monitor the road ahead, but sometimes it’s not possible to keep tabs on absolutely everything. Turning your head to check the lane beside you can sometimes be all it takes for danger to appear in front of you.

That’s where AEB comes in. It’s always scanning the road – and sometimes several cars in front of you – and checking how fast you’re closing in on obstacles ahead, whether that’s another car or something more solid. It’s not a substitute for an attentive driver, but it can make the difference between pulling up with space to spare or running into the rear of the car in front.

It’s worth noting that not all AEB systems are created equal. Many only work at lower speeds, while others function at highway speeds and have a longer detection distance. Be sure to read the brochure carefully to properly understand what your potential purchase is equipped with.

We've tested several AEB systems and found big differences between manufadcturers. You can read about the results here. 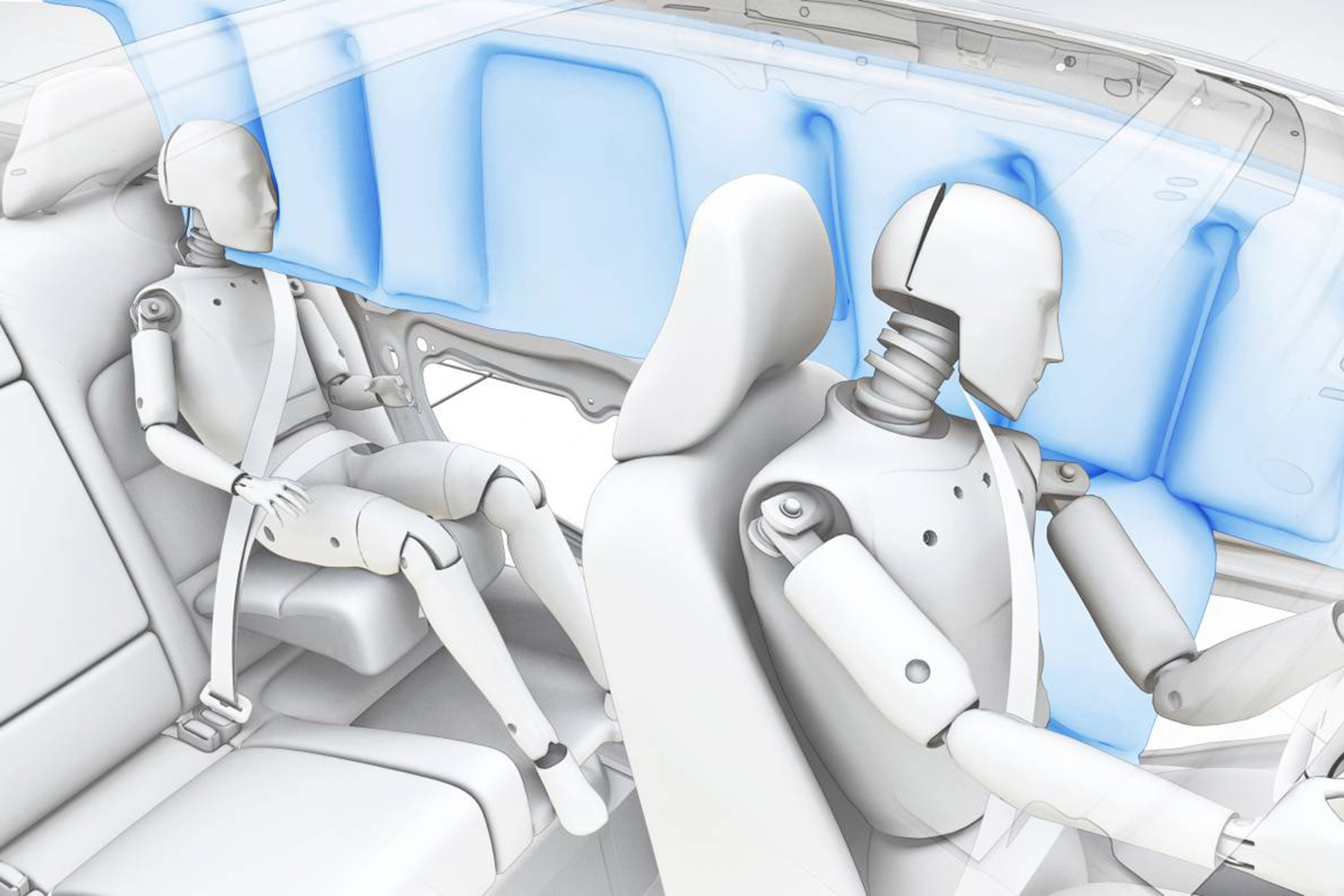 Airbags - more of them

What are they: Airbags have been around for decades, having first being introduced in the 1970s. But while dual front airbags for the driver and front passenger have been common since the late 1990s, in recent years the number of airbags fitted to passenger cars has risen to at least six – two front ones, side airbags for the front seats and curtain airbags that extend across the front and rear seats (and often the third row, too, in some but not all larger cars).

But some cars come with even more than that, with side airbags for rear occupants, seatbelt-mounted airbags and knee-level airbags available.

Why are airbags important: Though your seatbelt remains the most important restraint in a crash, airbags work wonders by helping lessen the shock forces encountered in an impact. By cushioning more parts of your body, your chances of survival are not only dramatically increased, but you may even be able to walk away with barely a scratch.

Rear side airbags are a good idea if you regularly carry passengers, while head-protecting curtain airbags should be considered a must-have due to their ability to minimise the chances of brain injury in a side impact.

It’s worth noting that a higher airbag count than six doesn’t necessarily mean the car is safer. Sometimes extra ones need to be engineered in to provide an acceptable level of protection.

What is it: Electronic stability control (ESC) is now mandatory for all new passenger cars and SUVs sold in Australia, but not all systems are as capable as each other.

Stability control is a blanket term that covers any kind of computer-controlled regulation of traction and vehicle slip, but can also cover other features that help rein in swaying trailers, promote cornering grip and also reduce the chance of a rollover in tall SUVs.

Read next: Valeo can make your trailer invisible

Why it’s important: If you’re buying a new passenger car in Australia you’re guaranteed some form of electronic stability control system, but when examining your shortlist be sure to delve deeper to see exactly what kind of capabilities are included.

All of them will help keep get the car pointing straight again if it starts to skid out of control, but some will prevent the car from ever getting into a dangerous situation like that in the first place. 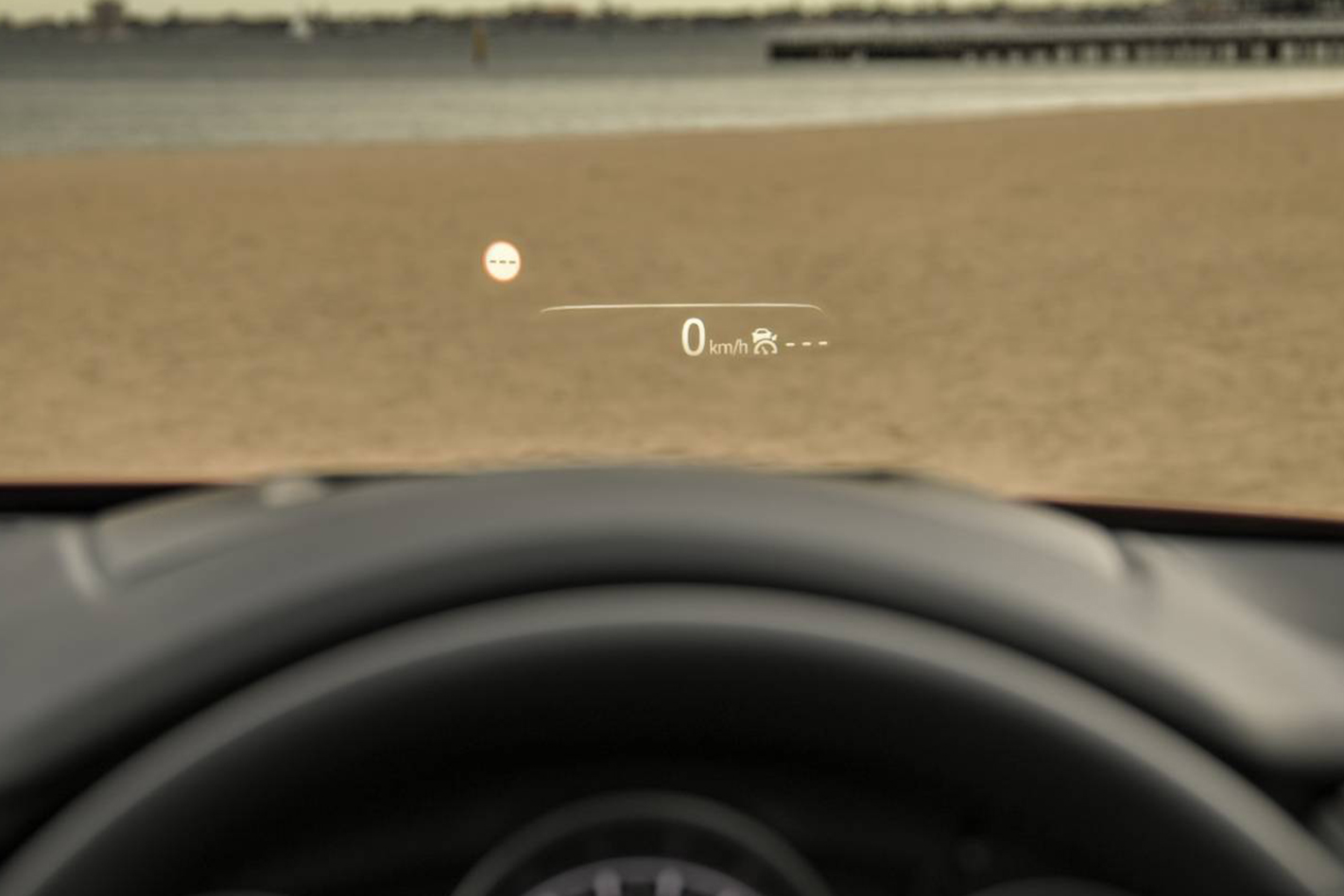 What is it: Head-up display (HUD) projects crucial driving data such as your car’s speed and upcoming sat-nav directions directly into your field of view, either by bouncing light off a small transparent panel or off a special part of the inside surface of the windscreen.

Why it’s important: Similar to displays used in military aircraft, a head-up display can be invaluable to drivers as it enables them to keep their eyes up and looking out of the car, rather than constantly flicking down to check on their speed.

Read next: The military origins of today's car tech

Distracted drivers make mistakes, but this piece of tech removes one form of distraction and is far from a gimmick. Though still relatively rare in the more affordable vehicle classes, the presence of a head-up display should be an important factor when weighing up what car to buy next. 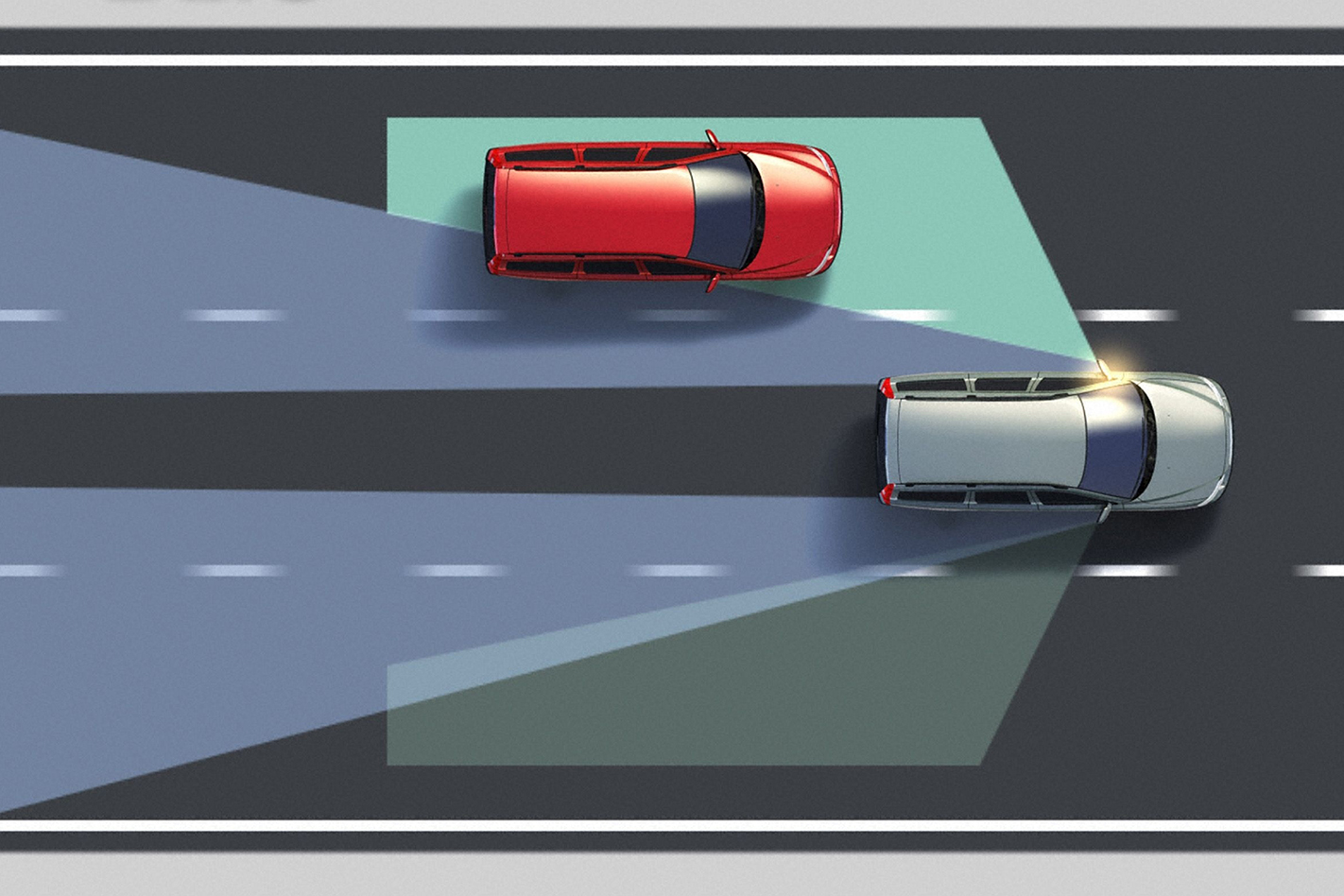 What is it: A piece of technology that keeps a virtual eye on traffic around your car that may be lurking in your blind spot – the areas to the rear and sides that are often invisible to wing mirrors yet big enough to hide a car, truck or motorcycle.

Why it’s important: By virtue of their design, some cars have large blind spots – and it’s often the biggest and heaviest SUVs with small rear windows that are the culprits. By using the short-range parking sensors embedded in the rear bumper (or sometimes a camera-based system), blind spot monitoring will sound an alarm if you put your indicator on to merge into an adjacent lane that’s already occupied by another car, truck or motorcyclist. 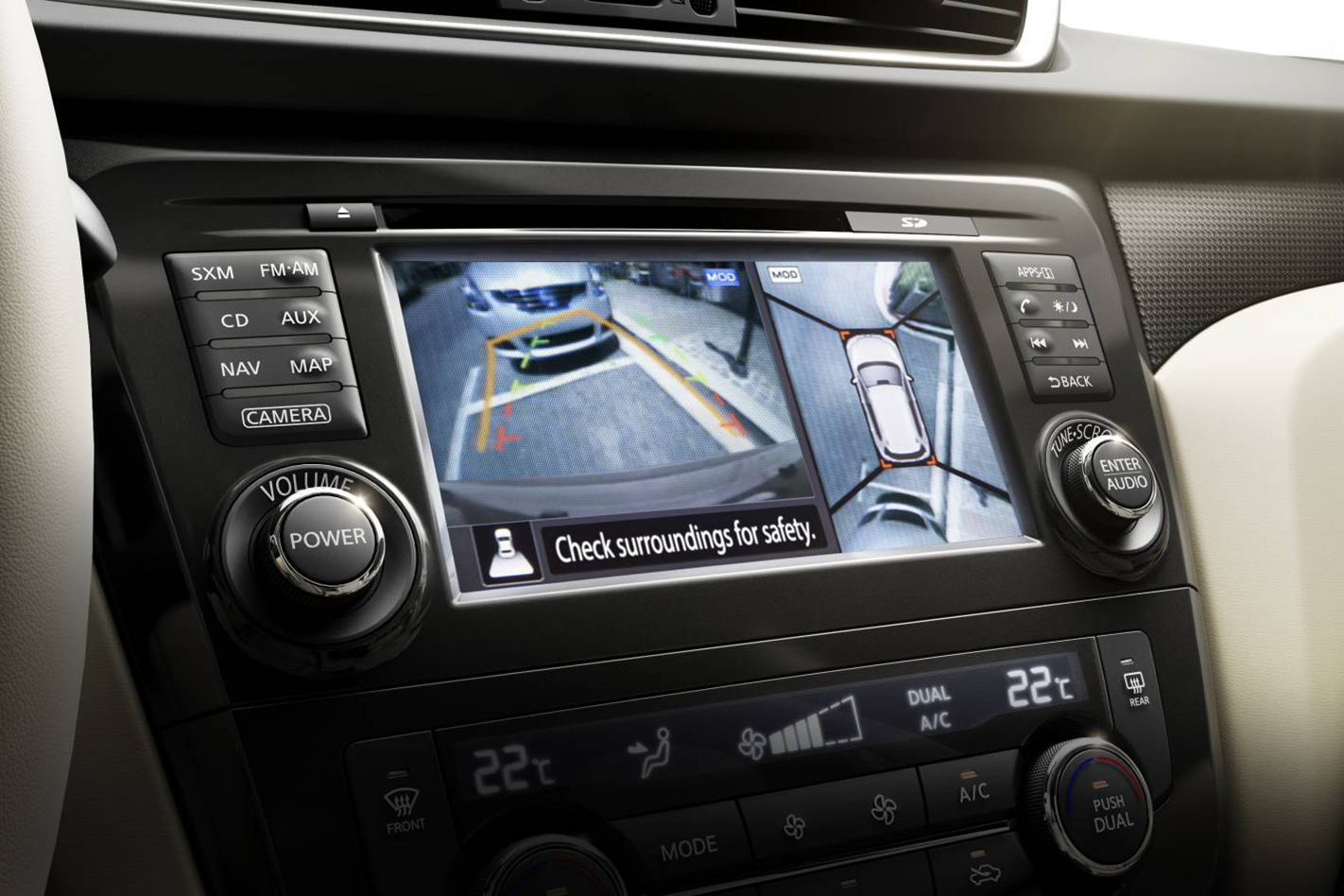 What is it: Technologically simple, a reversing camera is simply a rear-facing video camera mounted somewhere on the back of a car – often above the licence plate on the bootlid or tailgate, or housed within the rear bumper, or even behind the car maker’s logo.

Why it’s important: The statistics on the number of children killed by reversing vehicles in driveways alone are saddening, but those deaths could be easily prevented by having a camera to let the driver know when the area behind them is clear. Thankfully, reversing cameras are almost universal on many modern cars, even those in the smallest vehicle segments.

OUCH: We crash test a Subaru Forester with ANCAP

What is it: A camera-based system that monitors where your car is relative to painted road markings or – in more advanced systems – the road’s edge. If it determines that you’re straying from your lane and you haven’t signalled with your indicators, it lets you know.

Why it’s important: Driving outside of your lane is often a sign that you’re either distracted from the task of driving or you’re becoming drowsy – both of which are dangerous for obvious reasons. If the lane departure warning is being triggered frequently, it’s as good a signal as any that you need to pull over and rest so you can refocus. 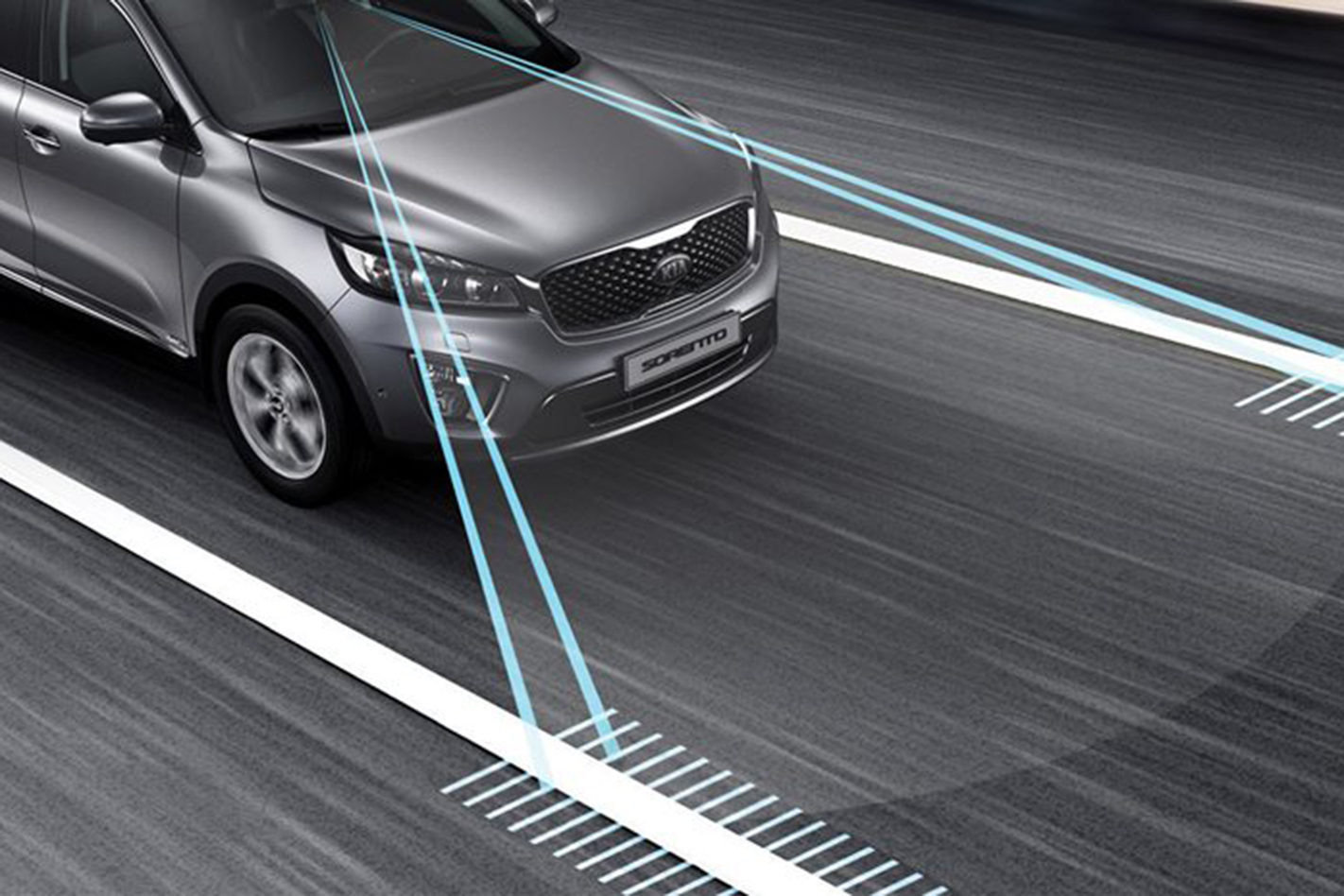 What is it: Fatigue monitors vary in how they detect your state of consciousness, with some using a camera to scan your face and look for visual cues (like slowly narrowing eyelids or head jerks) while others monitor the position of the steering wheel to detect abrupt movements or other fatigue-related patterns.

Why it’s important: Because sometimes you don’t realise just how tired you might be getting. Fatigue is a big killer on Australia’s regional road network, and just like lane departure warning, a dedicated driver fatigue monitor can be an invaluable wake-up call to prompt you to pull over and either have a powernap, or change drivers.

What is it: A lesser-known feature but one that’s becoming reasonably widespread, rear traffic alert uses the car’s rear camera and its reverse parking sensors to scan the street behind and to the sides, issuing an alert if it detects vehicles approaching as you’re reversing.

Why it’s important: Reversing out of 90 degree or angle parking spots into a busy street can be a real challenge at the best of times, but rear traffic alert systems take a lot of the guesswork out of it. After all, the last thing you want to do is pull out into the path of another motorist who didn’t see you.