Confirmed: next Volkswagen Amarok will be a Ford Ranger

As we reported last year, global giants Volkswagen and Ford will join forces to build mid-sized pick-ups (single- and dual-cab utes to you and us) from 2022.

The plans, announced at the Detroit Motor Show, will see the next VW Amarok based on the next generation Ford Ranger, while Volkswagen will also use Ford's Transit van as the basis for its next line of large commercial vehicles.

VW, in return, will develop a city-sized van, likely based on the next-generation Transporter.

READ MORE New utes and vans coming to Australia in 2019

"The alliance will drive significant scale and efficiencies and enable both companies to share investments in vehicle architectures that deliver distinct capabilities and technologies," read a statement.

The agreement is a far-reaching one, with the companies announcing that they would also collaborate on electric vehicle, autonomous and mobility tech.

Both companies said they were also open to considering additional vehicle programs in the future, as well, though the bosses stressed that there was no cross-ownership deals on the table.

The alliance, according to the release, will be governed by a joint committee. This committee will be led by Hackett and Diess and will include senior executives from both companies.

The announcement all but assures that the current Amarok will be sold all the way to the early part of the next decade, making it the oldest dual-cab in the space by the time it goes off sale.

The Ranger will only be slightly younger, but its sheer volume of sales worldwide means it's enjoyed more development and updates over its model cycle.

Platform sharing is not new in the world of dual-cab utes. Isuzu and Holden shared the Colorado ute until 2015, when Isuzu took it back and named it the D-Max. Holden’s current Colorado is still based on heavily made-over underpinnings.

Ford partnered with Mazda to co-develop the BT-50 with Ranger underpinnings and engines, but Mazda will partner with Isuzu for the next generation of its ute.

Nissan’s D23 Navara chassis, meanwhile. has also been shared with both Mercedes-Benz for the X-Class and with Renault for the forthcoming Alaskan; and now that Mitsubishi is part of the Nissan/Renault alliance, expect to see the next Triton go in the same way.

About the only brand that doesn’t share its platform, in fact, is Toyota, which prefers to keep its Hilux all to itself. 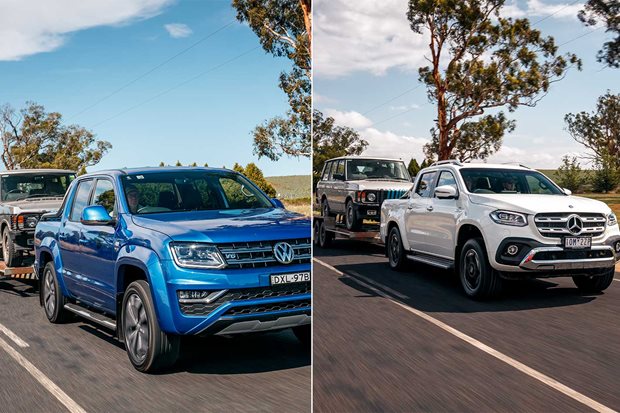