By David Bonnici and WhichCar staff

Expand Section
While the MG badge is synonymous with English sports cars, the MG HS is a Chinese-built medium SUV that provides excellent value in terms of pricing and features. Both versions have premium look-and-and feel interiors and a range of driver assistance features such as autonomous emergency braking and adaptive cruise control.

Expand Section
People continuously reminding you that your MG is built in China, not England, as if the fact the iconic brand was bought by Chinese motoring giant SAIC was news to you.

How the adaptive cruise control can struggle to settle into a consistent speed.

The constant beeping by the over-zealous lane-departure warning.

Trying to set the climate control on screen while the car is moving – the MG HS doesn’t have physical air-conditioning buttons.

Expand Section
Five-door SUV-style wagon only, with seating for five.

The MG HS drives only the front wheels, and is classed as a medium SUV, lower priced.

What features do all MG HS versions have?

Tail-lights and daytime running lights illuminated by extremely long-lived LEDs. The headlights are self-levelling and automatically control the high-beam if it senses another vehicle approaching.

Height and reach adjustment for the leather steering wheel, with buttons to operate the cruise control and multimedia features.

Smart-key entry and start, which lets you unlock the car and drive away without removing the key from your bag or pocket.

Wheels made from aluminium alloy (which don’t need pesky plastic trim), and a full-sized spare. Tyre pressure monitors (which will give you early warning of a slow puncture).

Six airbags. Stability control, which helps you avoid and control skids. (For the placement of airbags, and more on MG HS safety features, please open the Safety section below.)

Every MG HS comes with a seven-year warranty, with no restriction on distance.

Expand Section
Every MG HS comes with the same engine, a turbocharged 1.5-litre petrol. On the official test, it consumes about 7.3 litres/100km (city and country cycles combined).

This is coupled with a seven-speed dual-clutch automatic transmission that can be driven just like a manual but without a traditional foot clutch.

Expand Section
The least costly MG HS is the Vibe which comes with 17-inch wheels, manually operated air-conditioning, halogen headlights, and the features common to each HS version.

Paying more for HS Excite brings additional convenience and comfort including dual-zone automatic climate control, and a power-operated tailgate that you can open and close from the key fob or buttons in the car.

Paddle shifters, and a Super Sport mode that increases the revs and tightens the steering provide additional driver engagement.

Expand Section
Not really, the entry-level Vibe is marginally the quietest to ride in on coarse-chip roads, because its 17-inch wheels use tyres with deeper and more cushioning sidewalls than the lower-profile 18-inch rubber under the Excite. Thankfully, the bigger wheels don’t seem to affect ride comfort much.

How comfortable is the MG HS?

Expand Section
The interior feels surprisingly premium, with both versions featuring plenty of soft-touch materials, supportive faux leather seats, a 10.1-inch touchscreen and a leather-wrapped steering wheel that wouldn’t be out of place in a European rival. Fit and finish of trims, carpets and switch gear is pleasing.

The Apple CarPlay and Android Auto interface connects and works well, but are a few niggly issues with the infotainment system such as the interplay between the touchscreen and the buttons below that isn’t always intuitive or speedy. With headlights on during the day, indicators for the buttons are rendered invisible. Manual dials for the Excite’s climate control would also be appreciated, as adjusting it can be a little difficult on the move.

The cabin is well insulated from road and wind noise, contributing to a quality feel inside, and the ride is reasonably comfortable despite some harshness on less than perfect road surfaces.

What about safety in an MG HS?

The AEB uses a radar sensor to detect other vehicles, bicycles and pedestrians and applies the brakes if it senses a collision. At speeds below 20 km/h, the HS will automatically apply its brakes to avoid a collision with a vehicle, bicycle or pedestrian. At speeds above 20 km/h, AEB will reduce the likelihood or mitigate the severity of an accident.

The adaptive cruise control monitors the road ahead and maintains the speed set by the driver. If the system detects a slower vehicle ahead it gently reduces speed by releasing the accelerator or actively engaging the brake control system. If the vehicle ahead speeds up or changes lanes the system automatically accelerates back to the driver’s desired speed.

ACC also works in heavy traffic. If the system detects dense traffic or a traffic jam at speeds below 60 km/h, the driver can activate Traffic Jam Assist that will automatically follow the vehicle in front, controlling its acceleration, braking and steering within the same lane.

Lane Keep Assist uses a camera to detect lane markings ahead and monitors the vehicle’s position in its lane. When the function detects the vehicle is about to unintentionally move out of its lane, it warns the driver by means of a visual, audible and steering wheel vibration. The car will also control the steering to keep within its lane.

Intelligent speed assist reads speed limit signs and alerts the driver of the current speed limit by way of a symbol on the driver's instrument cluster.

I like driving - will I enjoy the MG HS?

Expand Section
MG has delivered the goods when it comes to the HS' features and packaging, but, while it’s one of the best Chinese-built cars to arrive in Australia so far, its drive is still not quite as refined as its more established Japanese and Korean rivals.

It is a big step up from the GS model it replaces, however, with the steering, braking and handling all as solid as they need to be in a family SUV. Ride is improved, although some harshness on less-than-perfect surfaces betrays the need for further development work if the HS is to match the class leaders.

Despite turbo lag off the line, the 119kW turbo engine provides sufficient power for a vehicle this size. It’s not too noisy, and revs willingly. The dual-clutch automatic transmission can be indecisive and typically lacks polish particularly at lower speeds, but it’s preferable to the less-sophisticated CVT autos found in rival SUVs.

The more expensive Excite version allows for more engaging driving with paddle shifters to give you more control over gear ratios, and a super sport drive mode that tightens the steering and boosts acceleration by allowing for higher revs between gear changes.

How is the MG HS for carrying stuff?

Expand Section
The MG HS can hold 463 litres of stuff in its boot, which about average for a medium SUV.

Folding the rear seats down can net you up to 1287 litres of space. Both HS versions come with a storage box and luggage cover.

The MG HS has a handy 1750kg maximum braked
towing capacity, which is enough to safely tow small to medium caravans, trailers and boats. It can tow unbraked loads of up to 750kg.

Where is the MG HS made?

Expand Section
The MG HS is manufactured in China.

Expand Section
Not much, the MG HS is very well equipped though there are exceptions to its expansive features list including power-operated driver’s seat, heated seats, sunroof and digital radio. You'll find these in some versions of cars such as the Mazda CX-5, Hyundai Tucson, Kia Sportage, Peugeot 3008, Ford Escape, Renault Koleos, Nissan X-Trail, and Volkswagen Tiguan.

Perhaps a more efficient hybrid powertrain as found in the Toyota RAV4, Subaru Forester and Mitsubishi Outlander PHEV. A plug-in hybrid version of the HS has been revealed for the Chinese market but at this stage there no plans to sell this in other countries.

All-wheel drive for increased traction on slippery or gravelly surfaces, and mild off-road capability as available with the Forester, CX-5, RAV4 and X-Trail

Expand Section
Both versions are excellent value for around the $30,000 mark. You’re not missing out on much by opting for the entry-level HS Vibe, but we reckon the Excite has more than enough extras to justify the additional cost.

Expand Section
No. This first-generation MG HS is an all new model that replaces the GS as the brand’s medium SUV offering.

A plug-in hybrid version has been revealed for the Chinese market but at this stage there no plans to sell this in other countries.

Don’t expect any updates before 2021, though MG may introduce new technology to the range or special edition variants. 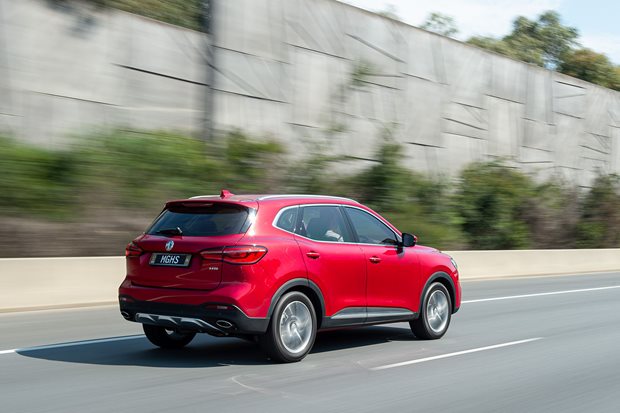 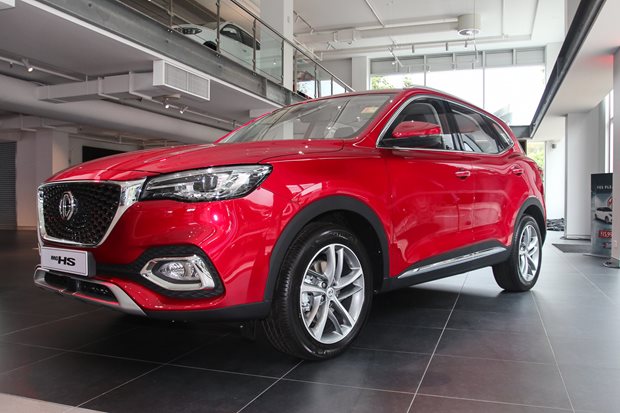 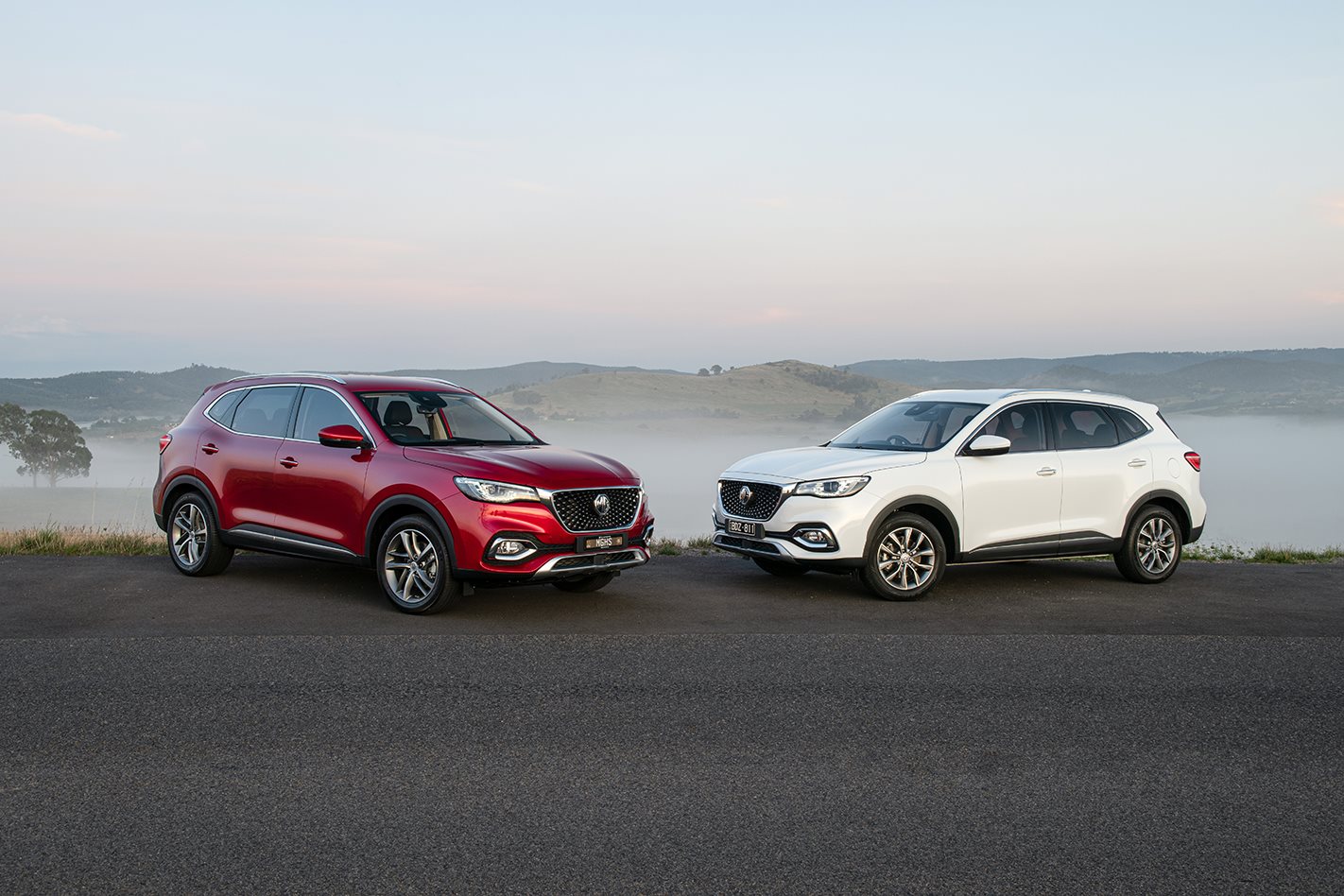 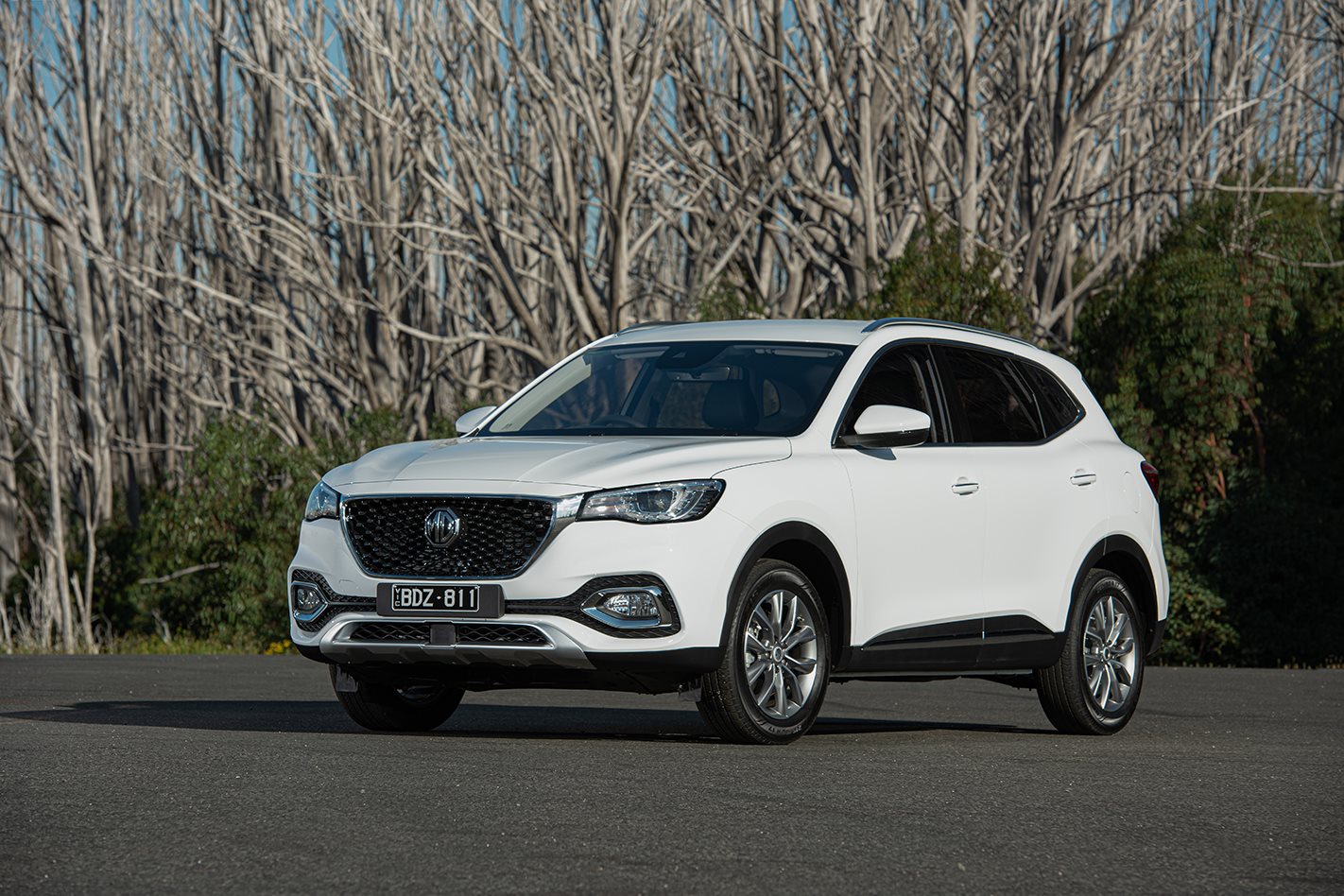 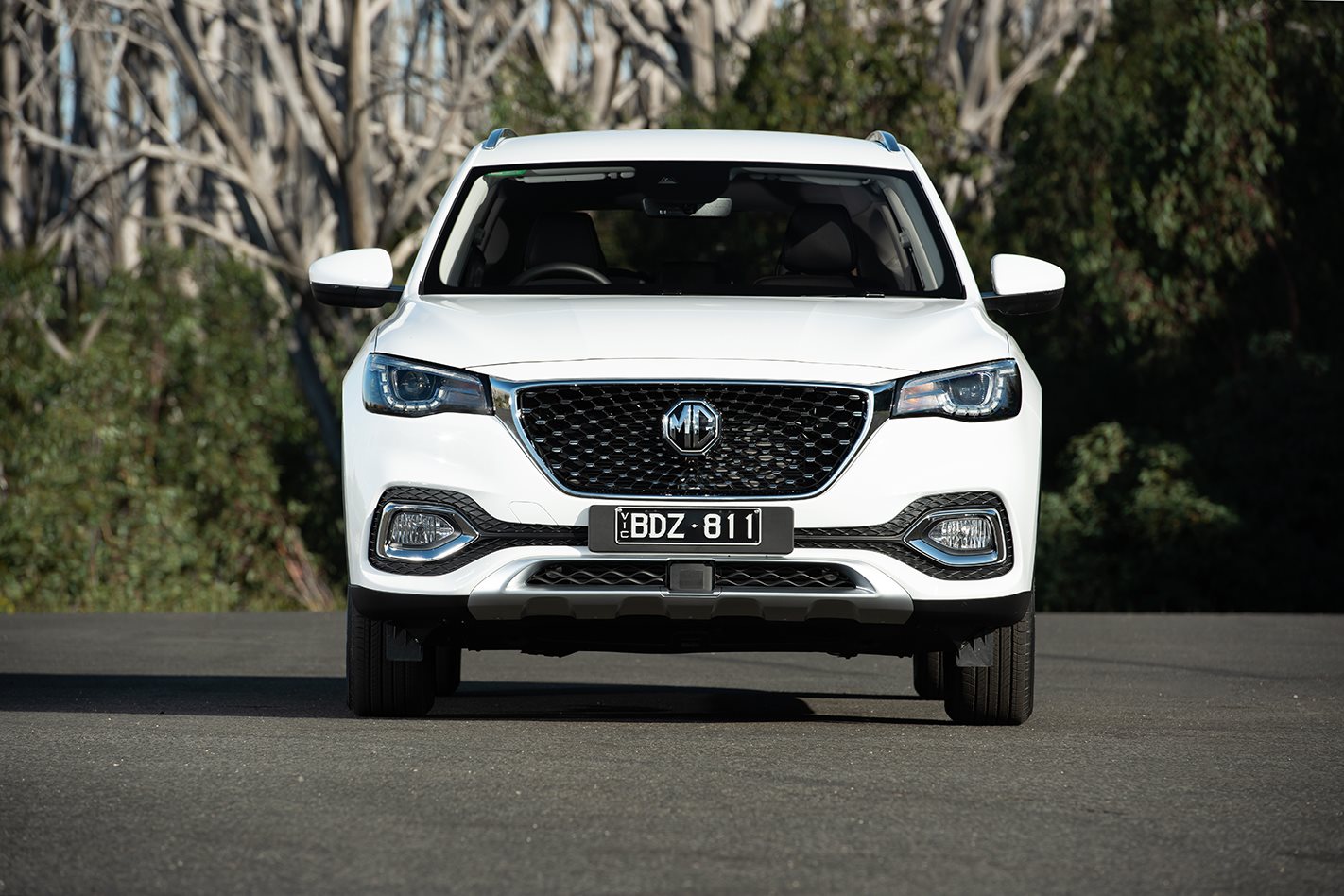 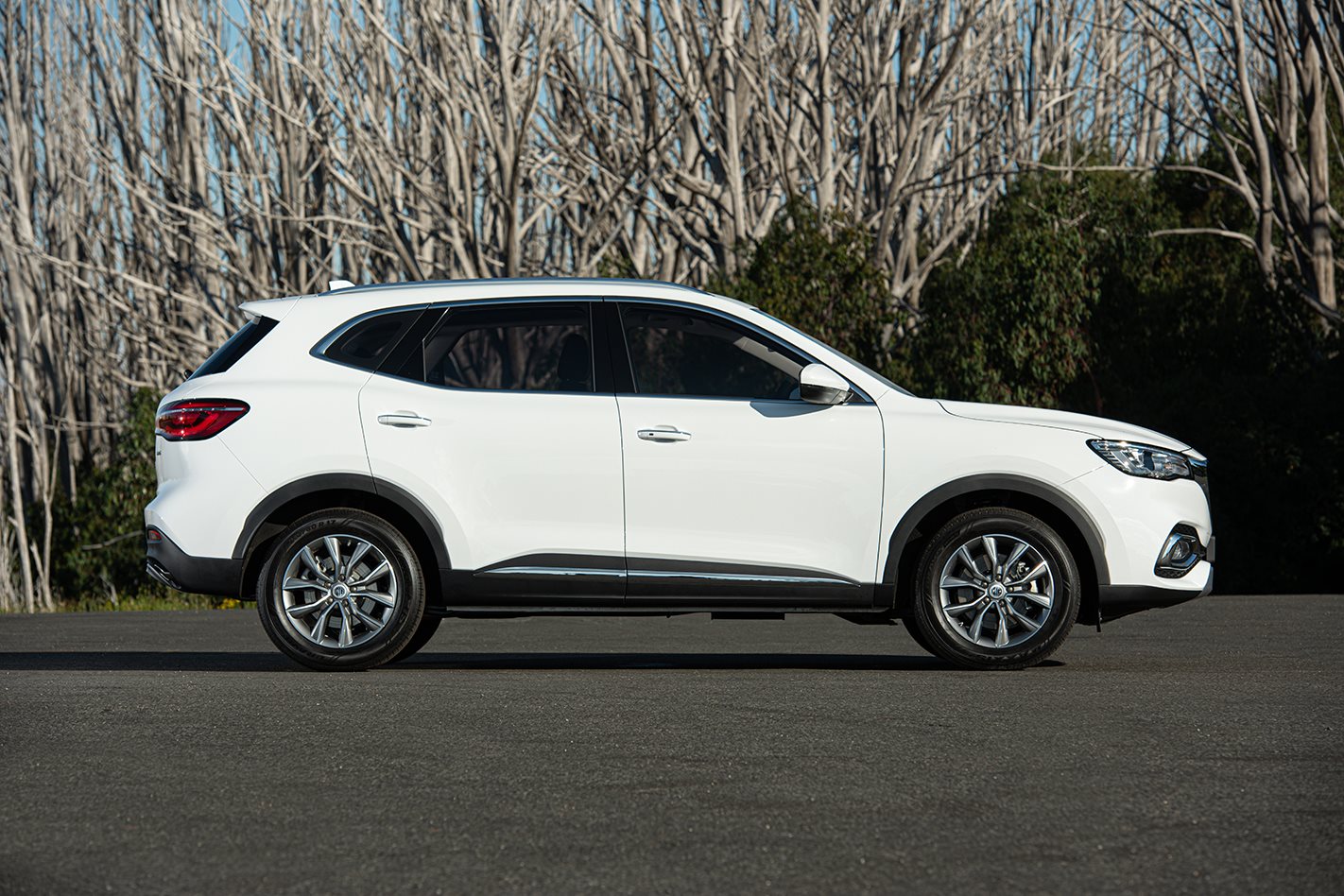 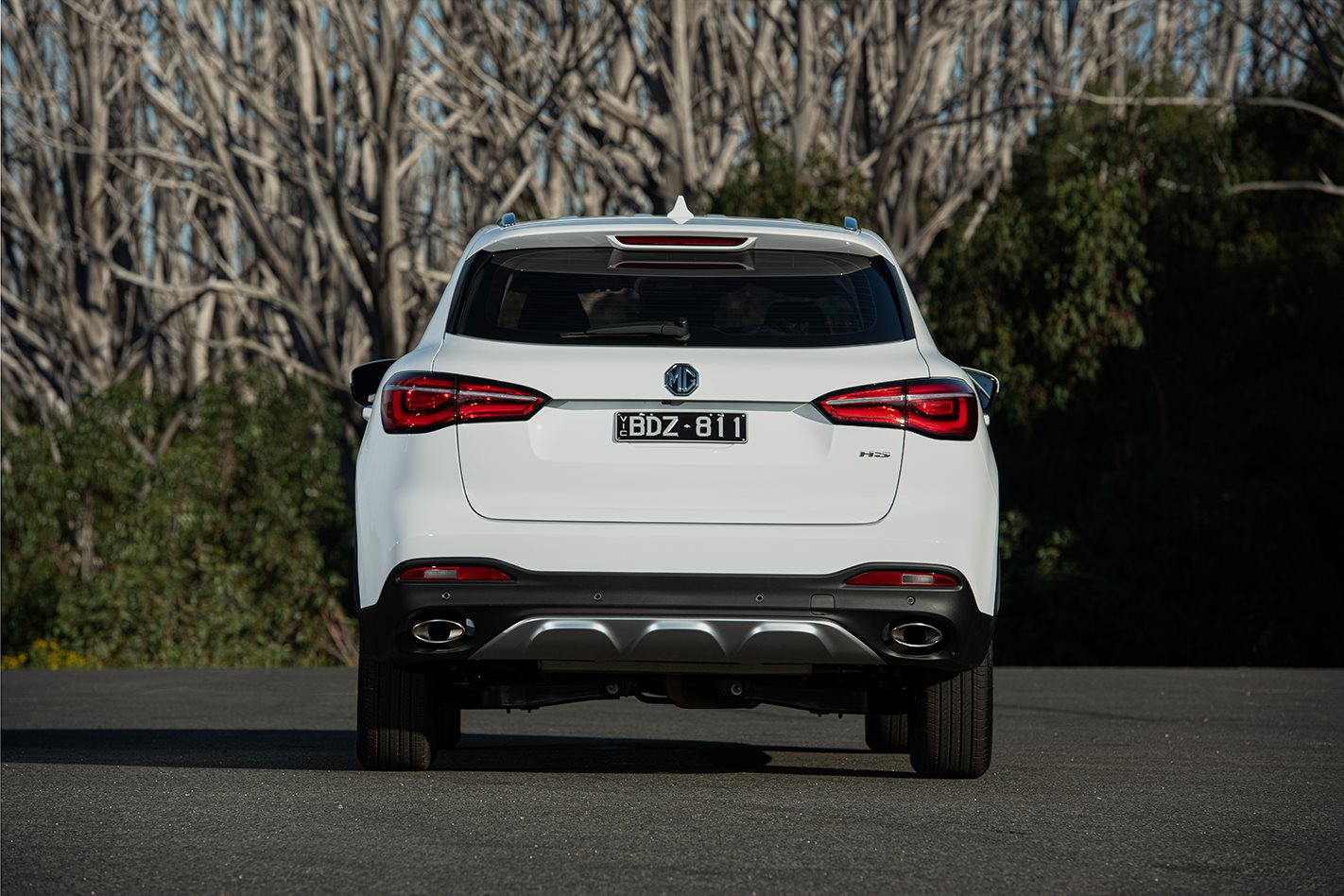 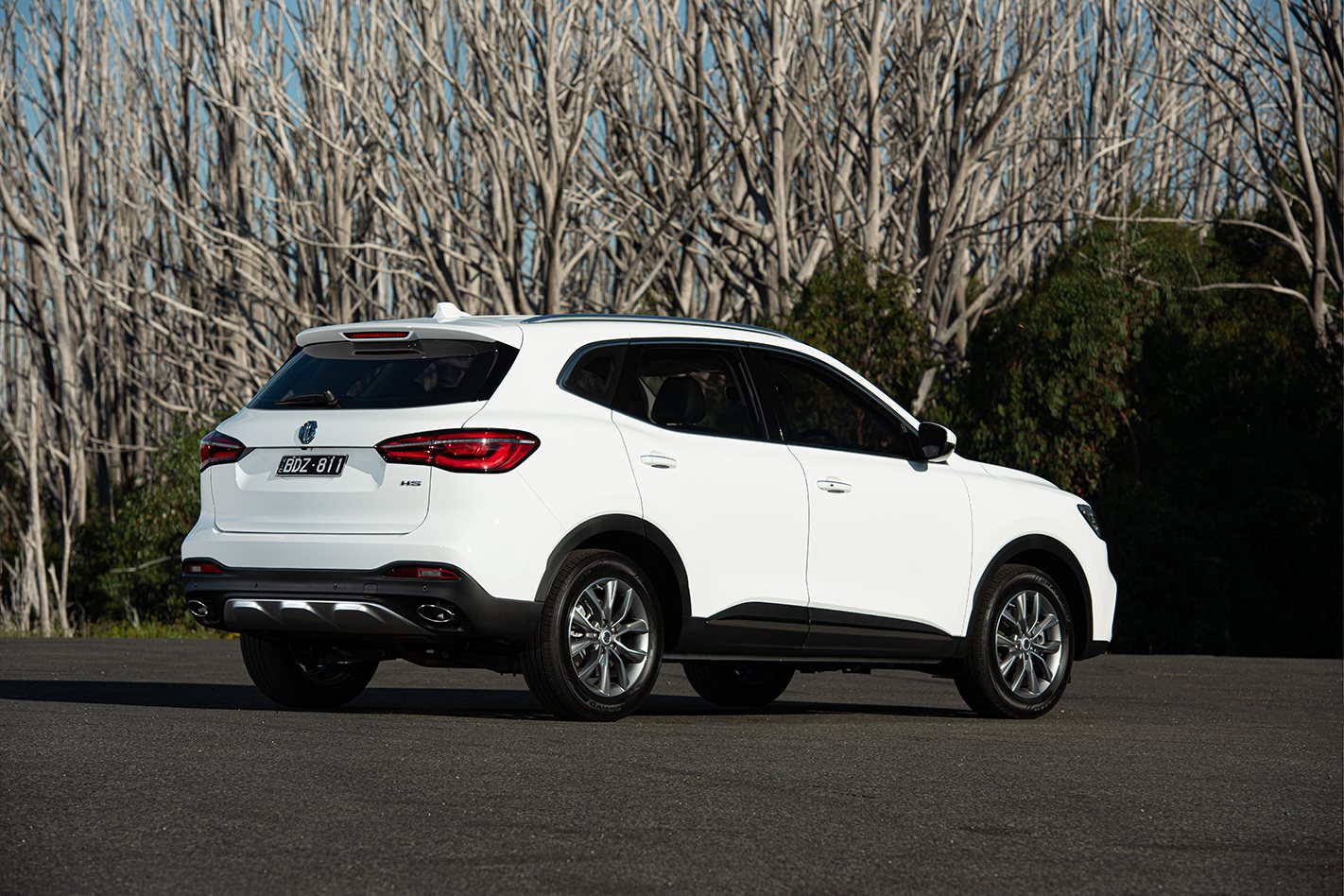 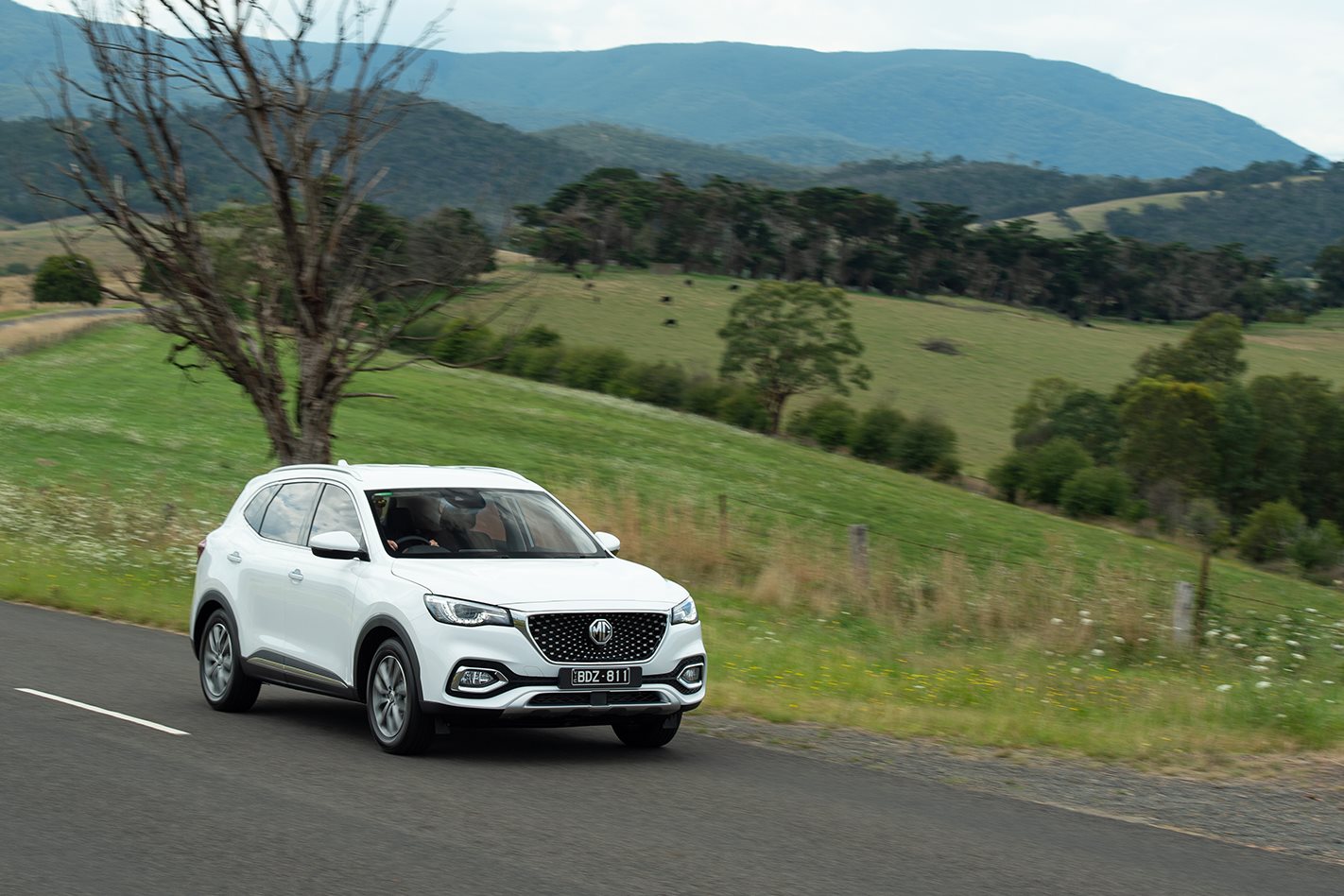 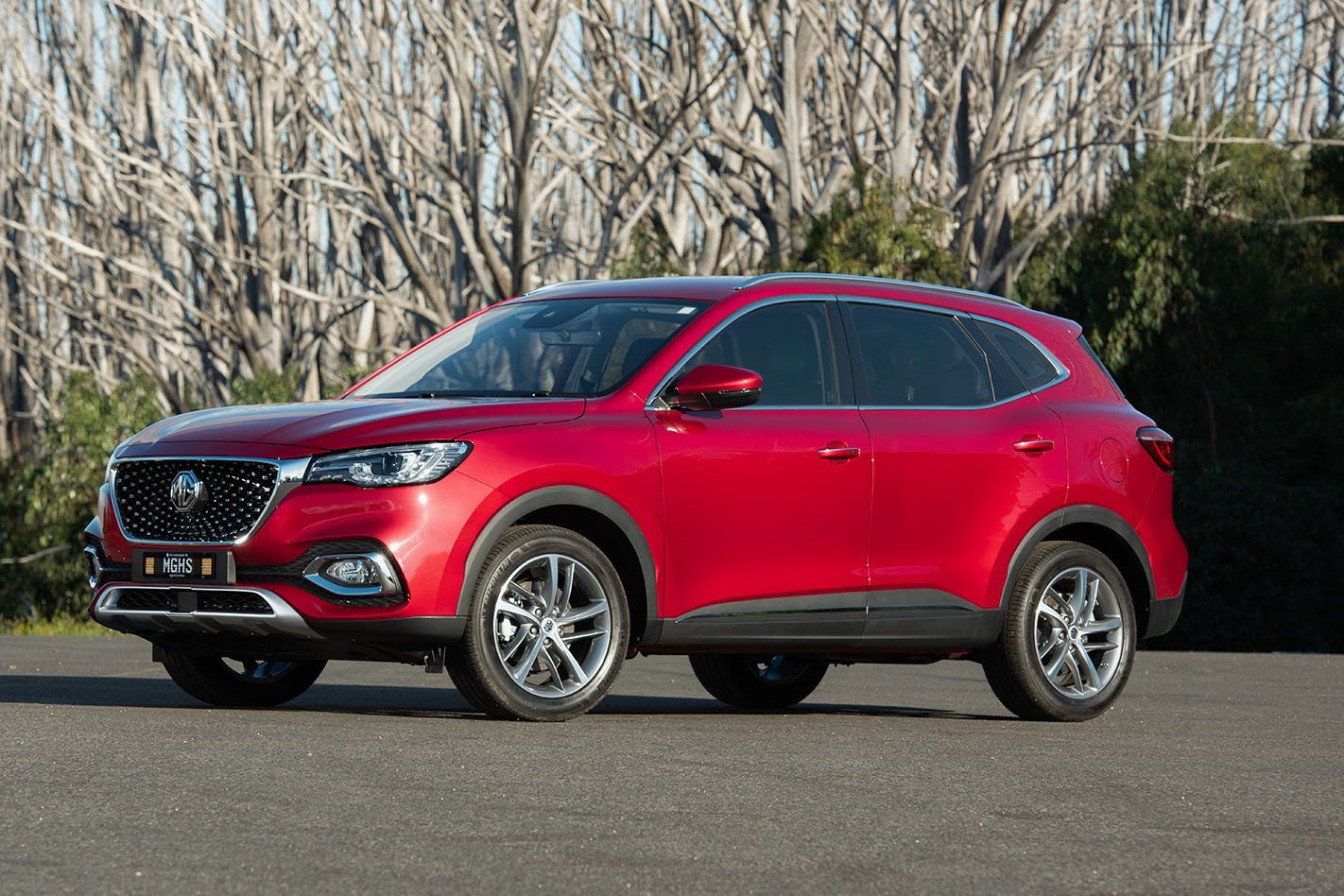 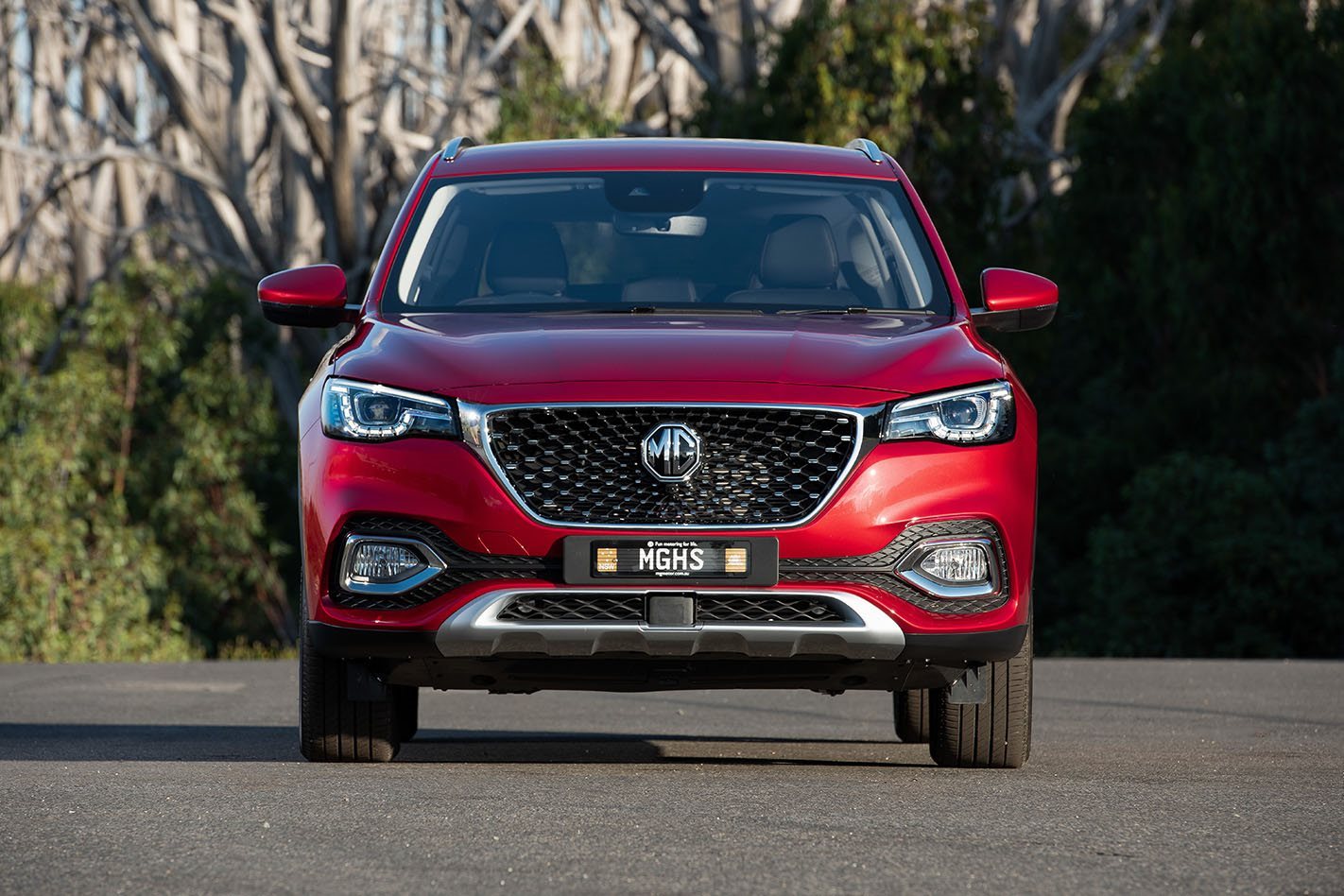 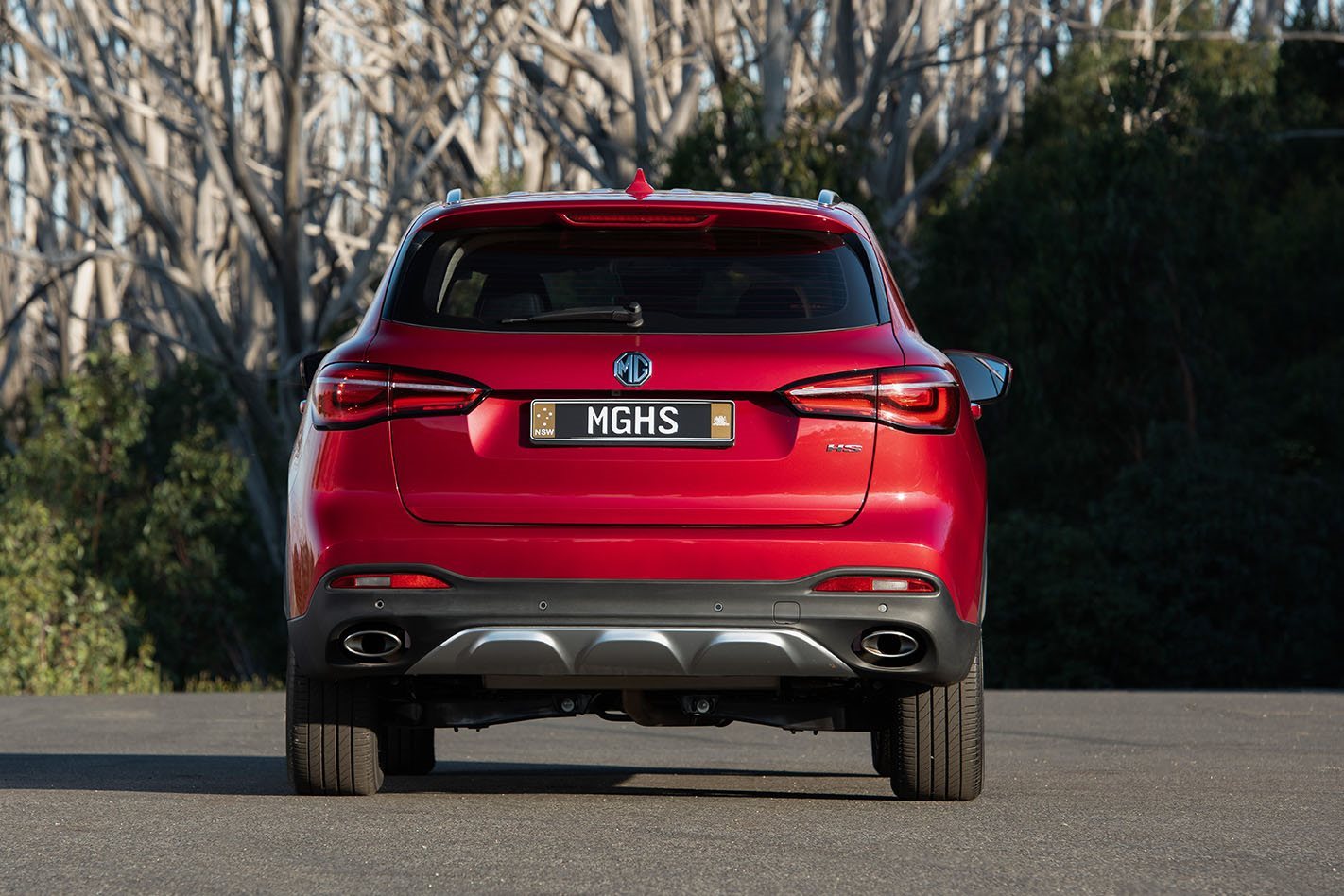 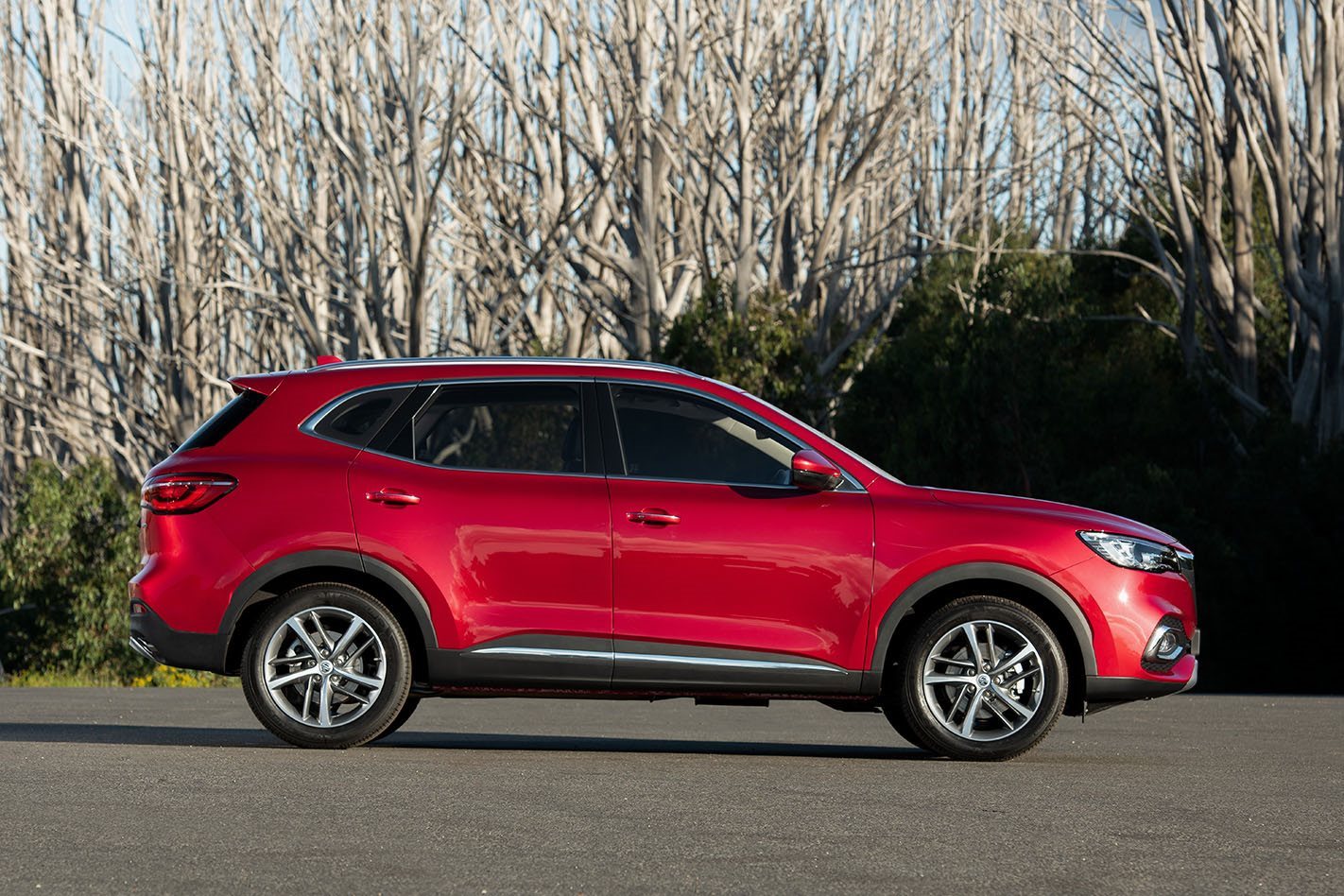 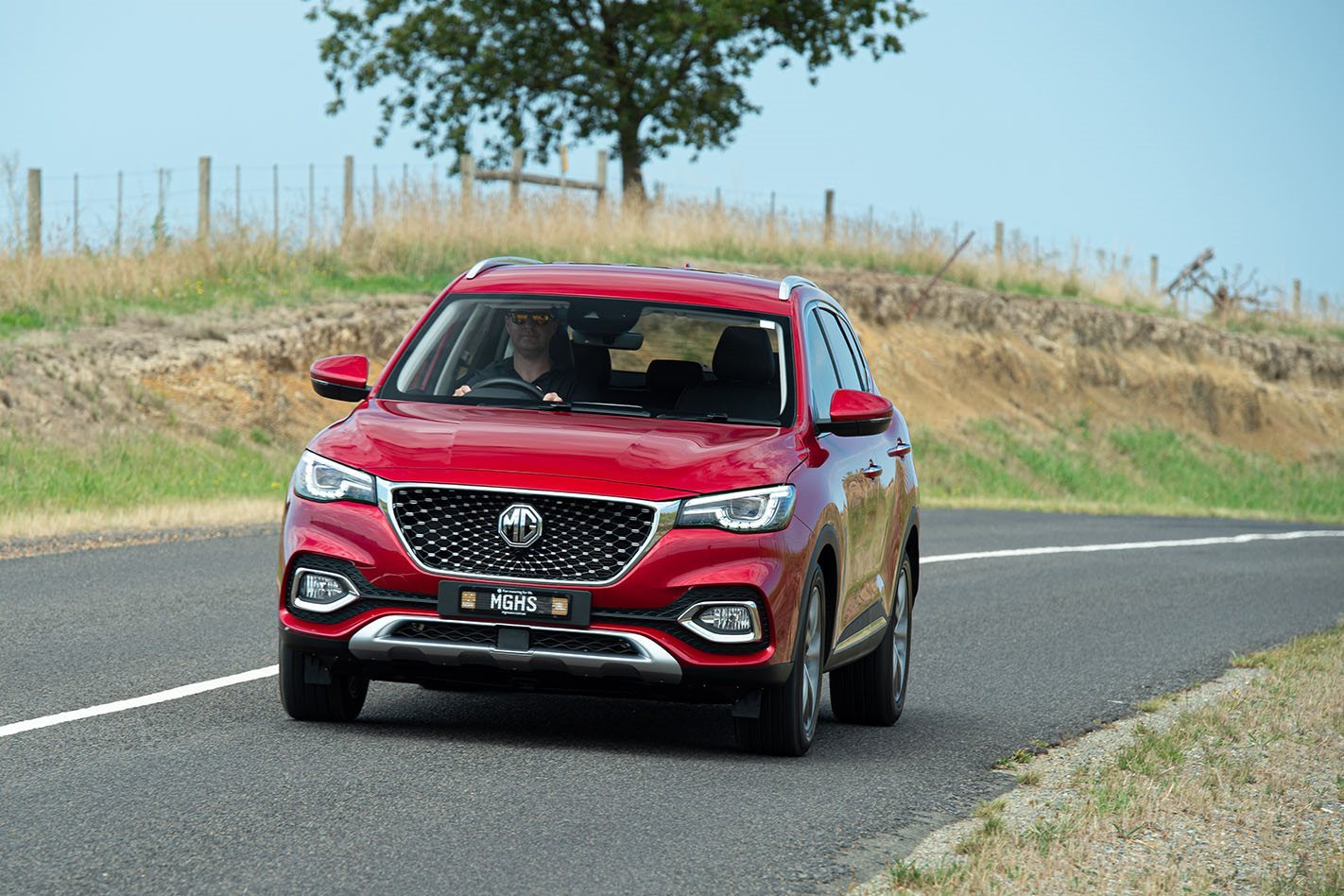 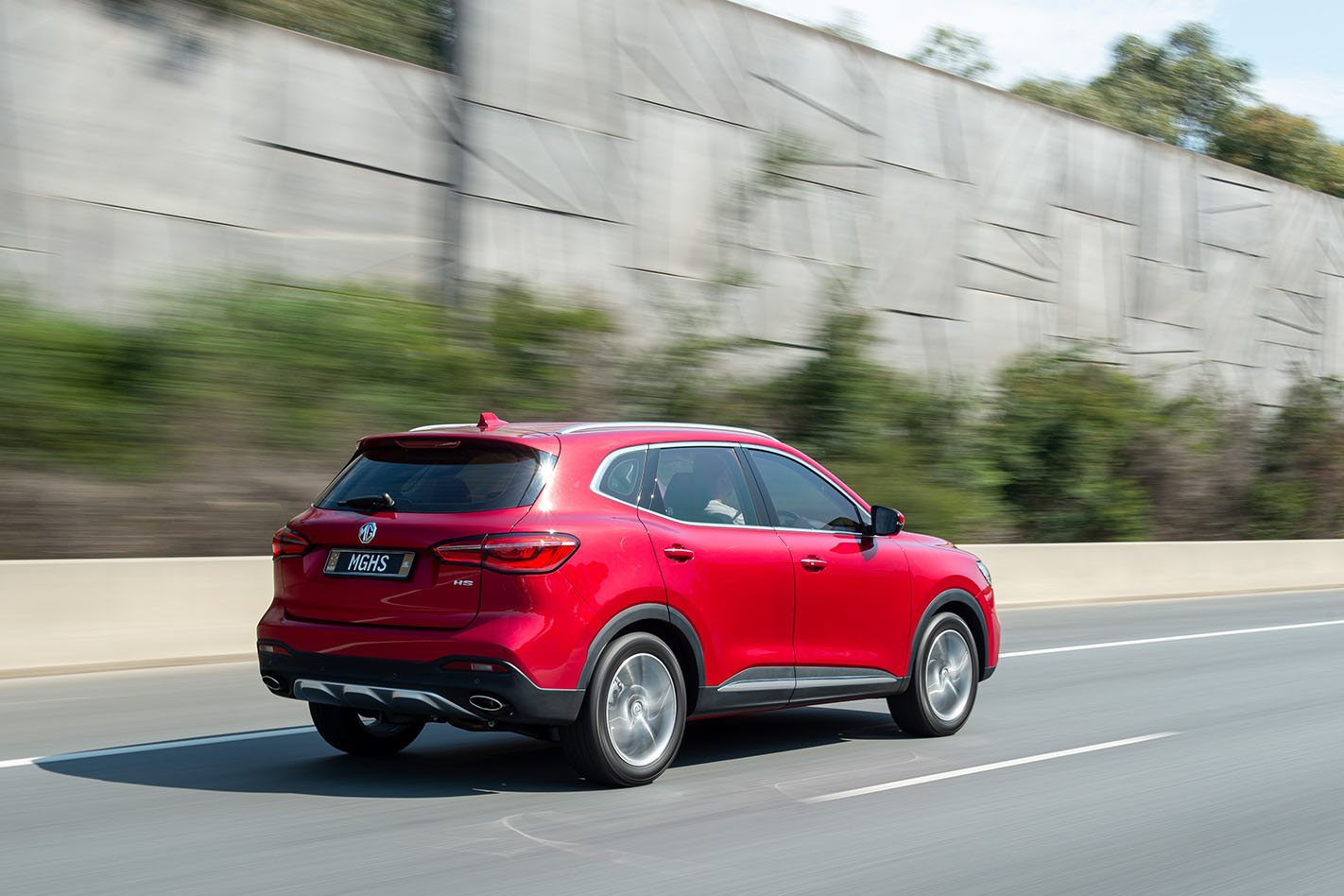 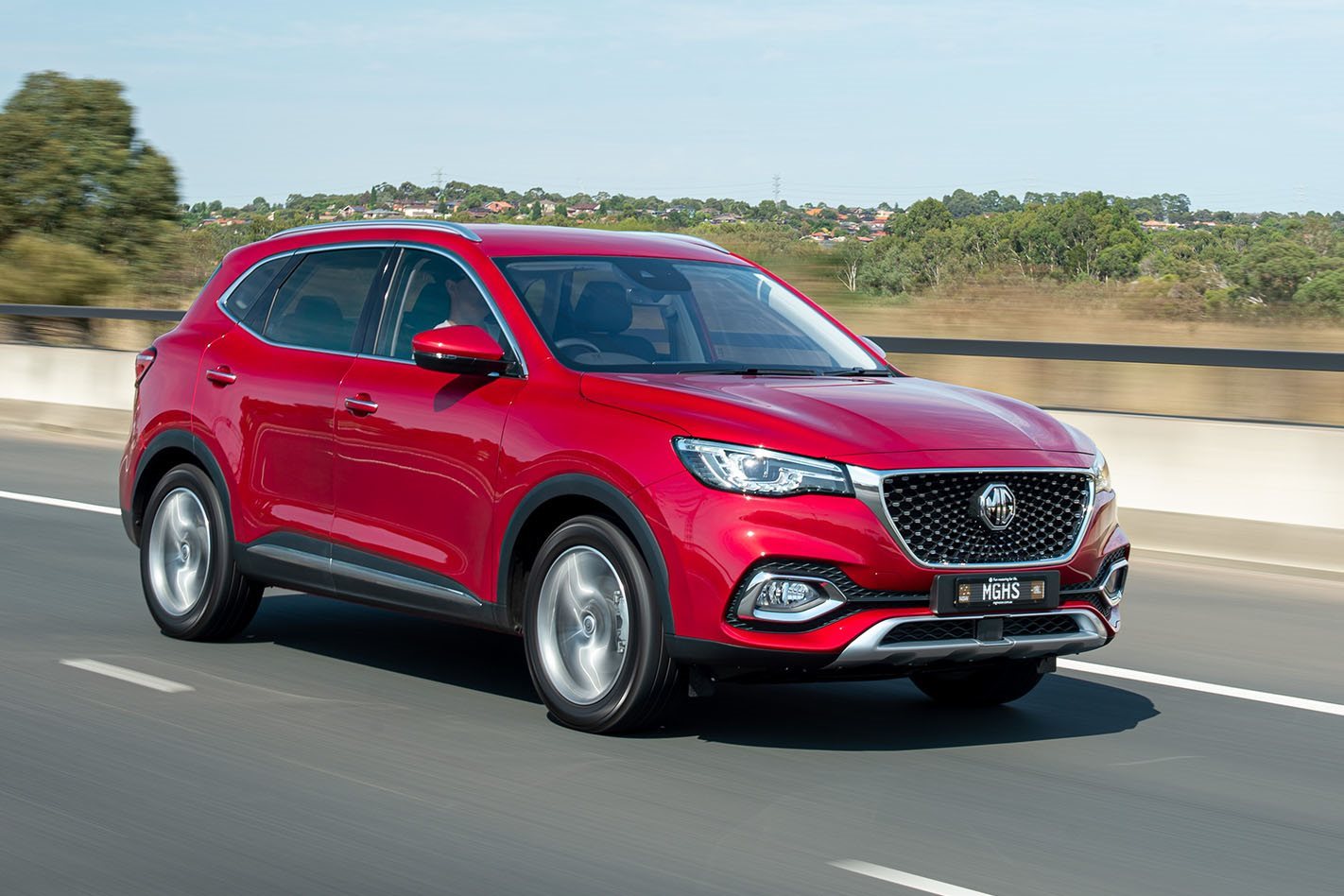 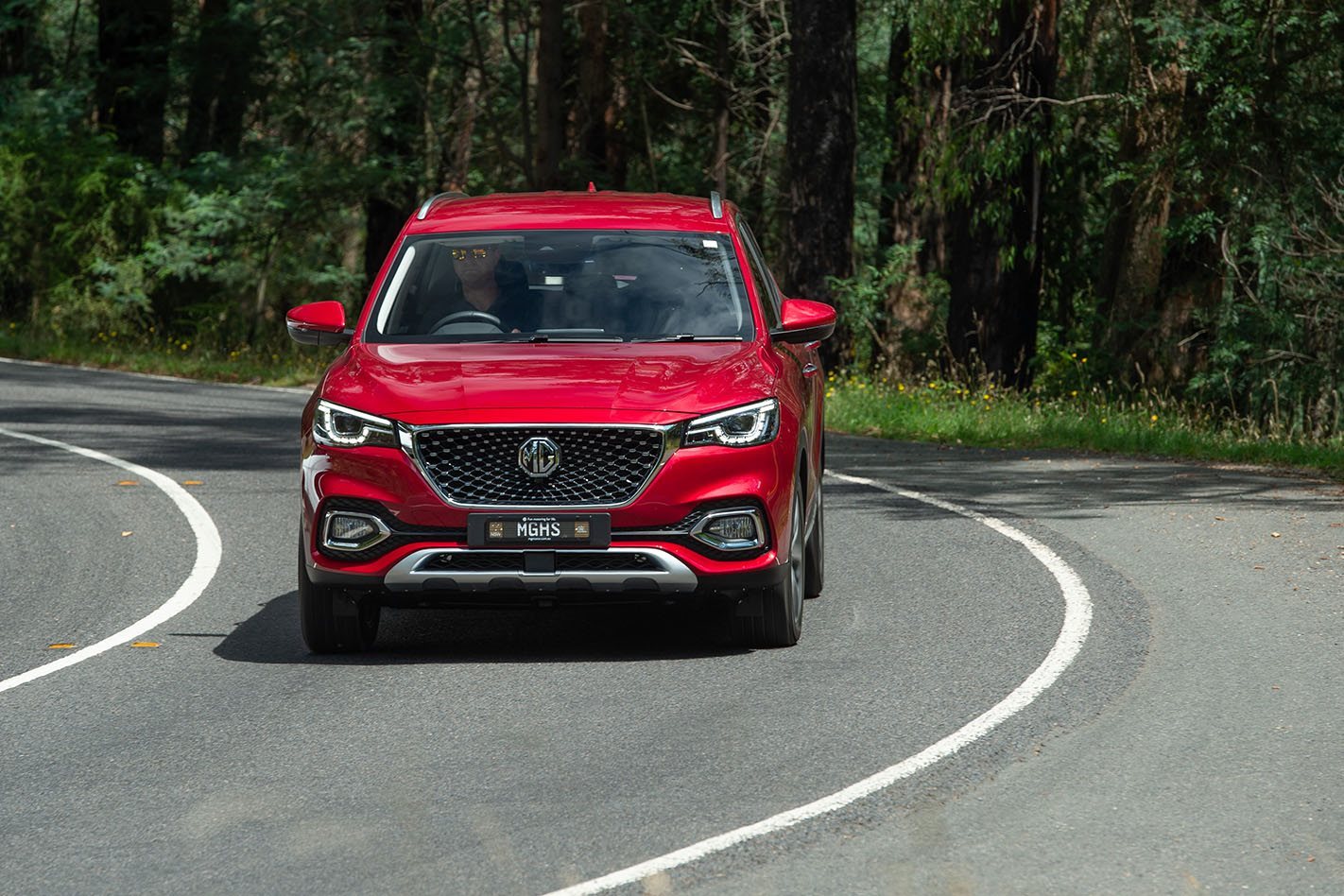 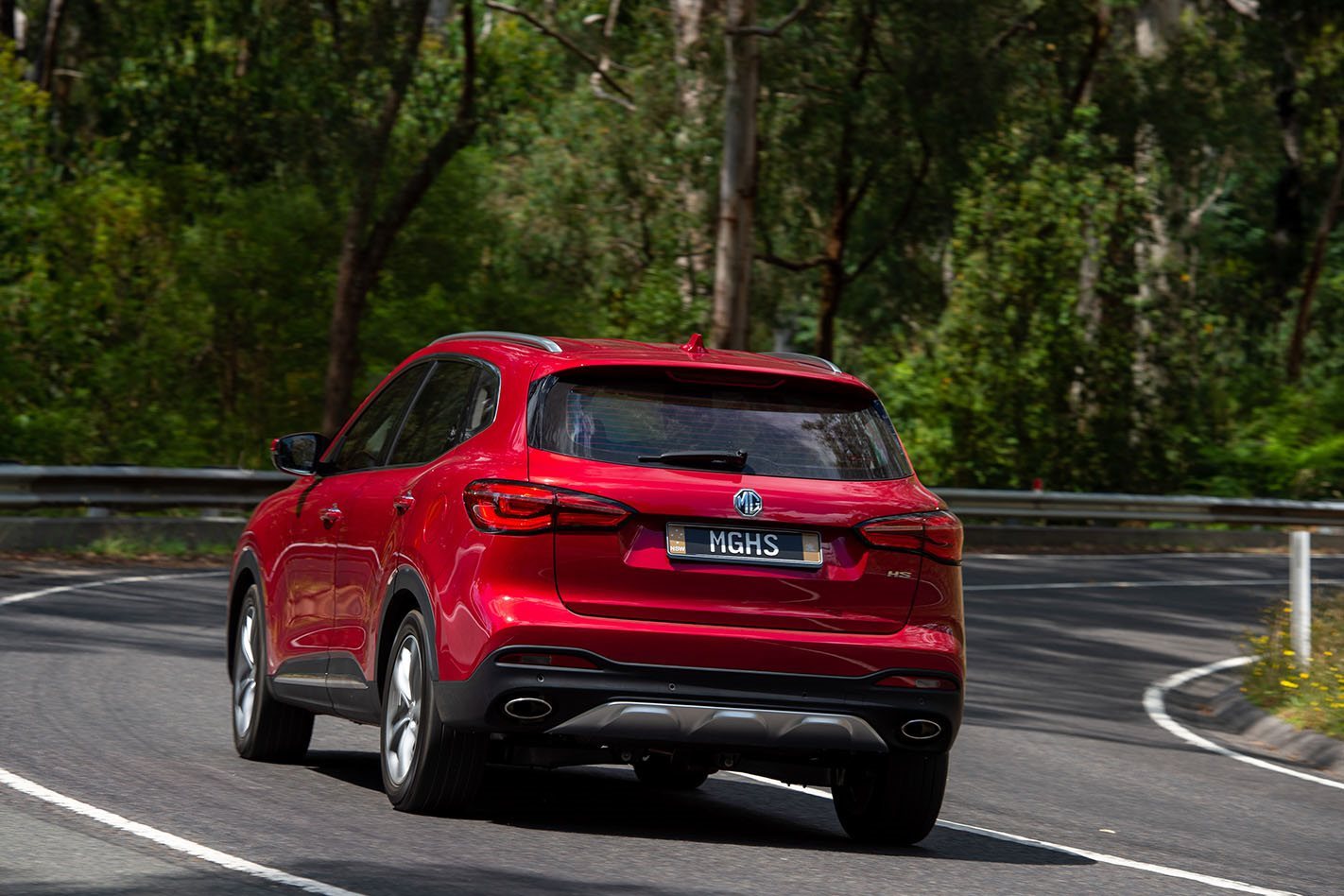 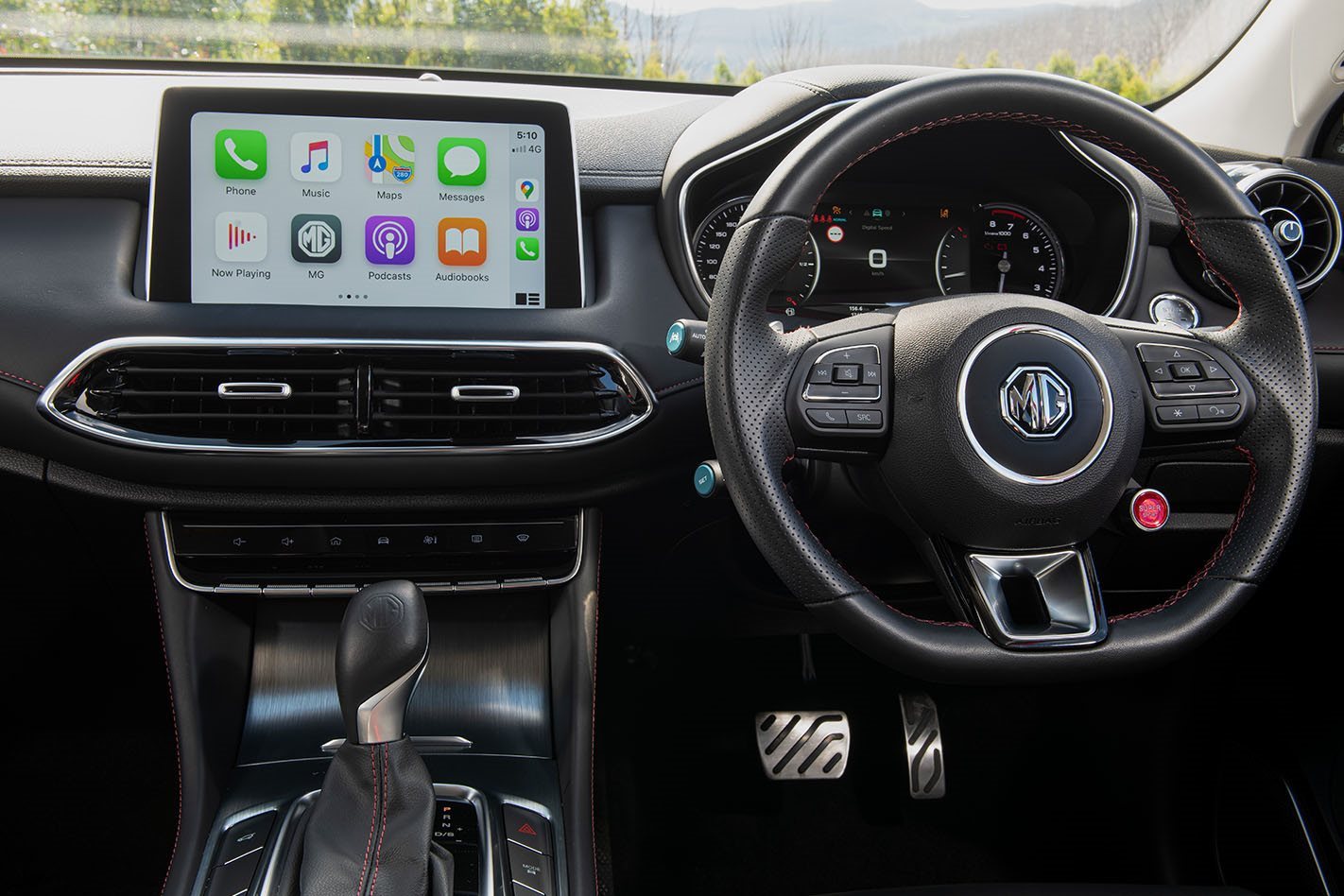 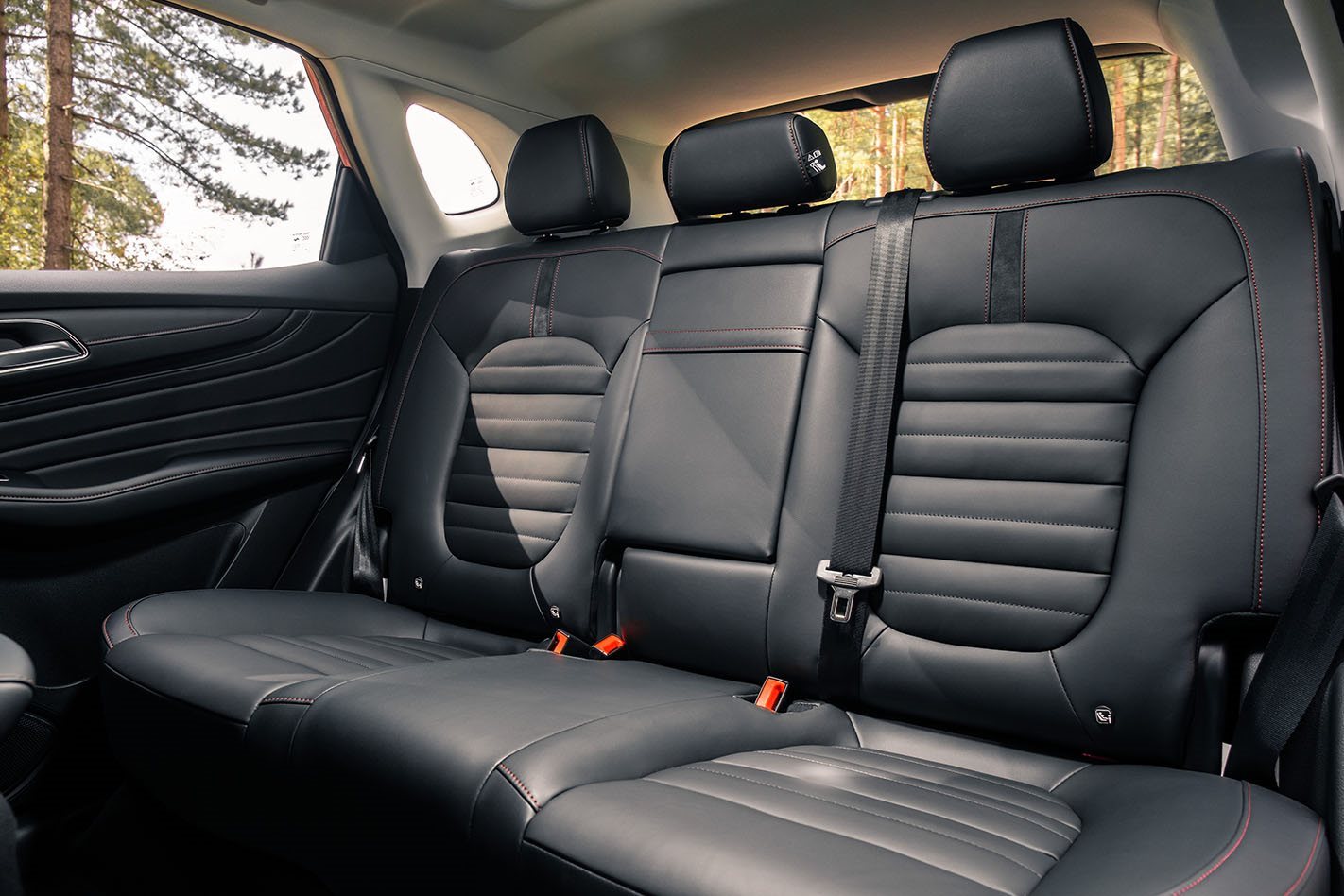 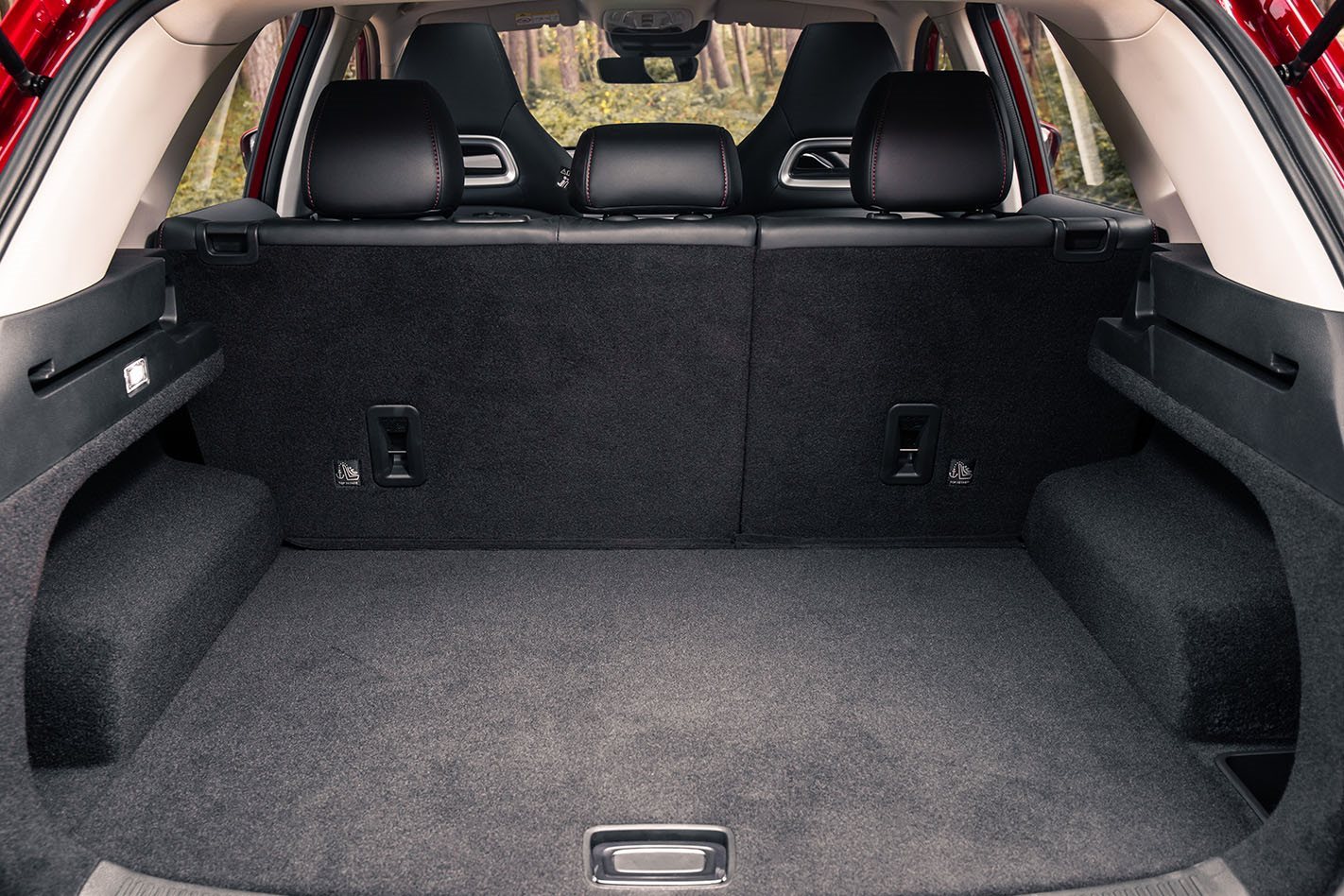 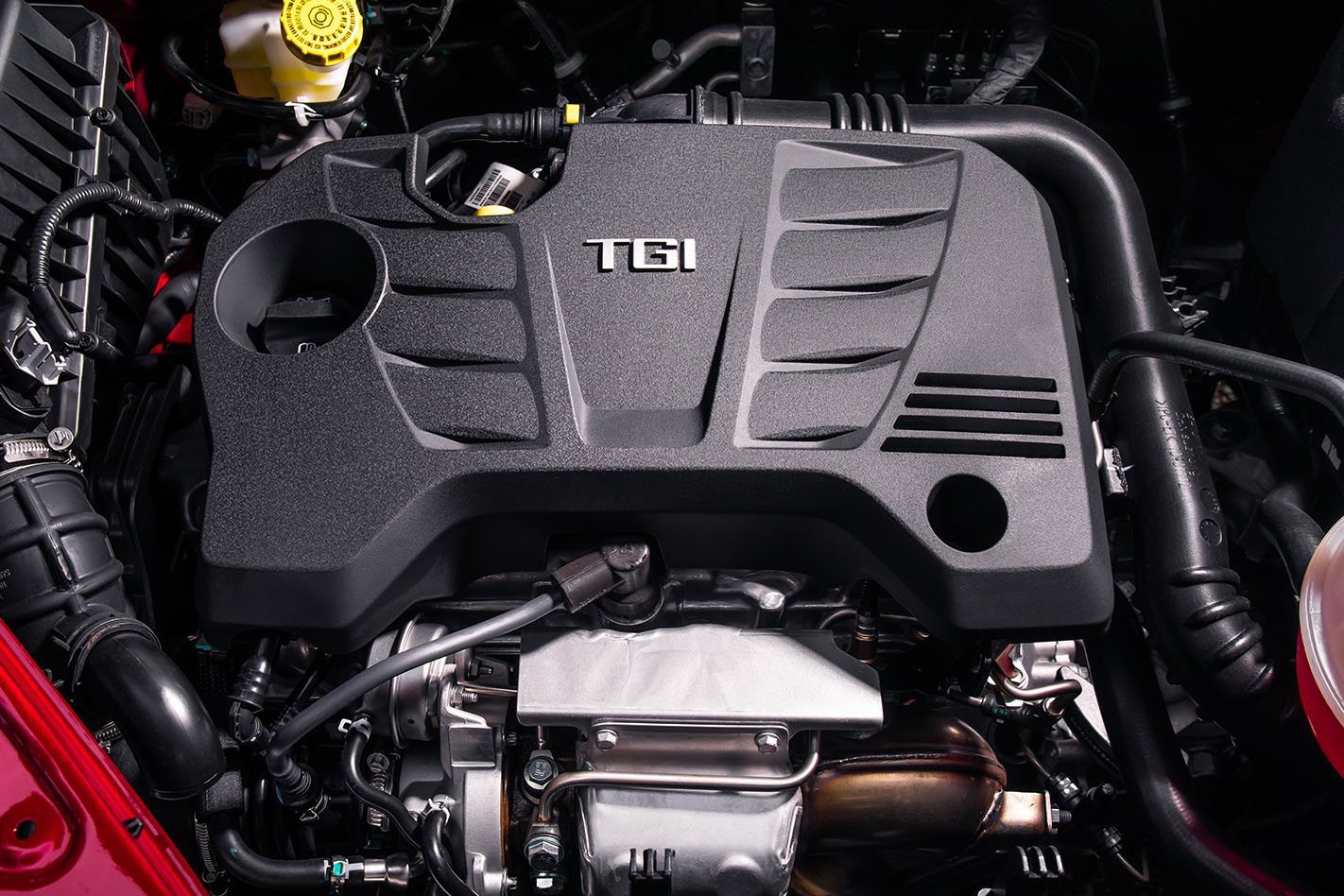 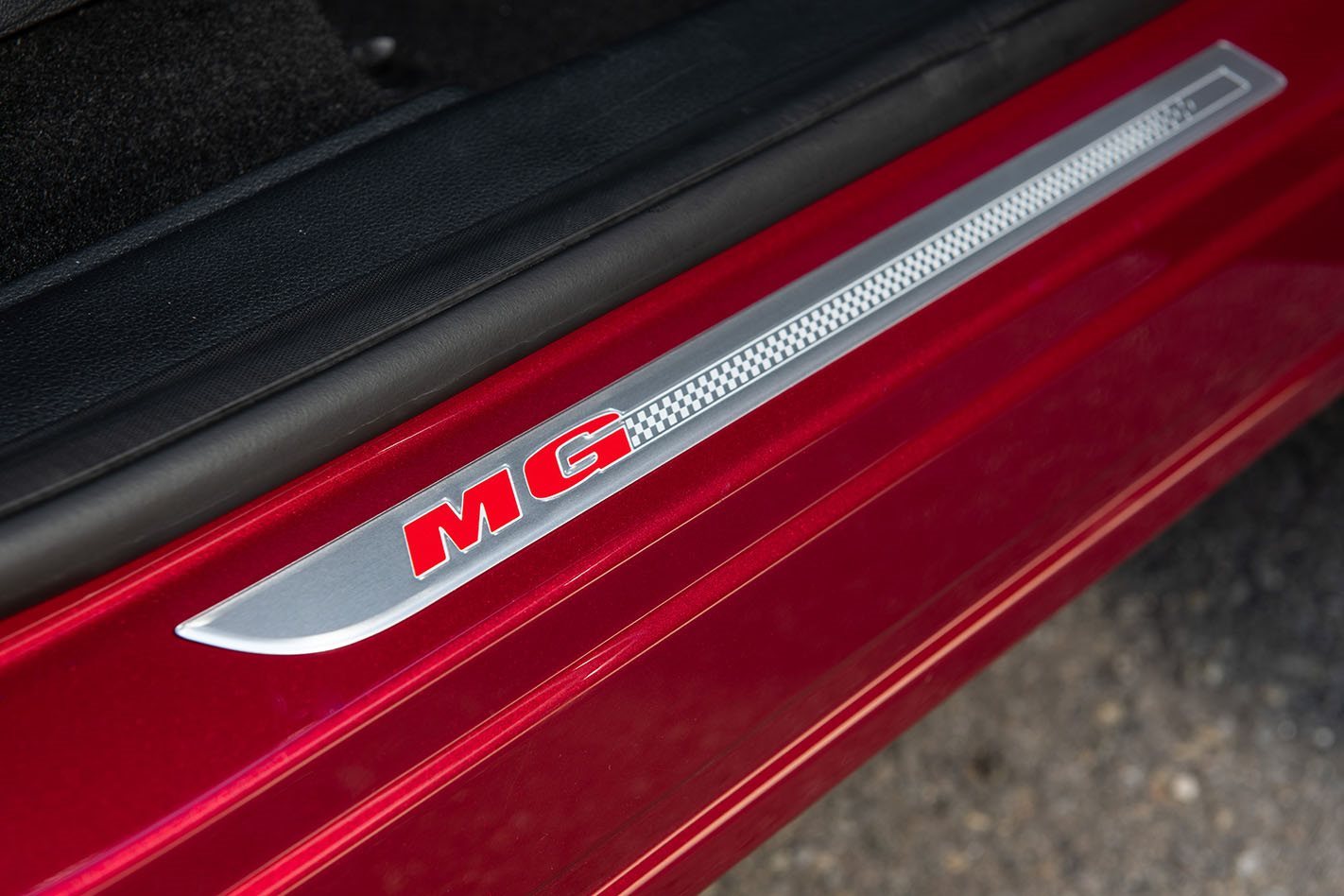