Back to basics Bavarian proves a big hit

Here’s a fun little factoid: if you look at the cumulative cost of this year’s top two, you can have 12 BMW M2 Pures, and still have enough cash left over for a lifetime of track days. Thing is, you only need one M2.

The M2 Pure represents a true return to form for the Haus of M, and a real homage to the cars that kicked the brand off. Its relative lack of size when compared to its M3 and M4 stablemates, a long, flat torque curve that makes its turbo motor feel almost nat-atmo and its flat, wide stance combines with a deliberate policy of dismissing extraneous fluff to produce a car that is truly a rare thing. 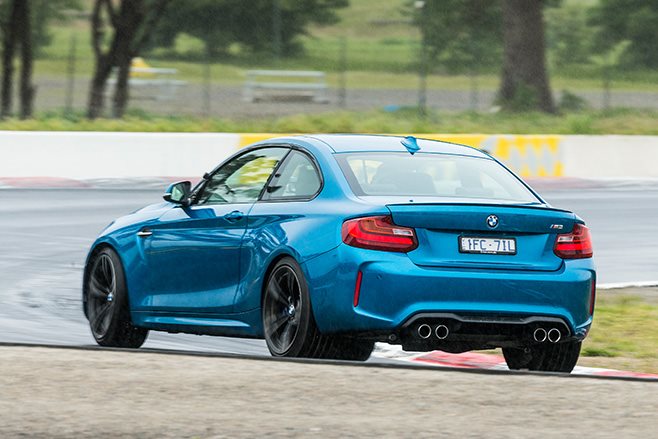 The M2 Pure deploys an updated version of the N55 2979cc turbocharged inline six-cylinder engine, and its 272kW of power and 465Nm of torque may seem anaemic in this company. However, its wide 1450 to 4750rpm torque curve gives it a depth that belies its on-paper numbers.

In the midst of the hottest PCOTY field of all time, the M2’s performance across the week is nothing short of stellar. Its hit out on the first day at DECA showed more than one judge that this sub-$100K coupe with the mug-lair front bar and concept-car wheels is more than the sum of its parts.

Sure, it won the tyre lottery at a soaking Winton, but it still managed to show more than a few of its rivals how steering should actually work – a trait made even more remarkable by the fact that the front end of both the M3 and M4 are far from favourites in the MOTOR office. 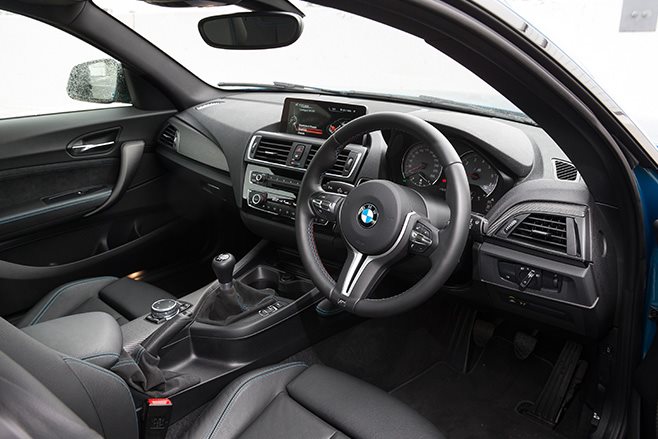 It was let off the hook a little – the M2 succumbed to a set of mistreated front brake pads that grumbled more than I do on a deadline week. Even though the noise was atrocious, the performance didn’t deteriorate, so it got to carry on.

It was in the hills around Marysville, though, that the M2’s place in the PCOTY pecking order was cemented. On a long, sinuous set of perfectly manicured bends with the sweetest camber imaginable, I set out after the M2 in the 488 GTB – and I could not believe just how easily the BMW managed to keep its nose in front. Where the Ferrari’s massively stiff chassis and sharp manners meant frightening yourself silly keeping corner speeds up, the M2 just keyed into the terrain and bolted for the hills. 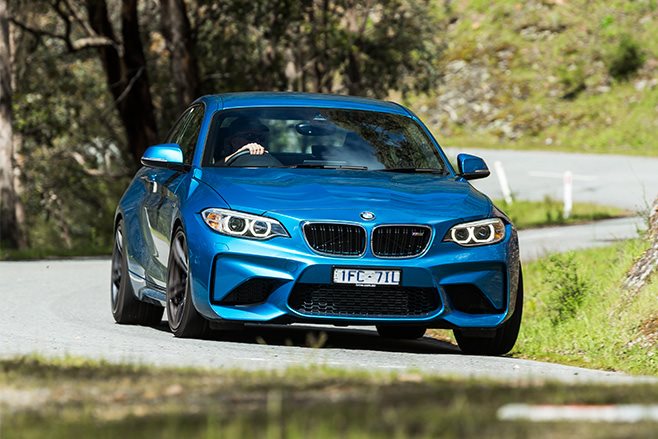 It’s not perfect; the automated throttle blip detracts from the character of the car, and the ECU is too conservative doling out the torque low down. But to finish this high in this field is an outstanding performance for the little blue coupe. 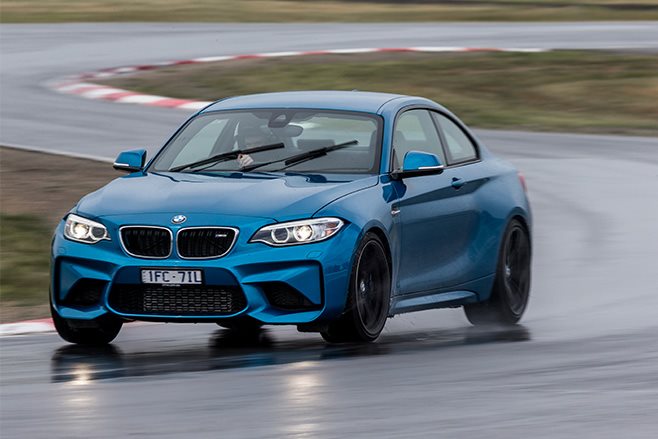 SCOTT NEWMAN: 6th
So capable in every area; a bargain for what it offers.

TIM ROBSON: =3rd
A return to form for BMW M, and for rear-drivers in general. 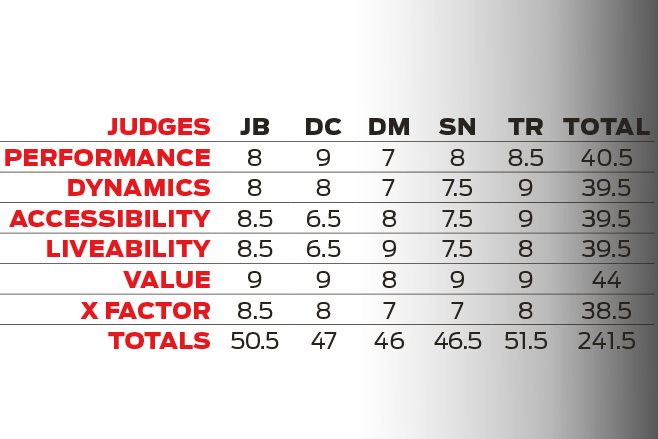