Performance Car of the Year 2018: The Drag Strip

We say this every year, but geez modern cars are fast.

We don’t wish to sound like a broken record, but once again one look at the numbers spat out by our PCOTY  contenders left our jaws agape and heads slowly shaking back and forth in disbelief.

You want progress? The quickest car at PCOTY a decade ago, the half-million-dollar Lamborghini Gallardo Superleggera, would only be fifth fastest to 100km/h and fourth over the quarter mile in 2017, with a BMW M4 and Porsche Cayman snapping at its heels. 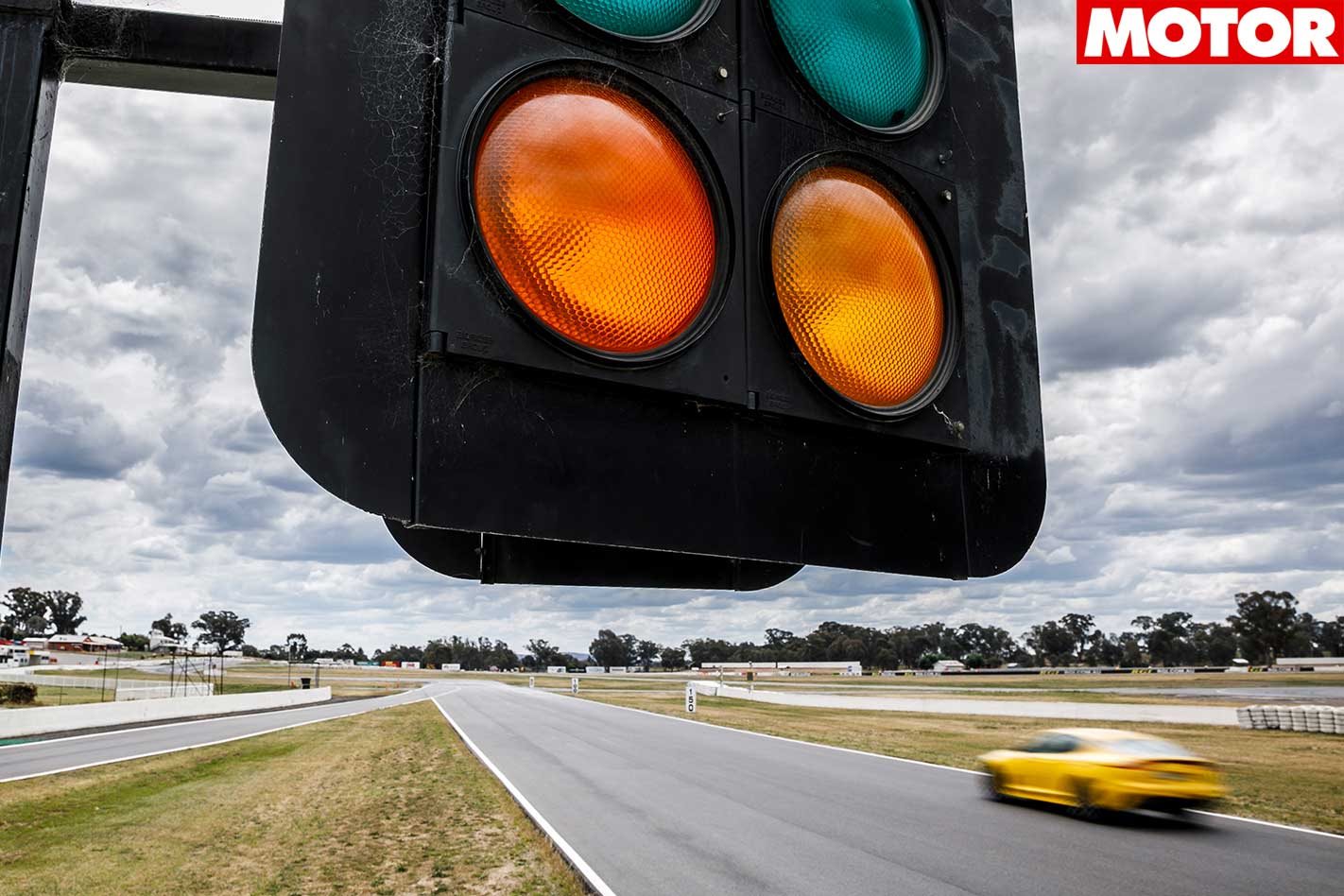 The next-quickest car, the Porsche 997 GT3, would be only eighth, watching the plump rump of the Alfa Romeo Giulia QV slowly but surely walk away from it.

Even the slowest of our 10-strong field, the Honda Civic Type R, would give the very best Aussie V8s of 2007 a scare, clocking an impressive 5.68sec to 100km/h and 13.66sec quarter at 174.92km/h. These numbers improve slightly on our first effort at Heathcote for a recent comparison, the conditions at Winton being virtually perfect (for once) for quick times. 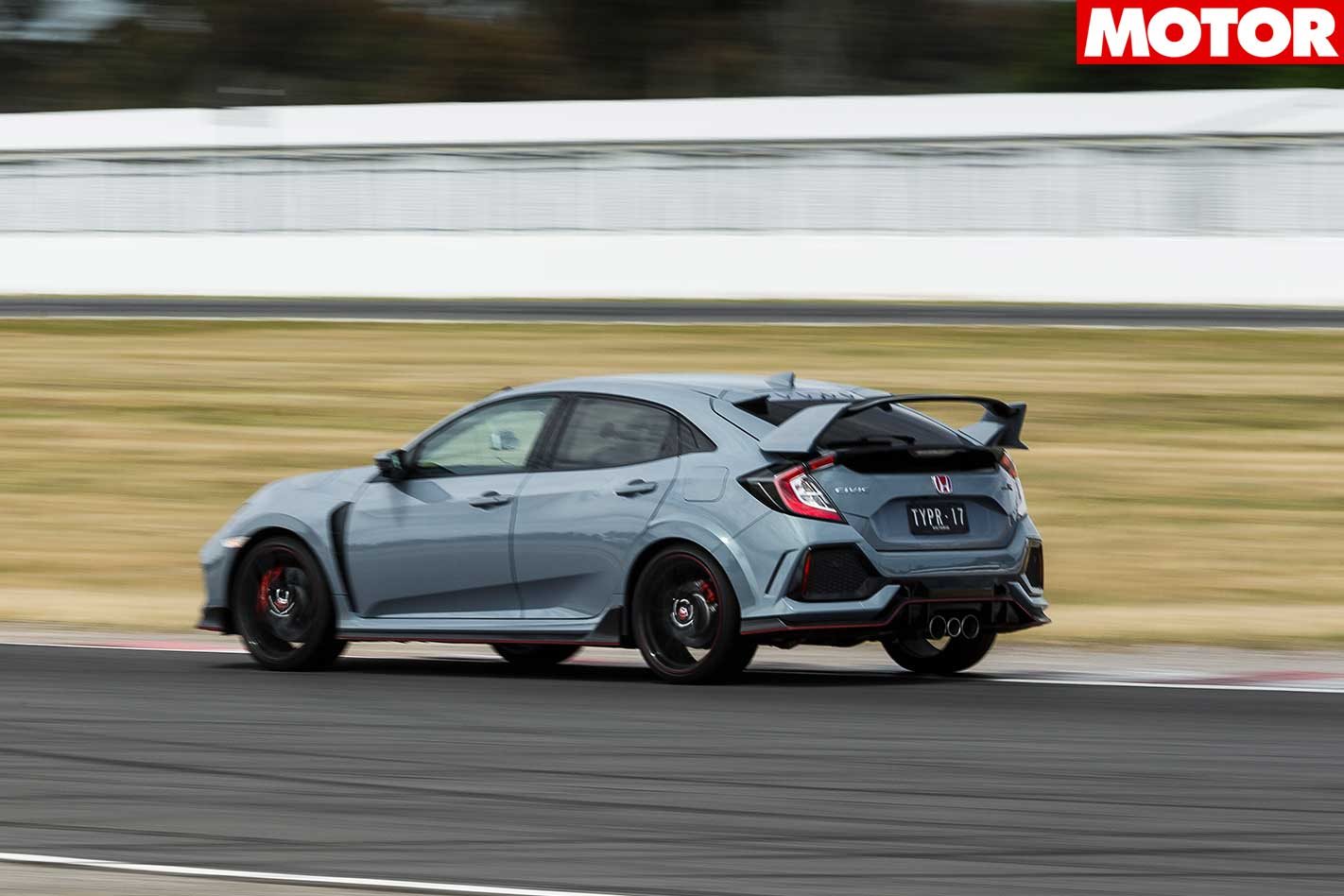 Short gearing hurts the Honda slightly to 100 clicks, second running out at 98km/h, so there’s nothing to do but take the pain and change early to make the most of that turbo torque, the penalty relatively slight thanks to the Type R’s slick shift. Overtaking punch is potent, 80-120km/h taking just 2.9sec and its combination of big brakes and excellent Continental tyres pulls it up from 100km/h in a tidy 32.69m. 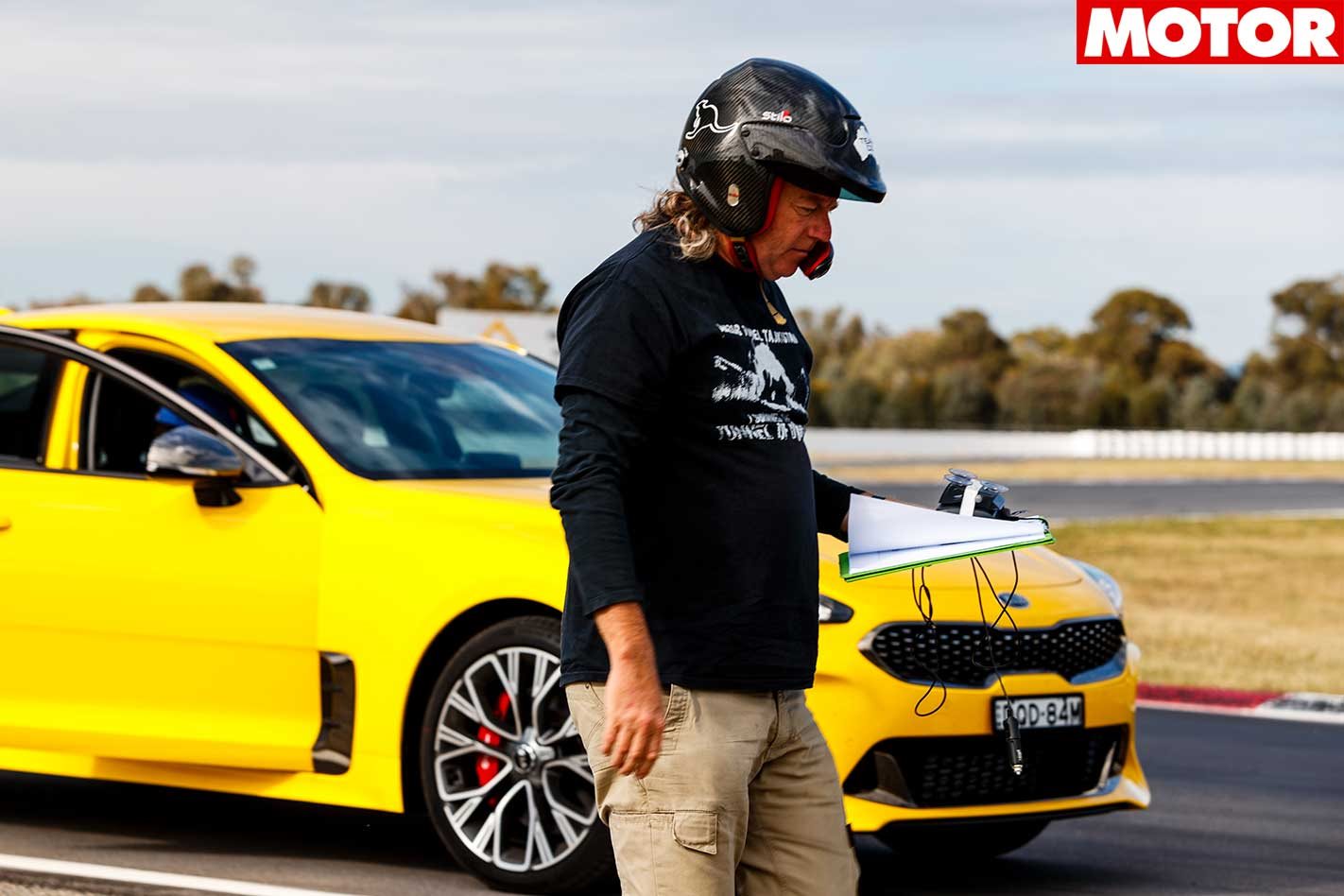 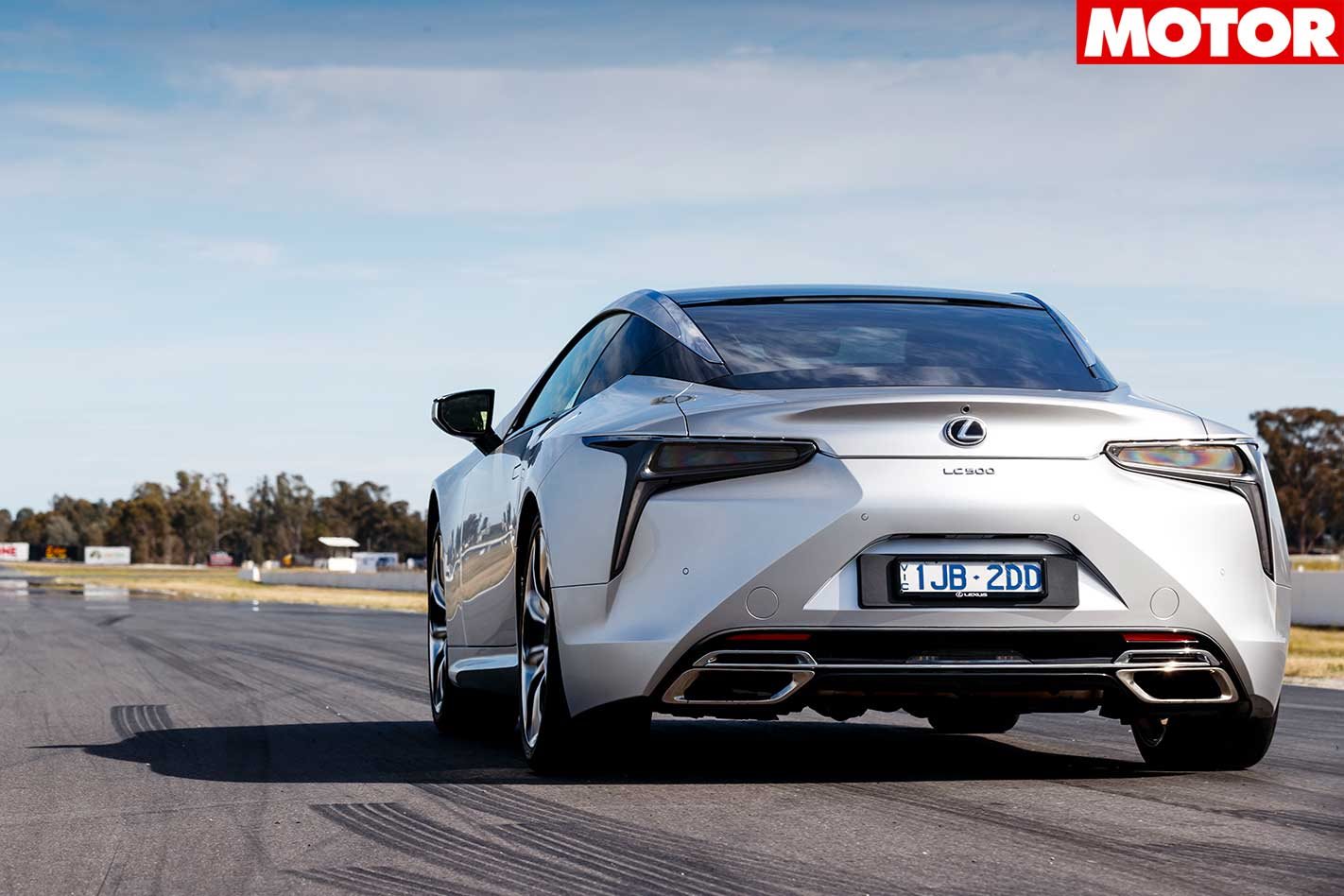 Would an LC500 owner be concerned their $200K sports GT could be left behind by a $55K Kia sedan? Perhaps, but the noise is more than ample compensation. Stops well, too, given its weight, requiring 35.83m to shed 100km/h.

The LC500’s nearest competitor on price is the BMW M4 CS (standard they both cost $190K), but the Bavarian occupies a completely different performance league.

As ever, launch control simply generates too much wheelspin, but once warm the sticky Michelin Pilot Sport Cup 2 tyres offer enough traction to rocket it to 100km/h in 4.05sec, the quickest number we’ve ever recorded in an M car. What’s truly impressive, though, is the way it keeps hauling, 80-120km/h disappearing in just 2.2sec on its way to a 12.01sec quarter at a whopping 197.25km/h. 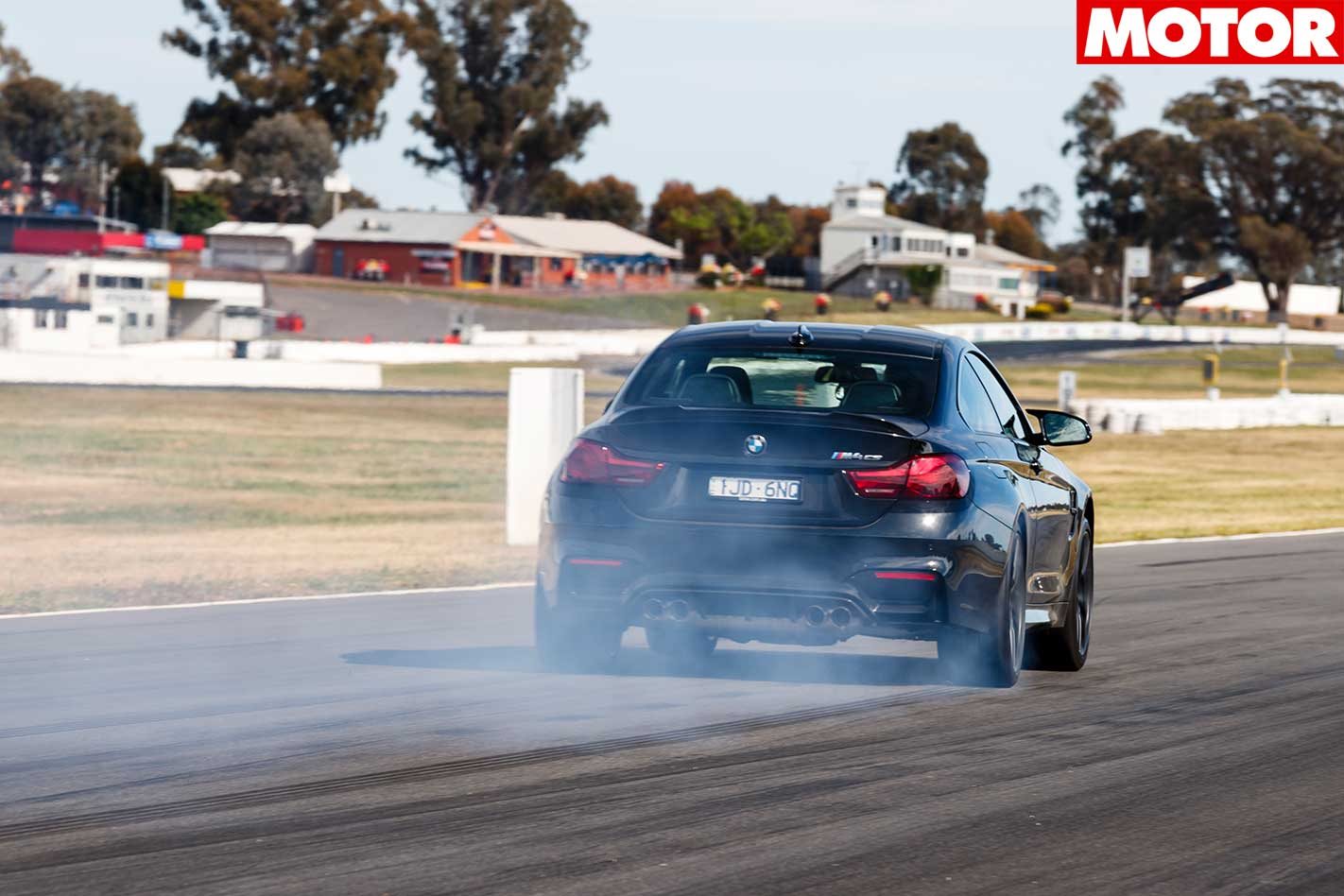 Those Cup tyres proved their worth in the other direction, too, the M4 CS managing a neck-straining 30.42m 100-0km/h stop.

Similar in concept and speed to the M4 CS is the Alfa Romeo Giulia QV. Like the BMW, walking it off the line to limit wheelspin is key to the quickest times. Be ready to grab that over-size upshift paddle, too, as the Giulia’s 375kW/600Nm 2.9-litre twin-turbo V6 rips through its close ratios. 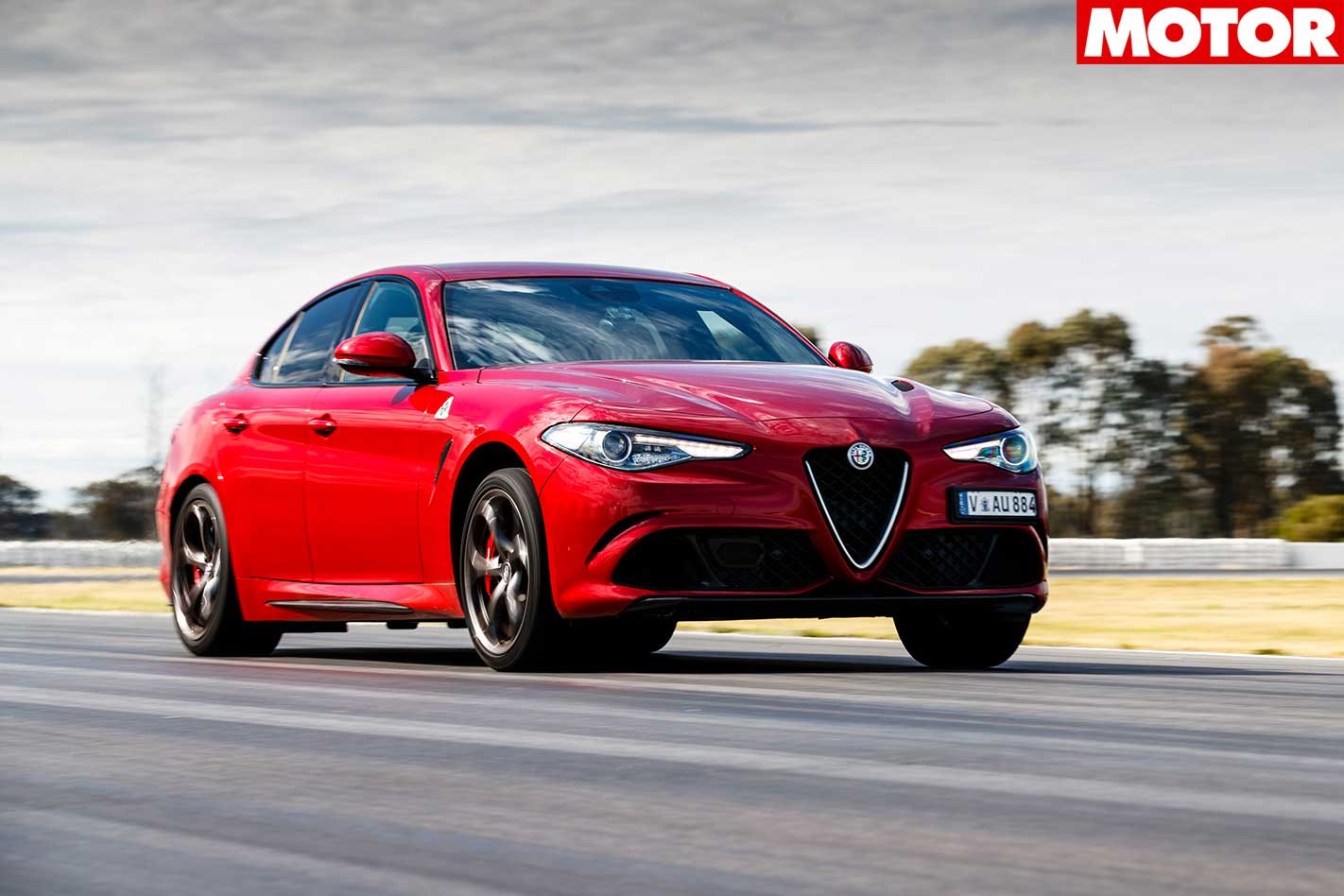 This Giulia wouldn’t quite hook up as cleanly as the last one we tested at Winton, but 0-100km/h in 4.31sec and a 12.20sec quarter mile at 194.96km/h is far from hanging about. Its 80-120km/h overtaking potential is a fraction behind the M4’s at 2.3sec, likewise its stopping ability at 32.44m, which is still an outstanding effort for a four-door sedan. Those Corsa tyres help.

When calibrated correctly, launch control is a real asset. The 718 Cayman’s 2.5-litre turbo four-pot generates much more torque than its predecessor, which makes the fact it dials up around 6000rpm on the line a real surprise. 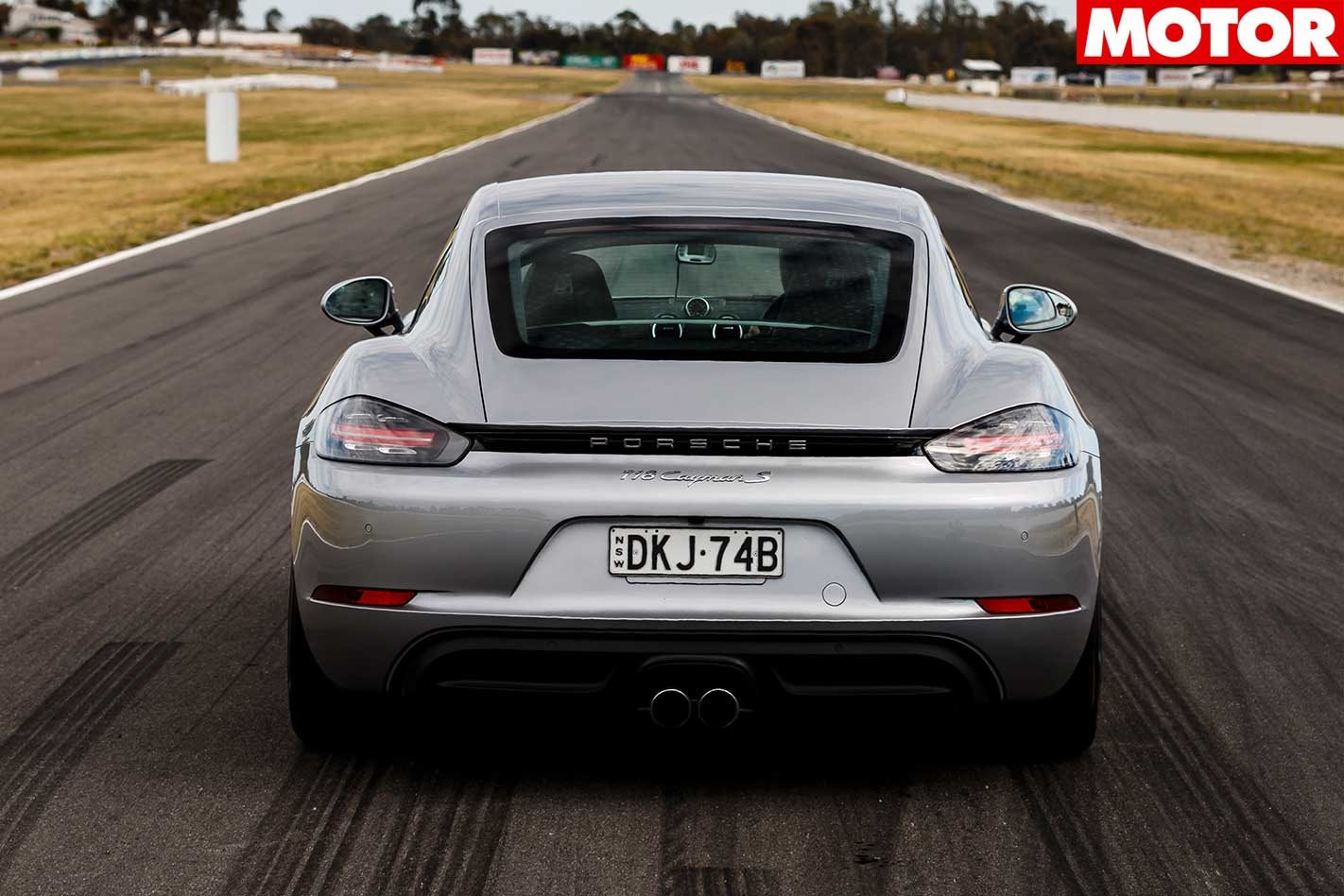 It doesn’t feel particularly clean, but it’s ruthlessly effective, the petite Porsche clocking a stunning 3.95sec from 0-100km/h, besting its claim by 0.25sec, and a 12.02sec quarter at 189.12km/h, its relative lack of puff compared to the M4 beginning to show at the top end, which is highlighted by its 2.5sec 80-120km/h result.

If any car proves it’s not what you’ve got but what you do with it that counts, it’s definitely the Cayman, backing up its eye-popping acceleration figures by pulling up in 30.94m from 100km/h.

For the ultimate in straight-line efficiency, though, look no further than the Audi TT RS. It’s undoubtedly a powerful car, producing 294kW/480Nm from its 2.5-litre turbo five, but few would expect numbers as sharp as 3.59sec from 0-100km/h and a scorching 11.75sec at 191.89km/h. 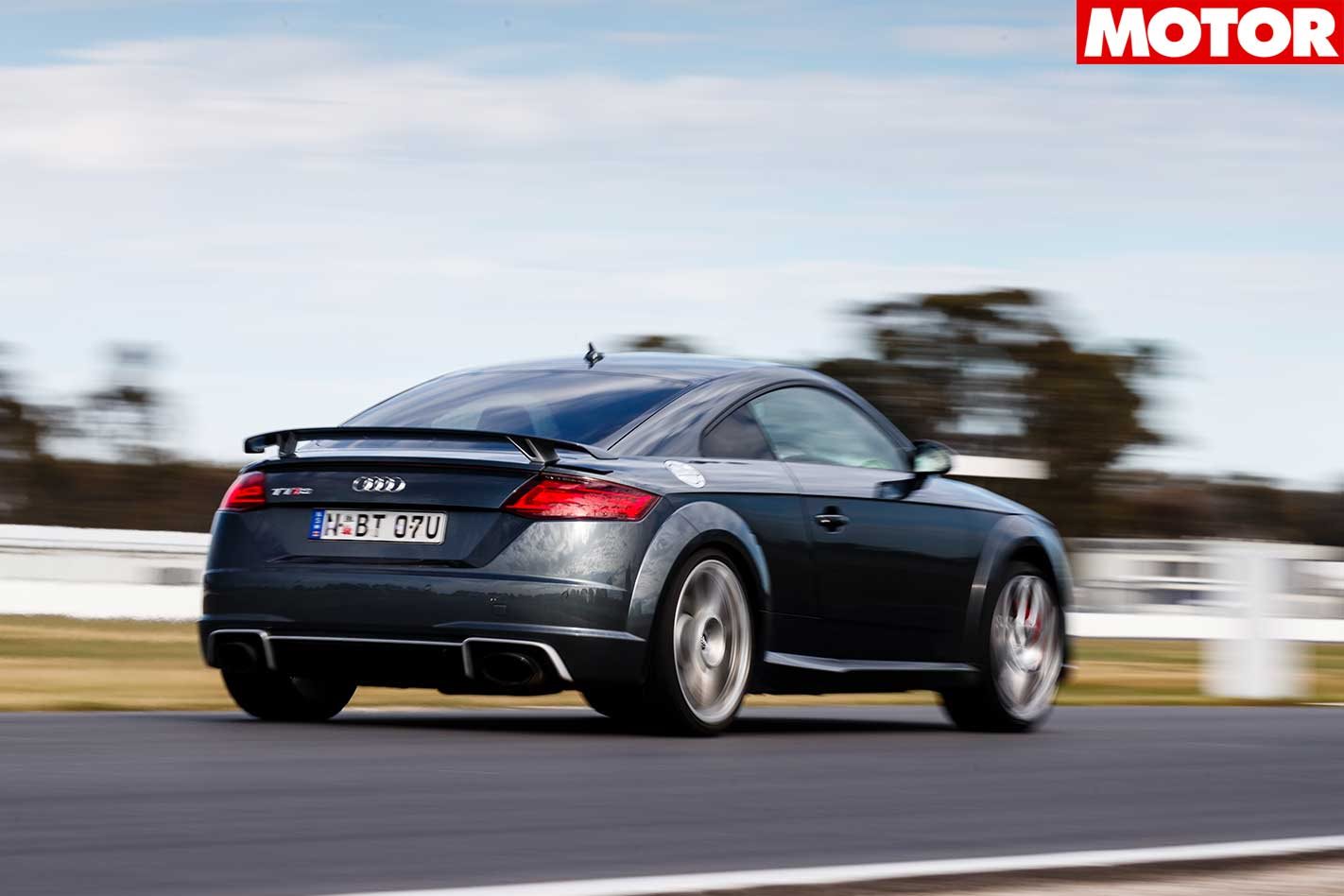 Its launch control is faultless, wasting not a single kilowatt in wheelspin to secure the 100km/h bronze medal; it makes a mega noise, too, as it charges through the 80-120km/h splits in 2.4sec. However, its whoa can’t match its go with its 100-0km/h stop stretching out to 35.19m. 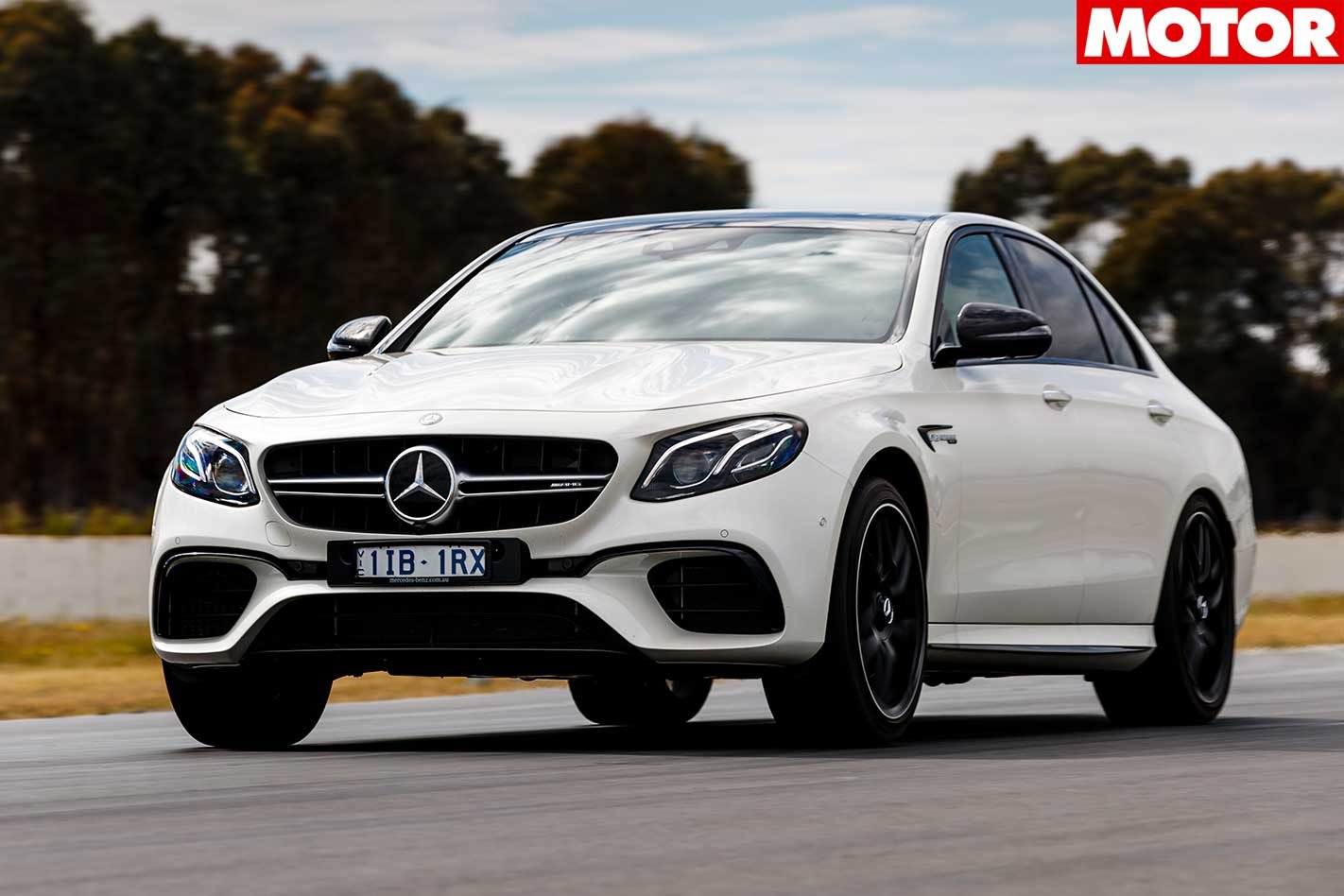 The ease with which it achieves these numbers would be undramatic if it wasn’t so brutal in its straight-line ability. It rips from 80-120km/h quicker than any car we’ve ever tested at just 1.6sec, accompanied by a noise like a 1970s US muscle car. Its weight shows in its 100-0km/h stop, but the optional carbon ceramics pull it up in 34.29m.

Unfortunately, a problem with its 12v outlet prevented us running numbers on the Nissan GT-R Nismo at Winton, however, its previously recorded numbers still secure it the straight-line gold medal. Given it recorded three identical runs (to the tenth) at Heathcote, it seems reasonable to assume it would have replicated its 3.28sec 0-100km/h and 11.19sec at 203.08km/h efforts at Winton. Its three fewer ratios than the E63 shows in its 2.1sec 80-120km/h result and mash the brake pedal as hard as you can and you’ll pull up from 100km/h in 33.27m. 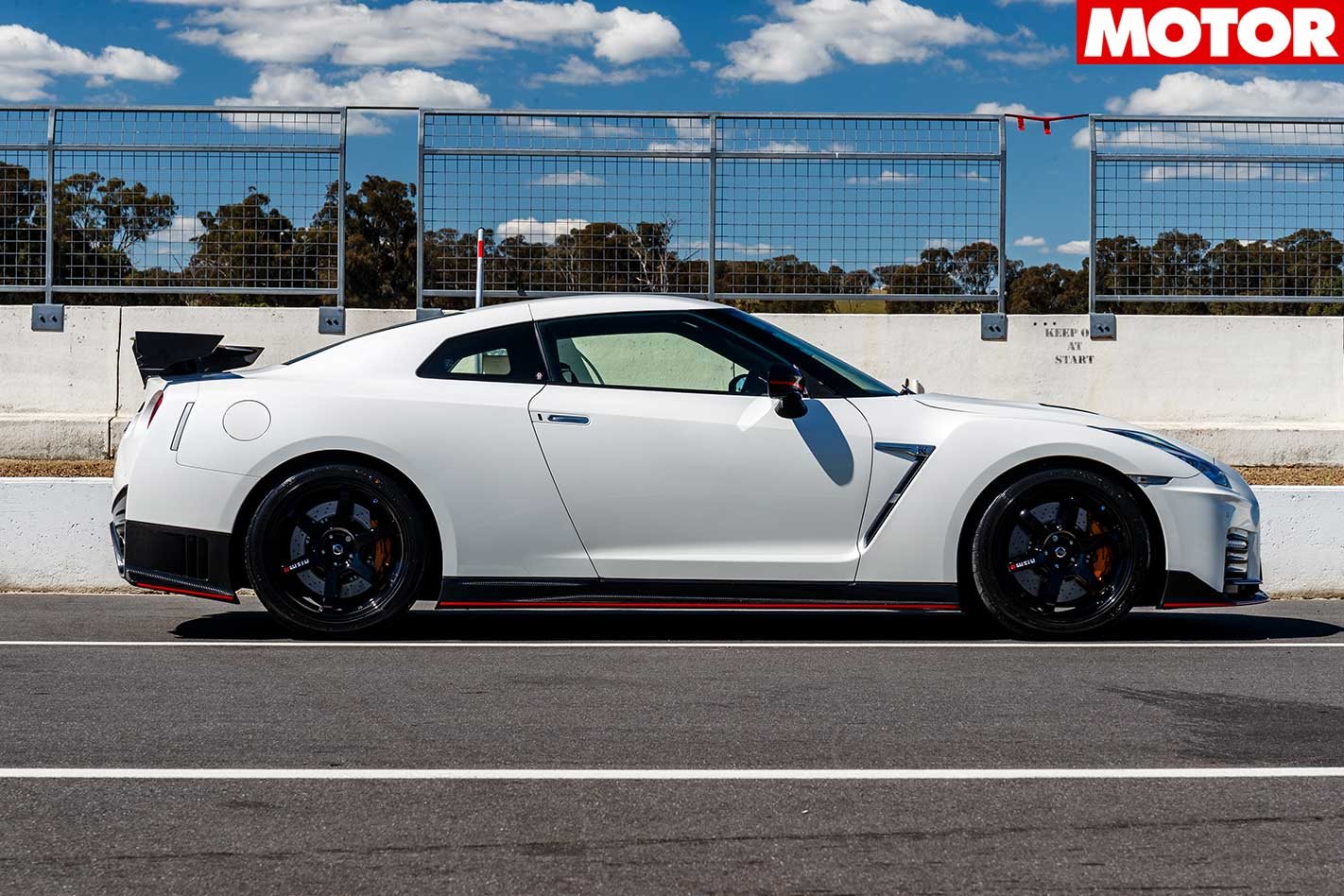 Which leaves just the HSV GTSR W1. It was never going to be the quickest car on test, but it would be the car that most would be interested in. Hence a certain level of procrastination leads to it lining up last. A quick burnout warms the sticky Pirelli P Zero Trofeo R tyres, but the super-tall first gear (it runs to 97km/h) foils the first run, the engine bogging down and it recording 4.5sec from 0-100km/h.

It’s clear the only way to get it rolling quickly is to slip the clutch slightly to keep the revs singing as there’s too much power to allow any wheel slip. The burning smell and smoke that appears from the back of the W1 suggests it’s not a launch you’d want to attempt more than once, but once is all that’s required as the ultimate Aussie muscle car rips off 0-100km/h in 4.16sec and a 12.18sec quarter mile at 195.86km/h as well as 80-120km/h in just 2.2sec (in second gear!).

History suggests next year’s PCOTY field will be even quicker, but there will never be a faster Australian-built car than the HSV GTSR W1. 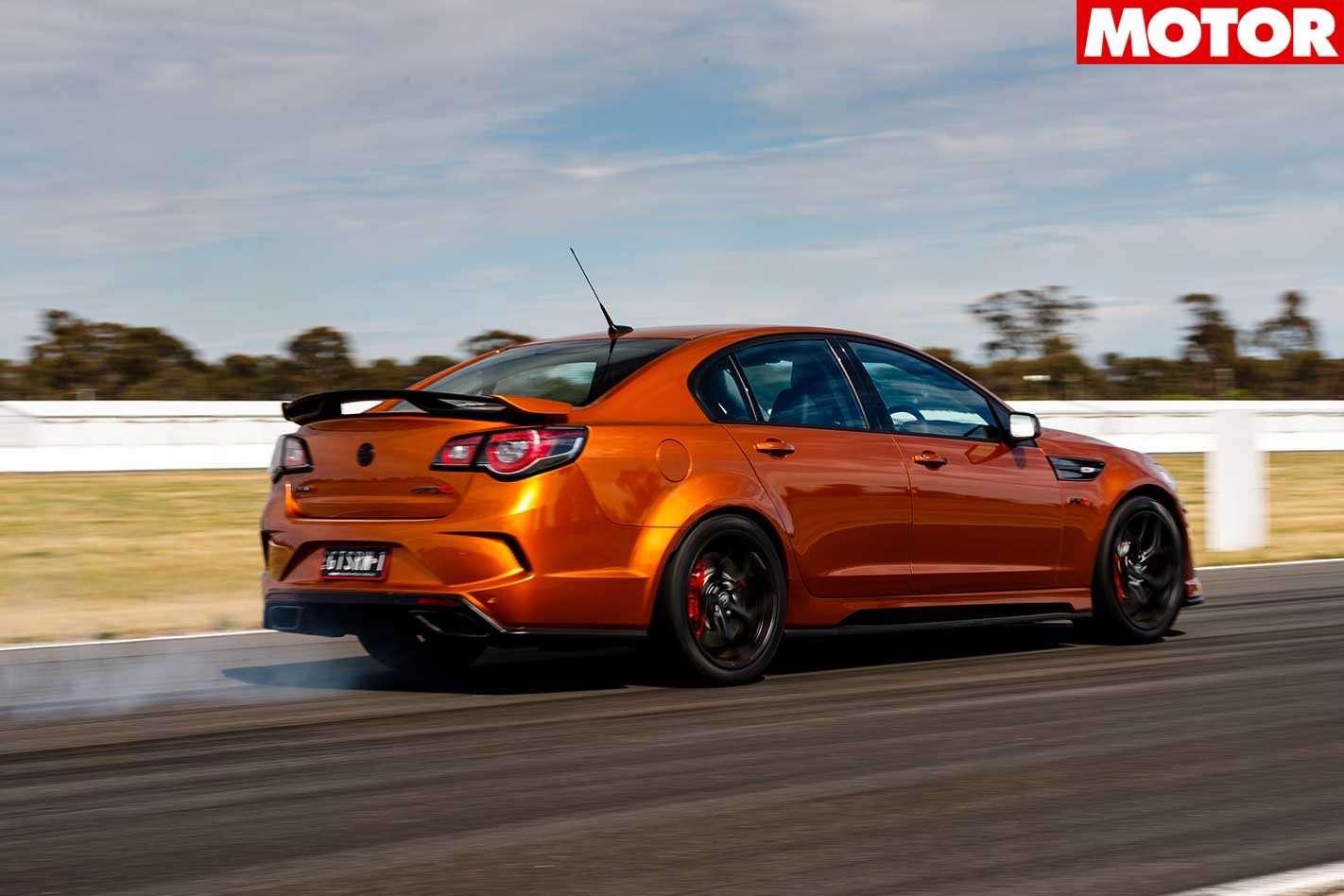 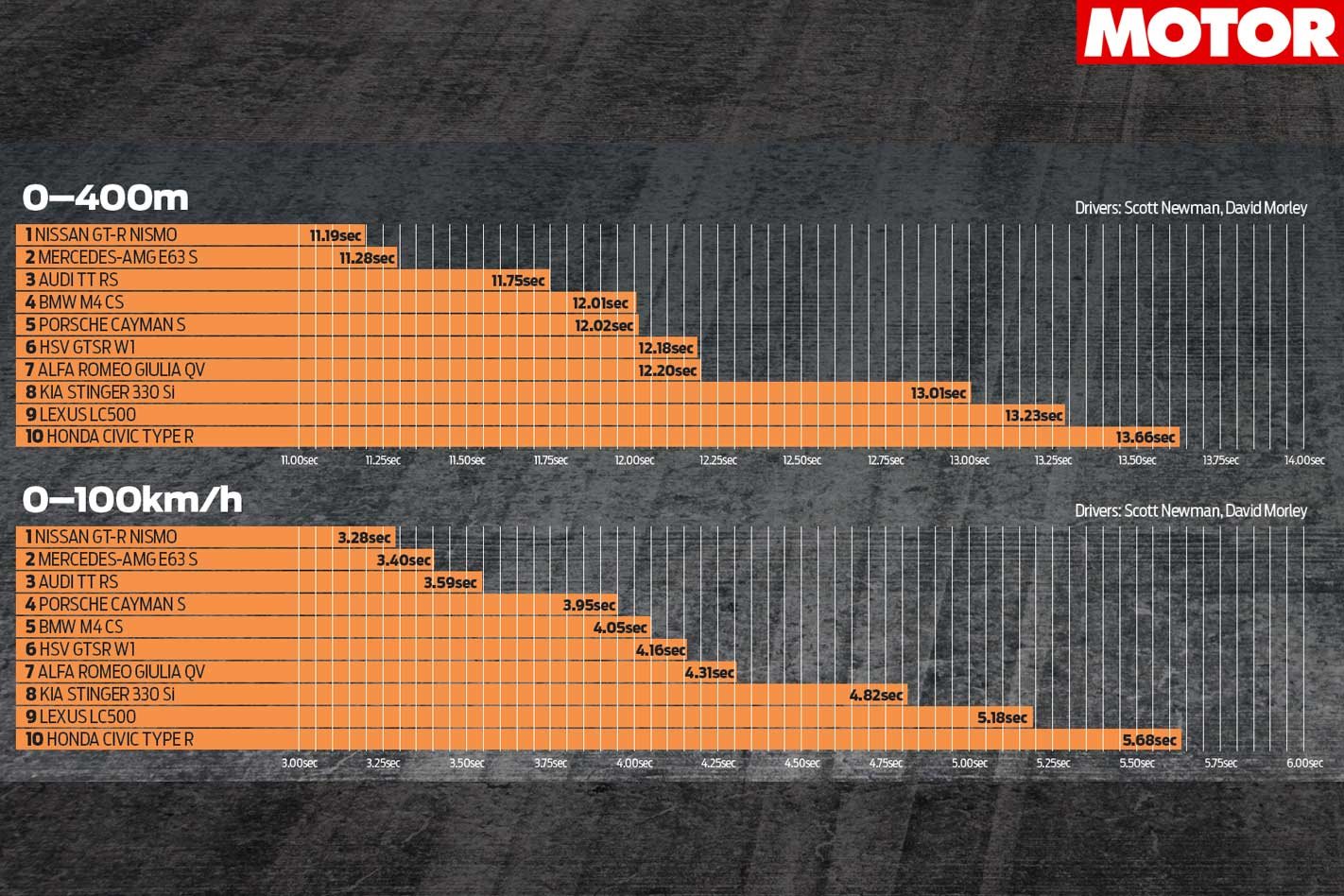