AUSTRALIA’S car industry was preparing for big change in 1973 that would introduce our first emissions laws and radically reshape the manufacturing landscape.

The rise of Japanese cars was continuing unabated. Mazda entered 1973 holding fourth place on the sales charts behind Holden, a Ford starting to beat its rival in the monthly sales fight, and Chrysler. Rumors start spreading, too, that Holden will soon start supplying completely knocked down versions of the HQ Premier to Mazda in Japan that will be fitted with a rotary engine – the Roadpacer. 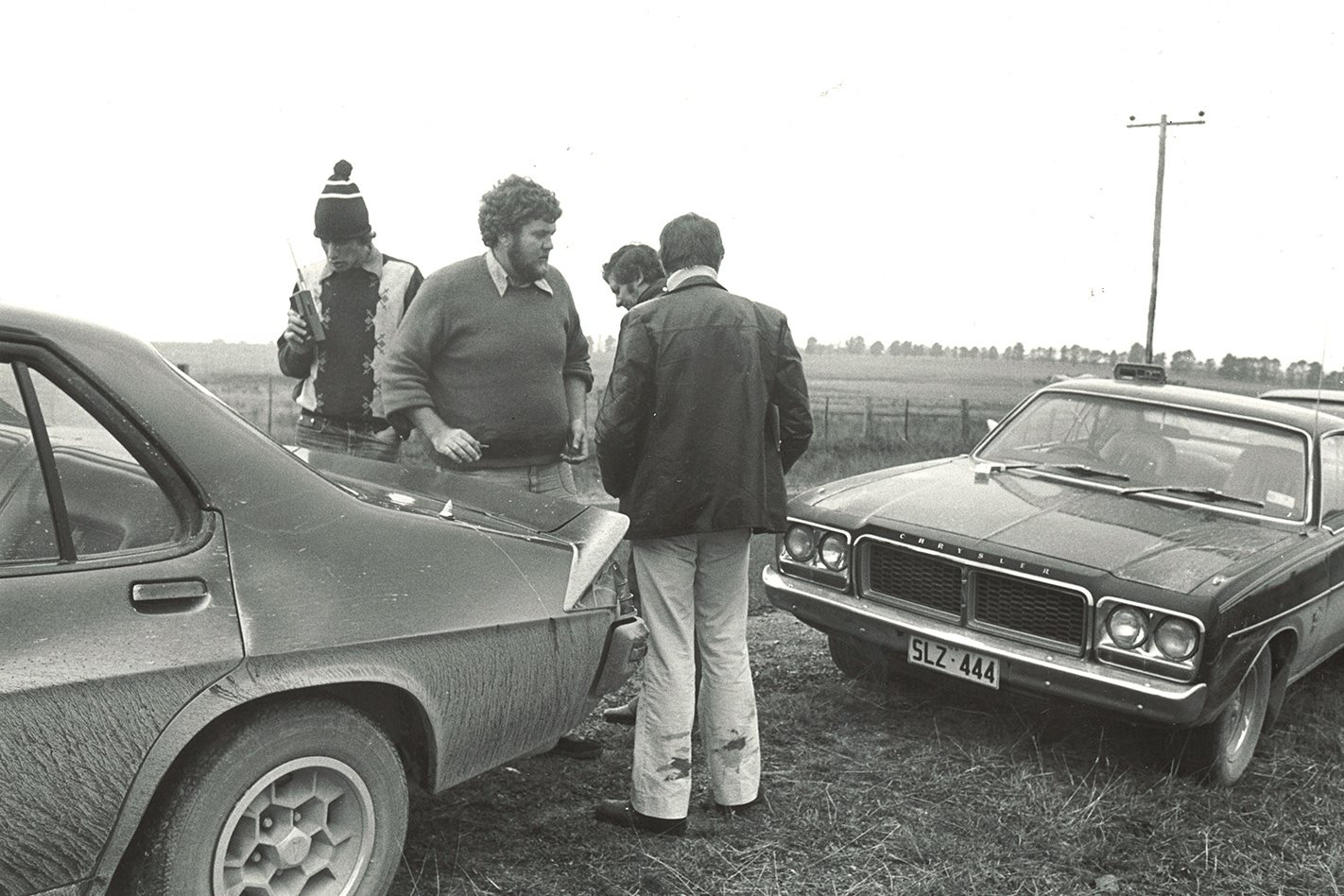 It was a tough period for the industry, with a stagnant economy threatening to slam the brakes on car sales. Chrysler was forced to cut daily production at Tonsley Park by 20 units a day to just 140 in response to slowing sales, despite a 200-a-day capacity. Holden, meanwhile, saw sales slump 13,000 units.

Looming local content mandates, due in 1974 and requiring up to 85 percent Australian-sourced parts, resulted in both Toyota and Nissan announcing plans to introduce local production lines – a plan that gained the Federal Government’s approval the following year. Nissan would start with the 180B, assembled at Motor Producers Limited in Clayton, where the 180B and the 1200 are already assembled, but flagged plans to include an engine and transmissions plant, steering gearboxes and front axles. Toyota had bought a 130-acre site at Altona that it would use as the site of its local manufacturing operations.

Without the benefit of 20:20 hindsight, Chrysler Australia managing director David Brown claimed there was no room for the 100,000 annual sales-strong market to support more than three manufacturers. 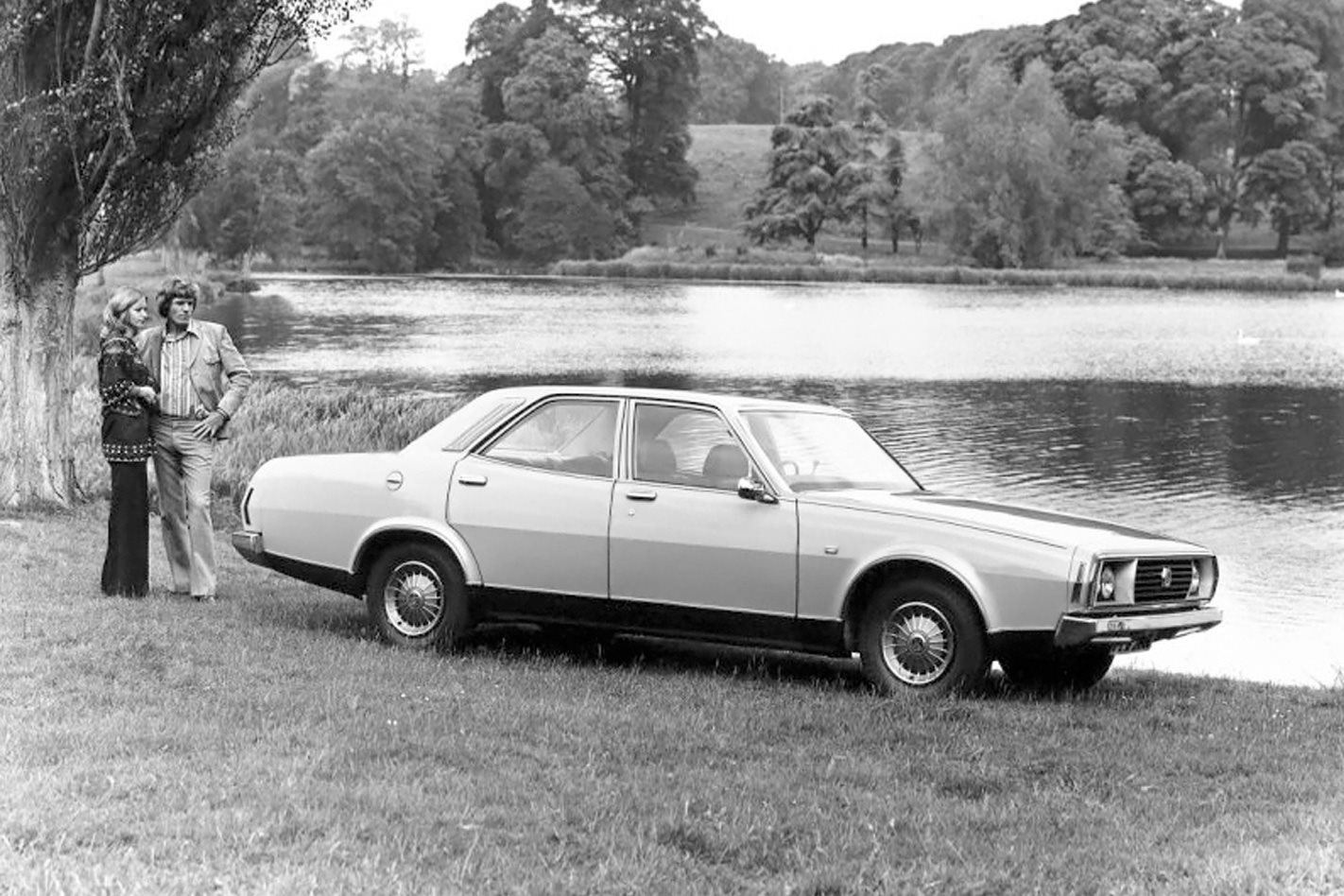 Meanwhile, Leyland Australia was struggling to support its new Leyland P76 (above). “We couldn’t sustain our position … if the P76 went sour,” British Leyland chairman John Barber said from the company’s British headquarters. “We might have to consider withdrawing our horns and having a much smaller operation in Australia.” The comments come after Leyland Australia announced it had accumulated $15 million in losses – a huge sum of money at the time – over three years.

Chrysler, meanwhile, switched off assembly of the Dodge Phoenix after a 12-year run, AMI introduced a fully imported Toyota Corolla wagon, and Holden released the Monaro GTS four-door in response to the Falcon GT-HO and the Charger R/T. Ford also released a Falcon Superbird.

Holden topped the sales charts in 1973, selling more than 93,000 cars against Ford’s 62,000. But the industry was struggling with rapid growth. Waiting times for new cars started to blow out, with the wait for a Chrysler Gallant up to three months. The problem? Components suppliers are identified as the single biggest problem, although the shortage of tyres has hit manufacturers hard – Holden had even considered supplying cars without spare tyres to get around the problem.

The industry was also struggling with rising production costs, with salaries in the industry rising 25 percent over 12 months, inflating new-car prices. By way of measure, the price of a base Peugeot 504 had gone up from $3475 when launched to $5498. 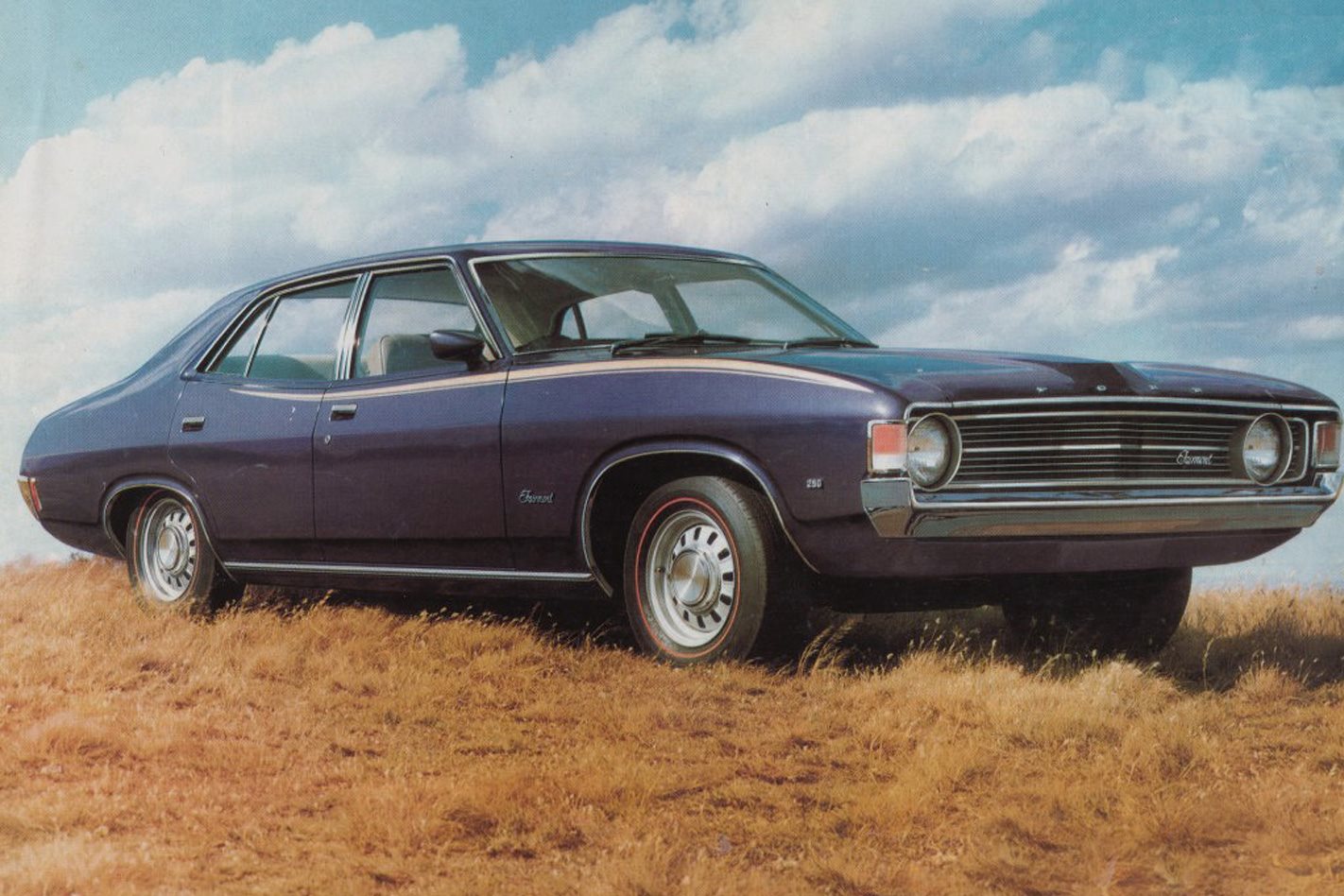 The sale of the 100,000th XA Falcon – a V8 Fairmont automatic – made it Ford’s most successful model yet – the previous best production run, the XY, accounted for more than 96,000 units. However, a series of strikes are crippling the company’s production line.

The big-spending Whitlam Government threw a spanner in the works in 1974, exploring the idea that tariff protection in the automotive industry should fall to 25 percent. In response, the future of the Leyland P76 Force 7 is cast in doubt. Whitlam would eventually turn around his hardline position and increase tariff protection for the industry.

Troubles overseas would see the end of Leyland Australia – the fourth-largest manufacturer – in 1975, despite top-level government talks aimed at increasing its quota to assemble or import cars up to 30,000 – four times its current production. Toyota, meanwhile, started assembly of a two-door Corolla as speculation raged of a tie-in between Chrysler, Toyota and Nissan to produce four-cylinder engines at Tonsley Park.

Ford released the John Goss Special version of the Falcon 500 hardtop. Rumours start to circulate, though, that Datsun is considering abandoning its local manufacturing plans in favour of full imports given the uncertainty around import tariffs on parts. 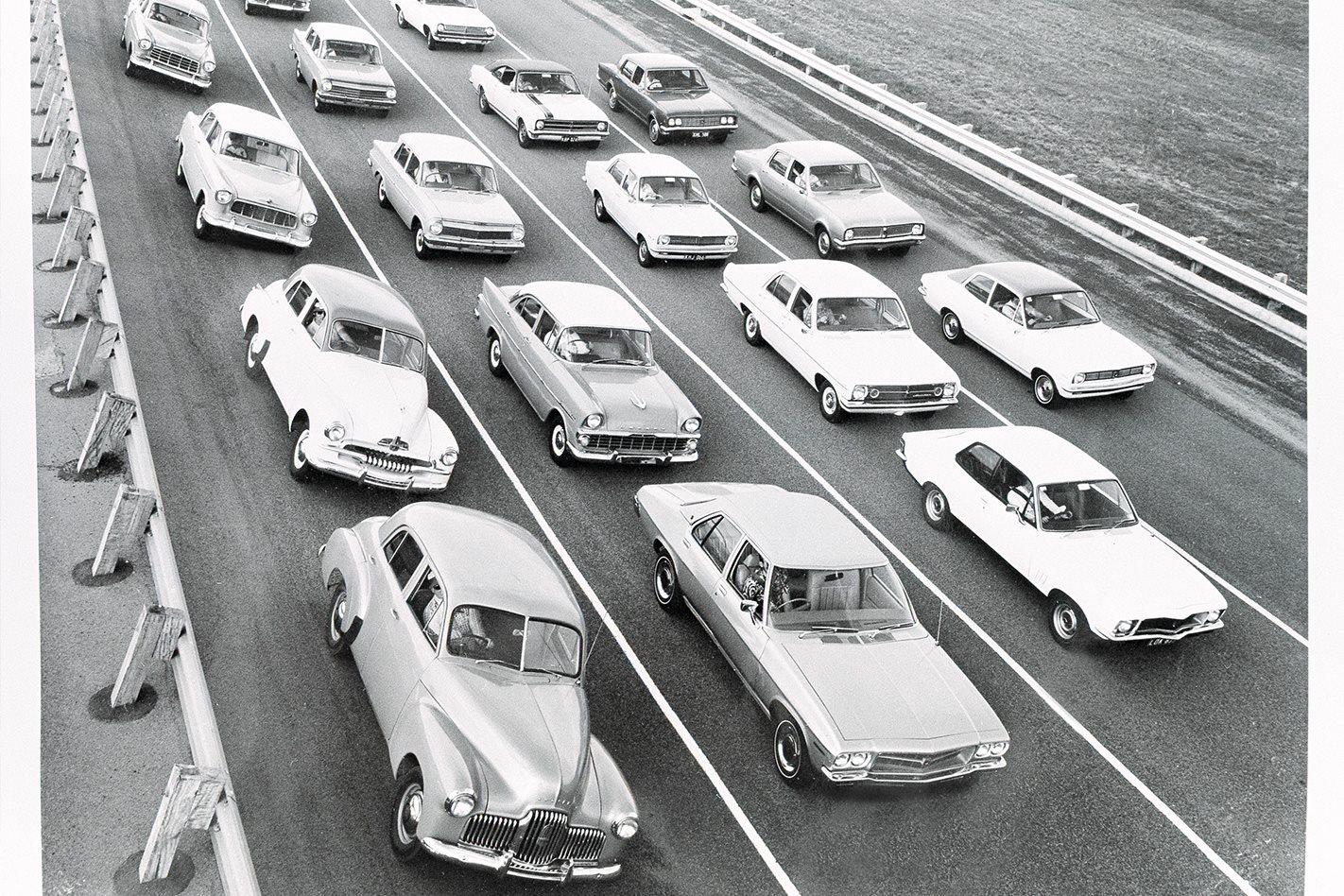 The Holden TX Gemini was named the 1975 Wheels Car of the Year.

Meanwhile, news broke of the first Korean car potentially bound for Australia – the Hyundai Pony – featuring an Italdesign body and a Mitsubishi motor.

Tighter vehicle emissions standards were slated for 1976, meaning cars had to be fitted with a positive crankcase ventilation system, an evaporative emission control system and an exhaust gas recirculation system. It was also the year Nissan would take full control over the Clayton-based assembly plant building its vehicles.

Our industry would produce 473,045 vehicles in 1976. An Australian car employee would make the equivalent of 5.6 cars a day, while their Japanese equivalents would make 37.2 at Nissan and 40.5 at Toyota. 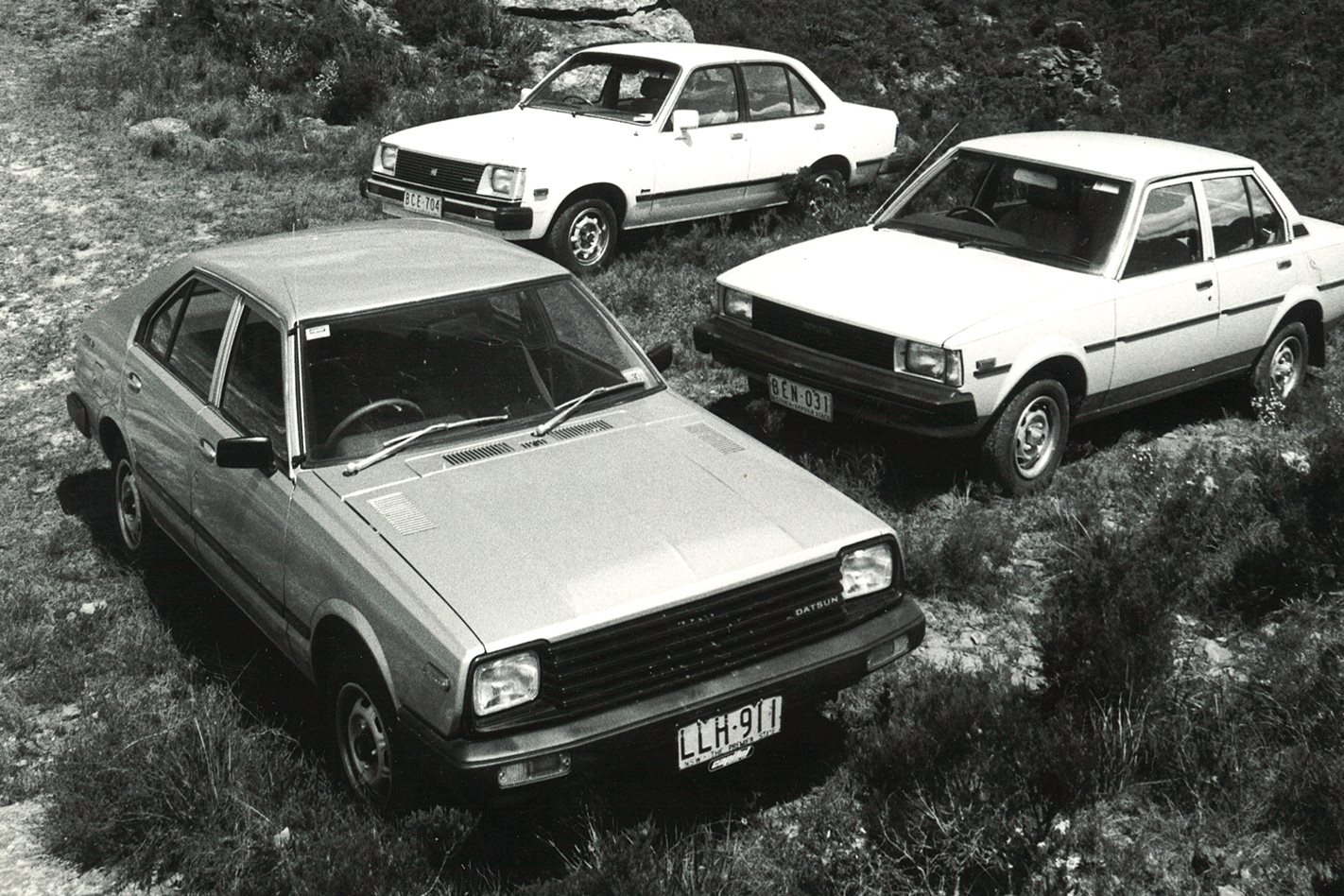 And an import, the Volkswagen Golf, takes the 1976 Wheels Car of the Year title.

In 1977, the unthinkable happened: The Ford Falcon outsold the Holden Kingswood by a narrow margin. Alan Moffat and Colin Bond celebrated that with their now famous 1-2 victory at Bathurst. And in spite of the flood of cheap, well equipped Japanese cars, the Holden Torana/Sunbird managed to outsell the Datsun 180B. It’s also the year the Honda Accord took the Wheels Car of the Year title.

Next:1978-82: The game-changing Holden Commodore