Will the real BMW M140i please stand up?

Back when the digits on a Bavarian’s rump equated to the cubic capacity under the bonnet, this one-off 4.0-litre naturally aspirated V8-powered, decade-old 1 Series five-door hatchback would have best suited that badge.

Just this month a Sydney-based conversions company has re-configured the entire driveline from the revered E92-generation BMW M3, complete with 309kW at 8250rpm 400Nm at 3900rpm, into a first-generation 130i five-door that already had 150,000km on the clock. 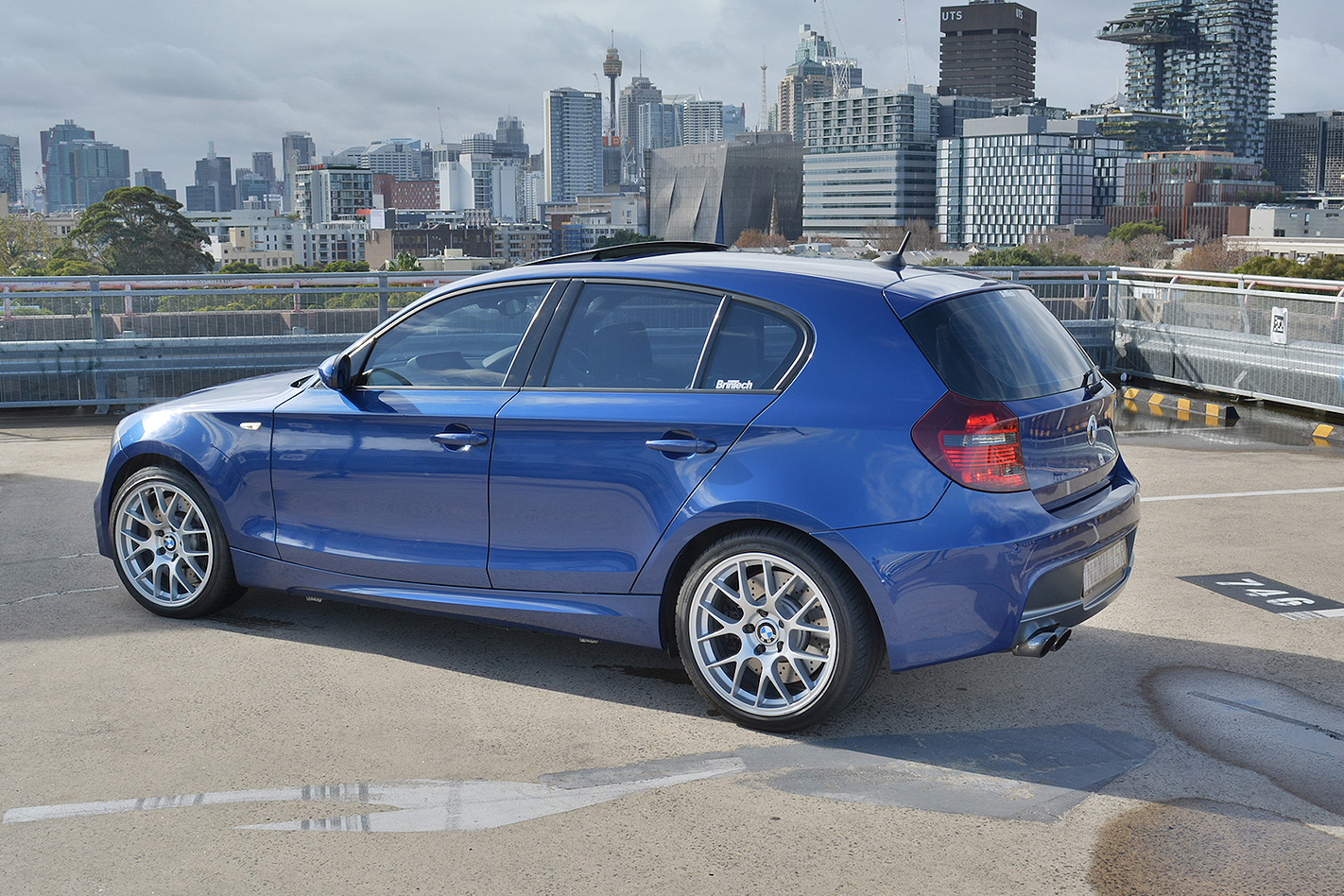 More than that, the entire suspension geometry, including whole front and rear subframes, the adaptive suspension, active M differential, and computer network, was transferred from a pranged E92 M3 into this 130i by “factory level conversion specialists” Brintech Customs.

Brintech posted a call to action on its Facebook page earlier this year, offering any 1 Series owner to provide their hatch free of charge as part of a marketing promotion. The owner would pay for $29,000 in parts only, with the circa-$15K in labour thrown in for free.

Nathan Godby had owned his 130i for six years, and figured it was a neat way to upgrade from the standard 195kW/315Nm 3.0-litre naturally aspirated inline six-cylinder and six-speed manual combination, upping outputs in by a whole 114kW/85Nm in the process. 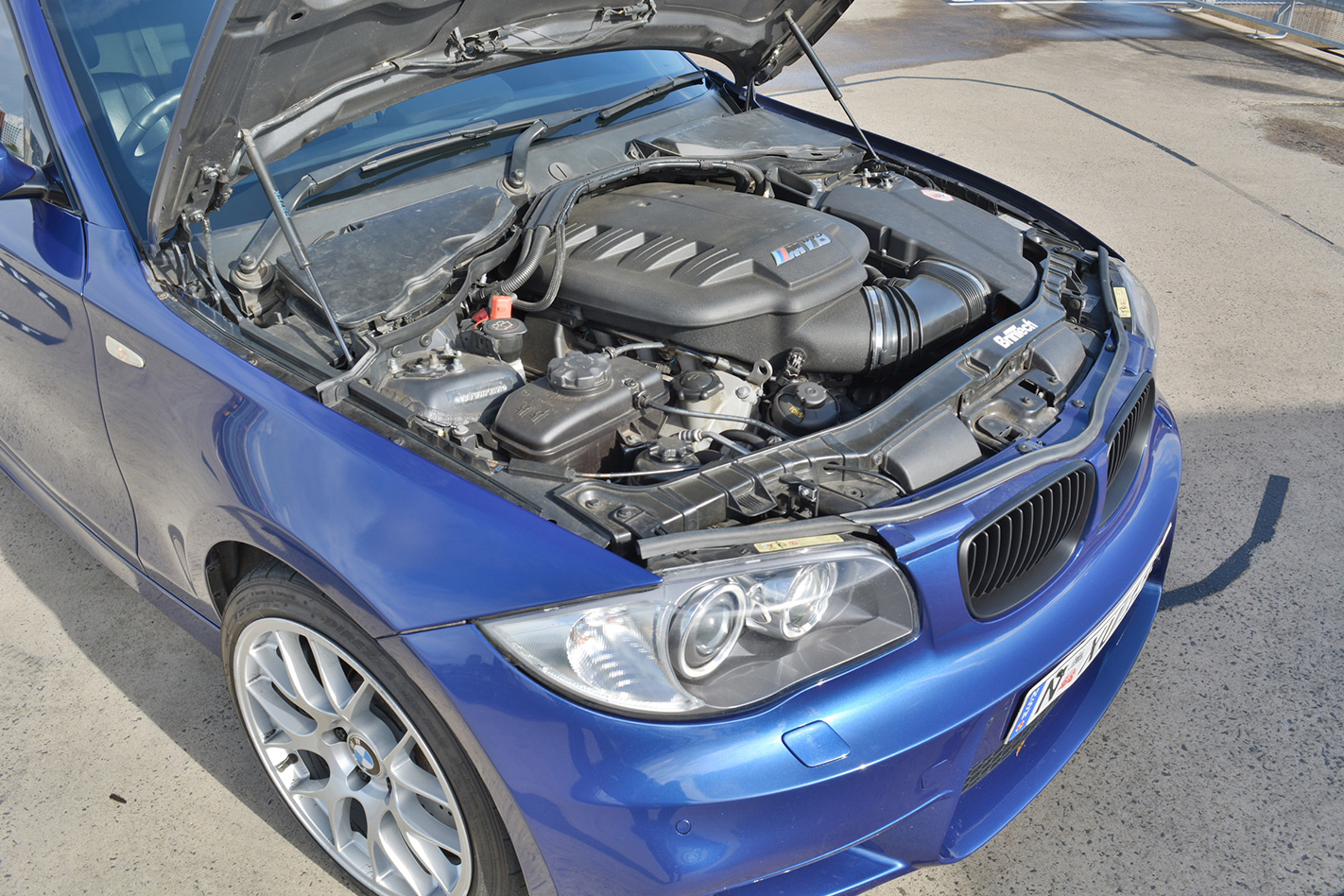 “I had been to see a guy who had a Z4 M for sale as I quite like those, but I sent them [Brintech] a message and a day later they got back to me,” Godby told MOTOR.

“So everything’s out of the M3. The whole front sub-frame, the whole rear-subframe, engine, gearbox, steering rack with the Servotronic function, springs, sway bars, differential, and the brakes. 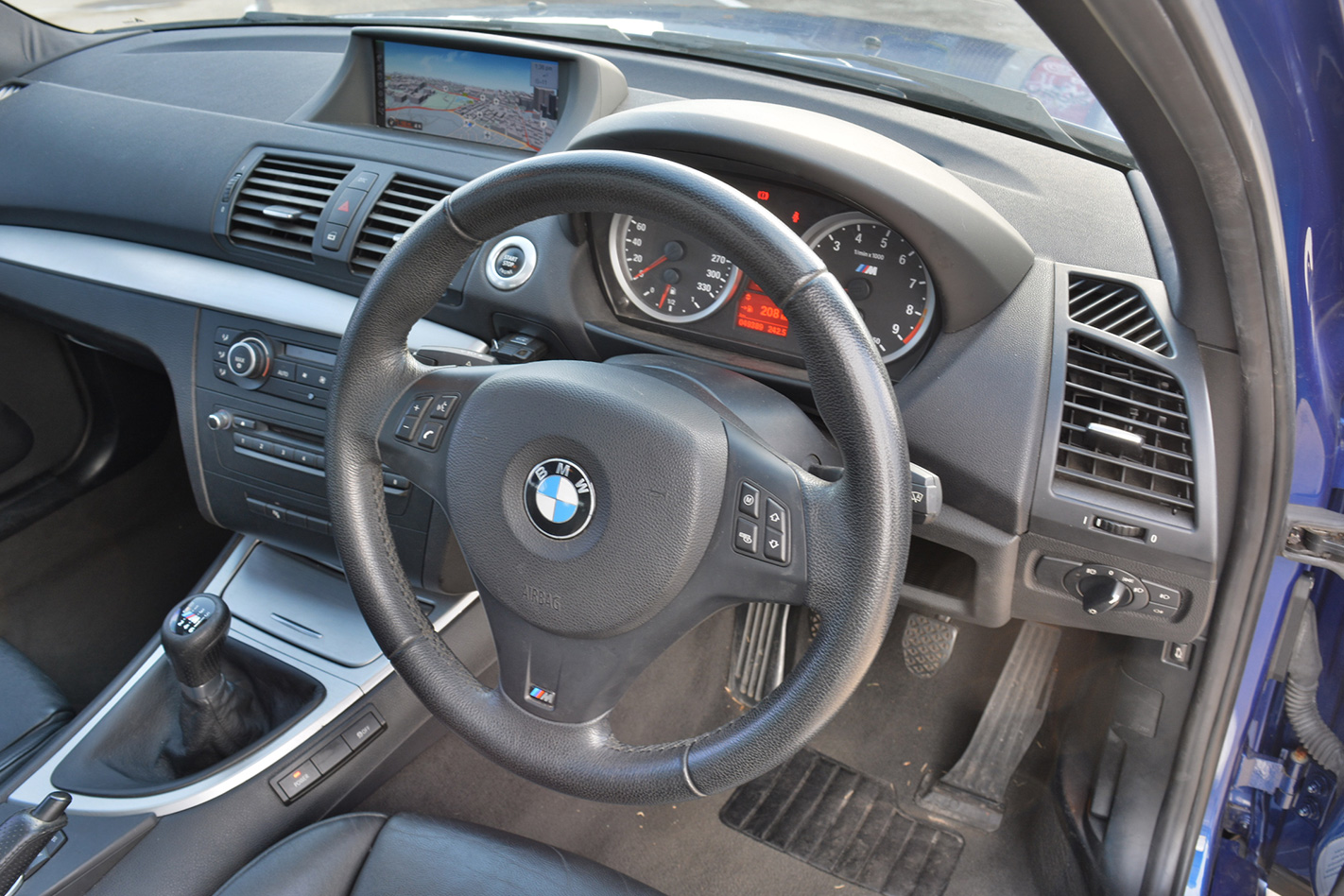 “The only thing that’s not from the M3 is the tail-shaft, as they had to get a custom one to fit the shorter length. The only bits left over from the 1 Series are a section of the steering column, and then the actual fuel tank. It’s an M3 exhaust from the engine, through the cats and to the resonators, and then it’s back to my old 130i muffler.”

The front bar of the 130i also had to go for a ‘1M lookalike’ unit that could feed more air into the oil cooler required by the M3 engine; the fat body of a 1M meant that its bar could not be used.

Otherwise, even the electronics and operating system are poached from the pranged M3, so that includes the damping and stability control buttons that now flank the transmission tunnel of the 130i. The steering wheel is also from the M3, complete with an M preset button that links up to the ‘professional’ widescreen sat-nav from the larger Bimmer.

So, how does it drive? 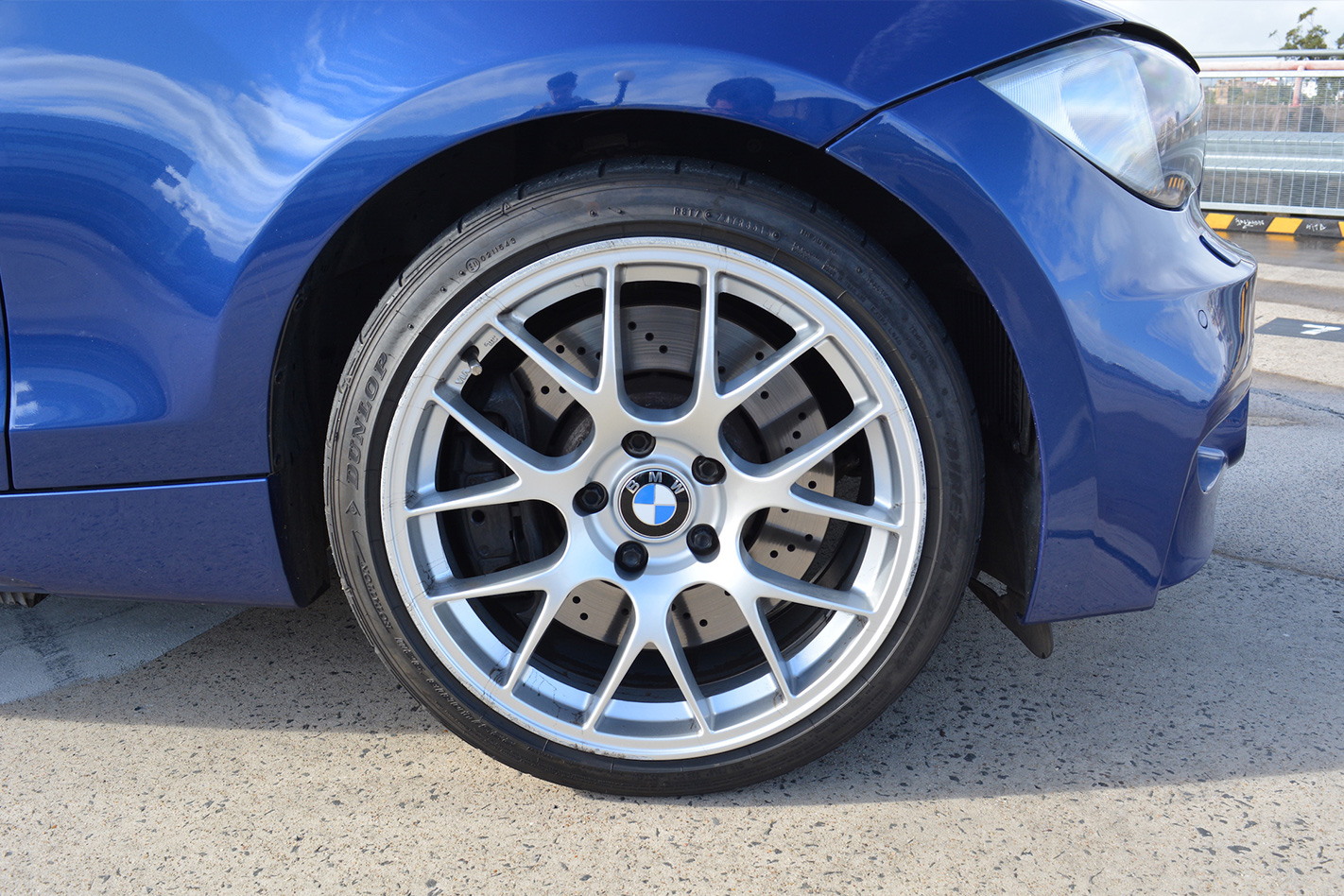 “It’s significantly faster in a straight line, and with the different sway bars and everything it’s much more pointy at the front end. Maybe if you’re in a really long sweeper there’s a bit more understeer, but it’s much more responsive on initial turn-in.

“And obviously with the LSD at the back, you also get better traction coming out of the corner as well.”

MOTOR can confirm that this V8 130i does indeed feel damn fast. Even better, those crisp and clear sonics belt through the firewall to sound arguably better than any of the current turbocharged BMW crop. And, best of all, the 130i feels ‘OEM’ – it seems solid, suspension tight, with nothing of note that feels aftermarket or cheaply (re)engineered.

At $15K retail for the 130i, plus $15K in labour, and $29K for the pranged M3, this project doesn’t exactly make financial sense. But what price can you put on cool? And as the 1 Series nameplate is about to go front-drive for good, a V8 rear-drive hatch is surely the best way to go out… 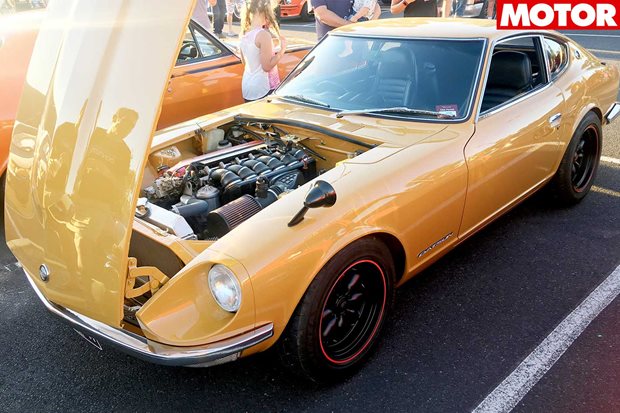 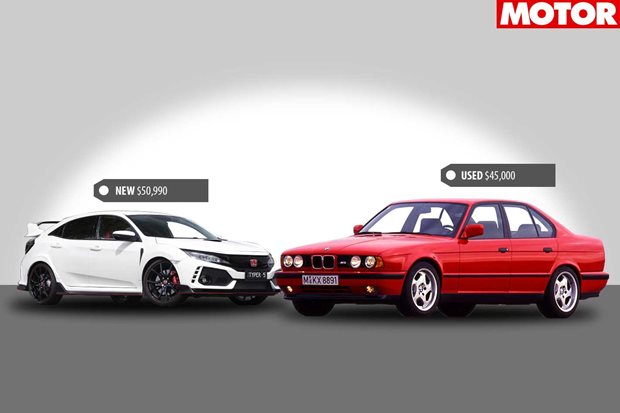 When you have the budget for a PCOTY winner, but classics are life 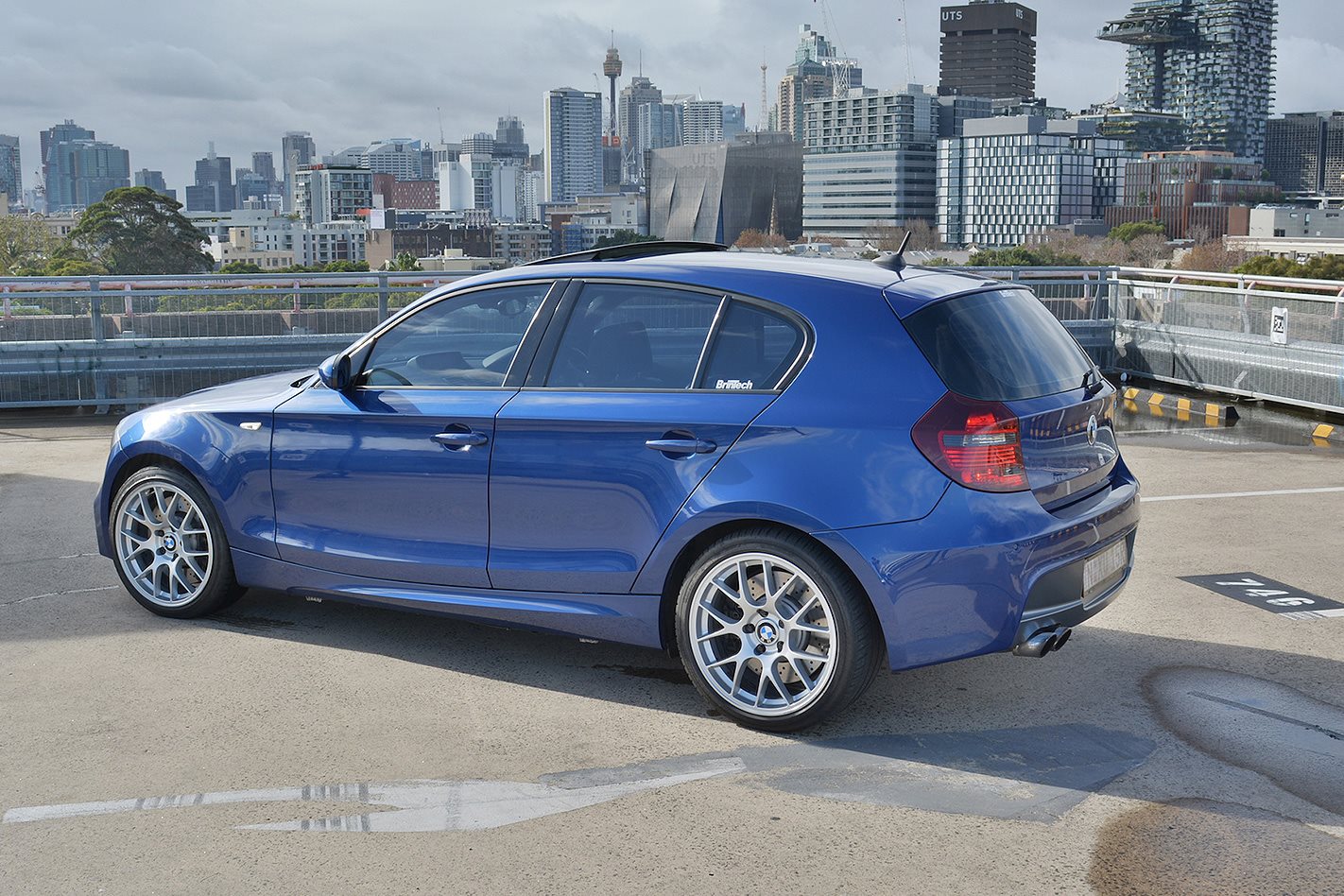 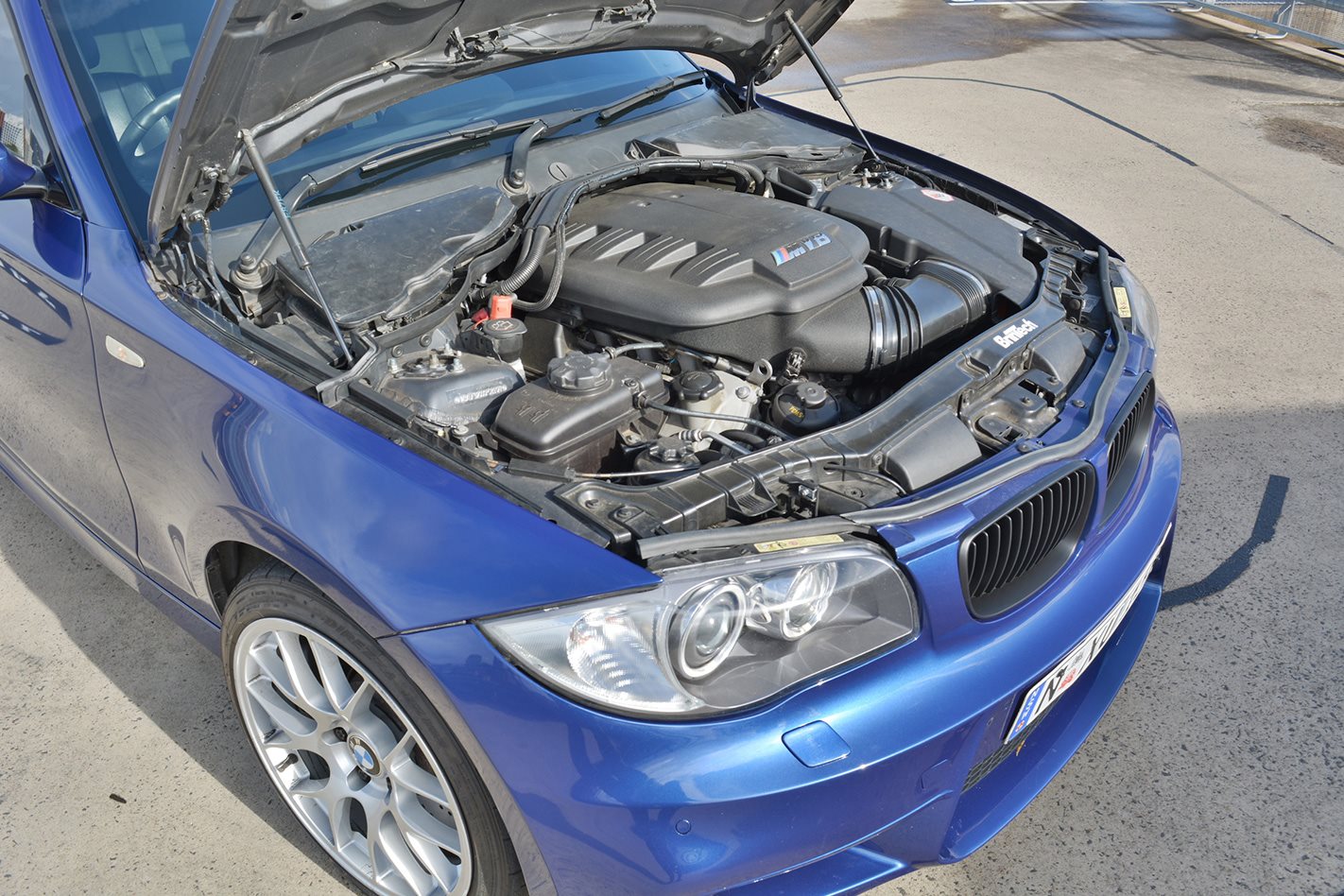 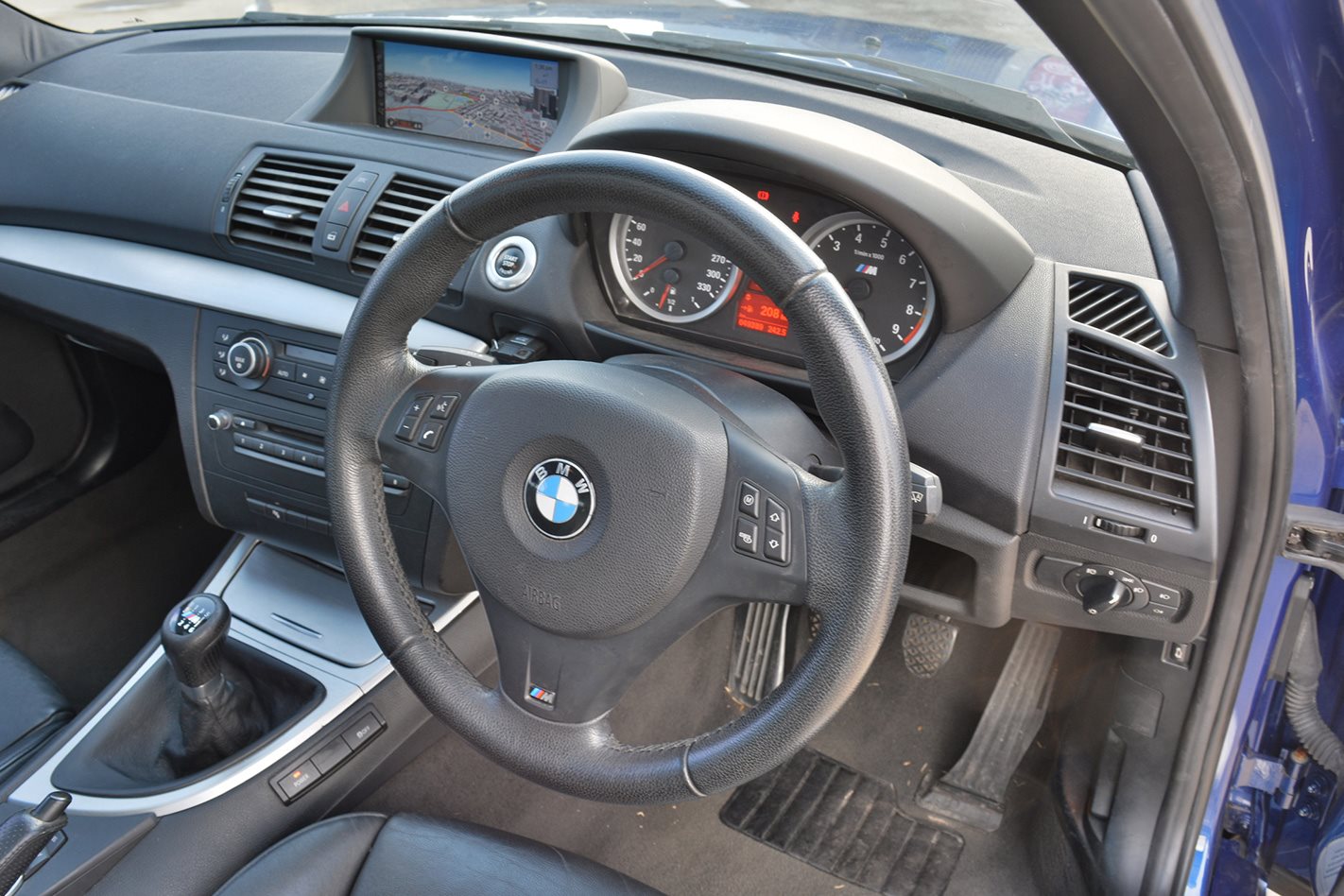 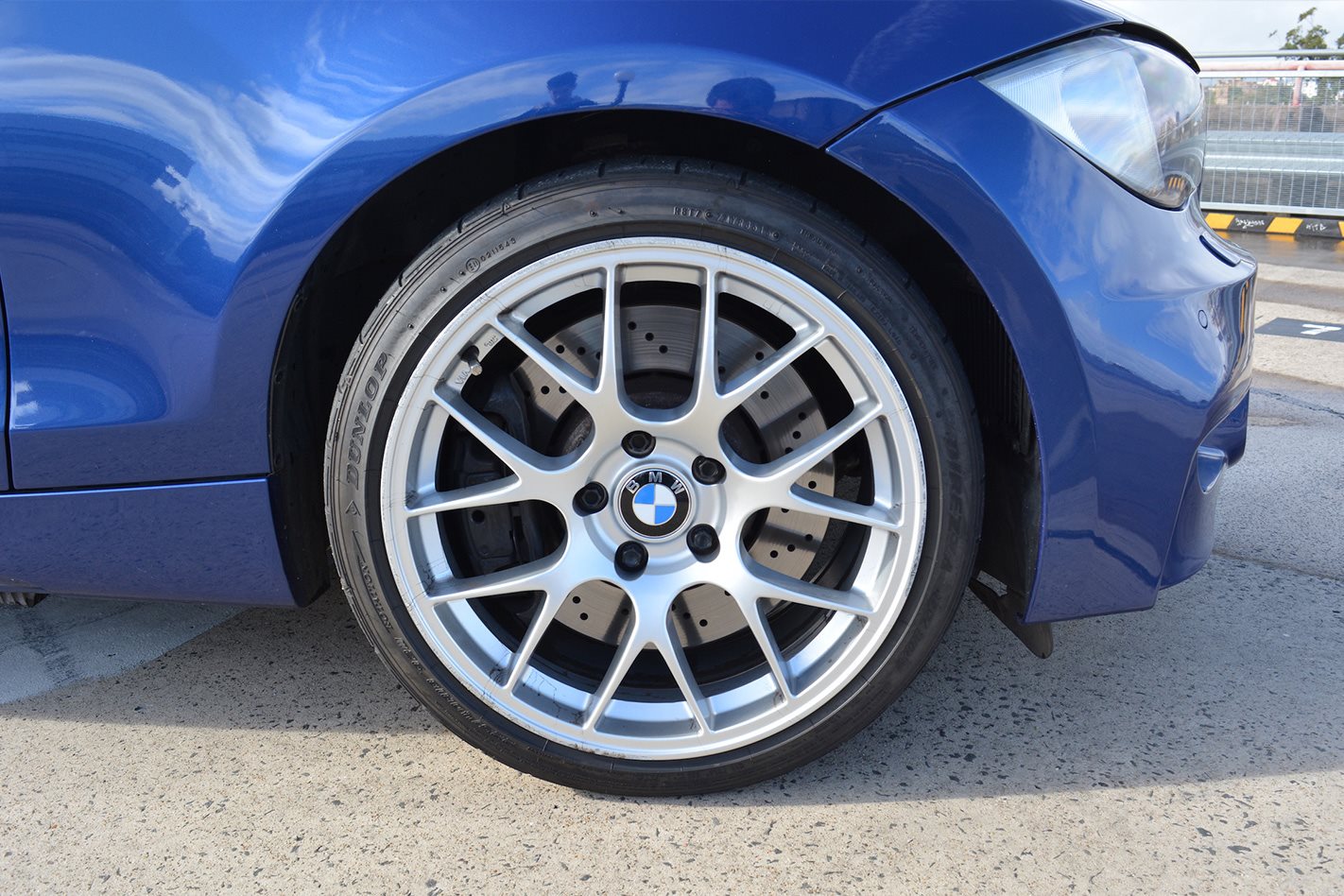 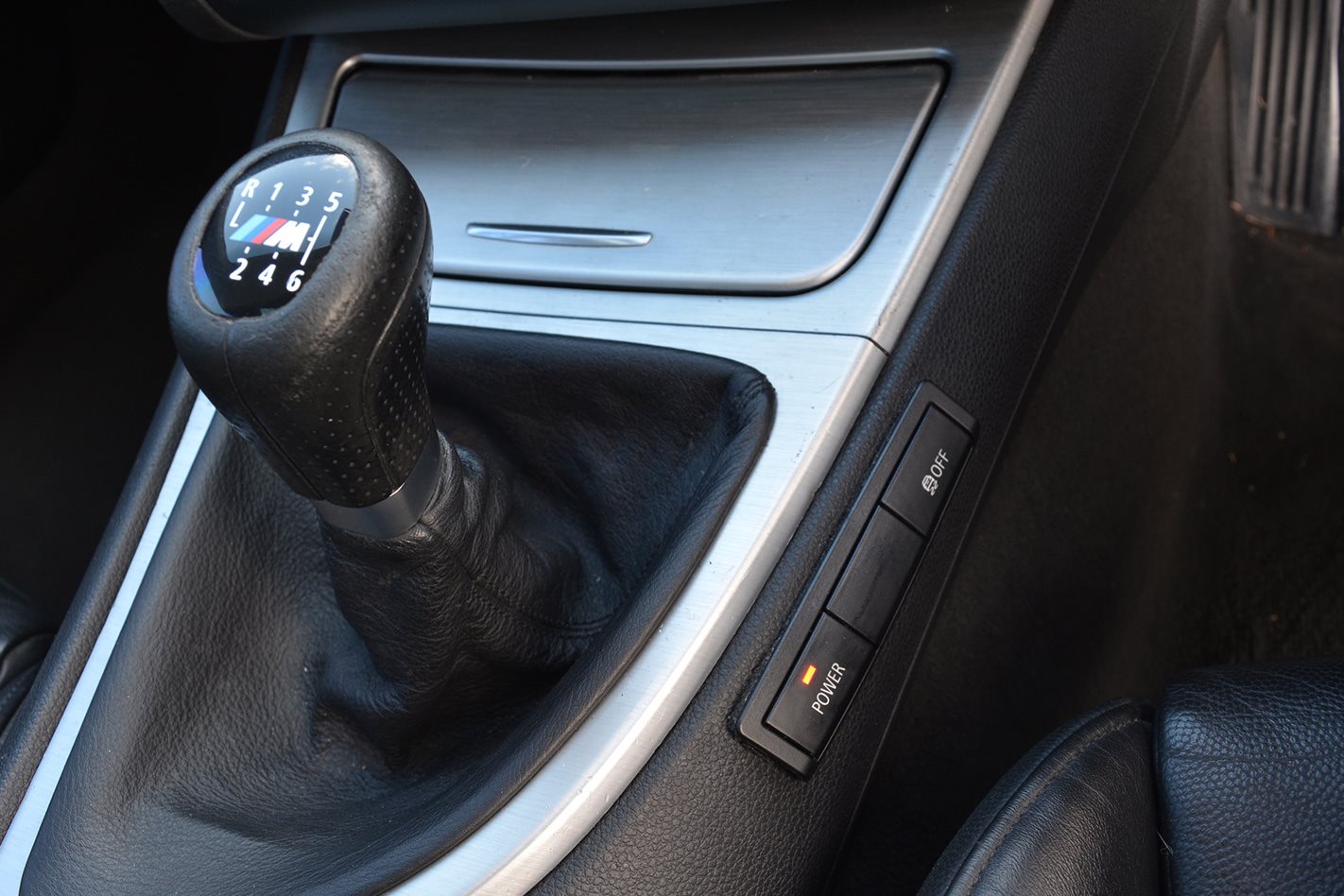 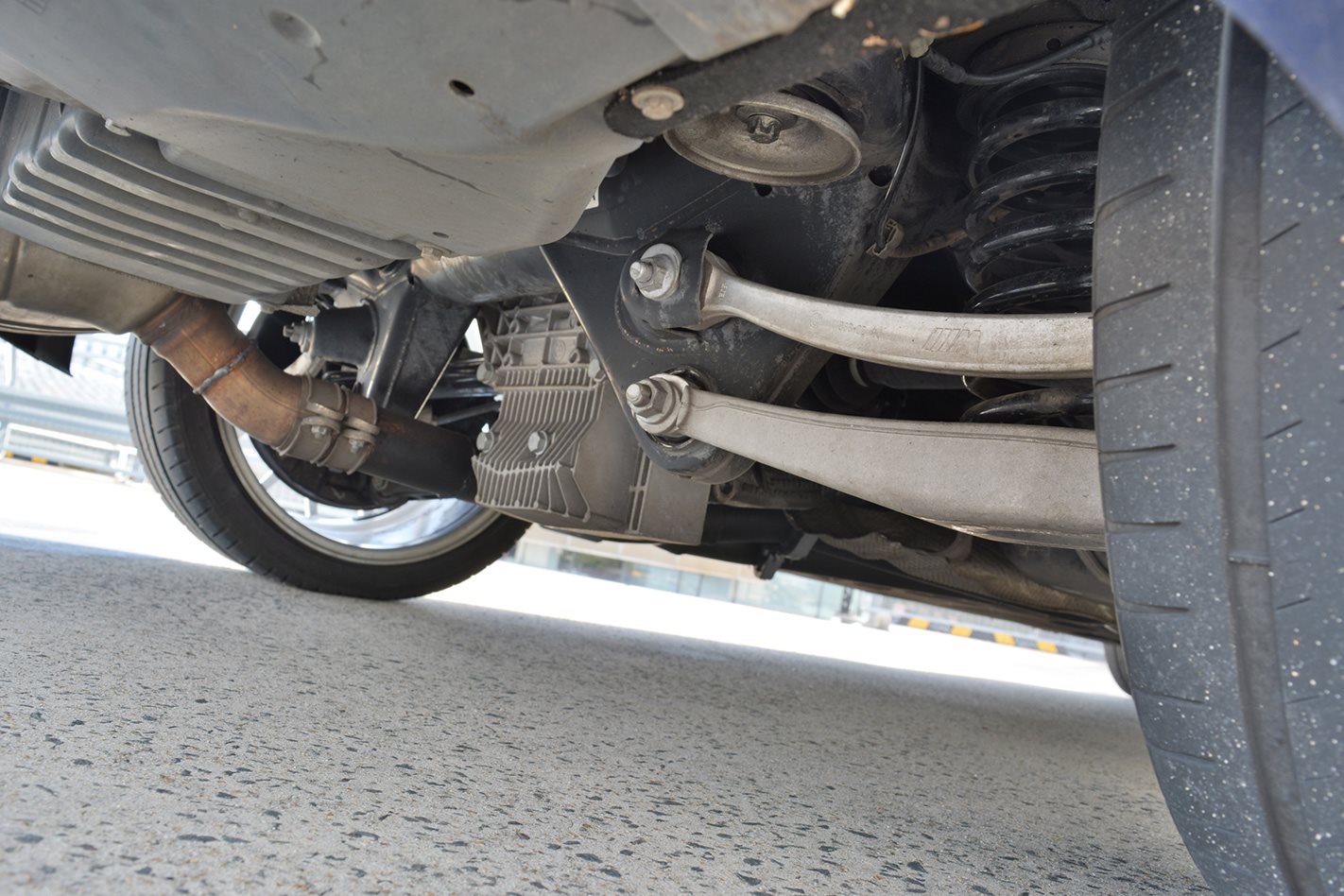