OH, it’s easy to look back and laugh. But put yourself in the position of Adelaide washing machine baron (or fridge magnate?), Harold Lightburn who, in the early 1960s, had turned his industrial efforts towards manufacturing economy cars. Eyeing the apparent acceptance of Bill Buckle’s local Goggomobil experiments, Lightburn developed the motorcycle-engined Zeta Runabout (sedan) and, to augment it, a two-seater Zeta Sports roadster.

A key point was that Lightburn had landed the first Australian distributorship for exotic Alfa Romeo, with the medium-term goal of CKD assembly in Adelaide. From Alfa to Zeta, Lightburn would have the market covered.

The 1959 launch (and 1961 Australian manufacturing) of the Morris Mini-Minor/Austin Seven changed everything. Undaunted, Lightburn pressed on with his fibreglass-bodied and conspicuously compromised Zeta Runabout which, although the cheapest new car in Australia (at £595) in 1963, was only 25 percent less than a Mini.

The Zeta Sports’ lineage began with a UK microcar, the Frisky, conceived for British engine and gearbox maker Henry Meadows Ltd. Unveiled at the 1957 Geneva show, the cute coupe was designed by Kieft F1 engineers Gordon Bedson and Keith Peckmore, with a gullwing-doored fibreglass body styled by Michelotti. It used a 250cc Villiers two-stroke twin.

However, the first production Frisky would be the Sport, a roadster (and hardtop) with rear-hinged doors and a 13.5kW, 325cc Villiers engine. In 1958, a restyled, more futuristic ‘Frisky Sprint’ with aero-hump, Perspex racing screen and a 22kW three-cylinder engine was shown, but not produced. 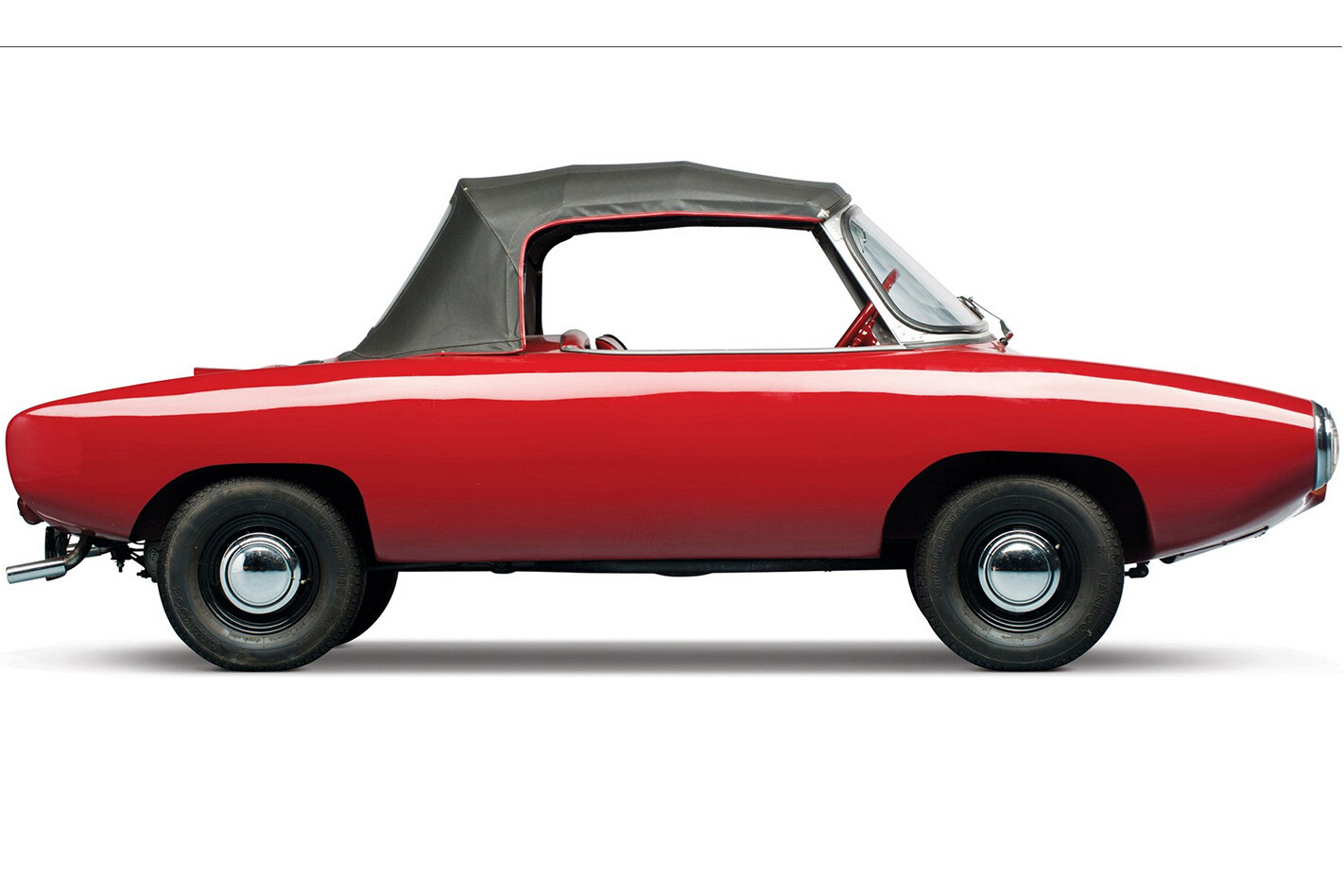 It was because of this latter car that, in February 1959, Harold Lightburn enticed Bedson and Peckmore to relocate themselves and their roadster to Australia.

They redesigned the Sprint body, deleting the doors for rigidity, and introduced the 498cc two-cylinder powerplant from the FMR Tg500 Tiger microcar. It’s said that Bedson had arrived in Adelaide with a stock of 50 FMR drivetrains.

One major design oversight was that the Sports’ headlights were too low for NSW regulations – so some copped extra headlights on stalks. It’s believed that 28 cars were built in 1961. By the time they hit the market in 1964, the Zeta Runabout sedan was an established industry joke and Harold Lightburn’s car-making ambitions were well on their way to being washed up.

A touch of glass

The Sports had its two bucket seats mounted flat on the floor, the absence of a transmission helping legs of any length to make their own arrangements. The central instrument and control panel provided a speedo, indicators, ignition, lights and wipers. The engine was accessed via a Dzus-fastened panel. Lack of bumpers left the headlights as the very first point of contact in touch-parking.

Thank you for smoking