The good news is autonomous driving won’t be compulsory, but it will be inevitable. After experiencing the ride, we can report it might not be so bad…

Welcome to tomorrow, where it’s look Ma, no hands on the wheel, no feet on the pedals and if you’re brave enough, no need for eyes on the road. 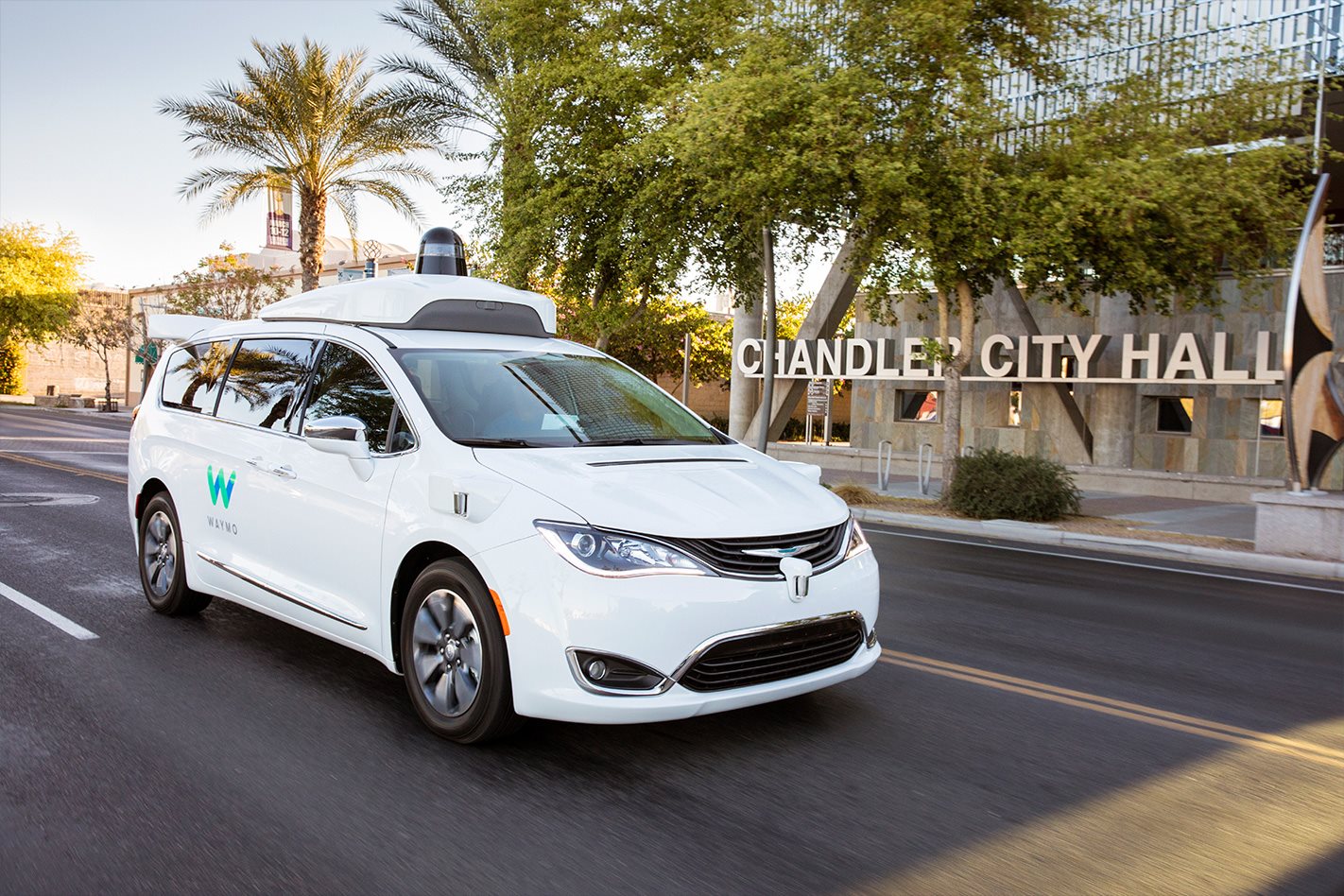 Google’s all-seeing, self-driving technology is taking care of it. I’m one of the first outsiders to be riding in the biggest automotive story since the internal combustion engine.

It promises a revolution in personal mobility – the autonomous, or driverless, car. Several generations ahead of contemporary driver-assist technology, I’m wowed at what it is doing, seamlessly, in real-world traffic.

If you believe Dmitri Dolgov, the Russian-born doctor of computer science, who is cradling his laptop in the passenger seat, his baby will do a better job than you ever could.

We are gliding through the leafy streets of Mountain View on a route I picked to ensure it was random. The car is doing the driving. There’s traffic, roadworks, cyclists, pedestrians, unpredictable drivers and even a fire engine, siren wailing.

Read next: Autonomous cars and the Laws of Robotics

This plain vanilla Lexus RX wouldn’t be out of place at school drop-off with a soccer mum at the wheel – except for the Lidar mast protruding from the roof, the many sensors, the cameras, the radar in the front grille and the neural network algorithm working away in the background, learning on the go.

This is the real-world application of artificial intelligence. The system can see through fog and rain better than the human eye and right now it is doing a better job of flowing with the traffic than any taxi driver. A gentle lift of the throttle here, a dab of the brakes there when a white car cuts across lanes 100 metres up the road. 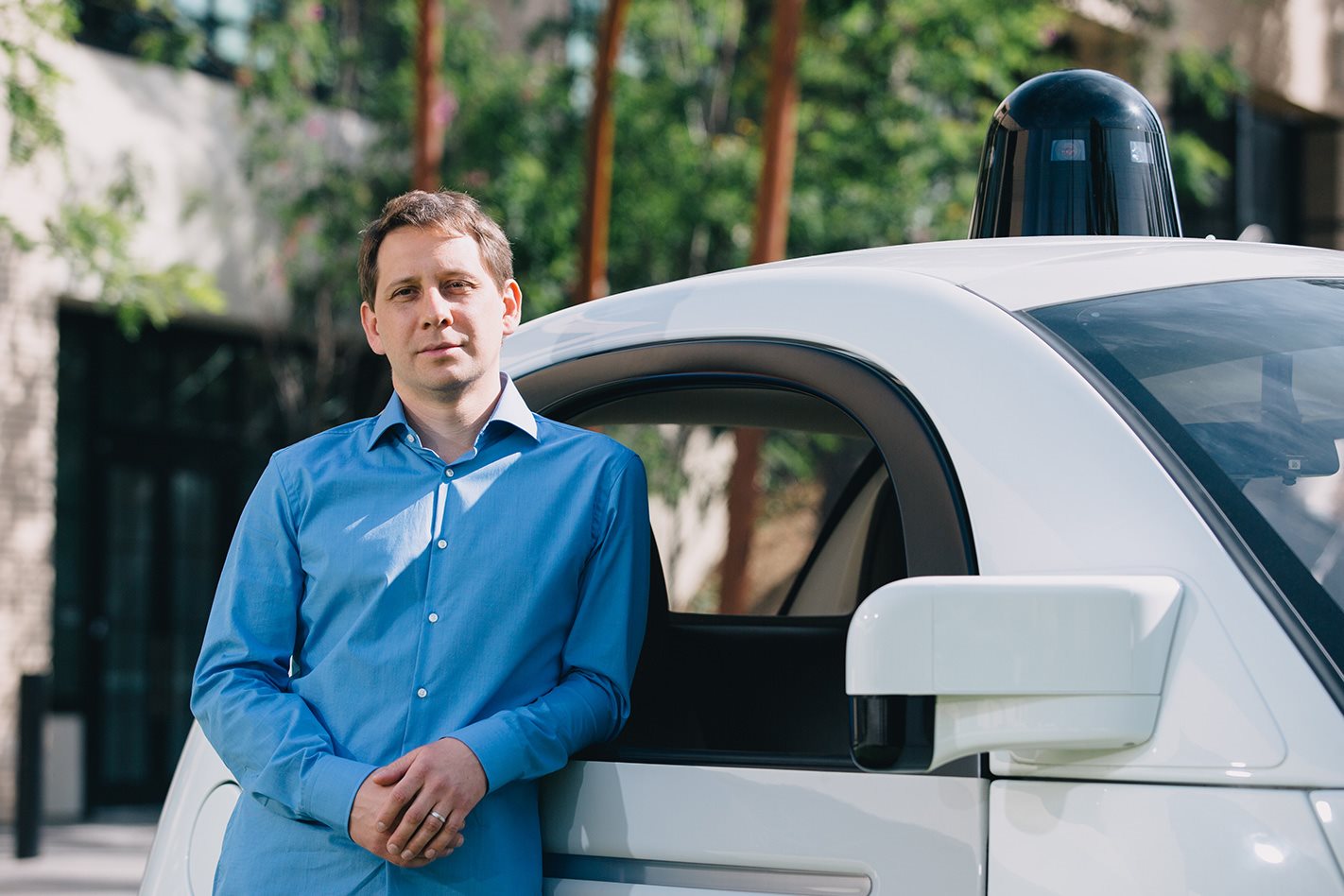 Dolgov is scanning his laptop which is alive with coloured wire-frame boxes, representing the world around us in real-time 3D. Cooling fans hum from the cargo area, which houses all the computers. It is strictly a no-look zone. He makes that quite clear before we take off. No cameras inside the car. The boss doesn’t want to tip his hand to the automotive industry, which at this stage hasn’t worked out if Google founders Sergey Brin and Larry Page are friend or foe.

Fast forward to 2018 and another nine million miles of on-road Google testing later, General Motors chief executive Mary Barra is calling autonomy “the biggest opportunity since the creation of the internet.”

Crusty old ‘car guys’ like the cigar-chomping Bob Lutz believe it is inevitable.

There is a cascade of billions of dollars in investment and a fierce battle for talent. In 2016, Google spun its project into a separate company called Waymo and started a race likely to spiral into a US$4 trillion disruption to the US economy.

The payoff – an 80 to 90 percent reduction in road accidents, productivity improvements so great they can improve a nation’s GDP, massive cost reductions and of course, new mobility options for the disabled. To say nothing of cutting traffic congestion, reducing parking woes and a of transforming the streetscape of megacities.

None of this has happened without some serious setbacks. In 2014, major media outlets were no better than lukewarm to the idea of driverless cars. Autonomous driving was pigeonholed alongside passenger flights to Mars and drones delivering pizza. 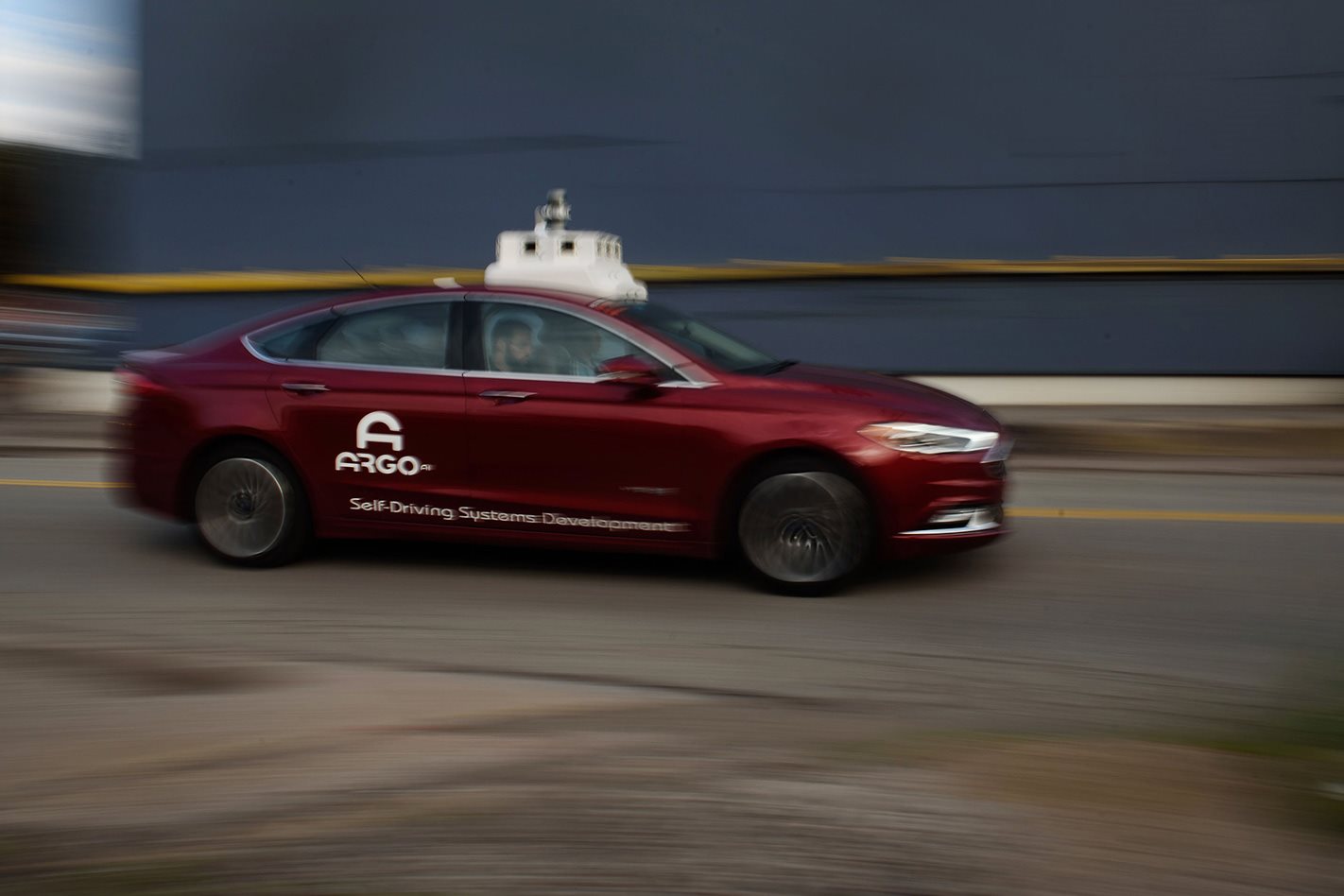 It was worse for Google’s technical team when they outlined their project in Detroit boardrooms some two years earlier. They were shown the door and branded irresponsible by the power suits at all the major manufacturers and big suppliers.

Now in 2018 there is a stampede of money from those same car czars, all wanting to grab a piece of the autonomous technology they once rejected as a dumb idea. Follow the money trail and you see a battle for the very survival of the car industry unfolding.

Volkswagen this month announced it would invest nearly US$150 billion over the next five years, one third earmarked for electric cars, self-driving and digital services. It would also form an alliance with Ford on autonomous technology.

General Motors bought Cruise Automation in 2016 for US$585 million, a steal considering in the last 18 months it has attracted investments of US$2.2b from Japan’s Softbank and US$2.75b from Honda Motor Co.

Uber bought Otto in 2016 for $US680m and Ford scooped up Argo AI for US$1b and change. Hyundai and VW provided $90m of start-up funding to Aurora, a collaboration with the former head of the Google project, Chris Urmson.

Waymo, the original Google self-driving business, is valued by Morgan Stanley as high as US$70 billion. It has contracts with Jaguar to supply 20,000 iPace SUVs and with Fiat/Chrysler for 62,000 Pacifica Minivans plus deals with Avis and ride-share company Lyft (bought by Waymo parent Alphabet for US$1b).

Plenty of automotive boardrooms now believe today’s three-year-old kids will never need a driver’s licence, many doubt the viability of car dealerships and the century-old model of private car ownership.
Here’s the gospel according to Bob Lutz, the original Detroit car guy who ran General Motors and Chrysler’s product development machines for decades.

Now 85, he told Detroit’s Automotive News: “The era of the human-driven automobile, its repair facilities, its dealerships, the media surrounding it – all will be gone in 20 years. The end state will be the fully autonomous module with no capability for the driver to exercise command.” 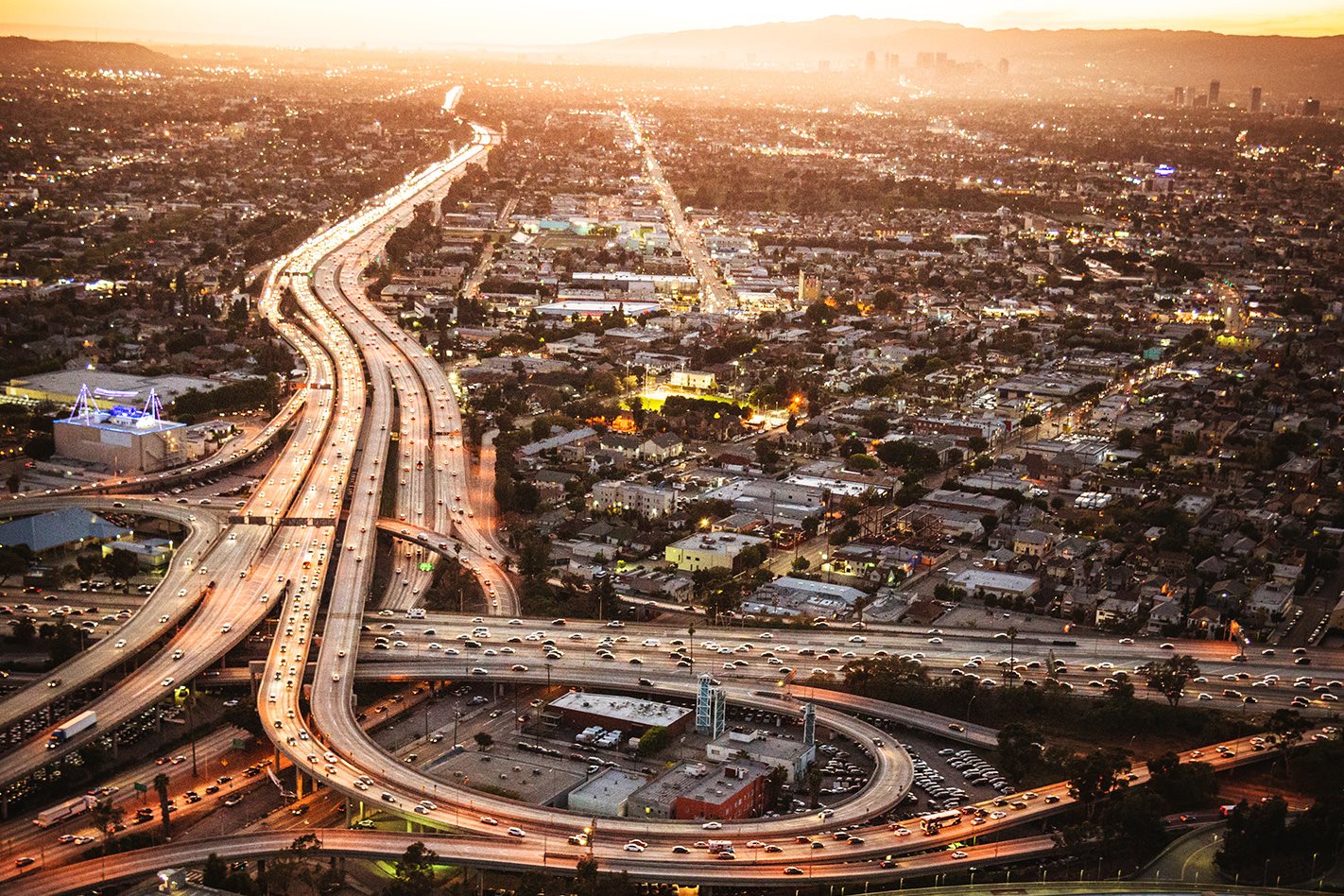 Larry Burns, the former General Motors research and development chief, is just as sure of the future.

“There are plenty of people enthusiastic about driving,” he says. “The important message [to them] right now is that we’re not saying you can’t drive!

“A hundred years ago there were a lot of people enthusiastic about horses. There’s still horse racing today, still equestrian. The message is a lot of people are going to get the benefits of operating the car without having to drive.”

Autonomous might not be compulsory but neither was an iPhone in 2006, the year before it arrived. Customers quickly saw the value and the rest, as they say, is history.

According to Burns the most likely end state will be electric two-seater self-driving cars built on a skateboard-like platform housing the battery pack. For clues, look at old concept cars like the GM EN-V.They will feature dramatically fewer parts than today’s combustion powered cars – around one-tenth the component count.

Burns believes autonomous driving is inevitable, highly beneficial, will change the way we live but will face a fierce baptism from the naysayers, local regulators and vested interests, like Big Oil.

In sunny Australia we may whine about the daily commute but it’s small scale compared to the 101 Freeway in Los Angeles, the peripherique in Paris or London’s gridlocked M25 ring road.

Johann Jungwirth sees this as productive time wasted. The former long-serving head of Mercedes-Benz’ Silicon Valley Research & Development campus, he was poached by Apple for its Titan car project then just as quickly, lured to head up Volkswagen group’s push into autonomous vehicles, electric drive and ride sharing.

With typical Teutonic precision he estimates the average driver will spend 37,668 hours of life stuck in traffic. That’s 4.3 years he says will be “given back to people” and allow them to travel fully relaxed, asleep even, or productive via on-board communication with none of the safety implications of today’s talking and texting epidemic. 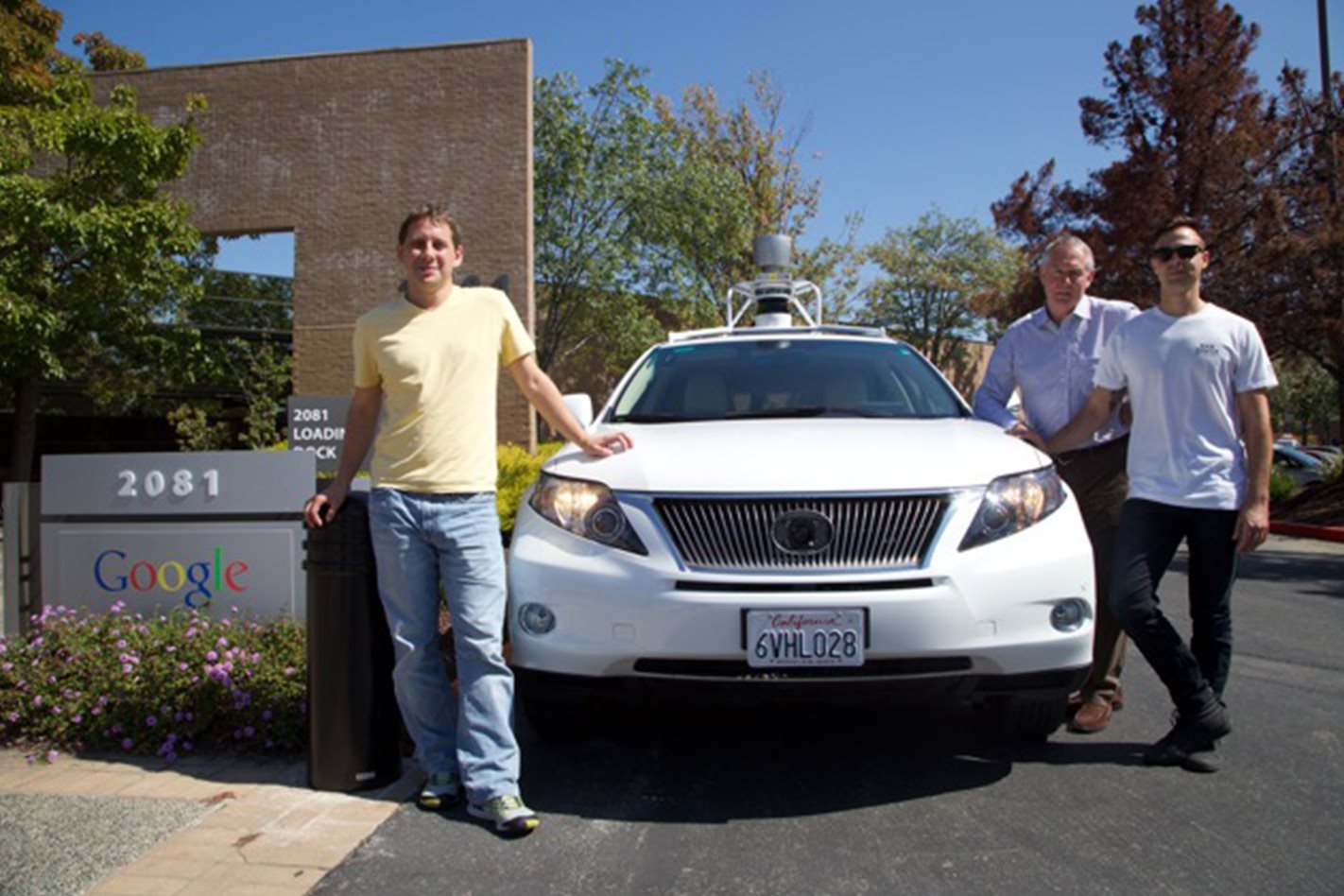 “Future generations will look back and say: these poor people had to drive themselves! You can now imagine how people felt over 100 years ago when the first motor vehicles drove on streets full of horses and carriages. They had doubts then. Many have doubts today and look much more at the risks than the opportunities.”

Jungwirth sees the roll-out coming in the next three to five years. General Motors Cruise operation may beat everyone to the punch with reports of a 2019 launch.

“Self-driving cars without a steering wheel or pedals will be driving people and goods through the first cities in just a few years,” says Jungwirth with certainty.

“I don’t foresee this in the distant future.”

Without a steering wheel or traditional controls, the implications for car design are profound. Forget today’s familiar three-box silhouettes – a box each for engine, people and cargo – which have defined the car for over 100 years. Designers will have untold freedom.

Dmitri Dolgov, the guy sitting in that Google test car back in 2014, is now the chief technology officer at Waymo. He is a software guru and software is at the heart of what the true believers say will be a fourth industrial revolution.

He was the lead engineer on the project and a key brain in the application of deep neural network algorithms. What once took a PhD six months to manually code can be ‘learned’ in just hours.

That’s why on-road, real world testing is so important. The artificial intelligence learns from every outing to recognize its environment and the context of its surroundings. That learning can be instantly transferred to every other car in the fleet.

Dolgov has more degrees than a compass, including applied physics and maths and a PhD specialising in artificial intelligence. He came to Google a decade ago from Stanford University via the US Defence Advanced Research Project Agency (DARPA) and its Urban Challenge, a race to develop autonomous, robotic like vehicles for use in city streets. These military drones for the road bred the expertise to develop autonomous cars and trucks.

The impressive thing is just how routine it all feels – inputs to brakes, throttle and steering are so linear and deft they could belong to an expert driver. There’s none of the binary on/off jerkiness common in so many simulators.

So, the end of driving, as we know it?

“Some of the stuff we hear is, ‘I love driving; don’t take that away from me!’” says the Waymo man.

“Nobody is going to take that away – but it is a rare occasion that you actually have a nice car on a nice road. Most of the time you spend is stuck in traffic wasting time.”

On November 26, 2018, GM chief Mary Barra announced plant closures in Michigan, Ohio and Canada and layoffs for 15,000 workers, including the shut down of its last remaining Detroit plant.

The Wall Street Journal said the company wants to be more efficient in its core business of engineering and building cars, while ploughing more money into potential game-changing innovations.

“This is about making sure GM is lean and agile to get in front and lead in autonomous and electric vehicles,” Ms. Barra said.