Aston Martin CEO Andy Palmer just came right out and said it. The new V8 version of the DB11 was described as an athlete compared to the brute that is the V12.

Keen drivers have long known that when it comes to engines, less can be more. Putting more cylinders, complexity, and weight into a car isn’t always the passport to dynamic excellence, so let’s run through a few of the cars that were better with a bit less.

Yep, we’re going there. We’ve driven some great Falcon V8s in recent years, but it’s the blown Barra that we’re really going to miss. Its 4.0-litre straight-six is pretty much close to automotive perfection, but giving it a bit of Garrett GT40 boost sends tuning potential clean through the rafters. It’s easy to forget quite what a revolution this lump represented, in Aussie terms at least. The 3984cc straight-six arrived with double overhead cams and four valves per cylinder, making Holden’s Buick-based pushrod V6 look like something from a Flintstones cartoon. 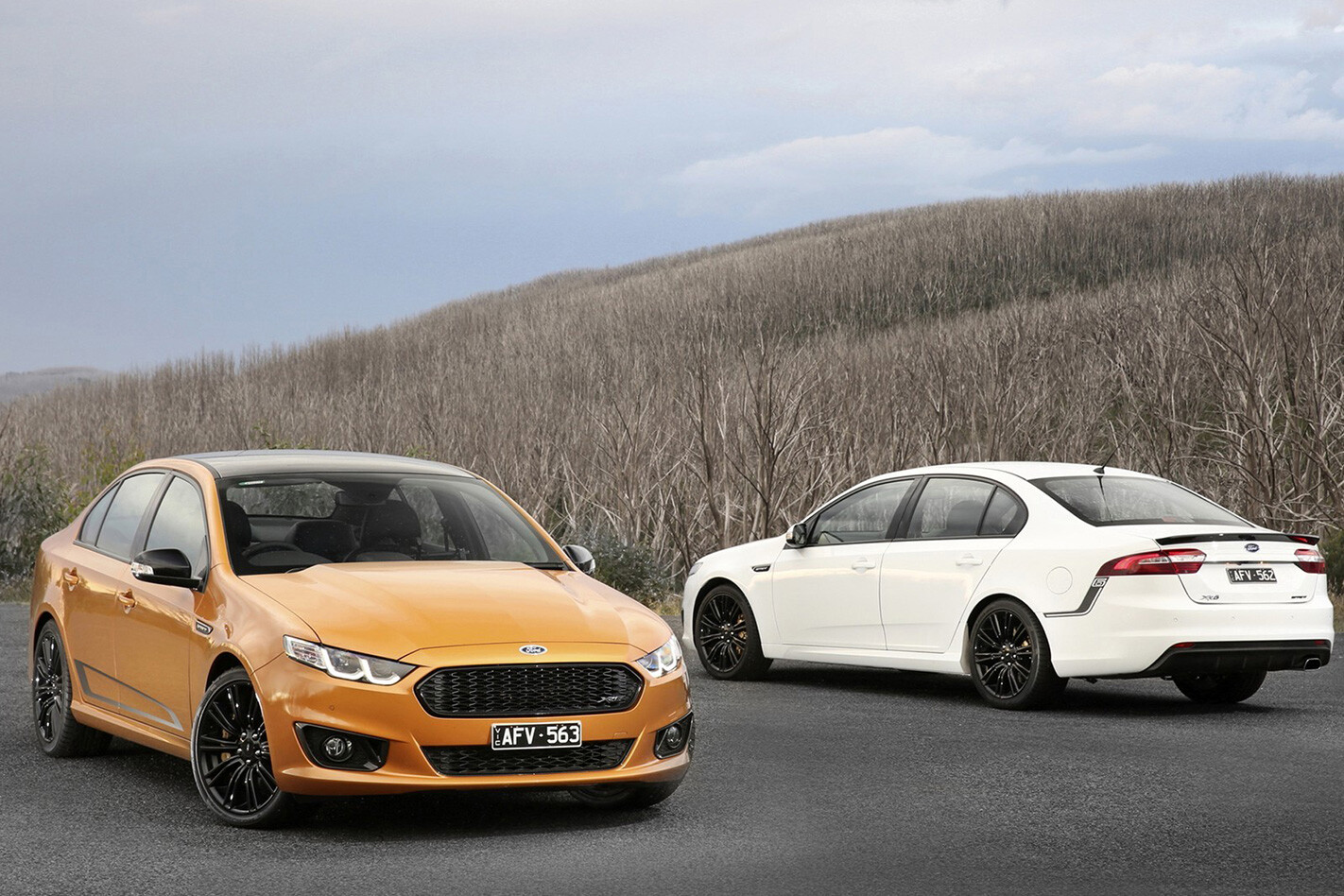 The fact that the BA XR6T could get to 400m in 14.2s, compared to the XR8’s 14.4-second elapsed time, sealed the deal for many. It also rekindled memories of the six-pot E49 Charger which held the title of Australia’s fastest accelerating car for several years. We’re often portrayed as nation of V8 lovers, but the XR6T showed that we’ve got a broader palate than that. In its final Sprint guise (pictured here) Ford removed any pretence of hierarchy and released an XR6T with more torque than the eight-pot.

The original R8 was first launched in 2007 with the 309kW 4.2-litre V8 borrowed from the RS4 and mounted just behind the driver’s shoulders. It was a fantastic thing, but its thunder was well and truly stolen with the arrival of the snarling 391kW V10 version a couple of years later; an engine that owed a lot to Lamborghini. 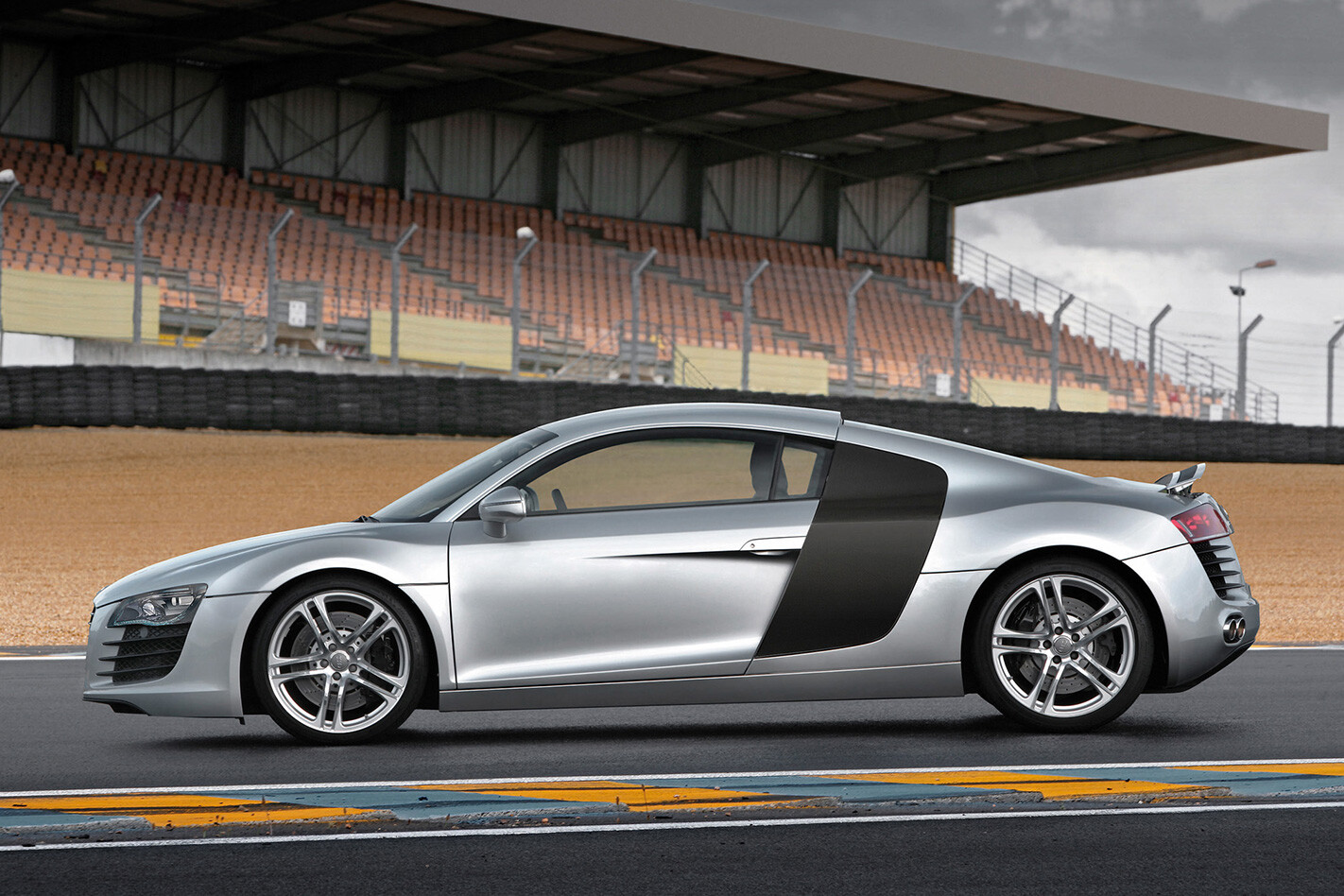 While the 5.2-litre V10 was undoubtedly the fiercer powerplant, making genuine supercar numbers, the V8 was actually the better car to drive. Not only was the engine a sweeter, more melodic thing, but the handling was a good deal more benign with around 60kg less to contend with. If you just want to go fast, buy a Nissan GT-R. If you want a mid-engined car with real poise and balance, an eight-cylinder Audi R8 takes some beating.

The 368kW 5.5-litre M113 AMG supercharged V8 engine has to be one of the unsung stars of the Noughties. Plumbed into the pointy end of a Mercedes SL55 AMG, it was capable of destroying the egos of supercar drivers with effortless ease. Back in 2002, a delimited SL55 AMG was taken to the Nardo test track in southern Italy and put up against a Lamborghini Murcielago, an Aston Vanquish, a Porsche 911 GT2, and a Ferrari 550 Maranello. It was the quickest of all the cars to 300km/h and was only pipped on top speed by the Lambo, a car twice its price. 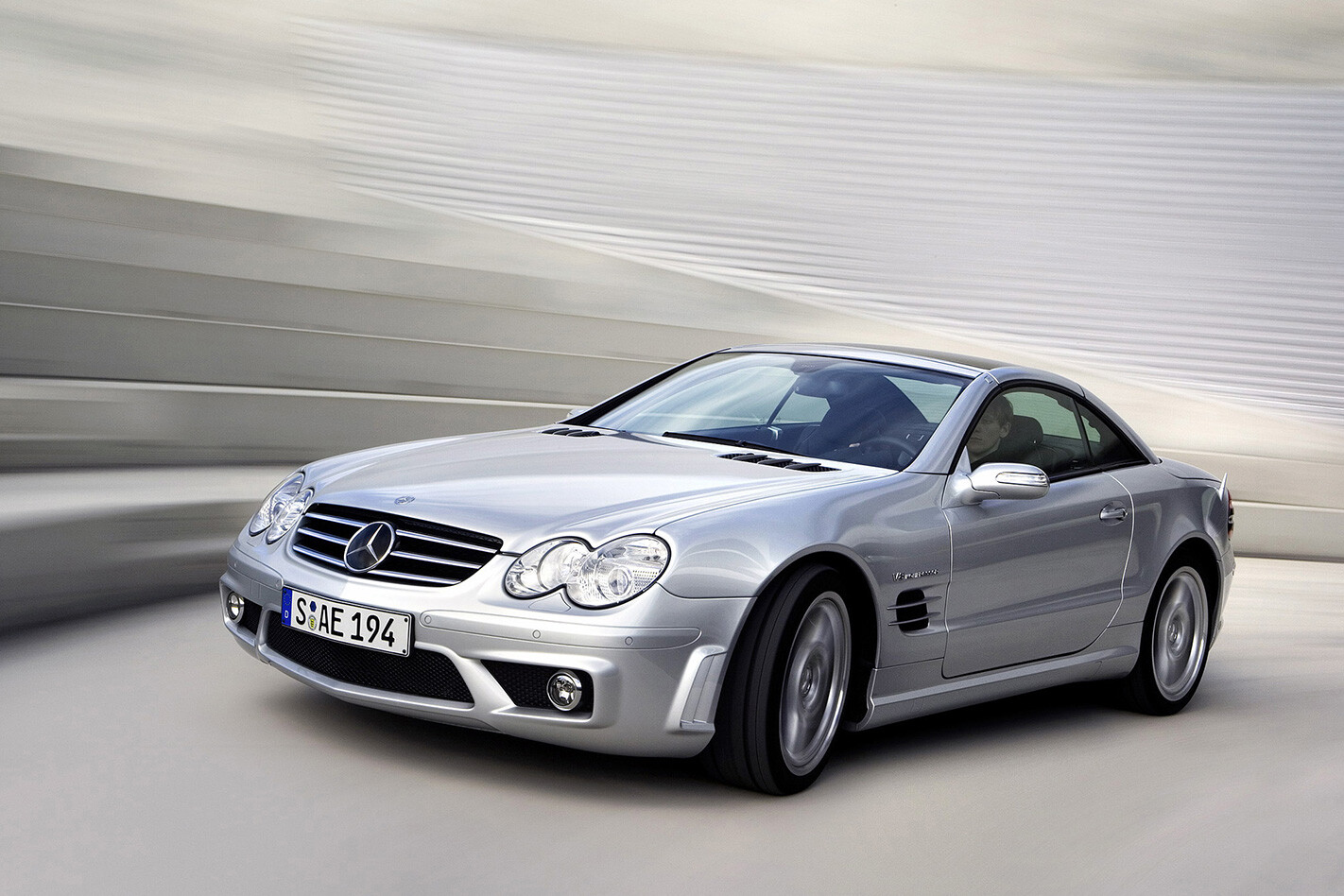 The SL65 AMG V12 was even quicker in a straight line, but it was hugely expensive, didn’t sound as good, and didn’t handle as well. Besides, if you already can leave the cream of the supercar crop in a straight line, how much more power do you really need?

It’s a fact that the turbocharged powerplants of Porsche’s 718 Cayman aren’t universally adored. Compared to the charismatic normally-aspirated sixes that went before, its new blown fours lack a bit of X-factor. What they aren’t shy of is torque, and the base 2.0-litre 718 Cayman develops as much twist action as the outgoing 3.4-litre atmo flat-six in the Cayman GTS. 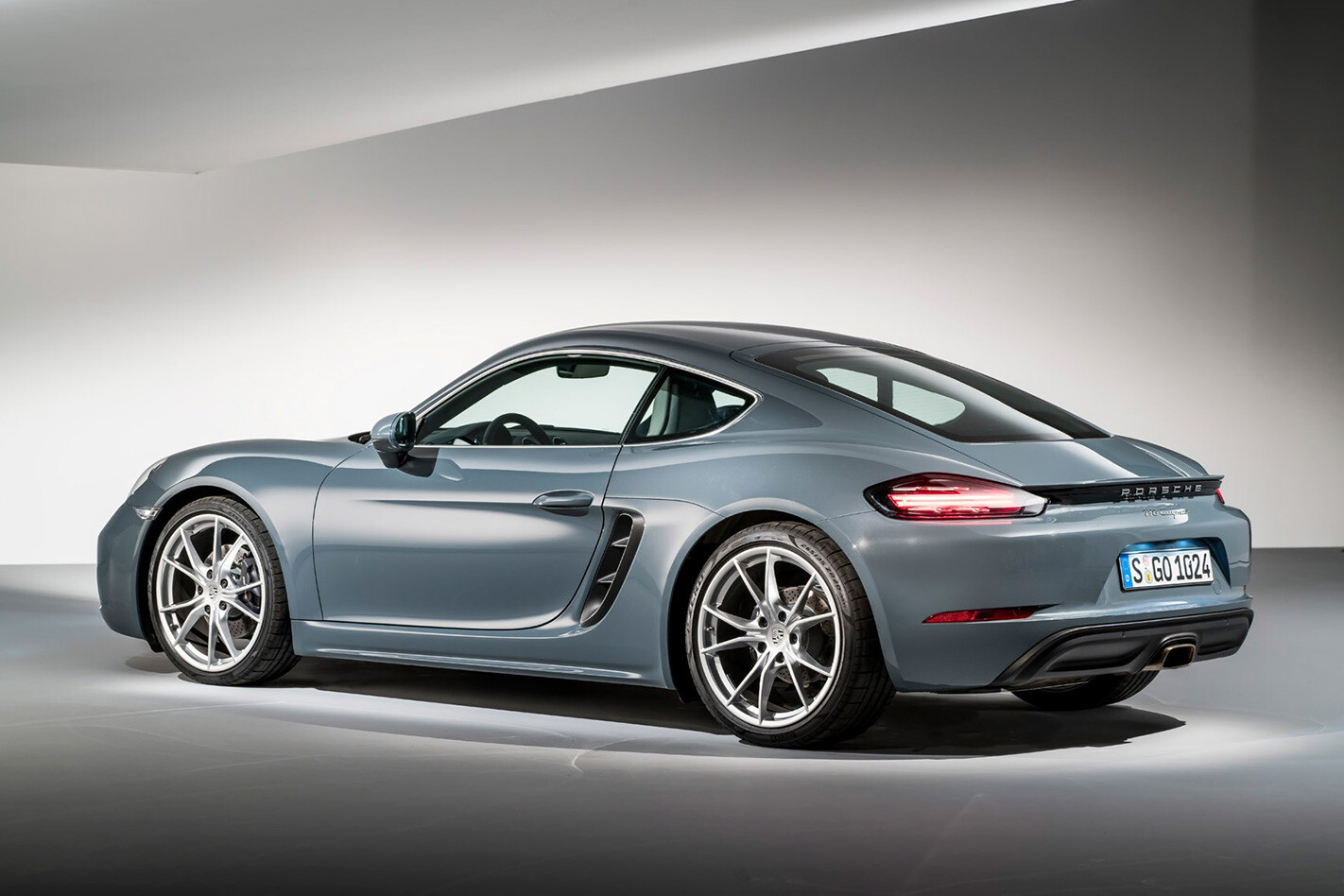 The 2.0-litre also sounds a good deal better than the 2.5-litre in the 718 Cayman S, and there’s a level of interaction with this engine - especially if you choose the manual car – that you’ll miss with the Cayman S. Where the S is fast almost everywhere, without a great deal of effort, the 2.0-litre engine rewards a certain intimacy, a sympathetic understanding of its characteristics. That’s what you buy a Porsche sports car for isn’t it?

And here’s one that got away. Here in Australia, we got the Altezza, badged as a Lexus IS, with a lazy 3.0-litre 157kW straight-six and five-speed automatic combination for the range-topper. The 2JZ-GE lump added another 100kg to the front end of the IS200 version, dulling its responses. Our October 2001 test proclaimed it was no rival for a BMW 3 Series. 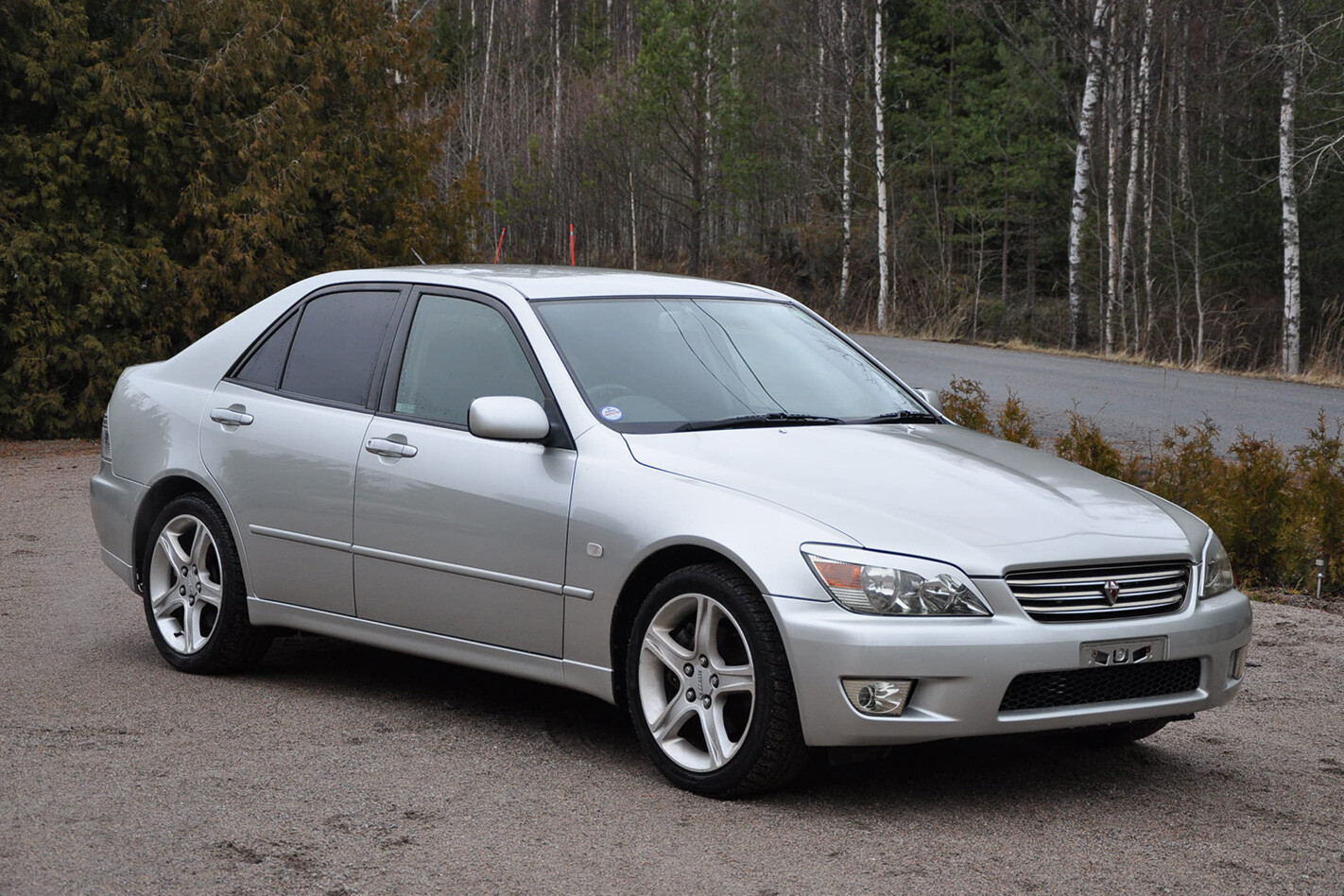 Which is all a bit of a shame because in Japan, the Altezza RS200 got a six-speed manual box and the cracking Yamaha-developed ‘black-top’ BEAMS (Breakthrough Engine with Advanced Mechanical System) with dual-VVTi  and titanium valves. Although it was 3kW down on the IS300’s donk, it would get to 100km/h in 7.2sec compared to the 3.0-litre’s 8.8sec showing. It would also sound utterly fantastic in the process. Sadly, we never received official imports of the RS200. Should you be looking for a personal import, try for the RS200 Z Edition, which comes with a standard limited slip diff.