ON FIRST inspection, the Tesla Model S, Mercedes-AMG E-Class and HSV GTS might seem as similar as chalk, cheese and chicken pox, but a head-to-head battle between the most potent versions of each marque's line-up makes more sense than you may think.

The P100D, AMG E63 S and GTS-R are all large luxury sedans, with room for five on board plus luggage, offer similar dyno-destroying power, and pack autobahn-munching pace. 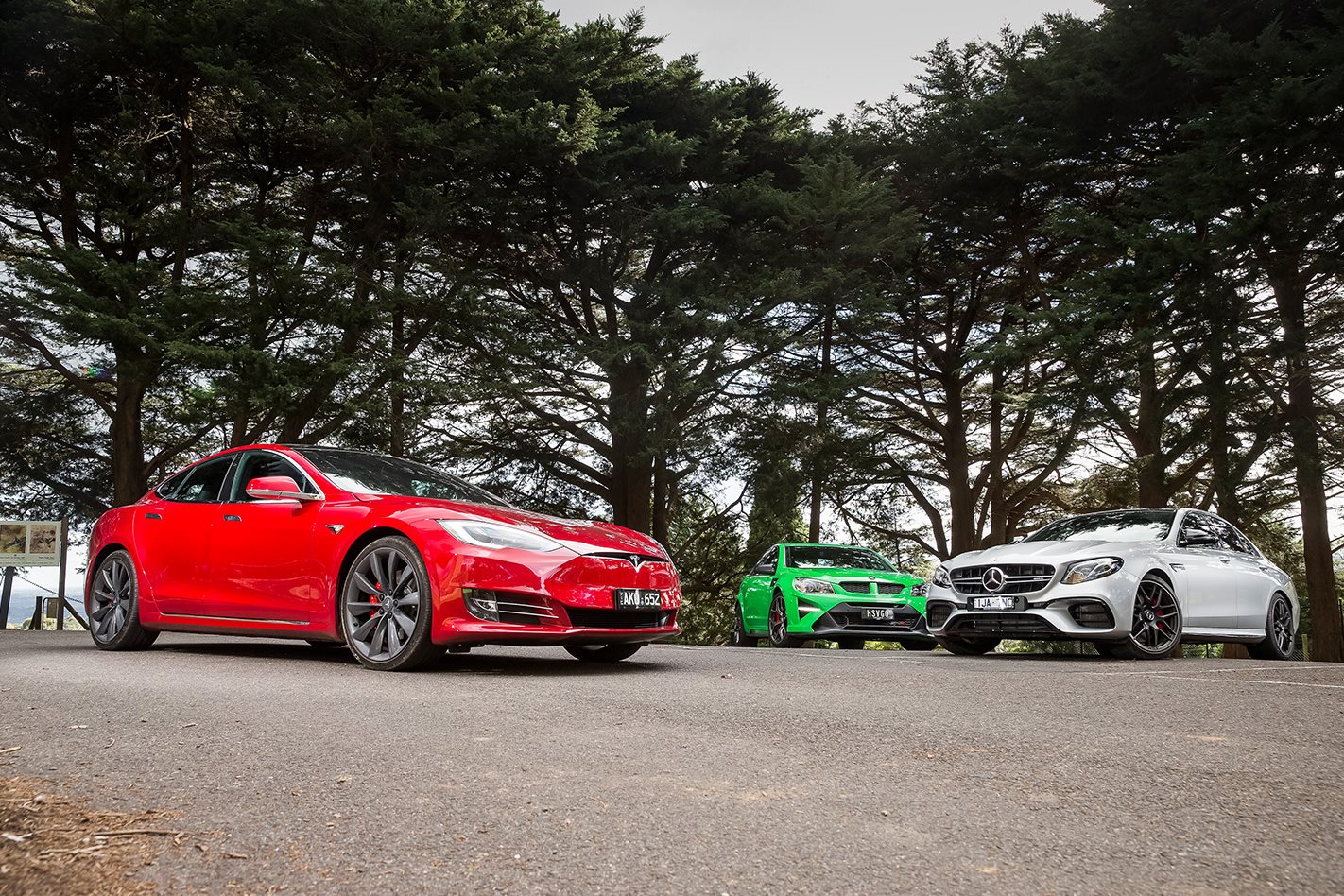 Of course, there are differences though.

In each case, the method of generating startling figures and performance that used to be the preserve of vicious, compromised supercars is radically different in each case.

While the Merc and the HSV opt for good old fashioned internal combustion and forced induction, the Tesla shines a light into the future with a mammoth lithium-ion battery and a pair of electric motors.

The AMG and Tesla have automatic transmissions coupled to four wheel drive while the Aussie is a rear-drive manual. Both petrols use eight cylinders to generate more than 400kW, but one uses a supercharger and the other has a brace of turbochargers boosting a capacity that's 2.2-litres smaller than its supercharged adversary. 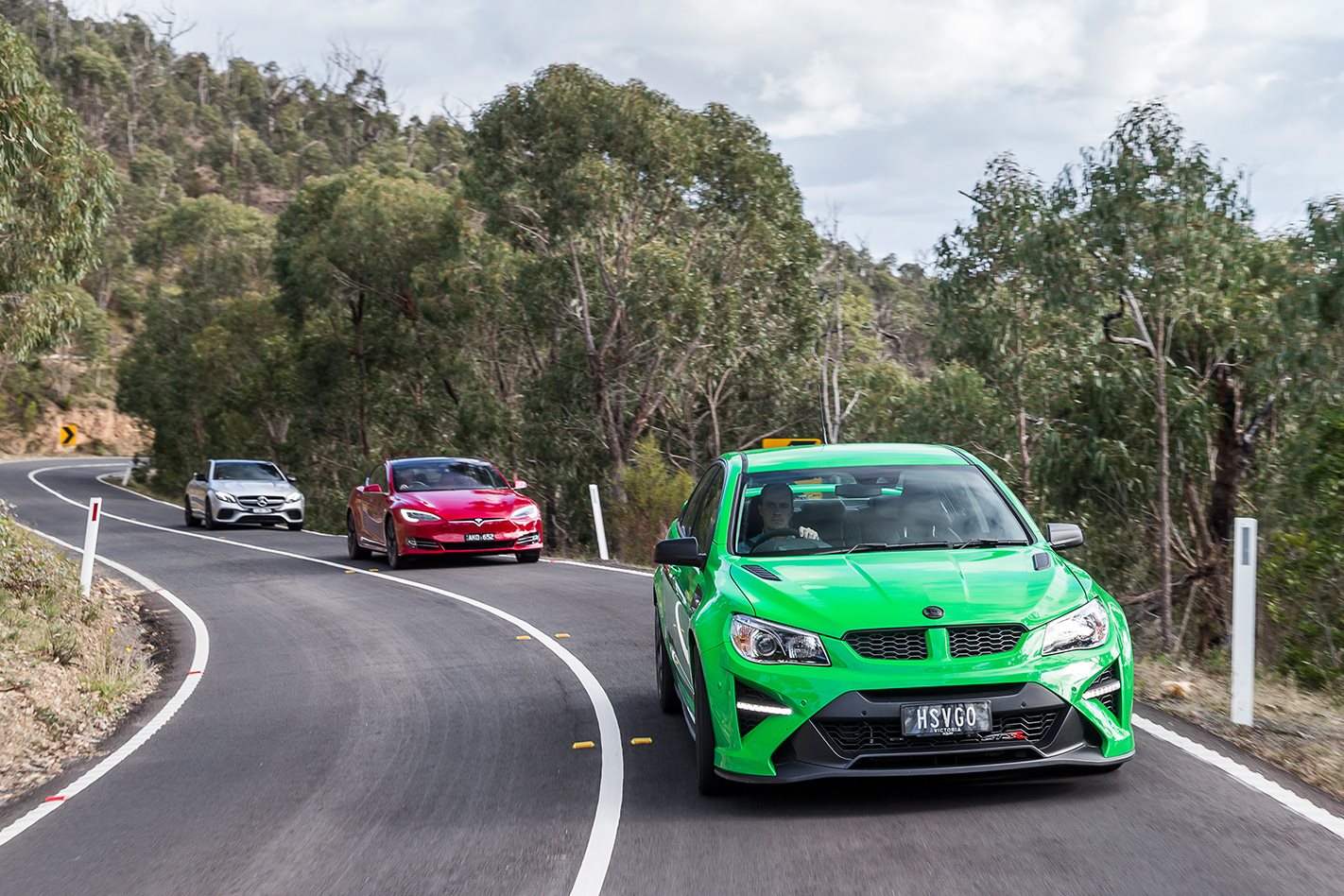 Then there's the price. Fancy a Tesla similar to the one we tested and you'll be asked for in excess of $300,000 when all the extras are signed and sealed, the Merc weighs in at a cool quarter of a million, while the HSV is a relative bargain at $109,490.

And let's not even get started on the differences in patriotic pride and company culture.

Can three such wildly different, and yet so surprisingly similar cars be compared side-by side?

We pitched the trio of performance flagships against one another in an unapologetic and unprecedented festival of 1.3 megawatts and more than $650,000 of white hot metal.