Welcome to the MOTOR Awards for 2017, where we recognise the best and worst or the year.

The three awards we’re giving out here are for Best Chassis, Best Electronics, and Best Newcomer. McLaren hasn’t yet revealed its BP23 hypercar, but the 720S is still a delicious range-topper for now.

The replacement for the 650S may have a face that looks like it’s sporting two black eyes (to some), but this latest Super Series model – priced locally at $489,900 plus on-roads – has proven it is primed to land return blows on the similarly priced Ferrari 488 GTB and shouty Lamborghini Huracan.

With 91 per cent of the 720S claimed to be new, the latest full carbon fibre Monocage II chassis boasts what the Brits claim is ‘extreme’ rigidity. Unlike the just-succeeded 650S, this new 720S is so stiff that ultra-slim A-pillars and glazed, see-through C-pillars can be used, all of which makes parking the McLaren as easy as a Mazda 3. Overall dry weight drops 18kg to 1283kg – meaning it’s lighter than much of what you’ll see parked at your local Woolies.

Hydraulically interlinked dampers remove the need for anti-roll bars, so together with the redesigned double-wishbone suspension uprights, and a torque-vectoring system that’s so good there’s no need for a mechanical limited-slip differential, 16kg drops from the chassis’ limbs.

Despite the mid-mounted twin-turbocharged V8 growing from 3.8- to 4.0-litre capacity, it now sits 120mm lower than in the last-gen chassis, with the top of the curvaceous rear-end dropped 145mm, all to lower the centre of gravity.

But here’s the kicker, that full-length wing lurking on its rump actually acts as a drag-reduction system (DRS). Within a half-second, the wing stands upright to help the 720S slow from 200km/h to standstill in 4.6 seconds. And this happens after it has powered to that speed in 7.8sec, passing 100km/h after just 2.9sec. Downforce has increased by 30 per cent on a 650S, while aero efficiency has doubled.

According to our European correspondent, Georg Kacher, though, it’s the way the 720S brings it all together that matters most in this McLaren. Drift control electronics allow drivers to choose slip angles with greater ease than swiping left or right on Tinder.The M840T engine strikes a soulful tune all the way up to its 8200rpm cut-out, and the retention of hydraulic-assist steering allows the road surface to trickle through to your fingertips.

The 720S delicately balances itself in tighter corners, segueing into lurid power oversteer on longer sweepers. It’s claimed the 720S is quicker than the 675LT, and could even thump a P1 at some circuits.

It might not be the most emotive choice, but it’s supremely talented. It can switch to being smooth and supple on city streets, with the 770Nm at 5500rpm  engine being utterly usable. And that’s its hook. An “interaction of its talents” is, according to Kacher, the speciality of this one McLaren that certainly sparkles as this year’s best chassis. It’s common these days for most cars of a sporting persuasion to offer three different ESP settings – on, reduced intervention (Sports) and off.

AMG has taken this concept and turned it – literally – up to 10 in its hardcore GT R by offering a 10-stage traction control system nicked from its GT3 race car.

It allows a driver to dial up precisely the amount of electronic assistance required by the road surface or their skill level, with 1 keeping things neat and tidy and 10 leaving you largely up to your own devices.

Note it won't keep you out of the barriers, as it only activates traction control, not ESP. 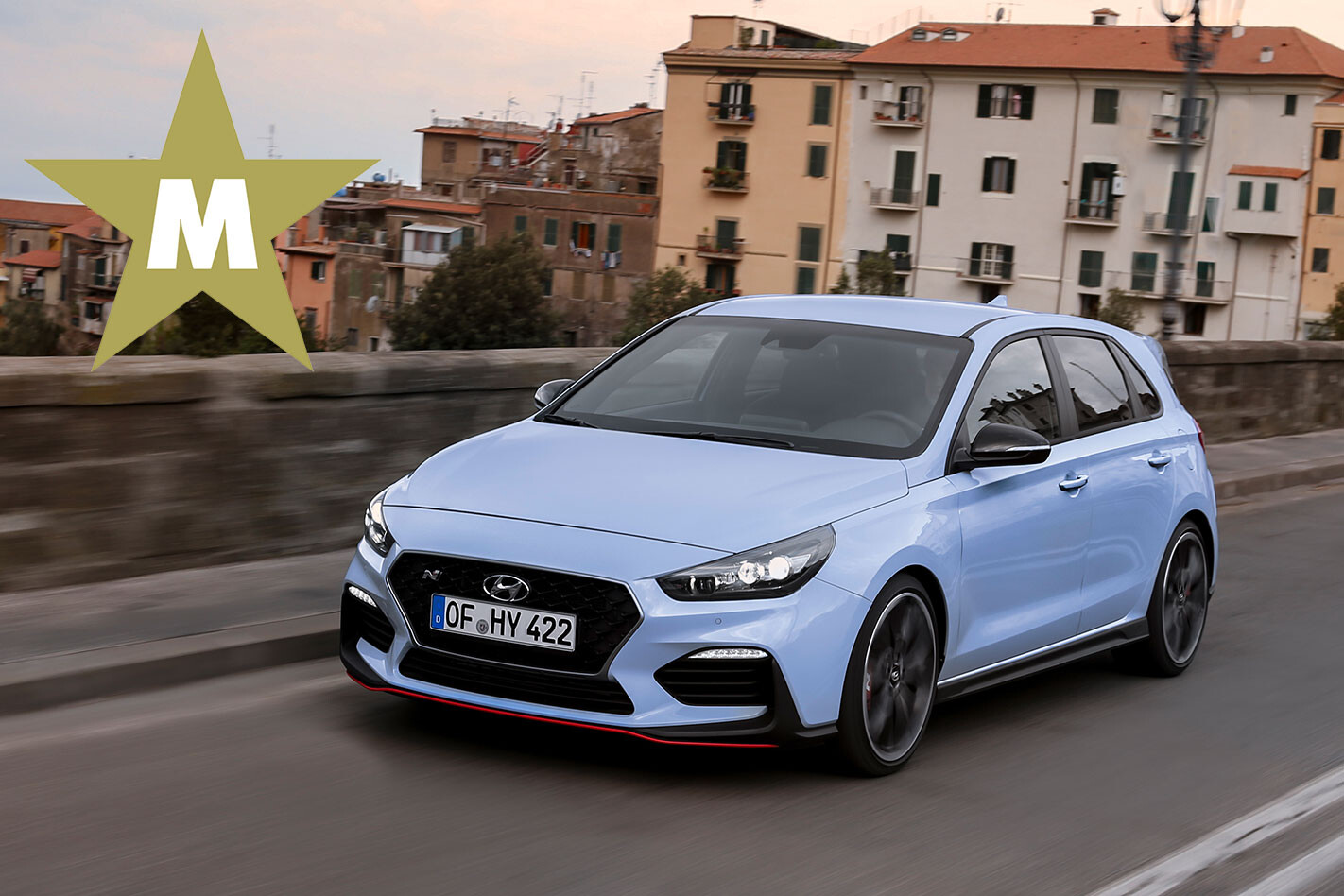 For a first effort, Hyundai seems to have smashed this one out of the park.

We’ve driven the i30 N, albeit in left hook on European roads, and reckon it’ll get right into rivals from Volkswagen, Ford, Renault and Peugeot when it arrives early next year.

It balances rich feedback with excellent body control and compliance.

On top of this, adaptive dampers and programmable drive modes give it a multi-layered personality.

The absence of an automatic might hurt its chances luring loyalists from other brands, but overboost, rev-match, and an active exhaust means it's likely to charm the rest of us.