THIS should be easy, right?

Like picking your favourite ice cream flavour or football team, and yet, ask a motoring journalist to nominate their favourite car from the previous 12 months and often you’ll see them stumble. Confidence and certainty quickly give way to puzzlement and confusion as they rationalise a mental hierarchy and grapple to define what ‘favourite’ really means. Is it the fastest? The most luxurious? The most fun or the most exciting? The car that offers the best value? Or all of these, and more, combined?

Muddying the waters further is the strength of the metal released in 2017. From affordable city cars through SUVs and sportscars, to a plethora of ever improving hybrids and EVs, Wheels has driven a glut of noteworthy models this year - something that’s reflected in the breadth of our 2018 COTY field.

To help narrow the focus of this list, ‘favourite’ in this instance is defined by one simple factor: it’s the car that left the biggest impression. That for whatever reason, be it circumstance, location or timing, burrowed its way into our psyche and left an indelible mark.

A personal ‘best of the year’ is allowed to be dictated by emotion, rather than pure objectivity, surely? In which case, hopefully nostalgia, wistfulness, patriotism and a dollop of sadness are permissible, along with the more obvious elation and satisfaction. Because two days spent in the last, greatest Australia sports sedan in the Victorian high country earlier this year delivered a potent cocktail of all of those feelings. To fully uncork the W1’s supercharged LS9 out of a third gear sweeper, to watch the grey gums start to blur as revs soared and the exhaust roared, is something that’s going to hard to explain to a subsequent generation raised on Tesla-style electrification. But it’s arguably the revised chassis set-up and Pirelli Trofeo R rubber that makes the W1 such a next-level experience. The fact you can exploit it with three or four friends or family on board just makes it that much more compelling. And the hole left behind by this car’s extinction that much emptier.

I paid the price for hesitating. As I grappled with the tortuous choice of picking Lambo’s bonkers Huracan Performante or HSV’s ballistic W1 as my favourite car of ’17, Westerman nabbed the W1 and forced my hand. Still, it’s often the circumstances in which you drive a car that make it memorable, and my time in the Performante coalesced perfectly. I drove it at Imola, in burning sunshine and spent the best part of a day chasing Lamborghini’s chief test driver, Mario, at a clip that suggested he was more concerned with setting lap times than checking his rear-view mirror to ensure I was still there. It was brilliant. Combine this freedom to fully exploit the Huracan’s limits with the noise and thrust of arguably the best engine on sale and dynamics that were predictable, adjustable and approachable, and I left Imola convinced the Performance is the car to have finally realised the Huracan’s full potential.

The most impressive thing I drove in 2017? That’s easy. Mazda’s mule with the new SKYACTIV-X compression ignition petrol engine is that rarest of things, a revolutionary piece of engineering that appears to live up to its promise of diesel-like economy with the refinement and response we expect of a petrol powerplant. It’s a fiendishly clever piece of tech that uses a spark as a secondary piston. Mercedes-Benz weren’t able to finesse the concept, but Mazda has thrown a serious slug of budget at solving this seeming intractable problem. With so many manufacturers so keen to sound the death-knell for the internal combustion engine, it’s great to see a high-tech commitment to an age-old concept: simply doing things smarter.

While my natural instinct upon hearing of a new mid-size SUV is to emit a window-rattling, obnoxiously long yawn, the Peugeot 3008 provoked a different, more favourable reaction. Peugeot’s previous efforts in the SUV space were, let’s face it, pretty half-hearted, but the 3008 – all-new for 2017 – promised that things would be different this time around. The first images suggested plenty of show-car sparkle in the interior, while the exterior looked fresh and fashionable – distinctly French attributes, and things that are hard to find in the SUV segment. But after driving one for the first time, it was obvious that the 3008 was more than just a pretty face. Yeah, there’s no AWD, but how many SUV segment shoppers actually need mud-plugging traction? I’d take the 3008’s crisp dynamics over AWD any day, and that boosty 1.6 petrol is simply delightful. Grown up hot hatch? Kinda.

It’s my instinct to pick a car that came closest to nudging class benchmarks, while also entertaining its driver, probably beyond expectation. And for me, that car would be a base Suzuki Swift GL manual … except you’re restricted from enjoying a modern multimedia set-up if you like using a clutch. So instead, I choose an automatic – the Mercedes-AMG GT C roadster I drove in Arizona in March. Breathtaking movie-set backdrop with bellowing V8 soundtrack? Check. Drop-dead-gorgeous drop-top looks with rear haunches so muscular they’d make Serena Williams blush? Check. And a driving experience so improved by the agility enhancement of four-wheel steering that it transforms AMG’s beast. The GT C is neither the most comfortable, nor practical, nor sensible performance tool that truckloads of money can buy. But it has bucketloads personality. And I’d marry it in a heartbeat.

Fast wagons are cool and a middle finger to the SUV boom, and it’s hard to find a more obvious thumbed nose than the Alpina B3 Biturbo Touring. With an extra turbocharger concealed under the bonnet and a whopping 324kW/660Nm sent straight to the back end, the big-booted 3 Series-based bruiser is seriously fast and fun. 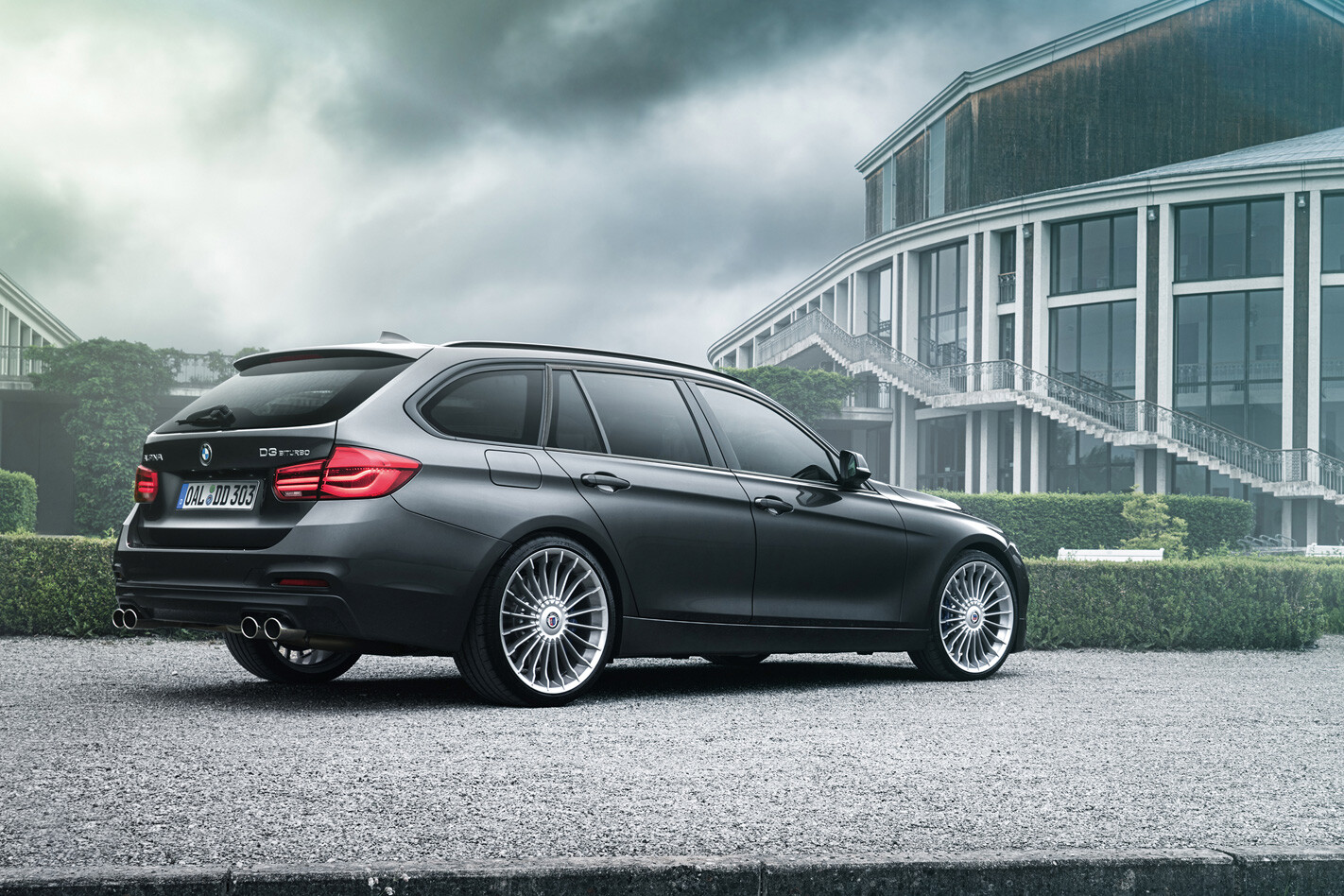 Massive wheels, bling boot badges and a gloriously unapologetic exhaust note shout exclusivity and I have been thinking of ways to acquire $150,000, legally or otherwise ever since I drove it. Think of it as the M3 Touring that BMW never made and wonder why not.

My best car of 2017 can be compressed into a single afternoon’s experience. It’s the time I spent with the best two-door sports car ever produced in Australia: the HSV Maloo. It was a base R8, manual, painted in that lairy Spitfire Green. I had a new road picked out on the map that I was keen to drive, and this was the car in which to do it. Those few, all-too-brief hours will stand as my farewell for the Maloo; windows down with that singling LSA soundtrack bouncing off the hillsides, the hefty clutch combined with the tactile six-speed and all that lazy, effortless torque forever imprinted in my memory.

I can still hear it rattling at the back of my brain; a raucous rev, followed by a whip-like crack from the Lexus LC 500’s naturally-aspirated V8. The first time I heard it, I broke into laughter from the ridiculous nature of it all - one of those moments where a car brings a few seconds of unadulterated joy. Editor Inwood had slung me the keys for a night with the ‘Magic Banana’, and I wasn’t going to let it be wasted. Plans were hastily made with the girlfriend for dinner in the city. 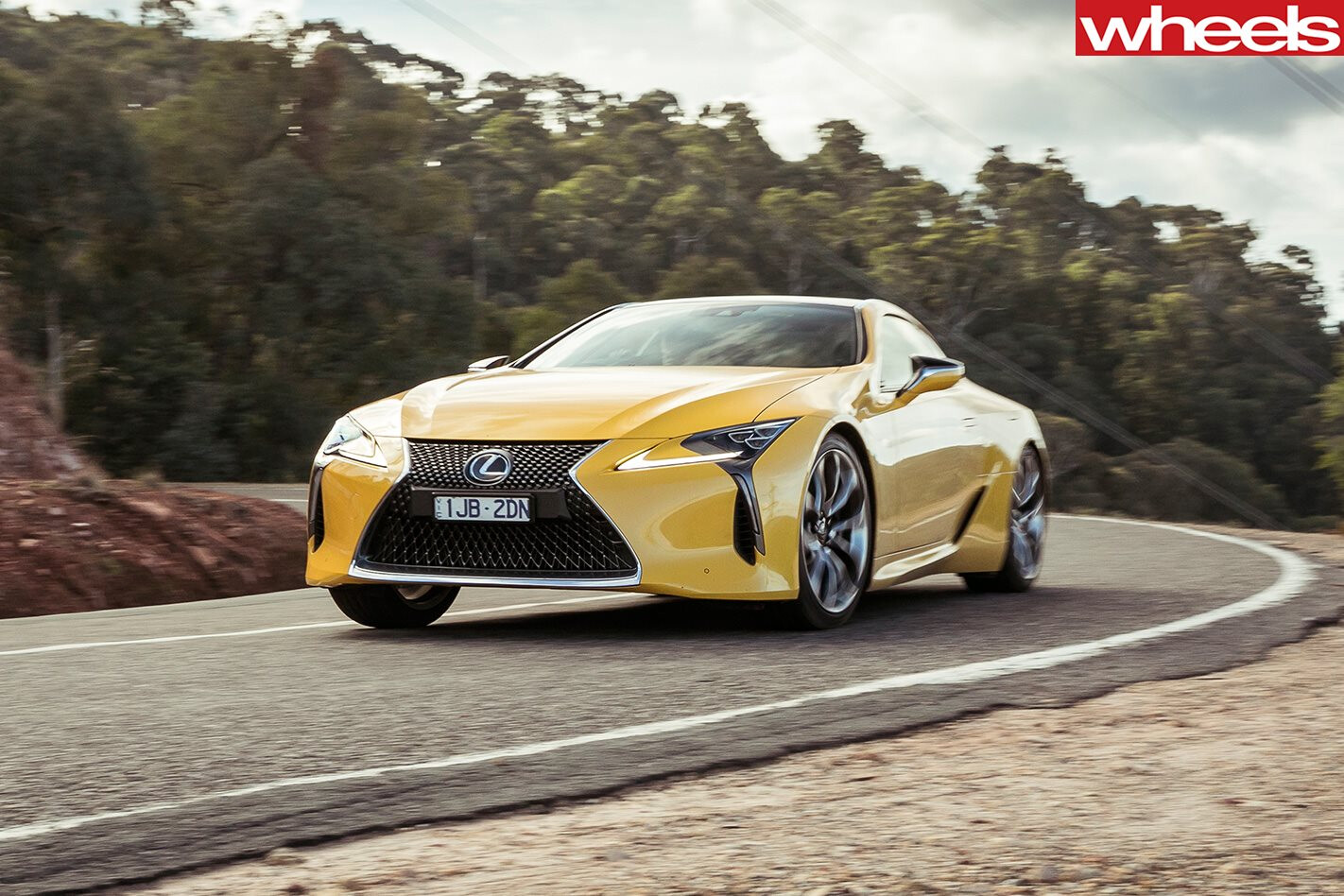 The straight-from-motor-show-floor looks had necks craning as it slowly prowled through the concrete canyon. Home via Yarra Boulevard and the cityscape streaked past the windows with the engine’s primal howl echoing through the gum trees - sci-fi visuals with a Mad Max soundtrack.

I’ve spent just a scant couple of hours behind the wheel of the Japanese grand tourer, and the urge to return hasn’t abated since.