The next-generation, fully imported Holden Commodore wagon has emerged as an early contender to make up the backbone of future police Highway Patrol fleets, with the Kia Stinger GT, and the significantly more expensive BMW 5 Series also in the mix.

The end of local vehicle production has created a need for Australian police forces to find imported replacements for the XR Falcons and SS Commodores that make up the backbone of their highway patrol fleets.

There has been much speculation about what cars will fill the void, backed up by many a rendering of exotic types in candy-car colours ranging from Ford Mustangs and Chrysler 300s to Lexus GS Fs.

However, the coppers might not have to look too far after all, with Holden pitching the next-generation Opel-built Commodore as a police ready model.

Victoria Police manager of transport Frank Milelli told Wheels thatHolden is keen to provide the AWD Commodore with the same capabilities as the current model.

“The current Commodore has basically got a 20-year history of improvement in terms of what they provide for us and that’s a pretty good package.”

A Holden spokesperson confirmed the company has been engaging with all state governments on their current and future vehicle requirements including police service fleets and taking them through its future vehicle portfolio, which includes the new V6 AWD Commodore. 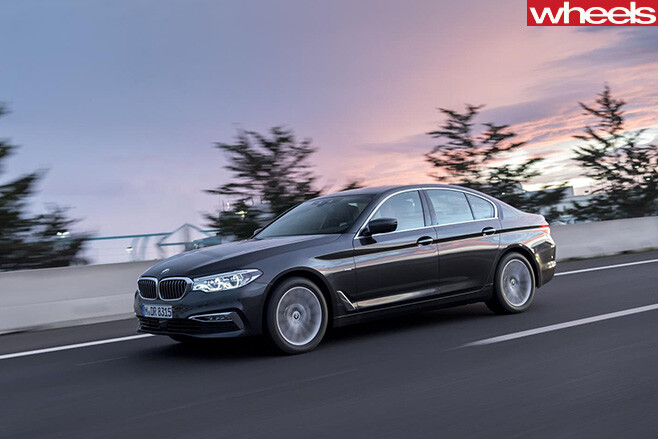 Milelli said the SS Commodore and Ford XR Falcons remain the benchmark for highway patrol vehicles, not least for their acceleration.

“Nationally they’re saying 0-100kms in seven and a half seconds; our rule is equivalent to the current SS, which is about six seconds.”

While it won’t have a V8 engine, the 2018 Holden Commodore AWD’s 230kW/370Nm naturally aspirated V6 engine and nine-speed automatic gearbox combine to achieve 0-100km in 6.0sec, 0.2sec faster than the current SSV Redline.

Milelli said the new Holden Commodore Sportwagon has sparked particular interest because of its extra carrying capacity compared to the new liftback version.

“We’re going to be looking at vehicles that meet the carrying capacity of at least the current Sportwagon and with the same performance.”

That need to carry equipment rules out performance coupes like the Ford Mustang, which was widely touted as a highway patrol car even before its two-star ANCAP safety rating was revealed.

“We wanted to run Monaros many years ago but our executive was saying operationally they’re not ideal, you still need a rear seat to carry members around. 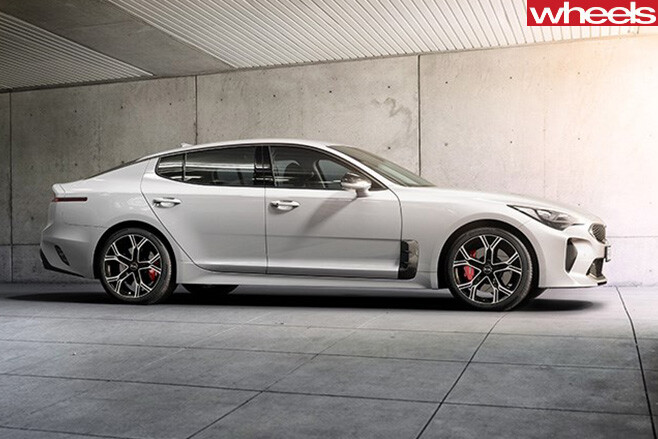 Another car subject of much speculation regarding a career in uniform is the new Kia Stinger, which is powered by a 272kW/510Nm twin-turbo V6 that’s expected to take it from 0-100km in 5.1secs.

Wheels understands Kia has been in discussions with police forces including Victoria, South Australian and NSW about the supplying the Stinger and has even taken representatives from some states to Korea to drive the cars.

It’s believed NSW has showed a particular interest with a potential for 2000 police vehicles across a variety of roles during the Stinger’s lifetime – NSW Police declined to speak with Wheels about police car procurement.

Milelli confirmed Kia has approached Victoria Police to supply the Stinger but was still unsure if it would be available with a police pack that includes all the wiring needed for police lights and equipment and appropriate brakes.

A Kia spokesperson told Wheels the Stinger’s powertrain and Brembo brakes already met police requirements and the company is confident it will come off the line with all necessary requirements once they are known.

BMW is another company that, to quote Milelli, “wants to play”.

BMW Australia head of product and marketing planning Shawn Ticehurst conformed the company has offered the BMW 5 Series as a police ready vehicle.

“Cars like 5 Series have got such a good history with the German police and the British police … so I think it’s certainly got potential but we’re not talking about any discussions we’re having at this stage.” 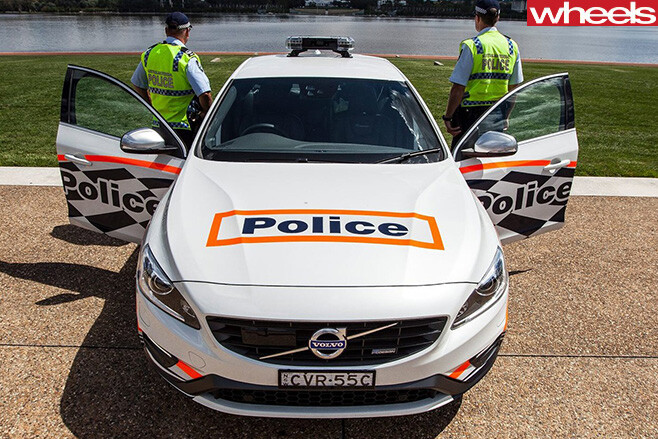 Ticehurst said if the 5 Series was chosen BMW could lower the trim to keep costs down.

“We’ve sold X5s to the Federal Police in the past, so we were able to work with them and revise the spec.”

This would be important for the 5-Series to be selected for the pursuit role, with Milelli admitting financial considerations and even the politics of using ‘luxury’ vehicles along with ongoing service costs were key factors in the highly capable X5 not being chosen to replace the force’s Ford Territory fleet, with the Hyundai Santa Fe and Toyota Kluger chosen instead.

But he reckons using European cars such as the BMW 5-Series or Volvo S60 Polestar, as tested by the ACT Police, would be easier to justify for highway patrol because of the role’s specialist nature.

“We’ve been saying forever we want a car off the shelf and if it’s made by a manufacturer it’s safer than anything we can put together. So my view has always been that the public will accept it if you are spending their money correctly.”

The above vehicles will also being looked at for general police patrol duties along with other contenders, including the all-new Toyota Camry and the Hyundai Sonata, which is already in use with Queensland Police.