Six of the world’s most radical racecars… that sucked

Thinking outside the box doesn’t always yield the desired results

MOTORSPORT is a fantastic crucible for testing and trying new ideas. From wild and wacky aero to cutting-edge tech, racetracks around the world have seen countless innovations – some of which have ended up saving lives and making life on public roads better.

But, not every innovation works out as intended. This is a list dedicated to the cars that tried to be different - and succeeded in that - but whose out-of-the-box thinking didn’t translate into race day victory.

Looking like a spaceship and essentially turning the formula for an LMP1 car on its head, the Nissan GT-R LM Nismo had some very lofty goals when it was revealed. The front-engined, front-drive Nissan was designed with one purpose – winning the 24 Hours of Le Mans. Designer Ben Bowlby was adamant the out-of-the-box idea would make the car a weapon at the Circuit de la Sarthe.

The GT-R LM had massive front rubber, putting power from the 3.0-litre twin-turbo V6 to the ground through a five-speed gearbox, while the rears tyres were skinny to make room for large aero tunnels which ran through the body of the car. 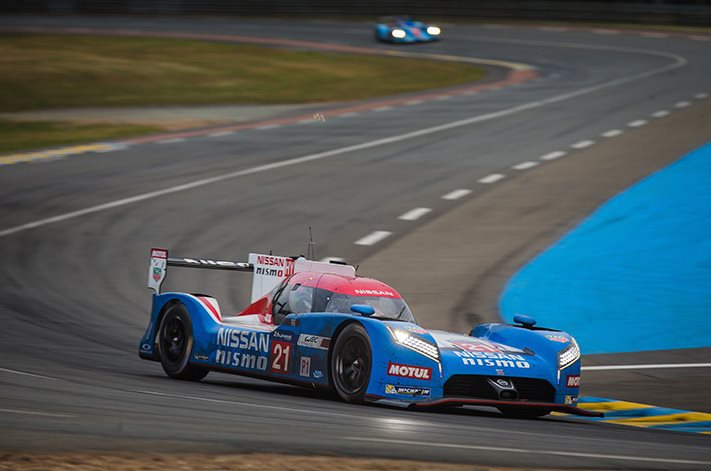 In the end, the car only competed at one event after a delayed launch, an extended and secretive testing process, and woeful race day performance. At Le Mans the cars suffered serious reliability issues, with drivers instructed to avoid driving over the kerbs to ensure one of the three vehicles made it to the end of the race. The #22 car technically completed the 24 hour race but wasn’t classified as a finisher, having only completing 242 laps – 153 less than the race winners.

In terms of pace, the cars were 20 seconds a lap slower than their LMP1 rivals, and only barely quicker than an LMP2 car.

The program was shelved in December 2015, and hasn’t been revived since.

Another Le Mans racer from the mind of Ben Bowlby. The Delta Wing made its debut at the 2012 iteration of the French endurance race, under the Project 56 garage designed for experimental entries. 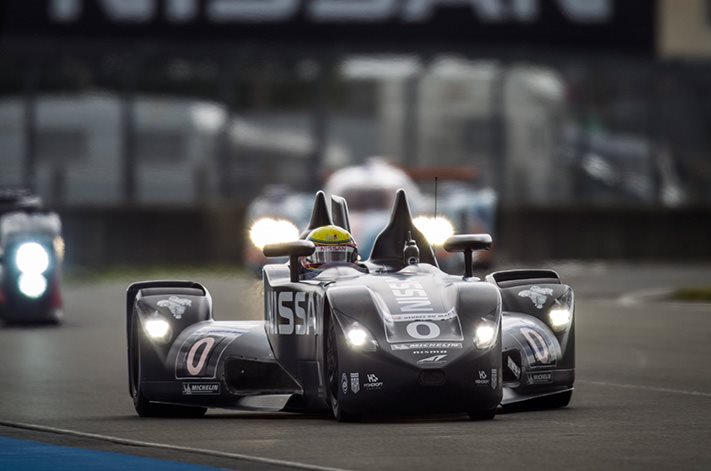 Built and maintained by Panoz in the US, and with Nissan power for its first year, the Delta Wing had a radical arrow-esque body shape, with the front tyres close together, and a more traditional width at the rear. The design was intended to reduce aerodynamic drag by a significant margin, and allow faster straight and corner speeds than a 2009-11-spec IndyCar.

The car had a sordid history, and was embroiled in legal cases over intellectual properties. It completed 29 races until it was officially retired at the end of the 2016 season without a single pole, win, podium, or fastest lap on its record.

Before they were making mega-power ubercars like the Veyron and Chiron, Bugatti were known for their pre-war race cars. The Type 32 earned itself a nickname as the Tanke de Tours, thanks to its streamlined body and short wheelbase. Powered by a 2.0-litre straight four engine, it made 59kW, and delivered power to the rear wheels through a 3-speed manual reverse transaxle. The car struggled competitively in comparison to its successors, with a single podium at the ACF Grand Prix at Lyon on its record. Poor handling characteristics meant it was never entered in another race after that. 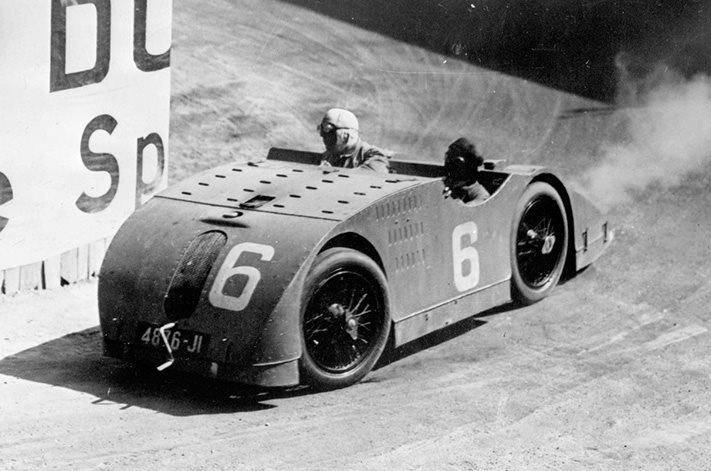 Back in its heyday, the Indianapolis 500 was at the forefront of motorsport innovation, with a number of radical advancements moving the sport forward during the Month of May. The Eagle Aircraft Flyer Special wasn’t one of them. 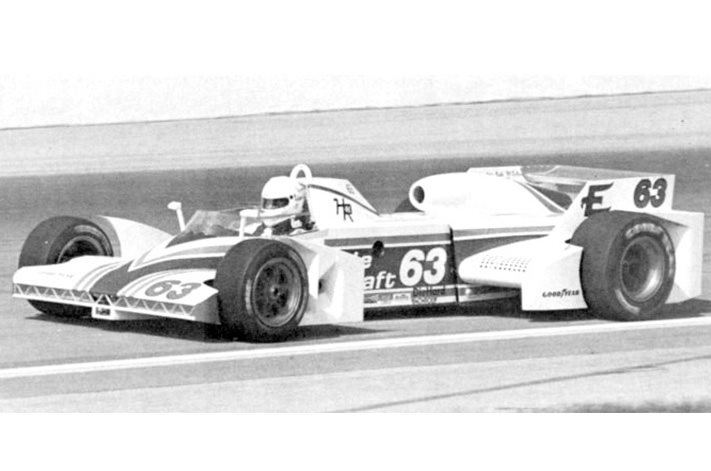 Making its debut in 1982, the unusually shaped open-wheeler –which earned the moniker ‘The Cropduster’ within the Indy paddock – was powered by a Chevrolet small block V8. There wasn’t a lack of talent behind the wheel, with renowned American short-track racer Ken Hamilton taking care of wheelhouse duties.

However, the Eagle Aircraft Flyer failed to qualify for the 33-car field, and was never seen in competition again.

From the house of some of the best racing innovations, we get the 2H. Chaparral Cars was a pioneer in the American racing scene, continuously pushing the envelope in terms of engineering and experimentation, often to great success in Can-Am. However, sometimes the out-there designs didn’t always work as planned.’

The 2H was one of the last cars to come from Chaparral, and was designed to be a low-drag evolution of the 2G. It moved away from a design which had worked well for Chaparral in the past – having a large wing on struts, attached to the rear hubs, applying load directly to the suspension uprights – instead opting for a foil which loaded up bodywork, paired with hydraulic cylinders applying resistant force. 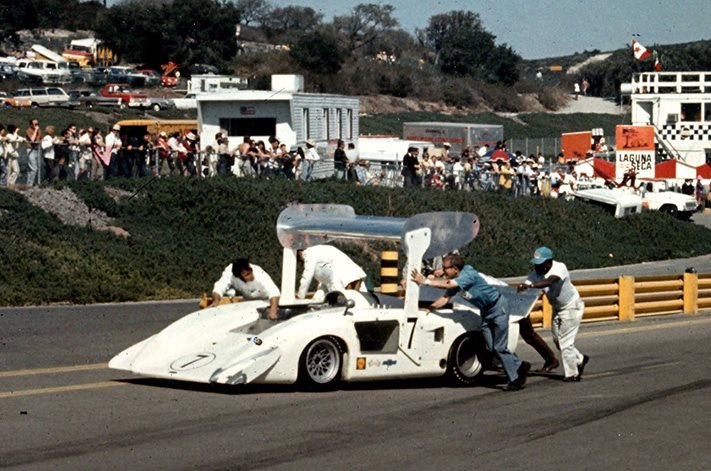 But, the design failed to work as desired, with the car slower than initially predicted. To fix the problem, a large wing was affixed to the roof of the car.

John Surtees was the man behind the helm, and despite his incredible talent, the closest he came to pole during the 1969 season was coming 4.2-seconds shy at Mid-Ohio. For the penultimate round of the Can-Am championship the car was 10-seconds slower than the fastest cars in qualifying, with the engine failing four laps into the race. This prompted Surtees to climb out of the car, and quit on the spot.

The year is 1983, and ground effect aerodynamics is booming. Engineers around the world are attempting to replicate the huge success of Lotus F1 cars of the era, diving into the new form of downforce.

Herb Aam’s ’83 Can-Am racer is a fine example of the wild experimentation that was going on. The car moved the engine and driver to opposite sides of the vehicle, allowing for a large venturi tunnel in the middle. However, engineers were unable to perfect the downforce balance between front and rear, and drivers struggled to adapt to the off-centre seating position. The Pontoon Car only appeared at a handful of races before the idea was abandoned. 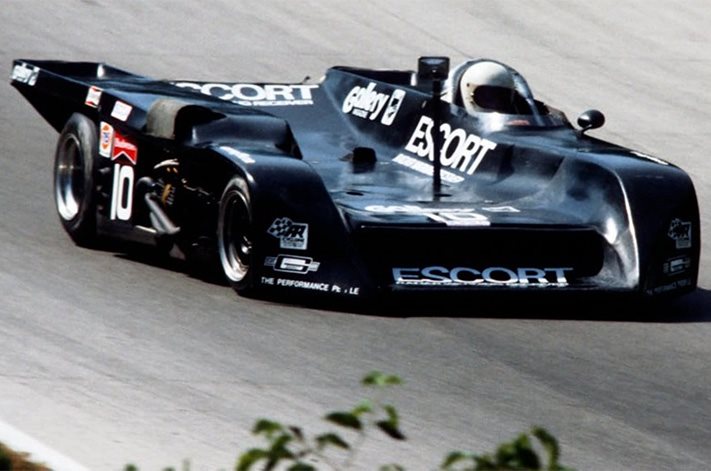