The Senator for Speed: an interview with David Leyonhjelm

David Leyonhjelm is a senator unlike any others before. He rides a high-performance motorbike, wants more reasonable speed limits and likes guns. You might even like him...

HERE’S the problem. As a sane person who believes that giving stupid, fallible humans access to guns dramatically increases the chances of people being shot with bullets, it is impossible to take Senator David Leyonhjelm seriously.

Not only is he a supporter of America’s notorious NRA (National Rifle Association), but he made a YouTube video for them trashing Australia’s gun laws and claiming they hadn’t made a bit of difference. Despite the fact that we haven’t had an American-style mass shooting, anywhere in this country, since our post-Port Arthur crackdown in 1996. 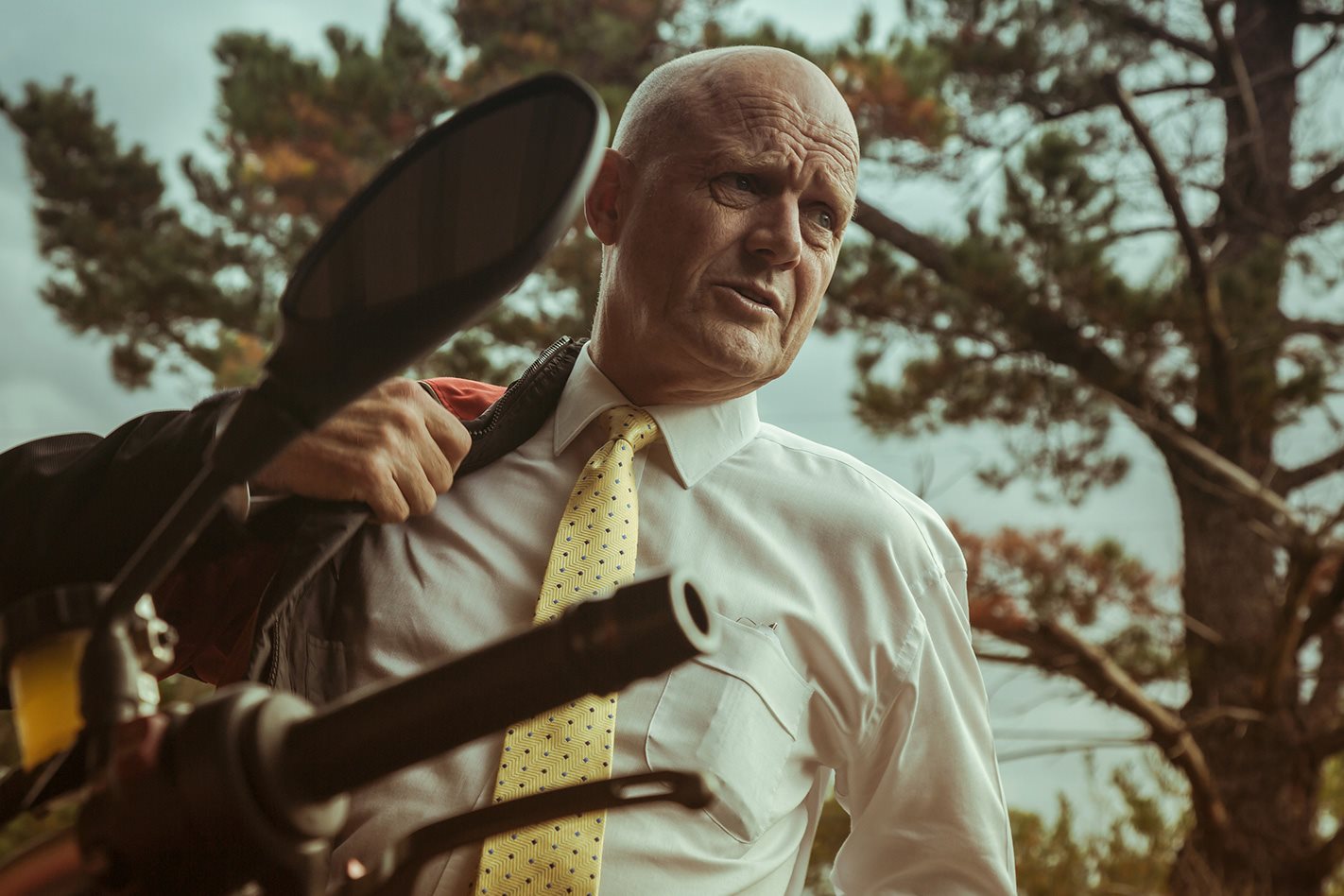 The senator feels so strongly about this issue, on which he is more wrongheaded than Pauline Hanson wearing a Derryn Hinch mask, that it’s the main reason he got into politics in the first place.

Sometimes referred to as the Senator for Donkey Voters, Leyonhjelm won nine percent of the vote in NSW in 2013, after scoring the number-one spot on the giant Senate ballot paper. The fact that his party is called the Liberal Democrats was clever enough to fool a lot of people at just the right time.

READ NEXT: Wheels Interview: Graeme Whickman - Ford one year on

But here’s the thing. Leyonhjelm is not, in fact, an idiot, a former footballer or a self-proclaimed billionaire. He has degrees in law and veterinary science, with an MBA on top, and when he talks about things like speeding and road rules from his strictly civil-libertarian point of view, he genuinely makes more sense than any politician we’ve ever heard speaking without a German accent. He also managed, against most predictions and despite his rantings in the media and general contrariness, to win re-election in 2016 for another Senate term. 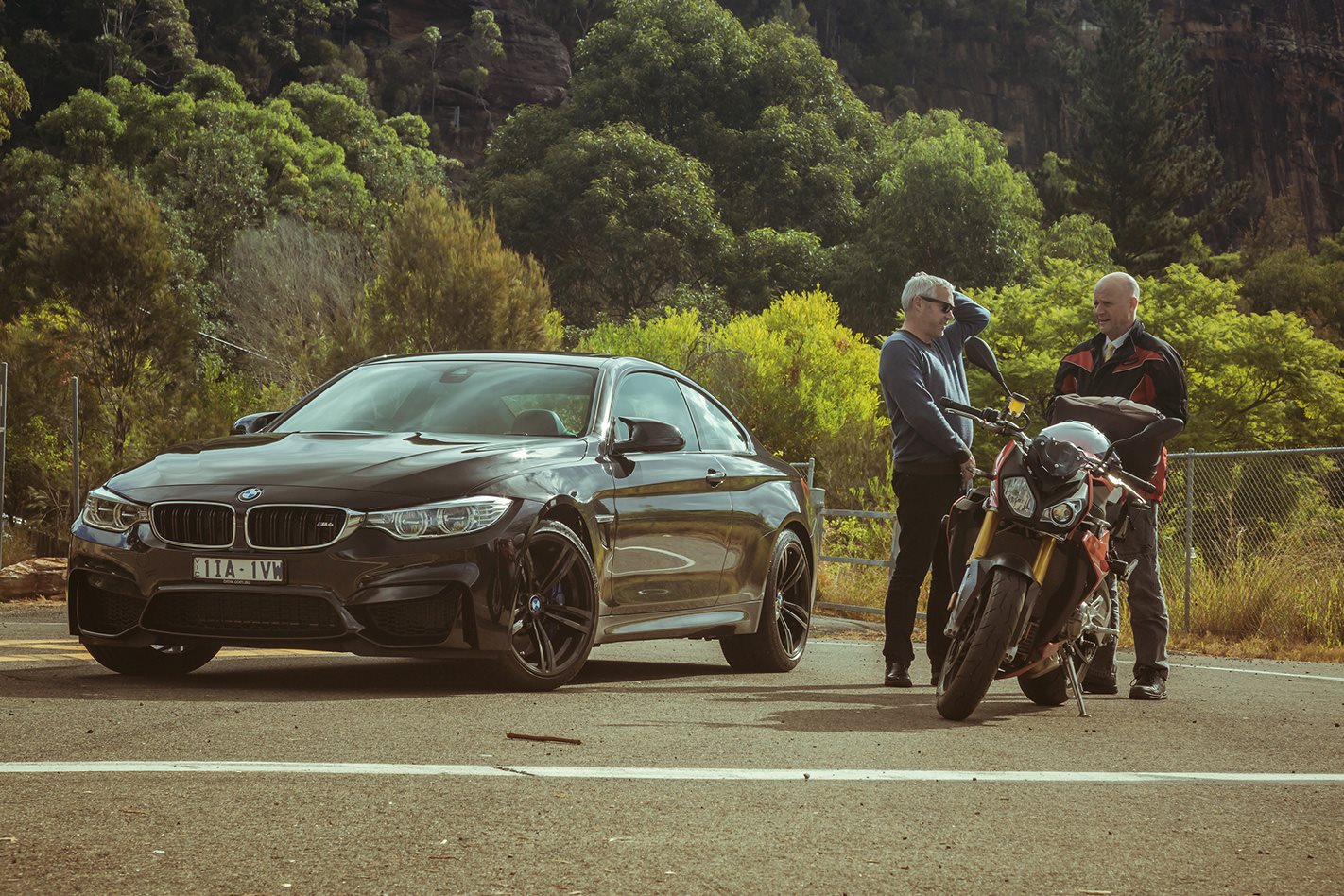 “The nanny state in this country is trying to convince us that at 109km/h you’re impervious to accidents, but at 111 you’re a dangerous lunatic out to kill people. It’s stupid, and it defies logic,” he tells me within the first two minutes of meeting him.

Leyonhjelm is a motoring enthusiast himself, although more two wheels than four. He rides a BMW S1000R, which is a very serious motorbike indeed. I’ve been fortunate enough to ride one around a race track, and I still have the dents in my chin from my helmet to prove it. It’s the kind of fast – zero to 100km/h in 2.6 seconds – that makes cars seem slightly pedestrian. 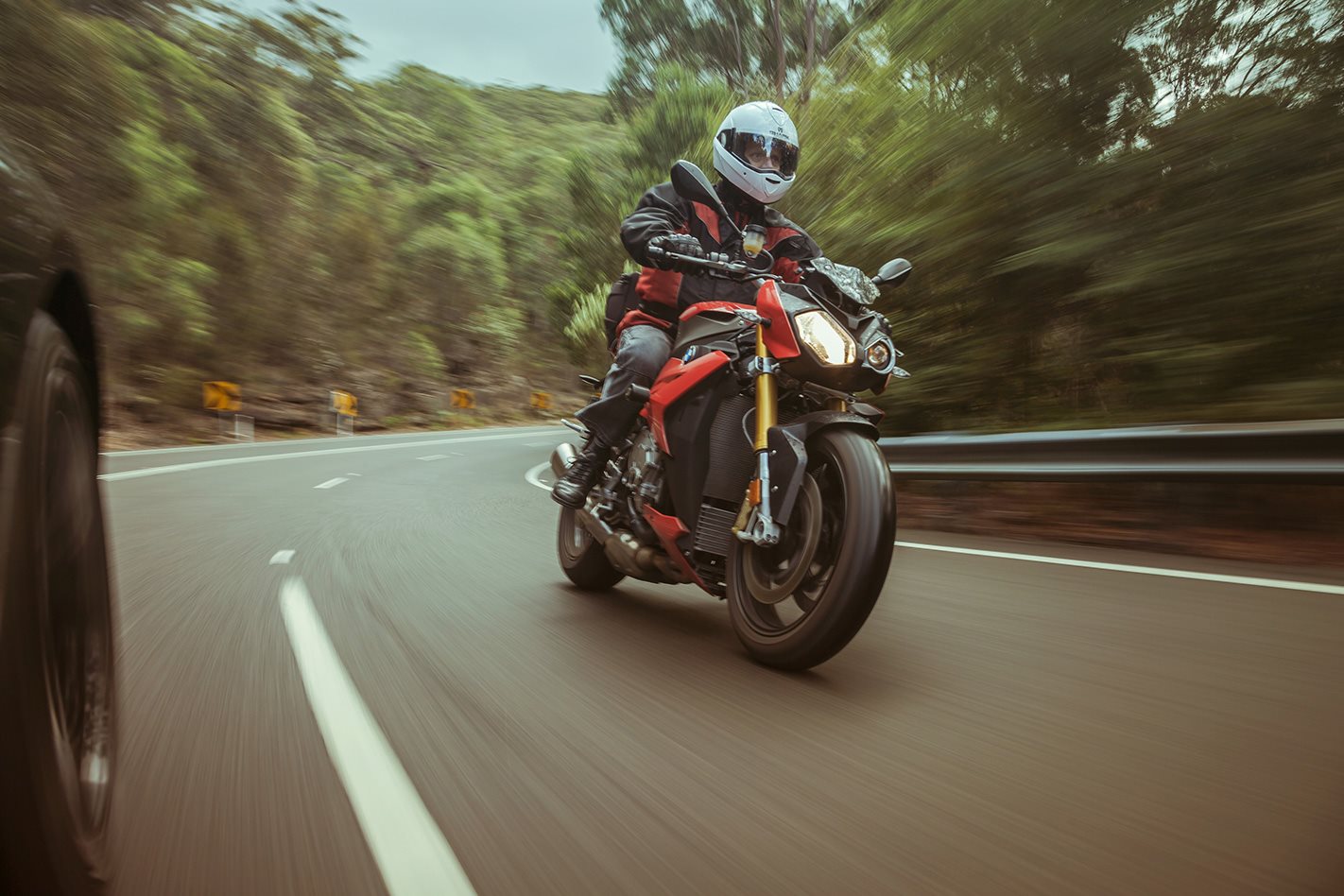 The senator has agreed to join us for a ride into the country, as long as we bring something suitably European and fast with us. A BMW M4 fits the bill nicely, and has him clucking appreciatively. Later in the day we let him have a brief steer of his bike’s four-wheeled cousin and he’s entirely chuffed, but it’s hard not to notice that he drives like a man who knows his behaviour is constantly under scrutiny. When we swap seats and go for a blat up a winding road at pace he looks and sounds the most animated we see him all day. Let’s just say the guy enjoys speed.

What he doesn’t enjoy is the obsession Australian authorities have with it.

“There is an ad at the moment that says ‘a zero road toll is the objective,’ it’s part of the National Road Safety Strategy, and it is nothing short of an outright lie,” he says, warming to his topic. “The only way you could get zero road toll is a speed limit under 20km/h, that’s about the speed where you can’t get killed.” 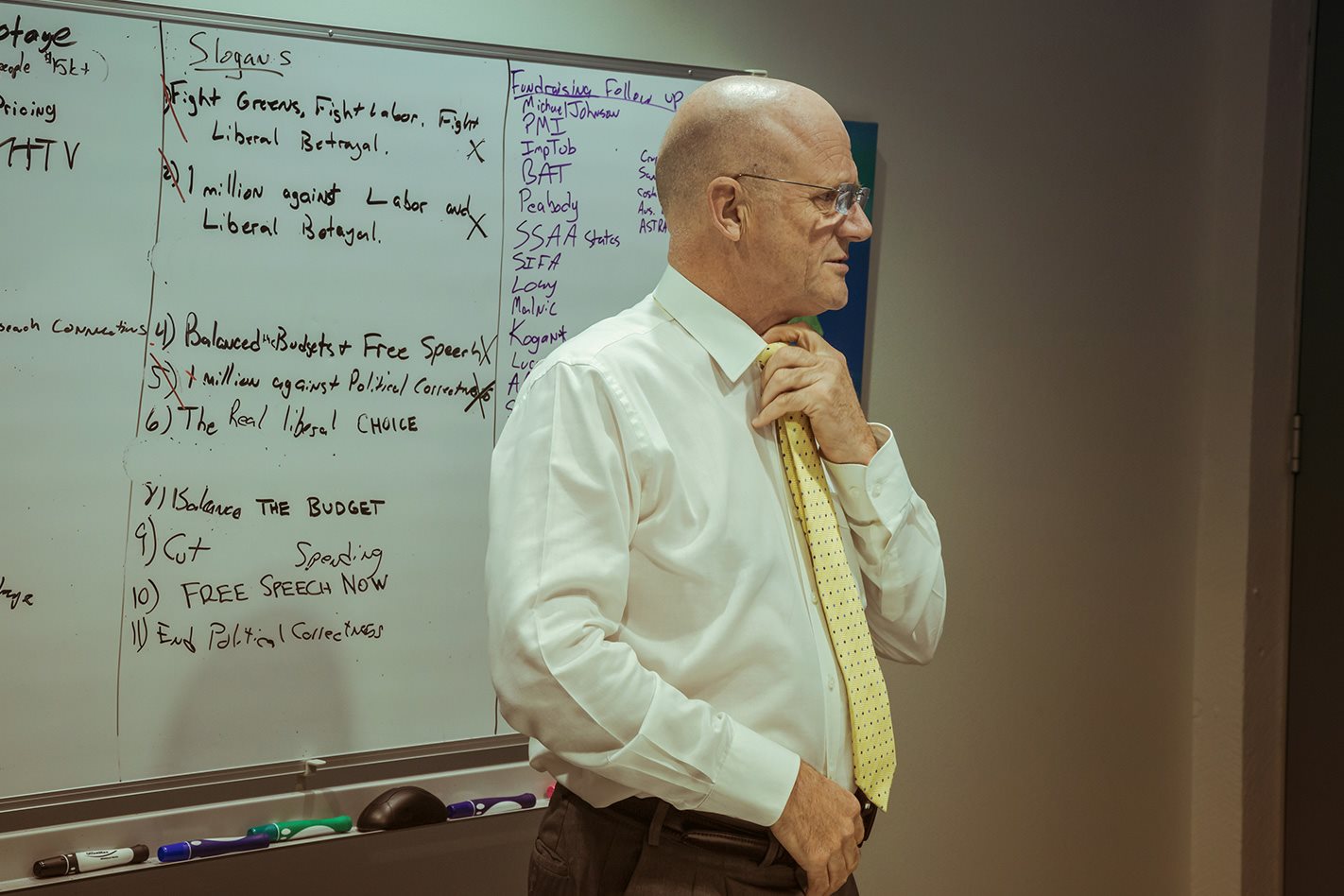 Leyonhjelm, who is what you might call an extreme civil libertarian, says speed limits should be a trade-off between wanting to get where we’re going in good time, and getting there alive.

“It’s not an engineering question or a bureaucratic one, it’s an ethical and moral one, so it should be made by the people who are bearing the risk; it’s a matter for society itself,” he says.

His solution is based on the idea of the 85th percentile and would involve removing all of our speed limits (although he’d probably start with just the 80 to 110km/h ones) for a set period of time, and then closely monitoring driver behaviour.

“Probably for the first week you’d get a bit of nutcase driving, but it would settle down and people would travel at what they think is an acceptable speed,” he says.

“The overwhelming majority of drivers are sensible enough to think ‘I don’t want to commit suicide, I don’t want to kill anyone else,’ so they will drive at a speed which they think feels safe. 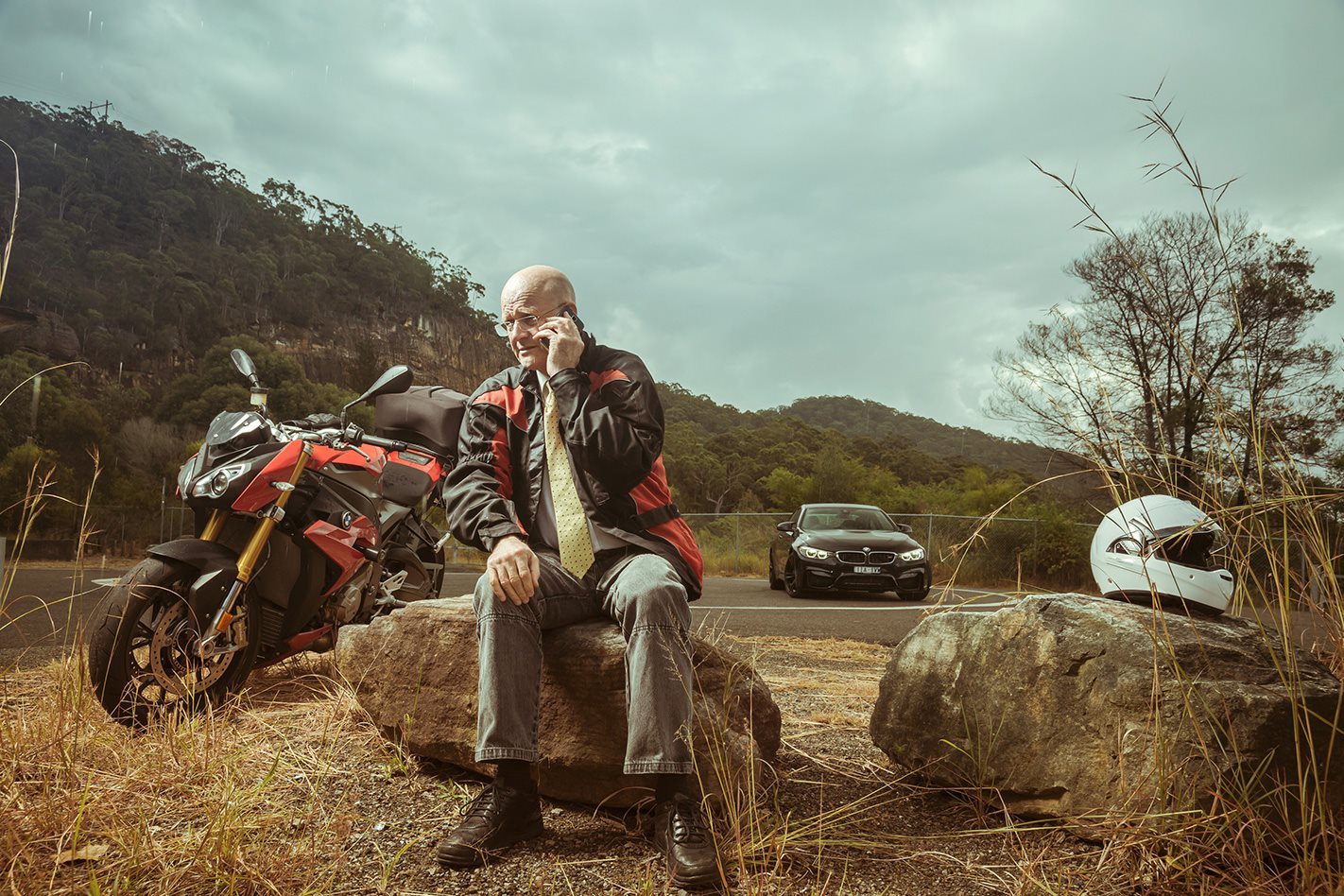 “We would end up with higher speeds on most roads, but not all of them. The Hume Highway from Sydney to Canberra, for example, could easily be 130 or 140, and it would make life easier, but there are other roads where it might be too hairy to go faster than 100.”

READ NEXT: West Australian Government tricks Perth drivers into being nice to each other

As well as lowering travel times, and driver frustration, Senator Leyonhjelm believes it would change attitudes to the Highway Patrol.

“We also know that the vast majority of accidents are caused by people who exceed the 85th percentile, so the police would have the support of the public to go after those people. And there’s an argument for booking people who travel substantially under that limit, too,” he says, making music to my ears.

“It would turn speed limits into socially acceptable limits rather than just notional ideas, so the police wouldn’t be despised as tax collectors.” 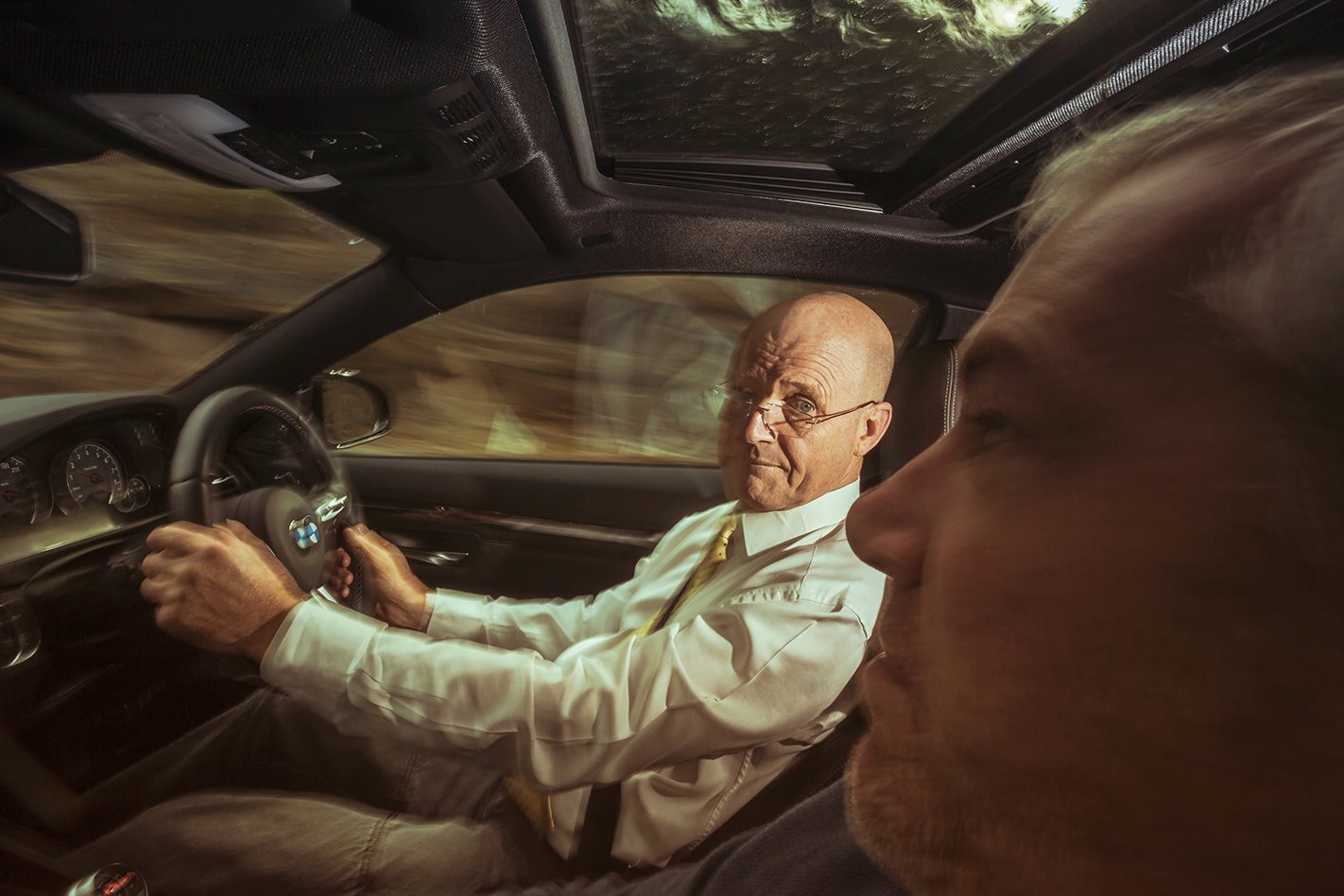 Of course, Leyonhjelm is merely reflecting what many Wheels readers believe – that speed limits are arbitrary and the focus on speed as the cause of all evil is illogical. The difference is that he might be able to do something about it.

“There are ways to get things done in Canberra, even with just one vote as a senator, and they range from getting to know the responsible minister – over a beer perhaps – and you often find that they don’t really understand the issue you’re trying to explain,” he says.

“The other way is when the government needs your vote on something, and you can leverage that vote to achieve something else, and I’ve done that a few times. There’s a bit of blackmail involved, a bit of arm twisting, that’s just how it works.”

Leyonhjelm sees his best point of attack as being the Transport and Infrastructure Council, which he describes as “a small cabal of people who all agree with each other”.

“What’s required is to throw some alternative ideas into that environment, so we can get them thinking about these things, and fighting over them, fighting with me. 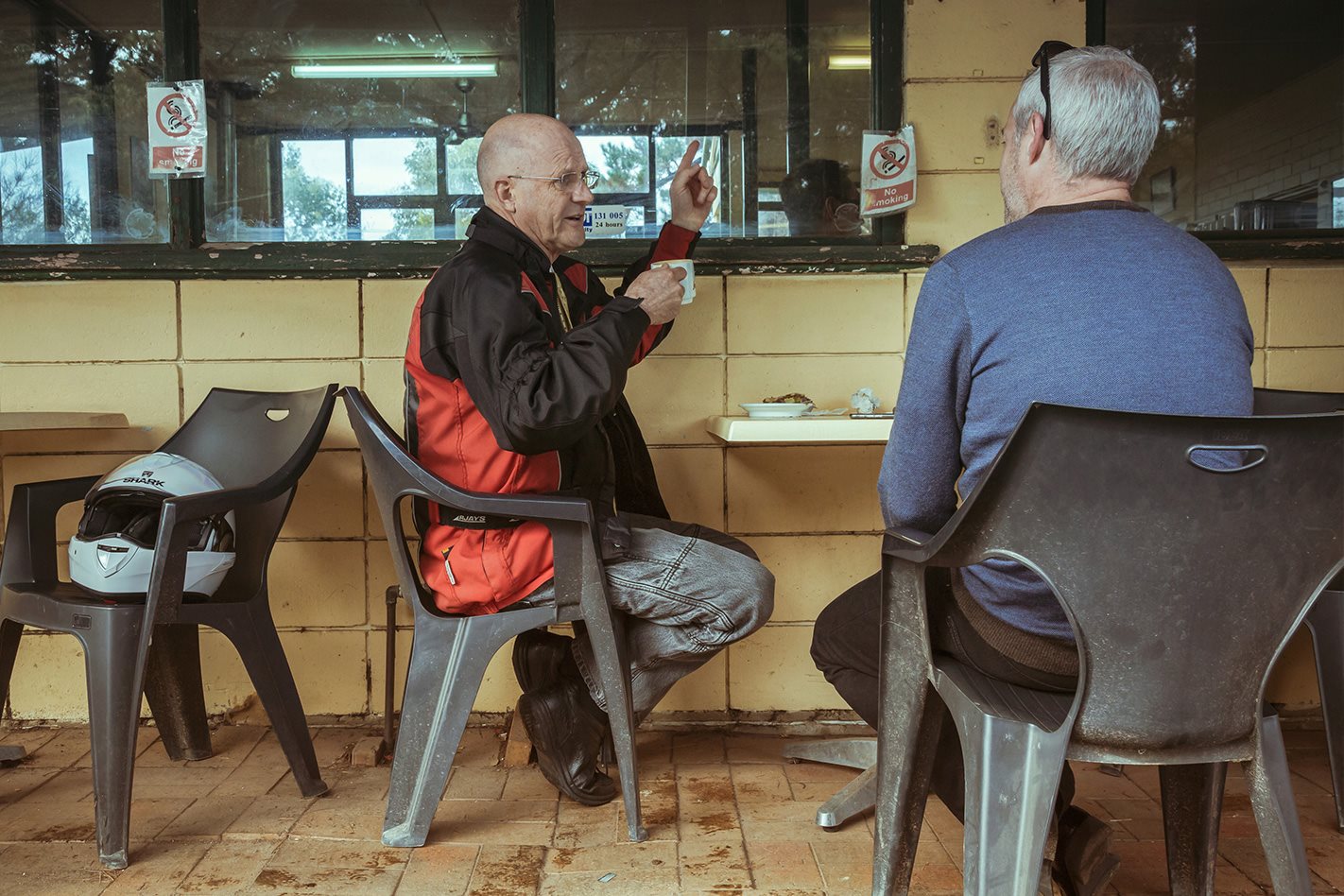 “I’m absolutely willing to pursue the speeding thing, it’s been one of my pet peeves for many years. And I tend to work on my pet peeves.”

Infamously, his pet peeves include subjects like cannabis – “it will be legal for recreational use in this country, it’s a matter of time” – cigarettes, which he claims are too highly taxed, and guns.

READ NEXT: What is Level 3 autonomous driving tech and when do we get it?

For the sake of getting our photo shoot done without coming to blows, I tried to stay off the subject, but it’s a bit like chatting to Tony Abbott and not mentioning onions, or knighthoods (Leyonhjelm knows him, obviously, and has nothing kind to say). 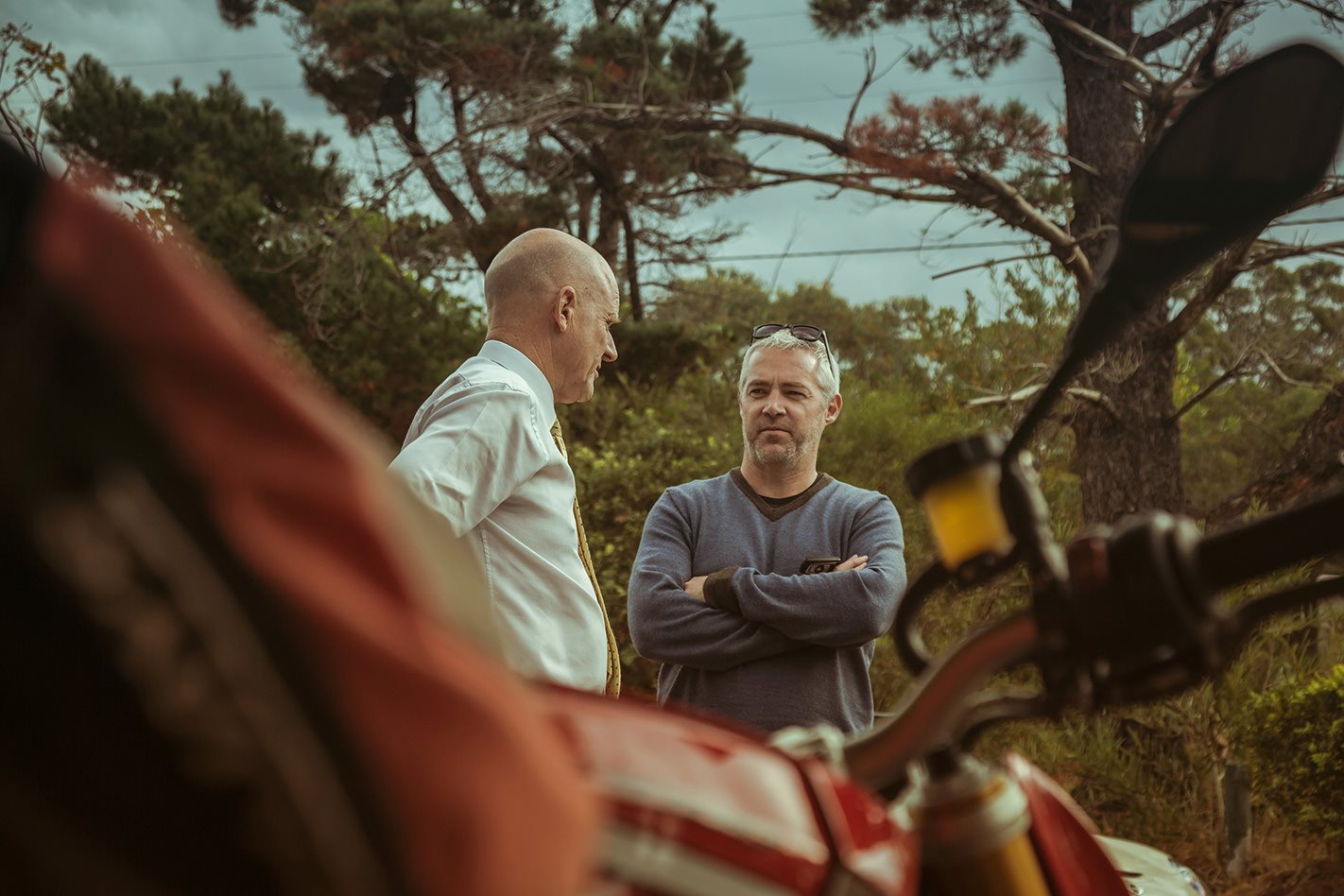 When it does come up he tells me he reckons the NRA are misunderstood and highly effective lobbyists. I’ve come armed with statistics and fire at him that 89 Americans are killed by guns every day, 33 of them murders, and that free access to assault weapons can’t be helping.

“Yes, but they also kill each other without guns far, far more than Australians do,” he says, looking like a man who’s had this argument a million times. “Their murder rate, compared to other developed countries, is huge, and the gun violence is concentrated in the big cities – it’s primarily blacks and hispanics – and is linked to the drug trade.

“Our policy is to concentrate on the individual not the gun.”

Sure enough, we’re soon into the “guns don’t kill people, people kill people” non-argument, and when I try to point out that the Australian people don’t have guns so they don’t kill each other, en masse, with such horrific ease, he’s not having it.

READ NEXT: A brief history of open speed limits in Australia

“This idea that we’ve had no mass shootings since 1996 is not true. The people who quote that say it has to be four or more killed for it to be a massacre.

“But we have had eight or nine incidents involving three people being shot, and we’ve also had woundings with guns with more than four victims, so it’s just good fortune we haven’t had more. 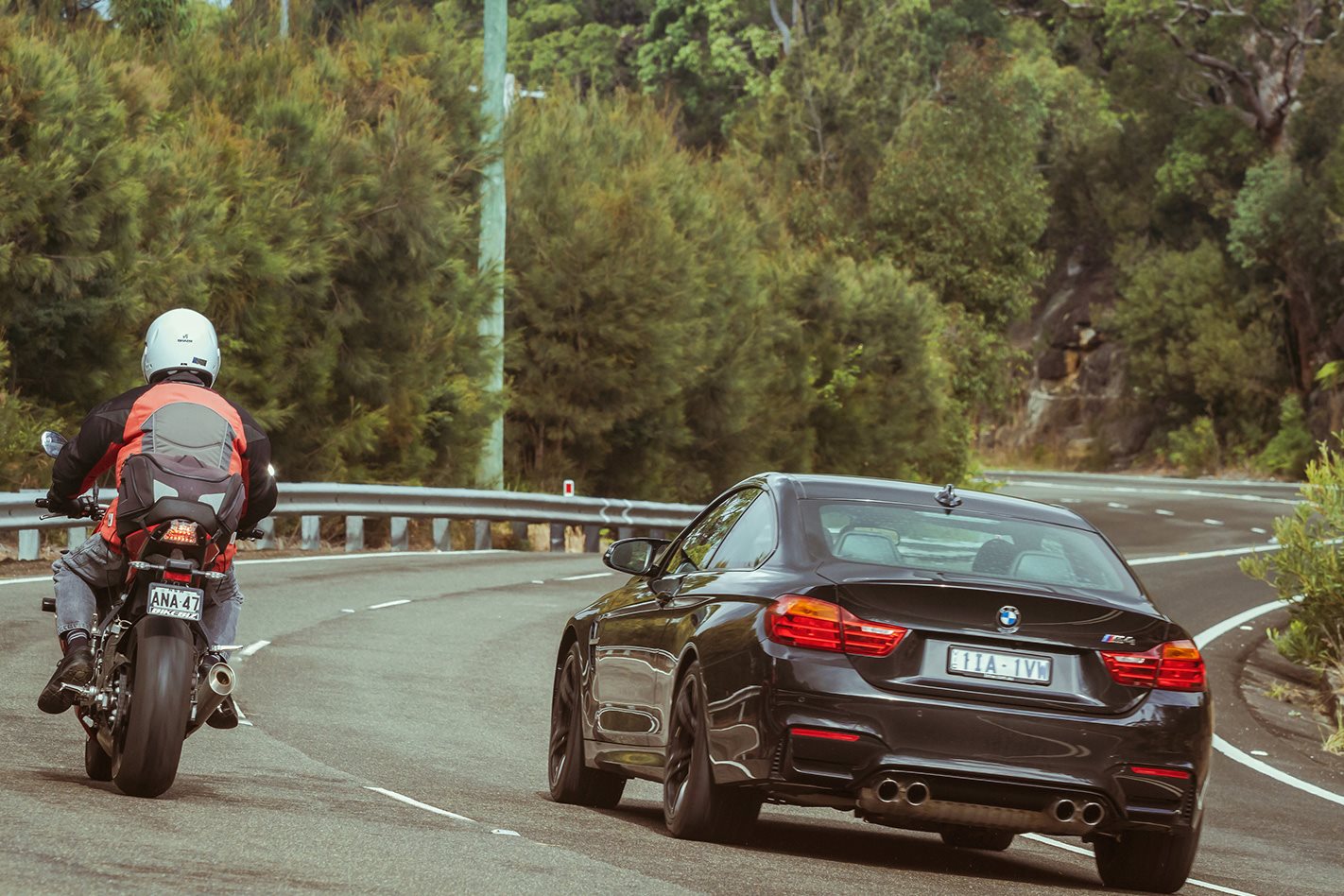 “Our gun laws are too harsh. If you’re going to kill somebody, you’ll bludgeon them to death or stab them. I don’t think you go, ‘I’m going to kill someone; but no, I don’t have a gun, so I won’t bother.’ That just doesn’t happen.”

It’s hard – and yet irresistible – to argue with someone who argues for a living, and that’s basically what his job as a senator comes down to.

“It’s not dull, although you do sometimes wonder what the hell you’re doing there, but it really is horrible,” he says of political life. “It’s minimum 12-hour days, quite often 15 hours, no time to eat, and it’s hard work at a relentless pace.

“And it’s true that they say, ‘If you want a friend in Canberra, get a dog.’ There are no friends. It’s not a comfortable environment.

“But there are days where you feel like you’ve made a difference, and that’s what keeps you going.”

On the days when he’s trying to make a difference to our national approach to speed limits, it’s unexpectedly comforting to know that he’s there. 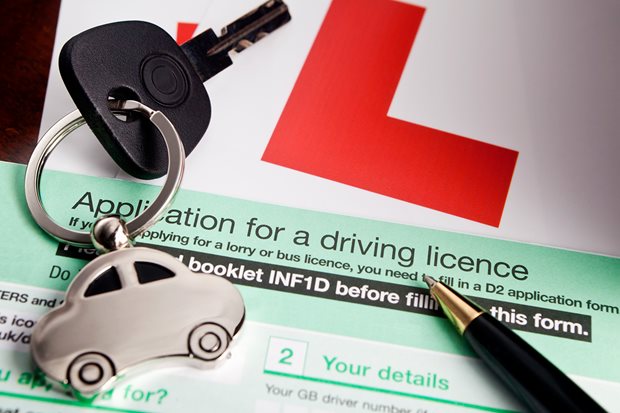 L- and P-plate restrictions by state

How learner and provisional drivers are restricted on the road in each state and territory in Australia. 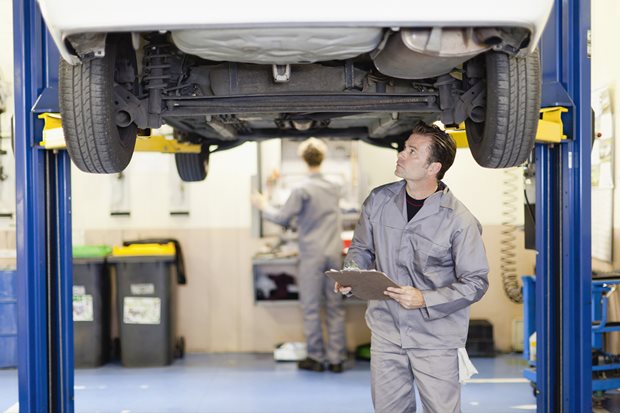 Should you get your car serviced at the dealership?

Contrary to popular belief, you don’t have to have your new car serviced where you bought it to protect your warranty. So are there advantages to using your dealer’s service...