WAY back in 2001 when I was Deputy Editor of 4X4 Australia, then-Editor Michael Taylor informed me we were going to include every new 4x4 in that year’s 4x4 of the Year test.

He asked me to compile a list of eligible vehicles; they had to be all-new 4x4s or significantly revised 4x4s that were launched the previous calendar year. There ended up being 23 vehicles on that list, from the Nissan X-Trail and Ford Escape through to the Nissan Patrol and Toyota TroopCarrier. And we were going to test them all. We arranged for all 23 vehicles to be dropped off at the Melbourne 4x4 Training and Proving Ground at Mount Cottrell, and then Michael told me he was off to the North American International Auto Show in Detroit, so I would have to conduct that year’s 4X4OTY test without him. But I digress...

You see, back then, 4X4 Australia tested every new 4x4, whether it had low-range gearing or not. Even vehicles with limited off-road capability such as the Audi Allroad Quattro were tested. At the time we thought there would be some reader interest in this growing part of the market segment. We called such vehicles soft-roaders, as we had yet to adopt the American term SUV. For the record, the granddad’s axe GU Patrol won the gong that year.

The following year, Michael was gone, and I sat in the Editor’s chair. We decided to stick with the ‘let’s test every 4x4’ plan, as we were the only 4WD magazine in the country with the resources to conduct such a test. When we sat down and made a list of eligible vehicles, this time there were only 17 of them. What a relief!

But the year after that there were 31 of them. It seemed every manufacturer was getting in on the soft-roader act, including Holden with its diminutive Suzuki Ignis-based Cruze, but we’d planted our flag in the sand and pushed on...

Now testing 31 vehicles in a week is no easy task. We came up with a plan that would see vehicles gradually eliminated over the first three days at the Melbourne 4x4 Training and Proving Ground, and then we sat down and decided on a shortlist of six vehicles that would go on to be subjected to further testing in and around the Victorian High Country. Obviously, no soft-roaders made it through to the final six; the judging criteria are biased to favour vehicles with off-road capability. After all, the magazine is aimed squarely at 4x4 enthusiasts, not drivers of the Holden Cruze.

As the years wore on, more and more soft-roaders hit the market and it got to the point that a new one was being launched just about every other week. We couldn’t keep up ... and there was not much point in doing so. We knew most of our readers couldn’t give a toss what the new RAV4 was like to drive, so we made a call: no more soft-roaders in 4X4 Australia.

Fast forward to 2010 and along comes the Volkswagen Amarok, a vehicle that proves a two-speed transfer case isn’t necessary for genuine off-road capability. Volkswagen had changed the rules. 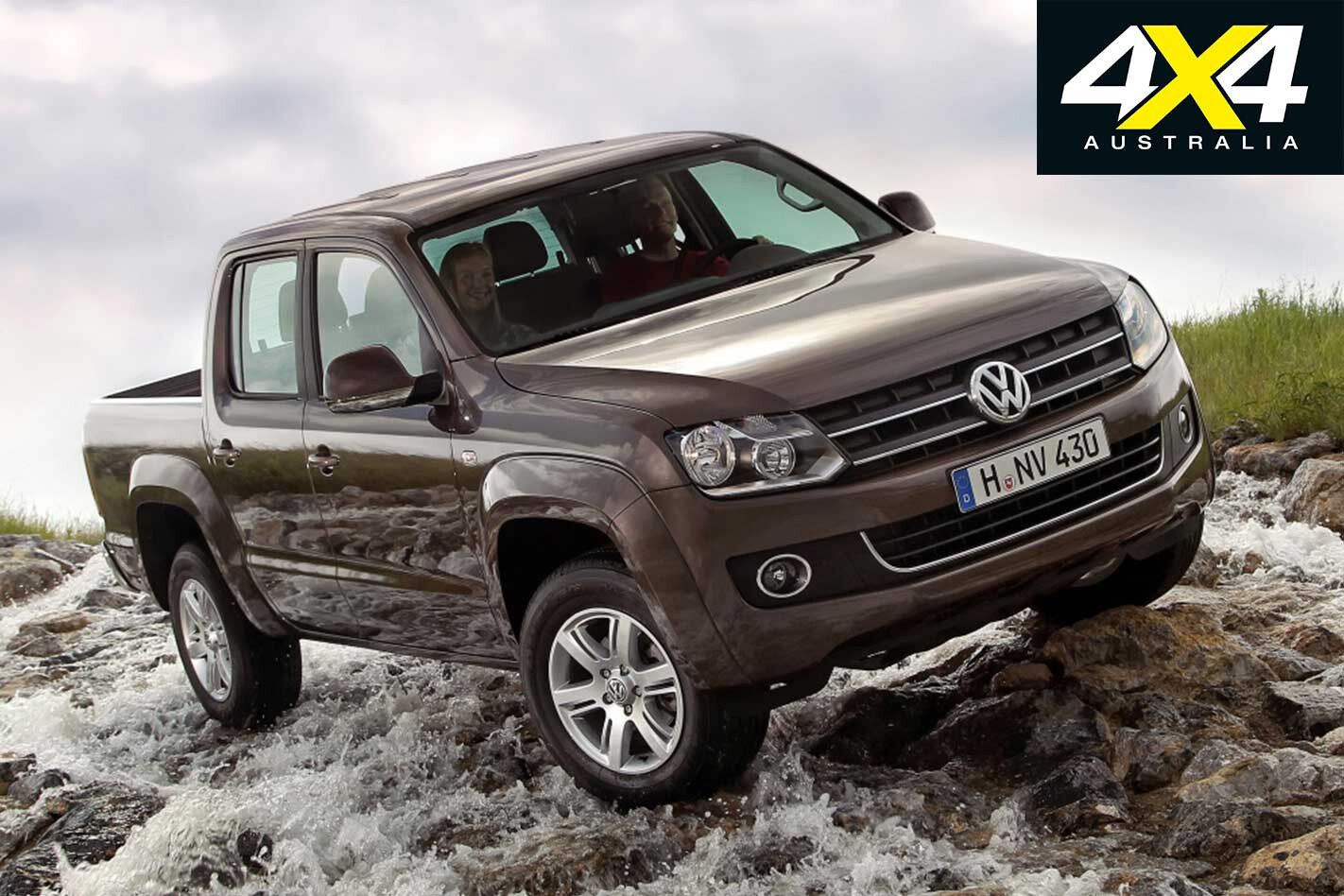 The other day I headed down to Tassie to drive the new Jeep Compass Trailhawk. There’s no denying the Compass is a soft-roader in just about every sense, with a car-like monocoque body structure, fully independent suspension and, like the Volkswagen Amarok, no low-range gearing.

But there is a caveat: it’s a Trailhawk model that Jeep insists is ‘Trail Rated’, making it a compact 4x4 with genuine off-road capability. The Jeep Compass Trailhawk doesn’t have low-range gearing, but you can lock it into the 20.4:1 first gear and it will climb with surprising ease in steep country. And the mode-selectable electronic traction control is great at arresting wheel spin when the Trailhawk cocks a wheel in undulating terrain, which is just as well because it has a distinct lack of droop travel.

Is the Trailhawk capable enough off the road to be included in next year’s 4X4 of the Year? Probably not, but it blurs the lines between soft-roader and off-roader.